We all crave that romantic, passionate love that burns our lips and lifts our soul. But what to do when we find ourselves caught up in doubt about our man’s feelings?

Do we walk away or stay fighting? Are we even sure he no longer loves us?

To answer at least some of those questions, we have gathered together signs that could help you see if he loves you and if he is worth fighting for.

Contents show
1 1. You can’t remember the last time you heard, “I love you”
2 2. He no longer laughs with you
3 3. Talk about the future fades away
4 4. The relationship feels like a routine
5 5. You don’t communicate as much as you once did
6 6. He doesn’t seem to care about the little things anymore
7 7. He tries to avoid intimacy
8 8. He started turning his phone off
9 9. You’re the only one trying
10 10. You’re exhausted after spending time together
11 11. He doesn’t care about spending time with you

1. You can’t remember the last time you heard, “I love you”

It’s been ages since you heard him express his feelings toward you. You can’t even remember the last time he said he loved you after you said it first.

All you can remember are uncomfortable silences, looks off into the distance and him changing the subject. Trying to force the love, or the words to express it, doesn’t work.

No matter how hard you try, you can’t force yourself to roll those words off your tongue if you don’t feel them. This is the first and biggest sign that he’s no longer in love.

2. He no longer laughs with you 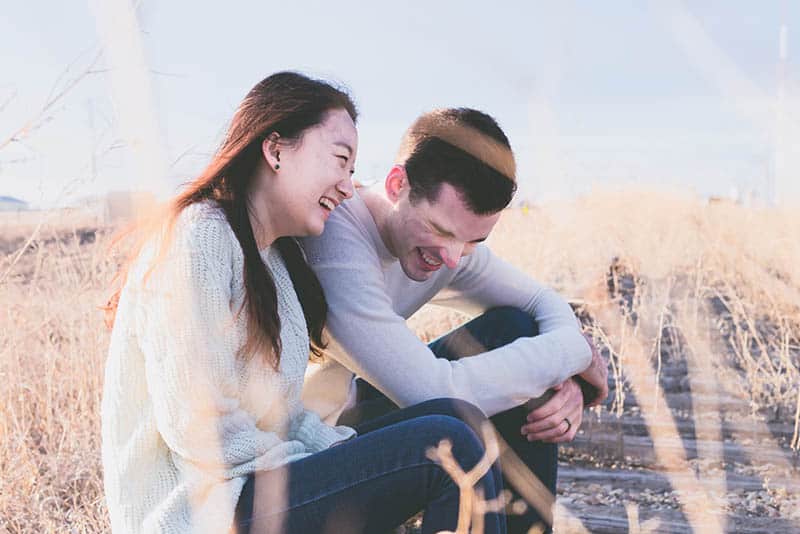 You used to have fun together, laugh together, spend time together. But now he laughs by himself, with his phone in his hand.

He laughs at his TV shows, deafening you with the silence that remains after he stops laughing.

And when you gather enough strength to ask him to share it with you, he simply replies with, “You wouldn’t get it.” But you can still clearly remember the times when you just had to look at each other and you would start laughing.

Those times when you were thinking, hearts beating and laughing in sync, but it seems he no longer remembers them.

3. Talk about the future fades away

In the beginning, all you two seemed to talk about was the future.

Future vacations, trips, and movies you were going to see together, and what your house would look like someday.

It’s natural for guys to talk about the future when they’re excited to share it with someone. But now, you can’t even remember the last time he mentioned a future for you two.

That could be because he doesn’t see you as a part of it anymore.

There’s no more passion and excitement in his eyes. He doesn’t wait up for you when you’re working long hours. He doesn’t welcome you home.

Instead, he watches TV, barely aware of your presence.

When he kisses you, his mind is miles away.

When he holds you, he doesn’t hold you as tight as he used to. Instead, his arms are just there, wrapped around you, cold as ice.

Everything he does, he does it like a machine, with no emotions, simply doing them because he’s used to doing them, not because he enjoys them.

5. You don’t communicate as much as you once did

He no longer talks about his life, how he’s doing at work, how his day was and he isn’t interested in yours.

6. He doesn’t seem to care about the little things anymore

He used to cook you dinners, bring your coffee to bed and kiss you on the forehead every time he passed you by.

He was funnily annoyed by the way you eat cookies like Cookie Monster and when you make faces when eating Indian food. But now, he couldn’t care less.

No matter what you do, the way you do it and how hard you try, he just doesn’t seem to notice at all.

7. He tries to avoid intimacy

He no longer kisses you or hugs you. When you go to sleep, each of you is on your own side of the bed.

When you try to make love to him, he suddenly remembers he has something to do, or he’s tired or busy.

Lack of sex is usually the biggest problem in a relationship and a sign that something is wrong.

If you notice that your sex life is lacking, but your man refuses to talk about possible causes, that’s because he already knows why.

8. He started turning his phone off 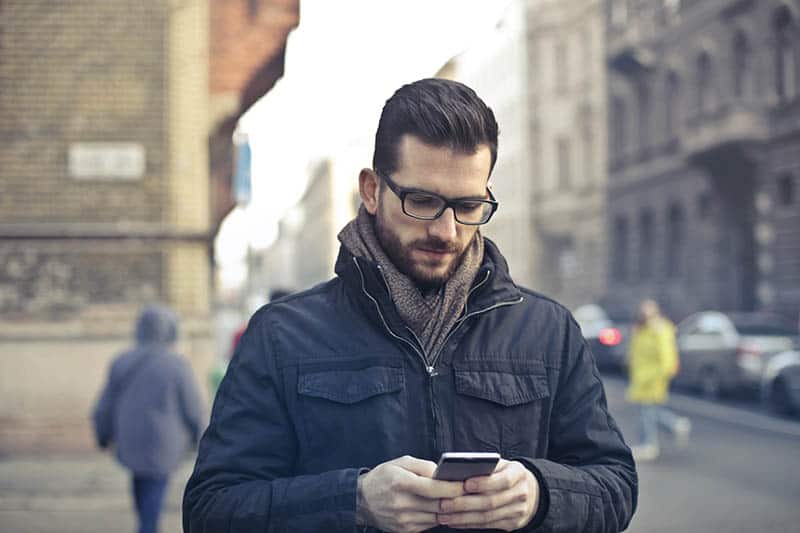 We all crave some rest from our phone after a long day at work, but most of us will just silence it. But if he starts turning his off, and you’re not able to get in touch with him, that’s a sign he just doesn’t want to talk to you.

On the other hand, if he starts taking his phone wherever he goes, including when taking out the trash, that could be a sign that he’s hiding something or someone from you.

Either way, that’s a sign of a doomed relationship.

9. You’re the only one trying

You’re only postponing the inevitable. Unless he’s ready to sit down with you and discuss the issues you have and what to do to solve them, there’s no point in fighting for something that’s long gone.

Otherwise, you’re only suffering more, hoping that if you try a little bit harder, it will work out.

But until he puts in a little bit of effort too, there’s no way that relationship can work out.

10. You’re exhausted after spending time together

Your nerves are constantly on edge, thinking about what to say next, what to do. Thinking about how to approach him, hoping he will not run away.

Things that used to come naturally to you two now feel so frightening.

After you separate, you feel exhausted from trying to do the right thing, from calculating every single move you will make. And trust me, he feels the same.

11. He doesn’t care about spending time with you

No man enjoys his woman out there partying without him, without letting him know where she’s going or at least making sure he knows she’s okay.

But if he doesn’t show any interest in where you’re going or for how long, that’s because he doesn’t really care.

He enjoys spending time without you, probably hoping that you will meet someone else because he’s already made up his mind about this.