Being a blunt person means you’re real, and you don’t have time for anyone who isn’t. It doesn’t mean you’re rude, nor does it make you mean.

It just means that you are comfortable enough with yourself to be honest with those around you, hoping they’ll return the favor.

But often it turns out that you have to mince words and watch out not to hurt somebody’s feelings by your sincerity that is in no way meant to insult anyone.

There is nothing wrong with being genuine. It only means you don’t have time for games. You say it like it is. You don’t sugarcoat anything, and you never mean anything to come off as rude.

It’s the people who choose to see this as something negative, whereas they should be thankful to have a person in their life who will always tell them the truth and not say nice things just for the sake of them feeling good about themselves.

That’s not friendship if you have to watch what you say at all times, anyway.

You wish people would start appreciating your transparency no matter the situation because it’s not always easy being the only one who has to say things that other people think but are too afraid to say out loud.

Unfortunately, there are people in this world who aren’t aware of the distinction between being blunt and being rude, so here are some struggles that I’m sure all us blunt people can identify with on a daily basis.

1. People ask you for advice on basically anything, even if you know nothing about the topic, because they know you won’t mince words.

But when you give them your honest opinion, they get offended if it’s not to their liking.

2. Small talk bores you! You are so annoyed when you’re in a situation when you have to talk about trivial stuff, like weather, clothes, other people… it’s not how you like to spend your time.

You prefer talking about important and interesting stuff, something of substance. Gossip and such don’t interest you. 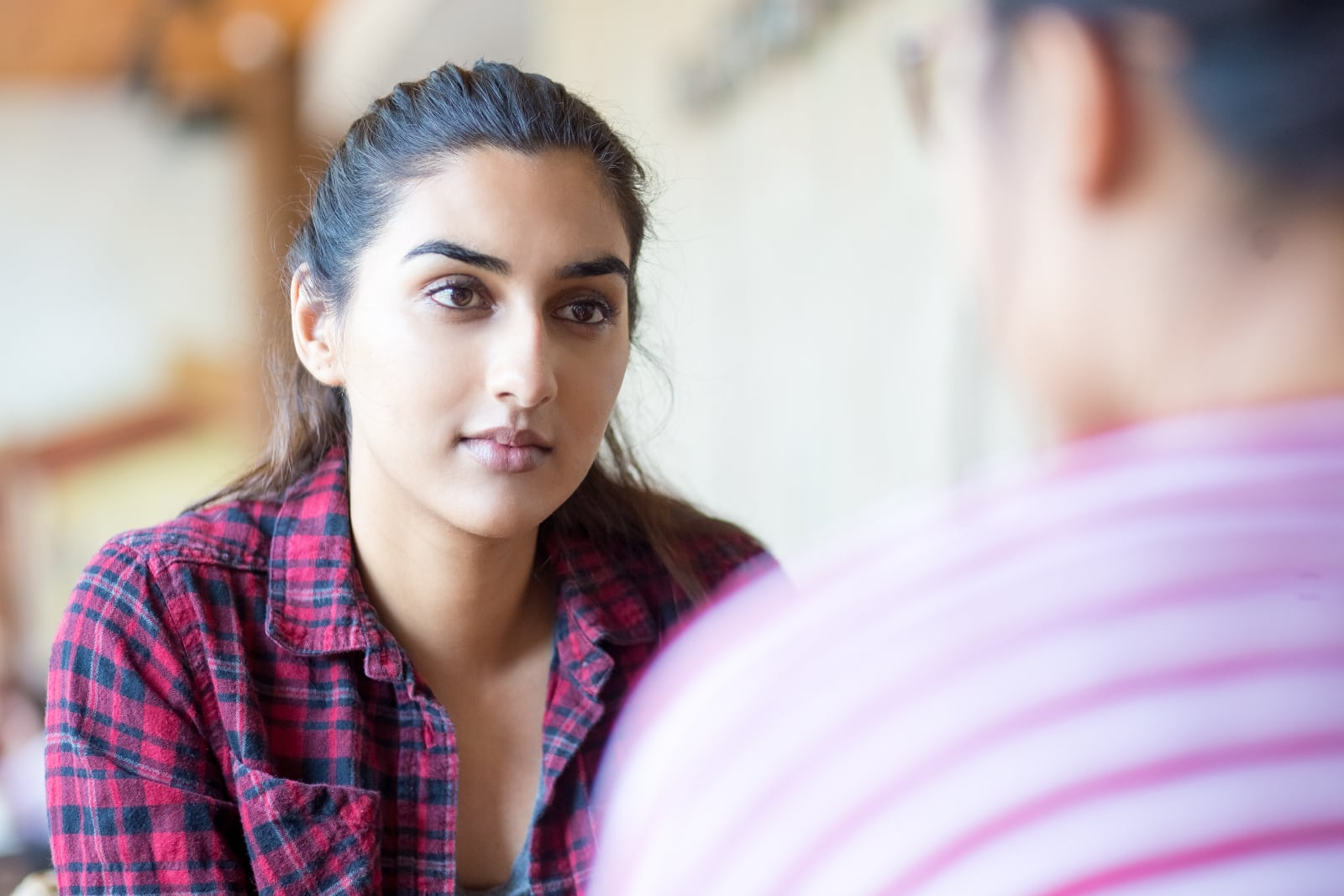 3. Sometimes, even your friends playfully tease you about your straightforward demeanor, subtly insinuating that maybe you should take it down a notch.

But all you’re being is honest, and it’s so annoying how people can perceive it as anything but. You refuse to be fake, and that’s that.

4. When there’s someone new hanging out with you and your crew, you are usually introduced as someone who “doesn’t bite’’ and honestly, it’s just plain disrespectful.

People get the wrong idea about you from the get-go, and it’s not okay.

5. You get very uncomfortable around highly sensitive people because you feel you have to be extra careful around them.

And you don’t like having to walk on eggshells around anyone. So, it’s just plain awkward.

6. You can’t even count how many times you’ve had to say, “Relax, I’m just joking!’’ to your friends and basically anyone!

They always somehow manage to turn a harmless, honest sentiment from you into something to apologize for.

They can get sooo easily offended, and it’s like they don’t know you at all.

7. Since you’re the only one who will always say what you mean without sugarcoating it, you’re often forced to go shopping with your friends—and a lot!

You’re the only one who won’t be afraid of telling your friend that her new pants look like something a cat threw up.

8. If one of your friends was a drunk mess the night before and did something embarrassing or annoying, nobody will say anything, but rather look at you, insinuating that you should be the one to tell them what a mess they were and reprimand them.

9. You always get set up with people who they deem “just as mean’’ no matter how many times you’ve told them how harsh that is and that opposites attract.

10. You act differently around people you like and those you dislike.

Usually, when you like someone you will be very relaxed, sarcastic and totally open around them, but when you’re in the company of someone you don’t like, you’ll be more reserved, quiet and extra careful not to say something that could potentially offend them. 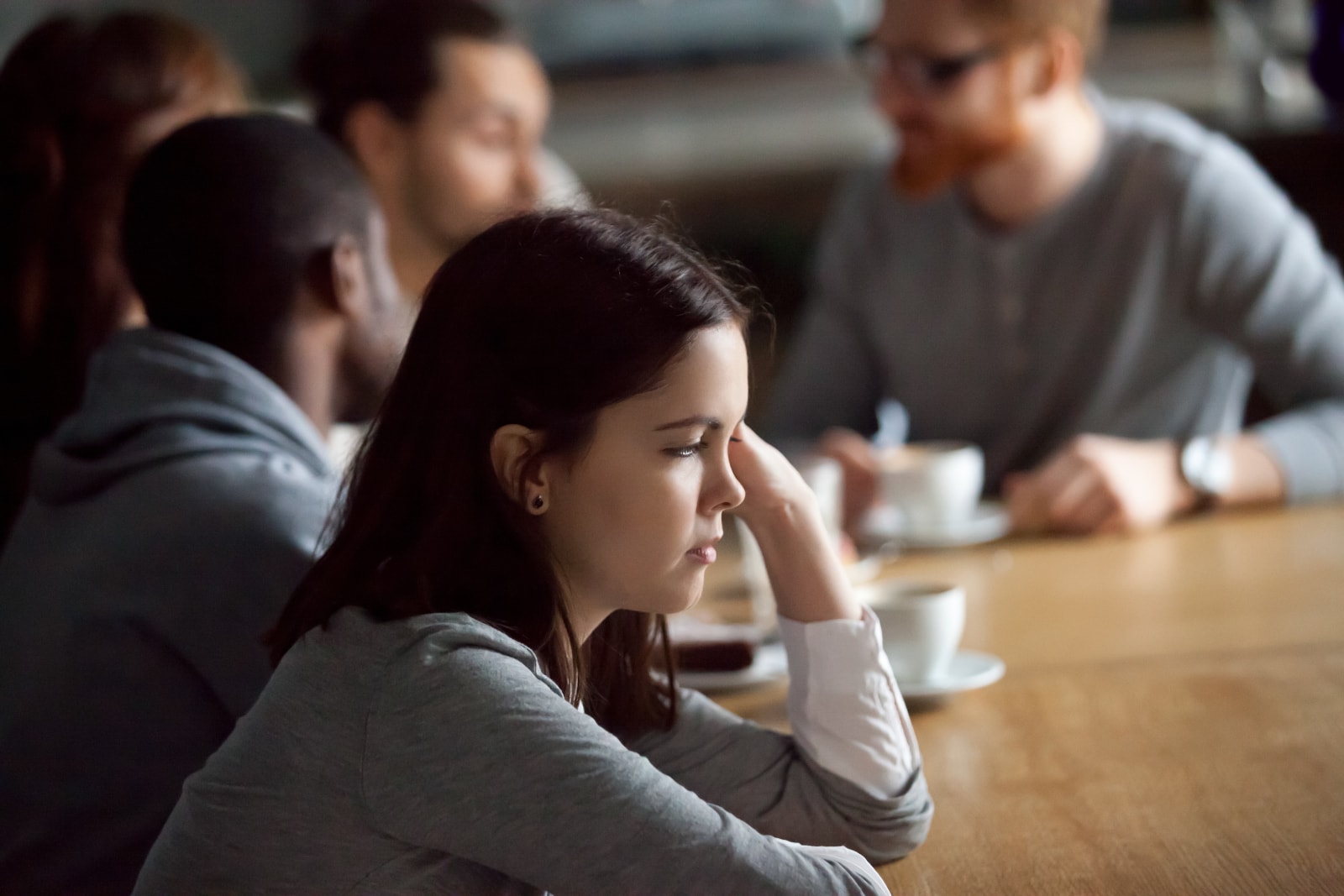 11. People usually make fun of and joke about how you’re mean, but they don’t seem to understand the idea of honesty.

You always have to struggle with the feeling of constantly being misunderstood and being introduced to people as someone you’re really not.

You just really hope that people can start appreciating you for the genuine person you are because if you stopped being who you are, they wouldn’t have anyone in the friend group who would be able to tell them the harsh truth when they really need it.

12. You find it so unnecessary and rude when your friends call you out in front of new people when you’re being polite.

They seem to forget that you are only blunt around them, and you always try to be considerate when there are new people around you.

You’re never blunt for the sake of being mean! And you really wish people would get that already.

13. Since you’re so honest about everything, people just assume you hate so many things, but that couldn’t be farther from the truth!

You just don’t feel the need to say you like something just for the sake of seeming nice.

When you like something, you’re not afraid to show it, and when you don’t, you make it clear. If people still don’t get that, it’s their problem.

14. One of your biggest problems is when you actually do like something, like your friend’s new dress for her sister’s wedding, or her new car that she just bought.

You have to be overly enthusiastic in order for them not to think that you’re being sarcastic or saying it to make them feel good!

You always have to be careful regardless of how much you actually like something. It’s like a vicious cycle, and it’s sooo tiring.

15. The word ‘blunt’ has such negative connotations, and you prefer to be called ‘honest’ instead. Because in all honesty – that’s exactly what you are! 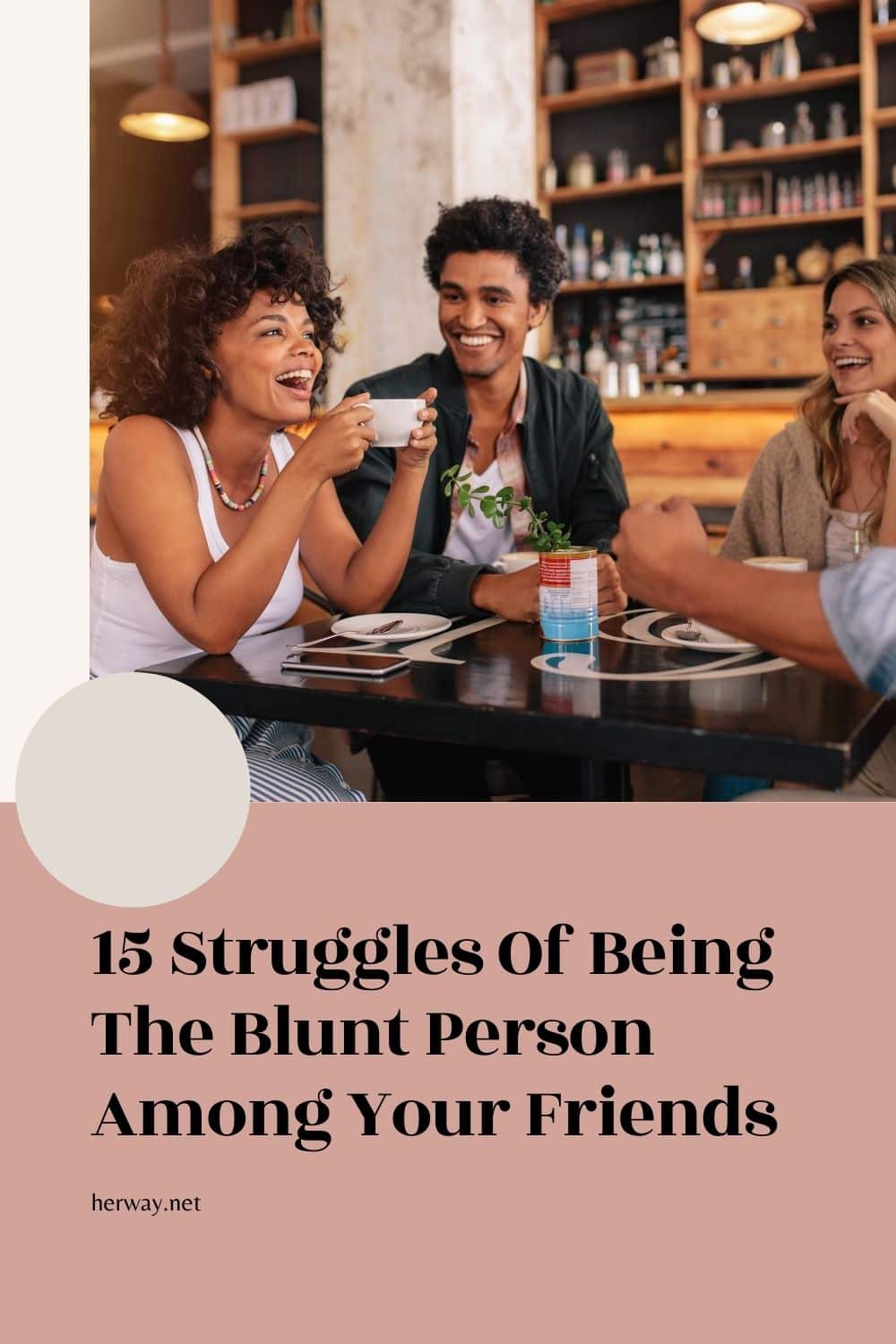