Guys love their girlfriends. They really do. They love to see your smile when they are trying hard to make you laugh.

They love observing you because they can’t get enough of you, and your inspiring energy is a true blessing.

They love spending time with you watching movies, going on adventures, being your partner in crime, and muchmore.

But, sometimes they can’t help themselves but feel a little bit annoyed about some things you do, yet seldom they will tell you about it.

They are aware that they themselves are far from being perfect, so no matter how much you drive them crazy, they will put up with it (just as you’re putting up with them).

The key to a happy relationship is in constantly improving to become the best version of yourselves.

The first thing you need to ask yourself is whether your partner has ever walked away annoyed all of a sudden for no apparent reason? Has he ever behaved strangely around you, refusing to tell you the reason for it?

If yes, chances are you’ve probably had one of those annoying girlfriend moments that every girlfriend has experienced at least once.

But, there’s no need to worry about it because everything can be fixed. After all, that is the point of a relationship – to build and rebuild over and over again until you reach ultimate happiness.

So, if you don’t want to have the label of an annoying girlfriend, avoid these 18 habits, and your man will boast to others what an amazing girlfriend he has.

But, psst! (Don’t tell him you’ve discovered his little secret about annoying habits he doesn’t want you to know about).

Let him think that you’re a goddess by nature, that you simply know how his brain functions and how to act accordingly.

Contents show
1 Talking about your relationship issues with other people
2 When you keep talking while he’s playing games
3 When you warm him up and then leave him with a hard-on
4 Men hate when you’re not giving them some space for themselves
5 When you’re chronically late
6 When you disturb their quiet zone
7 When you pay too much attention to other men and neglect him
8 When you ask him that worn question: “Do I look fat?”
9 When you use sex as a weapon
10 When you don’t understand the things he’s interested in
11 When you’re pushing him to do something he doesn’t like
12 When you expect him to read your mind
13 When you appear too needy or too independent
14 When you steal his food
15 When you can’t take your eyes off your smartphone
16 When you say, “Fine!”
17 When you hold grudges for too long
18 When you pose entrapping questions

Talking about your relationship issues with other people 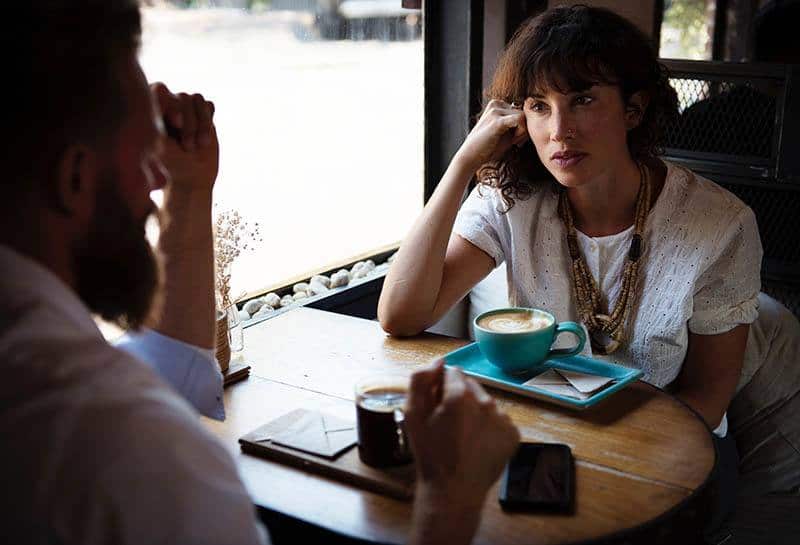 If there’s one thing that guys really hate, it is when their girlfriend shares their relationship issues with other people, and not only shares, yet pretends to be a real psychologist with her friends, analyzing every single detail of what happened.

Just like other guys, your guy thinks what happens between the two of you should stay there and not become the number one topic between your friends and family.

They prefer dealing with their issues in silence instead of discussing them with others.

When you keep talking while he’s playing games 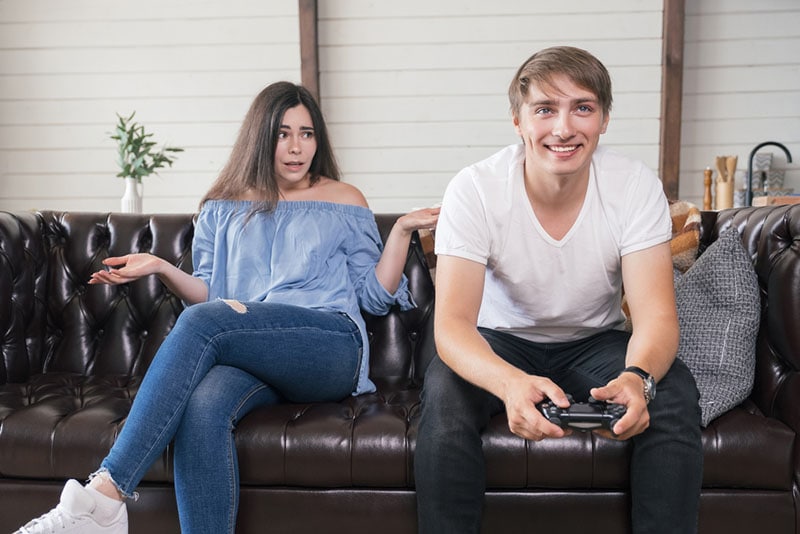 To guys, playing games is like becoming a true hero who is going to rescue the world from its troubles.

If you keep talking while he’s doing that, he will not be able to enjoy his role of being virtually tough and masculine.

Of course, he won’t say all of this to you so that he doesn’t offend you.

He will just nod and pretend that he’s listening to you, but deep down in his soul, he will pray to God for a moment of silence. 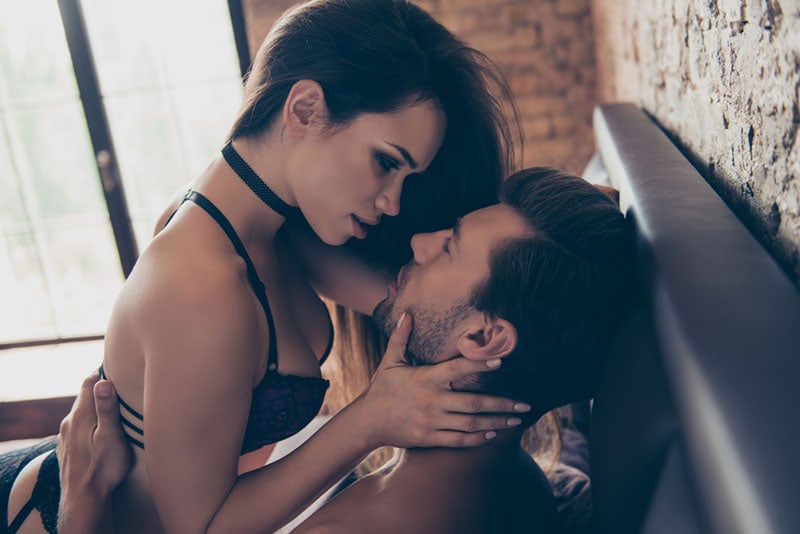 Can you imagine the amount of catastrophe in his mind when you give him hope that you’re going to have sex with him, and then change your mind about it, thus leaving him with a hard-on?

It’s like you’ve just cut off his two hands and left him bleeding until you come back again (but, then it will be too late). Just don’t do that (if you want to spare him the trouble and agony he has to go through). 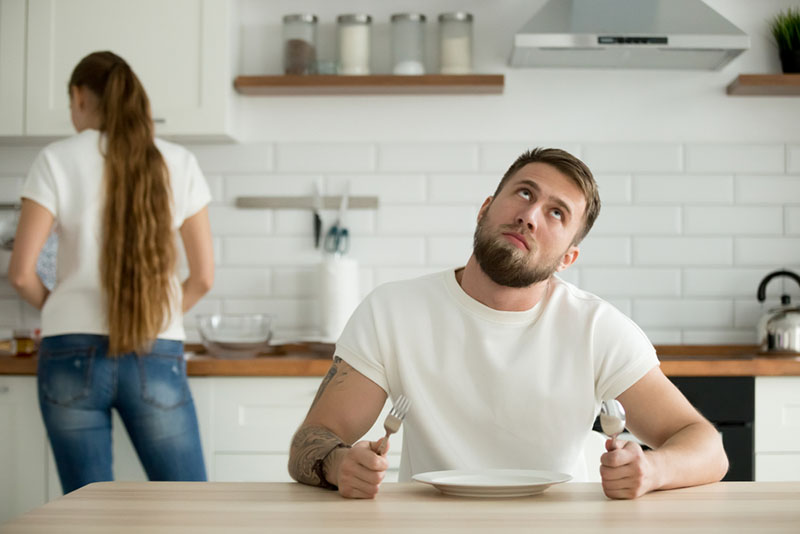 Yup. They really hate when you’re constantly around them, forcing them to do things with you when they are not in the mood.

They hate when you don’t understand their need for space and having time for themselves even if it just means staring at the ceiling (yup, guys can act pretty weird sometimes).

Don’t think that their need for some time to themselves means they don’t enjoy spending time with you.

They do enjoy spending every second with you, and they will enjoy it even more once you give them what they want—and that is some space. 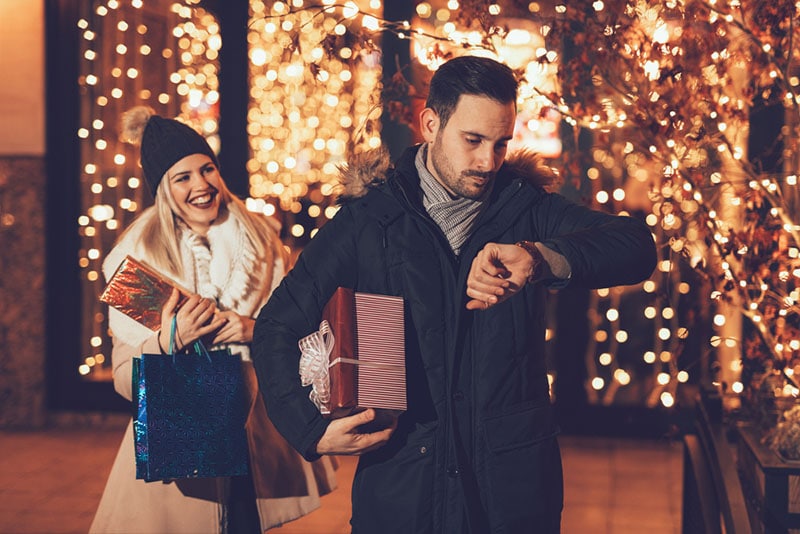 But, if you’re constantly late wherever you two are going, it will annoy the fuck out of him.

Guys simply don’t understand your urge to look perfect for every possible occasion, and no matter how hard you tried to explain to him the reason for your being late, they will never understand it.

They don’t understand the issues you might have with your mascara or powder, so whatever you say to them, your reason in their eyes will be invalid.

When you disturb their quiet zone 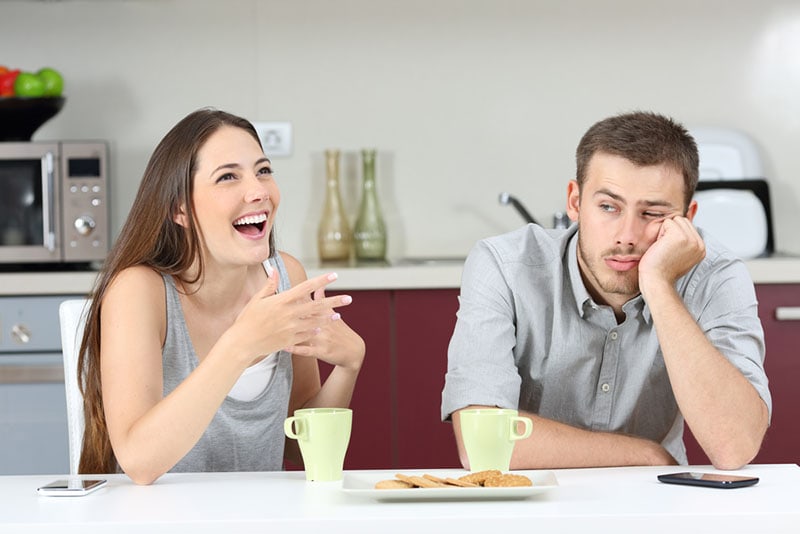 When they have finally found their Zen and inner peace, all of a sudden you come to them, babbling about that annoying colleague from your work you can’t stand.

Or you start talking about your ashy skin and that expensive product that didn’t solve shit. Do not disturb their quiet zone no matter what (you can thank me later). 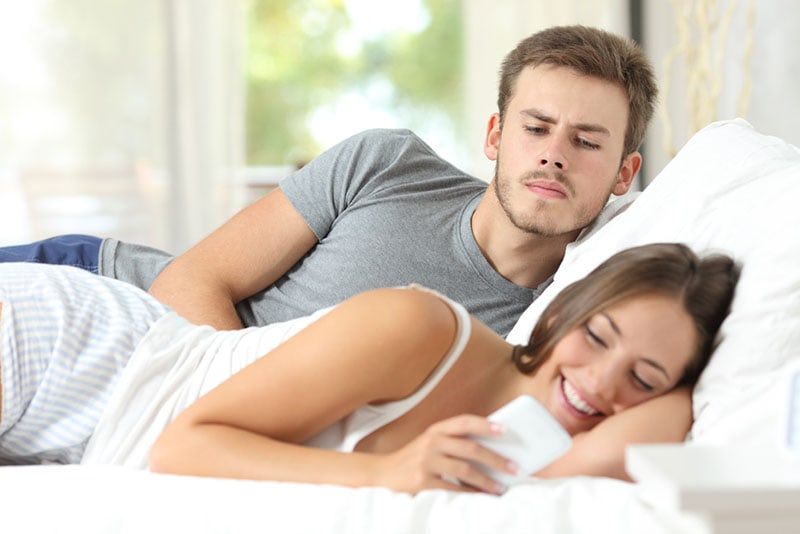 It doesn’t matter if the other men are just your friends or colleagues. In his eyes, they are a potential threat that he needs to exterminate.

So, when you pay too much attention to them and neglect your man’s existence, he will freak the fuck out.

He will become confused and annoyed because he can’t stand it, but he also can’t do shit about it.

Always make sure to include your guy in the discussion as well, and pay attention to his body language to see if he’s on the verge of freaking out.

When you ask him that worn question: “Do I look fat?” 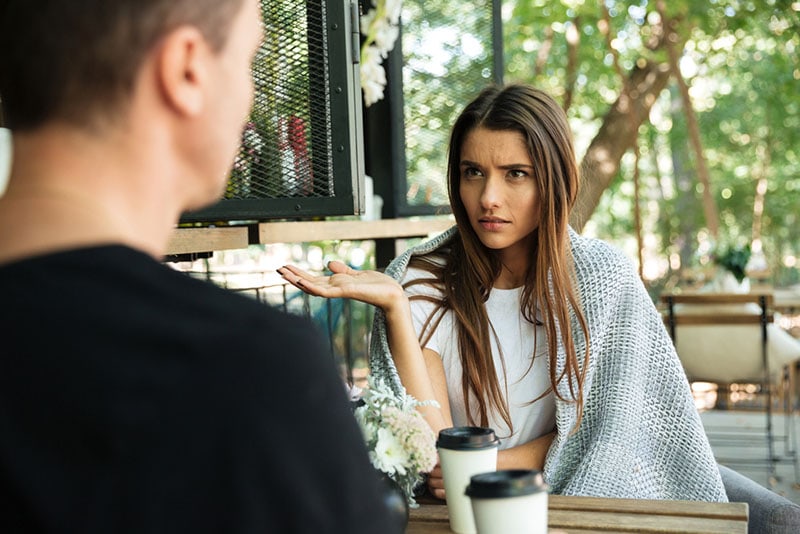 Just stop doing that. There’s nothing more annoying to any guy out there than to be asked that worn question whether you look fat.

And every single one of them will tell you: Of course, you don’t look fat, darling!

Now let’s get some things straight. If you have a mirror in front of you and your vision serves you well, why would you ask such a thing in the first place?

Even worse, why would you ask your guy such a thing (when you already know his answer)?

Just don’t do that. Be your own judge, and believe what you see because that is the only way to improvement.

So what if you have some extra pounds? If it is annoying you, just roll up your sleeves, sweat your ass off in the gym, and see the results. But, do not ask him.

When you use sex as a weapon 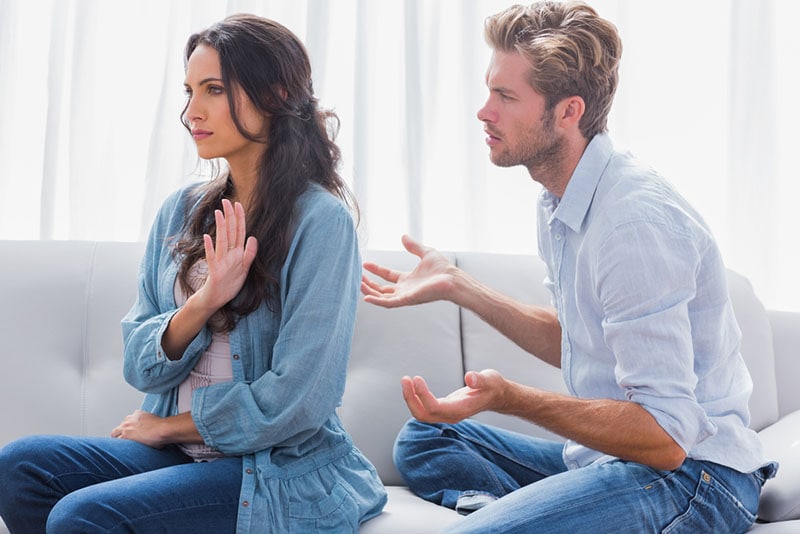 I know that it’s in every woman’s blood to use her assets to her advantage, but if you do that in terms of sex, he won’t be that pleased.

Don’t blackmail him that he ain’t going to get near you if he doesn’t fix that washing machine or doesn’t do other household chores that you strictly ordered.

Don’t use sex as a weapon because it might turn against you.

When you don’t understand the things he’s interested in 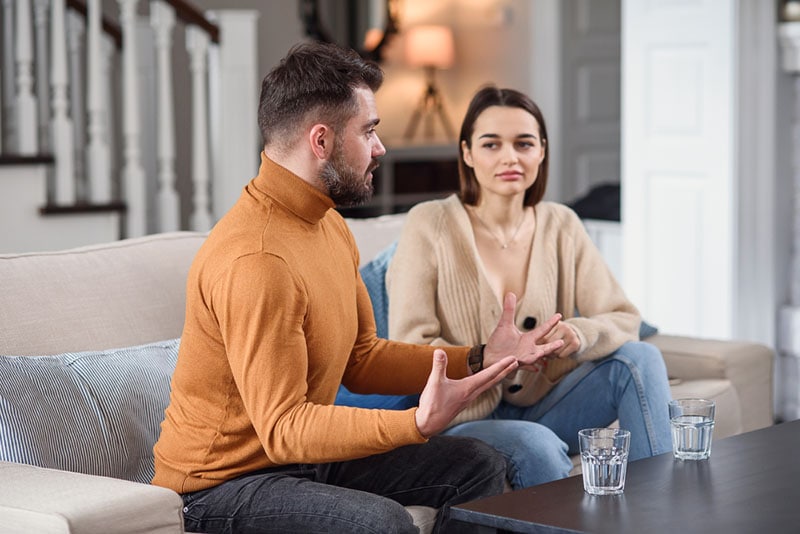 If he’s into some weird hobbies that you find a waste of time and no matter how tried, you simply cannot understand why he would occupy himself with such bullshit, do not judge him.

If you do, he will feel annoyed and will blame you for sabotaging his happiness. Just let him do what he has to, and you’ll save the both of you lots of irritation. 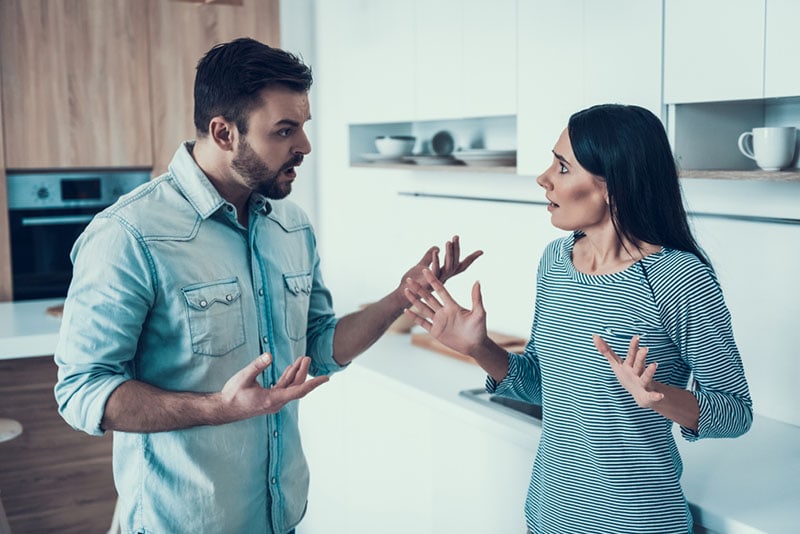 If you’re dragging him to try that vegan restaurant your aunt suggested and you know for a fact that he is a strict meat eater, he won’t be happy.

If you’re forcing him to accompany you while you go shopping for a lipstick or something else that reminds him of the word ‘feminine’, he won’t be happy.

Don’t push him to do things he doesn’t like, and he’ll be thankful to you.

When you expect him to read your mind 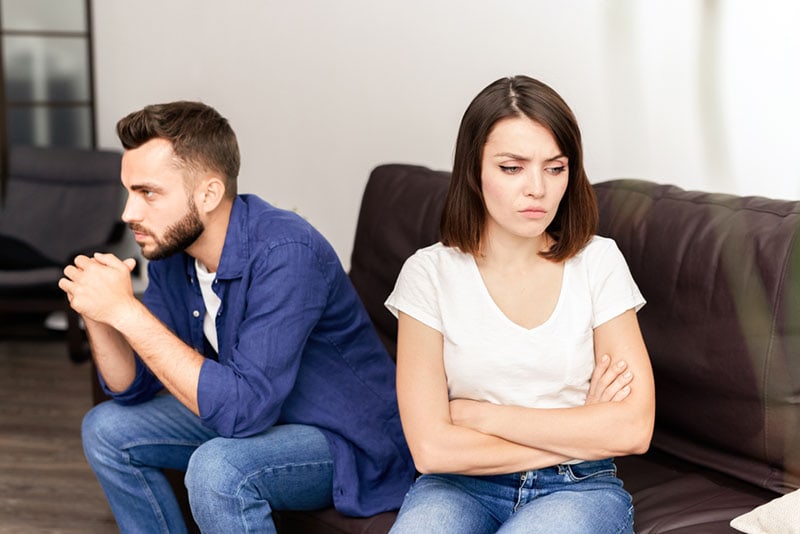 Many girlfriends make this mistake by assuming that their partners know their roles, and they will act accordingly.

But, the truth is they have absolutely no idea what they are ought to do, and you simply have to tell them.

When you appear too needy or too independent 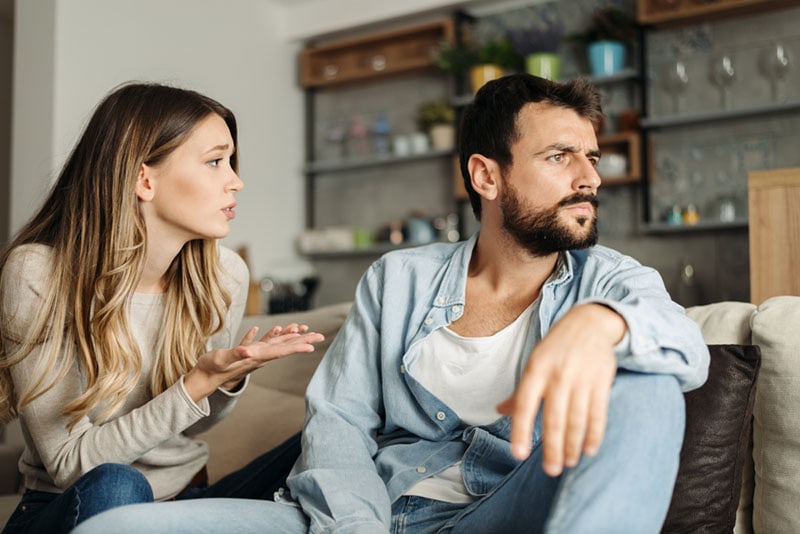 Yup, it is really hard to find the perfect tune for them to enjoy.

So, the best thing you can do is to be moderate. Don’t be too needy or too independent. Ask him from time to time for his help, and do what you can by yourself.

It’s the only recipe for a happy relationship.

When you steal his food 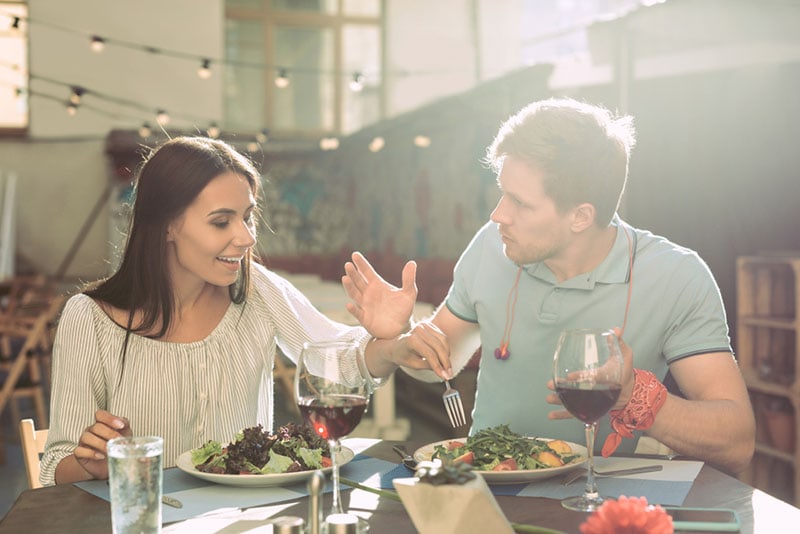 If you say to him that you’re not hungry and then when he orders food for himself you immediately devour the whole plate because you can’t control yourself (or you didn’t know that you’re hungry), it really gets on his nerves.

He might act like he really doesn’t mind you doing that, and he finds it cute instead, but the truth is that you’re annoyed the fuck out of him because you didn’t order your own food, and you’ve eaten all of his.

And now he’ll have to order more of it (but this time for himself, or maybe not?).

When you can’t take your eyes off your smartphone 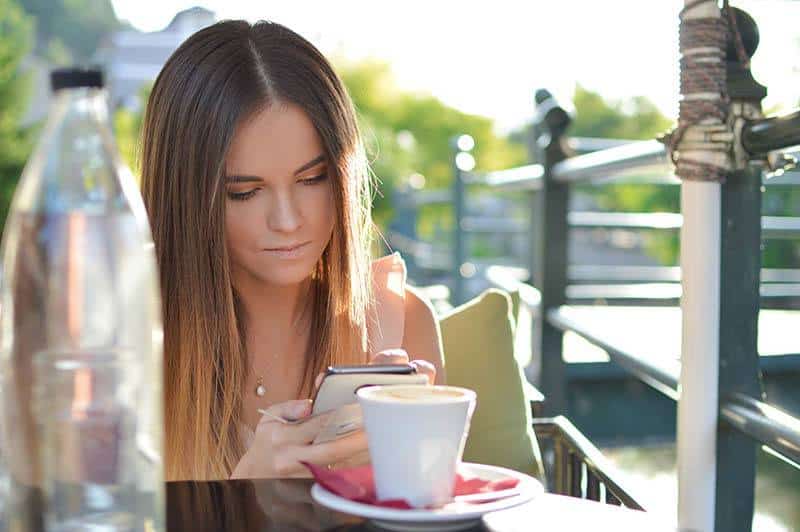 When he’s trying to talk to you, when you’re eating or when you’re driving and you simply cannot take your eyes off your smartphone no matter what, he will be appalled.

is really frustrating when you can’t be with the person at a certain moment because she’s busy looking for the latest anti-pimple cream or anti-cellulite cream. 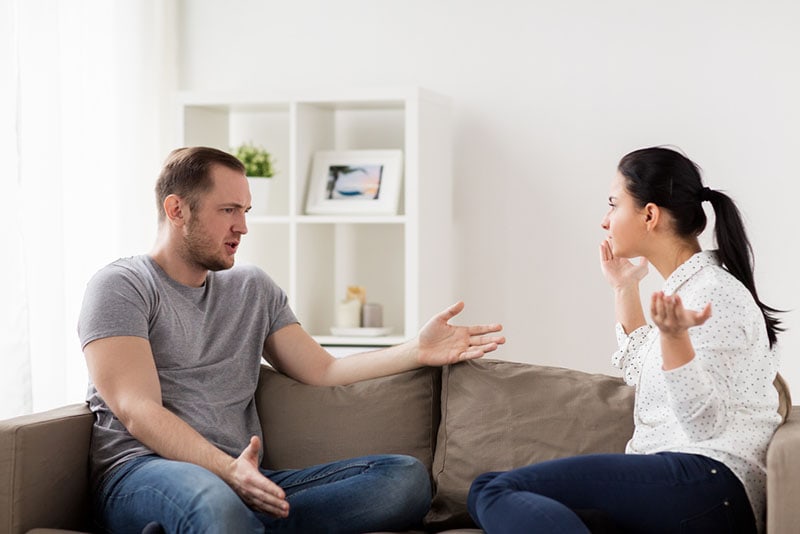 I guess you can’t even imagine what kind of scenarios are going through his brain when you say the word ‘Fine’.

But, let me try to demonstrate it to you. When you say the word ‘Fine’, his world collapses.

He knows that he fucked something up; he knows you won’t tell him; and he knows he will have to spend another three days contemplating it, waiting for your passive aggressiveness to stop.

But, lucky you, he will be comforted by the fact that he’s not the only guy who is going through this.

When you hold grudges for too long 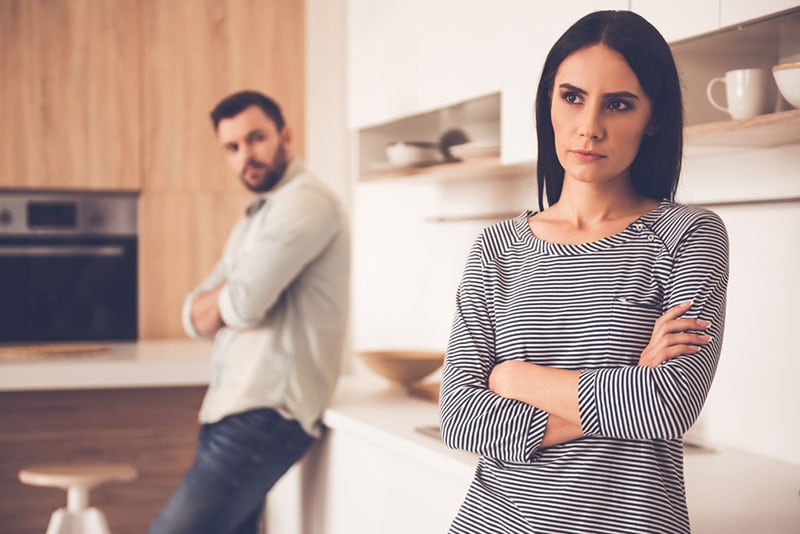 Yup. He really hates it when he does everything in his power to convince you to let go of something and stop being mad at him, and you still hold grudges no matter what he says.

It’s killing him inside out, so try to spare him his misery sometimes, and don’t leave him desperate for too long.

When you pose entrapping questions 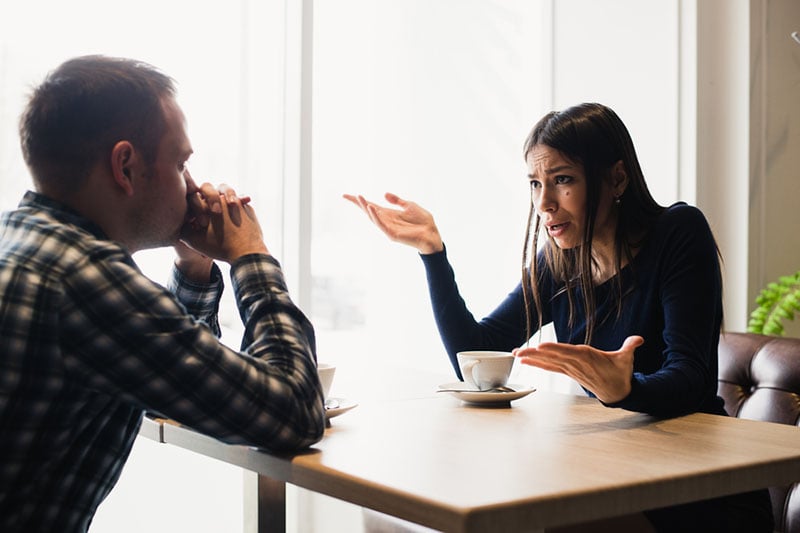 Men fear questions in which you ask them their opinions on your friends’ appearances, some sensitive questions regarding your health, and similar.

Their brain automatically stops functioning, and the only thing they think about is whether they’re going to fuck things up or say what you want to hear.

Don’t pose entrapping questions (if you don’t want to drive them completely crazy). Try to keep it simple because, after all, men are quite simple beings. 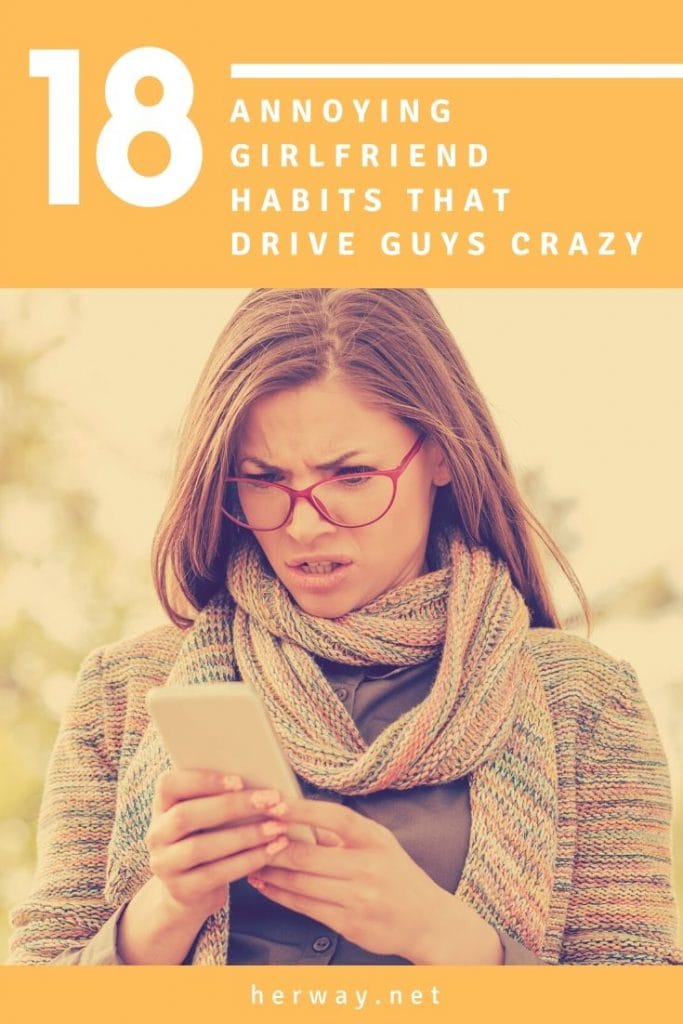