As much as playing hard to get might seem like the perfect option when you’re trying to win over your dream guy, in many situations, it’s actually quite ineffective.

And the simple reason for that is the fact that men are tired of playing games.

They don’t want to go after a girl who keeps sending them all these mixed signals, and keep having to decipher what the heck she actually wants.

They are done with chasing somebody who clearly can’t be bothered to show the slightest interest in them for the purposes of appearing untouchable and therefore worthy of being chased and adored.

It doesn’t work that way anymore.

By no means am I saying that you should put all your cards on the table at once, but you definitely need to show him something worthy of being pursued, otherwise he’s out the door!

What you want to do is find that perfect balance between playing hard to get and offering him yourself on a silver platter.

You don’t want him to see that you’re playing him, so the ideal thing to do is make him want you, but still keep an air of mystery about you that will keep him coming back for more.

And this is precisely how you are going to achieve that, step by step.

Contents show
1 Let him in, but don’t reveal too much too soon
2 Don’t be a copy of other women, stand out by being 100% your authentic self
3 Be fiercely independent but don’t shut him out
4 Be interested, but keep him on his toes every now and again
5 Make him see that you want him, but not at all costs

Let him in, but don’t reveal too much too soon 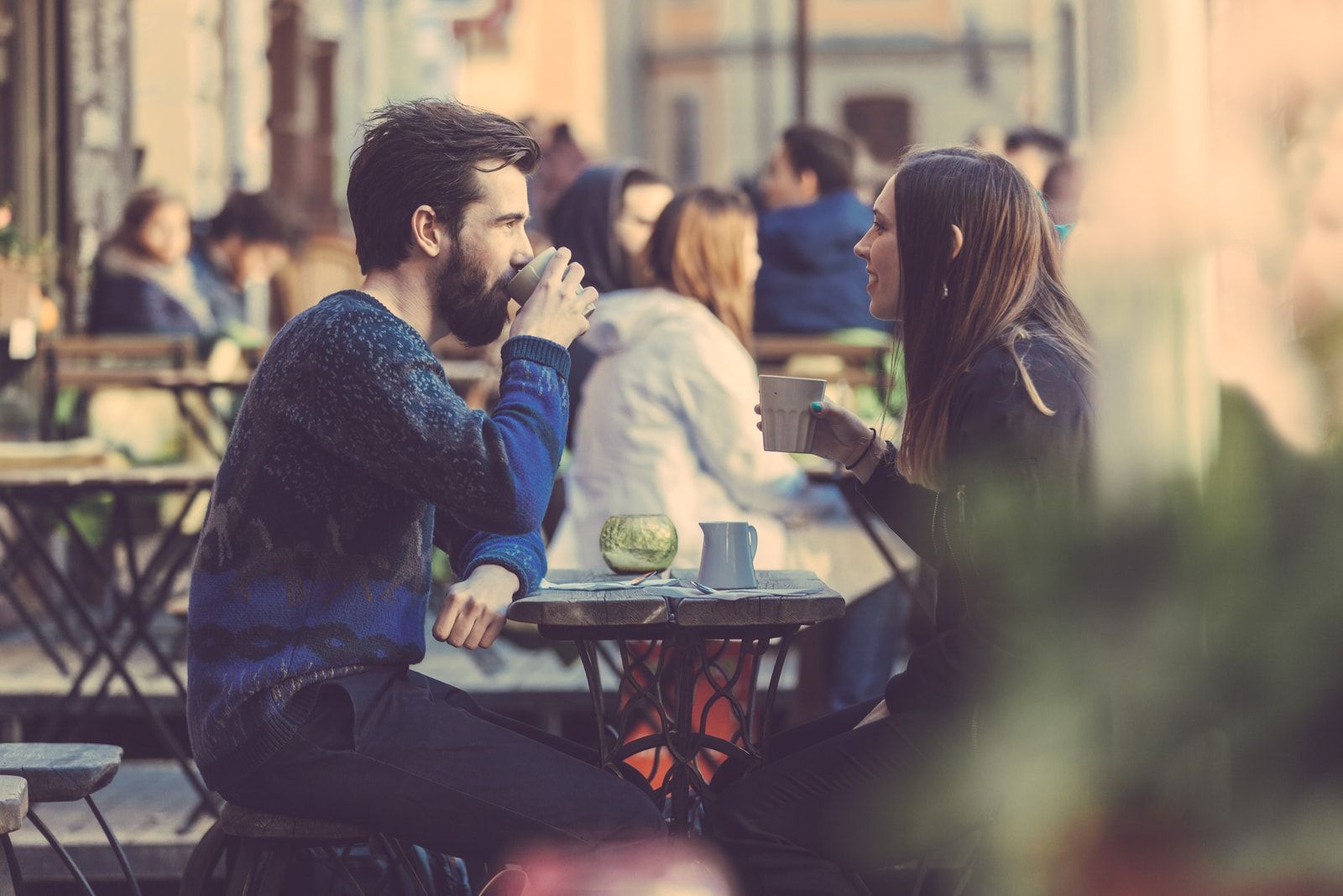 If you really dig this guy, you’re probably going to be tempted to be fully transparent with him and give him your heart a bit too soon.

That’s understandable, since you don’t want to lose him, so your first instinct is to just lay it all on the table at once.

But that’s exactly what you shouldn’t be doing.

As you’re getting to know him, what you want to do is let him in bit by bit so as to not overwhelm him, and to always have something new to share as your relationship progresses.

You don’t want to scare him away by sharing the gruesome details of your recent breakup (and appear needy or desperate) or by telling him about your painful period cramps on the third date.

There will be plenty of time to share all the good and the bad about yourself.

Just keep it light in the beginning, and as your relationship deepens, so will the topics of your conversation.

Don’t be a copy of other women, stand out by being 100% your authentic self 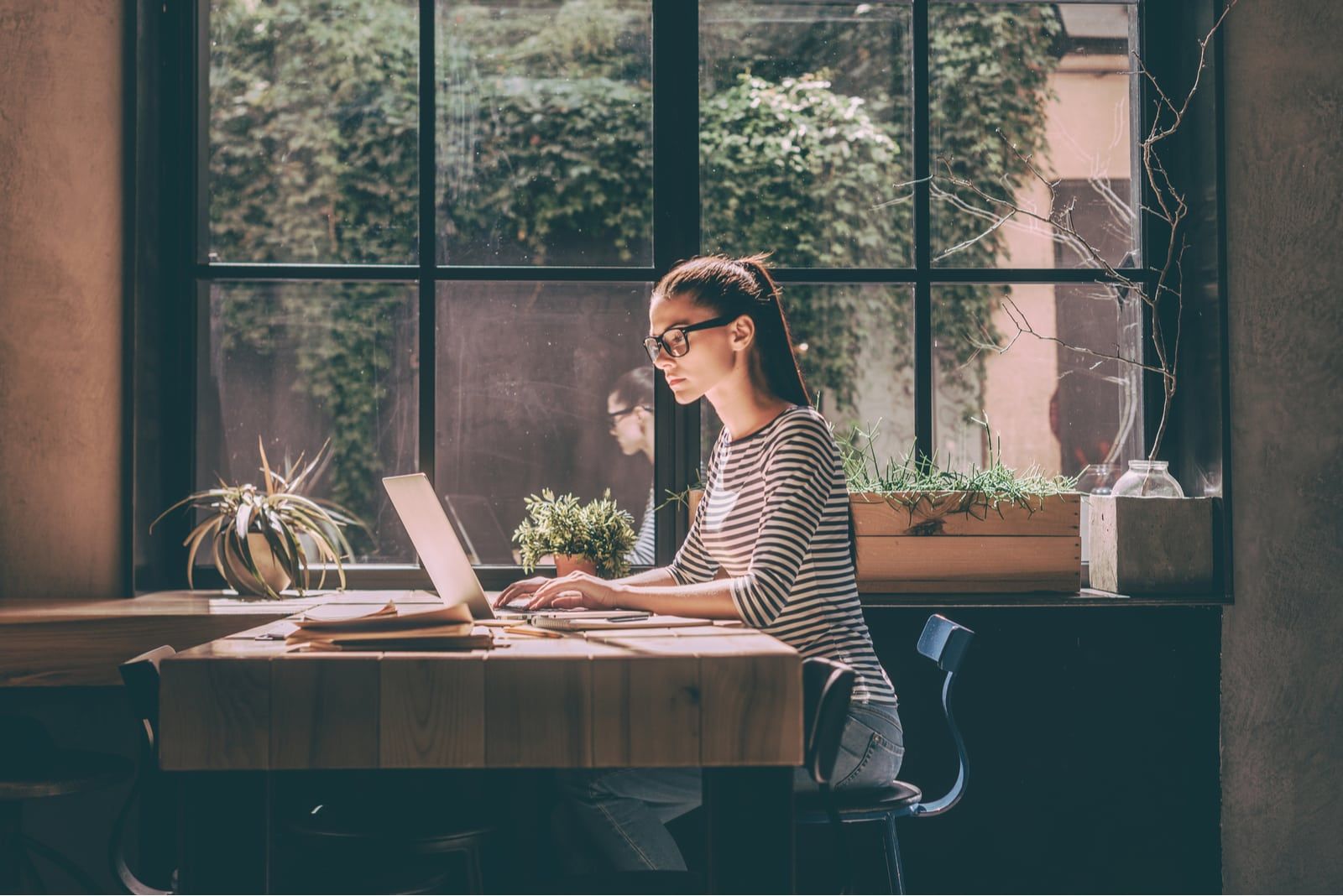 This is really sad. Women tend to bend the truth about themselves by saying things they feel will make them more appealing or attractive to men.

But the real truth is men don’t want just another woman who doesn’t know how to be herself and needs to play pretend in order to win him over.

Your chances of making a guy chase you by posing as somebody you’re not are slim to none.

But what WILL get you his attention is being your true, unapologetic self!

If you think that certain aspects of you might make him run for the hills, is that really a guy you want to be with?

Be yourself. Don’t change how you look, talk, or act in order to attract anybody.

The only person you’re doing harm to is yourself. If a guy likes you for YOU, that is who you want to be with.

Men like women who stand out and don’t cater to anyone’s needs. That is what will make him chase you, so keep being you and don’t let anyone steal your shine.

Be fiercely independent but don’t shut him out 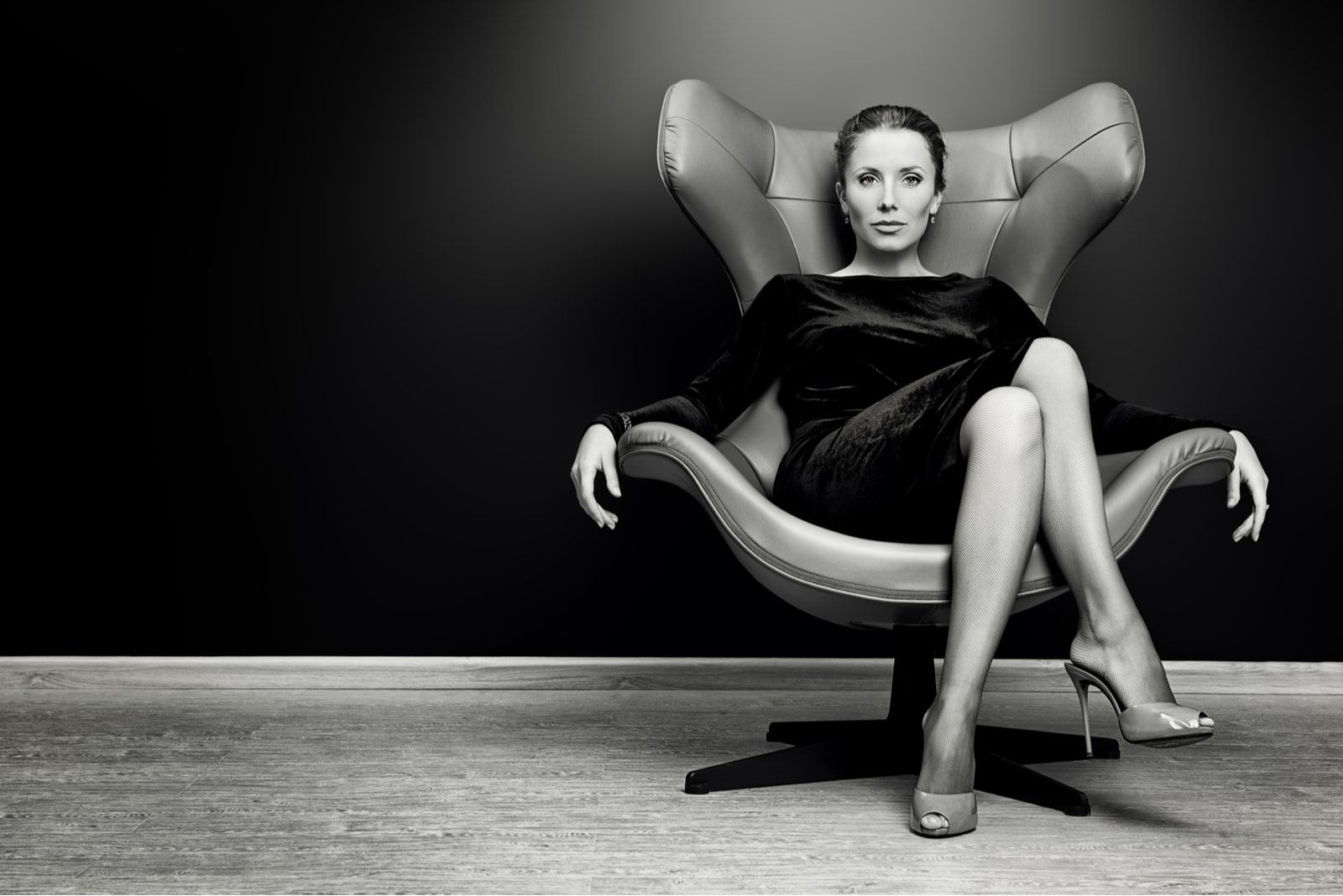 Nowadays, men are finally learning to appreciate women who can stand their own ground and don’t take anybody’s shit!

But don’t let your awesome independence make you closed off to him. It’s important to let him see that you’re a self-sufficient woman, but he still needs to feel wanted and welcome in your life.

Let him know how much you appreciate having him around. Just because you don’t run to him for help for every little thing does not mean you don’t need him.

All it means is that you’re perfectly capable of taking care of things by yourself, but he is still somebody whose thoughts and ideas you will always want to hear.

Be interested, but keep him on his toes every now and again 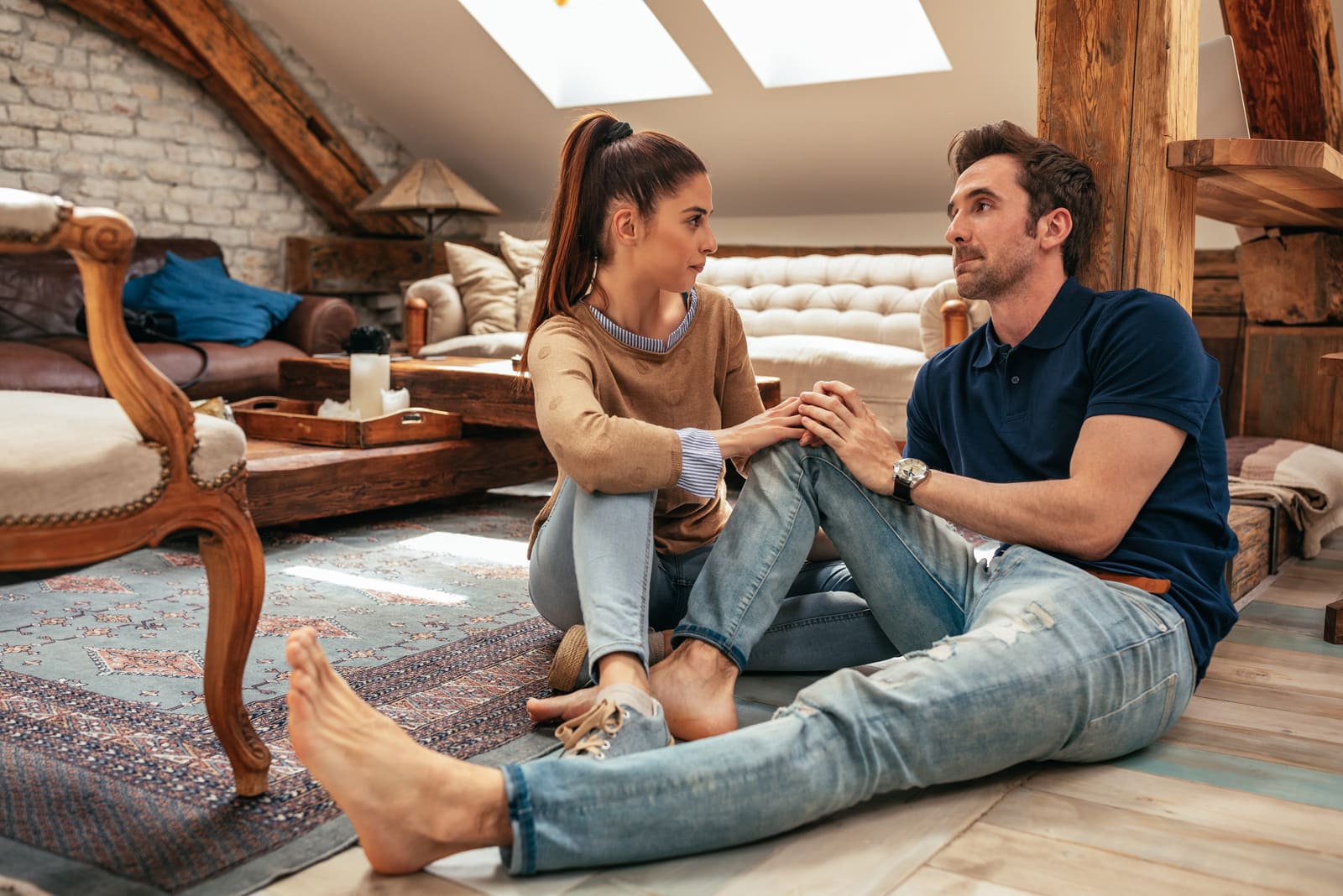 For sure let him know you’re into him. But don’t tell him everything.

Simply let him know you won’t be able to make it to his on Friday, but you’ll make it up to him on Saturday.

That way, he doesn’t really know where you are and who you’re with, which will make him want to know even more.

And that’s where you’ve got him hooked.

Of course, you know that you’re not doing anything sketchy (you would never), but his mind can go to a billion different places.

And sure, on Saturday you’ll tell him everything, but keep him in the dark that one night, and I assure you he’ll be dying to see you the next day.

Make him see that you want him, but not at all costs 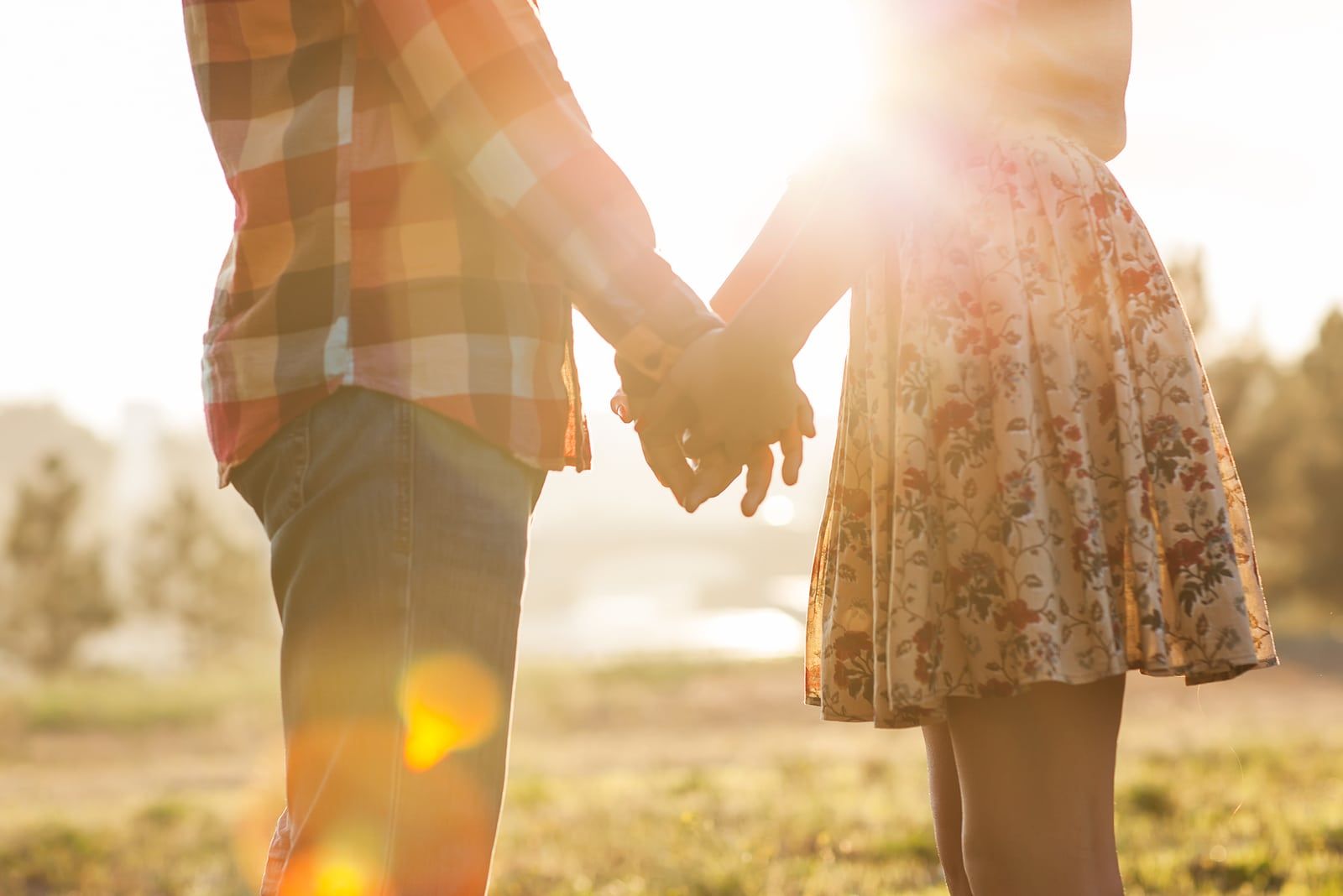 Okay, so you’ve probably really fallen for this guy. Every time you see him it gets harder and harder to leave him.

You could just snuggle with him all day long and do absolutely nothing.

But don’t let him see just how much you want him. That’s when you lose the edge.

When he senses how deeply you really need his presence in your life, he’s going to know he’s under your skin, and you don’t want that. At least not this soon.

You want him to see that you love having him around, and enjoy spending time with him, but you’re still totally fine on your own.

Yeah, he makes your life so much brighter, but he’s not your sun. (At least make him think that.)

The only way he’ll chase you is by easing into this thing, and no matter how badly you want him, don’t overwhelm him prematurely.

Move slowly ahead, and keep him glued to you by remaining a mysterious flirt.

You want him, but you don’t NEED him. And that is what will make you so irresistible and keep him on your tail.

Give him something worth chasing, and he’ll stick to you like white on rice. 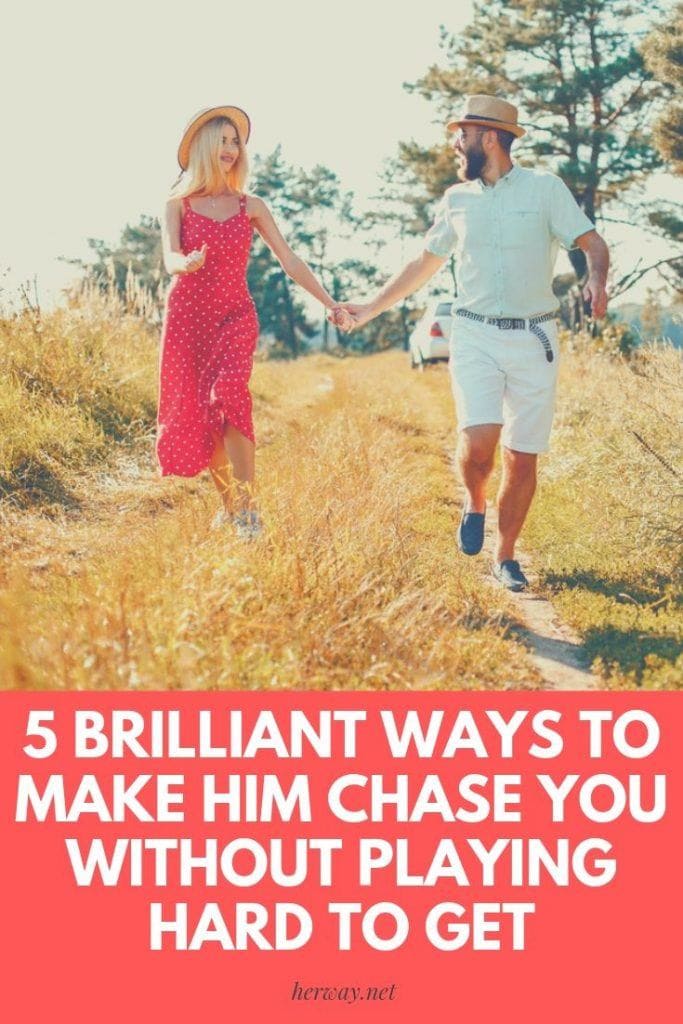