If I tell you to put yourself out there and to expose yourself to rejection because it has numerous perks you know nothing about, you’ll probably call me crazy.

However, I assure you that you’ll change your mind after reading the following benefits of getting rejected by the man you like.

Contents show
1 You’ll see it’s not the worst thing that can happen
2 It will spare you a lot of analyzing
3 It will be a new experience
4 You will be proud of yourself
5 It opens up space for Mr. Right 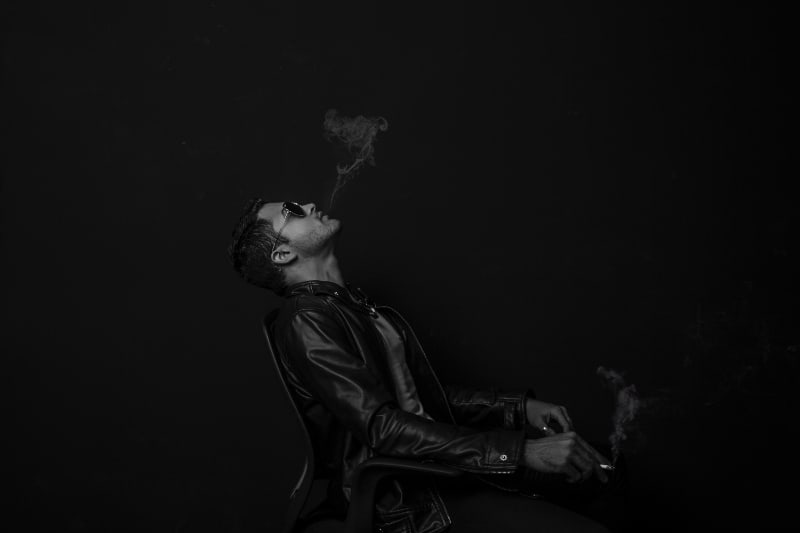 Let’s face it–none of us enjoys being rejected because nobody can be indifferent to the fact that the person they like simply doesn’t like them back.

Besides this realization being painful, it also hurts your ego and makes you wonder why you can’t be enough.

Well, the truth is that all of our fears appear much bigger until they come true.

So, once you get rejected and once the initial shock passes, you’ll see that this is actually not the worst case scenario.

You’ll understand that everyone has the right to tell you “no” and see that this happening to you is not a disaster.

It will spare you a lot of analyzing

The best thing about getting rejected lies in the fact that it helps you know where you stand.

There is no need for you to overthink and to crack your mind open about whether this guy is into you or not.

You won’t waste endless sleepless nights, trying to get to the bottom of his intentions, doing your best to figure out his behavior, and decrypting his words and texts in vain.

There are no mixed signals, no mind games, and no leading anyone on.

To put things honestly, a man who tells you “no” right away is much more fair than a douchebag who is stringing you along and giving you false hope.

It will be a new experience 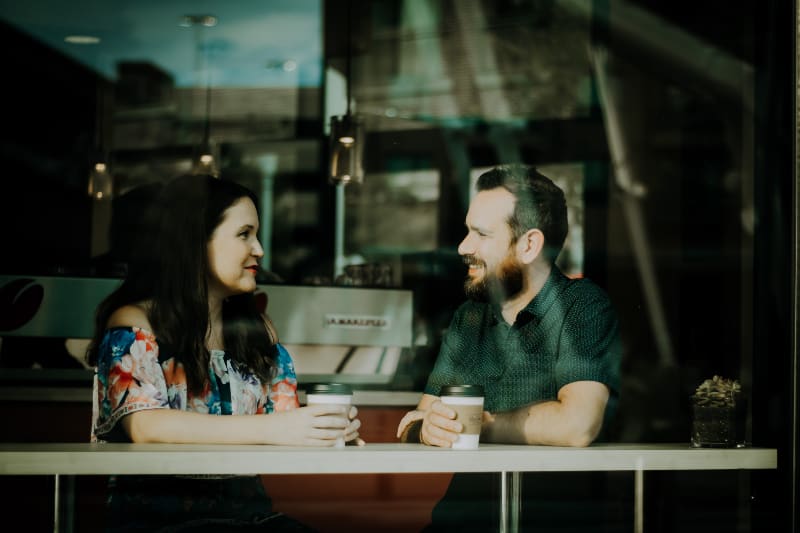 Every little thing that happens in your life is a new lesson for you, even if it is painful and harsh.

This rejection is also a valuable experience you should appreciate.

It will help you get to know yourself in an entirely new situation, and it will help you see that you can successfully handle some things you thought you couldn’t take.

I won’t lie to you–this probably won’t be the last time someone you like rejects you, so it will also prepare you for the potential future.

You see, the next time something like this happens, you won’t see it as the end of the world and as something to knock you down.

Instead, you’ll accept it as a perfectly normal event and move on with your life the way you should.

You will be proud of yourself

Trust me–it is always worse to deal with all the “what ifs” then to face a defeat.

Instead of being sorry for the fact that you gave it a shot with someone and something that clearly didn’t have a chance of working out, you should be proud of your courage and of having had enough bravery to try.

At least you know that you followed your desires and did exactly what your heart told you to do.

You didn’t chicken out and maybe miss an opportunity out of fear–your conscience is clear because you know you gave your best.

It opens up space for Mr. Right 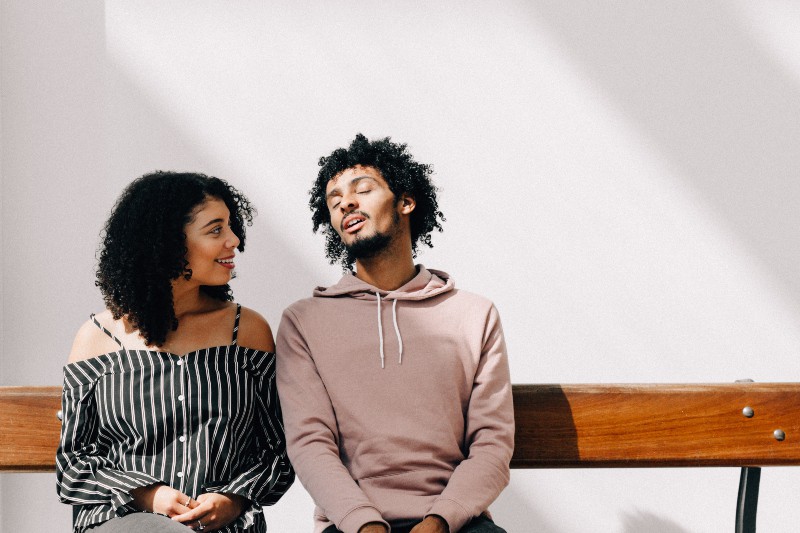 One thing is more than obvious: this man we’re talking about was wrong for you.

He clearly wasn’t your destiny, and that is something you have to accept.

Remember: everything happens for a reason.

Even if he agreed to be with you, it is a fact that he doesn’t care for you enough and maybe God actually saved you from a life of misery when He didn’t allow you to be with this guy.

So instead of seeing it as a loss, see it as a gain because maybe the reason this Mr. Wrong didn’t become a part of your life is to clear the path for your future Mr. Right.

Him rejecting you opened up space and gave a chance for your soulmate to cross paths with you.

That is something you should put your focus on instead of looking behind. 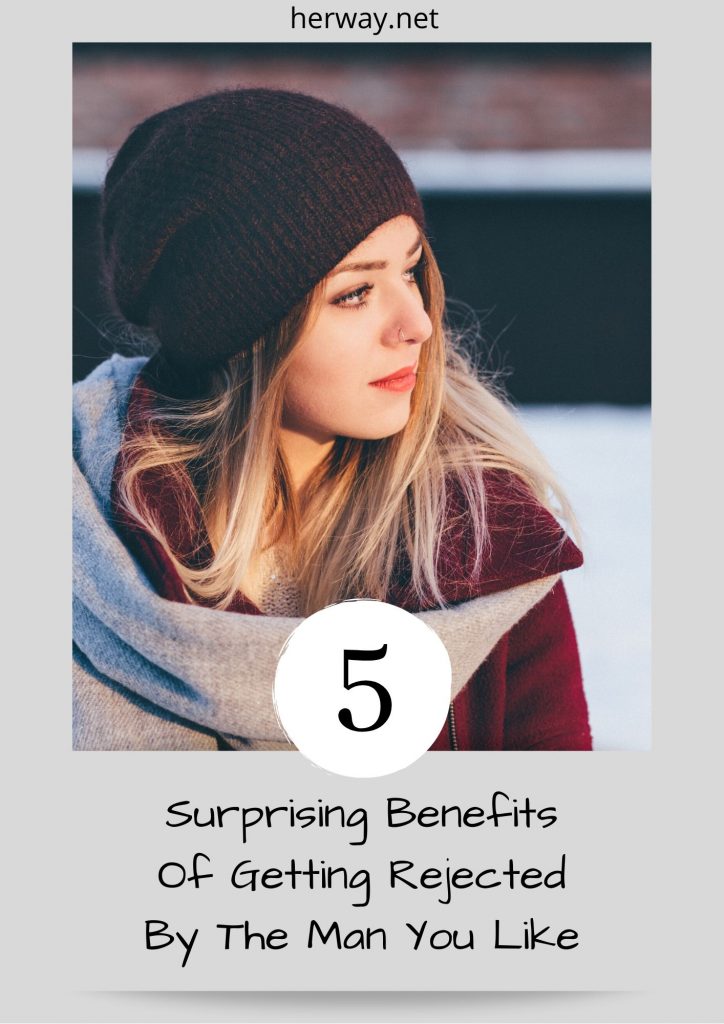 7 Types Of Unavailable Men You Should Avoid

[…] impossible to tell if it’s temporary or chronic unavailability, but either way, this type of man will lead you to feel rejected or broken. And trust me, he’s not worth your tears or […]

This Is How He'll Reject You, Based On His Zodiac Sign

[…] these things happen and whether you like it or not, you have to prepare yourself that one day, having a man you like reject you will probably happen to you, […]

How To Ask A Guy Out On A Date? 12 Tips For Success

[…] of thinking about all the ways in which this man could reject you, think positively. Instead of overthinking about everything that could go wrong, be optimistic, and […]