A very common cause of unhealthy relationships is codependency. The trouble with codependency is that it is something that is not easy to detect. People often seem to be unwilling to admit that they have it or they fail to recognize the symptoms. The best way to start is with determining what codependency actually is.

“It is an emotional and behavioral condition that affects an individual’s ability to have a healthy, mutually satisfying relationship. It is also known as ‘relationship addiction’ because people with codependency often form or maintain relationships that are one-sided, emotionally destructive and/or abusive.” MHA

I accidentally came across these lines and then started investigating deeper. I realized that I too had been codependent once and if I had known, it would have been so much easier to overcome it.

Some of the major symptoms were there: I was in a toxic relationship. I was overly indecisive. I was very self-conscious and insecure. I felt like it was my responsibility to help him deal with his problems. I totally neglected my life because of the love I felt for him.

It was all about him. I was non-existent in that relationship and I didn’t mind. My only goal was to meet his needs. To make him happy. To see him. To obsess over where he was and what he was doing.

I put up with a lot. He was abusive. He was always putting me down, calling me names. He was always the king of the castle and I was his humble servant. That would have been the appropriate picture of me back then.

I tolerated it all till the point that he became physically aggressive. I am ashamed to admit that I also put up with that for some time, until I realized that I was on a road that would destroy me. I had to admit to myself that I was better off without him, but it’s hard for an addict to to give up on their addiction.

It took me a while but I managed. It’s a bit funny when I look back at it now but I actually felt like I put myself through the recovery process of overcoming codependency. The first step of admitting that you have a problem is the hardest part of that but then it all gets a bit easier.

That’s why I wanted to share with you the most usual signs that you are in a codependent relationship and to give you some advice on how to overcome it.

Contents show
1 1. His needs come first and you ignore your own.
2 2. You feel responsible for his behavior or emotions.
3 3. You confuse love and obsession.
4 4. He treats you badly and you keep on tolerating it.
5 5. You worry too much about things out of your control.
6 6. You are the one who gives it your all.

1. His needs come first and you ignore your own.

You constantly worry about what he likes or dislikes. If you do this or that, would he approve? You put off your interests, dreams, and desires to fit his needs and preferences. You start to lose a sense of self in loving him.

First, you have to realize that in a healthy relationship, partners are equals and there is no need for some major sacrifices and losing yourself in the process of loving somebody else. You have to take your life into your own hands and you have to be the most important person in your life. Only when you start doing that will you be in a happy and healthy relationship. 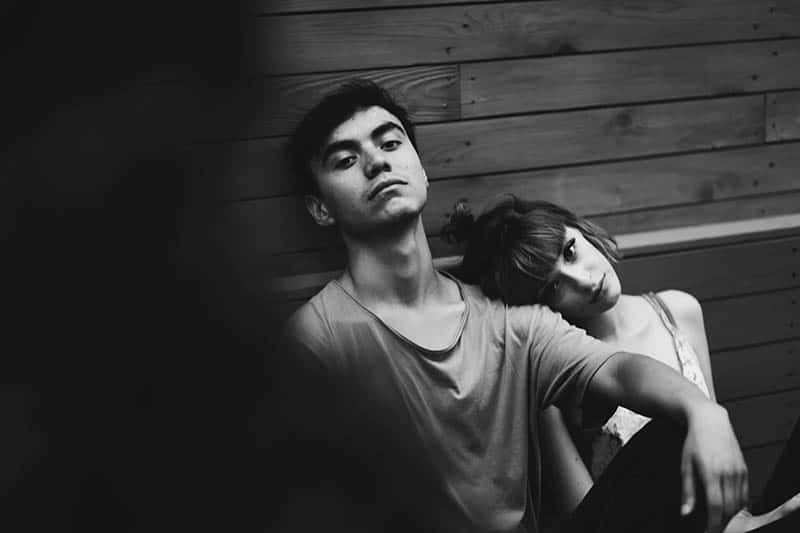 2. You feel responsible for his behavior or emotions.

He’s had a bad day and he takes it out on you. It had nothing to do with you yet you still feel responsible. You start asking yourself if it was something that you’d said or done and you automatically put the burden of guilt on your shoulders.

You are not God and you can’t control other people’s behaviors or emotions or lack of them. If somebody snaps at you for no reason, don’t jump to conclusions and blame yourself. It is something that is up to the other person to deal with on their own. By focusing on him, you lose track of your own feelings and that’s something you have to change. Focus on yourself.

3. You confuse love and obsession.

You constantly wonder what your partner is doing when he is not around, whom he follows on social media, what he thinks about when he is silent and gloomy and says everything’s OK. You overthink every move he makes. You would like to have insights into his mind and emotions. That’s obsession, not love.

Love is trust and giving space to one another. Love doesn’t control or obsess. You have to realize you are on the wrong path that will only leave you miserable. You have to make a change. You need to have a bit of faith in yourself to be able to trust your partner. If you are with the wrong partner, this advice will help you in your future relationships.

4. He treats you badly and you keep on tolerating it.

He is abusing you. Sometimes physically but usually emotionally because it’s harder to detect. He hurts you by using words. He manipulates you and makes you feel like you are not enough. He uses your insecurities against you. Your compassion and feelings for him are making you stay.

Never tolerate being treated badly. The best thing to do here is walk away without looking back. It might not be easy but it will be worth it, I guarantee that.

5. You worry too much about things out of your control.

No matter how pleasing you are, you would like to be able to control any situation and the outcome. You would like to spare him of any bad situation. You spend your nights overthinking and worrying about everything but yourself. As a result that leaves you stressed.

What is important here is to realize that not everything is in your hands. Life doesn’t always go smoothly, it has its ups and downs. You won’t be able to prevent him from worrying about them in advance. You have to take things as they come and deal with them then.

6. You are the one who gives it your all.

Taking care of him is what you do. You keep on giving without receiving anything in return. Afterwards, you feel angry, resentful or taken advantage of. Sometimes, helping and taking care of others makes you feel needed and you like that and other times it makes you feel angry and exhausted. But most times you say nothing about it and you keep it all bottled up inside.

This behavior is just going to make you insane sooner or later. You have to take care of yourself first. You shouldn’t feel like giving your best is a burden. Of course, it will be if your efforts are not reciprocated. You need to discover self-love and then find a man who will be willing to invest in a relationship as much as you do.