Heartbreaks are hard no matter if you are a man or a woman. Pain, disappointment and that horrible sense of loneliness are all there. What’s different is the way we deal with all that pain.

The difference in the way man and woman deal with breakups is just the thing that makes men seem heartless after a break up, even though they are far from it. The things going on in their souls and minds usually remain a mystery.

However, I was determined to get to the bottom of things, so I asked thirty men about their heartbreak experiences. Each and every one of them had something unique to add, but their general thoughts and patterns of behavior were almost identical. I summed it all up in 7 things guys go through after a heartbreak:

Contents show
1 1. Hiding the fact that they are hurt
2 2. Do their best to act happy
3 3. Hit the gym
4 4. Find something that will distract them
5 5. Reach a certain level of depression
6 6. Engage in one night stands
7 7. Rush into the next relationship

1. Hiding the fact that they are hurt

Just because they don’t show they are hurt doesn’t mean they handle breakups more easily than women. Men stumble upon bad relationships and wrong woman just as much. They are not shielded in any way from all the pain that a breakup brings.

While women will talk to their friends and receive much-needed compassion and support, men don’t have that. If they utter aloud just how much someone messed them up, they will get mocked and ridiculed by their friends. Not only that, most men feel like they are weaker if they talk about their feelings (no matter whether those are good or bad) so they avoid talking about them completely,

2. Do their best to act happy

The emphasis here is on the word act. They are devastated, but they do their best to cover it up. So they pretend like nothing happened, nothing can touch them and everything is great.

This is one of the worst and most devastating healing techniques. Instead of dealing with their feelings, they brush them under the carpet and put on their tough front. They are crumbling from the inside and pretending won’t do them any good.

Instead of dealing with what they feel from the inside, they concentrate on the outside. So they hit the gym in an attempt to recover their bruised egos. They focus on getting in shape and forming those six packs, and they redirect their thoughts to themselves—which is essentially a good thing.

Also, they sweat all their pain and frustration out in the process, even if they are unaware that they are doing it. All they know is that they feel better, so they keep on going.

4. Find something that will distract them

They need something that creates a distraction from this unbearable pain. So they find it by trying out something new, burying themselves in work, playing video games, having marathon movie nights or watching all the seasons of their favorite series for a few nights in a row. In the worst case scenario, they try to drown their pain in alcohol. The next morning, they realize that didn’t go so well and all they accomplished was getting a horrible headache.

In any case, they find these distractions helpful. They enable men to take their minds off everything that has just happened. They give them time to relax. But if they continue them for a longer period of time, these distractions become a way not to deal with reality.

5. Reach a certain level of depression

They replay every possible scenario in their heads. They feel nostalgia about past moments that will never be. They often prefer solitude, so they avoid socializing with anybody. They either eat all the time (comfort food) or they don’t eat at all, depending on their personality.

They stalk their exes social media accounts and online statuses. The thought of their ex with somebody else is killing them. They get overwhelmed with pain and they have no idea what to do about it. Worst of all is that they keep it all bottled up inside, so it takes so much longer to process things and go through the breakup.

6. Engage in one night stands

They will hook up with just anybody. They have this idea in their minds that sex with random women will make them feel better and less alone. However, most of them regret it right after or even during the sex act.

They remember what it was like to have a true connection. They remember the sounds, body moves and facial gestures of their ex-mate. They compare. They miss how happy they felt before. So, their one night stands are nothing more than a whole lot of regrets that never help.

7. Rush into the next relationship

Rebound relationships are more connected with brokenhearted men than women. It’s a gender difference. They have this feeling they will be the winner of the breakup if they move on first—if they find somebody else to fill the void that’s left. It really feels good at first. They have someone new by their sides.

But as their feelings get onto more stable ground, they realize that they rushed into things. They don’t know the person they are with now or they are still not completely over their ex. 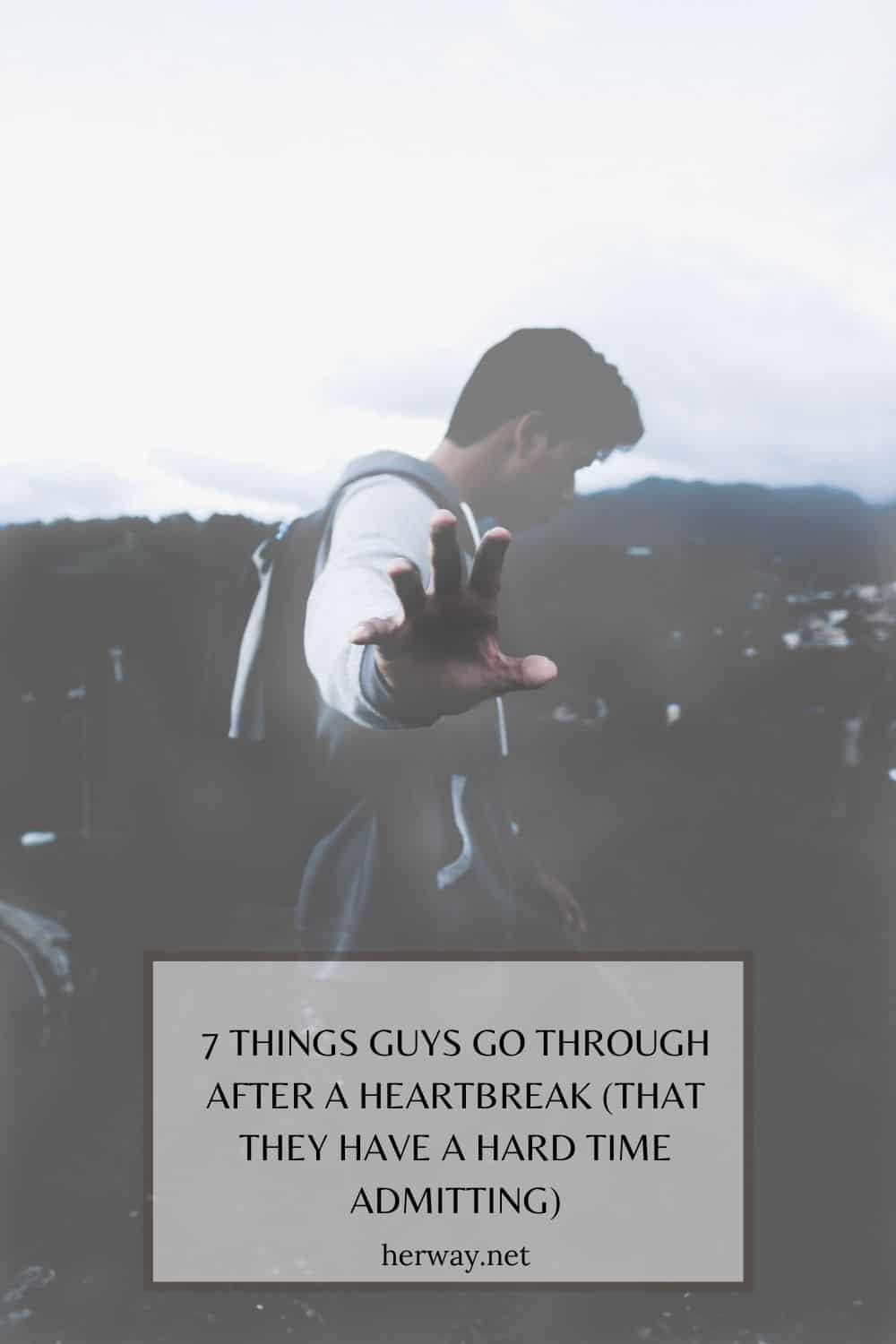