Letting go of someone you still love can be the hardest thing you’ll ever do.

But it’s what you actually need to do in order to move on and be happy.

Before doing this, you need to think about if it is what you really want and act accordingly.

I won’t lie to you and say that it won’t hurt that much.

It will. But you can do it.

If you are not sure how to start, check some of the following things that might make the whole process much easier.

Stick firmly to your decision 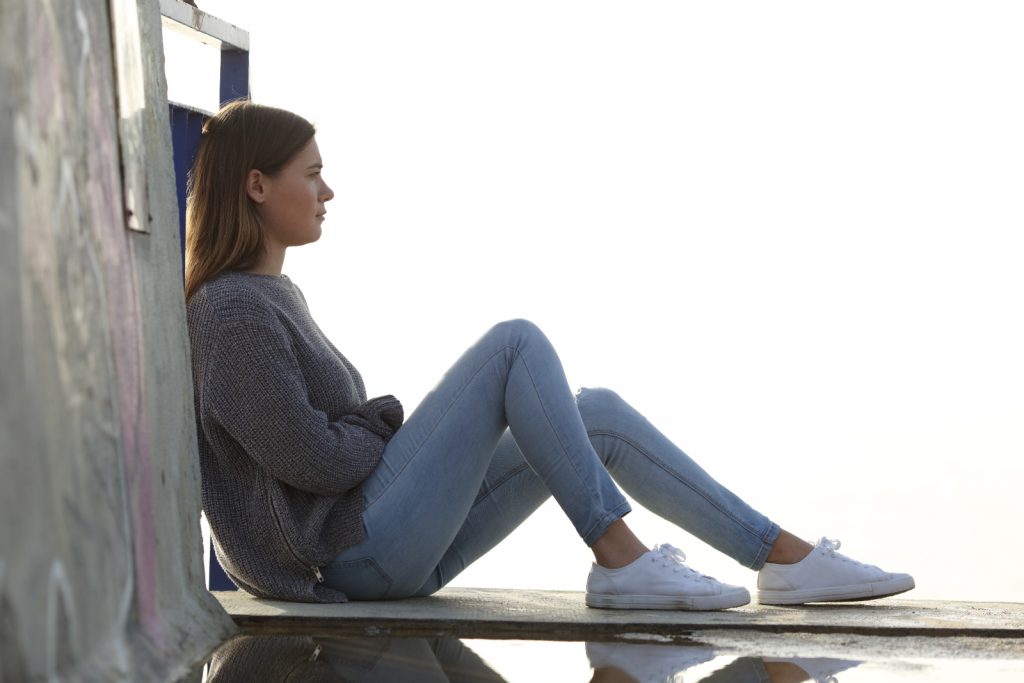 The very first thing that you need to do is stick firmly to your decision.

You can’t say that you’ll let go of someone one day and change your mind the next.

Once you realize there is no going back, you should burn all the bridges between the two of you.

No checking their social media sites, no calling them or answering their messages.

That is the only way you can get over them without extra stress and suffering. 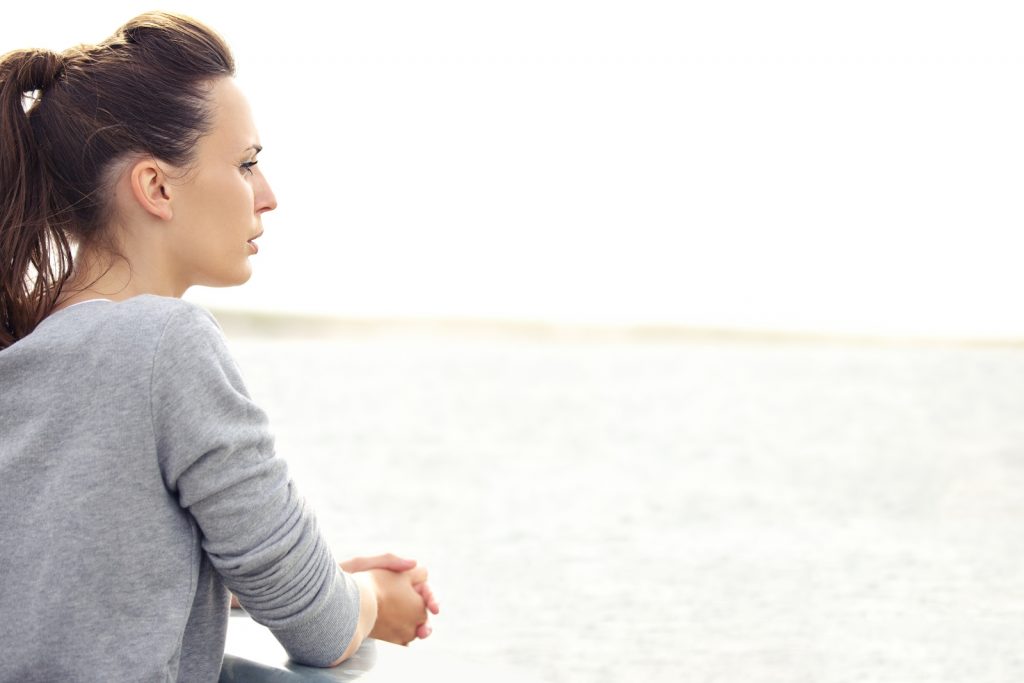 People in love do crazy things.

They do things that they never thought they’d do.

They let others walk all over them in the name of love.

But what they don’t see is that love isn’t supposed to hurt.

It’s supposed to make you feel good in your skin.

If that is not what you feel, then you should let it go.

Let it go and the only reason you should look back is to see how far you’ve come.

The golden rule is not giving second chances to people who don’t deserve them.

And please don’t let nostalgia and some sweet memories make you feel differently.

If you give a second chance to someone who doesn’t respect you, you’ll cry again over them, sooner or later.

That’s why you should firmly decide that nothing will stop you from leaving them.

React to the situation 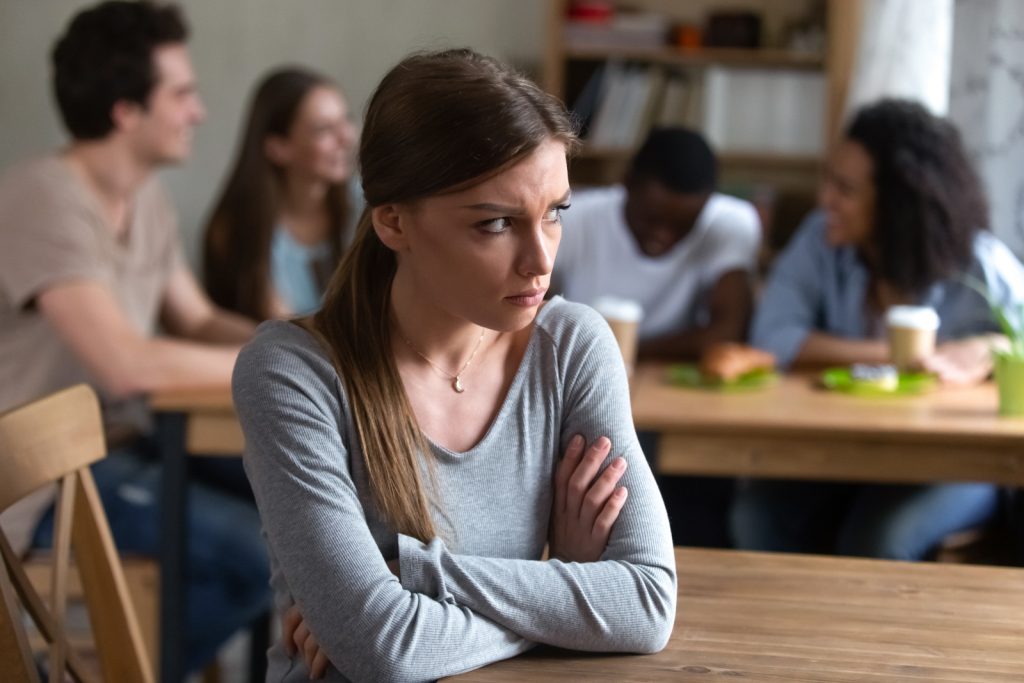 The worst thing you can do is bottle up your emotions.

That’s the last thing you should do.

If you feel bad, show it.

Do the things that you want to do.

If you want to talk to someone about it, do it.

If you don’t want to do that, take some time just for yourself.

Do everything that makes you feel good.

Accept the fact that you’ll feel differently each day

Each day will be like a new chapter where you’ll have to learn how to act.

You’ll need to cope with the new situation and learn to live on your own.

There’ll be things that you’ll change about yourself and you’ll realize that you should’ve made them earlier.

But that’s all a part of the process and your new beginning.

You can’t stop loving someone overnight 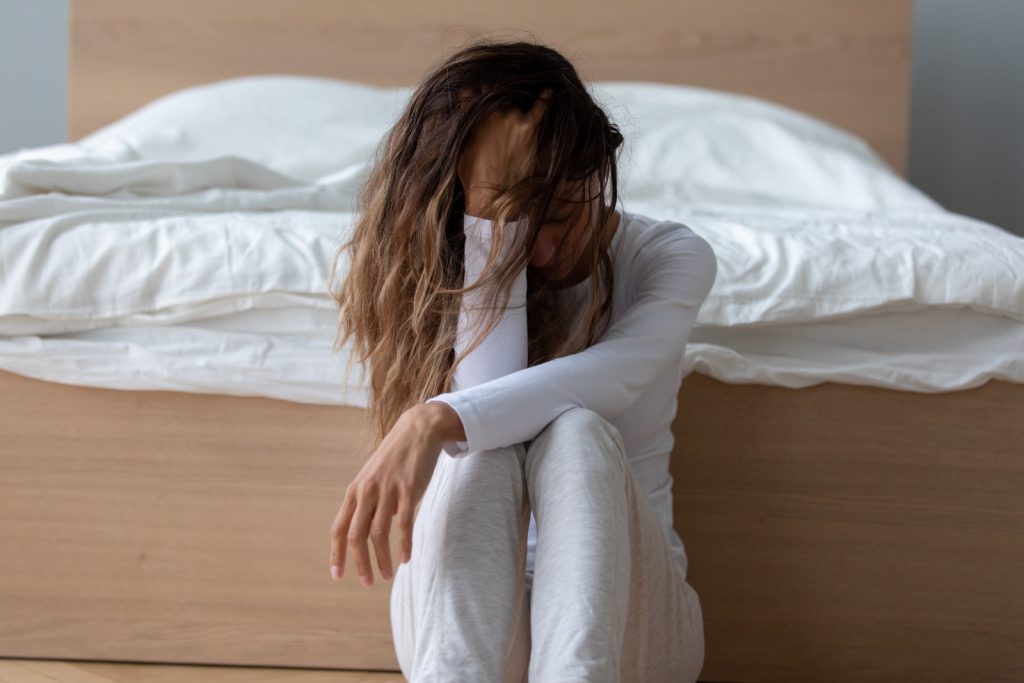 It’s okay to still feel something for people who are no longer a part of your life, especially if they meant a lot to you.

If you still love your ex, just know it’s normal to feel like that.

Getting over them will be a long process but one worth taking.

You need to give yourself time to let go of someone because that is not something that happens in a minute or two.

It can last for weeks or months.

And once you think you have completely let go of them, you’ll realize you still have feelings for them.

So, give yourself enough time to let them go.

That is not something you should hurry.

It’s something that needs to happen naturally.

That’s the only way it’ll work out.

Forgive them but forgive yourself as well 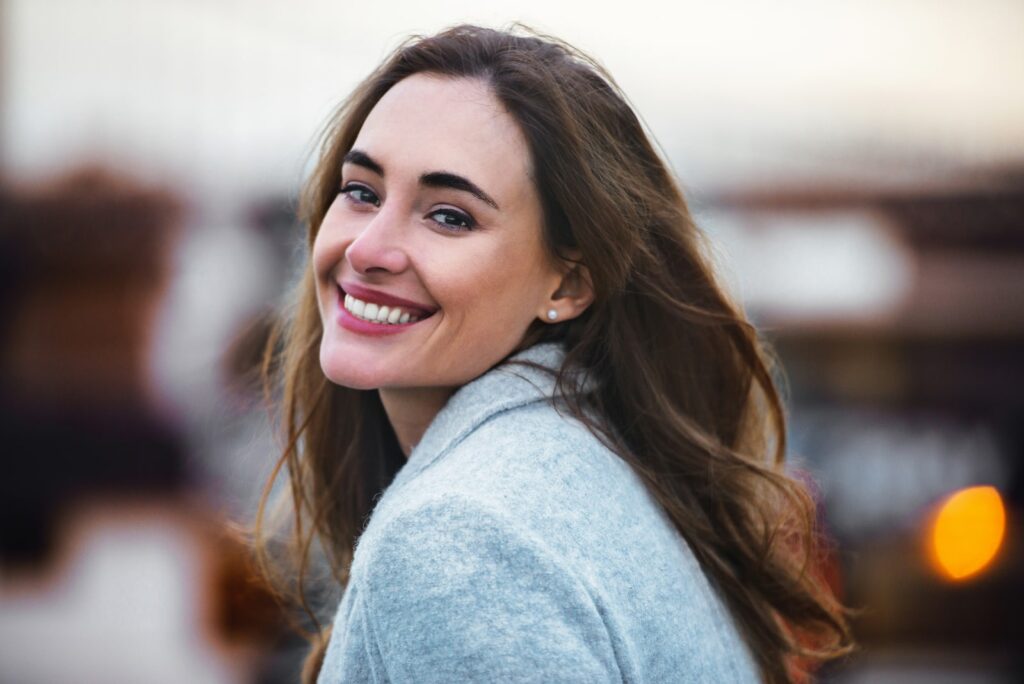 Another thing that you need to do is forgive them in order to move on.

You should forgive yourself for holding on to something that stopped being real a long time ago.

Forgive yourself for all the times when you decided to put them first, for all those sleepless nights and for being taken for granted.

After that, forgive them for all the pain they caused you because that’s the only way you’ll be able to move on.

And once you finally do that, you’ll see that you are much better off without them.

Surround yourself with the people you love 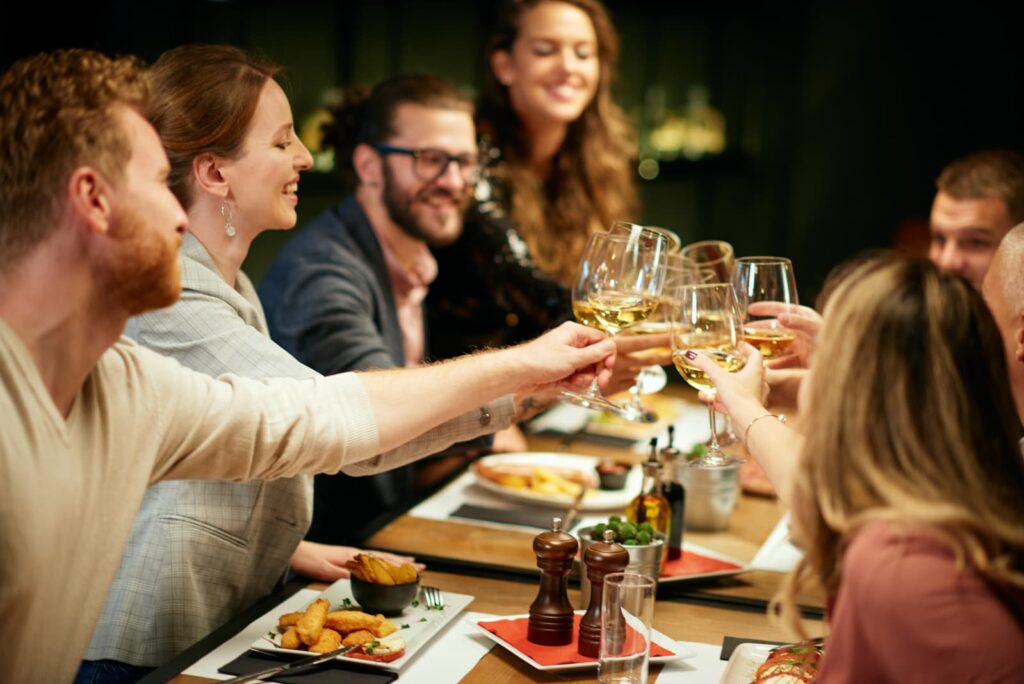 Once you decide to let go of someone you love, you’ll need all the support that you can get.

That’s why it’s really important to surround yourself with friends and family.

They’ll be with you so you don’t think about your loss as much.

They know what you’re going through and they’ll know how to act accordingly.

It’s really nice to have good people when life is good but it’s also important to have them when things aren’t going well.

Just be with them, talk and hang out.

Trust me, that’s the best way to get over someone and accept what’s happening in your life.

Be strong enough to move on 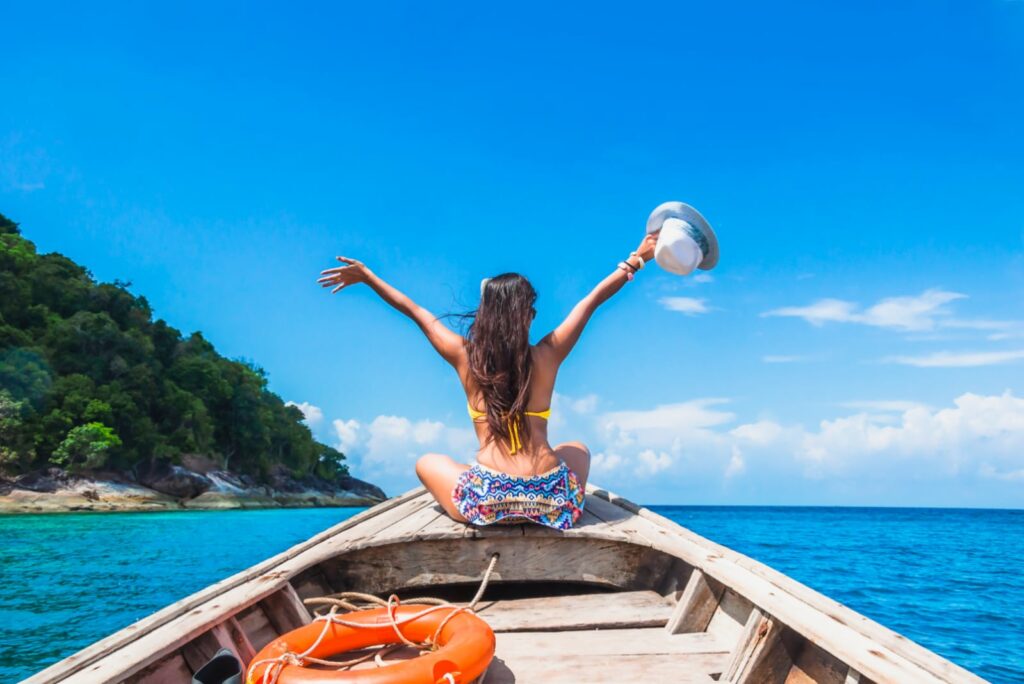 Once you’ve gone through all the stages of the grieving process, you’ll know how to move on.

It’s really important that you do that without being involved in any kind of romantic relationship.

If you try to find someone to give you comfort or to avoid being alone, you’ll just be making a bigger mistake.

But if you face your fear and reality alone, it’ll make you stronger.

That experience will teach you that you can always count on yourself and that you should put yourself first.

It’ll be hard but it’s worth it.

Once you learn how to move on and when you finally learn how to be satisfied on your own, you’ll be truly happy.

And after the painful experience that you had, you’ll learn not to make the wrong choices again or at least to recognize the red flags in case you end up with someone who doesn’t deserve you. 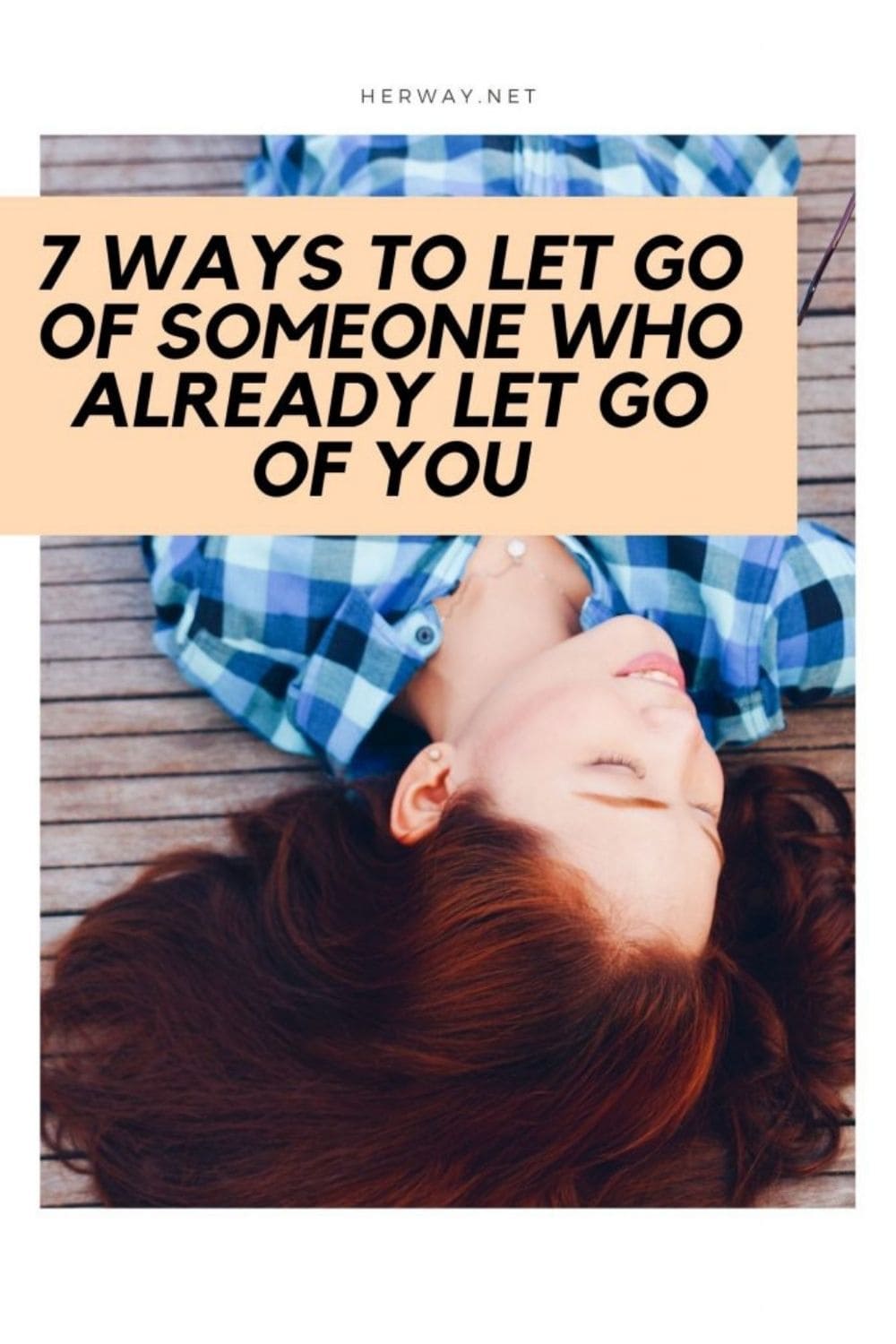