How long would you last in an abusive relationship? Would you be able to leave the first time something happened, even though you would be leaving a man you loved? Could you learn to keep your mouth shut because you felt like you had to? Keep it in and keep quiet. I’ve dealt with the cruel and hateful words of a man. The words that make you feel two feet tall so much that you retreat into yourself.

I lost myself, I lost who I was. I’d been with my husband since I was 16. I had dated, but that was about all. I believed in OLD love, the kind where you found someone and that was who you gave yourself to – your other half. I wanted the forever love, but that’s not what I got. I got so much worse.

When my husband popped into my life, he had gotten a job at the same place I worked. Right then, I fell hard. I felt like I could tell him anything and he understood and was always there for me. 16 years old and I thought I had found the love of my life. Like any young couple, we would have silly arguments and broke up every other day, but we always made our way back to one another.

It was young love, we were attached at the hip and both very jealous at that time as we went to different schools and only saw each other at lunch. Somehow, our relationship made it through high school and I made it through beauty school myself. We agreed that after I finished beauty school we would get our own place. I was about 19 years old at the time.

Not long after we got our own place he became mentally and physically abusive. I wanted to be strong so at first when we’d argue I would always stand up for myself. He eventually didn’t like that. He already cussed me out and called me awful things, and I him, but the first day he hit me I wasn’t having it.

I stood up for myself and pushed back and that left me slammed into walls, doors, and flung off the bed. I still fought back, even when I wanted to give up. I wanted to be that strong woman who didn’t give up. I just didn’t understand why or how he could hurt me when he was supposed to love me. Abuse is not love. 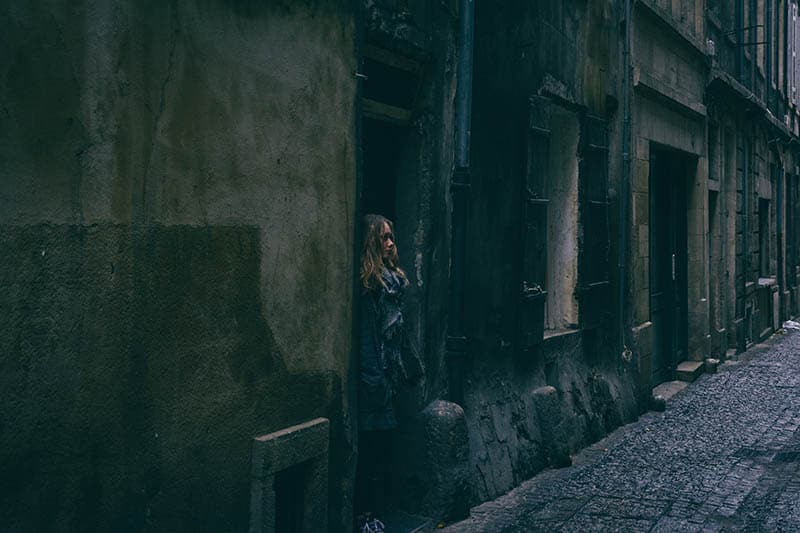 I got all the sorry-it-will-never-happen-again lies and I believed him. I decided to stay with him. Not long after, we got engaged and decided to have our wedding three months later. All I cared about was my dress and marrying him, since things had gotten better. I was ready until I wasn’t.

While planning the wedding, the abuse started again, and it was so much worse than before. I decided I wanted to call off the wedding because I wasn’t going to be a battered wife, even though I already felt like one. I went to talk to my husband to tell him I was done. He didn’t take it well; he cussed me out and threw me around a bit and told me that if I cancelled the wedding he would stop helping me with our place that my mom had cosigned on. This would cause everything to fall on her shoulders if I wasn’t able to cover everything on my own again.

I was young and dumb and I felt like I was an adult and should be able to deal with my own problems. I didn’t want anyone to know what was going on. I should have told my mom. I would lie and cover my bruises when I knew she would have helped me. I still wasn’t going to let my mom take the fall for what I thought were my bad choices at the time. I loved him so much I was blinded by it and stupidly believed him every time he apologized, and I married him. I didn’t know at the time it was going to ruin my life and I would be put through hell for years.

I wanted to believe people could change, that he would change. I was holding onto that little bit of hope that he could change, and we would be okay because I loved him, and I had stability with him. I was scared to leave him. To be on my own. Feeling alone.

My vision was clouded. I wanted the marriage, the kids, and the career. I wanted it all, but slowly all my hopes and dreams were going out the window because I just didn’t care anymore. I was getting to that point of just giving up. When someone tears you apart for so long a big piece of you starts to believe the names you’re being called. He would tell me that no one would want me, and I believed him and never left. I put up with the pain and the abuse because of my own fears.

I recently left my abuser at 30 years old. It may have taken me a while but I know now I deserve more. That I am worth more. Yes, I am still scared of what the future may hold but I’m excited to find myself again. To be happy again.

I may not want a relationship right now, but I know there is a man out there for me who will treat me the way I should have been treated all along. Someone who values me and shows me I am something special. Never give up hope as things tend to change, even if it’s not overnight. You can have the life you want and keep moving forward. Abuse is not love.