Oh, you’re mad at me I hear. I made things difficult for you, did I? Am I supposed to apologize? You do know what you did, right? You cheated, and then you got caught. I didn’t try to cheat on my wife. I didn’t track down my high school sweetheart nearly a decade after I broke her heart to apologize. I was minding my own fucking business. Living my life. You, a distant memory accompanied by a bad taste in my mouth. The taste of pain, betrayal and desperation.

You were a high school dream come true that turned into a nightmare. You walked into my life like a fantasy. Captain of the football team and the basketball team. Smart, charismatic, handsome, charming, and funny. All of these things! The kind of attractive that is undeniable. You let me fall in love with you and then you chose her. THEN instead of letting me go, you held on to me until I became inconvenient for you. Then, finally, you got rid of me in the worst way. You know what you did. And then it haunted you. For eight years it haunted you. You asked our friends about me, kept tabs on how I was doing and you waited. You waited until I was perfectly fine. When the ghost of who you were to me had long since settled in my mind, and then you decided to assuage your own guilt. At the expense of my heart—and had I let you in—possibly my future.

When I heard your voice, I was fifteen again. When you told me you loved me, the young girl in me was elated. It was like time disappeared and we were right back to being us. All of the things that were great about being us. But grown ass women me called bullshit. Bull-fucking-shit. We were a lie. We were an illusion that disappeared when you returned to your girlfriend and pretended that we were just friends, and I pretended that it didn’t kill me. We were nothing more than me idolizing you to the point that I couldn’t see you were using me. I gave you all the things you were missing from your relationship, and then you got to go back to it while I was left twisting in the wind until the next time you needed what you needed from me. I was your safe place. Your person. But SHE was your woman. And there I spent 10 years, waiting for you to wake up and see that I could be your everything.

You can pretend that you didn’t know that I LOVED you, that we were something that we weren’t. You can rewrite history in your own head to make your character seem more relatable. But the truth is you were selfish. You were selfish then and you are selfish now. After everything you put me through, and you put me through some shit that could fill up a novel… you don’t even deserve to be forgiven. But I did forgive you. A long time ago. When I stopped loving you. When I looked long and hard at the situation and determined that you did what you thought you needed to for yourself and your family, I let it go. I moved so far past it that I didn’t even hate you anymore.

In all of that time, I left you alone. To live your life with the woman you chose. To build a family with the child you created while you were still sleeping with me and knowingly not using birth control. Even when you let me find out from someone else that your child had been born, two weeks after the last time I was with you and I had no idea you were weeks away from becoming a father. I left you alone. Despite how much you hurt me, I didn’t try to hurt you back, or shatter your world like you did mine. I left you alone—to marry her, have another child with her, raise those children with her. I left you alone. That’s what you do when you actually love somebody. You let them go. You let them live their life, even if it’s not with you because you sincerely want the best for them… even when they have given you no reason to show such loyalty.

So, now you Sir, do NOT get to be mad at me. I did NOTHING to you, aside from express what effect your appearance in my life (8 years after you extinguished yourself from it in the cruelest possible way) was having on my psyche. And just to be clear about what that effect was, for starters, I cried for three full days. I called in sick to work for two. My mom came to visit me, got off the plane, took one look at me and thought I was vomiting all day. Nope, just crying. Non-stop. Because mom, you remember that time you told me, “That guy doesn’t love you. He is not your friend, and you need to leave him alone.” Remember that? Yeah, well, apparently he really DID love me. So there. See. More tears. Some mom rage. Reminders of alllllllll the things he did that were terrible. Like I forgot. That was the start of it.

Then the uncertainty as you tried to tell me it was me all along that you loved and wanted to be with. The deep desire in me to believe you. The need for it to be true. To validate that everything that happened was all just part of a very twisted love story that was going to end happily with you and me skipping off into the sunset. The months of anguish as I heard from you sporadically at best, but you kept swearing you loved me, and wanted to be with me, and you just want to see me… and me saying no. Wanting to say yes. Missing you, wanting you, aching for something that I had resigned to myself would never be. Until finally I was like, fuck you in a flurry of texts… seemingly out of nowhere. Just expressing how selfish you’ve been, and how much you’ve really hurt me over the years. I was entitled to that. At the very least. So you don’t get to be mad at me because your wife saw that. That’s not my fault, nor was it my intention. I’ll be honest though, I feel bad for her… but you? You can go fuck yourself. You’re mad at me? Go on. 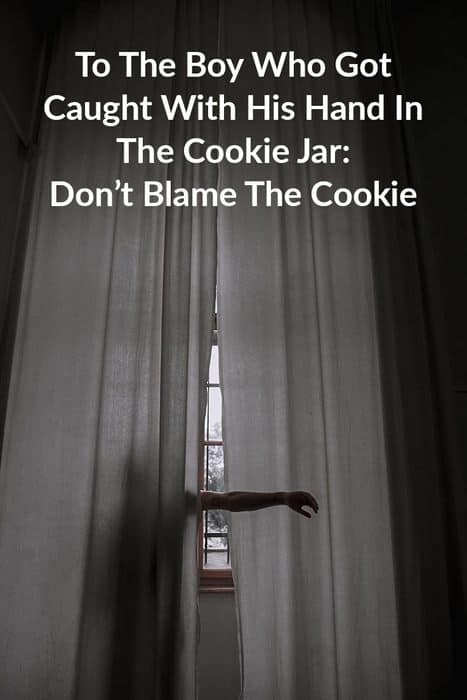