Everyone makes mistakes and loses their cool sometimes. Parents are no different.

They’re human just like everybody else. However, gaslighting parents are something else.

The signs of gaslighting parents are not always easy to see because, well, that’s how gaslighting works.

Nothing seems alarming at first glance but in reality, constant criticism makes children confused and hurt.

If you’re not sure what gaslighting means, here’s a little intro for you.

Contents show
1 What are gaslighting parents?
1.1 Why is gaslighting in a parent-child relationship often hard to notice?
2 Not acknowledging a child’s feelings
3 Deciding what a child likes and dislikes
4 Dismissing a child’s experiences
5 Making fun of a child’s ideas
6 Blaming a child
7 Expecting a child to react like an adult
8 Mocking a child’s behavior
9 Not apologizing to a child

What are gaslighting parents? 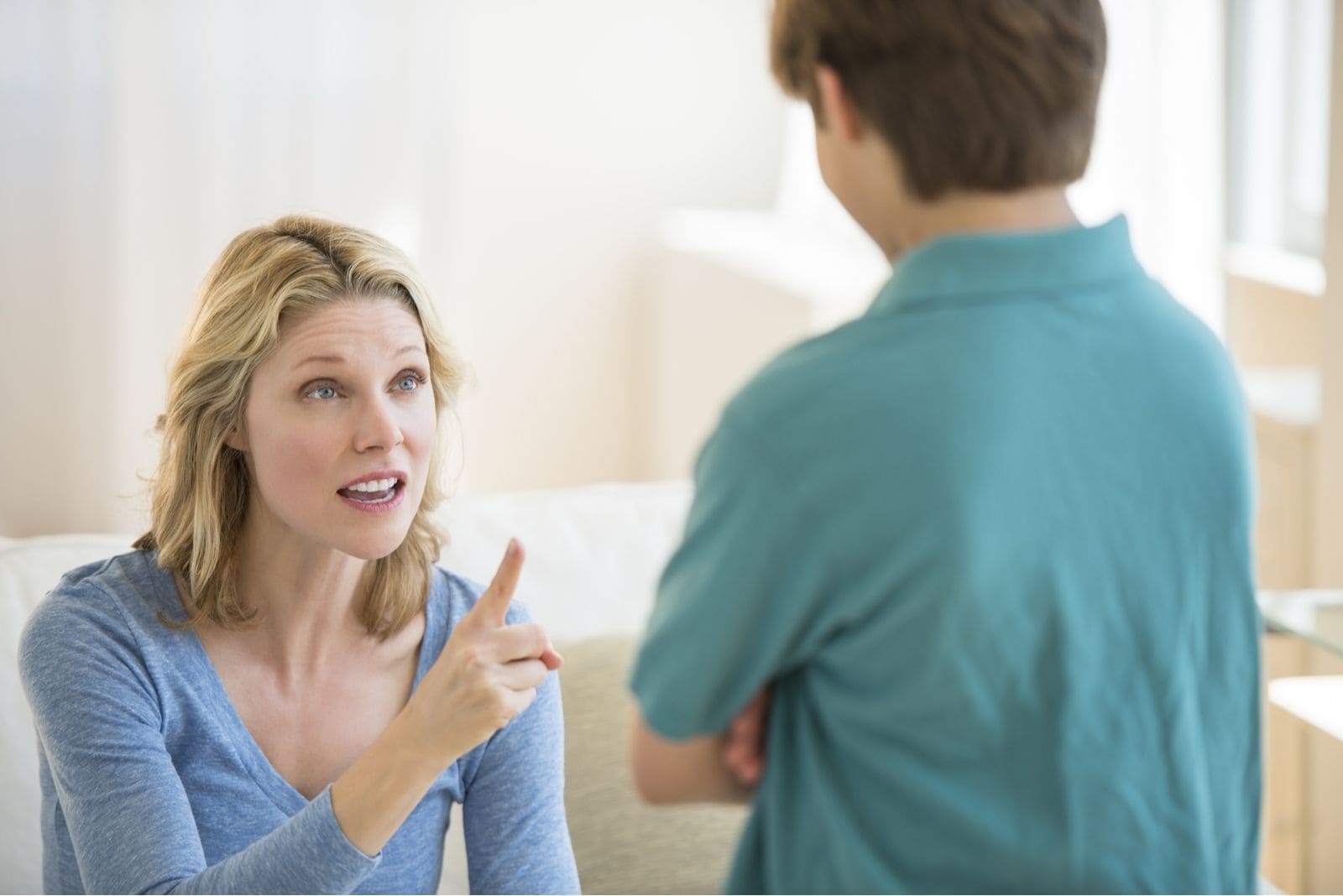 Gaslighting is a form of psychological abuse where the abuser makes you feel and labels you as ‘crazy’ because of your reactions, even though your reactions and feelings are completely normal and expected.

This type of abuse is especially hard when it’s present in a child-parent relationship.

Unfortunately, many parents don’t even know they’re doing it because they see nothing wrong with their behavior.

However, it takes a major toll on kids. The reason why this happens so often is that parents tend to forget that children don’t have enough experience to view life and the world around them the same as they do.

Not only that but parents forget that children are supposed to explore the world on their own, express themselves authentically without fear and not be molded to fit their expectations.

There’s nothing more crushing for a child than denying their emotions, as a child doesn’t yet know how to control them.

When you gaslight your child, what you’re actually doing is making them upset on purpose, just to manipulate them later on into thinking they have no reason to be upset or emotional.

Why is gaslighting in a parent-child relationship often hard to notice? 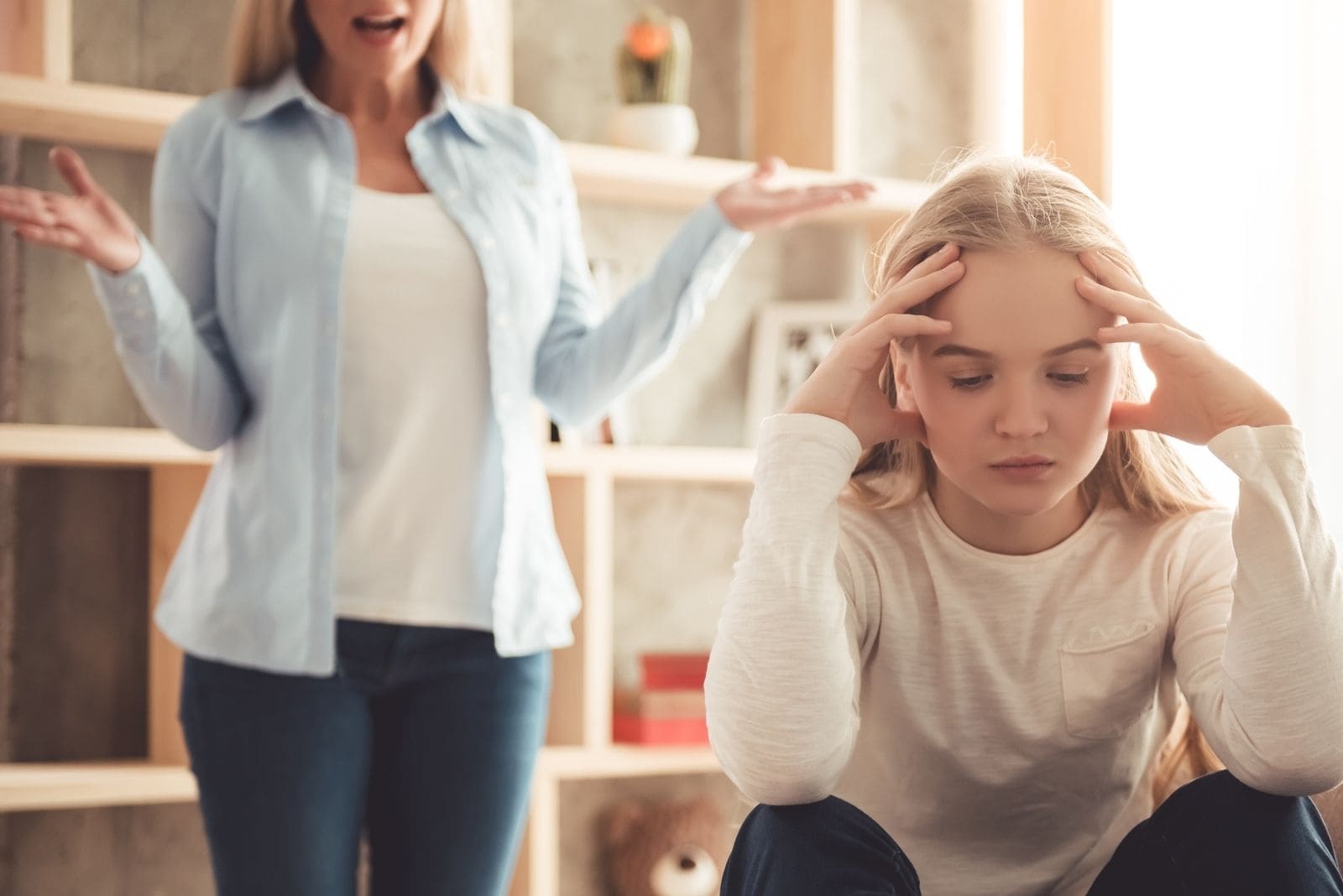 A parent-child relationship is considered a relationship where parents have ‘power’ and ‘control’ over the kid and that’s why the disbalance of power goes unnoticed.

While parents must have authority, they shouldn’t abuse their power and try to push their own reality on their kids.

However, that’s what frequently happens.

A kid’s reality may be discredited because it doesn’t match the reality of one of the parents and therefore the child feels confused and questions themselves.

Narcissists are probably the most common and popular group of people who use gaslighting in their everyday life and usually aren’t even aware of it.

A person with a narcissistic personality disorder has a grandiose sense of self and a hard time accepting criticism, which is the main reason why they don’t understand their mistakes as a parent once they’re faced with them.

Unfortunately, if gaslighting by parents is something a child encounters often through the process of growing up, it definitely takes a toll on their mental health.

A gaslighted child can grow up to be an adult who struggles with insecurity, anxiety, aggressiveness, paranoia, abusive relationships, etc.

See also: A Letter From A Girl Who Survived Gaslighting

Not acknowledging a child’s feelings 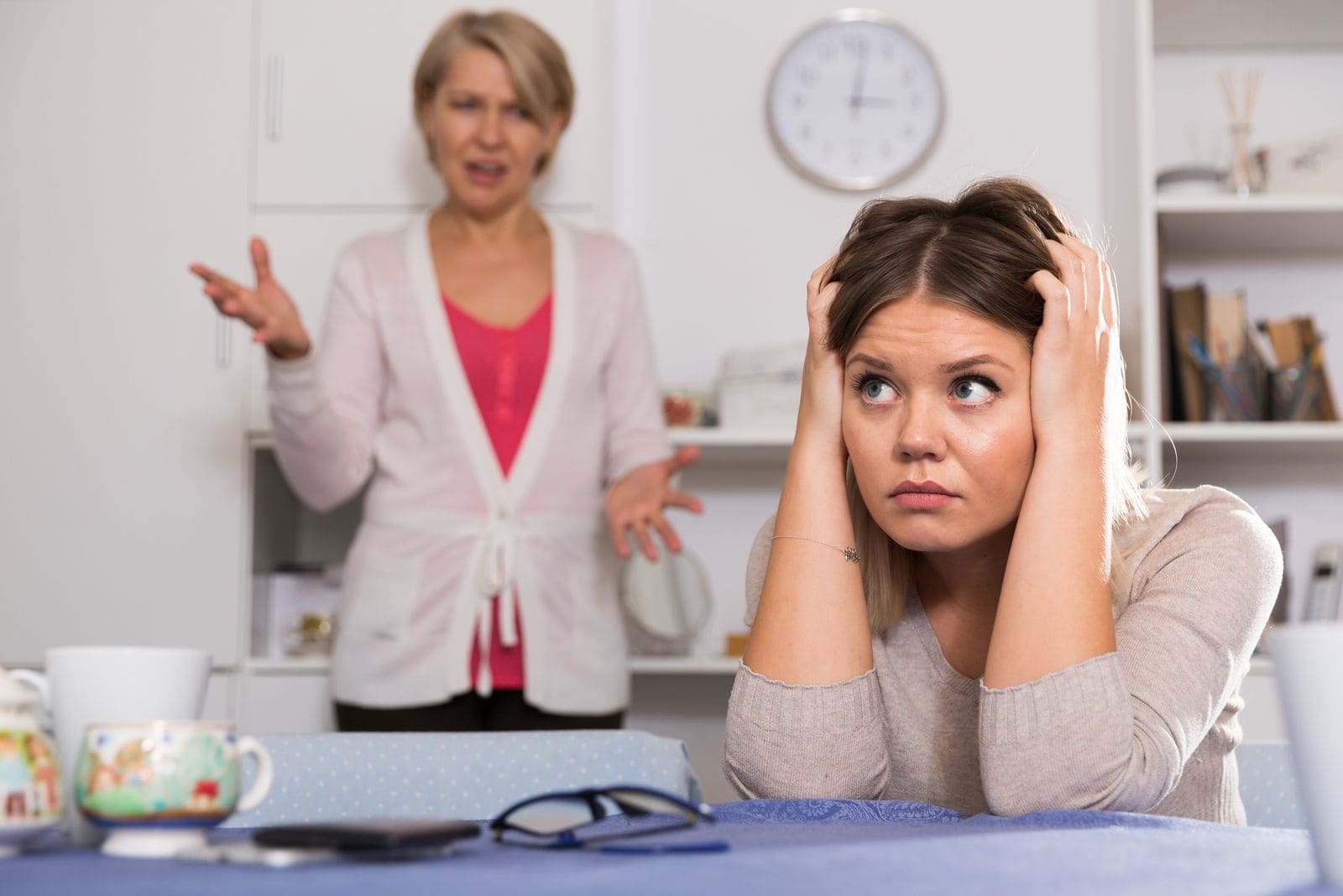 One of the worst and most painful things that can happen to a child is having their feelings ridiculed or not taken seriously.

For example, if a child is afraid of something (like the dark, bugs, heights, etc.) and the parent says sentences like, “Stop being a baby!” they invalidate the child’s emotions.

In other words, they’re telling the child that their emotions are not important or normal.

Instead of belittling a child’s emotions, parents should be there for their child and try to understand what exactly made them uncomfortable.

A parent should respect their child’s emotions, even if they don’t understand them.

Deciding what a child likes and dislikes 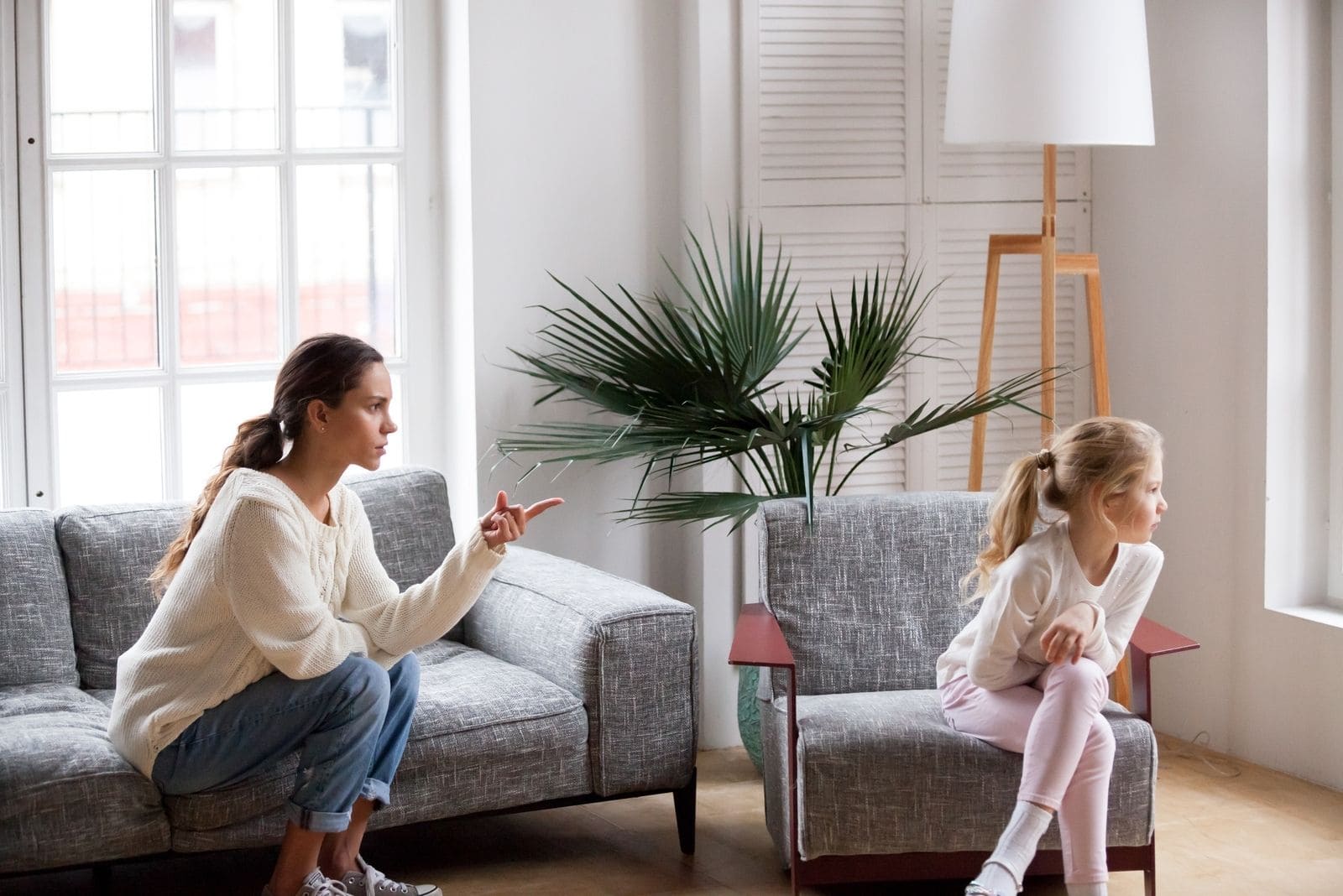 Many parents make this mistake and it’s one of the biggest and easily brushed off red flags.

Before their child even has time to decide whether they like or dislike something, they do it for them.

Sometimes even when kids do decide for themselves, the parent ignores their decision and proceeds to do whatever they intended to do anyway.

This is like saying, “You’re incapable of making decisions for yourself,” or, “Someone else knows what’s better for you.”

Of course, it’s no surprise when this child grows up into an adult who has problems with decision-making.

Decision-making is one of the most important things children should learn in order to be healthy functioning adults.

How to raise children to make good decisions instead of taking the decision-making out of their hands?

Of course, a child can’t have full responsibility for every decision in their young life.

However, their parents should introduce them to options and choices before stating their own thoughts and wishes when it comes to deciding.

The other thing is, parents should know that children sometimes make bad decisions and that’s normal. It’s a process of maturity. 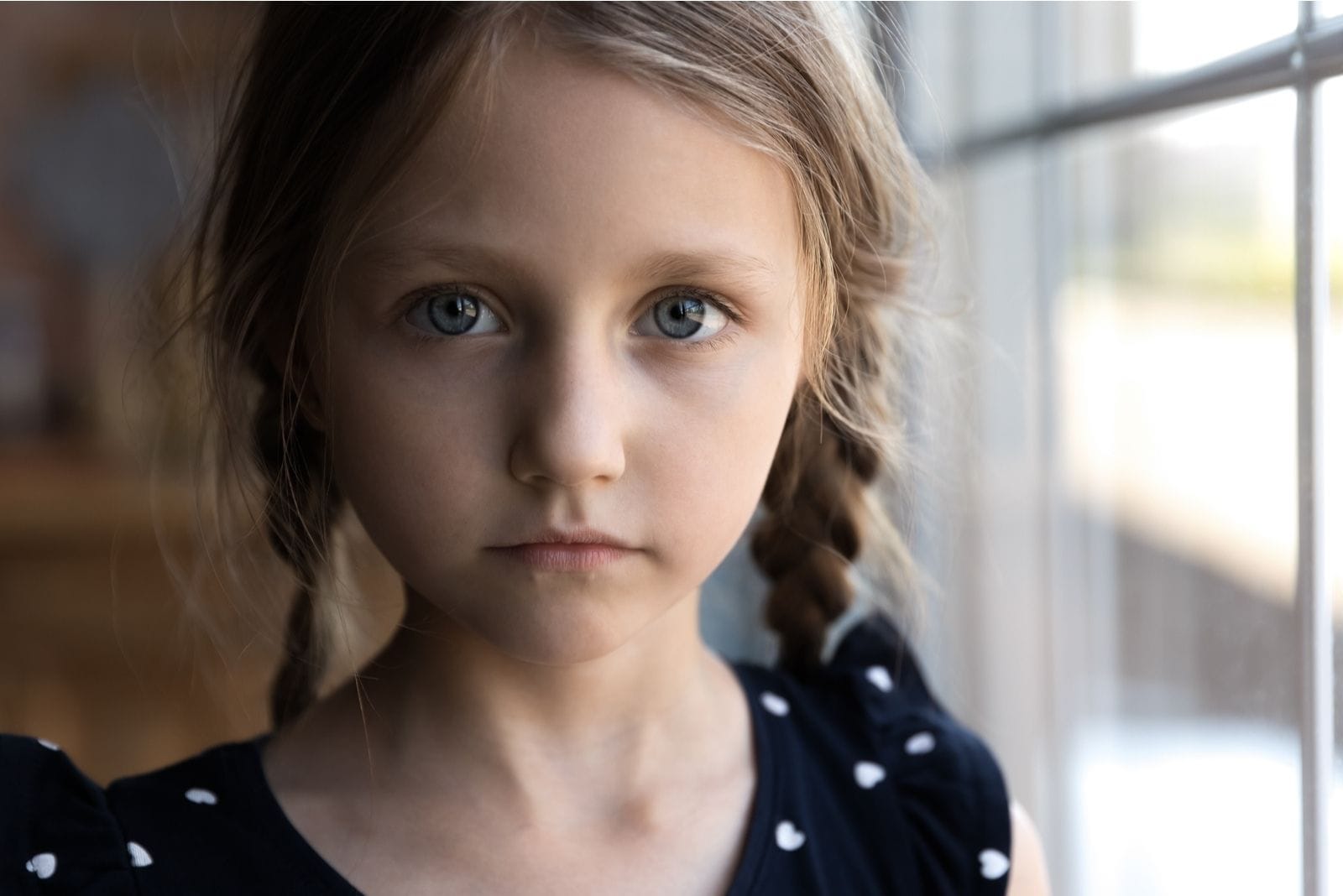 Unfortunately, there are so many instances where family members dismiss a child’s experiences just because they weren’t there to witness that something happened or they simply believe that the child is imagining things.

This is very hurtful and crushing for a child. Just imagine going to a person you have complete trust in, just to find out they don’t believe you or don’t think your experience is important.

This is why a child can lose their trust in a parent in the first place.

Yes, children are imaginative but what they feel and experience should be taken seriously.

Dismissing a child’s experiences can lead to a child not trusting their own perception later in life.

In other words, it makes a child a victim of gaslighting and makes them question their own sanity.

Making fun of a child’s ideas 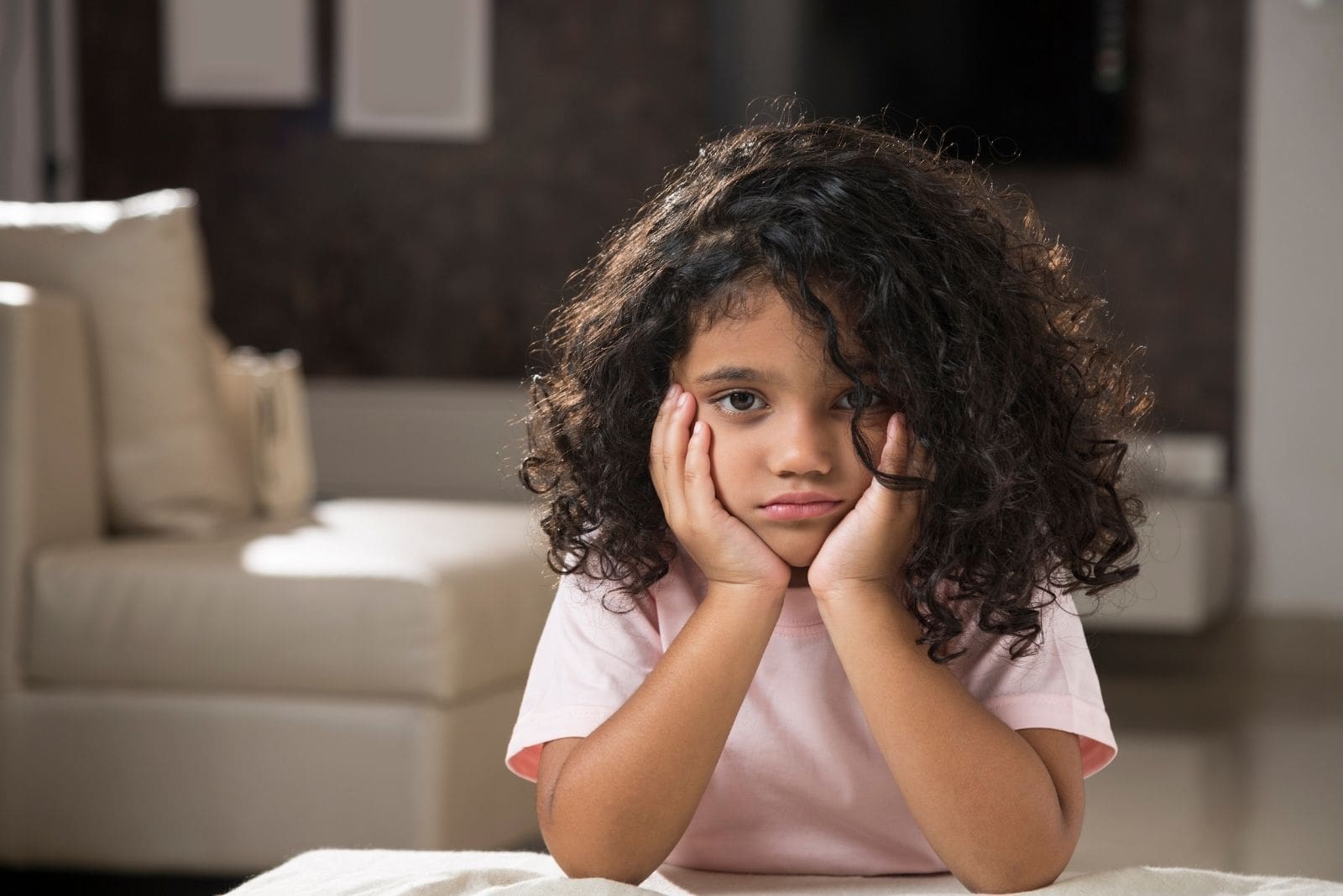 Somewhere in the process of adulthood, adults forget what it means to be a child.

They forget it’s a completely different state of being, full of new experiences, without having to worry about mundane life stuff.

Kids naturally have a wild imagination because they are just beginning to explore the world.

Their ideas are sometimes brilliant and sometimes silly and fun. That’s normal.

What’s not normal is abusive parents who make fun of their children for their ideas, opinions and observations…

As an adult, even if your child says something that doesn’t make sense, or is impossible or completely wrong, instead of making fun of them or scolding them, you should educate them.

Trivializing a child’s feelings is a cause of lack of self-confidence and self-doubt later in their life. 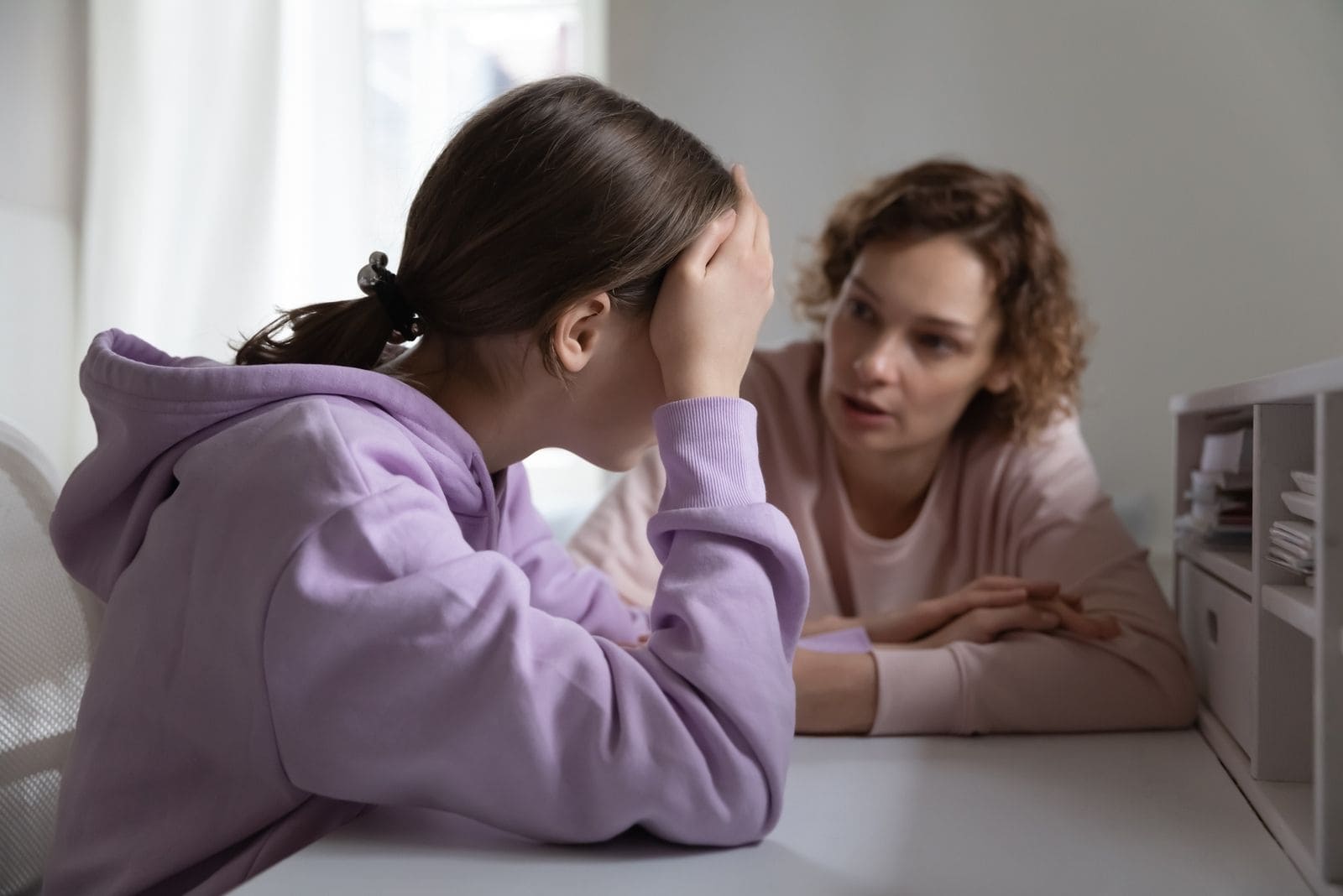 The truth is that children learn their behavior from their parents.

Whenever a child does something that a parent considers ‘bad’, they should ask themselves if they unconsciously do something on a regular basis that would make a child do such a thing.

There’s no point in blaming the child, who’s just exploring life and trying to figure out their place in the world.

There are so many other ways to show a child or a young person the consequences of their actions without directly blaming them, especially if they aren’t aware that the aftermath of it is something out of their control.

Understanding and support are things that should always come first before blaming. 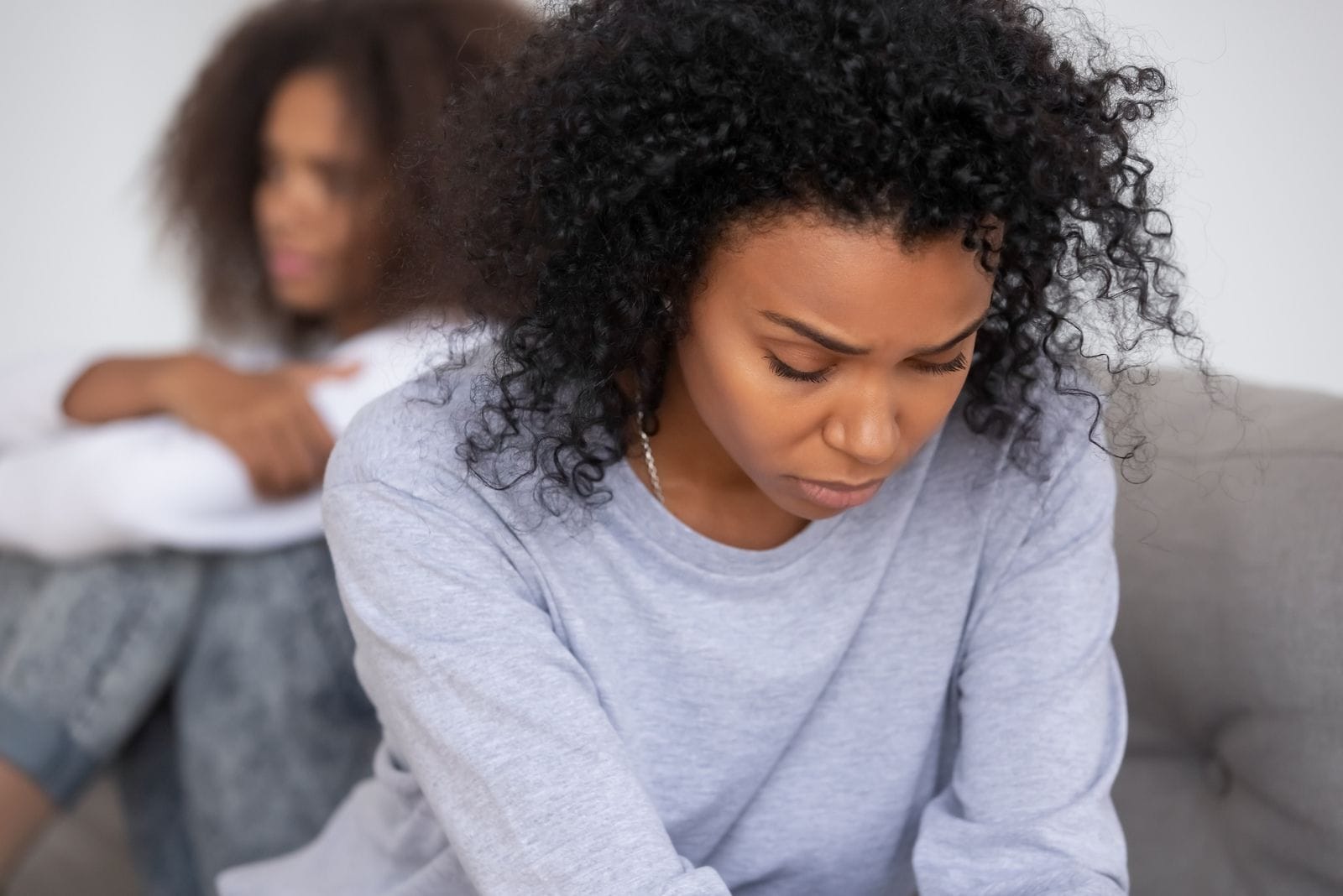 Children are not adults and they shouldn’t behave like adults. Expecting a child to react like an adult is just unrealistic.

Holding children to adult standards doesn’t make sense. Not only that but parents often even raise the standards for their children.

Expecting a child to do something like a grown adult with adult life experience is a form of manipulation.

However, this manipulative behavior is unfortunately considered normal.

A manipulator parent will, for, example expect a three-year-old to accurately express their feelings as adults would do.

That’s simply not possible since small children are new to feelings and don’t always know why they feel something when they do. Even many adults don’t!

This kind of gaslighting behavior puts a lot of pressure on a child and is likely to create a future adult who has problems with an overly controlling attitude, perfectionism, etc. 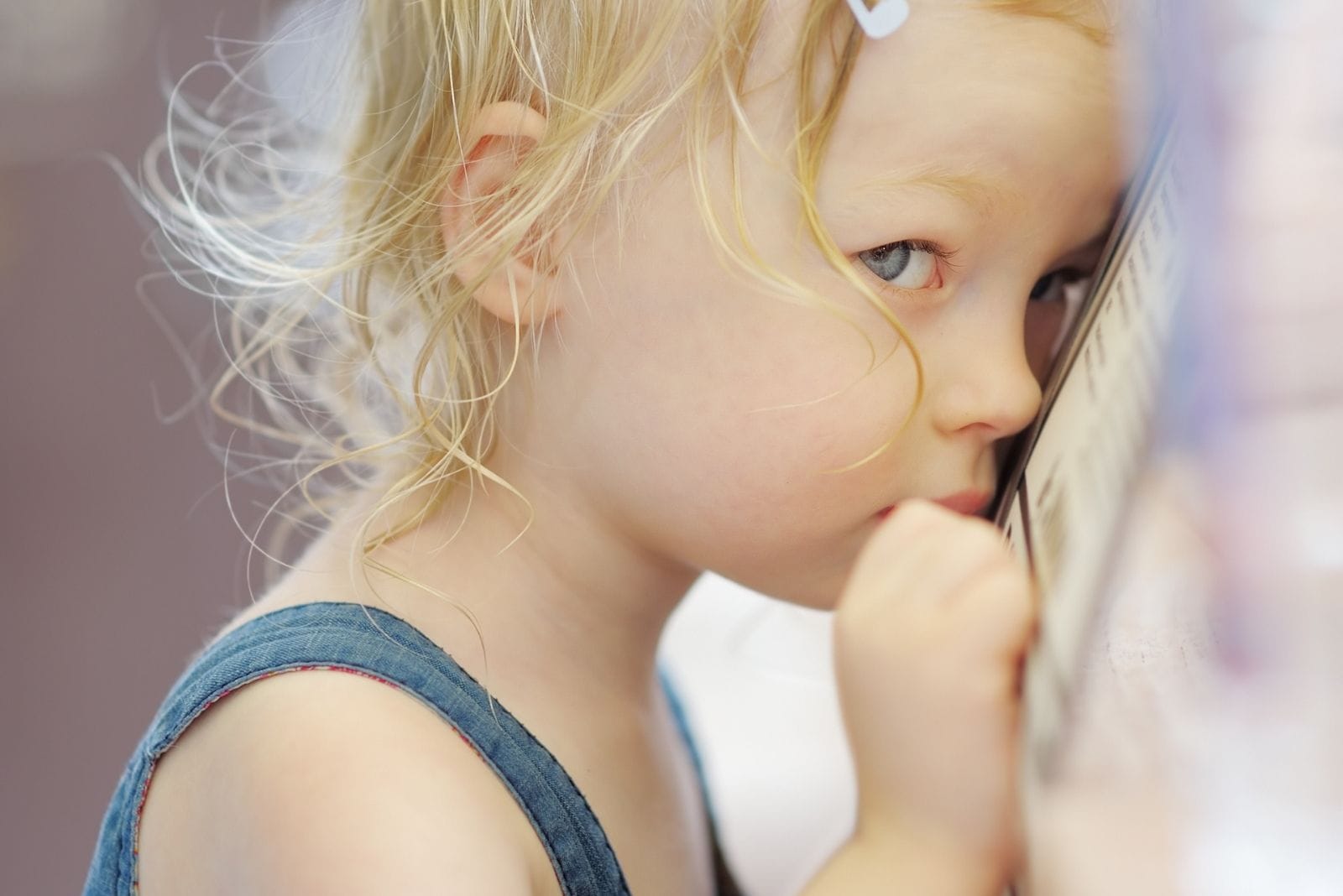 Mockery is also a form of emotional abuse.

It signals to a child that their natural behavior or reaction is shameful, unintelligent or unaccepted, which strongly affects a child’s self-esteem.

Later on, this reflects on their behavior and relationships with other people, including romantic relationships.

A child accepts put-downs, mockery, neglect and generally unacceptable behavior as something normal and expected.

Unfortunately, this behavior is largely accepted as usual, funny and harmless, when in actuality it tells a person they should be ashamed of their natural self.

Being ashamed of ourself is often the beginning of unhappiness. No person can be happy without the ability to express themselves freely and authentically.

Not apologizing to a child 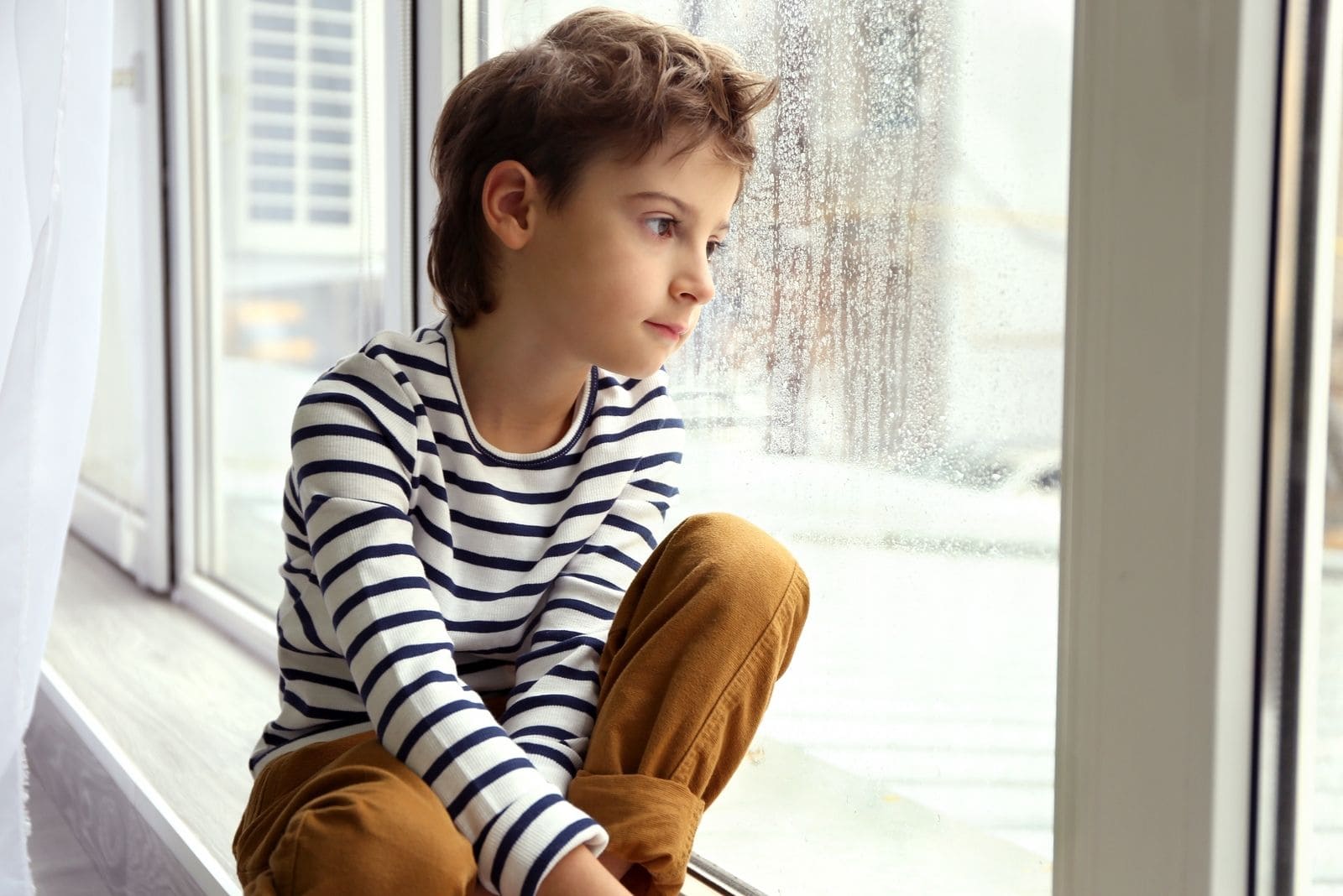 One of the most heartbreaking things a parent can do is not apologize to a child after they did something wrong, which happens a lot in toxic families.

It’s a normal and healthy thing to apologize after you’ve hurt someone, even if you did it unintentionally.

A gaslighter parent will do something they know is wrong and won’t apologize because of their pride.

This is a warning sign that shows a potentially narcissistic parent.

The first time this happens, children will automatically put the blame on themselves and accept their parent’s actions as normal.

They will either copy their behavior or start to over-apologize to everyone. Neither of those options is a healthy coping mechanism. 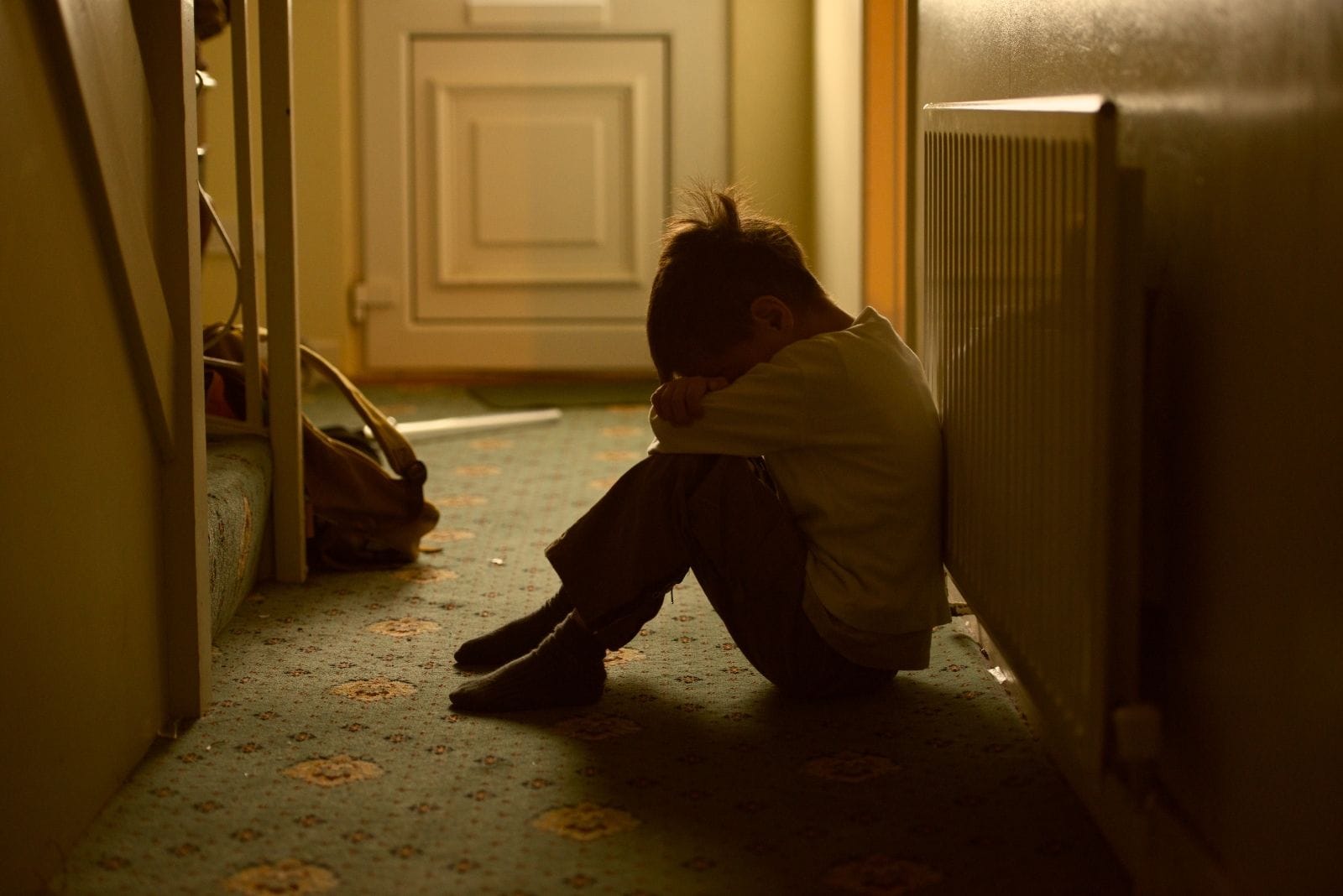 Hopefully, the signs above helped you to detect gaslighting in your own life, whether as a gaslighting parent or a child.

We all carry some learned behavior from our parents, so there’s no point in putting the blame entirely on one person.

The gaslight effect comes in many different ways and as I said, many people who do it don’t even realize what they’re doing.

In other words, all of us have been hurt in some way and our coping mechanism turned us into the people we are.

However, as adults, we must accept responsibility for our own behavior and never stop improving ourselves.

It’s possible to change our behavioral patterns and our life by using perspective or with the help of professionals such as clinical psychologists.

After we have recognized what we do wrong, we need to change it. We also need to apologize to the people we hurt with our lack of self-awareness. 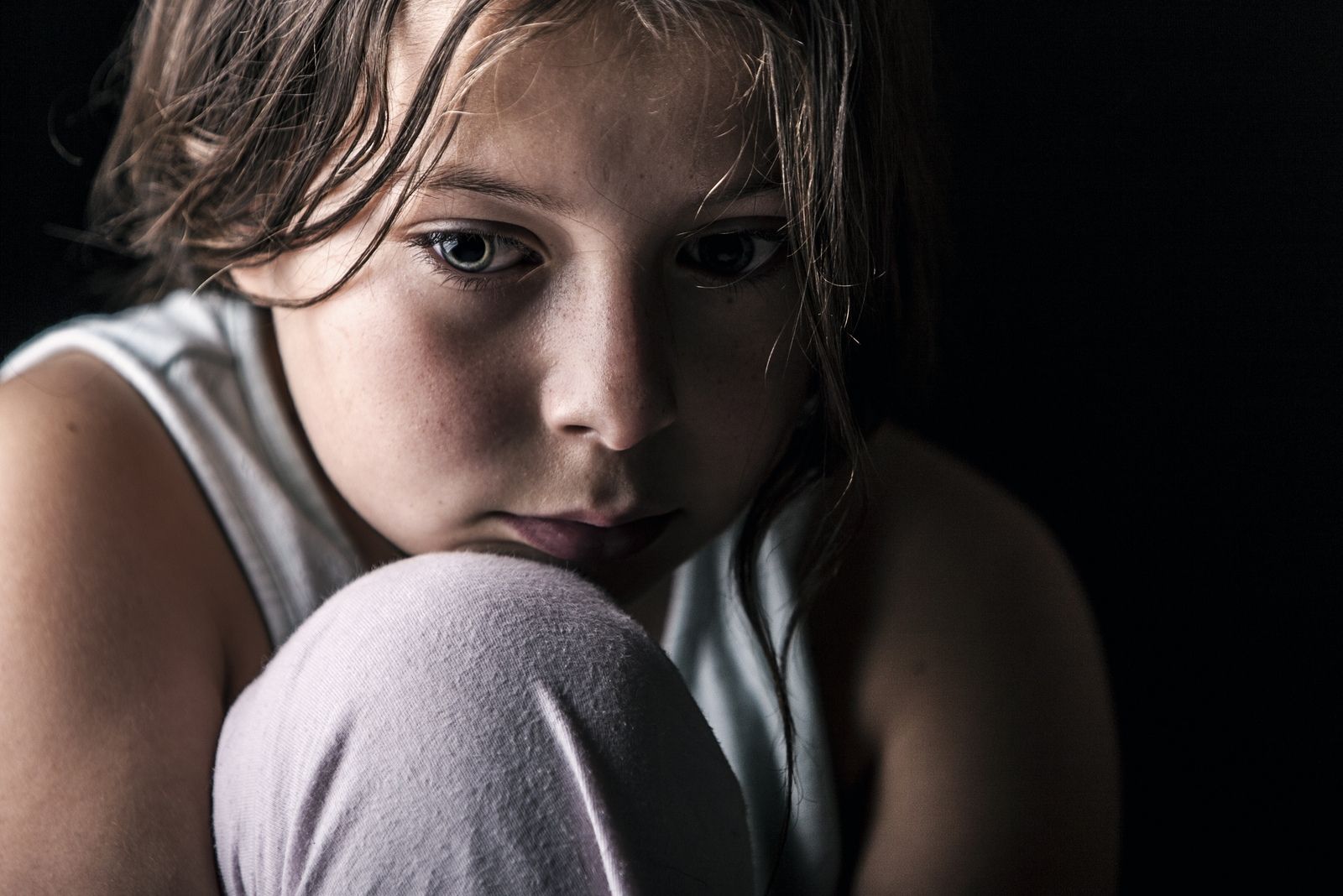 If you’re the child of a gaslight parent, first and foremost, it’s important to heal yourself, understand where you’re coming from and understand how your circumstances affect your life decisions.

Talking about it with your parents is optional. A lot of narcissist parents never take responsibility for their own actions, while others realize their mistakes later in life.

You can always try to start a healthy conversation and inspire a reuniting and bonding experience but it all depends on the other person and if they’re ready for it.

The most important thing is making things clear to yourself and implementing healthy habits into your own life, without caring about what another person will think, even if they’re your parent.

Remember that you can always take your power back, even when it seems impossible.

Fear and negative emotions start in your head and they can be changed. The first and the most difficult step is believing that you can do it.