I always thought that when a relationship ends, that’s it. The heart can never be repaired and words can’t be unspoken. It is what it is – the end of love.

And it hurts. It hurts like hell when you have something with someone that comes by so rarely that you just don’t want to let go. Some kind of chemistry happened between you both and you just clicked.

The more time you spent together, the better time you had. Nobody could understand you like he did. Nobody’s message would lift you on cloud nine like his. Nobody could hug you like that and make all of your troubles leave. Nobody made such a huge impact on your life in such a short time.

And for some unknown reason, he decided to go. He decided to leave and there was nothing you could do about it.

You didn’t want to let go but You had no other choice. Love is made for two. Two to love. Two to make efforts. Two willing to fight. Two willing to stay. You wanted him so badly but you couldn’t be the only one to hold on.

And it took you so long to get back on your feet and pick up those broken pieces of your soul. It took so long to let go of all the what ifs. It was hard to move on with your life without closure.

But somehow, with time, you made it.

You concentrated on yourself. You started to build your life from scratch. You got stronger from the pain that broken heart carries. And somehow feelings slowly started to fade away, or at least you thought so.

And then your phone lit up with his name, begging you to talk to him. Your body trembled from the shock.  You didn’t know what to do.

You couldn’t even think straight because all the love and all the pain filled you from the inside again. And it took you by surprise because you had no idea they were still there. 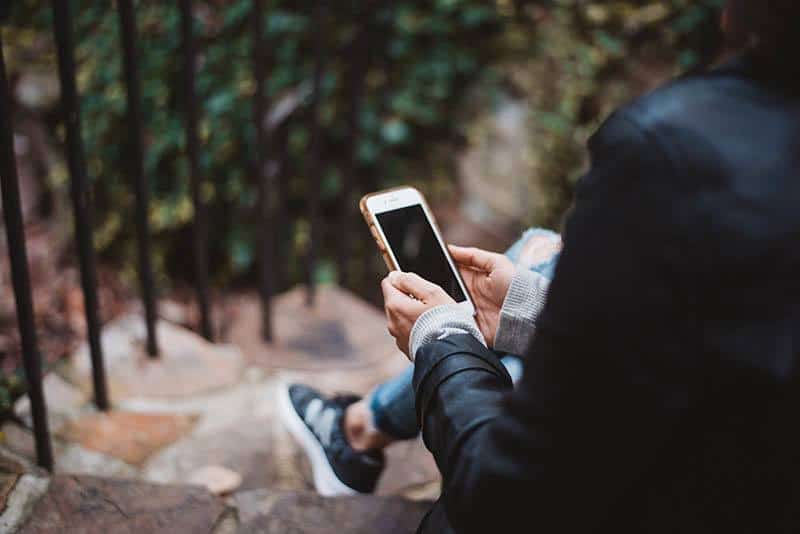 You decided to ignore him. You didn’t want him to disturb your peace with his poor words and insecurities. You didn’t want the same fire that burned your heart to burn it again. You were running as far away from him as you could.

But he knew that the only way to get you back was to be persistent. So he didn’t give up until you answered. He wanted to see you he wanted to explain why he did what he did, he just wanted a chance to talk to you.

And you gave in eventually. You listened to him.

And you knew his words were honest. He knew you were the one from the first moment he saw you, he just wasn’t ready and that scared him to death.

He was sorry he hurt you, you could see regret in his eyes, you could see the desperation because he lost you. All he wanted was one more chance to make all the wrong right and to prove you he is a different man now.

He wanted to show you that he matured. He wanted to make up for all the lost time. But it was all up to you.

And no matter what you said to him you knew deep down you would give him a chance from the moment you saw him again even though you tried to push that feeling aside.

You couldn’t believe what was happening, it was like you were subconsciously waiting for him to come back into your life.

Eventually, you forgave him. He put his words into actions. He proved that he is worthy of a second chance. He worked long and hard to get your trust back.

And you just knew you were willing to take all the risks because with him you had something that couldn’t be explained with words. You felt that by his side is where you need to be. You felt like home.

You decided to follow your heart wherever it might lead you… and it turned out that it was the right choice to make.

Because it happens at times, but not very often, that love leaves just because it was always meant to come back.