As I’m writing this, I’m recalling last night’s call that I had with one guy. It was our first call after some time of texting, and needless to say how nervous I felt about it.

As I was waiting for him to call me, every second felt like an eternity, and the more I waited, the more anxious I was.

The reason why I was so nervous was because I liked him a lot and I wanted to leave a good impression.

As I was thinking about all these things, I suddenly froze the second I saw that he was calling me.

I greeted him with a simple Hello, thinking you cannot go wrong with that, right? He asked me how my day was. I replied to him and then I stopped for a few seconds.

The reason why I stopped talking was because I felt like the conversation was going in a wrong direction. I could feel his robot-like undertone and how tense he was.

At one point, I asked him this: Tell me something you don’t want me to know about yourself.

He said that he is actually a shy guy and he has difficulties opening up to others, and that’s why he expected me to be the one talking all the time.

Bit by bit, I helped him open up more and more about himself, and he said that he hadn’t felt so vulnerable, yet fulfilled in a long time when talking to girls.

And, that’s when I knew that I was doing it right.

Contents show
1 If you want him to like you and open up to you, you need to create an emotional connection.
2 Every man’s biggest desire is to feel free to be vulnerable with you.
3 The easiest way to get a man’s attention is by being creatively honest.
4 You have to give him everything bit by bit so that he keeps coming back for more.
5 No matter how much you like him, don’t ever be anything else than YOURSELF.

If you want him to like you and open up to you, you need to create an emotional connection. 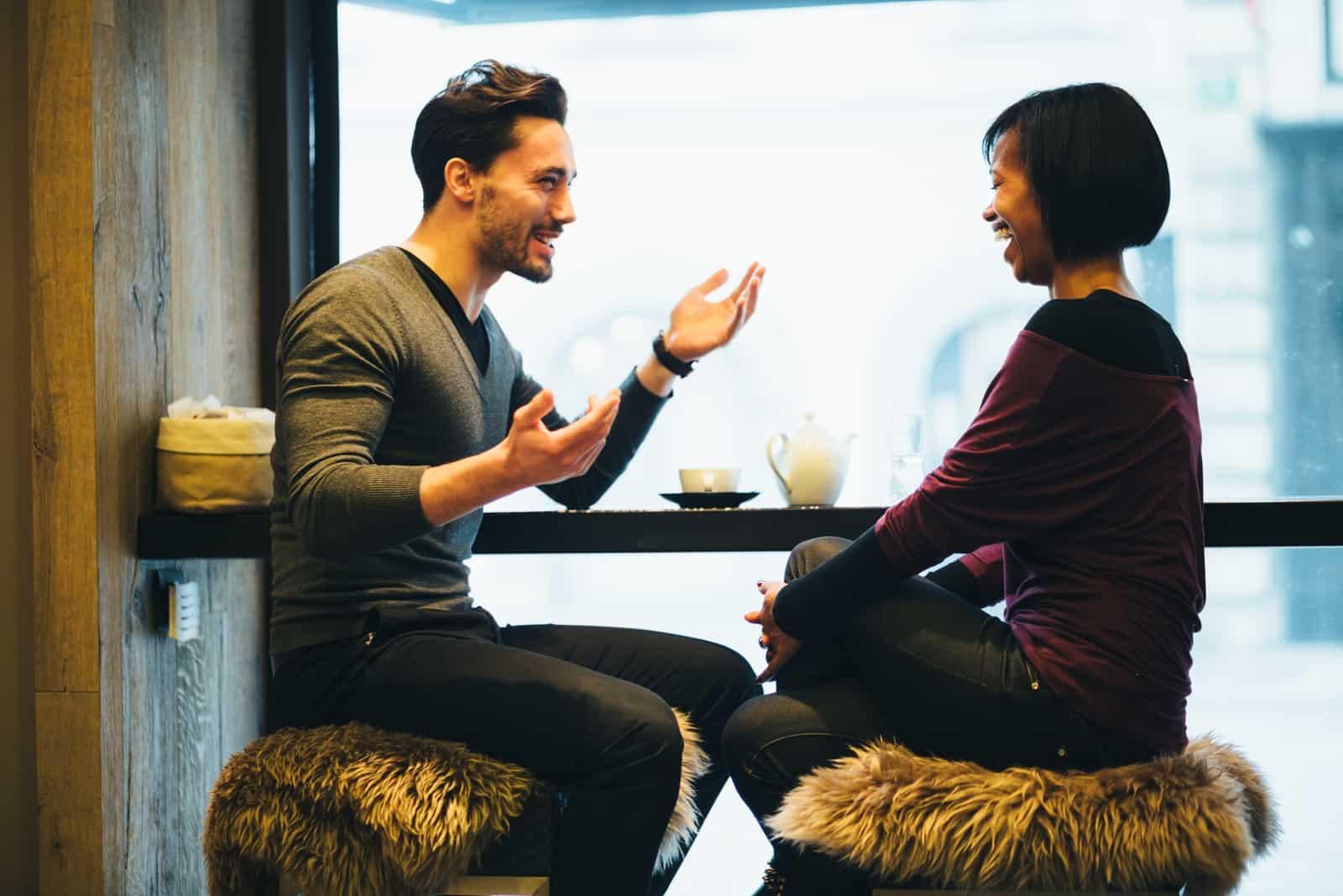 Creating an emotional connection is one of the most important things when it comes to conversations (especially with someone you like). So, how do you connect with a guy you like?

You connect with him by asking him meaningful questions that will help him open up to you. The biggest mistake you could make is focusing only on the things you want to share about yourself.

Don’t get me wrong. He wants to get to know you better and he wants you to share things with him, and you should do that, but you should also be interested in what he has to share with you.

The thing with guys is that they are used to only listening to girls instead of reciprocating and focusing on creating an emotional connection.

Choose topics that will help you get to know him better. Ask him about his interests, his future goals, his biggest fears, and his weaknesses and strengths.

If you want a guy to open up to you, you have to make him feel comfortable about sharing things with you.

You need to give him some space to express himself and gather courage to show his vulnerable side to you as well.

Every man’s biggest desire is to feel free to be vulnerable with you. 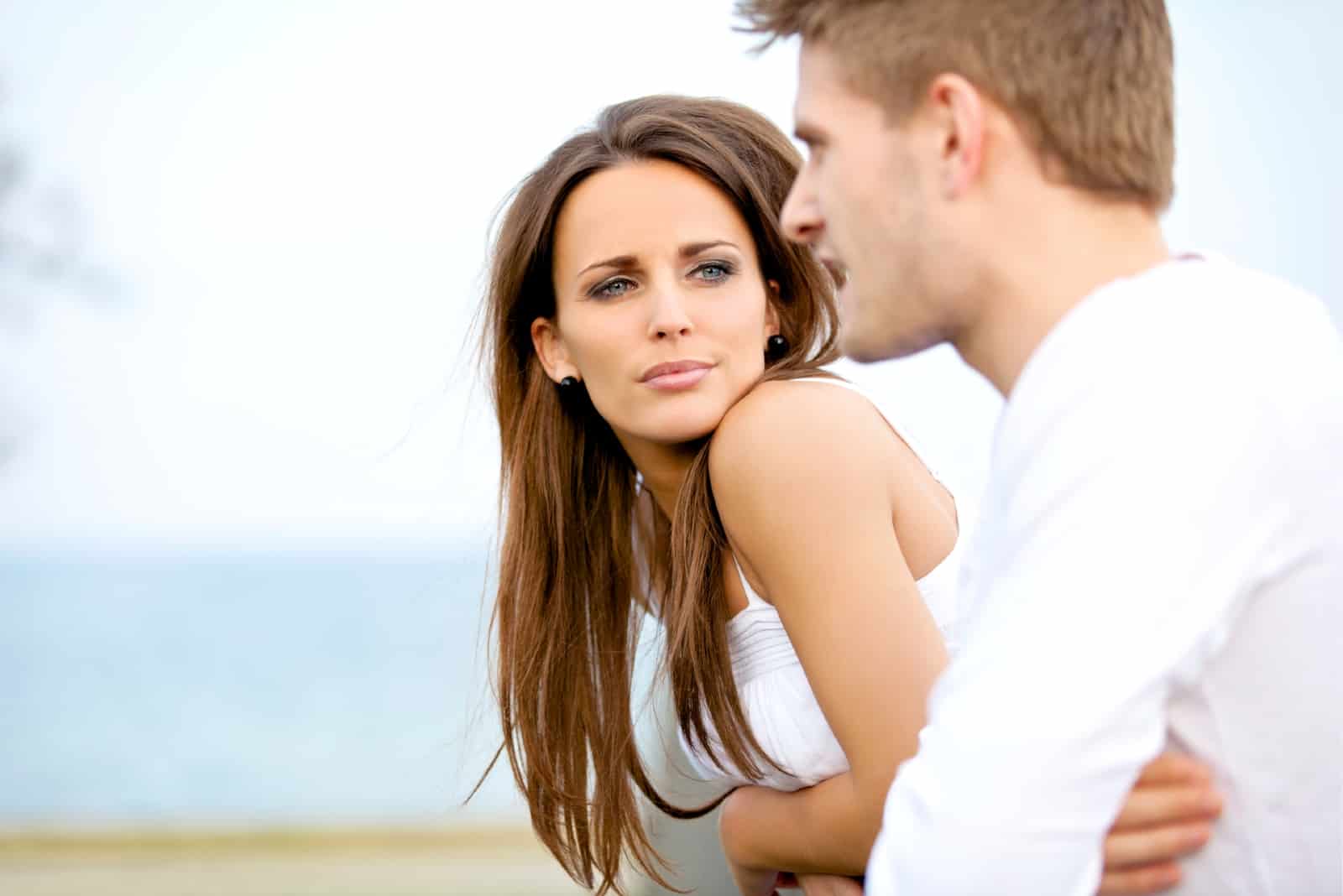 Yes, they want to show off their masculinity, strengths, and brag about their achievements because this is in their nature.

They are competitive and protective of their women, and that’s why they often have a hard time expressing their deepest feelings and opening themselves up to you.

That is where you come into the story. There isn’t a single man on earth who won’t choose to open up to you and be vulnerable with you if he feels comfortable enough to do so.

You need to make him feel comfortable about sharing things with you just as I made that guy confess that he’s usually shy around women and he needs some time to open up to me.

I daresay that because of this, he likes me even more and he enjoyed our conversation even more (which he admitted).

The easiest way to get a man’s attention is by being creatively honest. 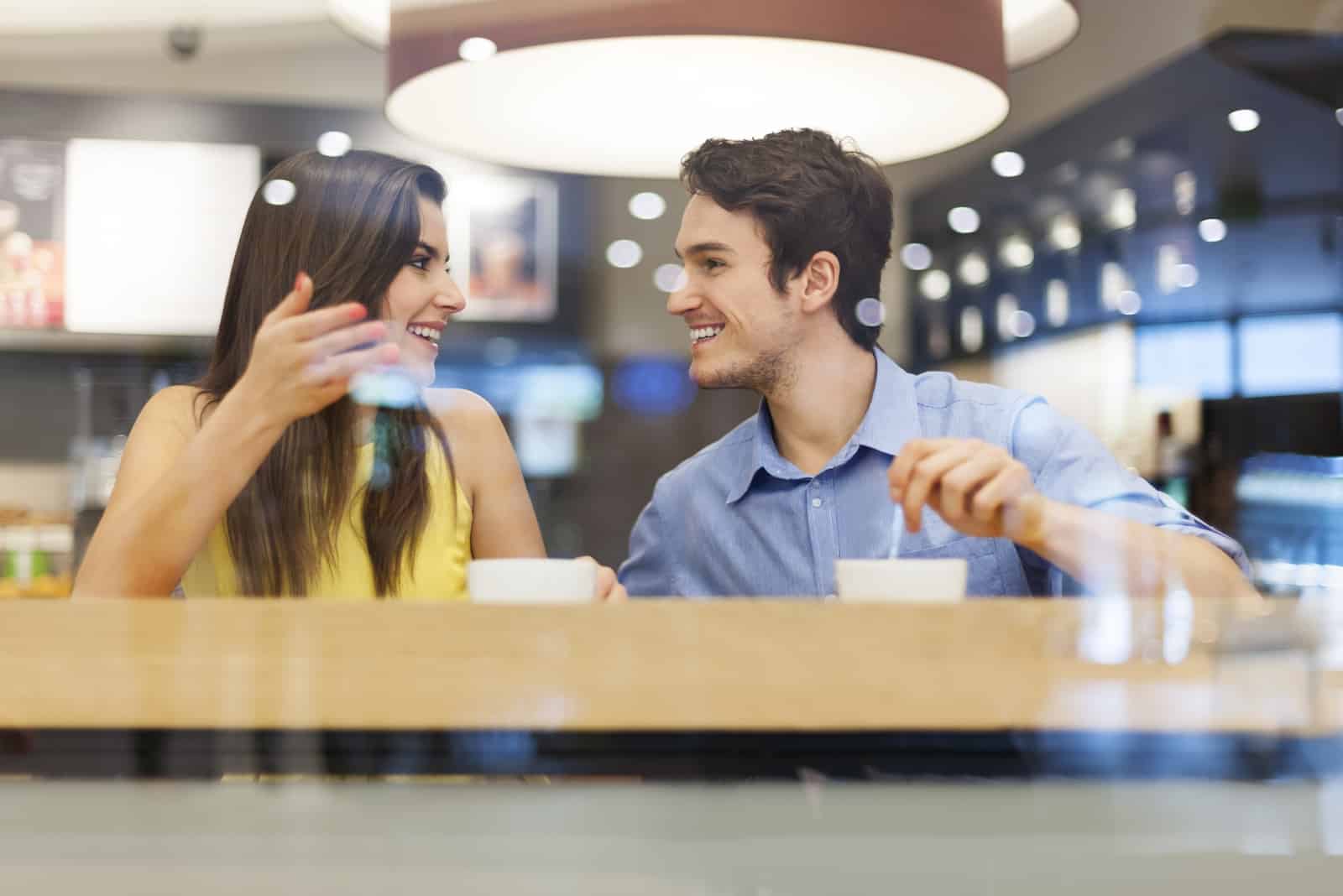 What does it mean to be ‘creatively honest’? It means saying exactly what you want to say to him at that very moment. It means being yourself instead of pretending to be something you’re not.

The easiest way to get a man’s attention is to be creative when answering his questions instead of being predictable like the majority of other people. THAT’S what guys cherish most!

They want a woman who will challenge their beliefs instead of nod at every single thing they say.

That guy you like wants you to contradict him; to show him that you have your own opinions on certain topics and that you’re not afraid of expressing them.

If you’re capable of inspiring a guy with your unique perspective on things, you’re already halfway there. He will be mesmerized by your boldness, intelligence, and inspiring aura.

If you want to get a man’s attention, you need to keep him interested during conversation:

There’s a reason why I wrote mysterious in caps lock, and the reason is to accentuate the importance of it.

One of the biggest mistakes you could make when talking to a guy you like is oversharing things with him.

I understand that you want to tell him everything about yourself, and you’re dying for him to finally know every single detail about your life, but you shouldn’t do it.

If you want to catch and keep his attention, you have to remain mysterious to him.

You have to give him everything bit by bit so that he keeps coming back for more. 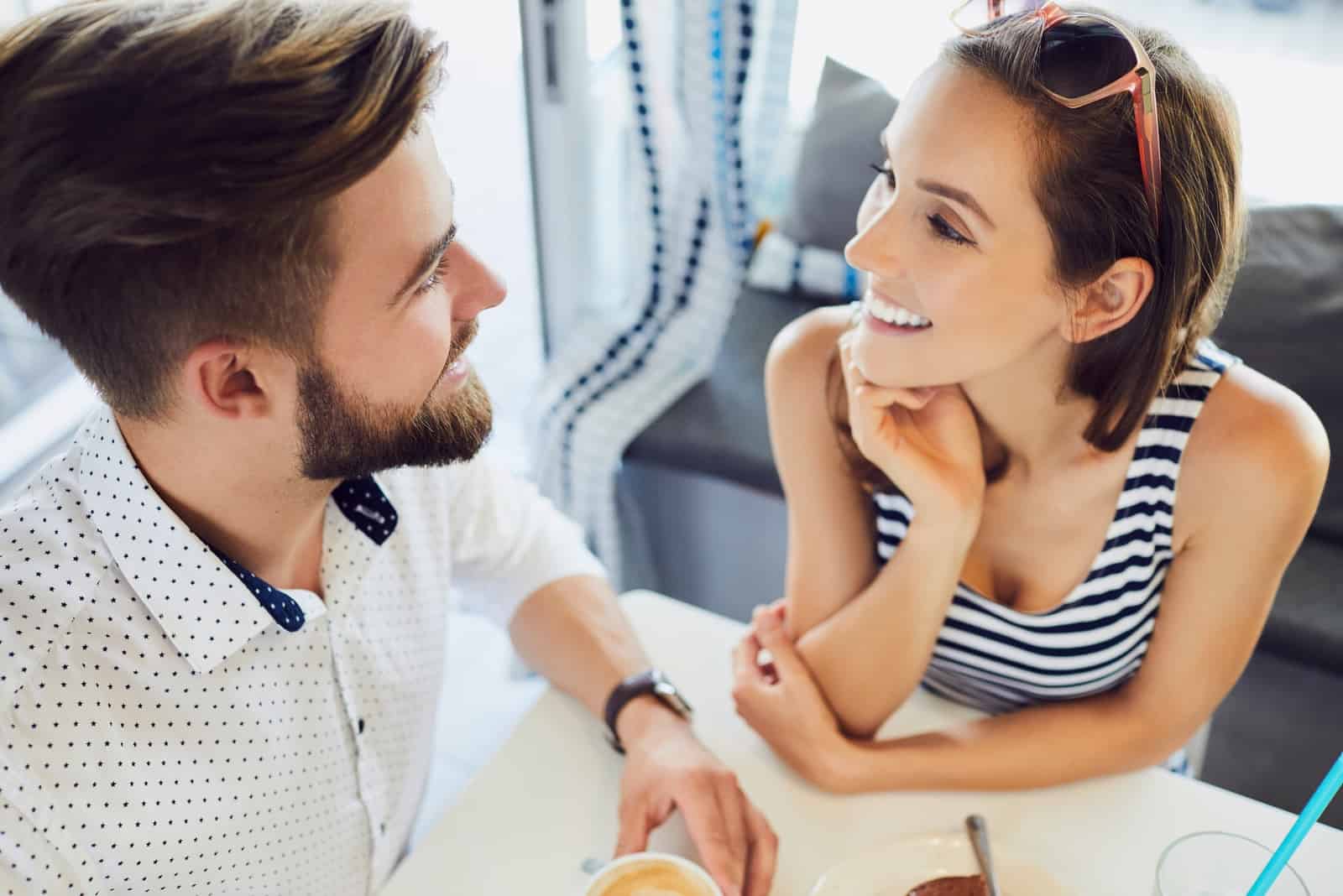 That’s exactly what I did last night. I didn’t want to talk about myself so much and, at one point, the guy told me: I want to get to know you better. Why aren’t you talking about yourself and your life?

(I hope he won’t be reading this.) Dear guy, the reason why I didn’t want to talk much about myself is because you would soon lose interest in me and our conversations would become boring.

Yup. Every guy is dying for you to share things about yourself, and sometimes, they will beg you to do it, but you should never overdo it.

Don’t ever overshare things about yourself to a guy because if you do, nothing will ever be the same.
I want you to remember these two things. If you want to get a guy’s attention, you need to:

1. Always choose interesting topics to talk about with a guy.

2. Never reveal too much about yourself, but preserve a little bit of mystery.

Now, imagine that you show him a box of chocolates, but forbid him to open it. Instead, you open it and give him one. The next day, you give him another one, and so on.

The whole point of this is that he will never know what exactly hides in that box of chocolates. It will remain a mystery to him and make him want it even more.

That’s exactly how a man perceives a woman as well. If you reveal to him too much about yourself, he will not be tempted to learn more about you because there will be no mystery.

No matter how much you like him, don’t ever be anything else than YOURSELF. 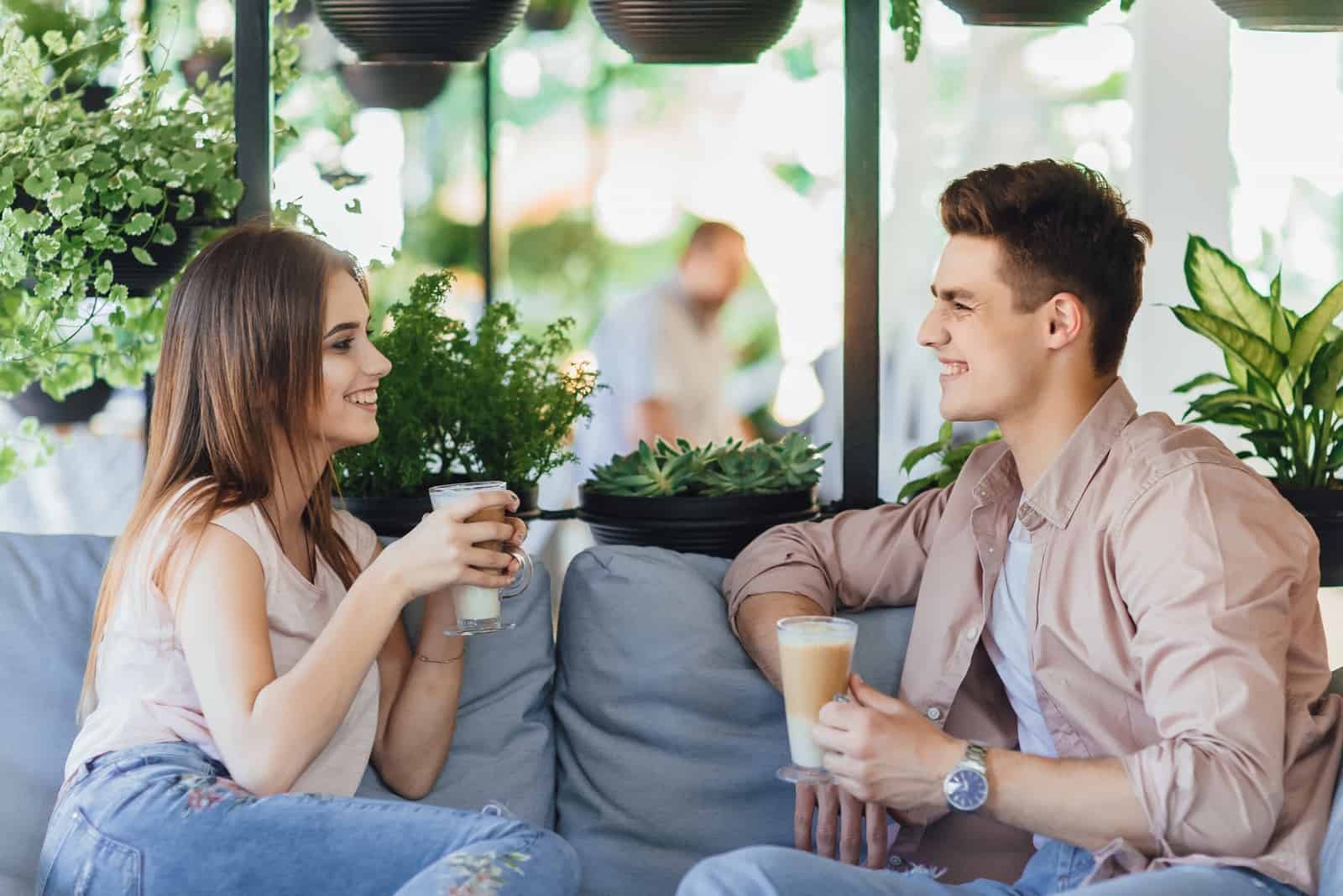 When we really like a guy, we become tempted to do anything for him and even present ourselves as something we’re not.

No matter how much you like this one guy, don’t ever be anything else other than your true self.
Say what you really mean even if he might not like it. Don’t pretend to be a lady if you’re a legit tomboy.

Don’t think about what he might want from you, but offer him to get to know the REAL you. That’s a surefire way of getting and keeping any guy’s attention.