You see, the workplace is not just a place where only business happens. At work, you can have fun and make your day better if you have a perfect partner in crime.

All you need is a coworker who likes you just a bit more than your other coworkers.

But the question is: How to tell if a guy at work likes you? What do you need to notice to actually see that he likes you?

Worry no more, because I already know some subtle signs he’ll show if he really likes you.

So, are you interested in finding out more about them? Yes? Then, stay tuned!

Here are 14 subtle signs a guy at work likes you

He finds excuses to spend time with you 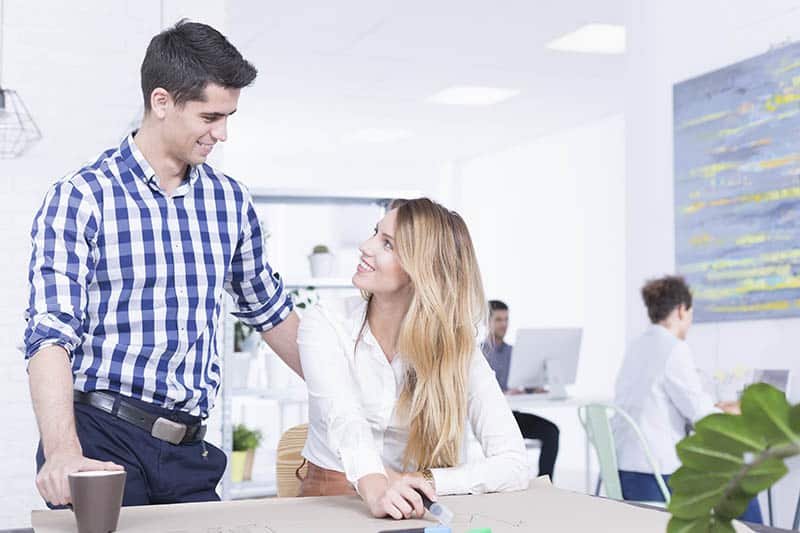 When a guy likes a woman, he will try to spend as much time as he can with her and this might be one of the first signs a coworker likes you.

So, if a guy at work always pays attention to where you go, he will probably follow you and start a chat with you.

He will try to be fun to talk to, so you spend more time with him. He simply enjoys being in your company, so don’t act surprised if he invites you to spend the lunch break together. 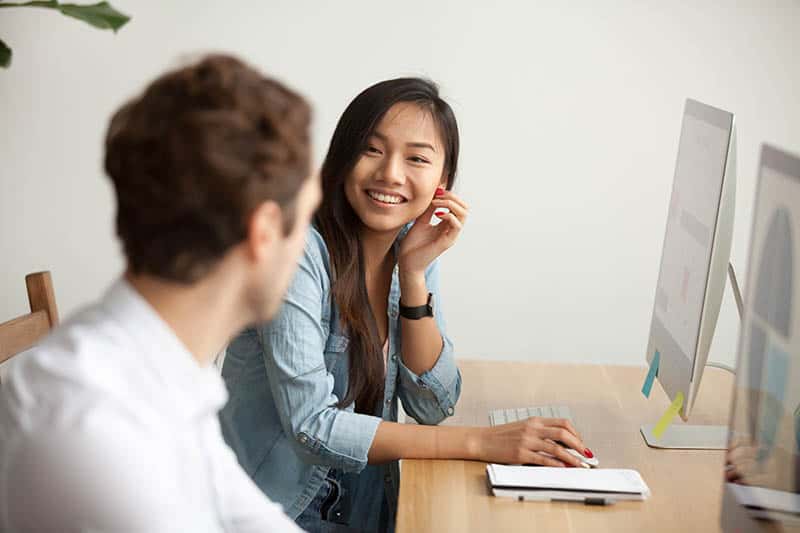 Guys often can’t control when they are staring at someone. They simply do that, not thinking if you will notice it and what you will think about it.

So, if you see a guy at work staring at you, it’s one of the obvious signs that he likes you.

He thinks that you are beautiful, and he simply can’t take his eyes off of you.

When he is with you, it is as if he is hypnotized, but he can’t do anything about that.

He doesn’t mind asking you about your love life 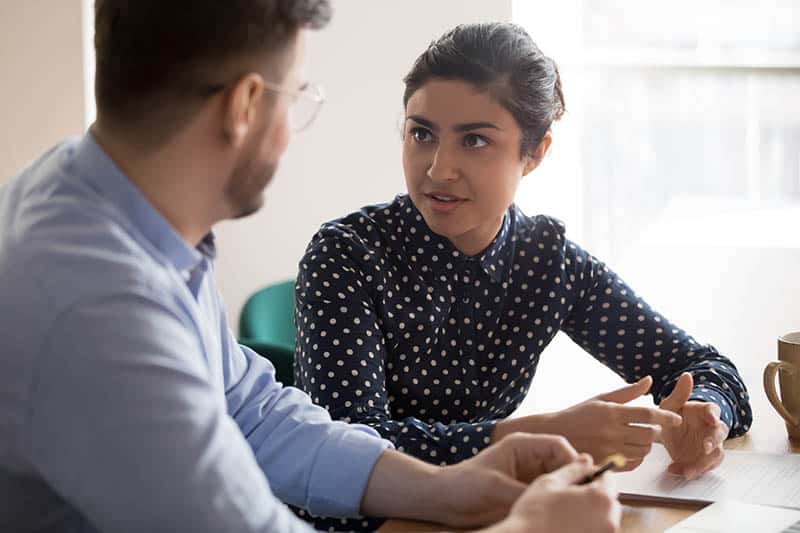 If a guy at work asks you about your love life, it is a telltale sign that he likes you more than you think.

You never had a situation that other people in the office asked about your love life, so you will probably get surprised when he asks something personal like this.

It will be even weirder if you are not such good friends and if you don’t spend so much time together.

He invites you to lunch breaks 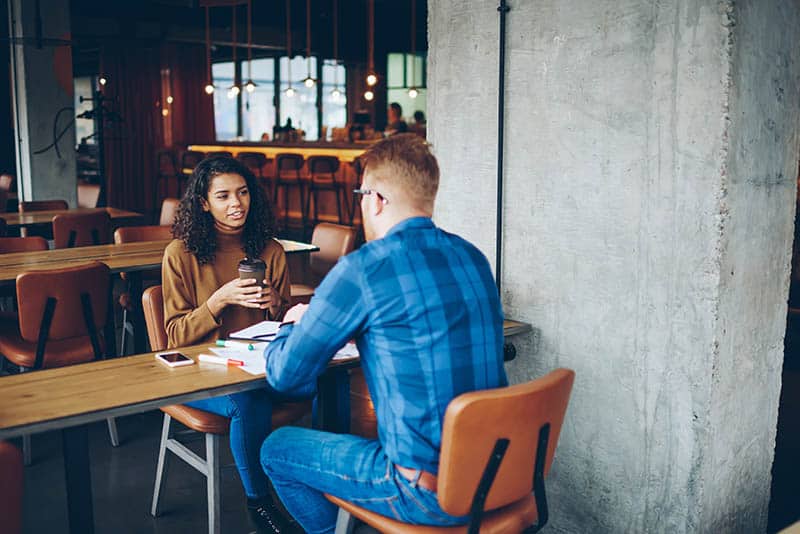 Okay, so you already realized that he wants to spend more time with you, but if he actually asks you to have lunch with him, it is a step forward.

If you accept his invitation, make sure that you pay attention to his body language because it can tell you a lot about his feelings toward you.

Is he acting nervous? Is he sweating and being clumsy? Is he acting weird, telling you things that he normally wouldn’t say?

If the answer is ‘yes’ to all these questions, then you can be positive that a guy at work likes you.

See also: Topics To Talk About With A Guy: The Ultimate List Of 35 Conversation Starters

He offers to help you 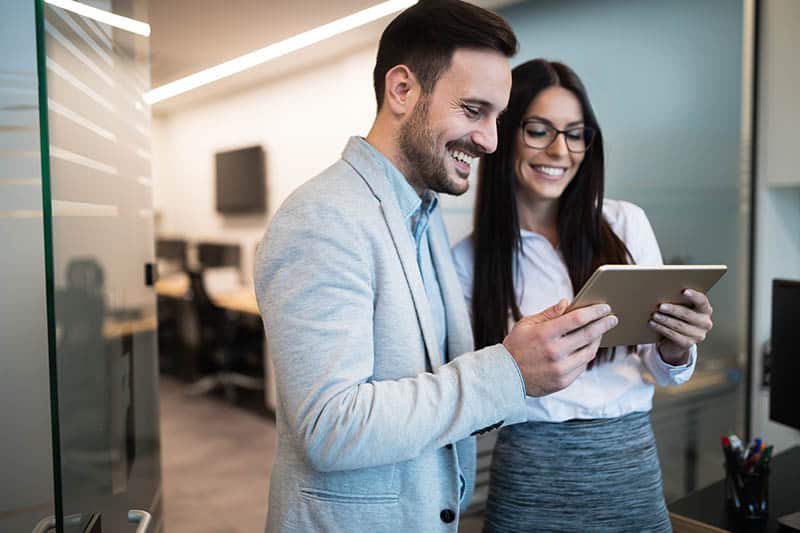 You see, when a man offers to help you, it is a sign that he is interested in you. He wouldn’t just waste his time on someone he doesn’t like just like that, and he is spending time helping you because he really wants to.

Maybe he will start talking about work to get you interested, but later he might ask you about your private life to check if you are available or not.

If he is always there to help you with anything you need, you can be sure that a guy at work actually likes you.

He dedicates himself to you 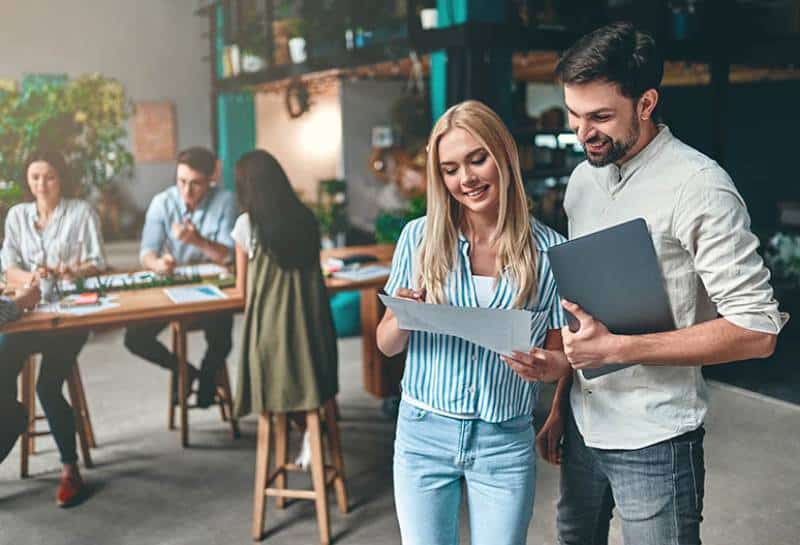 If a guy at work sees that you need help with something, he won’t even ask you anything, but he will hurry to help you as much as he can.

If he is handling some serious things and sees you all upset, he will leave everything and run to you to see if he can help you in any way.

In moments like these, he will be more than just a guy from work. He will be like a best friend to you, and you will feel so protected and safe with him.

Related: How To Tell If A Man Is Attracted To You?

He wants to take you home after work 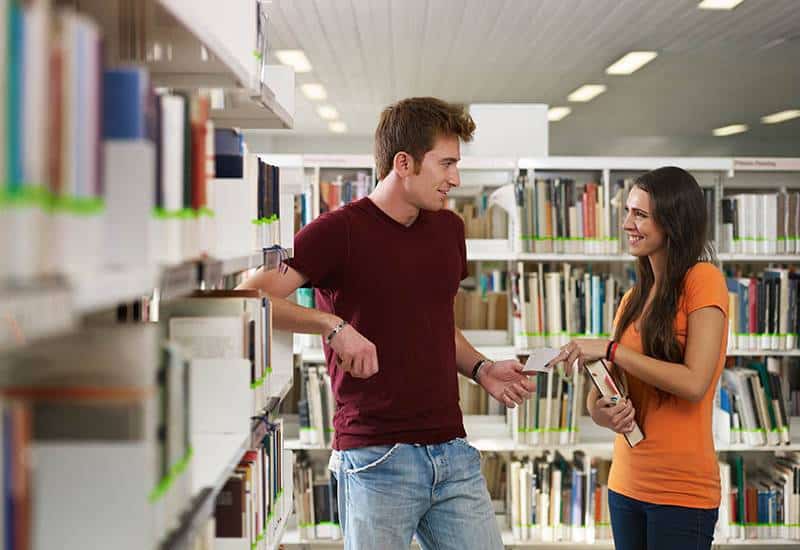 If you see that a guy at work acts pretty kind to you, asking you to take you home after work, it can mean that he is interested in you.

If that happened only once, it is okay, but if that happens often, it means he wants to be with you as much as possible and taking you home just gives him a chance to get to know you better.

Also, if he tries to touch you while you are driving or he keeps watching you, it is a sign that he really likes you, so it is up to you if you will give him a chance or you will just ignore him.

He texts you funny clips 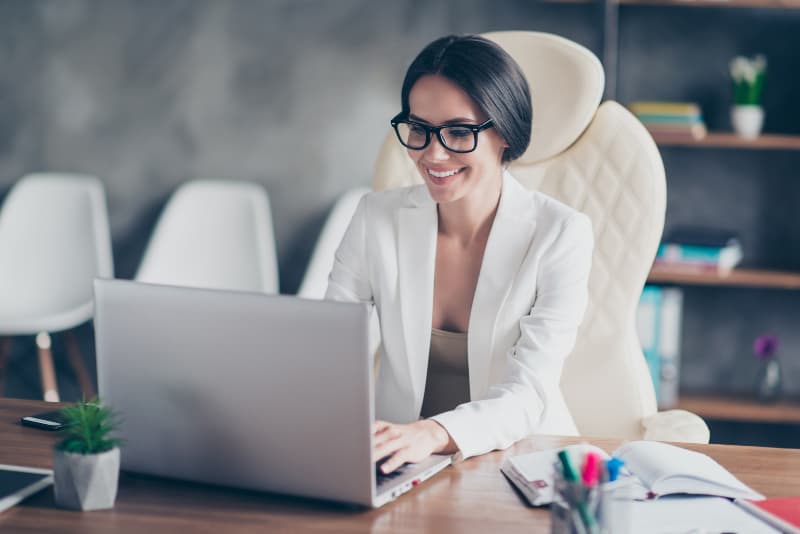 It is the middle of a work day, and you are all exhausted because you have deadlines, but all of a sudden, you get a funny text from your coworker, and you instantly feel much better.

He probably saw that you are not in a good mood, and he wants to make you feel better.

He is always trying to put your happiness first, and for him, it is not so important that he is happy if that means you will be sad.

He simply wants to win you over, and his emotions are deeper than you think.

He remembers everything you told him about yourself 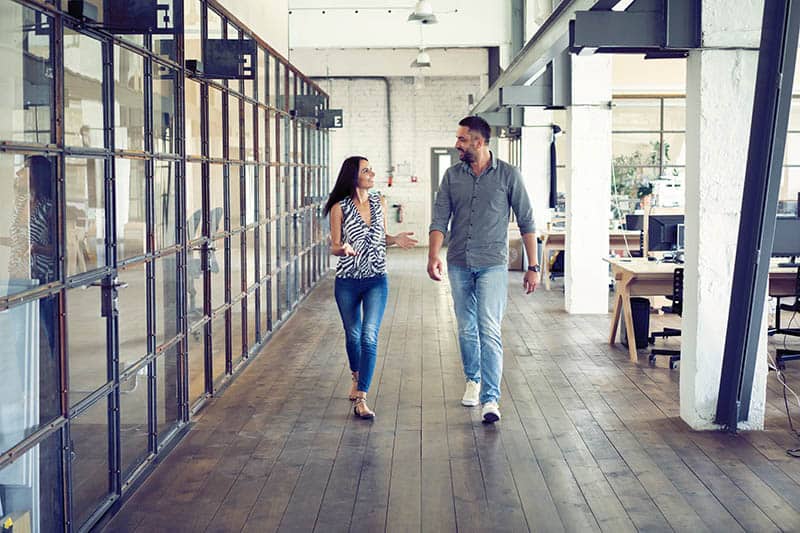 If you want to know if a guy at work likes you, just pay attention to his behavior when you are with him.

Does he sometimes blush and gets confused when you ask him something?

If all your answers are affirmative, then it is an obvious sign that a guy at work likes you more than you think.

He gets jealous if he sees you with another man 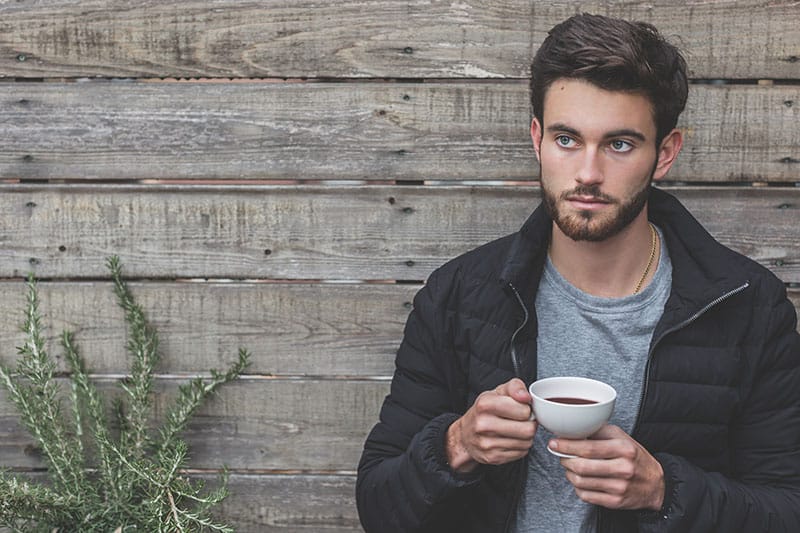 If a guy at work always gets jealous and starts acting weird when he sees you with another man, it is a telltale sign that he likes you.

He likes you very much, and he can’t stand seeing you with another man.

He will probably ask you about the guy you were with and try to see if he is your boyfriend or not.

If he does that, you can be sure he is into you and that he doesn’t plan on giving you to someone else.

He is the first one to see a change in you 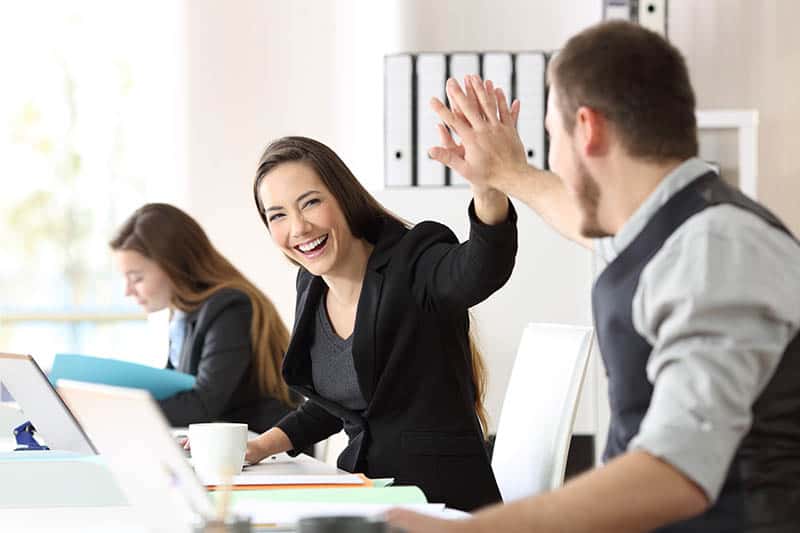 If a guy at work likes you, he will show you that in different ways. He might tell you that the new haircut looks great on you or that your new dress suits you great.

All in all, he will be the first one to notice something new about you, and he won’t be shy to say what he means about that.

He acts like that because he is really into you, and everything about you is extremely interesting to him.

He tells you about his private life 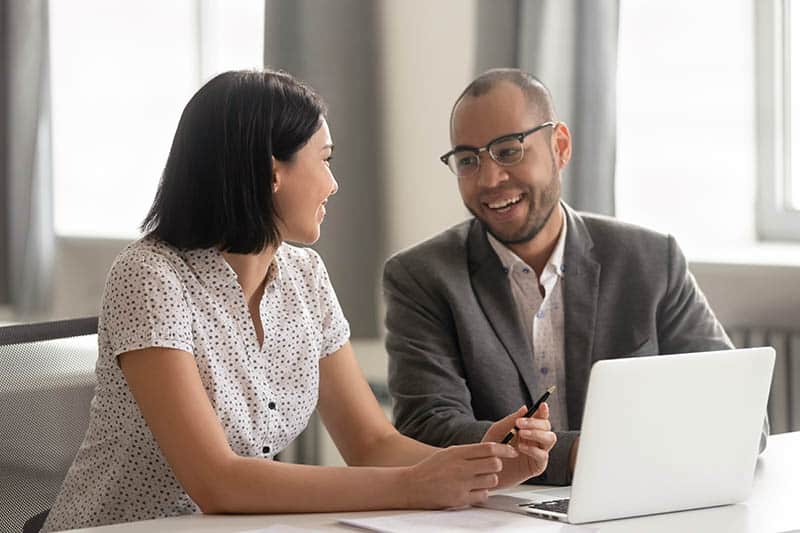 When a man feels comfortable with a woman, he won’t have any problems sharing his private life with her.

So, if a guy at work tells you more than you should know because you just work together, just understand that he has strong feelings towards you.

He wants you to know everything about his life, and he sees a real friend in you.

He feels good if he opens up to you because he is sure that you won’t judge him about anything he does.

He tells you how beautiful you are 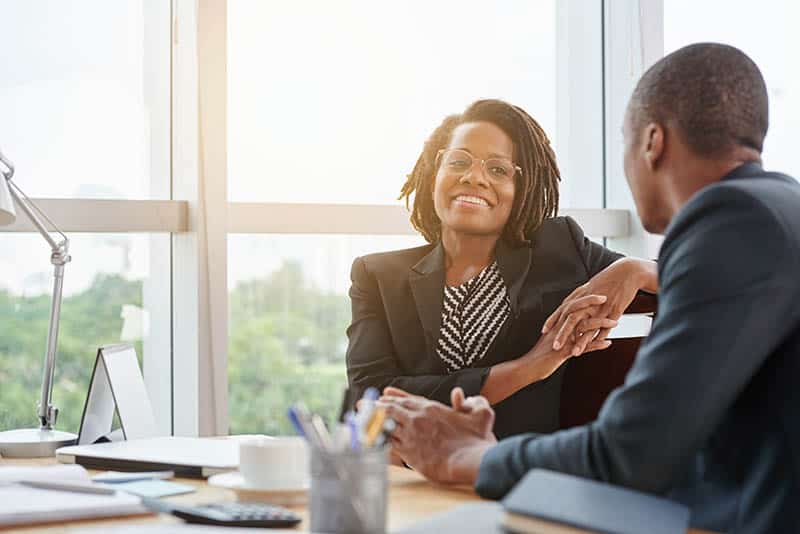 If there is a guy at work that always makes you feel special by complimenting you, it is an obvious sign that he likes you.

Even some people in the office saw that he always compliments you, and you can feel that he feels something more than just friendship.

If that is something you really want, then listen to your heart and go after it, but be aware of the consequences that might happen if the two of you break up. In the end, it is your call.

See also: 18 Hidden Signs Your Boss Wants To Sleep With You

Your gut tells you 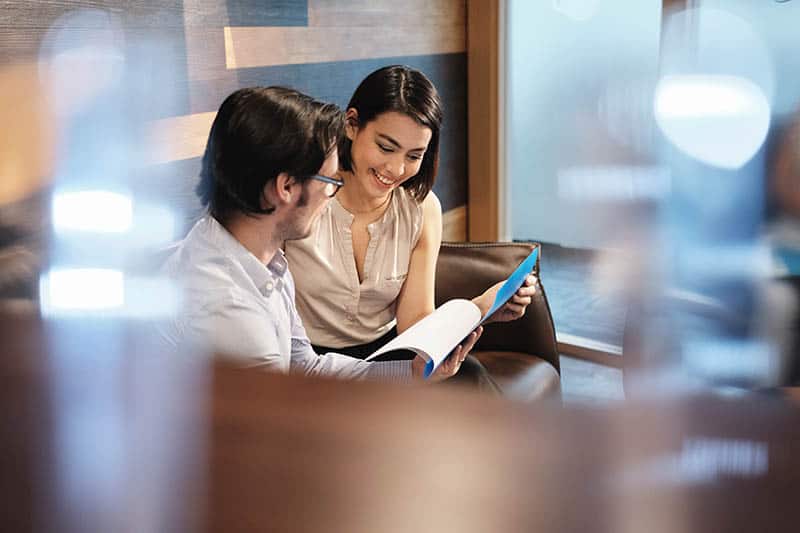 You know that strange feeling you have every time something is supposed to happen?

And when it happens, it is the same as you imagined it? Well, if that feeling tells you that a guy at work likes you, then he probably does.

If you feel there is some strange chemistry between the two of you and that he acts strangely when he is with you, he might be catching feelings for you.

If you want to find out the real truth, try to spend more time with him, and see if he will lose interest when you stay alone with him. 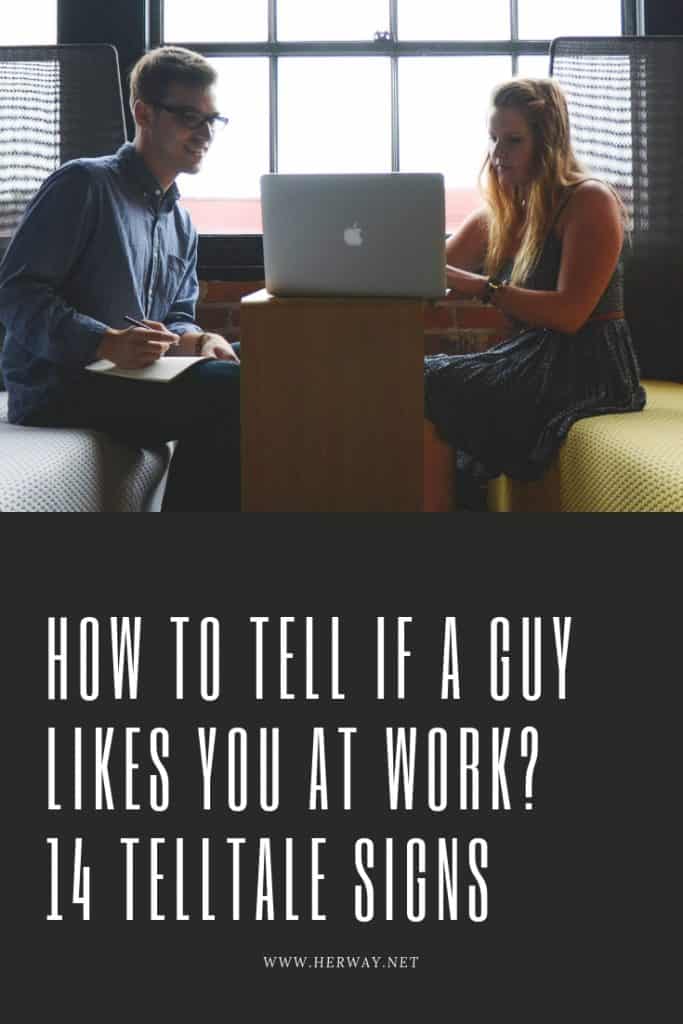