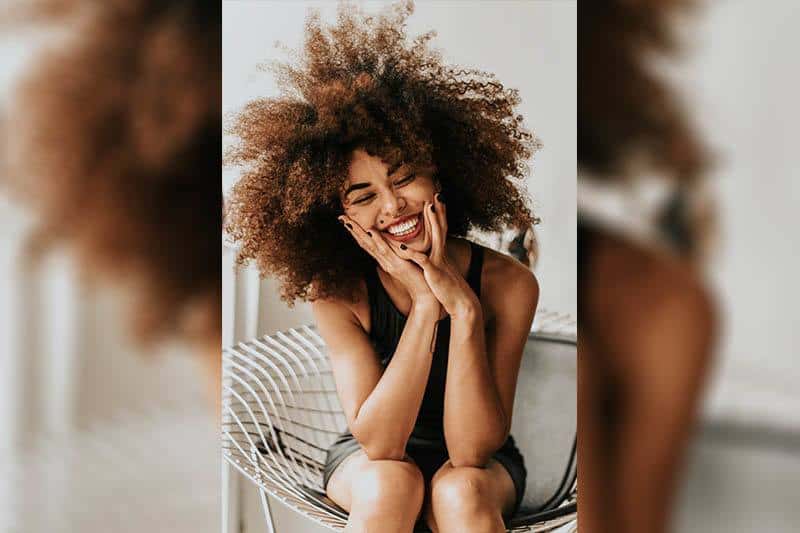 I’ll let you in on a little secret.

When guys think of a girl as cute, what they really have on their mind is a girl that’s hot.

But not in that obvious, in-your-face kind of way – rather that coy, innocent type of sexiness.

That is what guys really want.

The idea of a tough, aggressive woman who knows how hot she is and uses it any chance she gets lacks in the mystery department.

Guys would rather have a cute girl by their side, who’s aware of her appearance, yet never really uses it to her advantage and isn’t overly concerned with how she looks.

Cute girls will always have the edge over the “femme fatale,” simply because men want to feel comfortable and relaxed in your presence.

They want you to be down to earth and kind, and this is why they always go for cuteness over intimidating women.

Men need to know you’re still human, no matter what you look like, and that is precisely why they always gravitate towards that cute girl next door!

One other important aspect is that cute is more commonly associated with a serious relationship than a fling.

When guys see a girl that fits their idea of a cute girl, they are more likely to expect something on a more long-term note rather than just a casual fling.

And when you’re intelligent, smart, assertive, and kind, as well as cute as a button, who can possibly resist that?

There are women that are just born with this divine feminine quality, but it can easily be learned as well.

If you choose to implement the following tiny (yet noticeable) changes, you will surely notice the alluring effect it has on men!

How to be cute? 13 ways to be irresistible and melt his heart!

If you want to be cute, give up on the idea that you need to look sexy all the time. Sexy gives out totally different vibes than cute.

When you’re cute, it’s an effortless type of beauty.

You’re carefree, probably with a genuine smile on your face and talking about something you’re passionate about.

You are not concerned with how you look, if your hair is exactly the way it was when you left the house, or if your lipstick needs retouching.

Cute is coy, playful, and unbothered.  Fragile, unassuming, and open-minded. Don’t overthink it, just be yourself and keep positive.

Chances are, you’re way cuter when you’re not thinking about it at all.

2. Wear pastel colors for a change

When you’re wearing bold colors all the time, it can look a little intimidating and out there.

I’m not saying there is anything wrong with that, but if you want to be cute, perhaps it’s a good idea to try out something new and see how it feels.

Wear pastel shades that are more pleasing to the eye and that don’t stand out in the crowd that much.

They blend much better together than bold, strong colors and they make you look cute and snuggly!

You want to be approachable, and that is exactly what you will achieve with this simple wardrobe trick.

3. When you’re talking to a guy, play with a strand of your hair

Nonchalantly play with your hair while you’re in the middle of a conversation with him.

Especially while you’re thinking hard about something or trying to make a decision.

It looks adorably cute, but it’s so unassuming that he’ll be none the wiser.

And if you get a little awkward, just put a lock of your hair behind your ear with a coy smile.

If you want to achieve that cute, effortless look, rely less on heavy makeup and more on those subtle, gentle hues that are merely there to accentuate your naturally beautiful features.

When your makeup is too strong, it looks glamorous and too sexy, and that is exactly what we’re trying to avoid here.

You’re going for that innocent, yet inviting look that gives out just the right dose of hot.

One that’s not too obvious, yet totally noticeable and one that will get you on his radar.

If you want to be cute, try to lower your voice just a tad.

All you have to do is be aware that sometimes you may unintentionally speak a bit too loudly and be mindful of that.

Try to sound softer when you’re speaking to him and put on a smile every time you look at him.

Don’t let your voice overpower his and just keep your tone a little lower than usual.

6. Be upbeat and positive whenever you can

Nobody likes a Debbie Downer. It’s not always going to be sunshine and rainbows, but try to look at things from a positive perspective as much as you can.

That will attract positive energy around you and he will be pleasantly surprised at your ability to keep chirpy and chilled at all times.

Cheerfulness and positivity are extremely appealing qualities and they will garner a lot of positive feedback your way. Cute, right?

7. Keep a smile on your face

Girls who smile are one hundred percent more approachable than any other type of girl!

Don’t act like you’re above anyone and never let yourself think you’re better than someone else.

Stay in your lane, be kind, smile at people, and treat everyone the way you’d like to be treated.

Take everything life throws at you with a smile on your face, knowing that you’ve got this.

Don’t let irrelevant things and dumb people get you down and erase that cute smile from your face.

What you give out always comes back, so keep positive, be nice, and believe that kindness overpowers any other quality in a person.

Try not to be to controlling when talking to him. Cute girls are a little shy and nervous, and they’ll let the guy lead the conversation every now and then, and let him ask them questions.

It’s even easier for you that way. He’ll feel good about himself, and you don’t have to think about what to say all the time.

Leave it to him and answer any questions he has, with maybe a few of your own.

Just be a little mysterious and flirty, but never give him the idea that you’re doing all of this intentionally. Therein lies your power.

9. Don’t be afraid of being a little mischievous

Just because you’re trying to be cute, doesn’t mean you can’t be a tad flirty at the same time.

Next time he says something funny, make sure to pull his leg and smile noticeably in an amused manner.

Let him know you’re into whatever it is that he’s saying and you think he’s really witty.

He’ll be flattered and you’ll still remain that cute, natural girl that doesn’t like to be too obvious, yet is clear about what she wants.

He will be intrigued by your mysterious demeanor and surely want to see you again.

10. Be mindful of what you wear

Now, this is not to say what you should or should not be wearing. It is totally your choice, and power to you.

But, if you want to be cute and appealing, perhaps it’s a good idea to wear light, flowy material that will gently fall on your legs and twirl a bit every time there’s a breeze.

You don’t have to wear a dress necessarily, just something that will look cute and girly, and isn’t too strict and sharp.

It will automatically make you look cuter!

11. Look him straight in the eyes

Every now and again, catch his eye, and gaze deeply for a few seconds.

Don’t make it weird or anything, just a coy, little look that is supposed to make him feel really seen.

Sometimes, when you catch him looking at you, modestly look away as if you haven’t noticed, and then if he’s still looking, give him a little smile and leave his imagination to soar.

12. When he’s talking, give him cute reactions

If he is complimenting you, learn to blush and be shy about it, but don’t negate what he said.

If he’s talking about something he’s really passionate about, be in awe and admire his ambition and vigor, while smiling and encouraging him to keep talking.

Be mindful of your body language at all times.

Lean toward him, nod your head, and keep your hands in front of your torso, without flailing them too much.

Give him a seductive look, but immediately look down at your feet if he notices. It’s those little things that make you look irresistibly cute!

13. Never act dumber than you actually are

Don’t believe when people say that the dumber you are, the more chances you have at finding a guy.

Be smart, let your opinion be heard, and don’t act like you’re less than you are to stroke his ego!

If you have to play dumb to impress him, how much of a catch is he really?

Real men are attracted to girls who aren’t afraid to let their voices be heard.

You’re much cuter when you’re vocal about things that matter to you, than when you keep quiet and agree with things just for the sake of keeping him pleased.

Remember that as much as you want to be cute, it’s never worth it if you have to pretend that you’re someone you’re not, and a real man will always appreciate a girl who’s true to herself.

40 Emotional Love Letters For Him That Will Melt His Heart 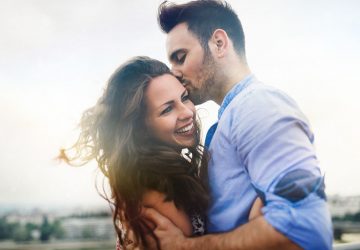 6 Emphatic Traits That Make You Irresistible To A Narcissist 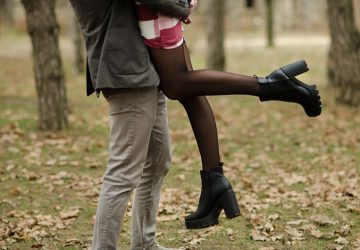