Sadly, in today’s dating world, when you start dating someone new, it’s not uncommon for you not to know where you stand.

Are you two just seeing each other? Are you in a relationship? Are you exclusive?

Is being faithful expected? Or are you in some kind of an open relationship?

I’m not a smart-ass who’s come to tell you what you should do with your life. However, I will ask you to always keep your dignity.

I am here to beg you never to allow yourself to be one of a man’s choices. No, being his first choice isn’t enough – you have to be his one and only choice.

No, I’m not saying you two have to necessarily be in a committed, serious relationship right from the start. Nevertheless, him testing his chances with other girls besides you is not acceptable either.

You know, guys often do this on purpose. He makes sure you know he’s dating other women simultaneously, convinced that this makes him a big stud. 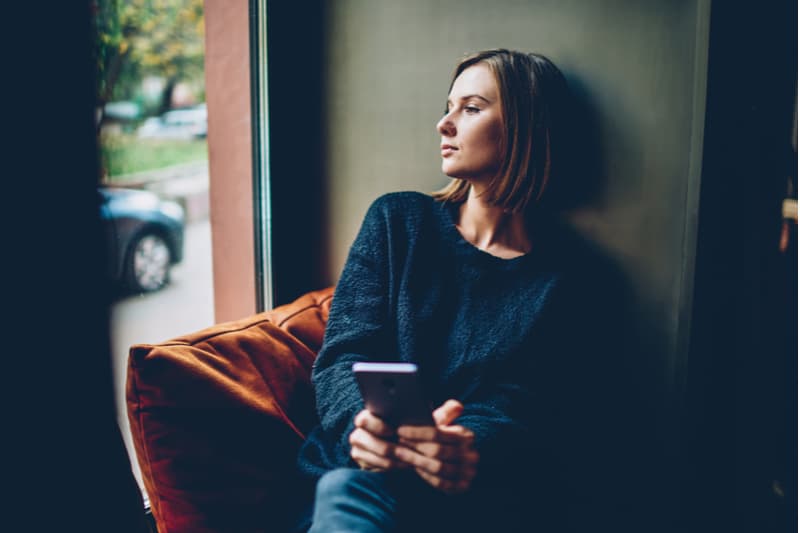 He wants you to see that he’s a catch and you have strong competition.

Consequently, you should fight for his love and attention, as if he is some kind of a trophy or prize you should try hard to win.

Luckily for this type of man, many girls engage in these contests. They see themselves as losers if they give up and leave the object of their interest to some other girl.

So, they put up a fight. They see this other girl as their arch-enemy and are willing to do everything in their power to defeat her.

Well, let me tell you one thing. The only way you can come out as a winner from this scenario is to drop the fight right away.

No, giving up on him doesn’t mean you’ve lost. It means that you’ve retreated gracefully.

It doesn’t make you weak, scared he’ll choose this other girl over you.

It’s a sign that you’re a woman who knows her worth. A woman who isn’t willing to fight for a man who’s not sure about her and not mature enough to make up his mind. 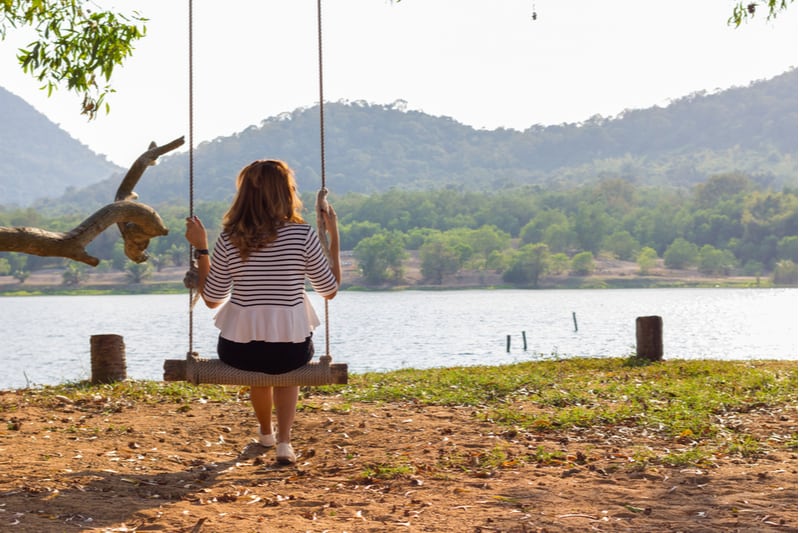 Letting your man pick another girl over you is a sign that you value your dignity over all else. It means that you haven’t fallen into his trap and aren’t prepared to feed his ego.

Besides, trust me when I tell you that you doing this will hurt him more than anything. He won’t be able to stand that you’re the one who gave up on him.

Even though he thinks he is in the position to choose, you made the decision for him. You are the one who picked instead of him and who chose to walk away.

Take yourself out of the running in time and show him that you’re above all possible competition. The role of his girlfriend is not the jackpot and it’s about time he realizes that.

One more thing: Please don’t hate on this other girl. Don’t look for her flaws or compete with her, even if the competition is going on inside of your head.

She isn’t here to take your man away from you. Even if you let him be hers, she actually did you a favor and saved you a lot of misery.

After all, she is probably in the same situation as you are. Both of you are his victims – puppets in his hands.

In fact, he is the only one guilty here. He is the one who is trying to balance and juggle the two of you.

He is the one hurting both of you and playing with your hearts and minds. And it’s your job to not let him do that. At least, not on your watch! 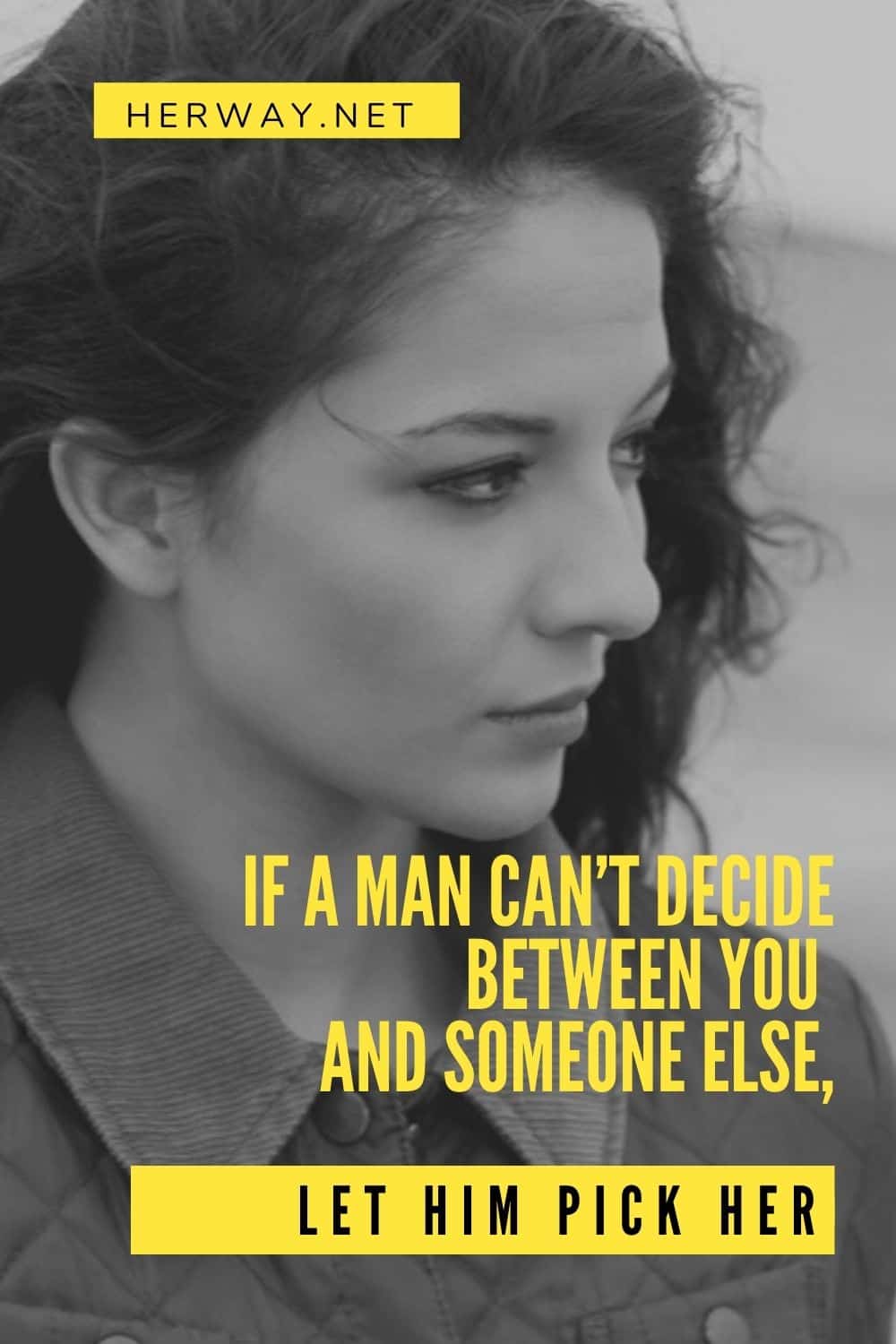