Can women and men be “just friends”? Is it possible to have a girl friend or a guy friend without eventually developing romantic feelings for them?

Here’s something interesting, almost all of my romantic relationships started with that famous saying, “Oh, we’re just friends.”

I vividly remember other people asking me about that one guy I used to spend so much time with. Whenever someone asked me if we were together, I would immediately laugh in a sarcastic way.

I felt in a way offended by others asking me such questions because I couldn’t imagine being in a romantic relationship with him – my guy best friend.

After some time, I “somehow magically” changed my opinion. Actually, I was scared of myself because I didn’t even know that those feelings existed in me until then.

Never had I dreamed of falling in love with my guy best friend (I repeated that sentence one too many times in my head).

I wasn’t only mad at myself but at the whole universe for not giving us a chance to be “just friends” with people of the opposite gender.

But then again, I still have other guy friends with whom I haven’t fallen in love “yet.” I guess the keyword here is the word YET (or maybe not).

Contents show
1 Is it possible for a man and a woman to be “just friends” without eventually falling for each other?
2 Yet, these differences can also attract us on a deeper level to the opposite sex
2.1 Being “just friends” is sometimes just a bridge to something more meaningful and larger than ourselves.
3 Nevertheless, learning how to avoid falling in love with a friend can (sometimes) be a real lifesaver
4 “A guy and a girl can be just friends, but at one point or another, they will fall for each other… Maybe temporarily, maybe at the wrong time, maybe too late, or maybe forever.” – Dave Matthews

Is it possible for a man and a woman to be “just friends” without eventually falling for each other? 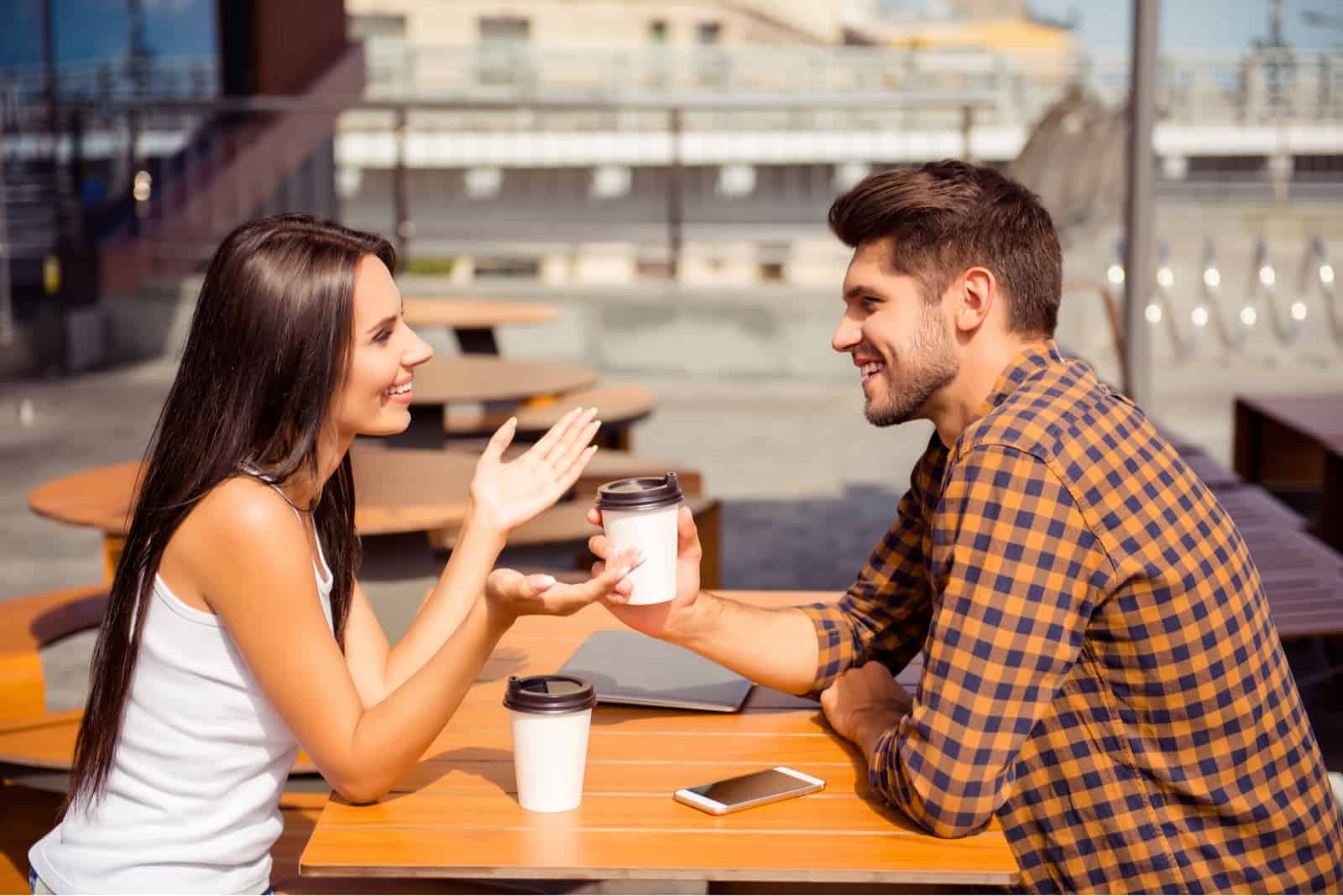 Given that this is a complex matter and there is no right or wrong answer, I’ll just express my personal opinion in the hope that this will help you find an answer or a hypothesis for yourself.

My personal opinion is that men and women can be “just friends,” but chances are that at some point, they will fall for each other.

They say that men are from Mars and women are from Venus. That cliché perfectly describes the differences between men and women.

Well, there is probably a reason why we’re so different from each other.

To understand it better, let’s list a few things (read: gender stereotypes) that are characteristic of men and women:

If we look closely at the above list, we can draw some logical conclusions. For example, women like to hang out with men because they don’t talk that much, which means they will listen to them.

Or men like to hang out with women because they are more sensitive, which helps them open up and be vulnerable. You see, the reason why we’re so different is that we’re supposed to complement each other.

Both men and women offer something that the other gender doesn’t. So, yes, it is not only possible to be “just friends” with the opposite sex, but it is necessary.

Every girl should have a male best friend and vice versa.

Yet, these differences can also attract us on a deeper level to the opposite sex 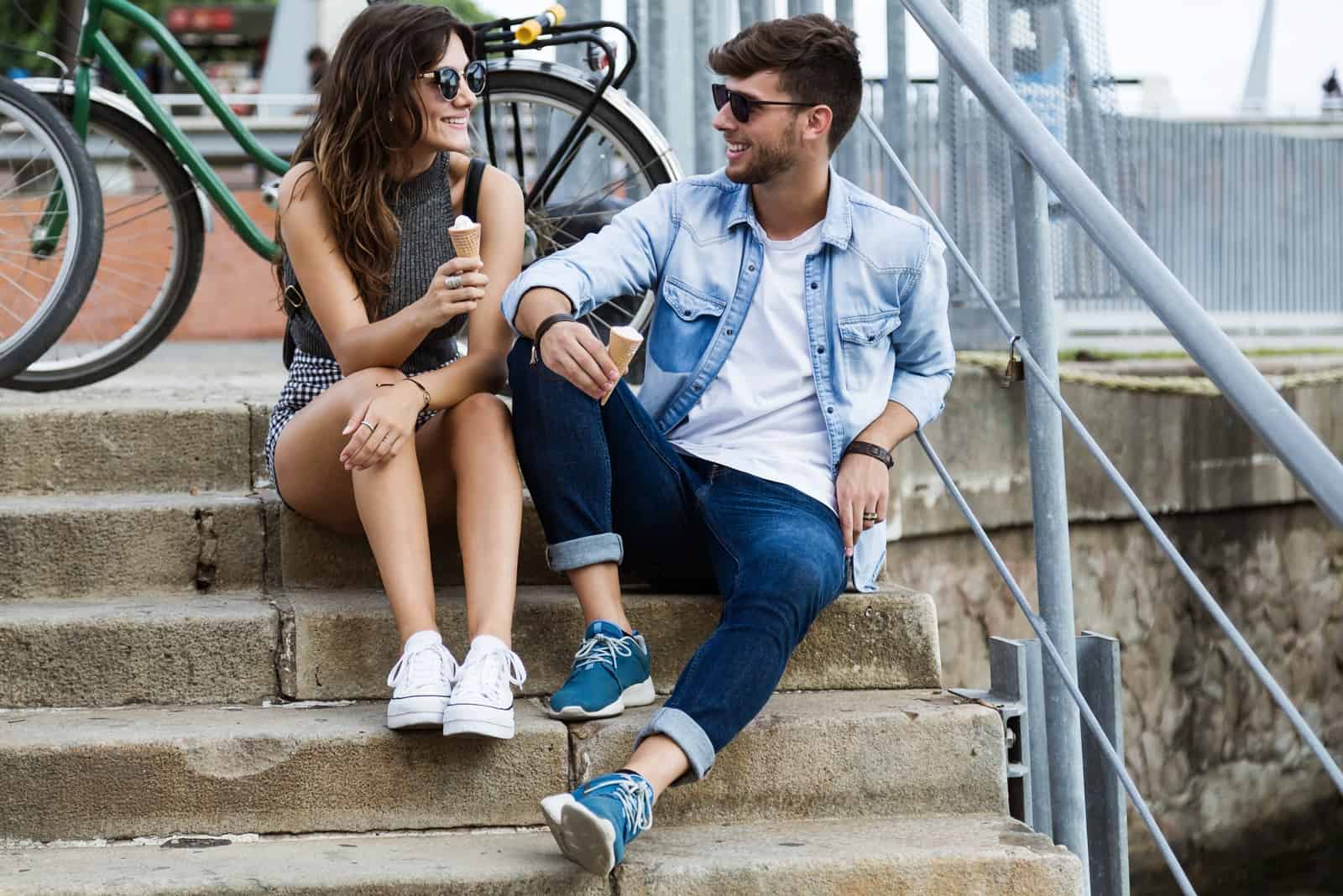 You know everything about each other, you talk about your fears, dreams, you have an extensive list of inside jokes, and you feel like they are the only person who truly understands you.

But you are still “just friends” with them. Now, the question is: For how long?

At some point, you might find yourself re-reading their texts before going to sleep, listening to their favorite song on repeat, and fantasizing about being more than “just friends.”

At some point, you might start looking for signs your male friend has feelings for you (or your girl friend) while still convincing yourself that you haven’t developed romantic feelings for them.

Perhaps she or he likes you more than a friend but is too afraid to admit it. Maybe both of you feel the same way, but neither of you is brave enough to admit it or talk about it.

You don’t want to ruin your friendship because of something more meaningful you might have in the future. Should I repeat the previous sentence?

Let me tell you one thing. Friendship is one of the most powerful relationships of all.

Everything stems from friendship. The greatest relationships have started with two people being “just friends,” which brings us to another hypothesis:

Being “just friends” is sometimes just a bridge to something more meaningful and larger than ourselves.

Yes, men and women can be “just friends,” but they can also be more than that. Not every friendship is bound to turn into something more meaningful (romantic), which is totally okay.

But sometimes, the reason why you were “just friends” is that you were meant to evolve and become lovers. The thing is, people waste too much time overthinking and defining things.

Why aren’t we be able to do both? Why do people of the opposite gender have to be categorized as either “just friends” or lovers?

When we stop thinking about it and embrace every possible outcome of a friendship (or the lack of thereof), we’ll stop forcing this unnecessary categorization and unpopular or popular opinion.

I’m aware that by saying this, I’m directly criticizing my own story, but maybe that was my intention after all; to make a hypothesis in the title and then prove how it can be wrong.

Nevertheless, learning how to avoid falling in love with a friend can (sometimes) be a real lifesaver 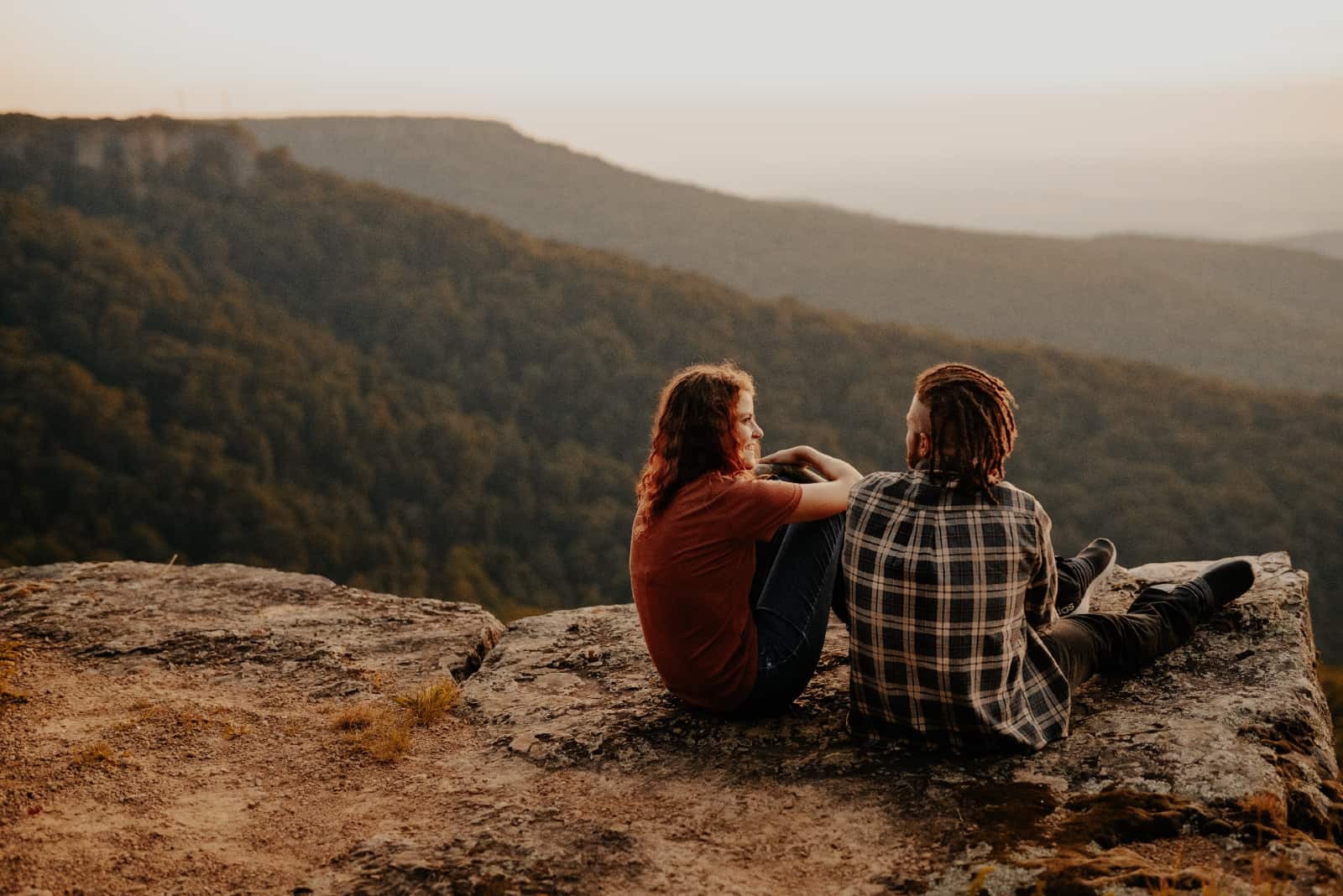 While there’s nothing wrong with you two being more than “just friends,” still, if you for some reason don’t feel comfortable with that idea, you need to master how to avoid falling in love with your friend.

Let me start this mini guide by saying that our minds are truly magnificent. You can train yourself not to catch feelings for someone by simply establishing some ground rules:

Always remind yourself of why you became friends in the first place. Treat your friend of the opposite gender as your family member so that you’re not tempted to think about them as a potential lover.

More importantly, continue dating others and feel free to talk about other guys or girls without worrying about making your friend jealous.

Avoid holding hands (if you don’t want to be perceived as a legit couple), avoid snuggling intimately, or kissing.

Also, try limiting time spent with them. Remember that they are not, and they should not be your only friend. You’re supposed to hang out with other people as well, go on dates, and so on.

Spending time only one-on-one can be a risky habit. Instead, try spending time in groups, including your other friends as well.

The goal here is to avoid being overly focused on them or establishing a connection only with them.

If your friend still prefers hanging out only one-on-one, then feel free to make up excuses. Also, when spending time one-on-one, stick to public places instead of his or your apartment.

We all know what it means when someone invites you to dinner at their place. If you add wine to the equation, there you have it: From being “just friends” to lovers.

If you notice that you’re catching feelings for them, it’s important to find distractions and surround yourself with other people.

Decrease the amount of time spent with them, go for a walk (without them!), draw something, watch TV shows, go for a drink with some of your friends you haven’t seen in a while.

By distracting yourself, you’ll protect yourself from developing even more feelings for them.

Still, if you notice that it is impossible to distract yourself from thinking about them, you might as well tell them how you feel (but only if you’re ready to become something more).

“A guy and a girl can be just friends, but at one point or another, they will fall for each other… Maybe temporarily, maybe at the wrong time, maybe too late, or maybe forever.” – Dave Matthews 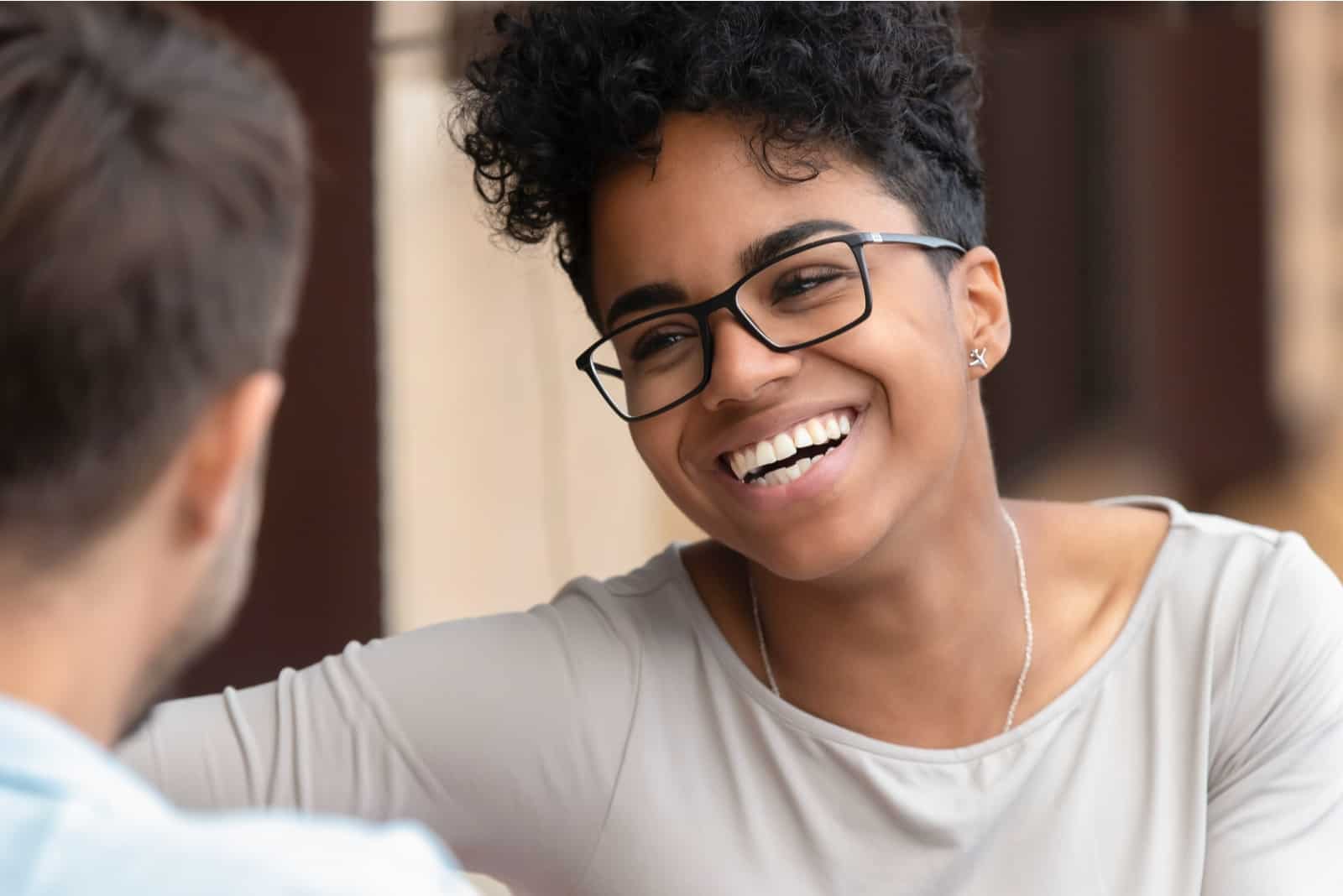 A friendship is a promise that you’ll always be there for each other no matter what. That promise sometimes evolves into deeper feelings followed by a romantic relationship.

A guy and a girl can be “just friends” and time will show if they were meant to be something more than that.

Is He Just A Friend: 20 Clear Signs That Prove Otherwise

[…] expert opinion regarding this topic, but all I have to say is that it’s possible. Men and women can be just friends; however, the possibility one of them will start catching romantic feelings is always somewhere in […]

What Is Girl Code? Top 10 Rules And When It Is Okay To Break Them

[…] I once noticed my best friend texting my ex-boyfriend. When I confronted her, she was slightly confused because she didn’t see it as a big deal. She never perceived him as a potential partner but rather as just a friend. […]