This was the worst thing that happened in my entire life. That Goddamn moment when I met him, when our eyes locked.

You would have thought our story will be a Hollywood moment and our love would become eternal and unbreakable.

Well, something became eternal after that relationship and that was my hatred toward him. Instead of living the most beautiful days of my life, I’ve gone through real hell raging with fire, tortured emotionally by a crazy and demented SOB.

That’s why I’m writing this. I want to help you because I know how you feel. I know what you’re going through. I know that you want to crawl into a hole and die.

You’re empty inside because he took everything from you by pretending to care, only to consume and use you for his pleasure.

I know there are years of crippling pain and spilled tears behind you. I know that you can’t even cry anymore because your tears have dried out. I know you want to scream, but your voice is gone.

I know you’re walking, eating and living just because you have to. I know you won’t be able to erase the memory of him and how he treated you for as long as you live.

After I broke the chains of his manipulations and abuse, I thought I will never love or be normal again. I go out, I talk to my friends, and I put on a fake smile because I don’t want to burden anyone with my problems and my pain.

I want to show them that I’m fine, but the truth is, I’m not.

Underneath all those fake facial expressions and false happiness, I feel just like another faceless person in a crowd.

I feel like I’m getting run over and I can’t do anything about it. I feel like my broken emotions and the damage that was done are so much stronger than me.

I’m not even sure if I want it back…I don’t want to get hurt again…I can’t take it…at least not now.

So this is my story…

I could never read people from the first time I met them. I always trusted everyone because I thought everyone was like me. I never had anything to hide and I felt good about myself, so I never had the need to present myself as something I’m not.

This burnt me a lot of times, but I kept my faith in people. It was simply impossible that all of them were rotten and corrupted inside. I always gave them a second chance because I believed everyone deserves it.

I should have got used to disappointment and betrayal after living through so much of it, but I didn’t, and somehow I would always come back stronger with one more valuable lesson I’ve learned.

But, this time it was different. This time, I was kicked to the ground so hard and I couldn’t get up. I wanted to, but I was paralyzed with fear and pain.

I met a man who enchanted me. I thought he was so special, but deep inside, I had a feeling that I shouldn’t play with fire. Something screamed from inside that I should turn around and go.

But, I ignored that feeling because he intrigued me and I so badly wanted to see what was hiding behind that ‘beautiful’ face and charming smile.

So, I invited him to destroy my life and I gave him the chance of a lifetime, his biggest score ever—me.

I fell in love with a man who only cared about himself.

There was never ‘we’ in our relationship. It was always about him. As long as he was the happy one, as long as his needs and his wishes were taken care of, we were happy.

My voice was fading with each new morning of our relationship. Even when I spoke, I wasn’t heard. It would all go to waste because he never cared about what I had to say.

He never cared about how I felt—if I was sad, angry or even happy. But, every time he had something exciting or sad or it doesn’t matter what going on in his life, I was, sadly, the first person he would tell all about it.

And foolishly, I listened. When he was sad, I tried to be compassionate. When he was happy, I wanted to be happy for him.

But, how can you understand and live his emotions when he doesn’t give a damn about yours?

I fell in love with a man who never knew what sharing was.

He was completely selfish and self-centered. We could never be happy at the same time. When I was on a lucky streak and every time my life got a chance to turn around for the better, he was there to destroy it.

He would then make me miserable with manipulation, guilt-tripping and gaslighting. He would use everything in his arsenal of emotional weapons just to defeat me and break me emotionally so I knew where my place was—beneath him.

I fell in love with a man who was so weak he needed to blame me for everything. 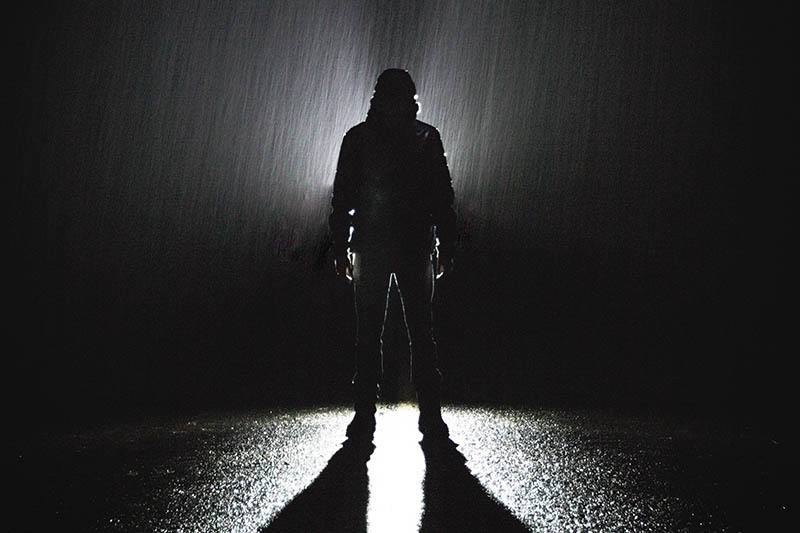 He could never face his problems like a real man because he was a coward. And he still is, only now he is feeding some other poor clueless woman with his fantasy stories. And she’s buying it like I did but she’ll see through him, hopefully before it’s too late.

Whenever things didn’t turn out great for him, I was the one to blame. He would take all his anger out on me like I wanted things to go bad for him, like I was happy when he was miserable. Of course, I wasn’t happy.

First of all, because I know how it feels when someone is happy to see you miserable, and second of all because his misfortune meant hell for me.

The biggest problem is that I had absolutely no idea how to confront him and even when I tried, all hell would break loose. I had no idea how to explain to him that the fact he’s miserable made me miserable, too.

Wouldn’t that be self-explanatory? Why would I even have to explain that to him? Why would he even think that I wanted to make him feel bad?

I fell in love with a man who made me think I could change him.

Every time we hit the wall in our relationship and I couldn’t take it anymore, he would do a gesture, something that gave me hope that he wasn’t so bad after all.

I thought I could change him, that there is something inside him that can be pulled up to the surface. But, this was my mistake.

Little flaws don’t matter. We are all human; we all make mistakes. That’s why I wanted to accept him for who he was, but the evil side of him took him completely over and controlled him. It was no longer about the small stuff.

His evilness began to consume and use me. His lack of empathy was irreversible and I could do nothing about that.

I fell in love with a man who made me second-guess everything I did.

I lost trust in myself. I doubted myself because everything I did was never good enough. I felt so small and unimportant like I was incapable of anything. He would always find a flaw in everything I did.

After some time, I really believed in his harsh words. I started believing that I am really stupid. I lost all my confidence because he was putting me down constantly. After some time, I was even grateful that he loved me because I thought I was so pathetic that no one else would ever dream of loving me. I thought I didn’t deserve to be loved by anyone, so his love was something I had to settle for.

I fell in love with a man who erased the real me and created someone else.

I no longer smiled or laughed out loud. Those became just a happy memory that was also slowly fading away.

Tears and sadness took them away. The only thing I knew was to choke in my own tears and soak my pillow in the middle of the night when he was gone and no one could see or hear me.

My walls were my best friends and they knew everything, although my face told my sad story with every wrinkle on it. But, no one wanted to see that.

And, it’s all my fault. Every tear I shed was my own doing. If I hadn’t wanted to save him, if I hadn’t been so curious to see what was going on inside of him, none of this would have happened. I wouldn’t have needed to be saved.

I fell in love with a man who taught me to fight for myself.

Strange isn’t it? But in a way, all this pain I’ve been through, this hell on earth, wasn’t a complete waste. I’ve learned something because I couldn’t take any of his shit anymore.

I’ve learned to fight for myself and take what belongs to me…my freedom.

I was acting a bit selfishly, but I wasn’t doing it to hurt others—I was doing it to save myself. I’ve decided I’ll turn my life around completely. I’ve decided that people who don’t care about me or about anyone or anything aren’t worth my time.

I’ve decided that those people can’t be saved if they don’t want to save themselves.

I’ve put him in a storage box deep in my mind. I know that he will always be somewhere inside. I know everything he did will always be a part of me, but it won’t consume and take me over because I’ve finally said, “it’s enough”.

I know that you can put him away in the darkest part of your mind and soul, just like I did.

We will fight them our whole lives, but we will learn to control them and never let them control us again.