I was never big on second chances. I always thought giving someone a second chance meant giving him a chance to hurt me even more.

I always thought that a second chance was equal to a second breaking of an already broken heart.

And the thing with a broken heart is that once it’s broken it can’t be repaired by the person who caused it to break. That’s why I still don’t know why I decided to give you a second chance.

The forgiving part was easy. I forgave you quickly. I was never one of those people who would hold grudges.

You asked my forgiveness and I gave it to you, no questions asked. I had a harder time forgiving myself for forgiving you.

At first, there was no way I would let you in again. I was determined that we were over and that was that.

Nevertheless, I hadn’t excluded you from my life. I still returned your texts from time to time. I let you stay close to me even though we weren’t together anymore.

Even when we were not texting for a longer time, you would still be on my mind.

I wasn’t able to get you out of my system. Afterwards, we had a period when we hadn’t had any contact for months.

I asked you not to contact me, thinking that would help me to get over you sooner. But you were always in my still-bruised heart. 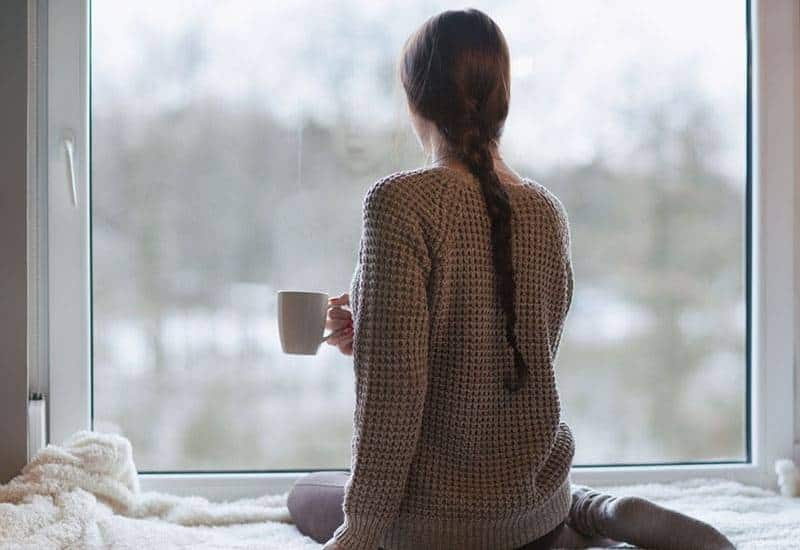 It seemed that the worst part was more getting over the habit of thinking of you than it was letting go of you as a person. I thought everything I felt about you was just some creation in my head.

That’s why I decided to try and find my happiness with somebody else. I remember convincing myself that I didn’t feel anything anymore for you. That you were just a distant memory.

And it was going well for some time. At least I thought so. I was happy with that person.

He granted my every wish, he treated me like a queen. It was refreshing to be with somebody who was intoxicated with me. I felt safe. He was never going to hurt me the way you did.

Then I saw you after a long, long time. And just like that, I realized it wasn’t over yet.

I wasn’t over you. We looked at each other long before we even spoke a single word, the feelings so intense that I felt all the pain and all the love I had for you – they were still there. They were deep down inside of me and they surfaced when I saw you.

When we finally spoke, I managed to get it together and act tough. You were the one who was disoriented. Your hands were shaking and you could barely make clear sentences.

For a brief moment there, I felt like I was winning. I guess I wanted you to feel as powerless as I did when you hurt me.

But it was just a brief moment; I didn’t want to hurt you back. You asked me, “Are you happy with him?” and I said yes.

As we got deeper into conversation, I was just more and more aware of how I’d missed you like crazy. You asked, “Do you still feel anything for me? Do you still care for me?” and I said, “I care, but it’s too late.” 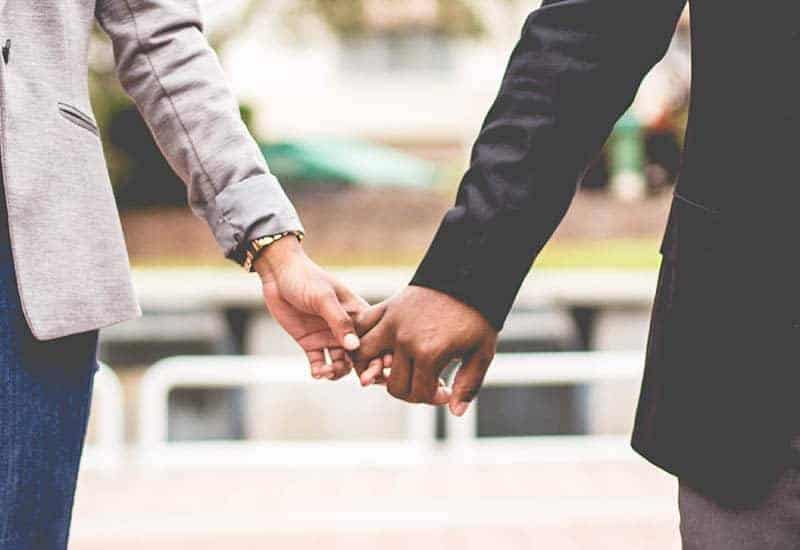 “It’s never too late,” you said. “I will always have hope that you will give me a second chance.”

And I saw your eyes filled with tears. I couldn’t believe it. I had never seen you like that. You were the toughest man I had ever met.

Now you were weak and falling apart in front of my eyes, unable to find the right words to express how sorry you were and how much you wanted me back.

It shook me to see you so repentant. I hadn’t expected it. You were never good at showing your feelings and you just took me by surprise.

I could barely hold it together for the rest of our conversation. After, I went straight home and I cried my heart out. I thought I was stronger than that.

I thought I was happy and safe with him and that you were a part of my past. I realized it wasn’t happiness I had with him; it was an escape from you.

So, I broke up with him. I realized that regardless of what I decided to do with me and you, that it was unfair to him. It’s unfair to receive somebody’s love and not be able to give it back.

The next thing I had to admit to my proud self was that my heart was still next to you. It had never left your sight. You were and still are the only man I ever loved. 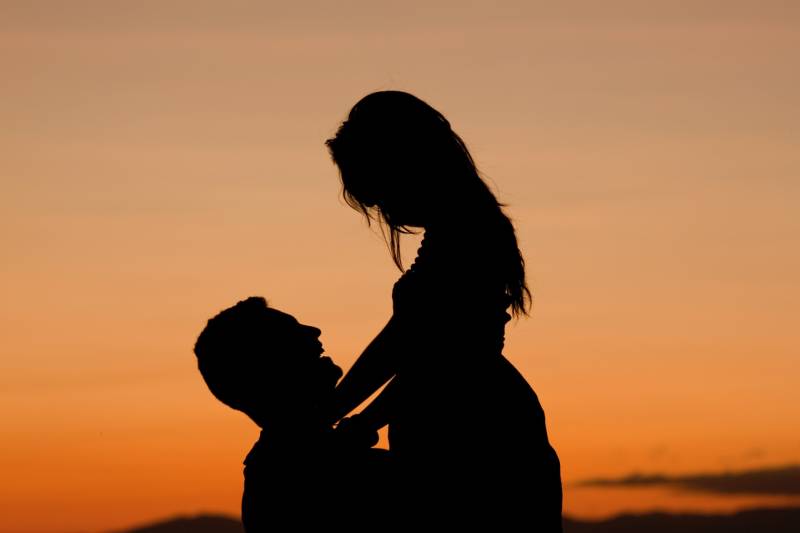 I  gradually let you back into my life. I was so scared. I knew that getting back with you meant leaving my heart out in the open, unprotected and with a high risk of getting broken again. I was scared of how I would put it back together again if you let me down again.

But, spending time with you made me realize that you had changed. You did exactly what I needed you to do.

You still weren’t good with words but your actions spoke louder. You showed me that you were truly sorry and that you were a changed man.

I still can’t believe that you are next to me, that I was able to surpass my pride and forgive you for everything.

You made me believe in second chances. But you have to know that this second chance is another way of saying last chance.

So, I am giving you and this love one last chance, with an open mind and with all my heart. So  please don’t waste it, because the only thing I know for sure is that there will be no more chances. 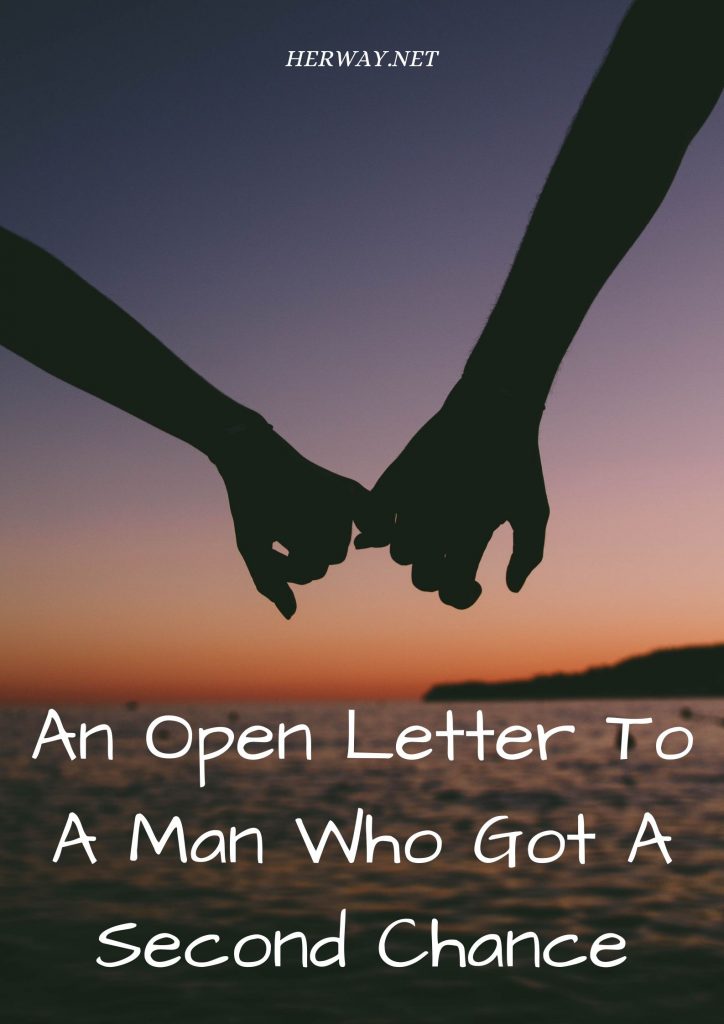