You’re making a huge effort, you’re extra patient, and you’re trying hard to make the best of your dating or your relationship.

But, no matter what you do or say, you end up feeling like you’re dating or being in a relationship with a wall.

Have you ever felt like this? If yes, then chances are you’re dealing with an emotionally unavailable man.

Now, the question is: How did men become so emotionally challenging to be with? I’m not saying that every single man on earth is emotionally “damaged”, but the vast majority of them is, and that’s the real enigma.

Usually, the main reason why men turn into emotionally unavailable creatures is due to past toxic relationships where they got hurt one way or another.

Wait… does that mean that we women are guilty of making them so? I don’t think so.

There are also many other factors influencing men to become emotionally unavailable and some of them are bad childhood experiences, fear of being hurt due to different traumas, and similar.

What I’m trying to say is that we cannot blame them for being this way, but we can try to understand them, and together, find a way to deal with them and make the best of our relationships.

DID YOU KNOW that some people are naturally attracted to emotionally-unavailable individuals? 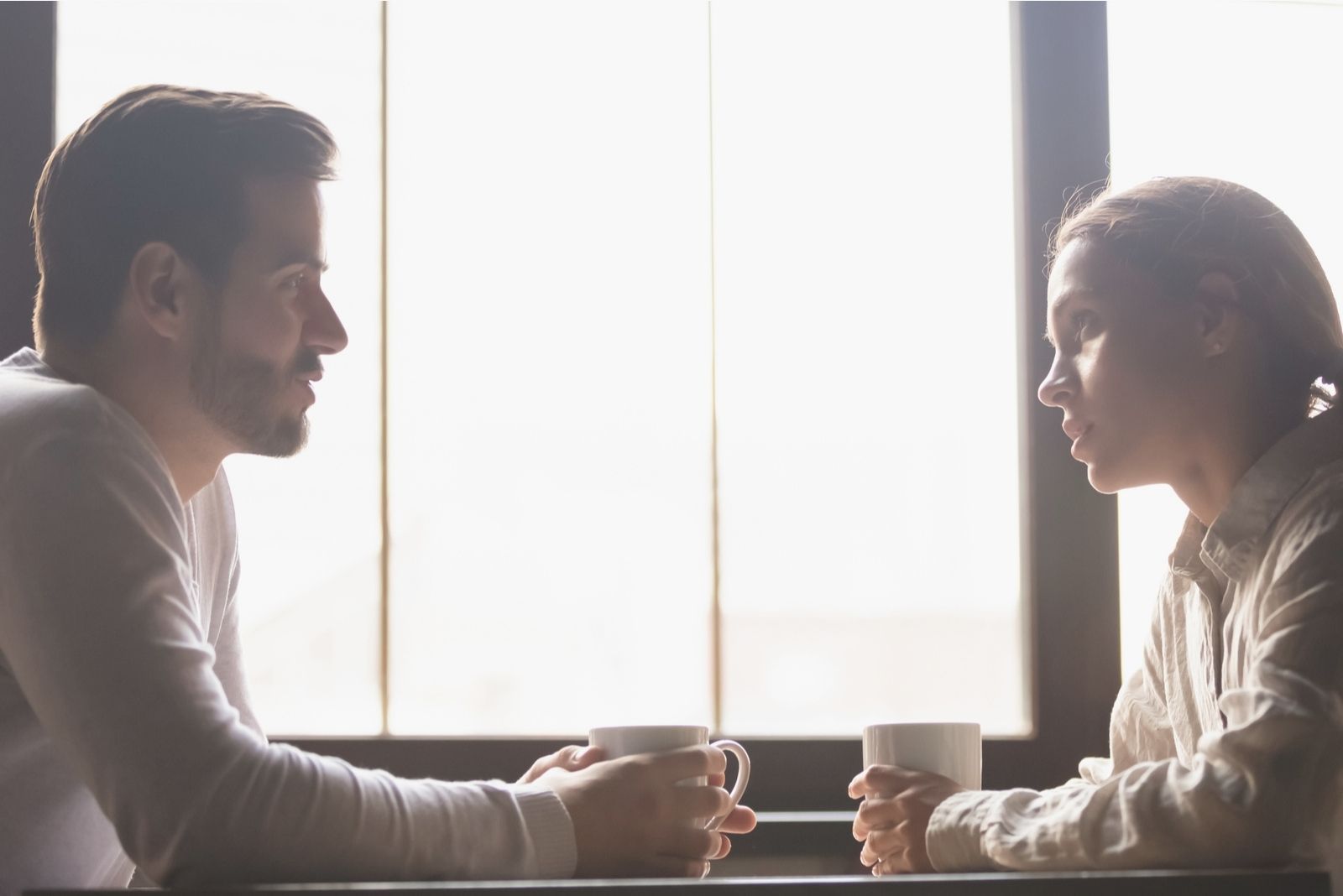 In case you didn’t know, it is possible to be naturally drawn to people who are emotionally unavailable. I would certainly know that because I’m one of those people (well, I used to be).

The reason why someone would be attracted to such people stems from their childhood. Let’s say that you never received a healthy amount of affection from your parents or you didn’t receive any at all.

This “lack of love” can manifest in your romantic relationships later on in life, meaning that you will mainly be attracted to those who are emotionally unavailable. Why?

Because such people are hard to win. It is really difficult to get them to open up to you and establish a meaningful relationship with them just like it was hard for you to “win” and receive love from your parents.

Do you see where I’m going with this? So, the main reason why you would be attracted to emotionally unavailable people is that you see them as your parents and you think you have to fight hard to win their love.

You might also think that you’re not worthy of being loved.

The background of being attracted to emotionally challenging individuals is really complex, and the first step to dealing with it is acknowledging it.

The art of recognizing an emotionally unavailable man: 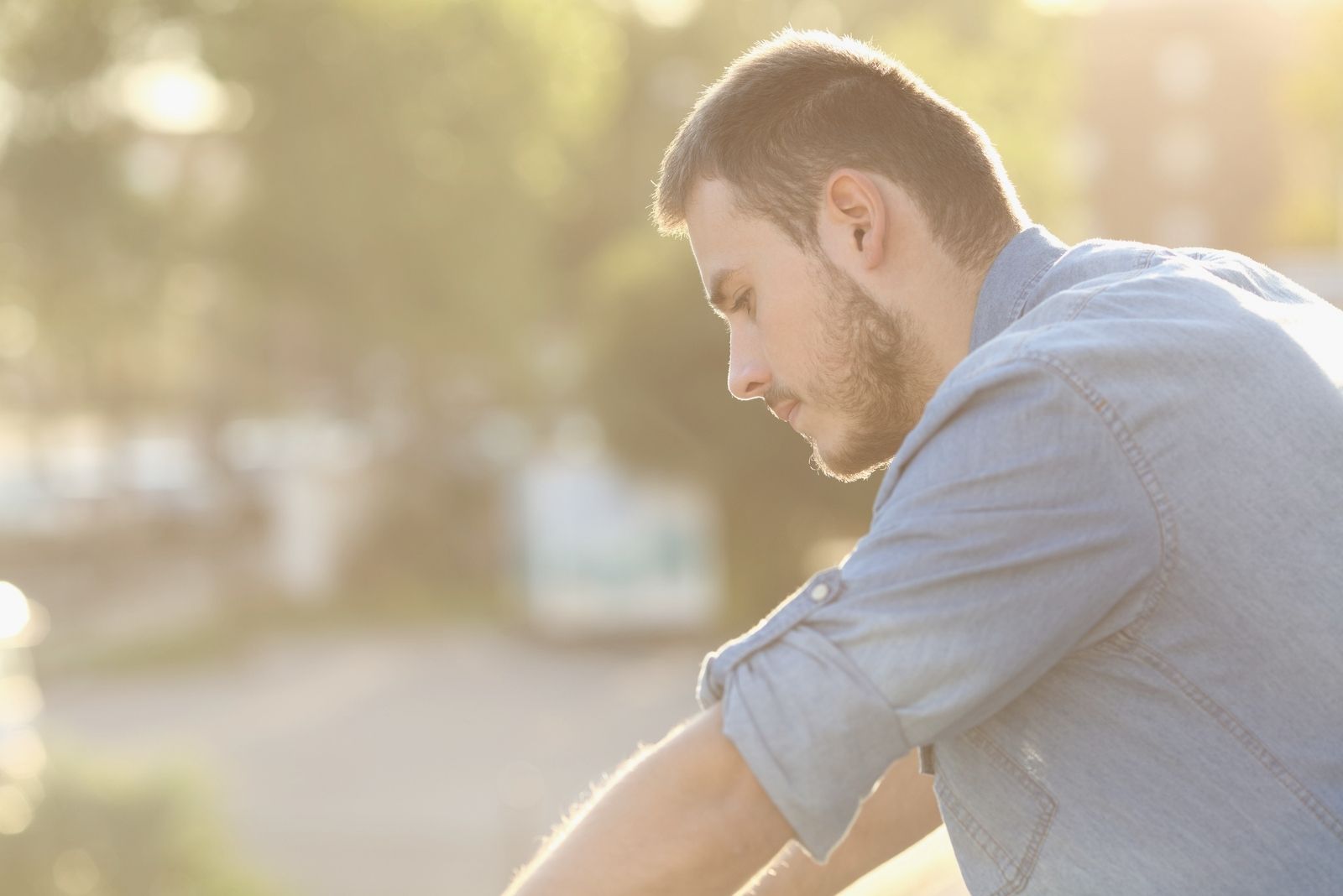 Recognizing the patterns of emotionally unavailable men truly is an art in itself. I can only imagine how frustrating dealing with such a man might have been or still is for you.

What I want you to know is that it’s not your fault. There’s a reason why that man is not ready to commit, open up to you, and talk about his feelings, and that reason is not you.

Now that you know that, we can continue to reveal such a man’s nature. The most important thing is knowing how to recognize them.

Emotionally unavailable men have these 8 characteristics in common:

• He always has perfect excuses for any issue

• He is unwilling to compromise

• He is sending mixed signals

• He is seeking attention (but not giving anything in return)

• He has a fear of labeling things

• He has had heartbreaking past experiences

• He is not making an effort to get to know you

There are also many other signs that you need to pay attention to, but the above ones are the most common and the most important ones.

How to deal with an emotionally unavailable man (and stay sane)? 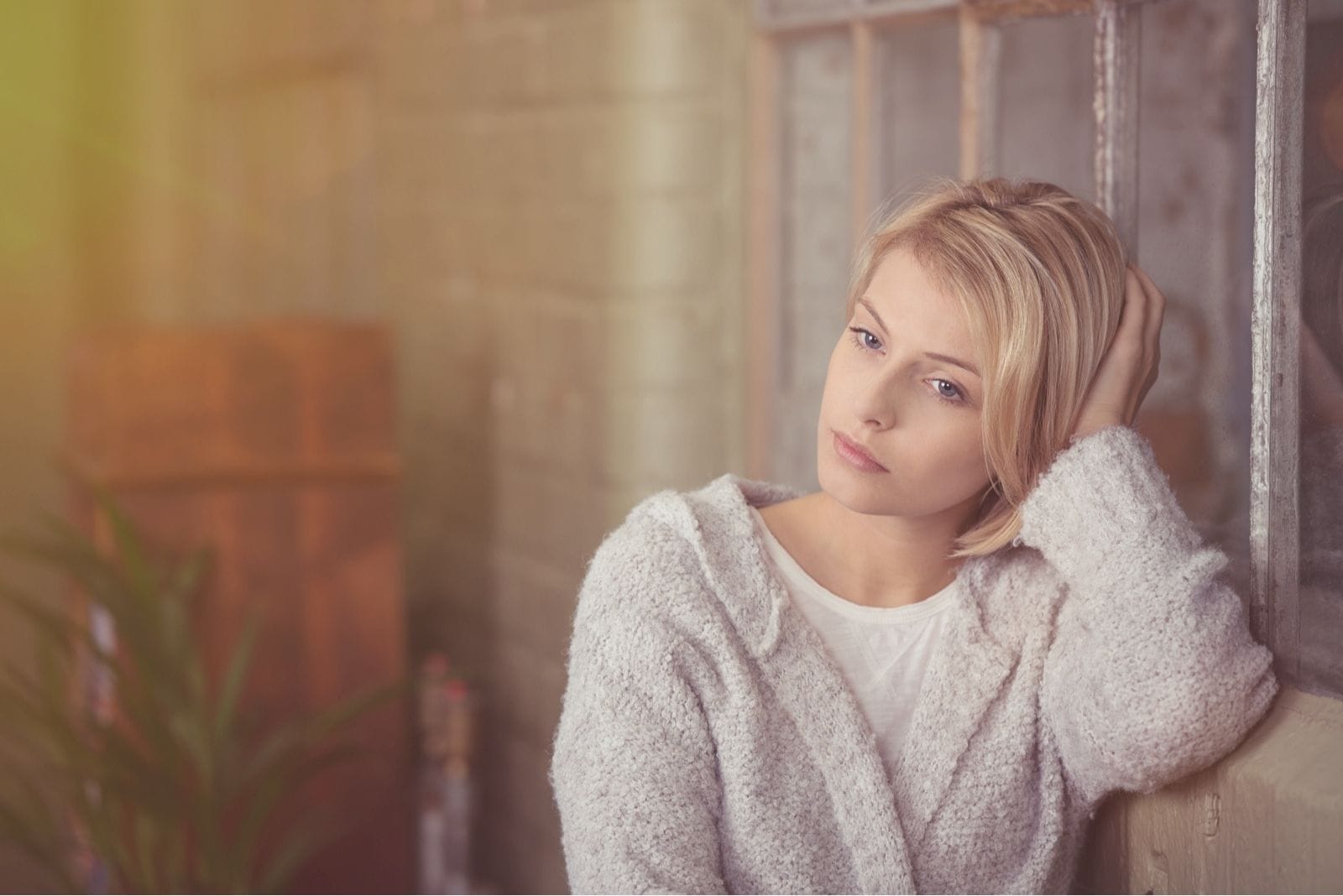 As already stated, dealing with such a man can be really frustrating and draining, so make sure to load yourself with patience.

One of the most important ways to deal with emotionally unavailable men is to give them some space, which is often the most challenging task in such situations.

If you keep pushing them to open up to you, I can assure you that you’ll make things even worse. You need to let them heal on their own without forcing the whole process.

Here are some more essential tips for women who have fallen for emotionally unavailable men:

• Make sure you’re ready to deal with such a man

Are you ready to give your love to someone who doesn’t know how to return it (at least for the time being)?

Are you patient and strong enough not to lose yourself when dealing with such a man?

These are the questions you need to ask yourself before deciding to deal with an emotionally unavailable man.

• Listen to him carefully

You need to let him know that you’re ready to listen to him. Once he sees that, he will feel more and more comfortable around you.

Feeling comfortable is the keyword here.

If he doesn’t feel relaxed in your company and if he doesn’t trust you, he will not be able to make progress regarding his emotions and commitment. 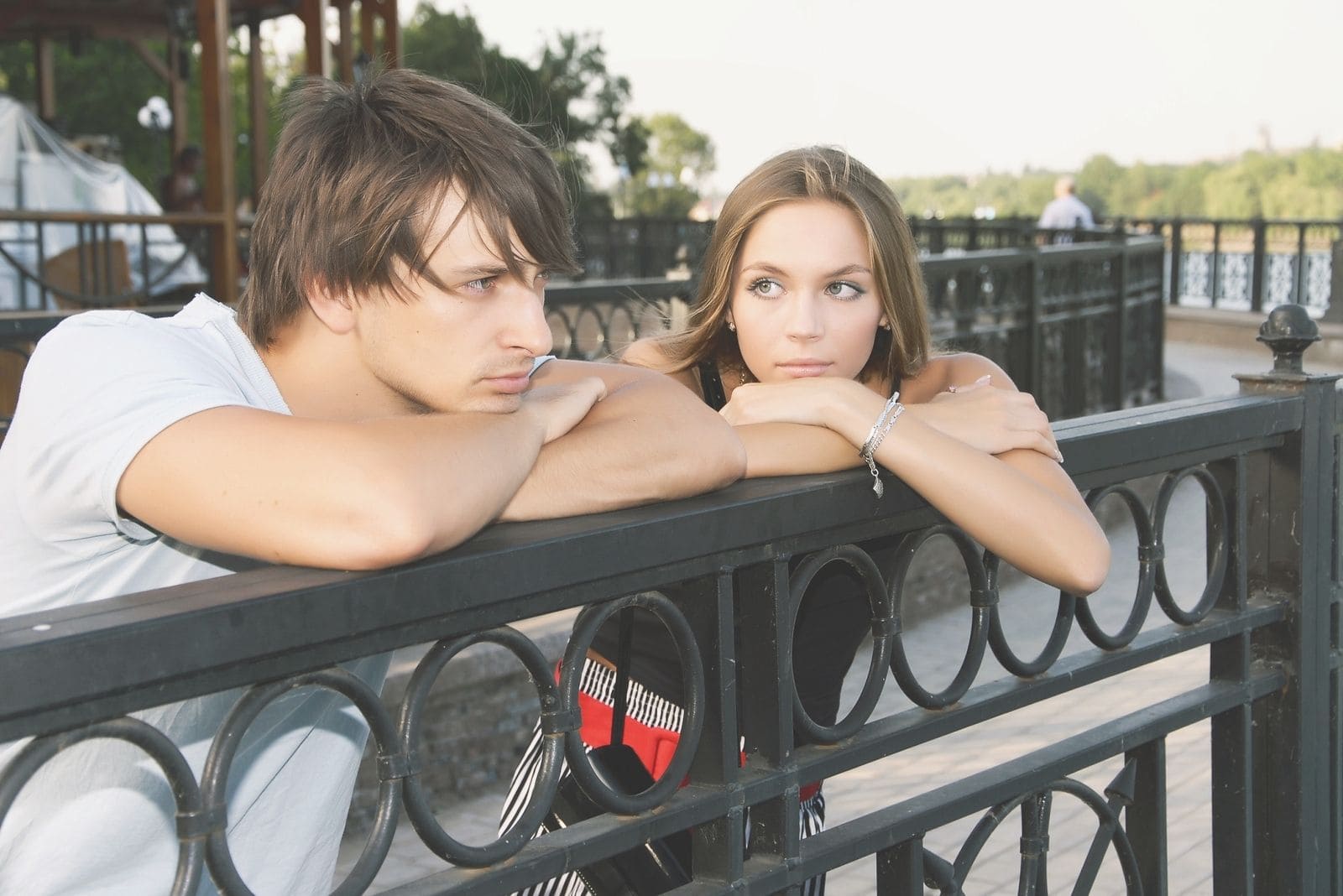 • Keep your well-being a priority

When dealing with emotionally unavailable men, it’s really easy to start neglecting your own needs and desires. Don’t forget to keep your well-being and your happiness a priority.

• Don’t apologize for having feelings and wishes

You might have the temptation to apologize for being emotionally available, which sounds really absurd, but it happens.

When and if that happens, remember that you shouldn’t apologize for having feelings and wishes. You have every right to express yourself regardless of whether the person you’re with acknowledges it or not.

• DON’T push him to open up to you

Do you think that pushing him will help him commit sooner to you? Think again.

This will only let him know that you’re not willing to wait for him to become ready for such an important decision.

By giving him some space and time, you’re telling him that you understand what he’s going through and you’re willing to wait for him to sort things out and heal. (By this, I don’t mean wait for an eternity.)

Making an emotionally unavailable man fall in love with you won’t be easy, but it’s doable! 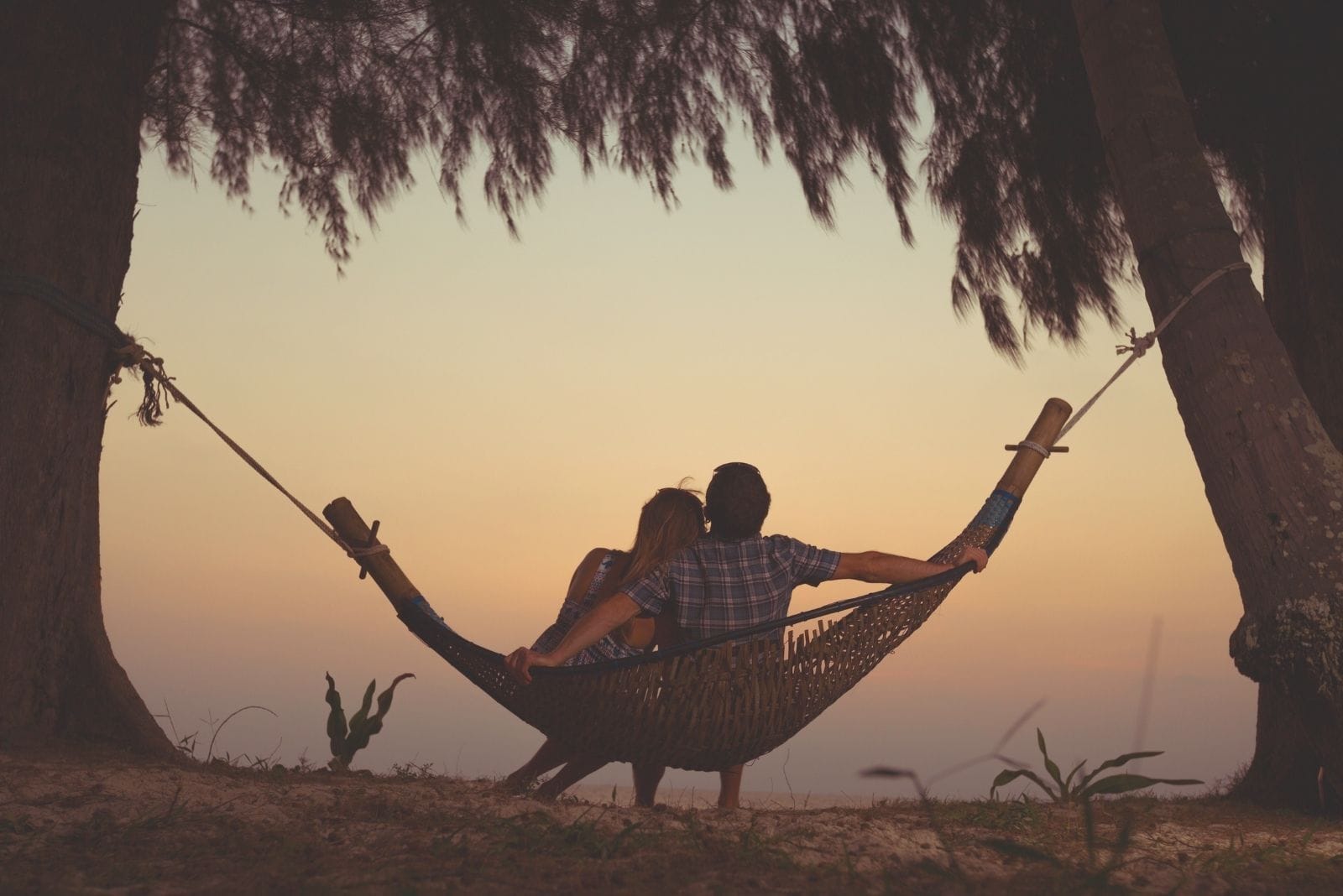 How to make an emotionally unavailable man fall in love. How do you make him commit to you?

No, you don’t need to read thousands of books on emotionally unavailable men in order to learn how to make him fall in love with you.

All you need to do is be his friend.

You need to create a safe environment for him to express his feelings and to be who he really is around you. Remember that this process requires baby steps.

Open up to him, but don’t overwhelm him with your feelings. Help him, but also remember to have your own life and nourish other connections.

Last, but not least: Remain patient and believe that things will eventually fall into place. 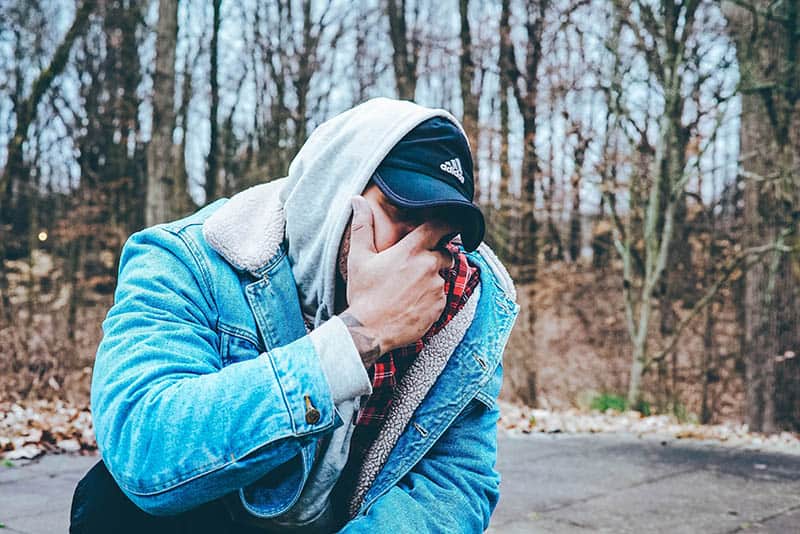