Relationship dynamics have a huge impact on our lives. How?

A relationship dynamic is essentially a pattern of interaction or communication between a couple or two people.

When we think about the term relationship, we usually think of a couple holding hands or sitting on a park bench watching the sunset; in other words, we think of romantic relationships.

But life consists of so much more than a romantic relationship; for example, the family members who raised you, your friends you spend so much time with, your colleagues you see every day, your children and so on. 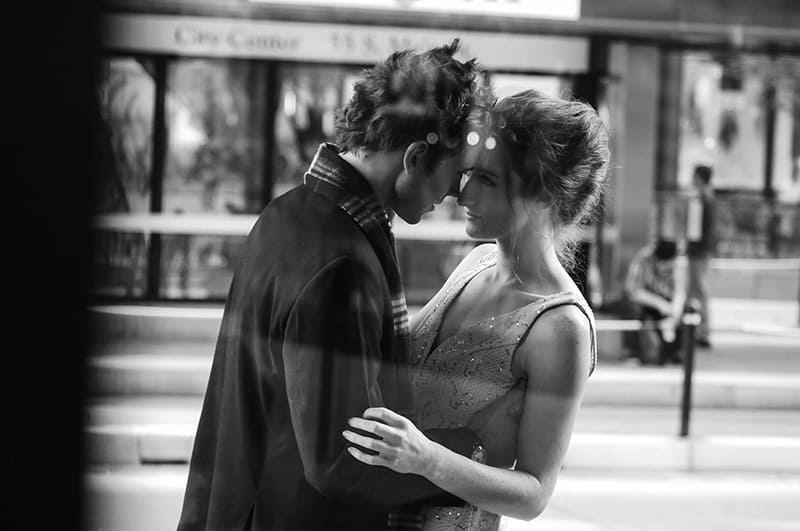 However, a romantic relationship is often the biggest catalyst and has the strongest influence when it comes to learning about ourself and others and that’s why it’s important to keep them healthy.

In order to cultivate a healthy relationship where the balance of power is good, it’s best to pay attention to the behavior that’s not supporting your goal.

That’s why I’m giving you some characteristics and behaviors of unhealthy relationship dynamics so you can change them and transform yourself and your relationship:

11 unhealthy relationship dynamics you should be aware of

Contents show
1 1. You stop yourself from speaking up
2 2. You’re often disappointed and they’re unaffected
3 3. You always feel like you need to meet a certain standard
4 4. They always have the last word
5 5. You have to take responsibility for everything
6 6. They don’t think about your feelings when they make decisions
7 7. You’re the one who always works harder
8 8. They disrespect your boundaries
9 9. They are controlling
10 10. You feel alone in the relationship
11 11. They only care about their needs

1. You stop yourself from speaking up 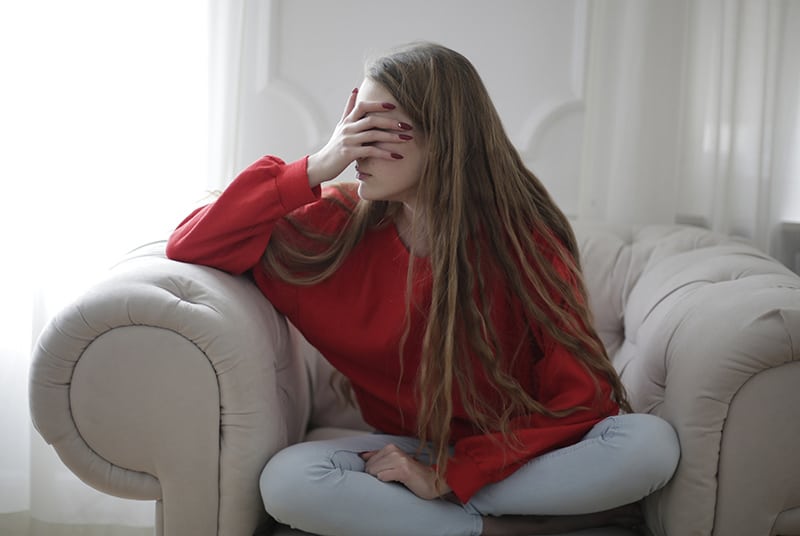 If you get uncomfortable expressing your opinion and needs, it’s probably because of the fear of rejection. If you have already experienced some type of rejection or belittling, then the chances are you will start stopping yourself from speaking up.

Often, people don’t speak up to keep things peaceful (especially in long-term relationships and marriages) which can ultimately lead to a feeling of resentment toward a partner and we all know resentment is a relationship killer.

Sometimes a person won’t speak up because of a fear of their partner’s reaction and other times it’s because of the pressure to be easygoing.

If one partner doesn’t express their needs, the other partner can live in a false sense of security, oblivious to what’s actually going on and vice versa.

That’s why it’s important to express one’s true needs and work on making sure your partner understands your needs and why you have them. 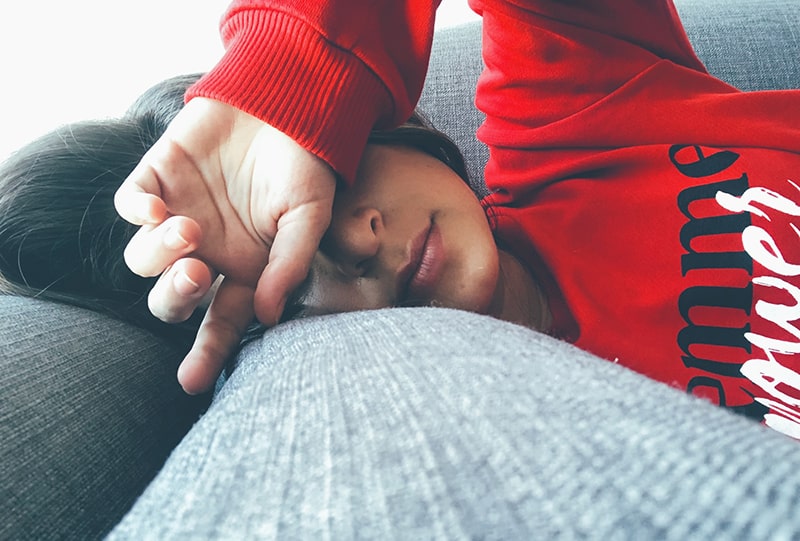 If you’re often disappointed in how things turn out but they seem unaffected by anything, that’s also a sign of an unhealthy power dynamic.

For example, if your partner takes the things you do for them for granted and doesn’t show appreciation, they don’t listen to you or they just can’t be counted on.

You constantly end up underwhelmed while they don’t seem to care. You’re losing your patience and they’re content. These are definitive signs of disbalance.

Constant disappointment is a major red flag, especially if your partner shows no understanding or signs that he or she wants to improve in the future.

3. You always feel like you need to meet a certain standard 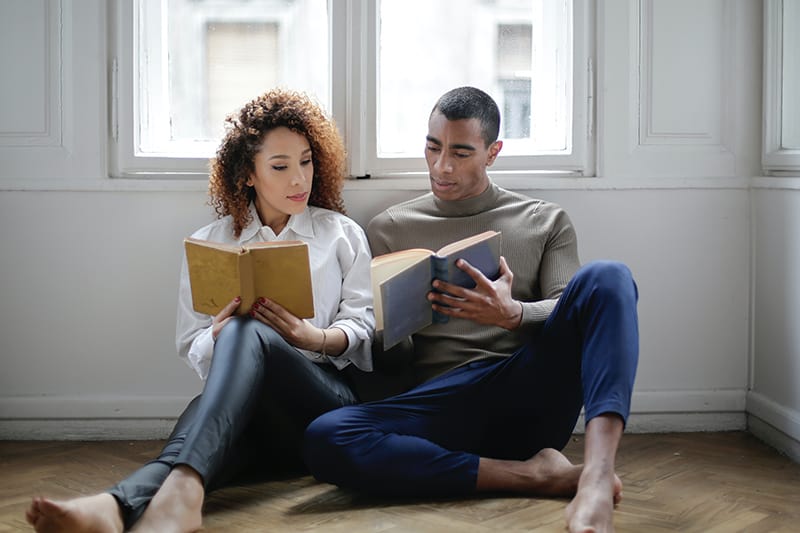 The relationship ideal is to grow together at the same pace but sometimes relationship dynamics change during the relationship; sometimes one partner starts to feel less confident about themself and that state of mind starts affecting their mental health.

Having low self-esteem can cause problems in the relationship. It can appear due to unresolved issues within yourself or your partner’s abusive behavior such as rude remarks and belittling.

For example, making remarks on your partner’s appearance or comparing them to someone else.

There’s a lot of passive-aggressive behavior involved in this type of relationship imbalance; even a facial expression is sometimes enough to express discontent and make your partner feel self-conscious.

4. They always have the last word 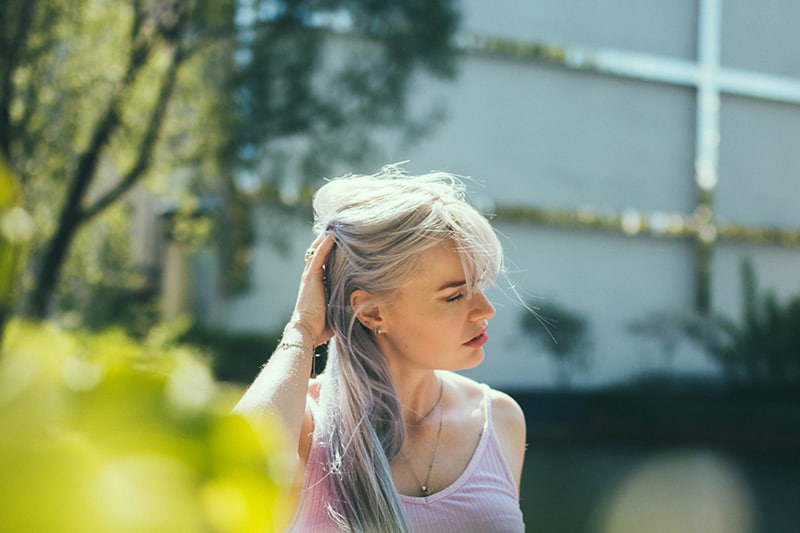 One of the signs of power imbalance is situations when one of the partners just can’t walk away from an argument unless they’ve had the last word. They need to prove once and for all that they’re right and you’re wrong.

Arguments that end like this are unproductive and frustrating. The relationship is turned into some kind of battle where only one person can win.

What are the reasons behind that type of behavior? The reasons are many. Sometimes a partner doesn’t feel heard, sometimes they feel powerless in other life situations and then take it out by insisting on having the last word to gain a sense of control.

Sometimes it is neither of these but just selfishness and trouble acknowledging the other side.

To achieve power balance again, the couple should cool down and then talk about communication (not argument issues) and make sure they have the same communication goals.

They should be very open about how each other’s behavior affects both of them and put emphasis on understanding the triggers.

5. You have to take responsibility for everything 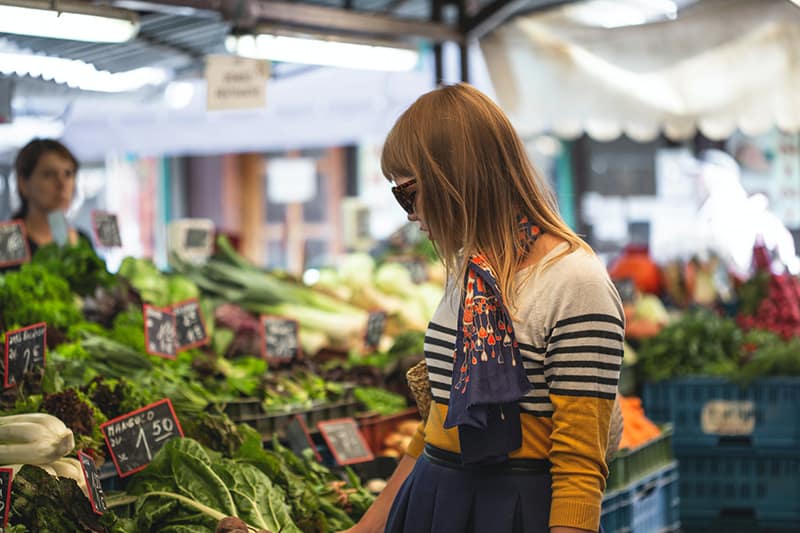 It’s important to take responsibility for your actions in a relationship. Taking responsibility creates trust and demonstrates your willingness to be honest and vulnerable.

So what happens when one partner’s behavior is irresponsible? It means that another person is being overly dependent on them and that’s exhausting for one person.

There’s a difference between healthy and unhealthy dependence.

Too much reliance on one person is a damaging behavioral pattern that implies low self-esteem and searching for confidence in things other than themself which is usually their partner.

The first time they do this might be understandable but insisting on this kind of behavior is damaging.

To change this behavior, one must first be honest and accept the potential blame that comes with taking responsibility.

Healthy responsibility is about agreeing on dependency and making it clear.

6. They don’t think about your feelings when they make decisions 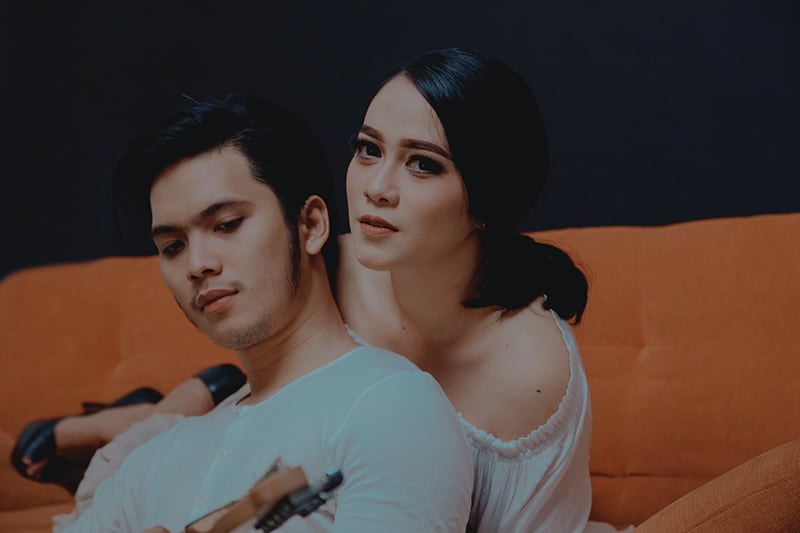 Once a couple becomes a couple, their decisions affect each other’s lives and should be shared and talked about. To successfully make a shared decision, a couple needs to communicate well, have respect for each other and trust each other.

Communication is about understanding one another’s perspective and talking about valuable things that can contribute to the final outcome.

Respect is important because it shows we value our partner’s judgment and give them the freedom to do things on their own. Trust is about consistently showing you can make good decisions on your own.

A relationship can’t flourish without these three things that are needed for joint decisions.

7. You’re the one who always works harder 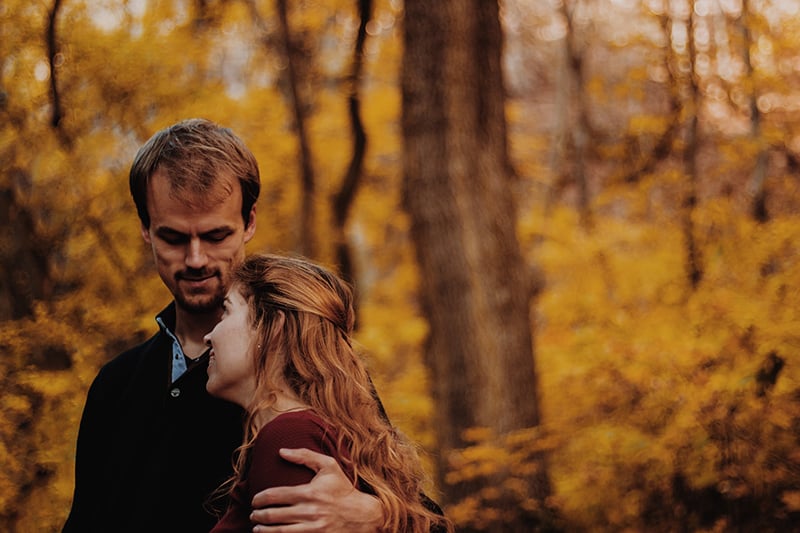 A great relationship requires great work but that work should be balanced between the individuals. There’s no point in insisting on a relationship if the other party isn’t doing their part.

Signs you’re the one who works harder include being overly accommodating, constantly justifying the other person’s behavior and the relationship in general and putting your partner’s needs before your own.

This leads to feelings of despair and might cause depression or anxiety.

8. They disrespect your boundaries

Setting boundaries is essential for one’s well-being. Boundaries are a way to take care of ourselves and help us make our expectations and needs clearer to the other person.

However, when set boundaries are violated, that’s a sign of disrespect and disrespect shouldn’t be tolerated.

If someone lies on a regular basis, manipulates their way to get what they want, rarely apologizes, blames others for their actions, talks but doesn’t listen and puts the other person down, chances are they’re disrespectful of other people’s boundaries.

Boundaries are needed so we can experience feeling safe, validated and appreciated. 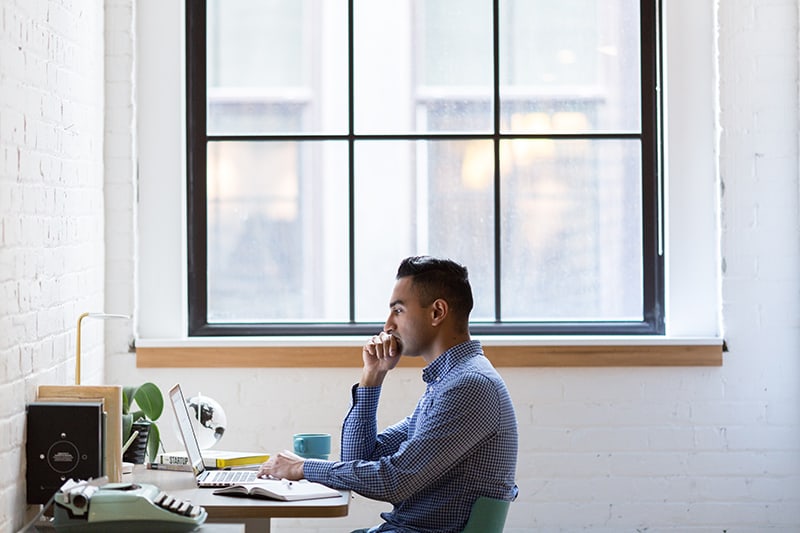 The signs of controlling partners are, among others, chronic criticism (even for the smallest things), threats, using guilt as a tool, isolation from other people and pressure toward unhealthy behaviors.

After however long you’ve been in a controlling relationship, it can feel uncomfortable to have someone considering your own feelings and needs above their own but that shouldn’t stop you from asking for help if it’s needed.

Controllers sometimes use controlling as a way of coping with their trauma but sometimes they’re narcissists.

Narcissists can be spotted via a big sense of self-importance and exaggeration of achievements and talents, lacking empathy for others’ needs, arrogance, exploiting others for their own personal goals, the requirement of admiration and the need for unlimited power, success or even love.

10. You feel alone in the relationship 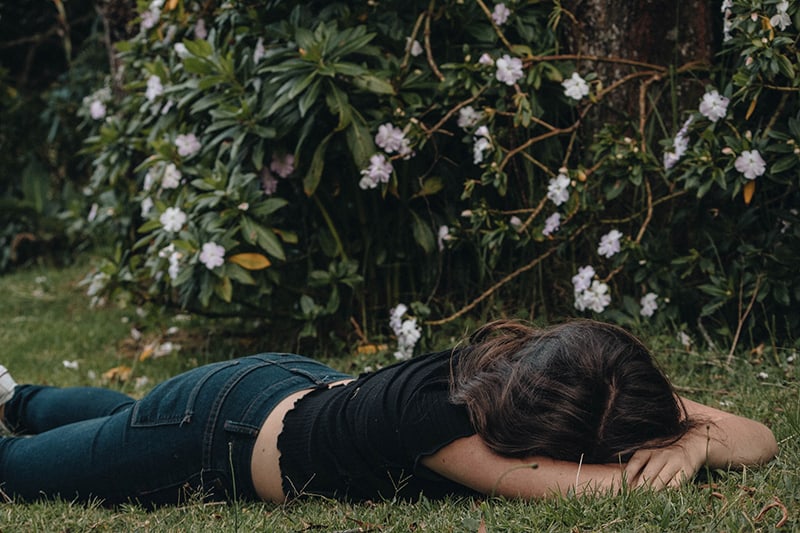 It’s not uncommon for people in long-term relationships to feel lonely despite being in a relationship, especially when one partner experiences a difficult time and can’t express themself.

A feeling of loneliness in a relationship can stem from your partner not spending enough intimate time with you, them being a less caring partner, not giving you enough attention or not having similar interests you can share with them.

Feeling alone in a relationship isn’t abnormal and it can be overcome through an honest approach to the issues or even couples therapy.

Research shows that on average, couples wait six years from the first signs of problems to get relationship help and also that prevention is three times more effective than intervention.

11. They only care about their needs 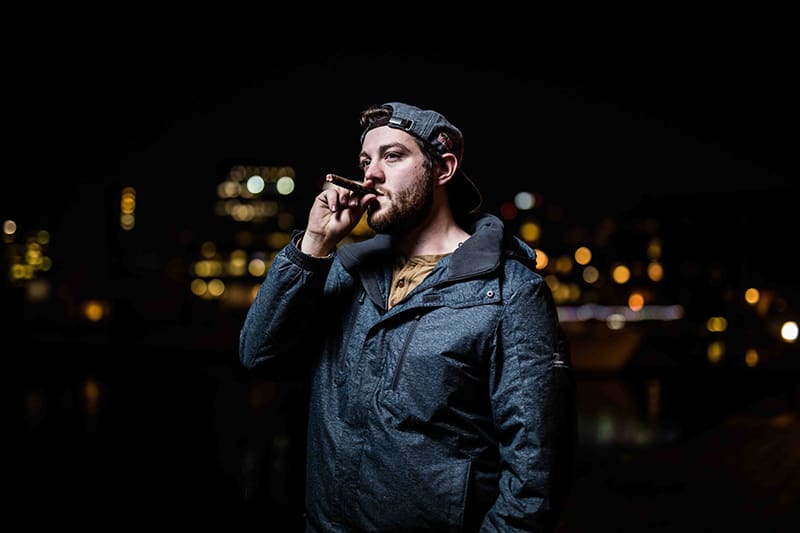 Nothing should ever be one-sided in a healthy intimate relationship and both people should put a certain amount of love and effort into making the relationship stronger so they both feel equally happy and satisfied.

Relationships are about compromise, putting yourself into your partner’s shoes, going the extra mile for the person we love and being genuine and loving.

This can also translate into your sex life. Sex is an important factor in any relationship.

It’s good for an individual’s emotional health and the overall health of the relationship. Sexual satisfaction is correlated with the overall quality of life and the amount of sex affects your sense of well-being and satisfaction with yourself.

It’s important to recognize unhealthy patterns and try to fix them or, in the worst-case scenarios, recognize when it’s time to leave a relationship and a partner who doesn’t want to cooperate.

This goes not only for romantic relationships but for any other relationship in your life. Humans have the inherent desire to be close to other people and it’s perfectly normal to want to better them in order to have a purposeful and healthy life. 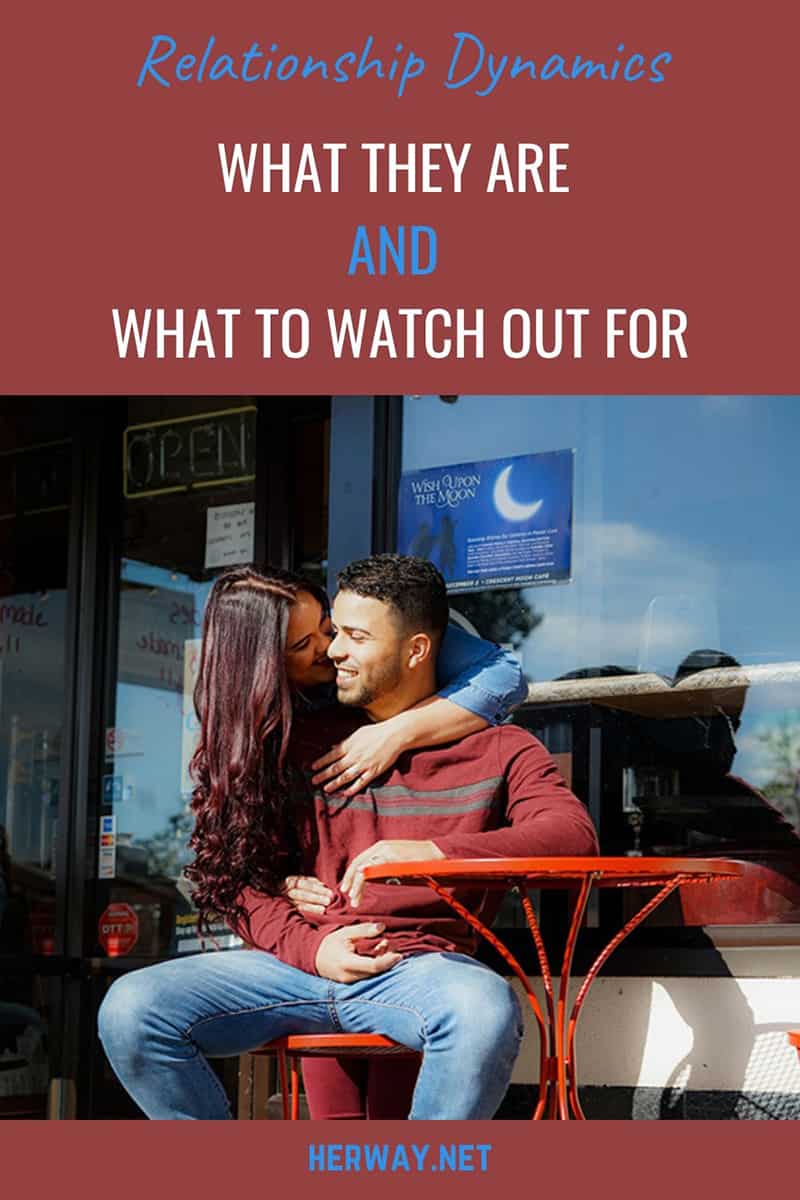 The Best Pieces Of Relationship Advice You'll Ever Receive

[…] All relationships go through some challenging stages where it seems like one partner needs to carry the load more than the other, and that’s perfectly okay. However, that shouldn’t be your standard relationship dynamic.  […]