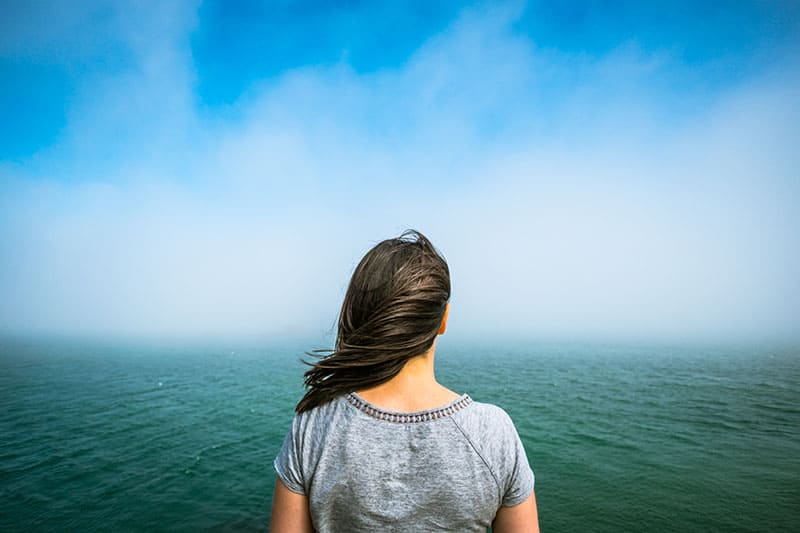 Even though walking away from an abusive relationship is without doubt one of the bravest things you could ever do, the truth is that, sadly, your nightmares don’t end the moment you dump your abuser.

In fact, when this happens, you need some time to learn how to continue with your life.

You need a survival guide on how to be single again and this is exactly what you’re about to get! 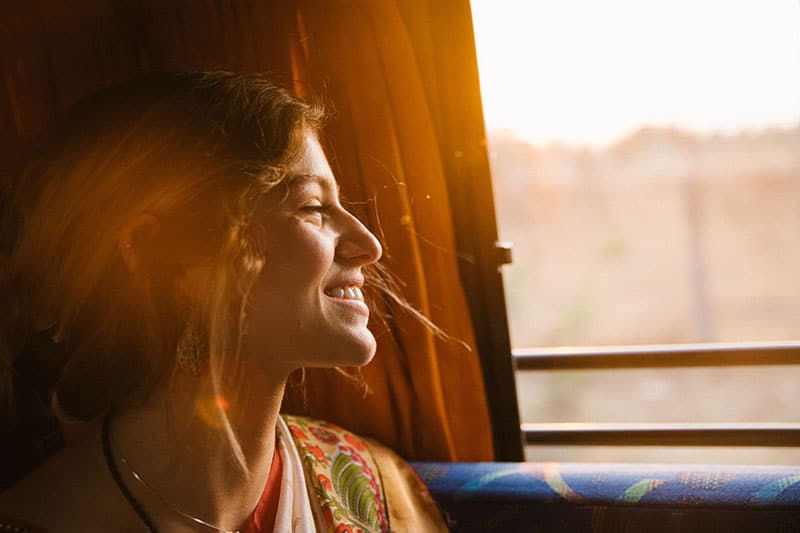 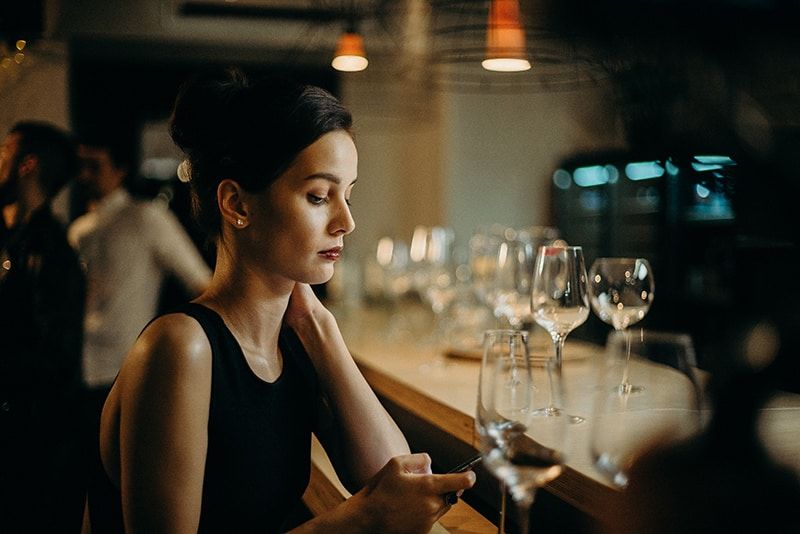 The first step in taking your life back in your hands is to look at yourself in the mirror and see that you are strong enough to make it on your own, despite whatever this man tried to convince you.

This might sound like a cliché, but before taking any concrete action, you really have to remind yourself that you’re not put on this earth just to be part of a couple.

You’re much more than someone’s (ex) girlfriend. You’re an individual and a woman who is in charge of her own happiness.

Your ex put a lot of effort into making you believe that you could never make it without him.

He did this because it was the best way for him to manipulate you into staying with him and never even trying to leave. 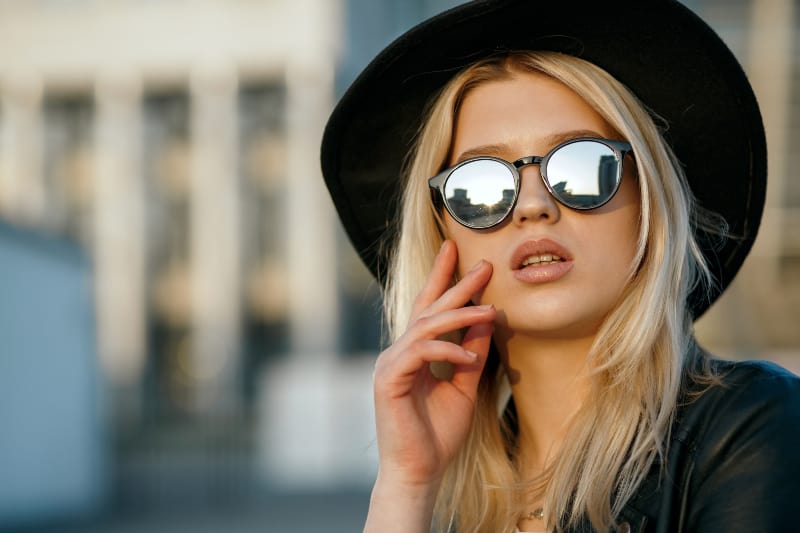 After a while, whether you like it or not, you started believing him.

Well, now it’s time to prove both of you wrong, to show everyone that you’re a complete person on your own and that you don’t need “your other half” (which was clearly not him) to keep on living.

2. Focus on other relationships in your life… 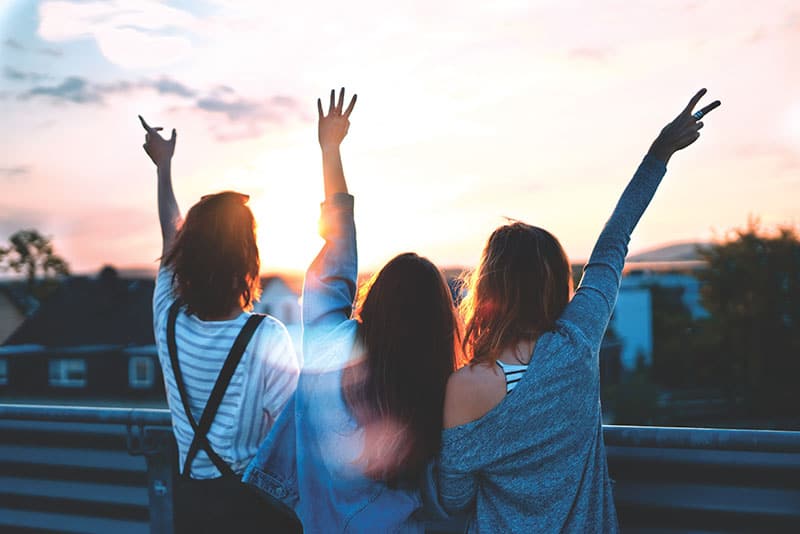 Once you have all of this figured out, it’s time to refocus all the energy you keep giving to this guy to all the other people in your life.

For a long time, this man was the center of your world and someone your each day revolved around.

This is exactly what he wanted – to isolate you from everyone else so it’s easier for him to brainwash you into thinking that your relationship was perfectly normal and healthy.

To tie you to himself by making you lose all other people in your life.

However, now, all of a sudden, you have so much time on your hands, and you don’t know what to do with yourself.

Well, this is a perfect moment for you to revive some of your old friendships and give more of yourself to your family.

You might be embarrassed to ask the people whom you’ve forgotten all about because of your ex-relationship to accept you once again, but give it a try!

I assure you that most of them will understand your honesty and help you get back on your feet.

3. …and especially on the relationship you have with yourself 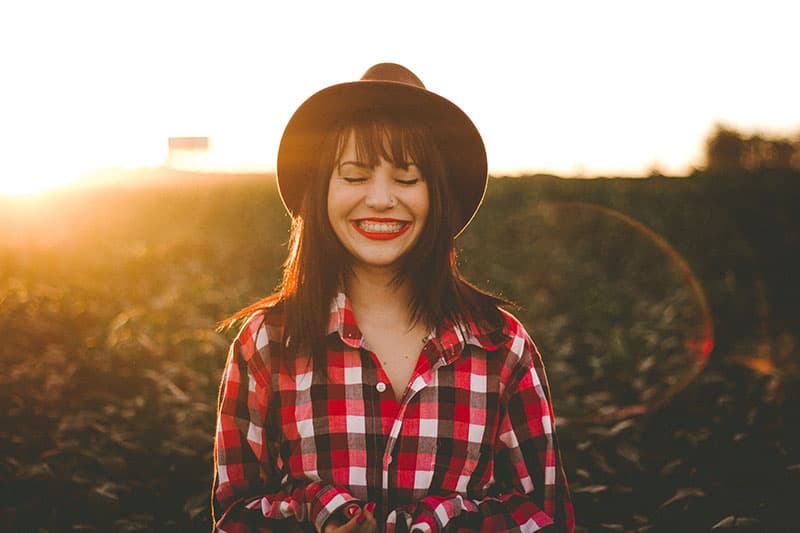 Most importantly, this is the time in which you have to learn to love yourself with the same intensity you loved him.

Time to finally put yourself in the place that you deserve and shower yourself with all the affection and attention you’ve been giving away to this wrong guy.

Time to spoil yourself and finally start treating yourself as the princess you are.

Trust me, after going through abuse and being convinced that you’re not worthy of your own self-love, this is exactly what your mental and emotional health need in order to recover. 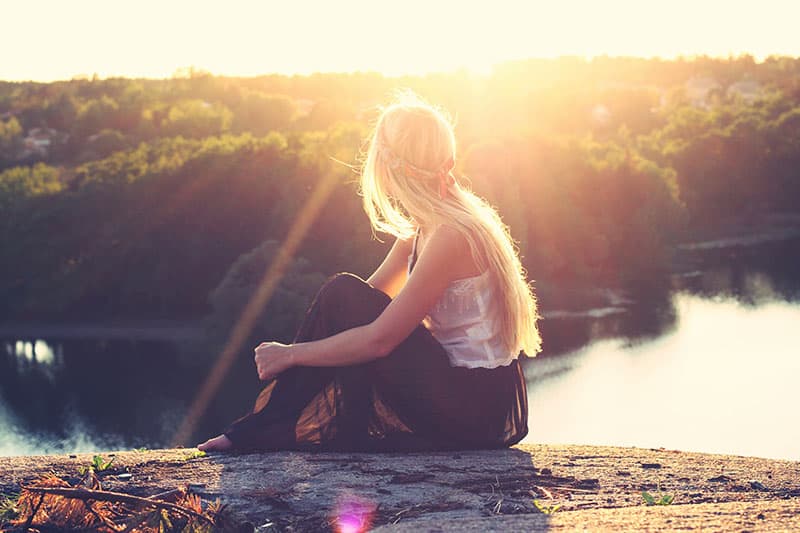 Another thing you need to do when you’re single after getting out of an abusive relationship is to give yourself enough time to heal.

Instead of repressing your emotions, get in touch with them – this is the only way to deal with them in a healthy way.

After all, you’ve been through some serious trauma and it’s perfectly natural that you can’t get rid of all this pain, resentment, anger, and fear in a blink of an eye.

Just don’t call your ex in these times of despair.

Don’t think that going back to him would ease your pain because, trust me, it would only make things worse.

5. Don’t do anything you’re not ready for 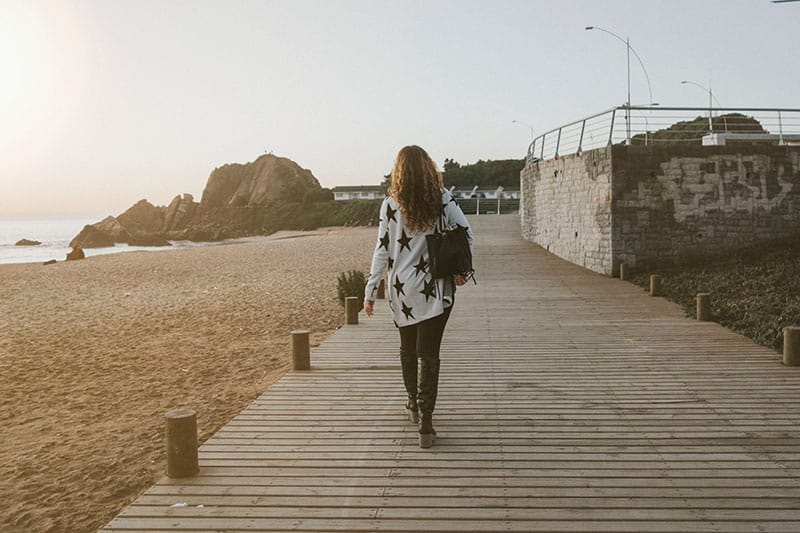 The most important rule about learning to be single again is only to do the things you’re ready for, not those that others expect you to do or that would make your ex jealous.

This especially applies to you going back out there in the dating pool.

Remember that moving on is much more than jumping into a new relationship.

There isn’t a deadline by which you have to find someone new.

It is perfectly normal for you to have deep trust issues after everything you experienced.

Perfectly normal for you to need time to open up to a new man and be ready to let him in all the way.

It’s as simple as that: Do only the things you’re comfortable with doing and don’t let anyone dictate your pace because nobody’s walked a mile in your shoes.

6. But start doing everything you’ve always wanted to do 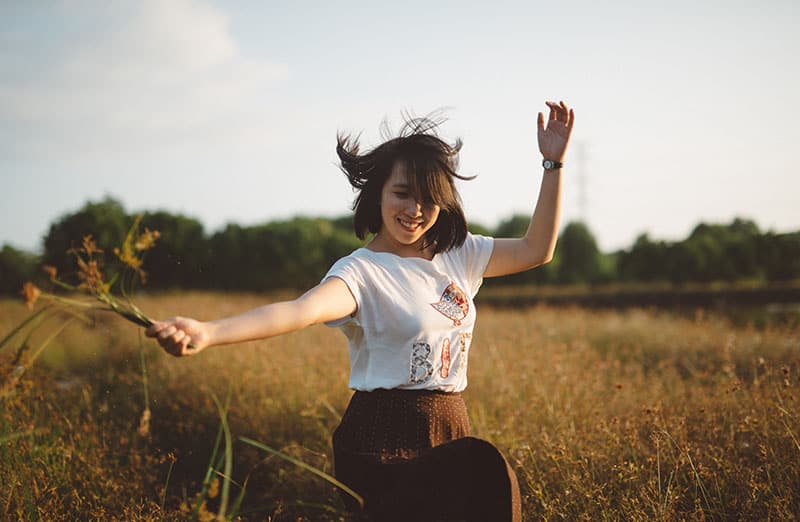 However, this is also the time in which you should be making all of your wildest dreams come true.

For years, as a victim of abuse, you had to do everything you could to make your ex happy, without ever thinking about your own desires.

He was the dominant one and the one who made the most decisions.

Remember that road trip you’ve dreamt of taking for so long, but your ex preferred taking a flight?

That new language you’ve wanted to start learning, but you were afraid you wouldn’t have enough time to see him if you did?

What about some smaller, sillier things?

That girl’s TV show you planned on binge-watching, but you two always ended up watching something he liked?

The way you wanted to paint your bedroom walls pink, but he wouldn’t hear of it?

Well, now’s the time to do all of those things and enjoy each one of them! You deserve it! 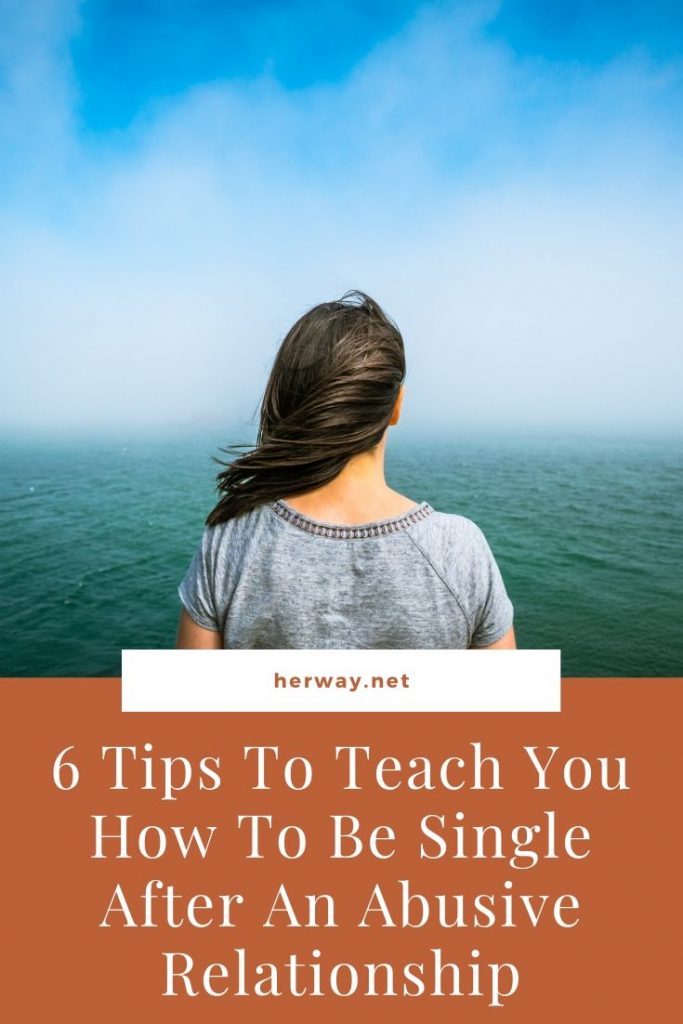 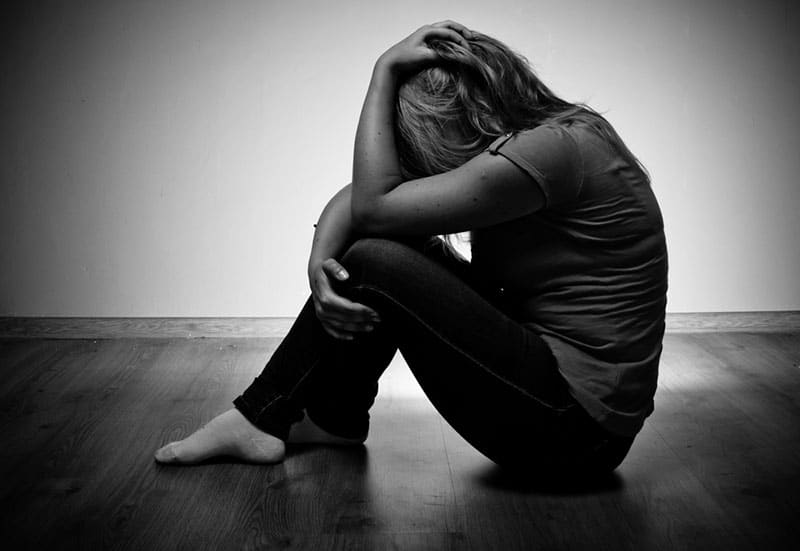