She thought she would never win this battle. It was exhausting and it lasted forever.

You know, some happy moments pass in a heartbeat but when you’re hurting it seems like it’s taking an eternity.

That’s how she felt. Her minutes became hours of unbearable pain. Her heart felt like it had been stabbed with an ice pick and frozen forever.

If You Want To Stop Missing Someone, Here's What You Need To Do 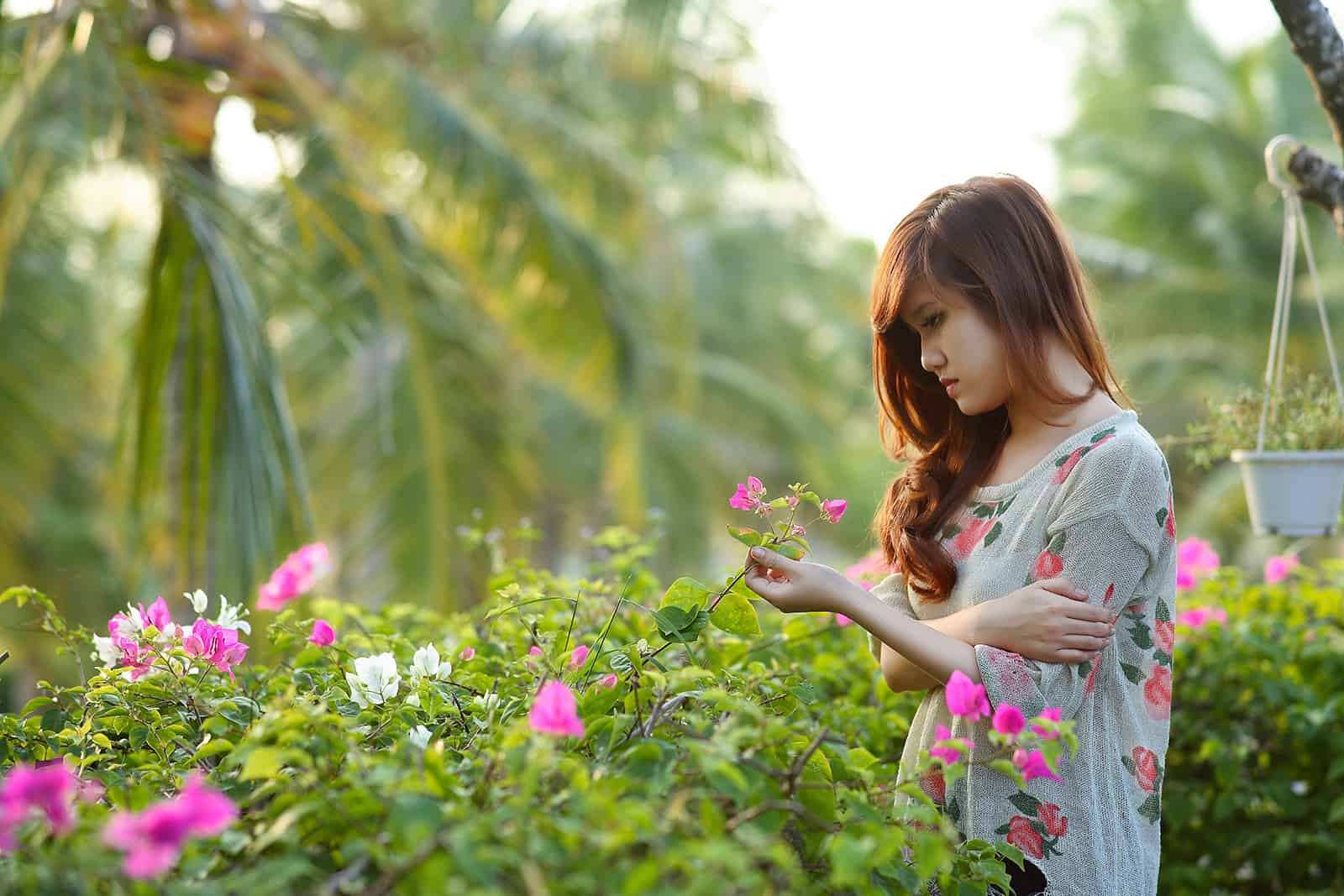 She thought she was stuck in a rut from which there was no way out.

Her journey was long and painful but in the end, she made it. And she made it when she finally gave up.

She gave up on trying to turn back time. She realized that the past should stay where it belonged.

She decided to leave her demons and move on with her life. She decided that you meant nothing to her. Not anymore.

She gave up on hating you. She knows it’s your fault for putting her through the hell she lived in. She realized it was your fault she lost her beautiful self in a toxic relationship.

You're Not Crazy For Missing Somebody Who Is Not Yours 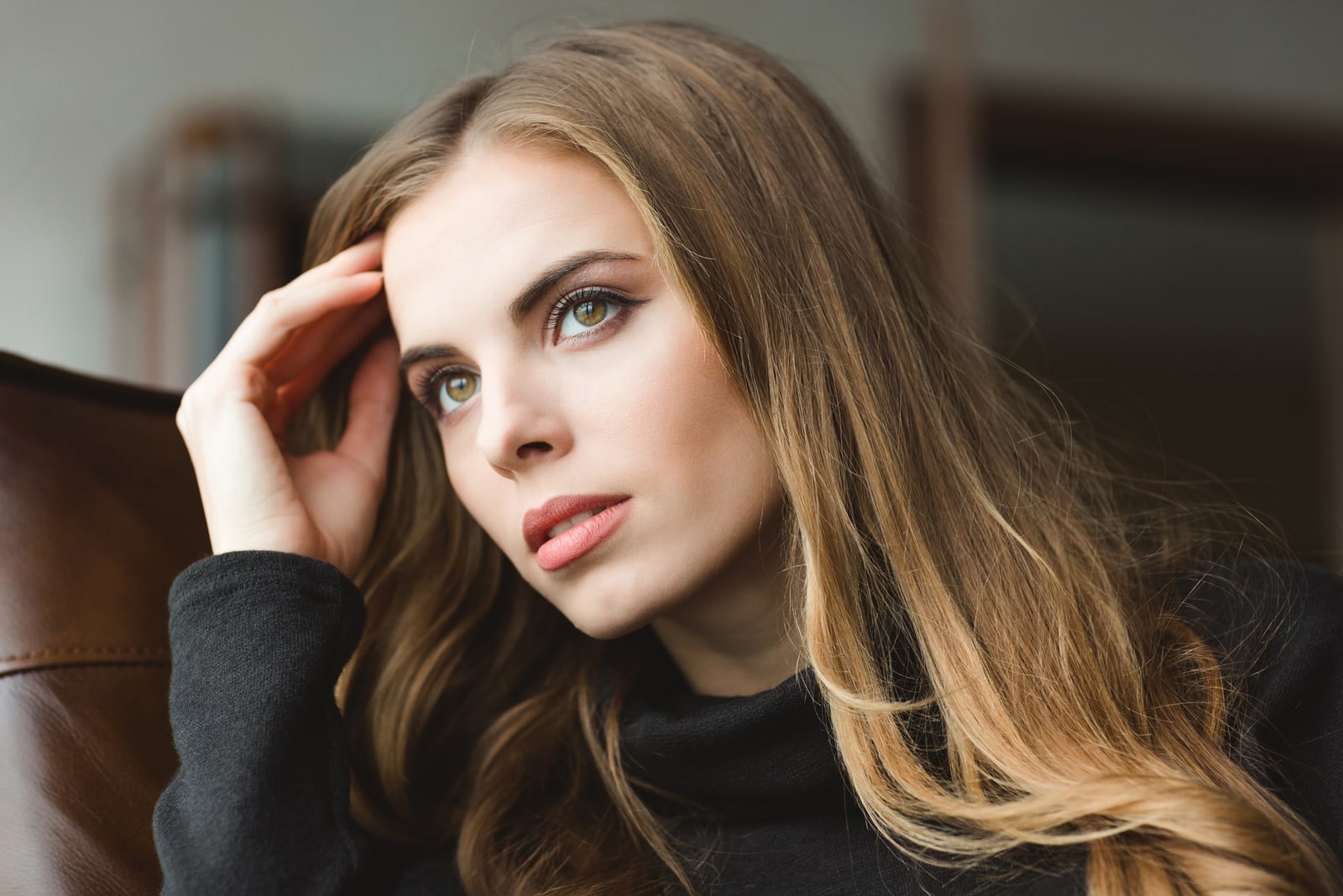 She realized you manipulated her because you didn’t know any better. And in the beginning, she hated you for that.

She hated every single fiber of your being. But when she finally let you go, she broke free from you.

She gave up on resenting herself. Although your story didn’t have a happy ending, it doesn’t mean that it was unhappy from the start.

No, she had a lot of nice moments with you and sadly she held onto them when you broke up. So, she missed you. She wanted you back because she thought you could change, that you could go back to being the same person you were when she met you. 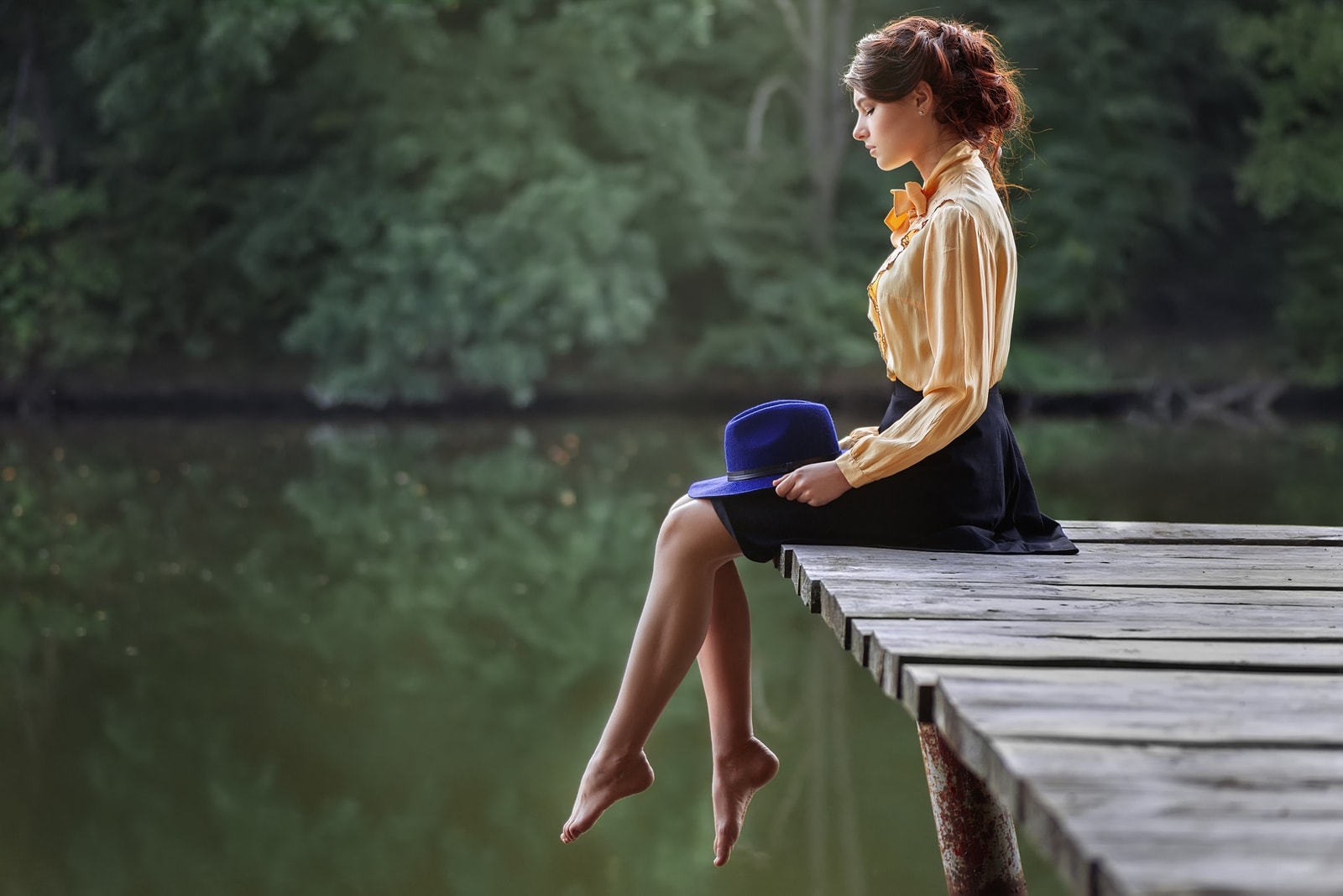 But deep down she knew that was not going to happen so she resented herself for a long time for wanting to be with you despite knowing it was bad for her.

You're Not Crazy For Missing Somebody Who Is Not Yours

But it wasn’t easy all the time. Heartbreaks are like that. You think that you’ll be okay in a day or two.

You think you can conquer it all. More importantly, you decide that you will get over it and you convince yourself that you’re fine, but you’re not.

You’re not going to be fine for a long time.

It all starts with anger after he leaves you. Then you move on to the ‘fuck you’ phase.

But that phase is not consistent. One moment you don’t care and he is the last thing on your mind, but the next you find yourself looking at the photos of the two of you, crying your heart out, with tears feeling heavy as steel rolling down your cheeks.

It’s all about surviving. It’s about keeping yourself sane. It’s about healing and forgetting because in the end, you heal, you forgive and you move on with your life.

It’s just that when your heart gets broken, you feel like it’s going to stay like that forever. You feel like your life isn’t worth living.

But then when it all passes, things don’t seem as blue as they did back then. 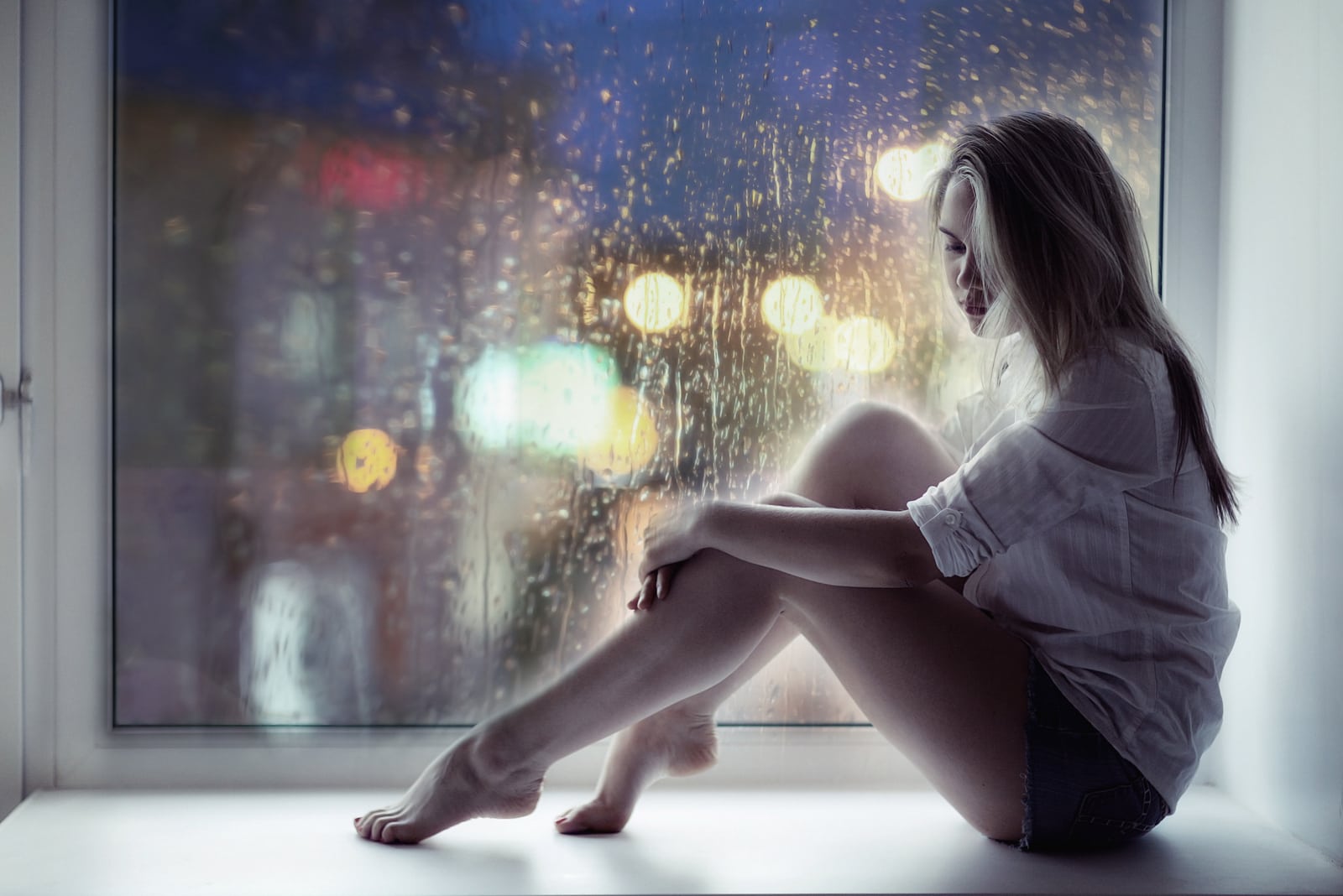 You see, this girl realized she has to give her life another chance. She realized that time does heal every wound.

She realized that everything will be gone one day. She won’t miss him and she won’t hate him.

She realized that she can’t run away from pain. The sooner she feels it, the sooner it will pass.

You have to feel pain and you have to learn the lesson, otherwise you’ll be stuck in time, a very painful time. You’ll be stuck inside your four walls, choking on your own tears and it will feel like an eternity.

You have to hurt and your heart needs to bleed while the wounds are still fresh. Think about it.

When you cut yourself, you bleed and it hurts. But as time passes, it hurts less and the wound heals. It has to. It’s a law of nature.

And although all of this may sound a bit cheesy, it’s true. After some time, you don’t look at the photos of the two of you together, and your tears don’t feel heavy as steel.

The thought of him doesn’t make you sick anymore. It’s true.

You stop missing him. 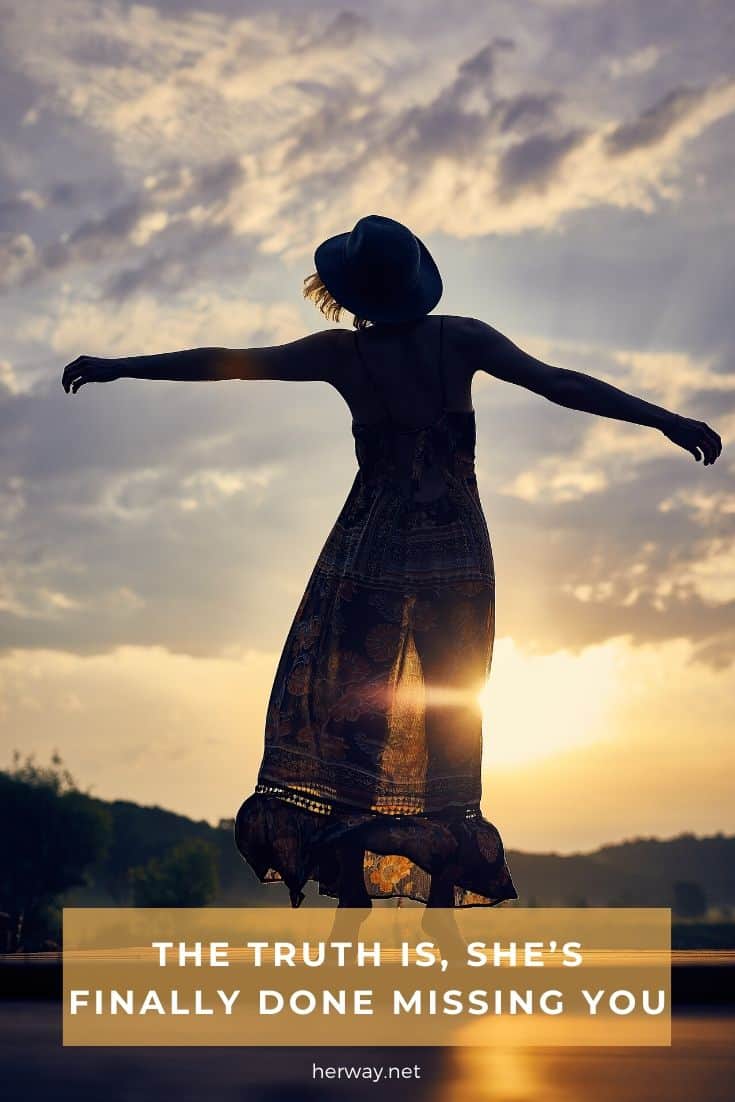 If You Want To Stop Missing Someone, Here’s What You Need To Do

You’re Not Crazy For Missing Somebody Who Is Not Yours 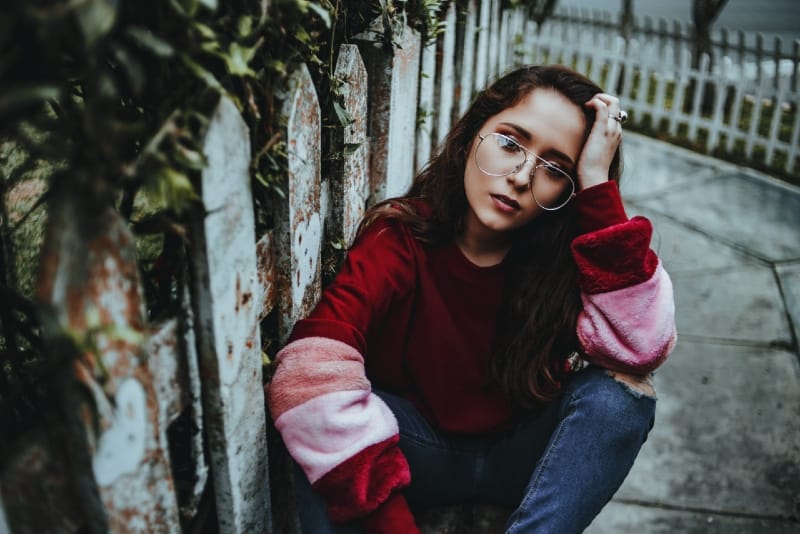 How To Stop Missing Someone: 10 Easy Steps To Freedom

If You Want To Stop Missing Someone, Here’s What You Need To Do

You’re Not Crazy For Missing Somebody Who Is Not Yours

How To Stop Missing Someone: 10 Easy Steps To Freedom