Amongst the first words we’re taught to speak are ‘hello’ and ‘goodbye’ and people remember to say hello when they enter your life, but they somehow forget to say goodbye on their way out.

Do you know what happens when someone leaves your life without saying goodbye? Well, if you’ve ever been left this way, then you’ll know.

When someone leaves without a goodbye, you’re bound to get broken.

Maybe the leaving part doesn’t even hurt as much as knowing that someone doesn’t want to be with you anymore and that they didn’t have the decency to say what went wrong to your face.

And then you’re left your whole life wondering what went wrong.

When people first enter your life, they greet you with a very confident hello.

Their hello is so strong and so breathtaking and it makes the impression that this person came to stay.

Through the whole time you spend together, they make sure you’re convinced how pure their love is and that they will do anything for you.

And then, when it occurs to them that the time to end the story has come, they leave without a word. They leave like the biggest cowards that they are.

People who leave without a word are the biggest cowards in this world.

When someone walks out of your life without a word, especially if that someone was a person who promised to stay, you can’t help but wonder what went wrong.

When someone leaves you without giving you a proper goodbye, even though you know better, you stay there waiting for closure.

You stay there with a handful of questions that will never be answered.

And nothing haunts us more than the questions we have that we can’t get answers to.

When people leave without a word, they keep waiting for closure and keep hoping that one day the explanation as to why things ended will find its way to them.

But the worst part of it is these two questions: “Can I move on?” and “What if he comes back?” 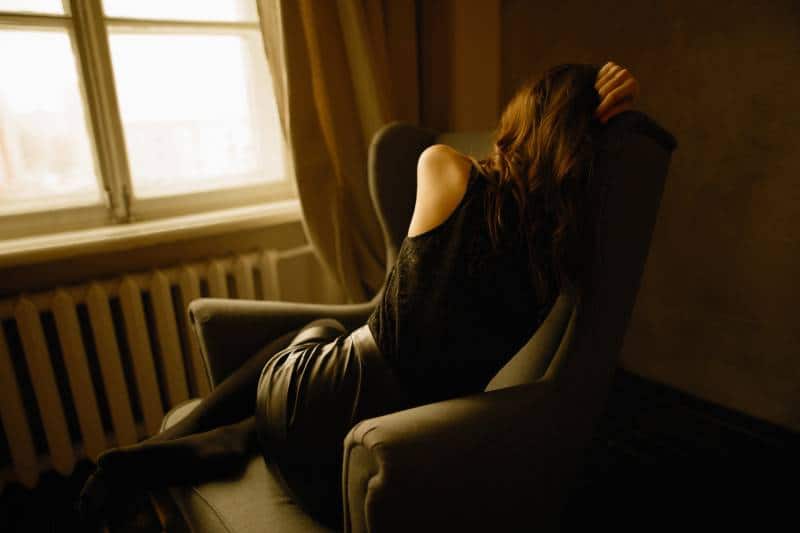 “Can I move on?” – You’re left wondering if you’re allowed to continue with your life.

“But what if he comes back?” – The moment someone new walks into your life, you wonder if it’s the right thing to engage in a new story when the old one didn’t end.

There is a possibility that he might come back and what then? So you pull back instantly.

You feel like you’re the cheater in the story because the end was never said out loud.

And you miss him so much because you’re waiting for someone who moved on the moment he left your life.

The old story ended a long time ago, regardless of whether you got your last goodbye or not.

To him it ended, it’s you who keeps dragging behind and not giving yourself a chance to move on.

You didn’t get the closure you needed and you’re left hanging. It’s  ugly and it hurts and it’s full of insecurities and you didn’t deserve to be left without a goodbye, but you can’t change it.

You shouldn’t be hitting the wall hoping the door to your closure will appear all of a sudden.

You don’t show courage by jumping off a cliff or driving a car at the maximum speed.

You explain why things are not working out and you make sure you’re firm in your decision. You don’t send mixed signals.

There is no getting back together, there are no ‘what ifs’, there is no giving false hope that maybe the tables might turn in the future.

You gather the courage to walk away decently and to give a decent closure to the story. Everything else is just chicken-delivered.

So, when a man is a coward, when he leaves without a single word, when he can’t give you what you need, be the bigger person than him. Instead of being afraid to move on, instead of following the path that coward, the one who left without a word, trumped for you, be the one to give the final closure to the story.

Instead of being afraid to move on, instead of waiting, accept that the things between you two are over.

Instead of running away from accepting the truth, be the brave one in this story and allow yourself to not wait anymore.

Be the one who says goodbye for both of you and move on with your life. 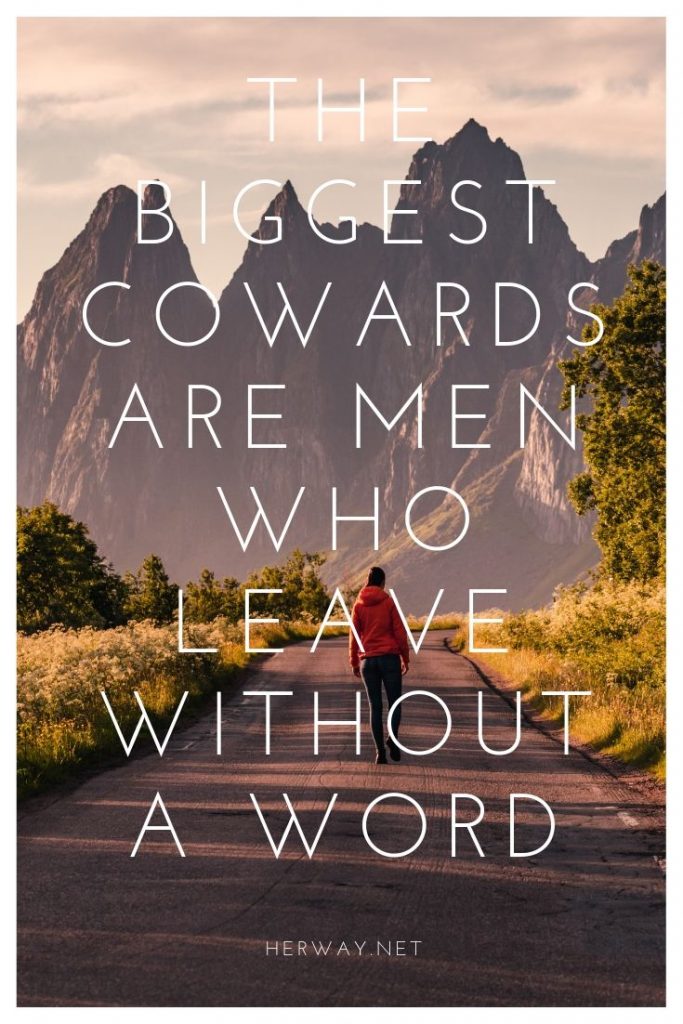 When A Man Abruptly Ends A Relationship: 11 Reasons + Tips

[…] need to understand right now that not all men are cowards like your ex-boyfriend. Not all men will use you and dump you like you mean […]

It happened to me yesterday, 16 August 2018. My class mate whose always spend time together during the class and break time . We talk to each other a lot, we felt that we're attached to each other. He left me without any word yesterday . I was so shocked why he did that to me . It's really hurt me a lot. Leaving without proper goodbye or let least letting me know that he is leaving . My heart so painful, I care so much for him but what I got from him, he left me behind. :( :(

Thank you for your post. My boyfriend and I dated for 8 1/2 years (we met in college). Like any relationship , we had our ups and downs. I felt that during the last four years of our relationship, we grew closer. We talked about a future together. A week before he threw his disappearing act, he told me he wanted us to open a joint bank account to save for our wedding. He left on vacation with his good friend and never called me when he got back. A month later, he was seen with another woman who became his wife. It's painful when there is no closure. Its been a while now and it's still a bit painful, but it's nice to read your encouraging posts.

I found my childhood crush on FB, I thought I finally found my soulmate after 40 years of not seeing him. We really got along and I thought we were in love with each other. He had problems with his kids and I had my autistic boy put into a group home. My 2 older kids are on their own. So problems with his kids kept escalating. Whenever we were together, which was twice a week, they would call for whatever reason and then he would leave. I've always tried to be understanding and let him leave. I offered help he never accepted it. I thought we were partners because he helped me in many ways and I just wanted to do the same for him. In April 2017 my kids bought me a ticket to go to Mexico. We had gotten into a misunderstanding before I left. I tried to communicate with him while I was over there but then we decided when I returned we would talk. When I returned, he would not answer my calls or emails. I thought we were stronger than that but apparently he wasn't man enough to tell me good bye. I still think about him and miss him.

Thankyou for your post. We had a fight my fiance and I. I figured he's go to his cousins a couple days a day max and then talk to me instead he checked himself into rehab. Months later again but without telling me waiting on detox 5 days to end. He told his mom tell her I'll call her. Every feeling in my body is sharp pains. The silence kills me. Going to work all day and coming back to our new unboxed apartment and 2 cats it's just like where are you. He's my life.