Have you ever been in a situation where you had no other choice than to walk away from a person you knew was never right for you?

In a situation in which the only option for you was to be strong enough to pick up the broken pieces of yourself and to move on with your life, the best way you could?

If you have ever gone through something called moving on, you know exactly what I’m talking about.

If you have, this is a story about you, about your inner strength and about everything you had to go through to finally continue living your life.

A story about a girl and her attempt to finally regain control over her life and to take it back into her own hands.

This is a story about a girl who chose herself over this toxic man she loved and who pretended he loved her back.

About a girl who decided to leave everything negative behind her. To leave all the pain in the past, where it belonged, and to move on to the brighter future she deserved.

A story about the most powerful girl in the world.

I won’t lie to you—moving on wasn’t easy for her. Actually, it was one of the toughest and most painful decisions she had to make.

For a long time, she fought with her feelings. She fought with this guy who was constantly trying to trap her back into his circle of lies and manipulations.

She fought with all the future she had planned for the two of them.

But when she looked at things realistically, she saw the truth. She saw that he wasn’t putting any effort into their relationship.

She saw that this man was bringing her nothing but trouble. That he wasn’t making her happy and that she shouldn’t be afraid of walking through life on her own.

Finally, she saw how powerful she actually was. She saw that he had been diminishing her all along because he was afraid of her strength.

She saw he had been intimidated by her all along because he was afraid that she’d eventually see his true colors.

That was exactly what happened. She walked away from him, moved on with her life and she never looked back.

No, it wasn’t easy and she never claimed it was, because her struggle hadn’t finished there.

And this decision was not at all easy to make. But she knew it was the right one.

And she finally did move on. She continued living her life as if this guy never existed.

She finally saw him for who he really was—a selfish asshole and a toxic manipulator.

She saw how strong she actually was. She rechanneled all the love she felt for this guy to herself.

She started loving herself the way she used to love him. She started treating herself with care and she finally prioritized herself.

Or did he just pretend to realize all of this so he could have her back? So he could continue hurting her and emotionally abusing her?

Well, the truth is that she’ll never find out. Because luckily for her, she never gave him a chance to break her heart all over again. 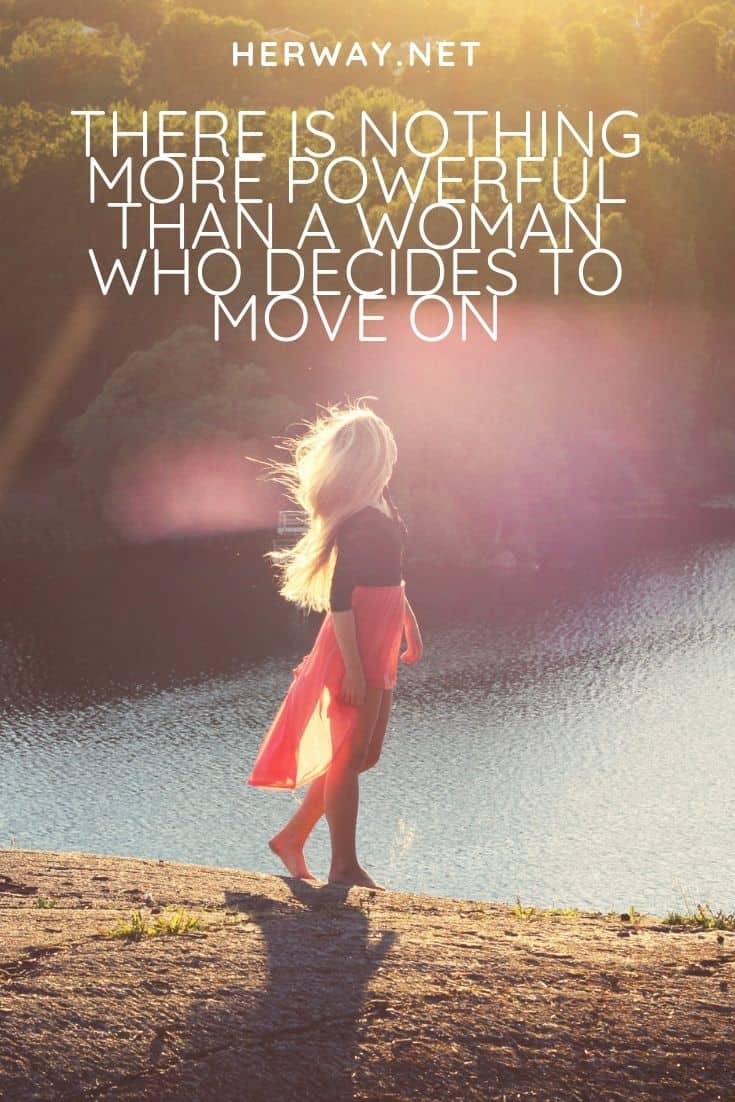