When you really love a man, you follow your heart blindly, and you don’t listen to reason.

You ignore that voice in the back of your head telling you that he doesn’t treat you well and that you deserve much more than what he can give you.

When you love a man, you’re ready to do whatever it takes just to save your relationship and avoid a painful heartbreak. You never want to abandon this guy, even if there are millions of things telling you that this is exactly what you should do.

You don’t want to walk away from him even when he’s the main cause of your misery – even though you’re aware that he’s the only one responsible for all of this pain that’s been eating you alive.

Even if he’s the one making your life a living hell. Even when you know that this man doesn’t deserve you, that your needs aren’t met, that he is wrong for you, and even when his toxicity is threatening to ruin you completely.

You don’t want to leave him alone to fight with his demons, and you continue hoping that you’ll manage to bring him to the light.

You’re willing to sacrifice your self-respect for him. You’re convinced that you’ll manage to save him.

But somehow, this isn’t happening. Instead, you’re the one who is slowly being pulled down into his darkness.

Instead of saving him and making your relationship work, you’re allowing him to destroy your own life, without you even being aware of it.

And this is exactly why you need to walk away from this guy this instant, despite the depth of your emotions for him. This is why you need to save yourself from him, and the only way to do this is to choose self-love over the love you have for him.

It takes a lot of patience, effort, and energy for two people to build a healthy relationship, and you shouldn’t give up on your loved one at the first glance of trouble, an unanswered phone call, or ignored text messages.

But love isn’t pain. Because there is nothing romantic in staying next to someone who’s crushing you to pieces with every new day that dawns. Someone who can’t talk to you for 20 seconds without telling only lies.

There is nothing poetic in the devastating pain of allowing a narcissist and a toxic relationship to keep breaking your heart.

Because true love should never hurt, and it should never bring you more sadness than happiness. It shouldn’t be this difficult, and it definitely shouldn’t make your life harder. 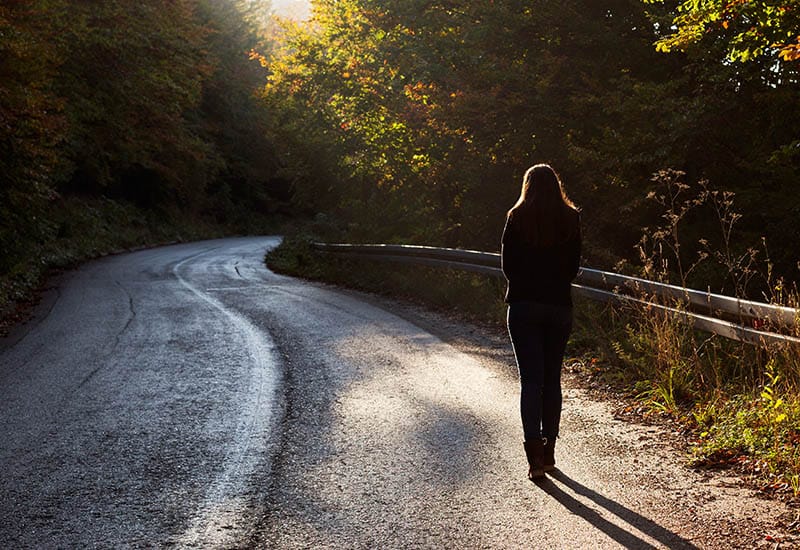 Making all the sacrifices for the sake of the other person is not proof of your love for them. Losing yourself and fighting all the battles alone aren’t signs of your devotion to your relationship.

Instead, these are signs that you don’t respect and love yourself the way you should.

As a matter of fact, when a man figures out that he’s your whole life, he won’t see you as a high quality woman and, therefore, he’ll never stop taking you for granted. And no matter how much you’ve been fighting for him, you’ll end up running in circles.

Spending time with such man is more of a curse than a blessing.

So please, do the right thing: end this agony. Walk away from him and mean it. Forget the first time you met him, prevent him from texting you, and save yourself before he breaks you completely.

Leave him and choose yourself over him before it’s too late.

And even if your man wants you to stay and begs you not to leave him, don’t fall for his fake, selfish behavior because his only motive is to feed his big ego. The reason why he’s doing it is because he’s the wrong man.

So, instead of fighting for the wrong man, spend time with your best friends, with the people who love you, and no matter what happens, never stop believing that leaving him was the right thing to do.

Now, I know that leaving him is easier said than done and I know that you’re scared of stepping into your future without him because you’re convinced that leaving this guy will hurt you more than staying with him.

I know that it’s not easy to start living a new life and end the toxic chapter you spent so much time on.

But I promise you that you’ll end up much happier and healthier once you start focusing on your own happiness and say your final goodbye to him. That you’ll feel liberated once you set yourself free from all of his toxicity.

I know that leaving this man is the last thing you want to do and I’m not here to convince you that it’ll be a walk in the park. I just want you to have faith in yourself because you are strong enough to close the doors behind you and never look back.

Strong enough to do what has to be done, even though you don’t think this way now.

After all, walking away is the only real option you have and the choice you need to make if you want to give yourself a chance to be happy.

And I promise you that once the pain goes away, you’ll never regret doing it. Instead, you’ll see it for what it is: the best decision of your life.

See also: Respect Yourself Enough To Walk Away From A Man Who Doesn’t See Your Worth 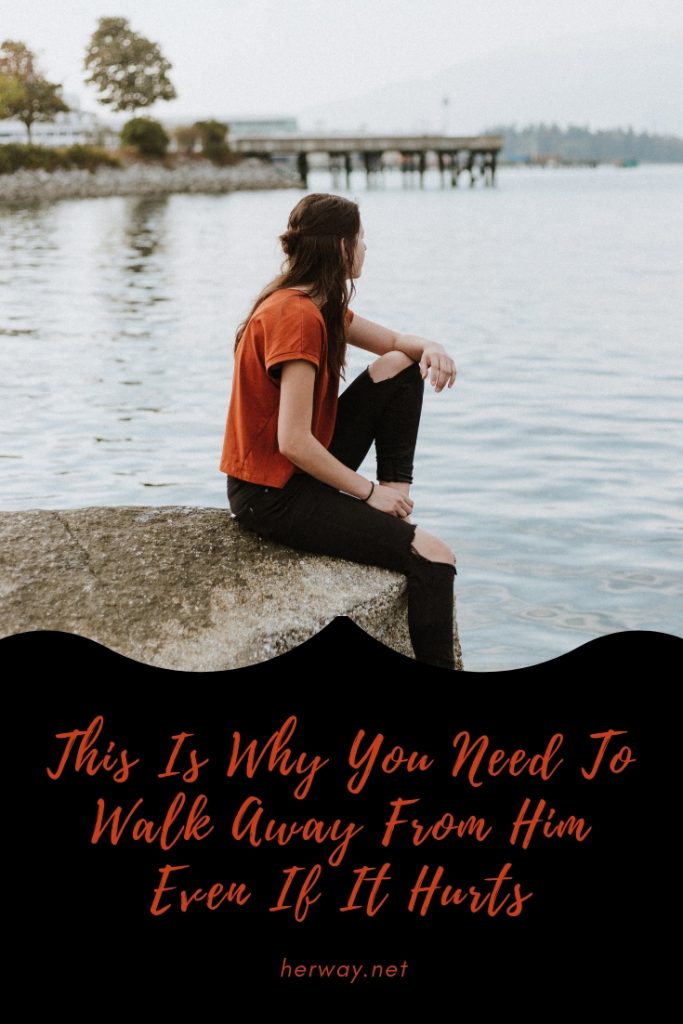