For a while now, serious relationships stopped being the only way two people can be romantically involved.

Among other things, casual dating is one of the options you have when you don’t want to commit, but don’t want to be single either.

So, what is casual dating? Well, it is an arrangement in which you get all the good sides of a relationship without any of the bad ones.

You have someone to be with when you’re bored and in need of affection, but without having to commit and without owing anything to them.

You have the chance to keep all of your options open while having a good time beside someone you like.

Looking at things from this point of view, casual dating sure looks like a perfect arrangement, doesn’t it?

And the best part is that it also appears to be a piece of cake.

Well, it really is – if you know how to play your cards right.

That is exactly why there exists a set of ground rules for casual dating that you need to follow if you want it to work out.

You both have to be on the same page 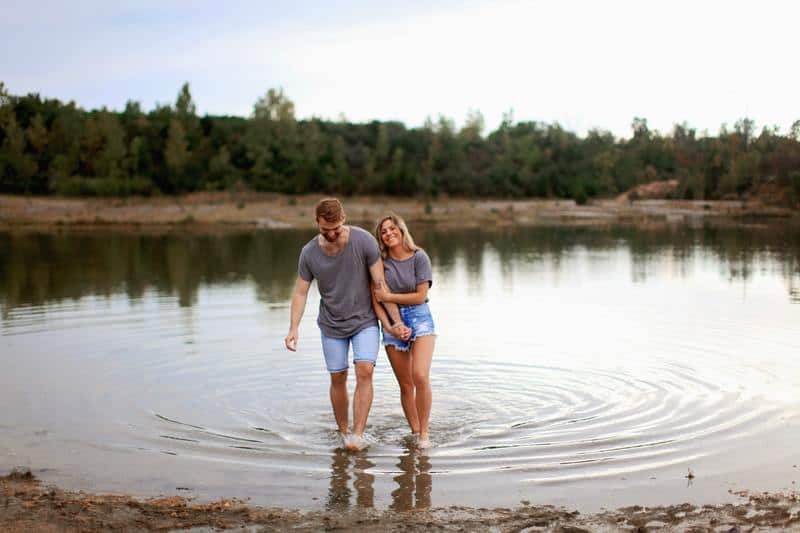 One of the first casual dating tips is to be completely honest toward yourself and your partner.

You need to know what you want and you both need to be clear about it.

The worst thing you can do when it comes to casual dating is to string someone along.

It’s everything but fair for one person to think that they’re in a committed relationship or that there’s hope of forming an emotional connection while the other isn’t interested in anything else besides keeping it casual.

That is why both you and your partner need to be on the same page and go after exactly the same thing, in order for this casual dating to be a success.

Remember, this is the only way to keep both of your hearts safe.

Set some ground rules and boundaries 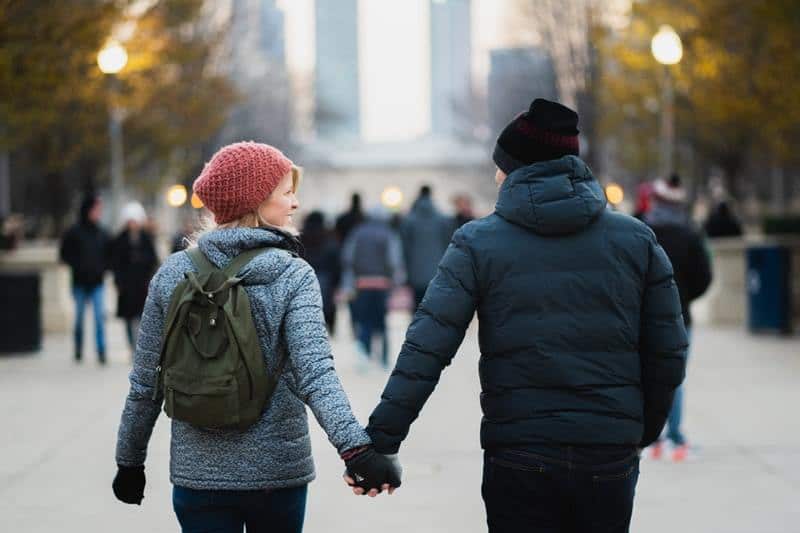 After you and your casual dating partner have come to terms with what you want, it’s time to set some rules and boundaries that you both should follow and respect.

Every casual relationship is different and you two are the only ones who have the right to determine what is allowed or not.

Talk honestly to each other about the things you’re comfortable with and about those you don’t want to be a part of your casual dating scheme.

Is it okay for the two of you to see other people, too? Will you guys be monogamous or both be playing the field?

Do you want to keep all of this casual dating a secret or is it acceptable to talk about it with your friends?

How will you behave in public? Like a couple or as nothing more than friends?

Is flirting with others in front of each other acceptable or not? Will you continue with online dating?

Do you expect to stay in touch, apart from the sex and dates?

Or is there nothing wrong with disappearing from each other’s lives from time to time, without any explanation?

Related: How Often Should You Text Someone You’re Casually Dating? 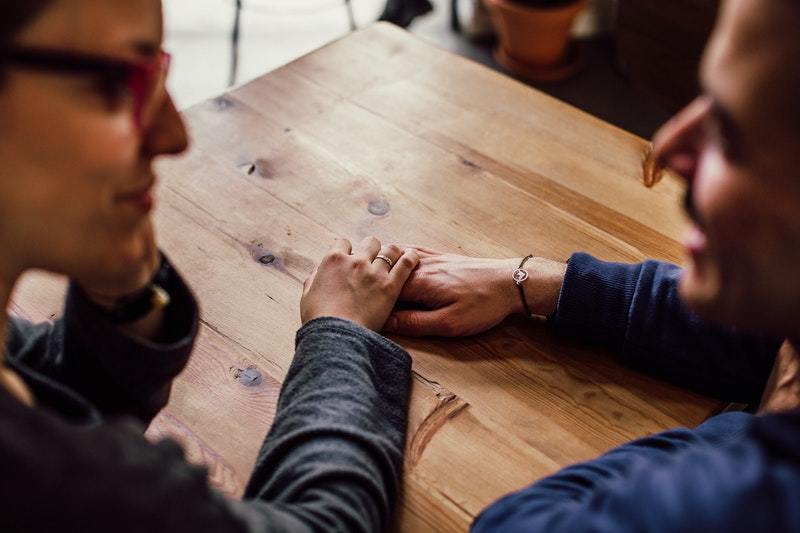 Being in a no strings attached relationship means that there is absolutely no need for playing mind games with the other person.

You both know what you want and it is absurd to chase each other around.

You don’t have to play hard to get because your final goal is not for the other person to fall for you hard.

What is important is to forget about your ego and constantly remind yourself that you’re in this to have a good time and not to prove a point, because this is someone who will break your heart if you don’t play your cards right.

So instead of beating yourself up trying to outsmart your quasi-partner, just be honest and straightforward about everything that is bothering you and you’d like to change.

No silent treatment, no holding grudges, and no resentment – you’re not children, but two adults, and you should act accordingly.

Don’t have any expectations 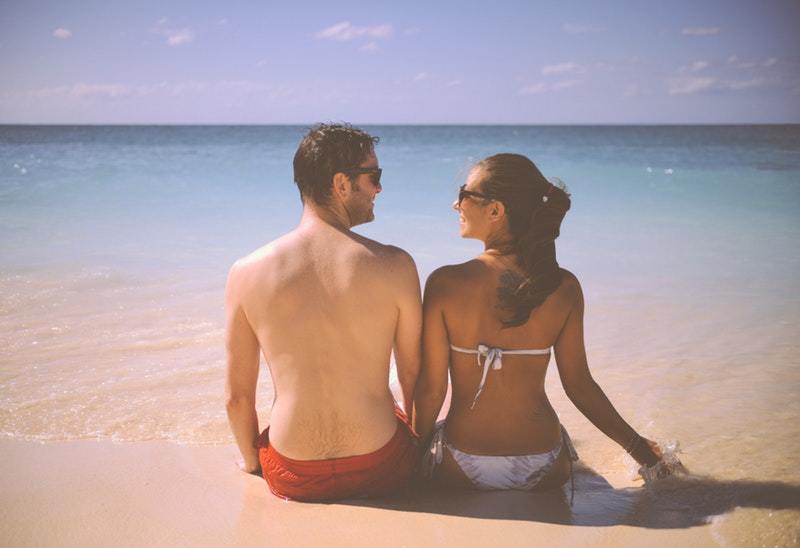 Maybe the most important rule of casual dating you simply have to follow is related to your expectations.

It is not uncommon for people in these kinds of relationships to lose track along the way and to start seeing this casual dating as much more than that.

That is exactly why you have to keep reminding yourself not to have any expectations of the person you’re involved with and of the relationship itself.

You’re not allowed to make long term future plans or to get your hopes up. Remember, this is not a real relationship.

You have to keep your feet on the ground and be realistic about it all the time if you want to avoid being let down or disappointed at the end.

Go out on dates 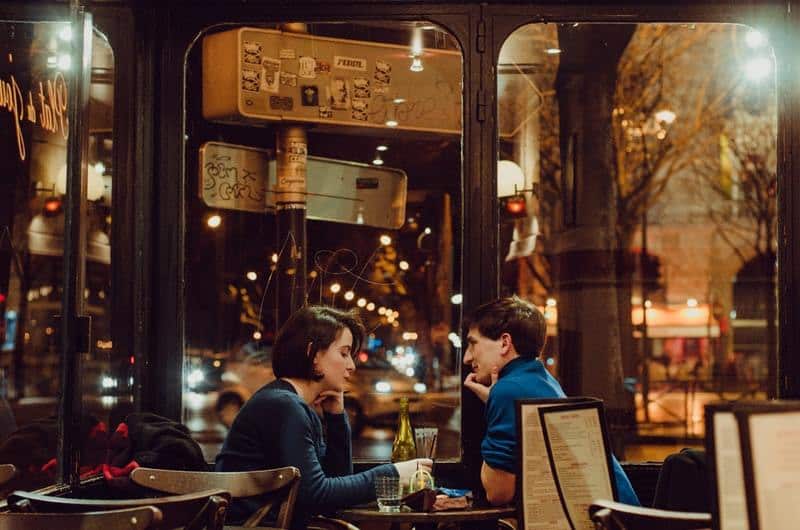 Even though the term casual dating is much different from an actual relationship, it is still a form of dating and it means it’s much more than casual sex.

Of course, sex can and usually is a part of this type of relationship, but it is not the only aspect.

Therefore, one of the rules for casual dating is to actually go out on dates.

It doesn’t mean that you should have romantic fancy dinners or that the two of you should go on trips together, but there are many fun activities you can participate in and that can serve as date ideas.

However, what is important is to avoid home dates. Don’t cook each other dinner and don’t sleep over.

Things like these are reserved for a real relationship; allowing them to happen in casual dating can just cause unnecessary confusion and fuss. 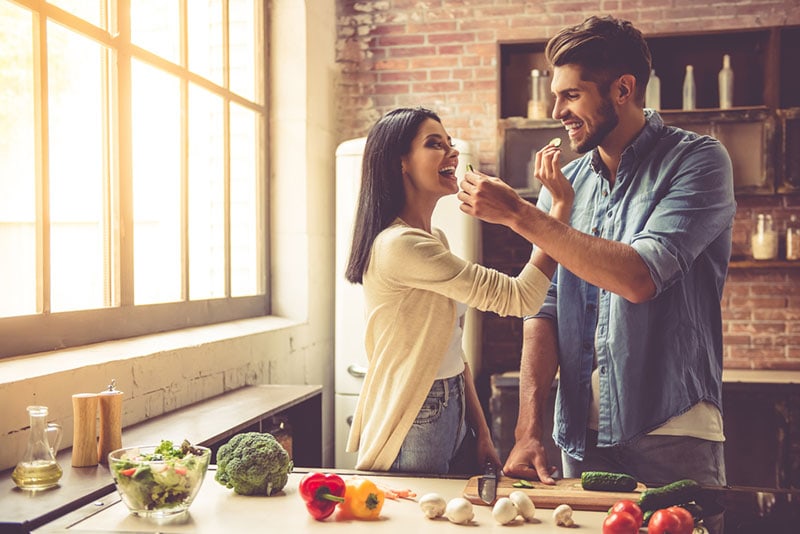 However, everything is completely different when it comes to casual dating.

This is an arrangement in which you’re expected to share all the expenses of the relationship.

You can share the check or you can set the rule “who invites, pays.”

Whatever the case, this way, you and your casual partner show equality in this relationship.

Nobody is dependent and nobody will owe anything to another person when all of this is over.

The same goes with gifts. It is one thing if you want to buy a little something for your almost-partner’s birthday, but expensive and meaningful presents are out of the question. 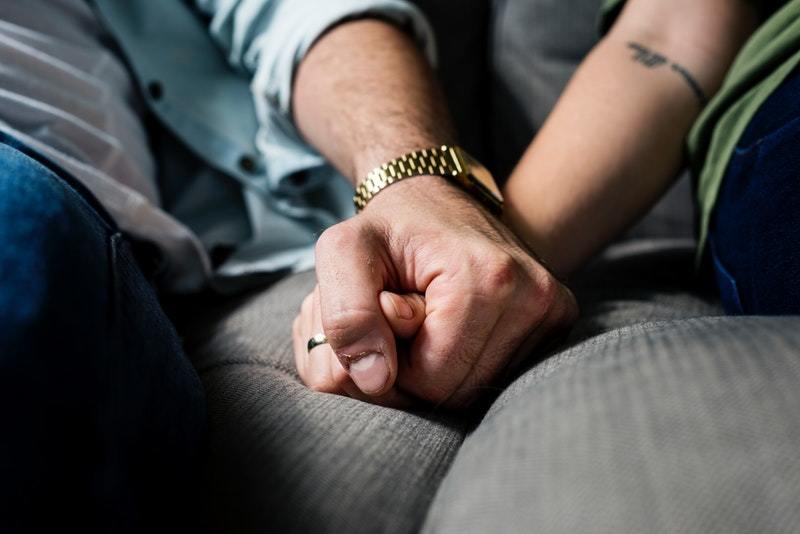 The truth is that you and your quasi-partner haven’t made any promises to each other. No vows were made and there’s no commitment.

However, this doesn’t give you the right to treat each other however the hell you want, without taking the other person’s feelings into consideration.

You still need to respect each other’s time, energy, and feelings.

That means it’s absolutely not acceptable to, for example, bail on the other person, lie to their face regarding your relationship, string them along, insult them, try put them underneath you, or intentionally play with their feelings in any other way.

You have no right to be jealous 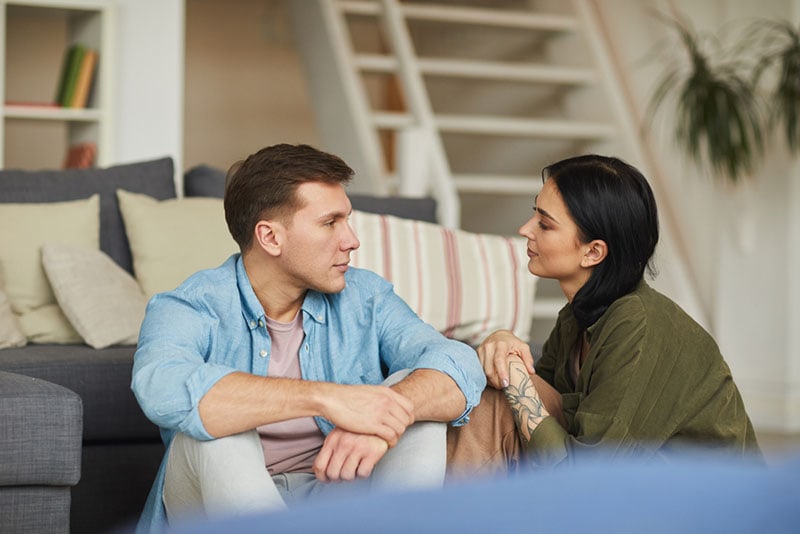 The golden rule of casual dating is that you are never allowed to act possessive or jealous.

Remember that the two of you are not a real couple and that you both have the right to do whatever you please.

You’re not permitted to ask the other person about their romantic history, to ask them where they’ve been yesterday and where they plan on going tomorrow.

You are not entitled to any type of explanation because your partner’s activities and the time they spend away from you are none of your business.

Also, forget about casual dating if you think of yourself as unable to give up control.

Don’t expect the other person to listen to you or to start doing things your way.

On the other hand, if it happens that you start feeling jealousy that you can’t ignore or get rid of, it is clear that you want more out of this relationship but you’re just scared to admit it. 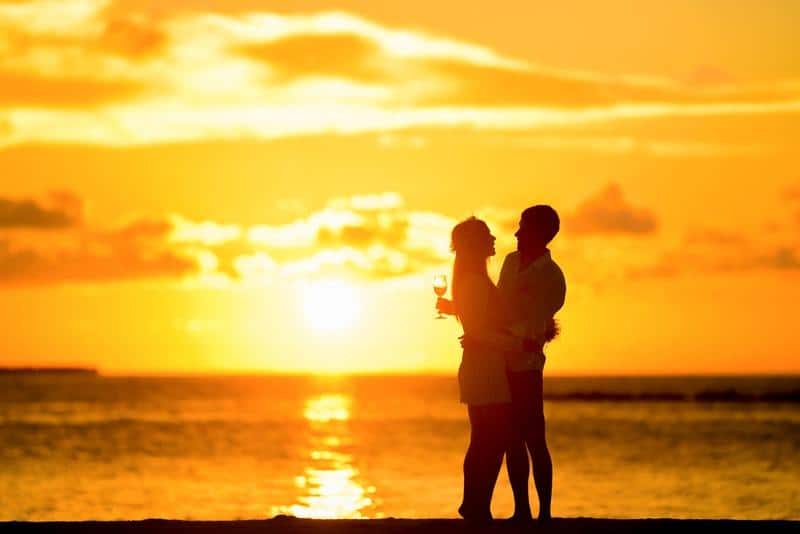 Numerous men and women don’t like the entire world to know their business. And the same goes for this relationship as well.

There is absolutely no need for everyone to know everything there is to know about who is in your bed.

Don’t get me wrong, I’m not saying that you should keep your almost-other-half completely hidden, but this person is not your boyfriend or girlfriend and it would be totally foolish to have them meet all of your friends and family.

Besides, there is always a possibility that this person is one who doesn’t want the rest of the world to know about their casual dating.

Either way, don’t go around blabbing about some things that shouldn’t concern anyone besides the two of you and you’ll be just fine.

Don’t get too attached 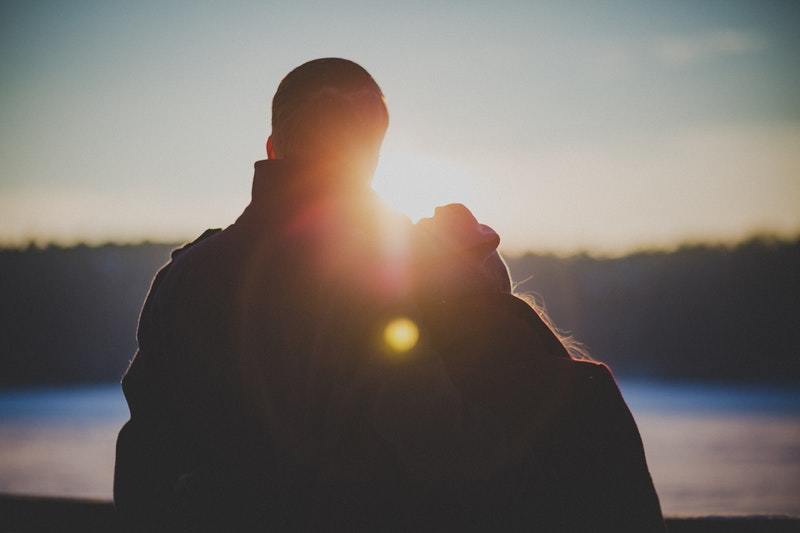 Even though each one of these rules is crucial for a successful casual dating game, the most important thing you must always keep in mind is to shut all of your emotions down because becoming too attached is never a good idea.

I’m not saying to act heartless or rude, but you can’t expect for casual dating to work out if you get emotionally attached.

In this case scenario, one of the people always gets out of the relationship with their mental health and heart injured, and you need to make sure something like that doesn’t happen to you.

That is exactly why it is important to think things through before acting on them.

Not everyone is cut out for meaningless flings and if you suspect that this is the case with you, run for your life before it’s too late and you’ve trapped yourself. 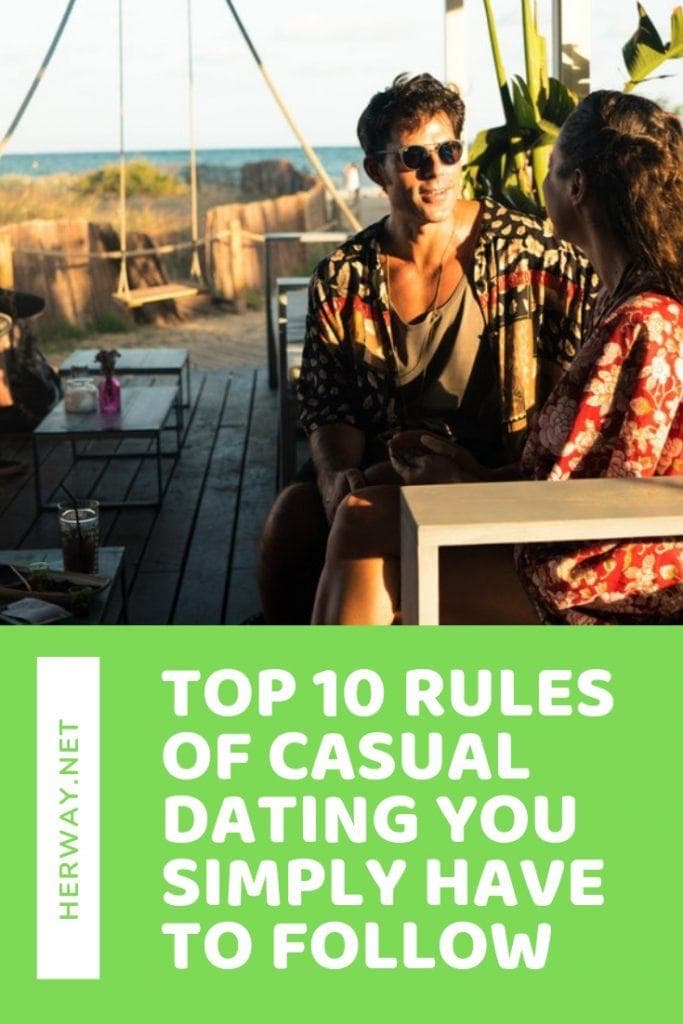 11 Reasons Why She's Not Ready For A Relationship + 7 Tips

[…] Casual dating is becoming more and more popular because of its numerous benefits. […]

[…] are numerous important rules of casual relationships, but one of them is the most significant: “Don’t ask, don’t tell.” What […]

[…] you both agreed on casual dating, you’ve probably set some primary rules for your relationship. But most of those rules […]