Both males and females have some sexual fantasies, and that shouldn’t be a taboo topic. It is something natural, and you should be open about it.

Why not tell your partner about your sexual fantasies if you feel you can trust them? It can only bring your relationship to a whole new level and let you experience things you only dreamed of.

Today, I would like to introduce you the most common sexual fantasies all men have, but they are afraid to admit them to their girlfriends.

If you are curious about what gets them going, read further!

Having sex with two women 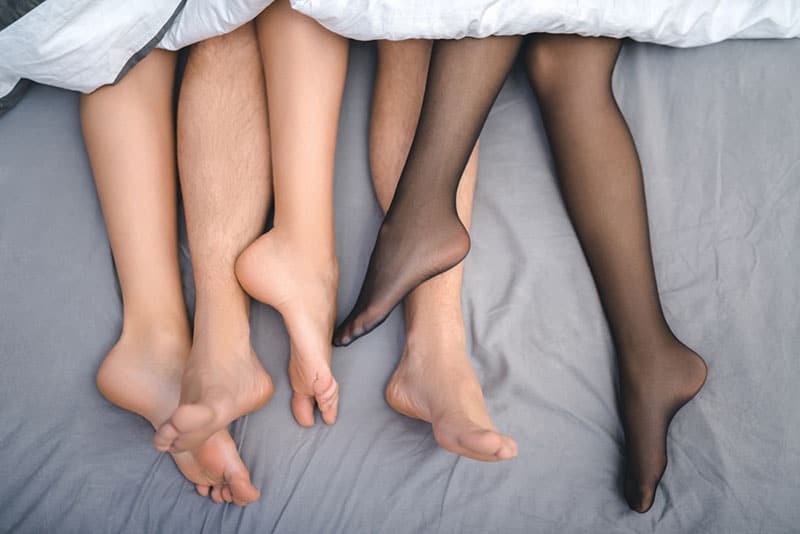 Yup! This is at the top of the list of sexual fantasies all men have. Having sex with two women is something that turns them on, and they would like to try it at least once in their lives.

They would like to see how they would act when two women would be in the same bed as them, satisfying them in ways they thought don’t exist.

And even if most of them want to try something like this, they don’t have enough courage (read: balls) to admit that to their ladies. 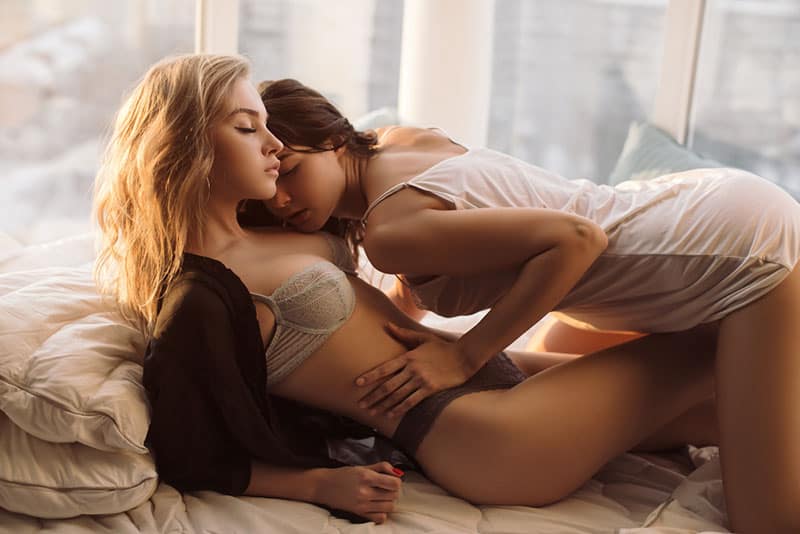 If you thought that guys need to be a part of sex act to be satisfied, you are so wrong.

They don’t need to do anything, but you need to be creative enough to entertain them in the best possible way.

That is something that really gets them going, and they start sweating as soon as they start thinking about that. 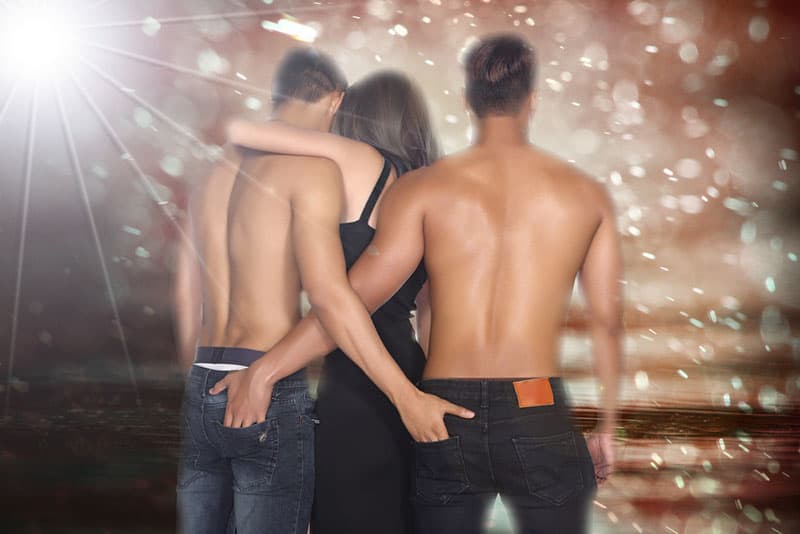 They want to try something risky, but at the same time, they want to protect themselves from unknown feelings because they don’t know if they will be good at it.

All in all, things like this can happen only unplanned or when they get drunk or because they are not brave enough to do this while they are sober!

They would want to have a dominant partner 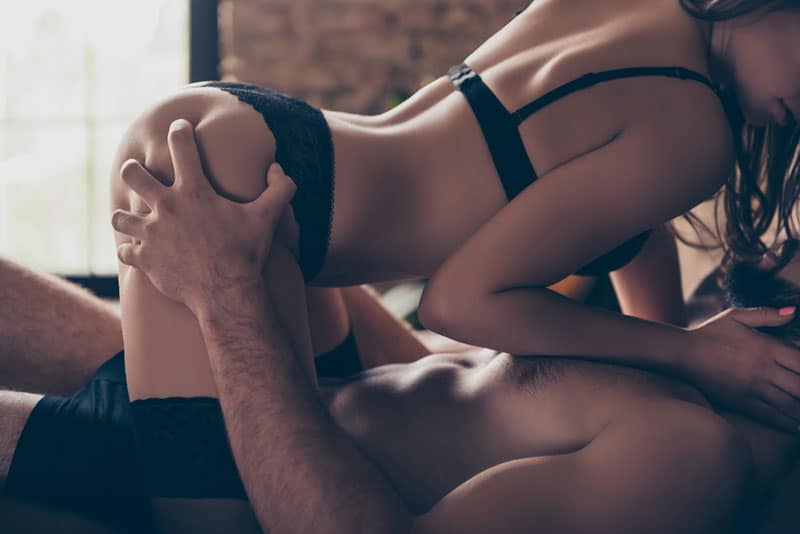 Even if guys always act like someone who is strong all the time, they would sometimes love to give that role to a woman in the bedroom.

They would like their partner to be the dominant one and to make a scenario that will sweep them off of their feet.

They don’t want to be the ones who always have to work hard to get pleased, but they actually sometimes want others to prepare everything for them.

And all they will need to do is to relax and enjoy!

They would want to have sex with an acquaintance 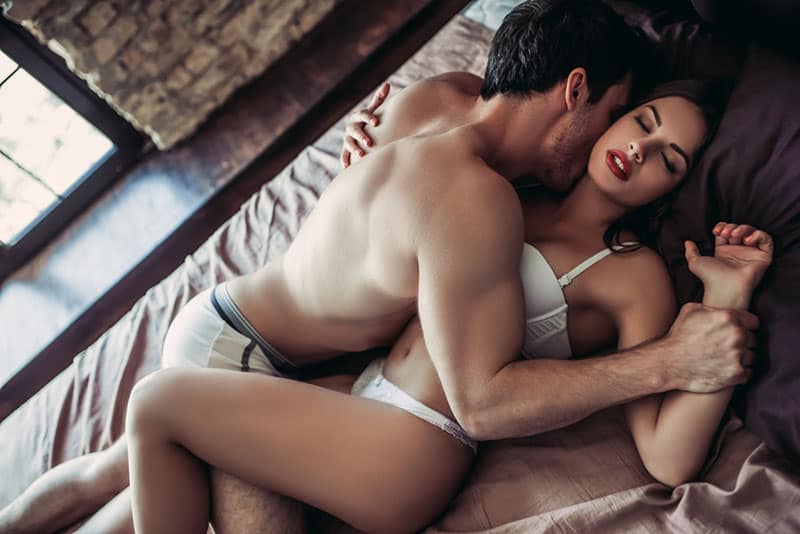 Even if some guys are in long-term relationships, they sometimes fantasize about having sex with girls they know.

That is simply something they can’t control, and even if some of them don’t want to think in that way because they don’t want to hurt their partners, they simply can’t do it.

It is a part of their DNA, and no matter what they do to suppress it, they can’t.

The catch is that they would love to see if those girls they know would be so swept off their feet with the things they can offer in bed.

They would like to try sex with an experienced woman

Even if you think that guys like younger girls, some of them are still into having sex with Mrs. Robinson.

They would love to be with an experienced woman who knows her body so well and who knows how to satisfy a man.

They believe that they can learn something from a woman like that, and that is an experience they definitely want to try.

And I don’t need to mention that an experienced woman will go the extra mile because she got lucky to catch such a young guy.

They would love to have sex with a virgin

You see, it is quite important for guys to be the first man in a girl’s love life. No man wants a girl who has slept with a lot of guys.

They want someone who doesn’t have so much sex experience.

So, having sex with a virgin is the ultimate goal that all of them would be so proud to achieve.

In a sexual act like that, every man will feel special because he is the one taking away something that can be taken only once and that a woman was keeping for herself for such a long time.

One of the most common fantasies is the one including women like nurses, teachers, librarians and so on.

There is simply something alluring in the clothes they wear that makes all men lose their mind.

I must admit that it is not easy to control yourself when you see a teacher taking off her glasses and asking you if you were naughty.

I bet all the guys would accept someone like that to spank them all night long!

There is something attractive in public sex. The two of you partly naked, watching if someone will catch you, while trying to satisfy each other in all the possible ways.

Most men fantasize about this particular thing just because it is forbidden.

I mean, it is not forbidden to have sex outdoors, but it is forbidden to do it in places where others can easily see you.

And that is all the beauty of it. Trust me, all those who’ve tried it know what I am talking about.

They would like to have someone who is open-minded about things like that, so they can experiment with them.

That’s why some men cheat on their partners with women who are freer to try new things. (I know, what bastards).

But in the era of modern dating, everybody tries to find their best matches, and unfortunately for some men, the highest criteria is if a woman is good in bed or not. 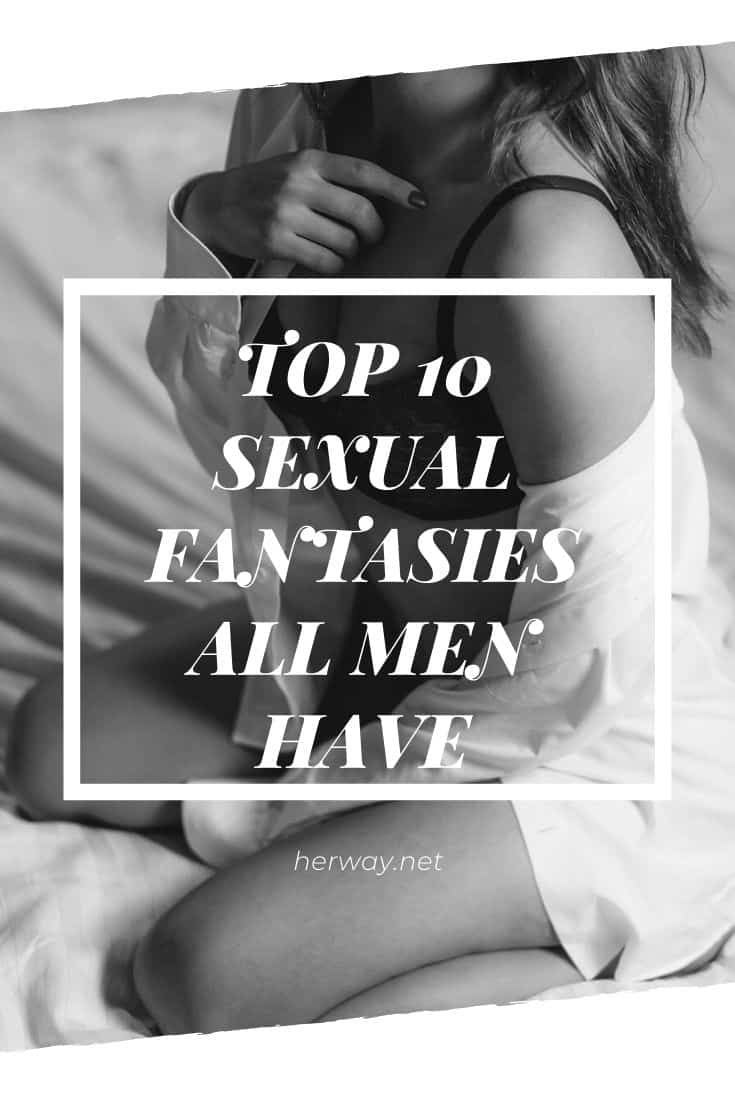