One of the most intense, most intimidating personalities of the zodiac… Ladies and gentlemen, I present to you the triple Scorpio.

If you’re a triple Scorpio, you probably already know what it is but, in a nutshell, it’s when you have all three placements (the Sun, the Moon and the Ascendant) in one zodiac sign. In this case, in the Scorpio sign of the zodiac.

Regardless whether you’re a Scorpio woman or a Scorpio man, if you’re a triple Scorpio, you’re unique in every possible way. Now, let’s find out more about those amazing triple Scorpio traits.

These are the things you should know about the triple Scorpio personality and character: 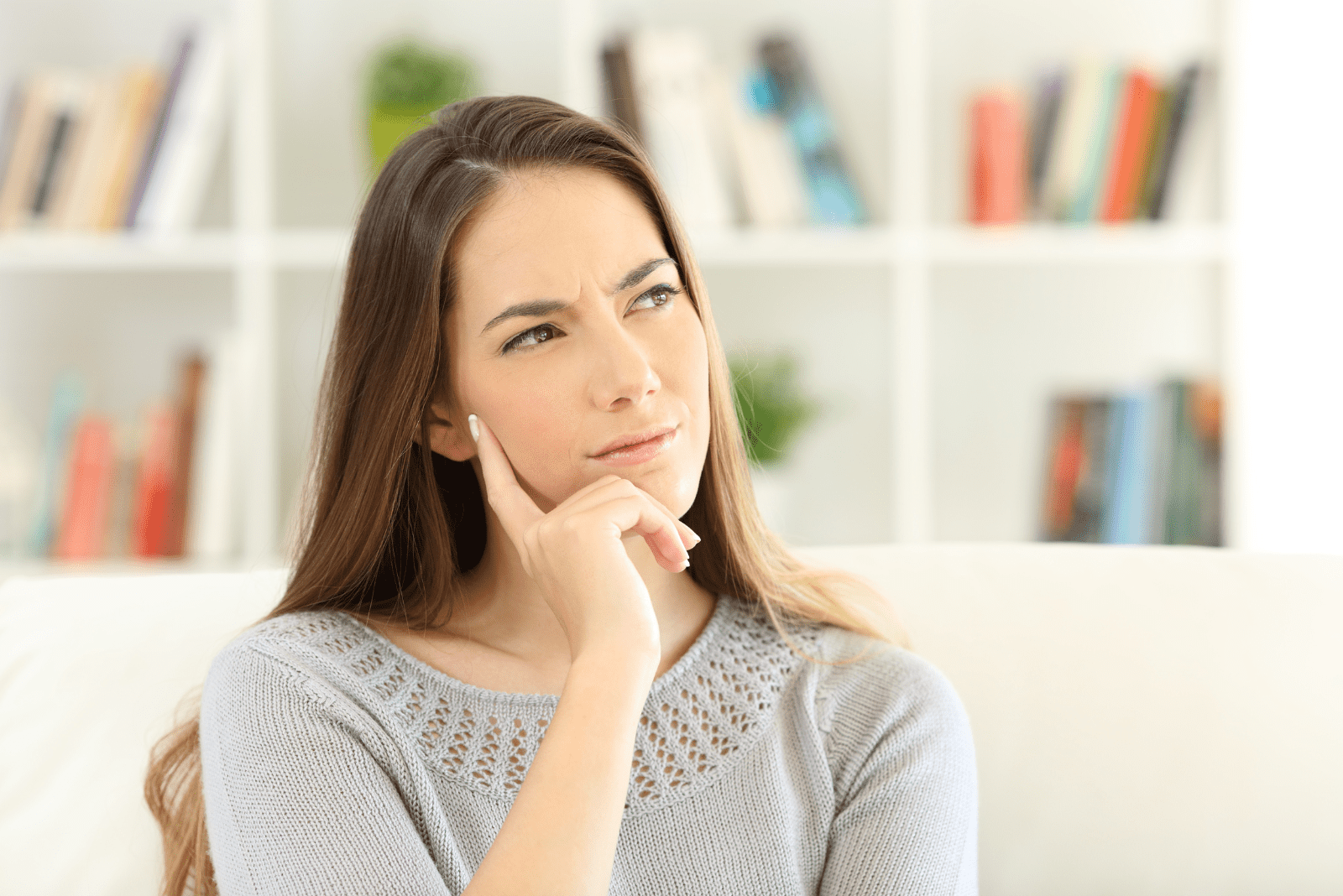 The thing we all know for sure about people born under the sign of Scorpio is that they aren’t party animals. They like to hang out with their loved ones but those huge getting-togethers simply aren’t their thing.

They also don’t like one-night stands and casual relationships. And the same thing is with triple Scorpios.

They also prefer long-term relationships and peaceful nights with their small circle of friends. It’s because they care about stability and security in life. All they want is to surround themselves with a small group of people who will understand them and have similar perspectives of life.

That’s probably a reason they get along with people born under the Taurus and Virgo sun sign because they also crave commitment and stability in all aspects of their life.

2. In love with romance

A triple Scorpio is very romantic and they’ll do absolutely everything to make their partner feel loved in a relationship. This is especially true for those with Venus in Scorpio.

They’re the most passionate lovers and they thrive on making small romantic gestures for the ones they love. It’s like they never get tired of proving their love to their significant other.

3. Everything about them is mysterious

This actually shouldn’t surprise you because, after all, Scorpios are ruled by Pluto, the planet of darkness and mystery.

Their mysterious and cool interior is actually what attracts other people the most. If you want to get to know them and unwrap that veil of mystery around them, you’ll need to spend so much time with them, get them to trust you and bond deeply with them. 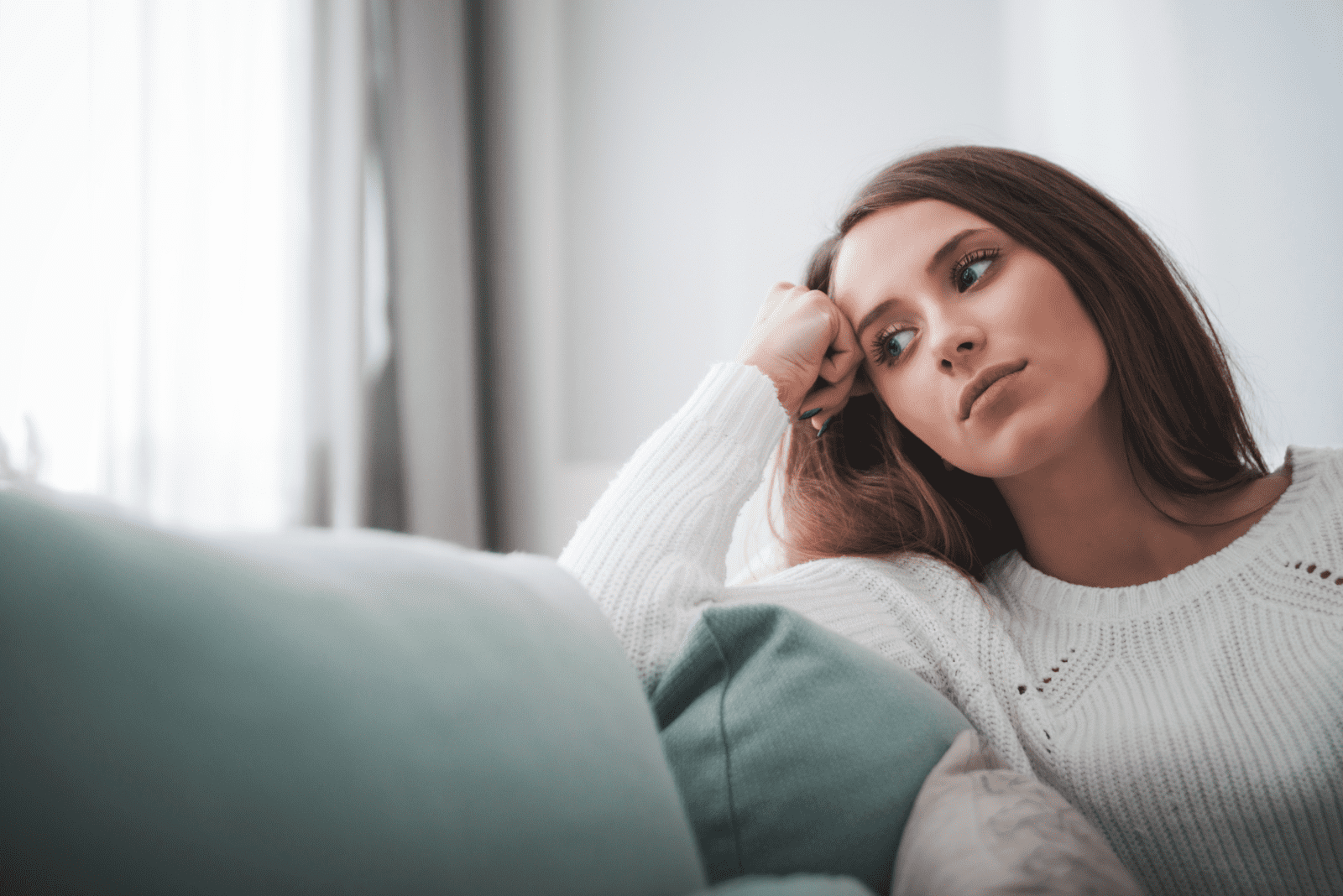 Triple Scorpios have a hard time dealing with their emotions because they can get pretty intense. Well, that’s not actually a wonder because, after all, Scorpio is a water sign.

Their intense emotions harm their social life and can be obstacles in their love life, too. They get overwhelmed by different emotions and, unfortunately, it’s why they cope with depression and similar mental health issues so often.

Do you know why triple Scorpios don’t like to meet new people or surround themselves with too many people? It’s because they struggle with trust issues.

It’s very difficult for them to trust someone new because they always have that fear they’ll end up hurt and used. Their partner will have to try very hard to prove to them that they’re trustworthy and to get them to trust them.

However, once that trust is built in the relationship, Scorpios really becomes the best partners ever. They protect their partner and are loyal to them till the very end.

Triple Scorpios are, unfortunately, often misunderstood by so many people. Just because they have that intimidating interior, it doesn’t mean they’re like that on the inside.

It’s a facade they use to prevent some bad people from coming too close to them. They’re actually very gentle and sensitive on the inside and only their closest friends know their true face.

Scorpio energy is pure and powerful, but it even gets intensified with a triple Scorpio. They simply radiate with a bit of dark but powerful energy and it’s probably what attracts people to them.

It can be very difficult to deal with triple Scorpios sometimes because you can never be sure what their reaction or their next step will be. You need to pay attention to the way you behave and talk around them because their temper might get too bad, too fast.

This doesn’t mean that their partners need to walk on eggshells around them all the time. Once triple Scorpios engage in a serious relationship with someone whom they trust and love, they’ll learn to handle their temper and channel their intense energy. 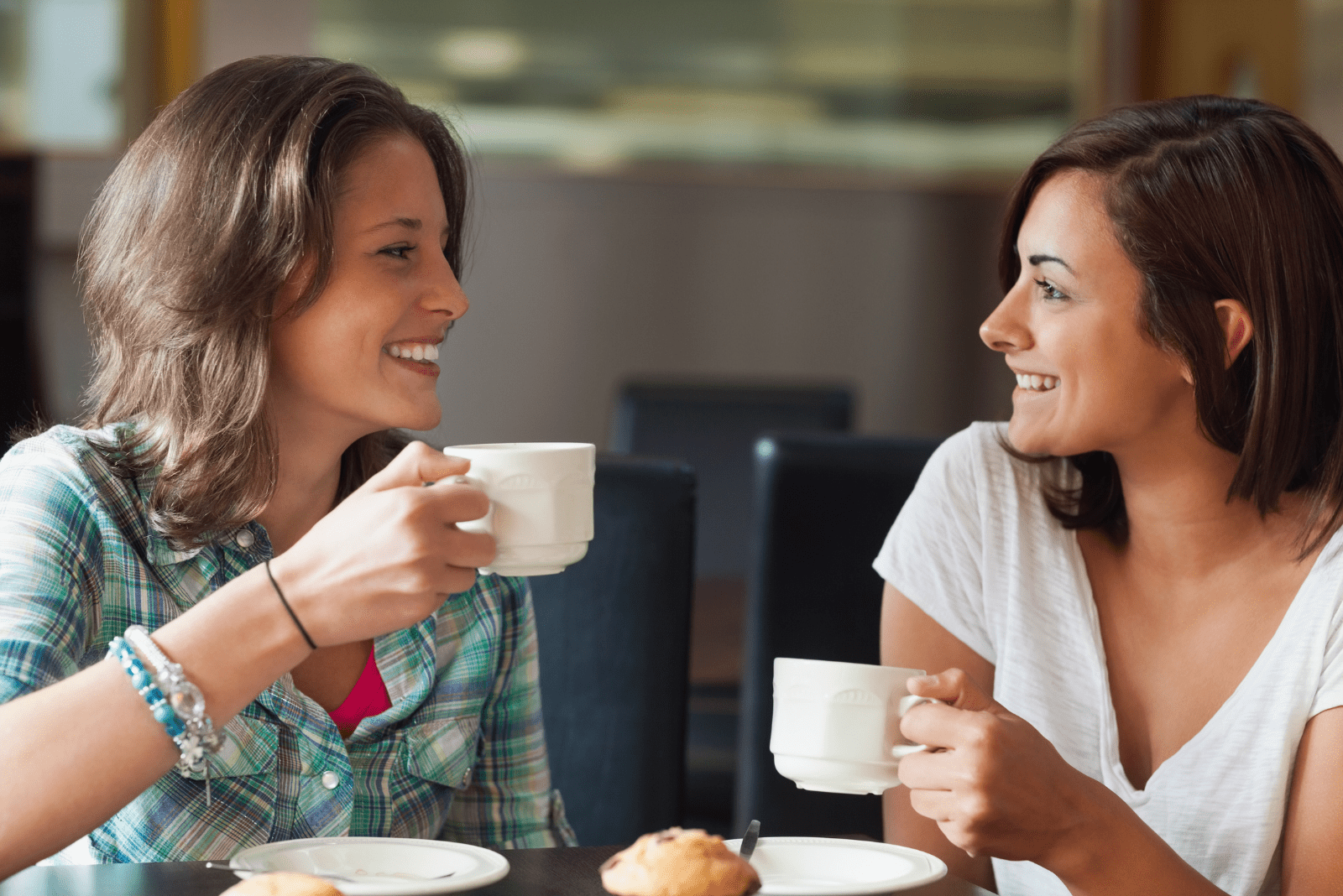 People born under the sign of Scorpio are one of the most intuitive horoscope signs. However, those intuitive powers get even more powerful with triple Scorpios.

They simply have that ability to see through people. They can recognize bad, toxic and fake people and they keep them away from their own life.

It’s probably also because they belong to water signs and are highly emotional. That ability to read other people’s minds is fascinating and it greatly helps them maintain a healthy relationship with their loved ones.

Unlike Aquarius and Sagittarius, which are the most forgetful zodiac signs, people born under the Scorpio star sign rarely forget and forgive others. And the same thing is with triple Scorpios.

If they really love someone and that person hurts them, they’ll try to move forward to keep that person in their life but they’ll hold grudges forever.

No matter how much they love that person, they’ll never be able to forget them for their wrongdoings and they’ll be reminding them of their mistake.

Even though a triple Scorpio looks so intimidating and is both emotionally and mentally strong, they also have their fears and tantrums. And the thing they’re afraid of the most is change.

They try very hard to hide their fear of the unknown but sooner or later, it comes out on the surface. They have a hard time dealing with changes even though they’re aware that change is necessary and unavoidable.

They always make plans for the future and like to have everything figured out. And once a change hits them all of a sudden, they immediately get a panic attack.

See also: Chiron In Scorpio – Healing The Wound Of Intimacy 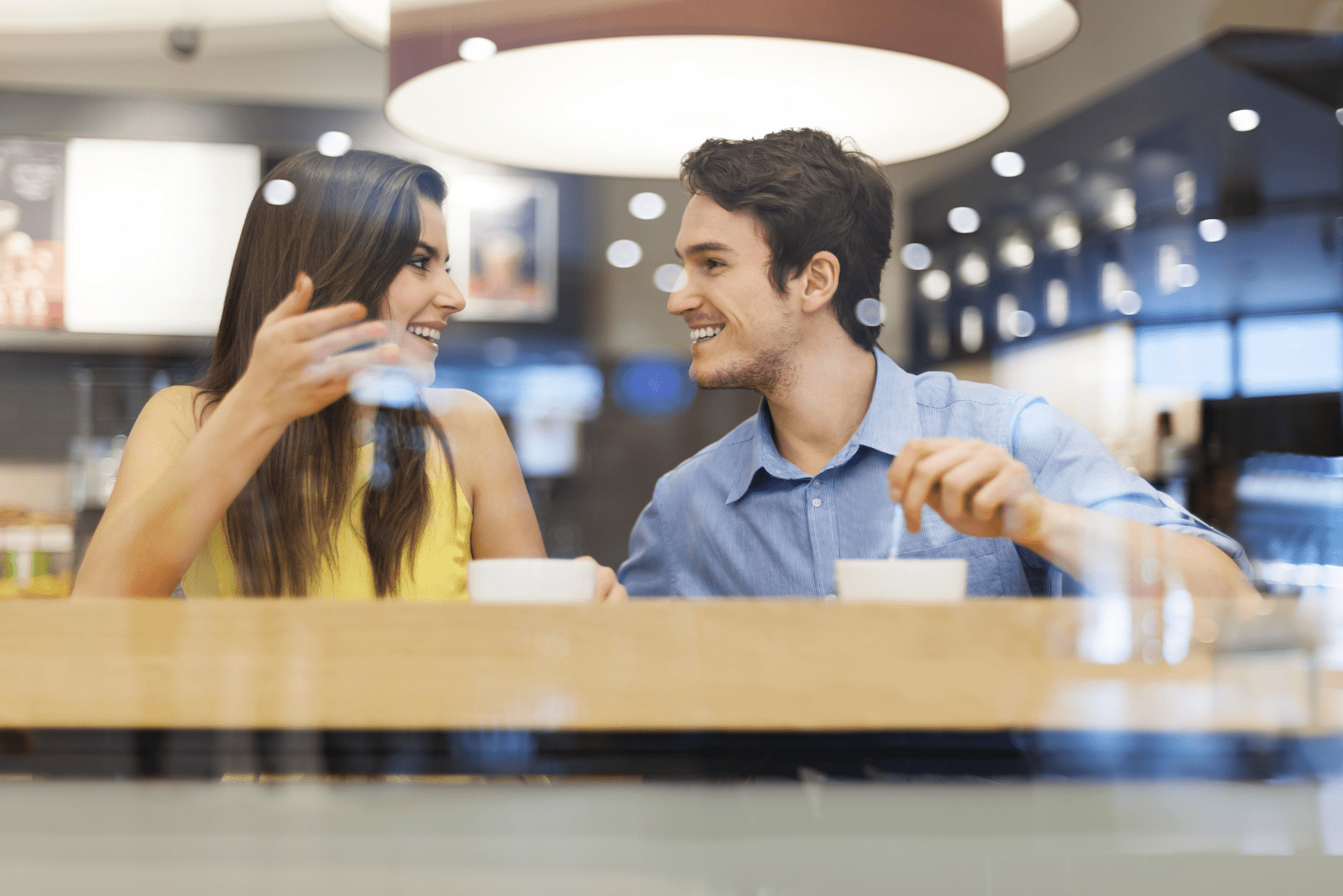 When it comes to synastry (the relationship compatibility) a person who has the Rising, Sun and Moon sign under Scorpio, definitely function the best with other Scorpions ?, Capricorns, Pisces and Libras.

On the other hand, Sagittariuses, Geminis and Aries are by far the worst matches for a triple Scorpio. People born under these horoscope signs simply aren’t able to cope with a triple Scorpio’s energy and they will never be able to understand their unique personality.

What Is A Triple Scorpio?

A triple Scorpio is a person who has the Sun, the Rising (Ascendant) and the Moon in the Scorpio zodiac sign. This means that person truly has a unique personality.

What Does A Scorpio Stellium Mean?

If one zodiac sign has a big influence over your birth chart, that is, if you have your Sun, Moon and Ascendant in one sign, then you have a stellium of that sign.

A stellium is formed when a few planets are clustered in one sign. Having three or more planets and placements in one sign gives you intense energy and it also makes some of your personality traits stronger and more powerful than the others.

It’s not very common to have a Scorpio stellium, so if you have it, you should consider yourself lucky. Your tarot and birth chart are unique and your personality is definitely one of a kind.

You have figured out what a triple Scorpio is? I hope you did and if your Sun, Moon and Rising sign are placed in Scorpio, you should consider yourself lucky because you have one of the most unique, powerful and intense personalities.

And if you’re dealing with a person who is a triple Scorpio, I need to say good luck because it’s not easy to deal with such a person. Their energy is too intense and it’s definitely not easy to follow their life tempo.

However, there is so much more to the triple Scorpio and they’re truly special human beings. 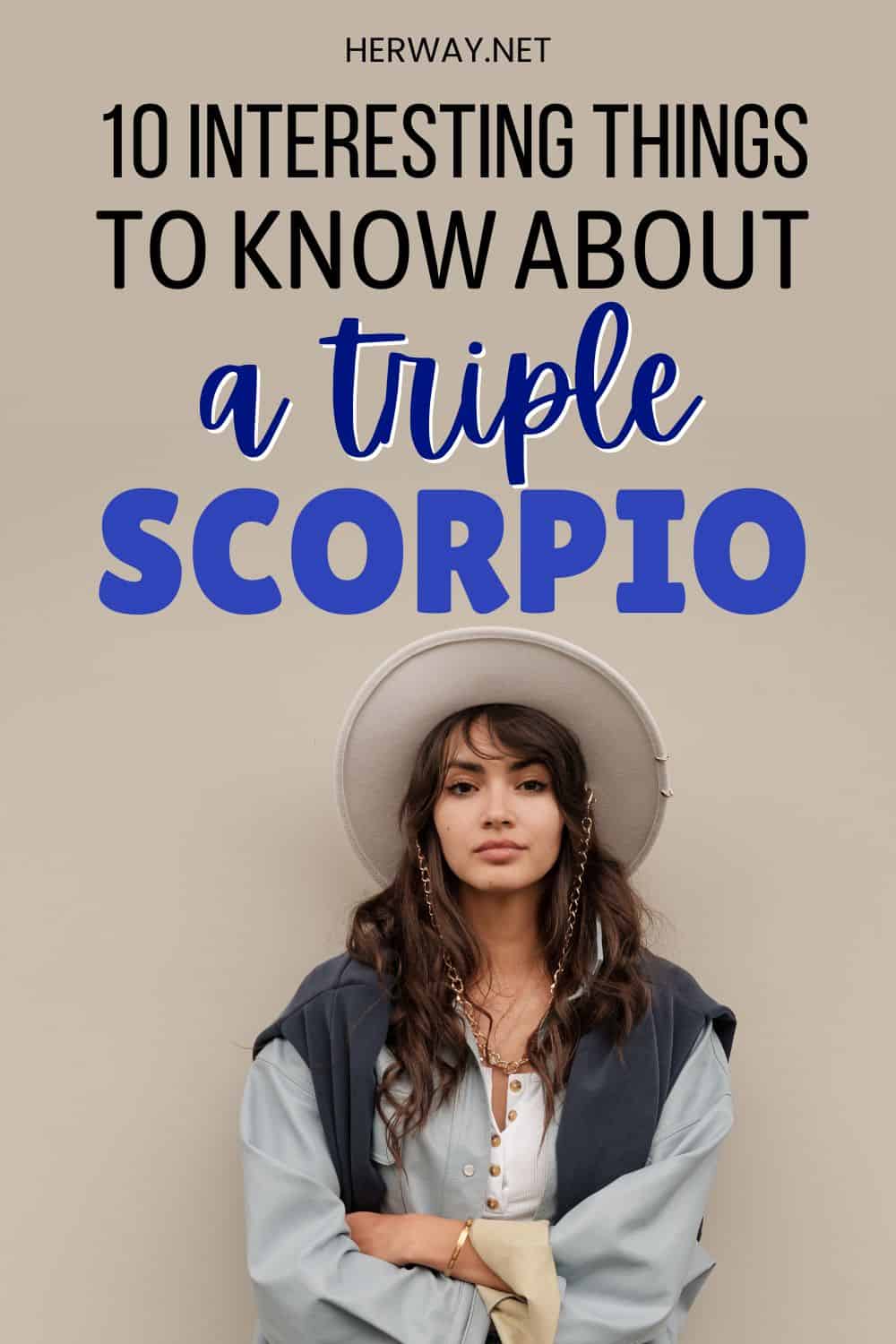 […] Related: 10 Interesting Things To Know About A Triple Scorpio […]