The Meaning Of PDA 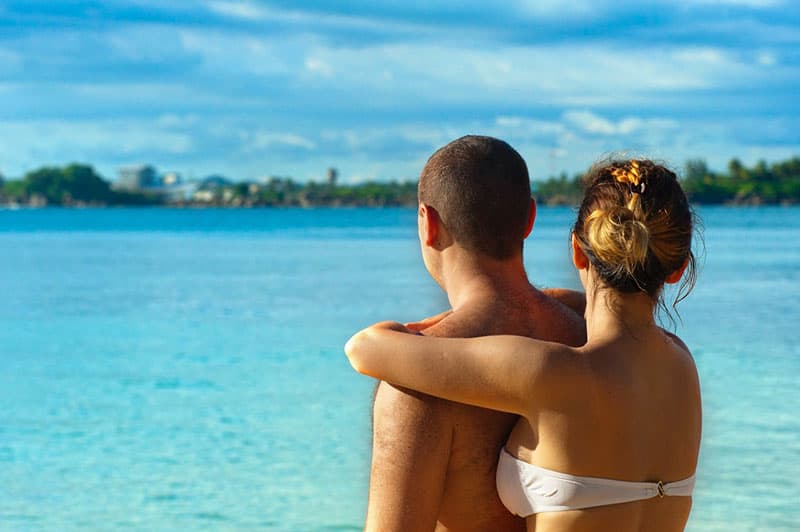 I’m sure you’ve already heard of the term PDA and you couldn’t help but wonder: “What does PDA stand for?”

So, what does PDA stand for? The definition is pretty simple-it is an acronym for public displays of affection.

According to acronymfinder.com, besides this definition, PDA can stand for a number of other things such as: 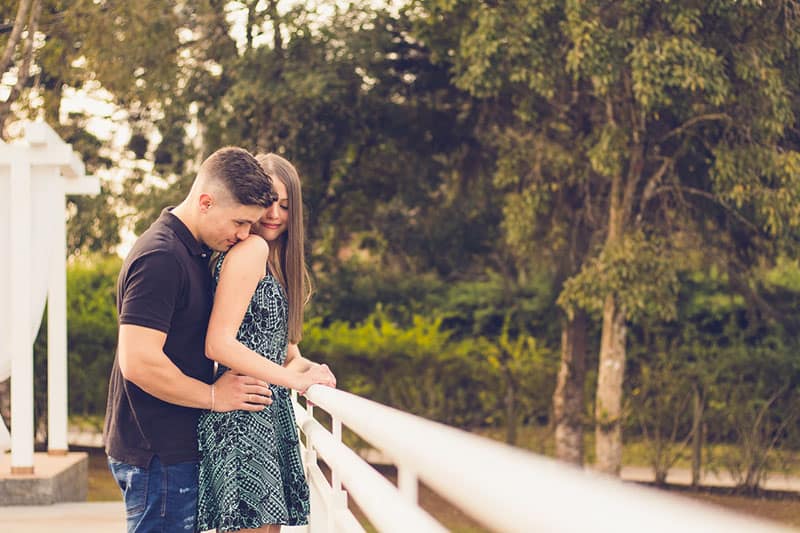 – pathological demand avoidance (a medical condition which is part of the autism spectrum and is characterized by a patient’s need to avoid all types of demands),

– panic disorder with agoraphobia and so on.

What Does PDA Mean In A Relationship? 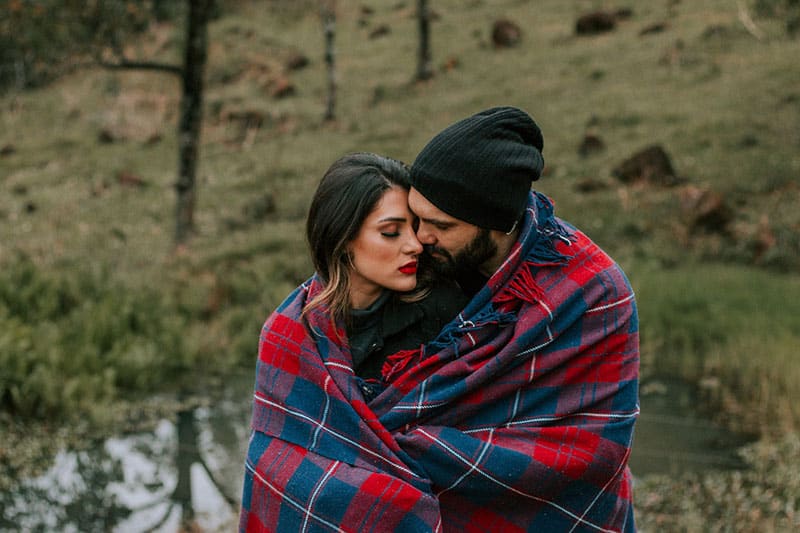 However, I’m sure you’re not interested in any of these meanings and nor do you want to know more about them.

In fact, you’re concerned with what does PDA mean in dating, what is its importance and how it can impact your romance.

Of course, these public displays of affection we’re talking about here don’t include having intercourse with your partner in the middle of the street just because you’re turned on at that moment and because you feel like it.

Moreover, they don’t include any type of sex or petting; it is an acronym for showing affection and for lighter physical touch which is socially acceptable to perform in public, such as kissing, hugging, cuddling, hand-holding and other forms of subtle touching. 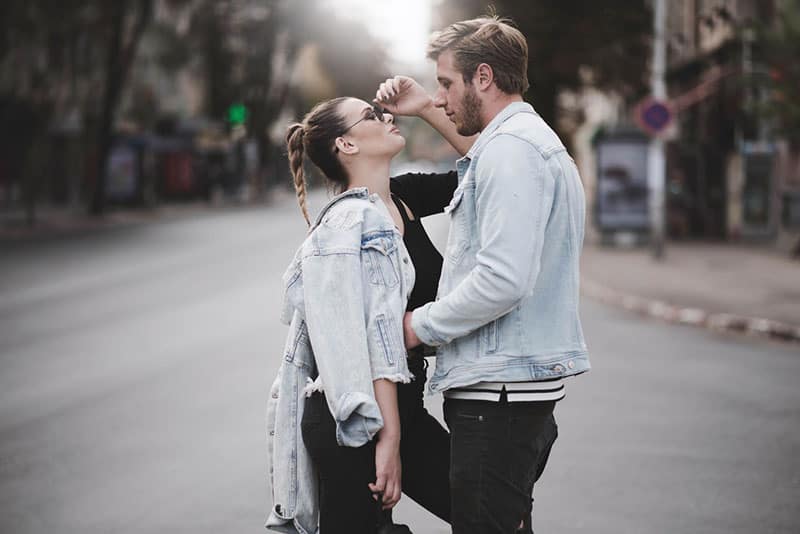 Now that you’ve figured out what does PDA stands for, it’s time to deepen your knowledge regarding this subject.

What is important is for you and your partner to have PDA compatibility. It means that you two have a similar opinion on how much PDA is enough and where the line is that you shouldn’t cross.

The same goes for having the need for touch in general.

There are some people who don’t crave their other half’s presence all the time and they don’t have the desire to constantly touch them but it doesn’t mean that they don’t love their significant other enough or that they don’t find them attractive.

On the other hand, there are some who use every opportunity they have for kissing, cuddling or holding hands with their loved one.

So, the problem occurs when two people don’t perceive the importance of physical touch outside of the bedroom in the same manner. 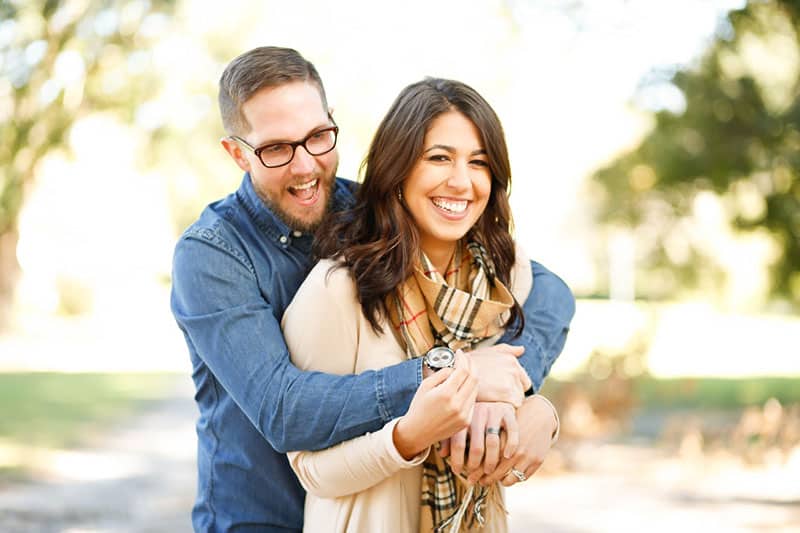 It’s the same with PDA compatibility. When you’re publicly displaying your love and affection, it is important for both parties to feel completely comfortable while doing so.

Therefore, you can’t be all over your partner and enjoy the fact that you have a chance to touch them while they’re embarrassed and are obsessed with what other people might say.

It goes the other way around, as well; it is not cool to never respond to your significant other’s displays of affection just because that is not something that fulfills you despite knowing that your rejection will make them feel emotionally neglected.

Knowing all of this, you realize the importance of being in a PDA-compatible relationship.

Of course, something like this shouldn’t be a dealbreaker when it comes to starting a new romance but your differences in this field can certainly bring you more troubles in the future than you might think. 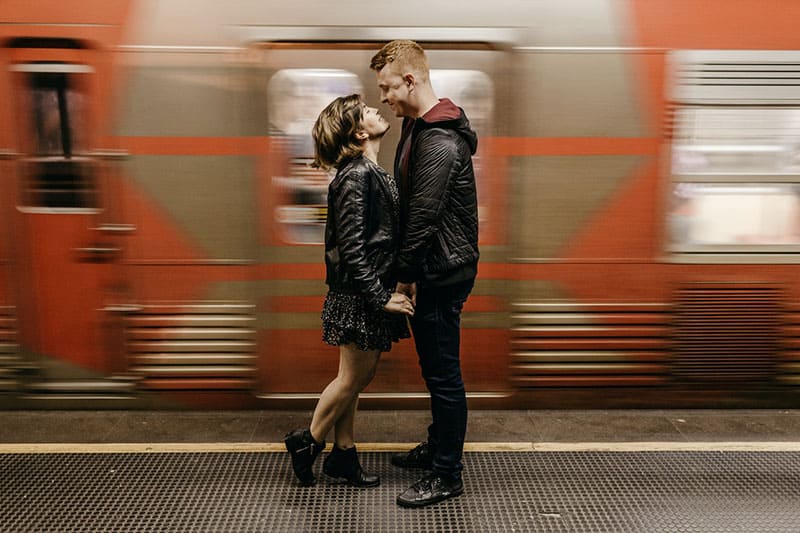 There are numerous beneficial effects that public displays of affection such as hand-holding, kissing or hugging have on every romantic relationship.

Here are 4 reasons why it’s good for you and why you should practice it as often as possible.

1. It makes your bond stronger 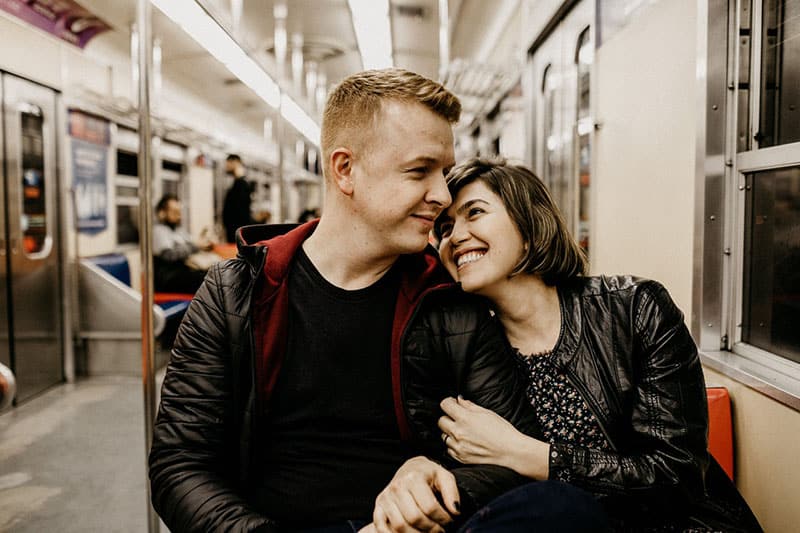 Even though light physical touches appear to be irrelevant, the truth is that they deepen the emotional connection between partners.

You see, intimacy is much more than sex and the bond between two people is formed throughout every second of their relationship—not just in the bedroom.

Sometimes, just being near your loved one makes you feel more peaceful and relaxed.

Holding their hand gives you the feeling that everything will be all right and that you’ll manage to solve all of your problems, no matter how big they are.

Besides, you can have sex with someone you don’t love. However, it is quite unlikely to quietly spend an evening at a coffee shop just holding hands with a person you have no deep feelings for. 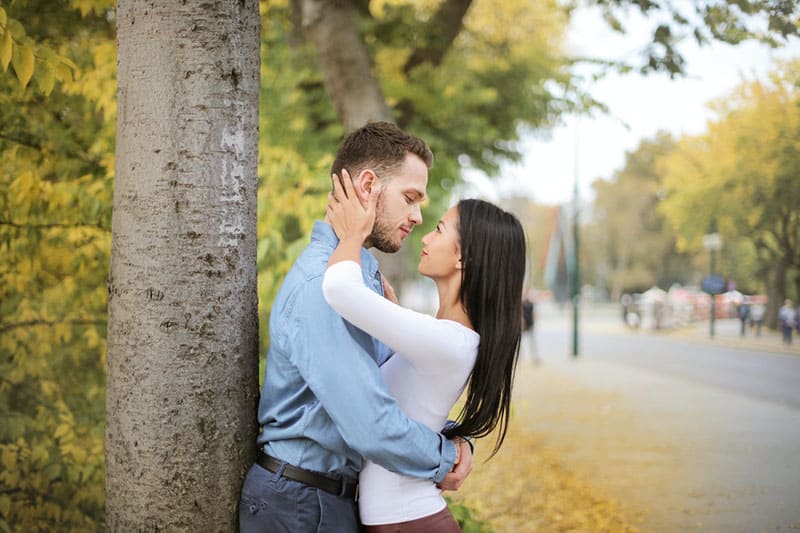 Whether we like to admit it or not, a PDA is one of the signs that two people are in a relationship.

It is one thing if you have sex almost every night in the privacy of your own home and then pretends not to know each other when you meet the next morning and it is completely different to hold hands or kiss in public.

When the latter starts happening, it puts a label on your relationship and it gives you and your partner the title of boyfriend and girlfriend.

After all, you won’t be cuddling in front of the entire world with someone who is nothing more than your booty call.

Public displays of affection show the other person that you’re proud to be with them. A PDA gives them a special place in your life and it means that you want to shout to the entire world that they’re yours.

3. It sets a good example 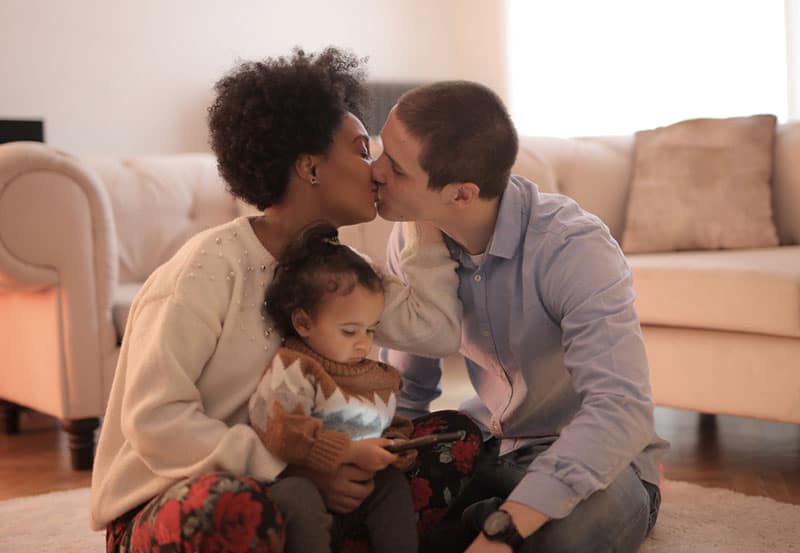 In olden times, it was considered inappropriate for kids to see their parents kiss or show any other display of love.

Well, now experts beg to differ; in fact, they claim that this is actually a good example for everyone around the couple, including their children.

Naturally, you won’t exaggerate in front of just anyone (and especially in front of minors) but it has been proven that kids who grow up watching their parents show affection to one another become more emotionally stable.

They learn to express their emotions, without considering them weaknesses and have a better way of handling them in adulthood.

4. It gives you the validation 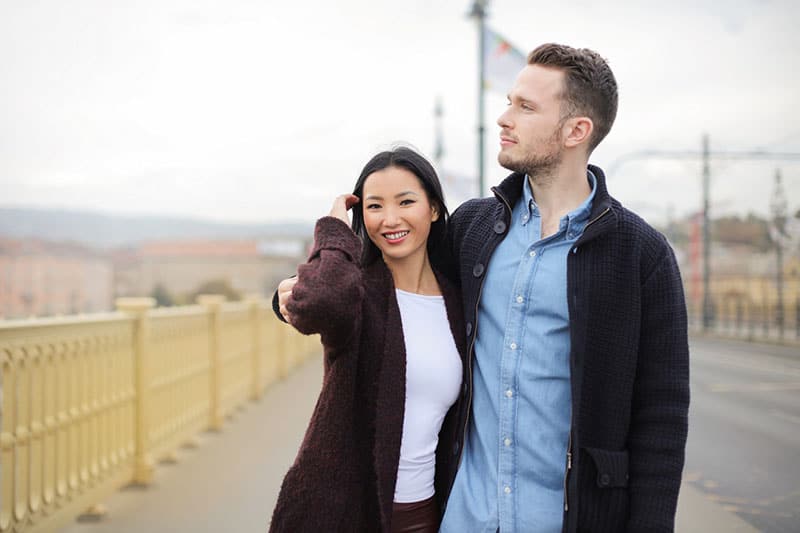 Another benefit of a PDA is that it gives you validation. This is especially important when you don’t know where you stand or when you’re trying to examine the other person’s feelings.

For example, when you’re flirting with someone and they ‘accidentally’ break the touch barrier, suddenly, things between you become more clear.

The same goes for all of your situationships—if your almost partner kisses you without hiding it, they’re telling you that you matter to them.

How Much PDA Is Okay? 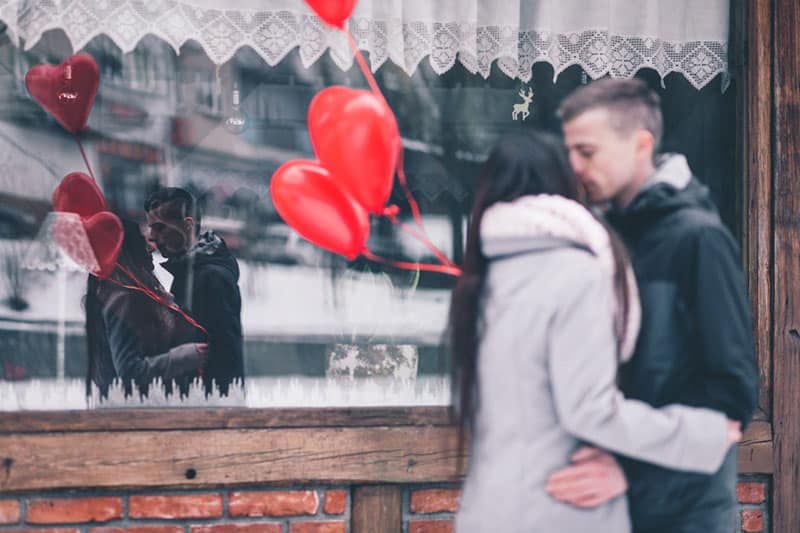 Well, nobody can actually tell you how acceptable a PDA is.

After all, we all have a different perception of things and for some, it is too much to gently kiss their partner on the lips in public while for others, being all over each other is not something they think they should be ashamed of.

Therefore, the most important thing about a PDA is not to cross your or your significant other’s personal boundaries, to reach a compromise and find a middle ground about the levels of public displays of affection that make both of you feel comfortable.

Also, pay attention not to be rude or disrespectful.

The last thing your friends and family want is to spend the night with you and your partner, watching you make out right in front of them the entire time. 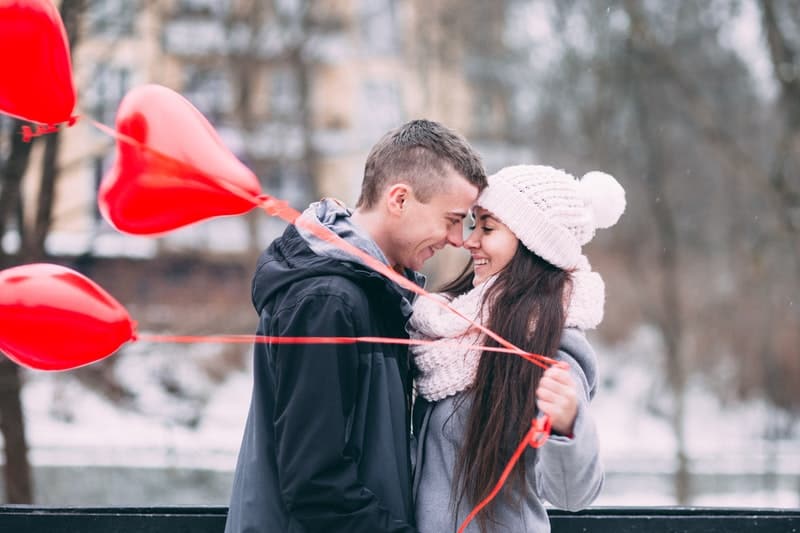 Another criterion that will help you make a decision regarding the levels of PDAs is the occasion and the place where you currently are.

First and foremost, you have to respect the rules in certain institutions or foreign countries where even the lightest displays of affection, such as hand-holding, are not welcomed.

So, you definitely won’t, for example, visit a religious place or a courthouse and make out all the time.

On the contrary, when you two are, let’s say, in a club, there is nothing wrong with dancing in a more intimate way.

However, even there, you should be careful not to let alcohol push you over your limits and cause you to embarrass yourself.

What Does It Mean When Your Partner Avoids PDAs? 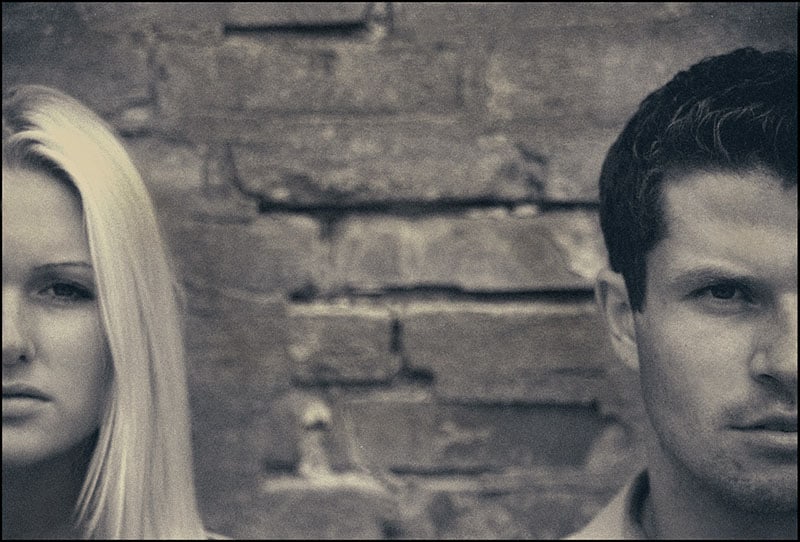 I’m not here to burst your bubble but the fact is that people who hide their partner do their best to avoid any type of public display of affection.

Maybe your partner is secretly taken or married, so they can’t afford to be seen holding hands with you in public, maybe they have a few parallel relationships so they don’t want to risk whatever they have on the side or they want to present themselves as single. 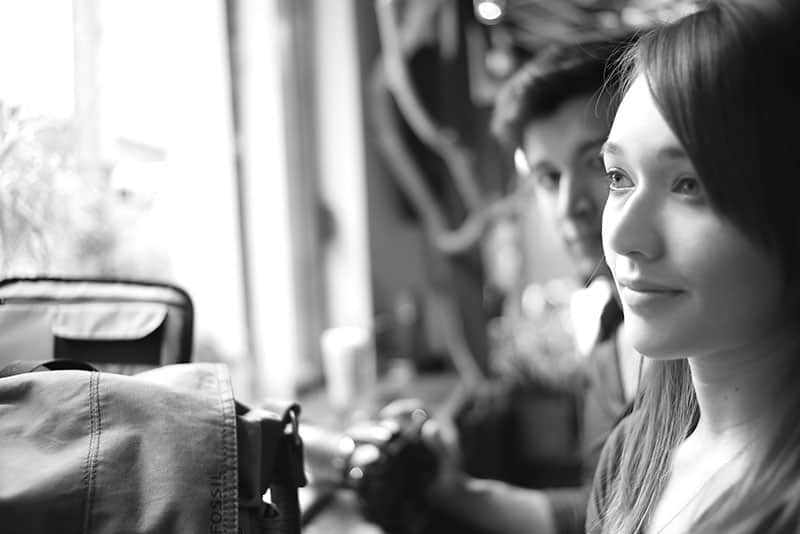 Another reason why your partner might be reluctant to display affection publicly might lie in your PDA incompatibility.

As already stated, not everyone has the same desire for physical touch, let alone to perform it in public.

So, there is probably nothing you should be worried about; just wait until you two are alone to get all over them.

3. They don’t like/love you 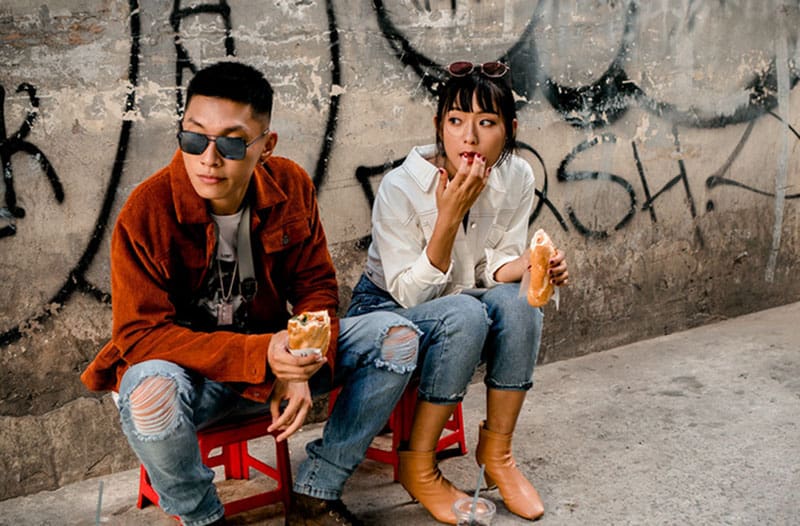 If we’re talking about someone whose emotions you’re trying to figure out and who doesn’t give you any positive feedback when it comes to physical touch, the harsh truth is that they probably don’t like you the way you like them.

It is possible that you misinterpreted their friendly behavior and saw it as something more than pure politeness.

On the other hand, if you’re dealing with a partner who stopped displaying their affection publicly out of the blue but had been hugging and kissing you in front of everyone ever since you can remember, maybe they’ve fallen out of love with you, without even being aware of it.

Their body simply doesn’t crave yours anymore and the passion is gone.

Now that you’ve found out what does PDA stands for, it is your job to figure out how much PDA is appropriate.

Besides, you have a chance to read through your partner’s behavior based on the amount of public affection they give you. 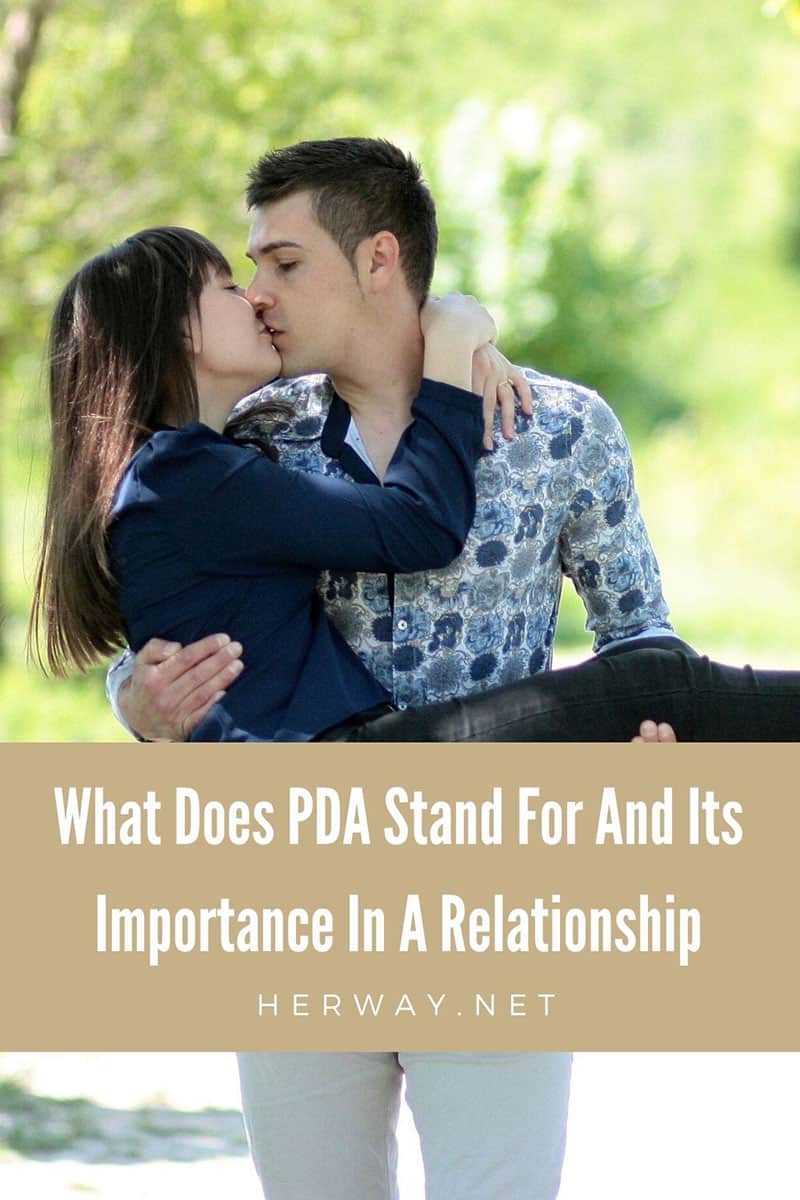 What Are Low Key Relationships? 11 Reasons To Keep It Private

[…] of it in terms of PDA: you might hug your partner in front of your best friend, but making out is probably a little too […]

Why Having A Private Relationship Is The Way To Go

[…] A private couple isn’t into PDA, but in public, they don’t pretend not to know each other. Someone who keeps their partner a […]

[…] some guys hate PDA, and that’s fine. But, if your man doesn’t even want to introduce you as his girlfriend […]