Skip to Content
Contents show
1 1. I realized what I want out of a relationship
2 2. I learned to put myself first
3 3. I learned I shouldn’t go too fast
4 4. I learned it is not all about physical appearance
5 5. I learned that if I don’t respect myself, others won’t do it either
6 6. I learned to be strong

1. I realized what I want out of a relationship

After my traumatic experience with a fuckboy who took advantage of me, I learned what I really want out of a romantic relationship. I learned that honesty, love, respect, and understanding are things that matter and that you should get them if you give them to your loved one.

But, unfortunately, I was the only one who gave all of this but got nothing in return. That’s why I will never ignore all those red flags telling me that I should be more careful. Next time, I will choose more wisely.

2. I learned to put myself first

In a toxic relationship like that, I learned that putting first someone who doesn’t even give a damn about you is the worst thing you can do to yourself. That’s how I learned that I need to start loving and respecting myself and that I should give my trust to the ones who work hard to earn it.

Now I know that self-love is not something selfish and that you really need it to be capable of loving others. And even though that lesson was rough, at least I will never make the same mistake again.

3. I learned I shouldn’t go too fast

In all my previous relationships, I moved too fast, dreaming of big things even if I didn’t know my boyfriend very well. That’s what I did with the fuckboy as well. I gave him my love, my trust, and my support. In fact, I gave him all of myself but he never reciprocated in the same way. He ignored me to get my attention.

He played mind games to win me over. And he was damn good at all of that. It surely wasn’t his first time but even if I was bruised and broken, at least I learned a valuable lesson that will save me in the future.

4. I learned it is not all about physical appearance

For some reason, girls always fall for bad boys who happen to look great. They somehow miss all those shy guys who have a lot to offer but who don’t look like top models. That’s how I made the mistake. I fell for a man who had a perfect body but a wicked mind.

And he knew that I would stay with him no matter what he did to me, since I became addicted to him. And I did. Until I found out that he had been cheating on me while we were in a relationship. And with that kind of behavior, he simply crossed the line. After dumping him, I swore that I would pay attention to all guys and not only those who look amazing.

5. I learned that if I don’t respect myself, others won’t do it either

While in a relationship with a fuckboy, I didn’t respect myself at all. He was my number one priority and I did everything to make him happy. But I soon realized I couldn’t live like that any longer, not because I couldn’t but because he didn’t see my efforts.

And when I broke up with him, I realized that whole that time I was with him, I made zero effort for myself. And I changed that. That was the best decision of my life.

6. I learned to be strong

After he broke me, I decided I couldn’t stay down, crying and being frustrated, but that I have to stand up for myself and fight for a better future. And that’s what I did and I still keep doing now. Even though this lesson was extremely painful, it only made me a stronger and better person. 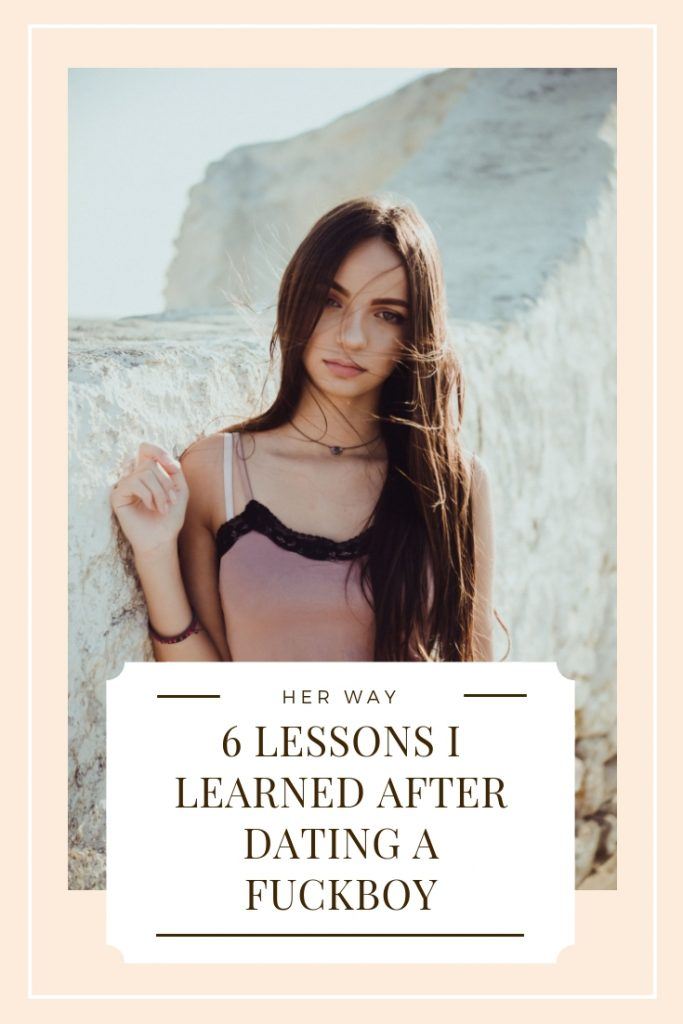 […] aren’t you tired of dating one fuckboy after another? You deserve someone who tries his best to show you he gives a damn about […]