If you are trying to figure out if a girl wants to sleep with you, you need to be aware of the fact that she probably won’t make it so obvious.

Instead, she’ll probably flirt with you, give you body language signals, and send you other clues which will help you realize she is ready to take your relationship to the next level.

You just need to pay attention and focus on the things she is not directly telling you before you decide to make a move.

To be able to read every single one of her cues and present yourself as a man that deserves her and will absolutely make her happy, I suggest you use these scientific methods that are proven to work.

But simply because it might seem like she sees you as an attractive man does not mean she wants to take the next step and get intimate with you right away.

She knows what she wants, and don’t think that you can read her mind and turn her on just like that. 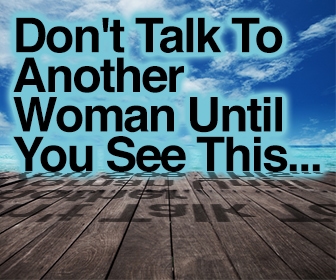 Perhaps she is one of those girls that prefer a little bit of texting (even sexting is an option) to test the waters before furthering her sexual experiences with an alpha male such as yourself.

With Magnetic Messaging you can learn to say all the right things to drive her insane.

If she is really worth the wait, my suggestion is to play it coy for a while in order to get to that steamy, sexy place where the anticipation will lead you to some seriously good sex. But I’m not here to give you dating advice.

I’m here to help you figure out whether you’re still in the friend zone or if your sex life is about to get soo much steamier.

But you need to remember one thing before acting on these signs: even if a woman is sending you all of the signals mentioned below, you always need to respect every girl’s boundaries, and you need to wait for her consent, no matter what. 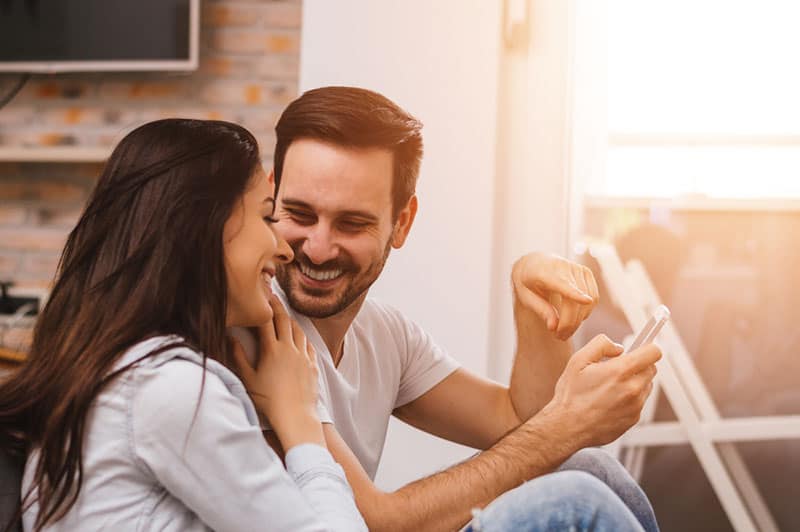 One of the signs a woman wants to sleep with you is definitely the way she touches you.

Of course, everything is clear when a girl touches you in intimate places, but some girls are simply not so direct, and they won’t have the courage to do something like this.

Instead, if you are dating a shy girl, she will probably touch your shoulder or hand when she talks to you or she’ll be constantly touching your face. When she laughs, she could touch your knee or do something similar.

This girl is doing all of this without even being aware of it. It is clear that she is probably too shy to make the first move toward something more, but she also has an uncontrollable urge to touch you in any way, even if it is only like this.

She simply can’t help herself but act in this way due to her strong sexual desire.

Besides, it is possible that this is one of her ways to tease you and to allow herself to feel close to you without actually doing anything direct and concrete.

She is always close to you 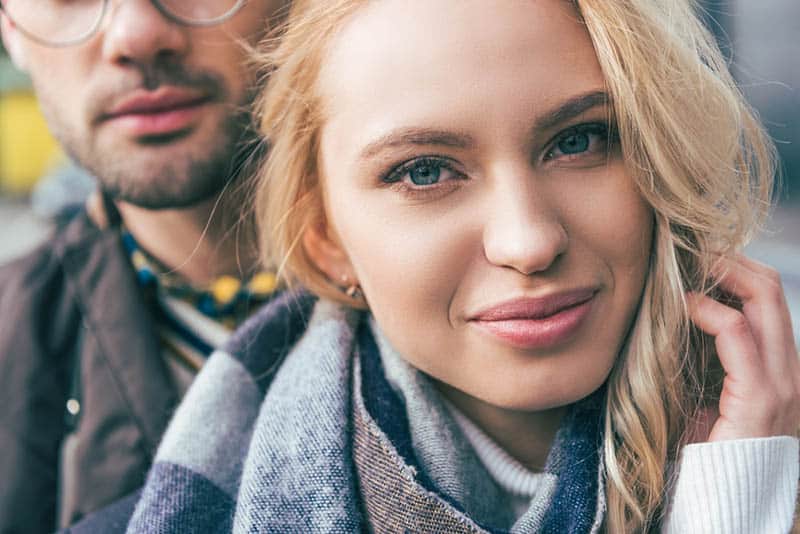 When a girl really likes you and when she wants to take your relationship to another level, she will always find ways to be near you.

When the two of you are with a group of people, this girl will always be sitting or standing next to you.

When she talks to you, she’ll probably do it quietly, in a seductive tone of voice, so you’ll have to go near her to hear what she has to say.

These are also the things she might be doing intentionally to seduce you, without stating clearly that she wants to have sex with you, but she also might be doing them unconsciously, simply because she is drawn to you and because her body has the need to be close to your body.

She stares at you 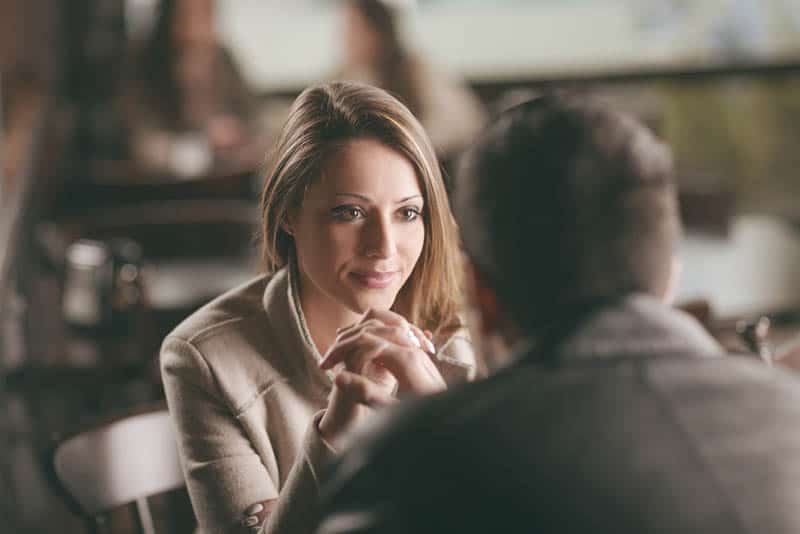 A girl might keep sending you mixed signals. Perhaps she is trying to hide the fact that she is interested in having sex with you because she is embarrassed.

Maybe she doesn’t want to look desperate. However, one thing can’t lie and that is her eyes.

If this girl is sexually attracted to you, she simply won’t be able to take her eyes off you.

You will literally feel like she is taking your clothes off by just looking at you, and you’ll feel sexual tension whenever she looks at you.

This girl will stare at you, and you will be able to see her desire for you with your eyes because that is something she can’t hide.

She will look you deep in the eyes, trying to flirt with you and trying to tell you how much she wants you.

And it is probable that this girl won’t look away when she sees you looking back at her.

Instead, she will continue to stare at you because she wants to make it clear that she is attracted to you.

She is trying to show you that she knows what she wants and that she is not afraid to get it.

She kisses you passionately

So you are in some kind of a relationship with this girl. You are exclusive, you are dating or you’ve just started something. Either way, you’ve surpassed the kissing stage.

You might not know it but the way someone kisses you can tell you a lot about that person’s feelings for you.

This is why you need to pay attention to the way a girl kisses you if you are looking for signs she wants to sleep with you.

If she kisses you subtly or if she gives you a quick kiss, maybe she is not ready to sleep with you just yet.

But if this girl uses every possible opportunity to give you a long, passionate French kiss, it has to mean something because she is obviously trying to show you she is one of the best kissers you’ll meet.

Every time she kisses you, she uses her tongue. She bites your lips, and she acts like she can’t get enough of you. You feel like this girl would kiss you anywhere and anytime.

If this is the case, it is clear that she is more than crazy about you and that she can’t get her lips off you. That is a clear sign she is probably ready for something more.

She dances with you

The same way kissing is important in a relationship, so is dancing because it helps build an emotional connection as well as physical intimacy between two people.

They say that the way two people get along on the dance floor says a lot about the way they will get along in the sheets.

It means you can tell a lot about a girl’s intentions with you according to the way she dances with you.

It is one thing if she tries hard to keep enough space between you guys while you are dancing because this clearly means she wants to keep her distance with you and that she is setting some firm boundaries.

But it is completely different if a girl uses every opportunity to be as close as possible to you while you are dancing or if she sort of cuddles whenever she can.

If a girl wants to sleep with you, she’ll probably dirty dance with you, just so you can start perceiving her as more attractive.

This girl will see dancing as a type of foreplay, and she’ll do everything in her power to use it to her advantage.

Of course, it is possible that she turns you on while dancing and that nothing happens that same night, but there is nothing wrong with that either.

It just means she is probably still not completely ready or that she enjoys teasing you to make this foreplay last longer.

She talks about it 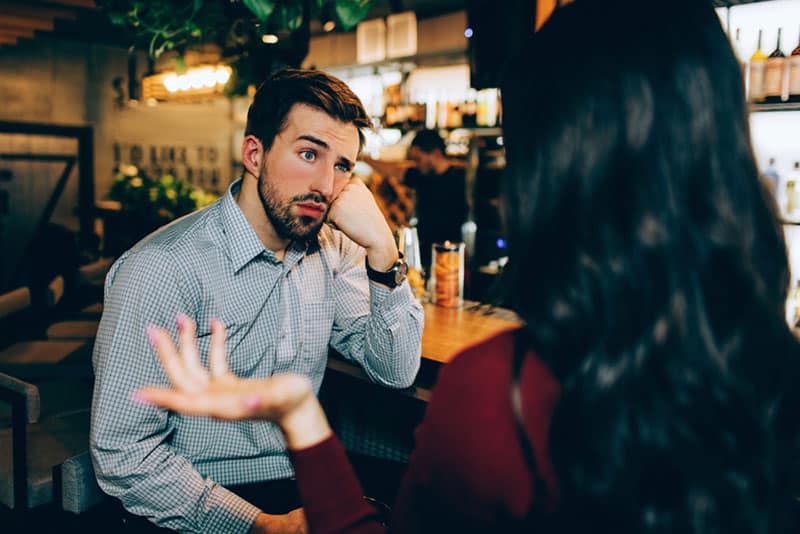 When a girl has the intention of sleeping with you in the near future, she will be interested in many things regarding it, and she will talk to you about sex.

First of all, she will be interested in your sexual history. Don’t think that she will consider you to be a bigger man if you try and brag about the number of girls you had sex with because that will only chase her away.

She will probably ask you about your last break up and how and why it occurred, and also ask more about your approach to sex.

She wants to see if you are responsible enough when it comes to sexual intercourse, if you are the type of man who enjoys talking about how often he gets laid, and so on.

Also, she might engage in some sexual conversations because she is trying to build the tension.

She might sext you or talk dirty to you, telling you what she is wearing or that she had a sex dream about you.

She might talk to you about her favorite sex positions or the craziest place she ever had sex.

It is clear that she is doing all of this because she wants to turn you on and because she is questioning your sexual preferences and sexual history.

That is something she wouldn’t bother doing if she was not interested in sleeping with you.

She’ll invite you to her place

One of the most obvious signs a woman wants to sleep with you is the fact that she invites you to her place or that she agrees to spend time at your place.

You can take this as a huge step forward in your relationship, but never expect sex unless she openly says that she’s into it.

Give a woman time to feel that level of closeness before she decides to go all the way.

Besides, there are so many other fun things you can do with (and to) each other before doing the deed. 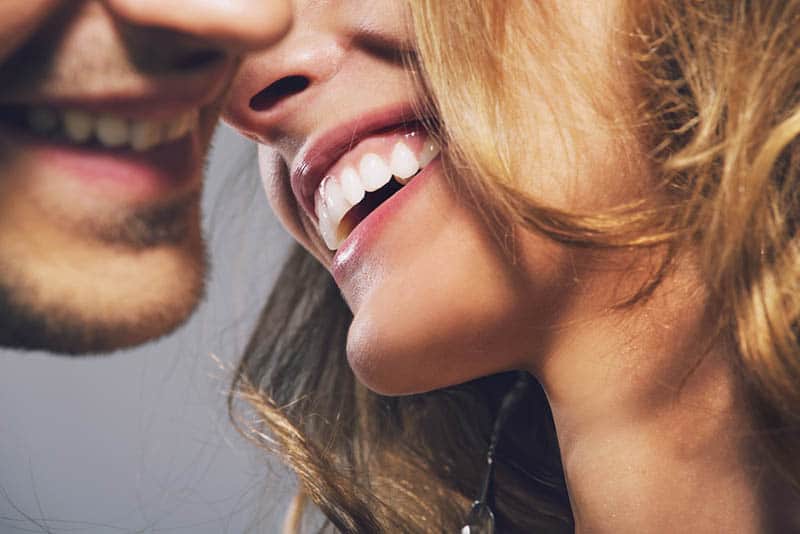 Even if a girl tries to hide the enormous attraction she feels for you, her body language signs will always tell you the truth and will show you that she is into you.

That means that this girl will start to act more relaxed when she’s with you.

She won’t remove your hand from her waist or butt, and she’ll lean on your shoulder more often whenever she laughs at your jokes. She’ll initiate cuddling and do it every time you’re close to each other.

It is obvious that this girl is getting more and more comfortable around you and that she doesn’t have any trouble letting you into her personal space and letting her guard down.

Also, she might blush in front of you if she is shy. This girl bites or licks her lips while looking you straight in the eye or she’ll breathe heavily whenever you two get closer.

It’s simple—her heart rate increases because she is turned on by your presence, and she needs more oxygen when she is close to you.

These are all the things she can’t fake or hide, and they are dead giveaways that she wants to be intimate with you. 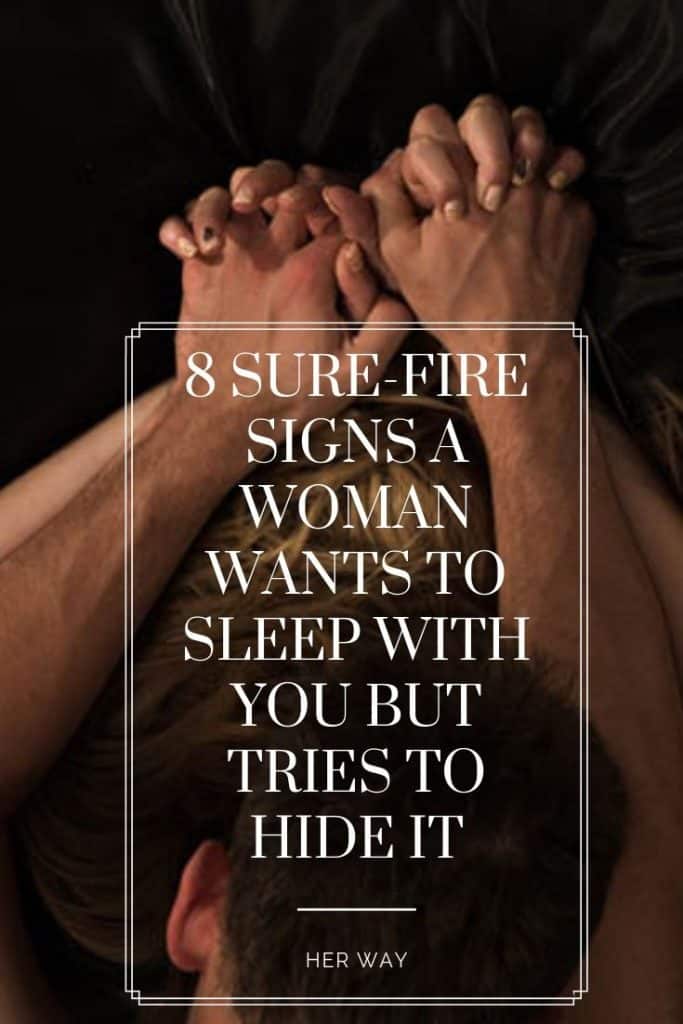