Is Aquarius and Aquarius compatibility high, low, or somewhere in the middle? Well, things aren’t that simple. These air signs get along perfectly physically and intellectually. On the other hand, they struggle with expressing their feelings.

Now, the question is: Are Aquarius signs capable of establishing a healthy and happy union even without a strong emotional connection?

It’s obvious that Aquarius wants a romantic partner who matches their intellectual and communication abilities. Their perception of a strong connection is based on an intellectual conversation.

In other words, they will understand one another perfectly, but despite that, they might have problems with emotional detachment. If you want to learn more about their compatibility in love, bed, and friendship, you’ll find all the necessary information below.

Do Aquarius And Aquarius Get Along? 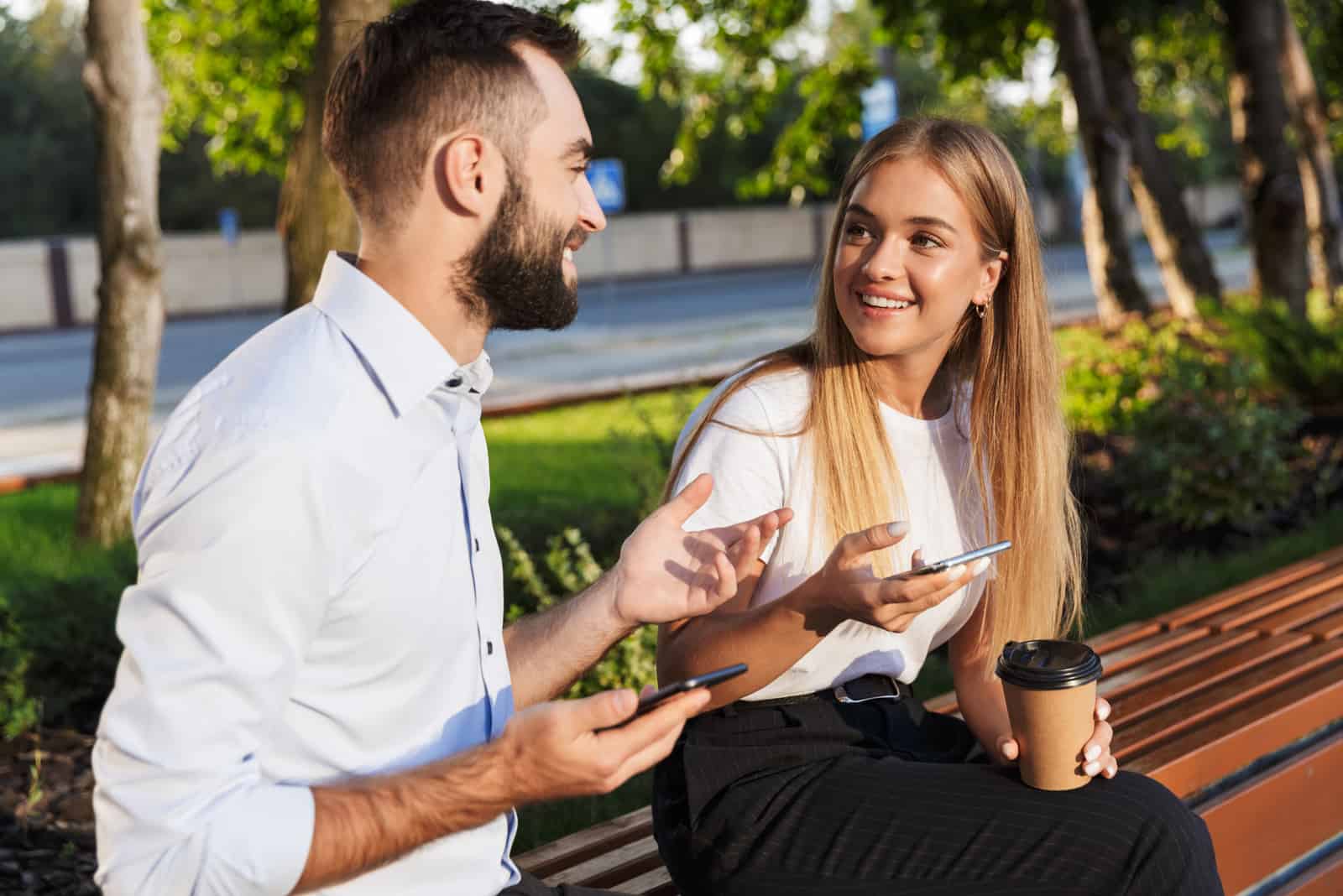 Aquarius and Aquarius compatibility is strongest in communication and physical aspects, while they might have problems with emotional connection. Here are the main features of the Aquarius zodiac sign:

Here’s a legit explanation of that statement:

The air signs (Aquarius, Gemini, and Libra) get along with other air signs and fire signs (Aries, Leo, and Sagittarius). The earth signs (Taurus, Virgo, and Capricorn) are highly compatible with other earth signs and the water signs (Cancer, Scorpio, and Pisces).

The Aquarius sun sign represents original, inspiring, and intellectual individuals. They are highly creative and persistent in all their tasks (which matches their fixed sign trait). Aquarius are also great conversationalists and problem solvers.

Now, when it comes to their emotional side, they are quite reserved and not willing to openly express their feelings or talk about their problems.

People born under this astrological sign prefer being their own boss and can’t stand people who try to change their essence. That is why they get along perfectly with other Aquarians and fire signs who also praise individuality and independence.

If you want to capture an Aquarius’ attention, then make sure to stand out from the crowd.

You certainly won’t impress them with small talk or generic personality traits, which is another reason why they are attracted to other Aquarians who share the same beliefs.

Are Aquarians Attracted To Each Other? 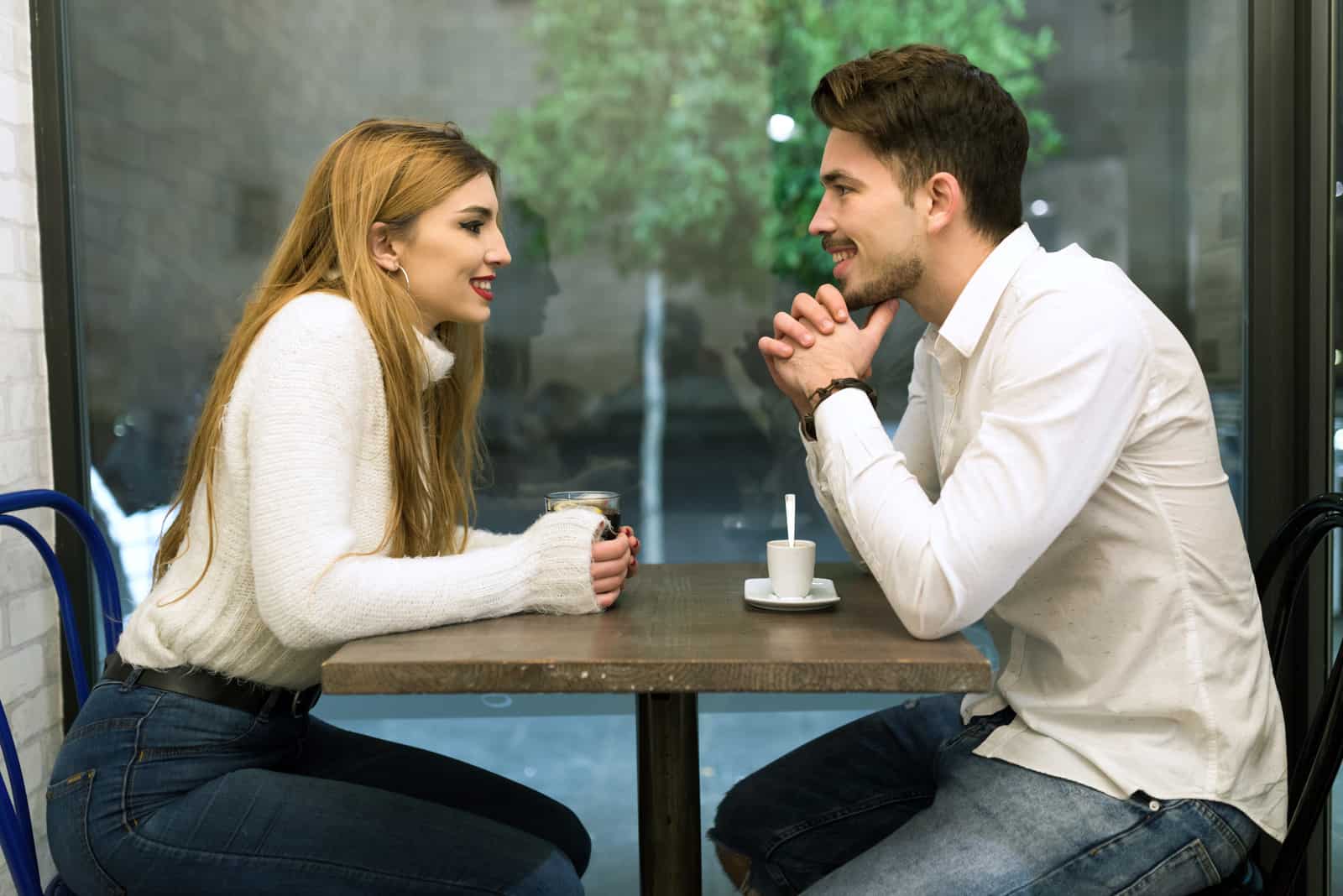 Yes, Aquarians are the type of people who can easily form the purest platonic bonds with other people. We’re talking about both romantic relationships and friendships.

They are attracted to each other because of their passion, unique perspectives, and style. This includes their way of thinking and expressing themselves.

The biggest turn-off for every Aquarian is people who are incapable of having meaningful and inspiring conversations.

Their attraction is based on their intellectual abilities, which is the main reason Aquarians dig each other’s vibe.

Who Is Aquarius Compatible With? 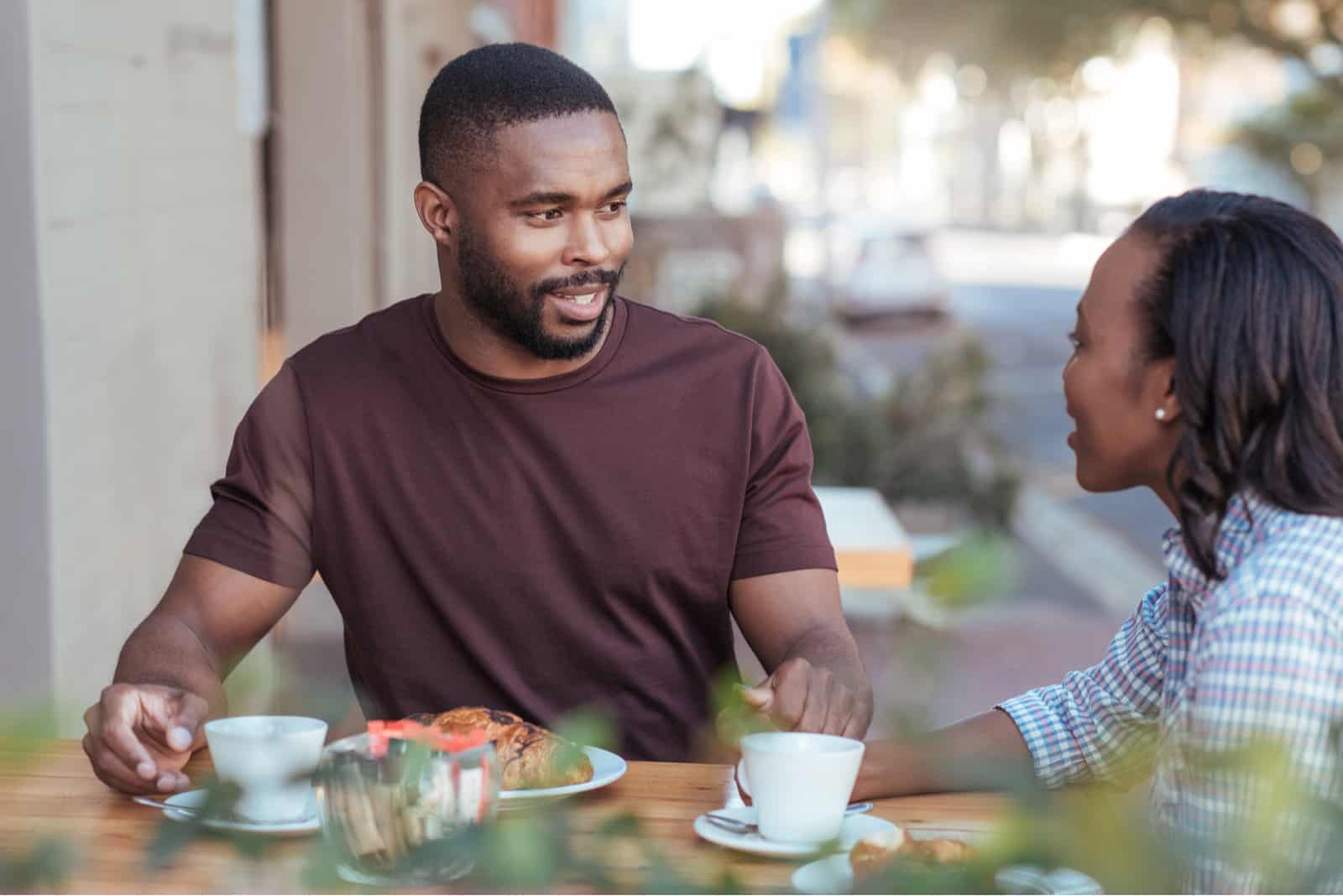 Aquarius’s most compatible signs are air signs (other Aquarians, Gemini, and Libra) and fire signs (Leo, Aries, and Sagittarius). When it comes to romance, Aquarians’ number one priority is preserving their individuality and independence.

They can’t stand being with people who don’t understand their need for intellectual conversations and expressing their creativity because that’s the basis of their compatibility.

This zodiac sign isn’t too good at expressing their emotions, so they aren’t romantically compatible with other emotional signs, especially Pisces. 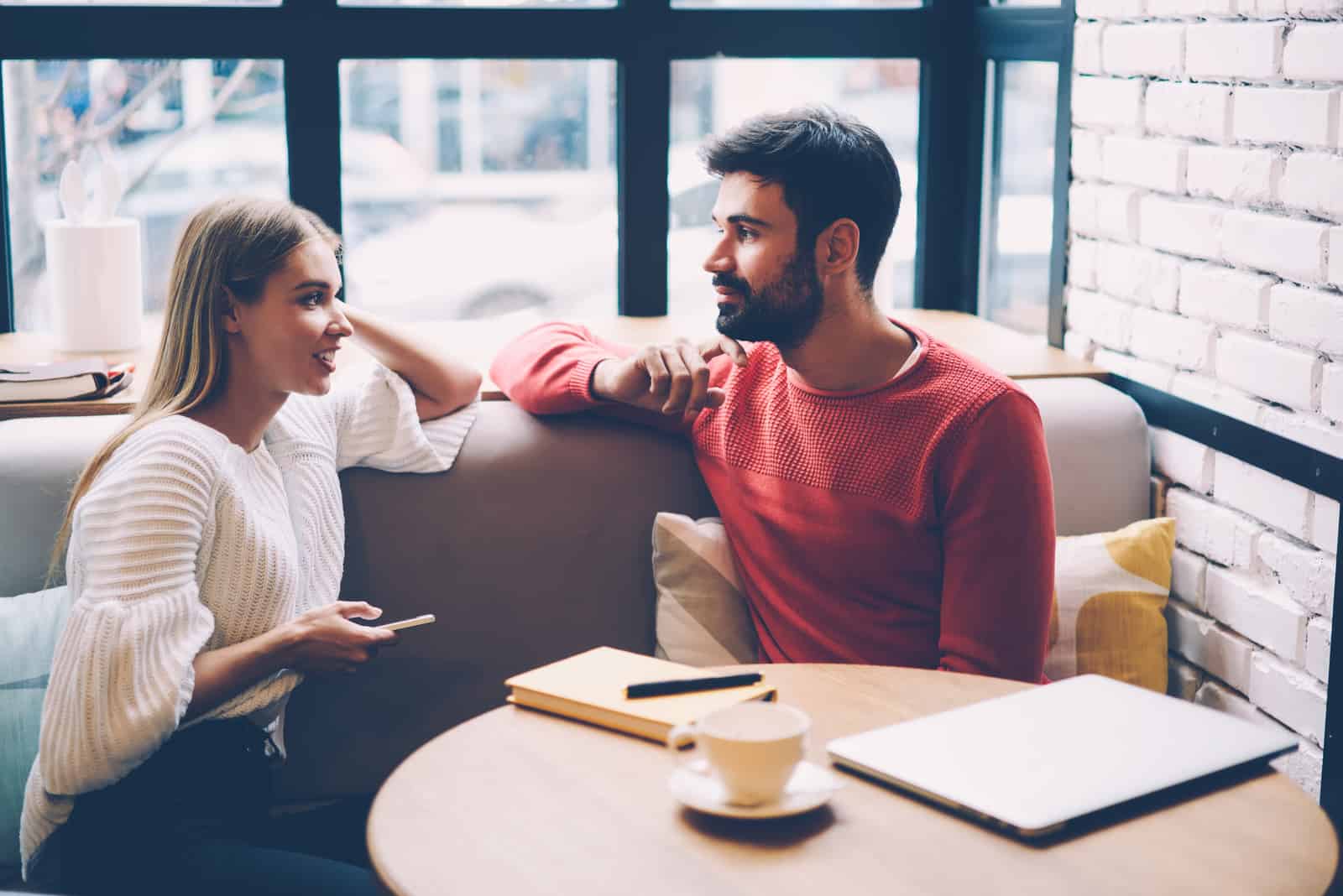 Aquarians desire more than a sexual relationship with their partner. First of all, what they want in a partner is a best friend. The Aquarius-Aquarius love match is based on intellect, a sense of humor, creativity, and ambition.

When they commit to one another, they still require freedom, independence, and space in their relationship. This (and intellectual tendencies) is one of the main reasons they are compatible.

They can’t be with partners who don’t understand their need to maintain their independence (or their sense of humor). Setting rules for them means the end of the relationship, sometimes before it officially even starts.

These two zodiac signs perfectly understand each other’s needs and values. Still, there’s one thing they aren’t really good at, and that is their emotional side.

They aren’t the type of people who openly express their feelings or talk to their partners about their personal or relationship problems. So, even though their intellectual communication is high, their emotional attachment is extremely low.

To make things work, they need to talk about their feelings and deal with any (potential) relationship issues at hand. 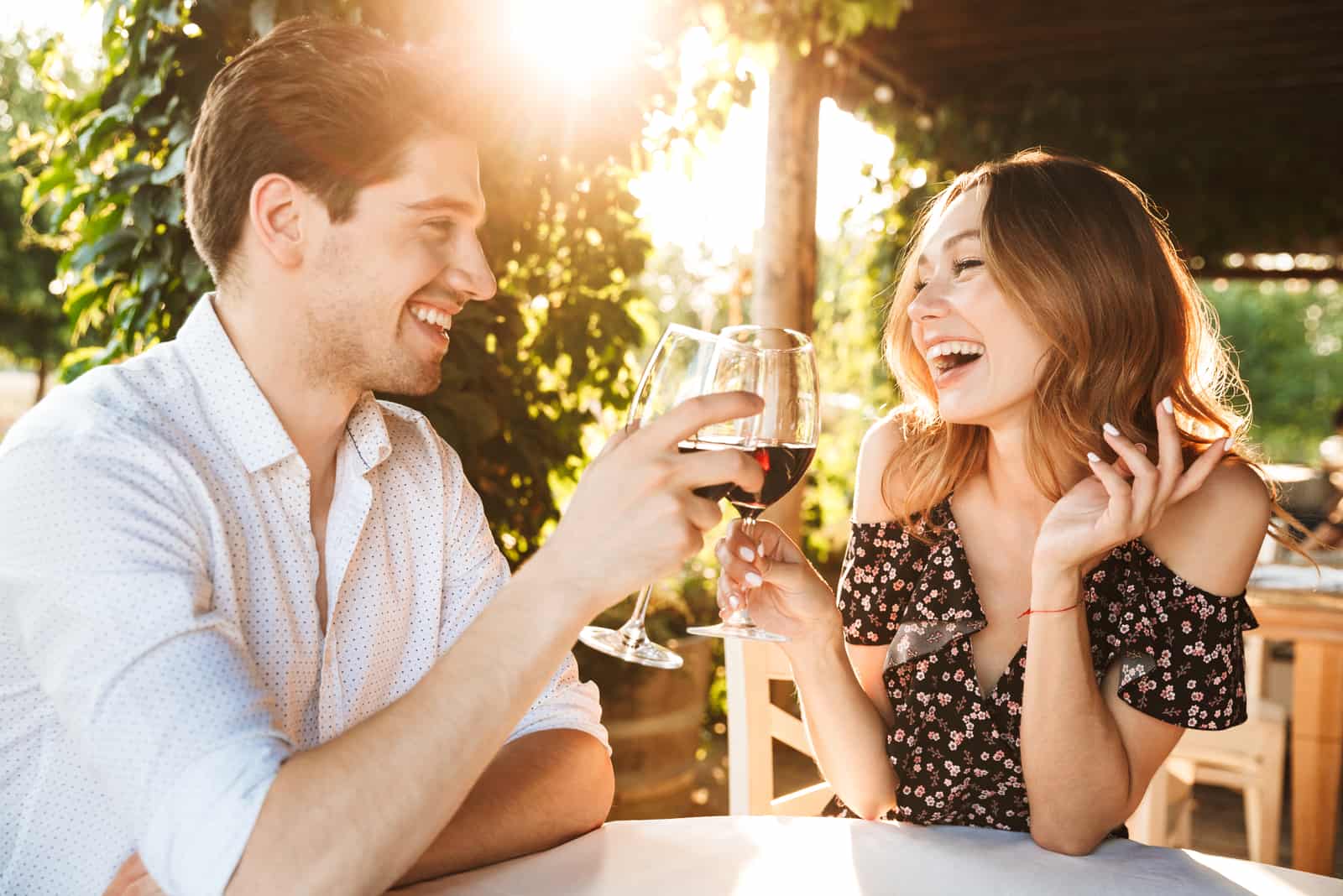 Aquarius-Aquarius marriage compatibility is based on understanding, intellect, respecting the need for alone time and individuality. Their bond is strong in terms of deep conversations and sexual compatibility.

Marriage between Aquarius and Aquarius is not a regular marriage. Instead, it’s filled with excitement, constant brainstorming, innovations, and creativity. Before becoming spouses, they are best friends.

If they ever fall into a rut (which is highly unlikely), then you know something is not right. Also, if one of them starts establishing dominance over their partner, that will be the start of relationship issues and arguments.

They both need a sense of freedom in marriage so they can be their true selves. Also, they need to work on being more open about their feelings if they want their marriage to last.

Aquarius And Aquarius Compatibility In Communication And Intellect 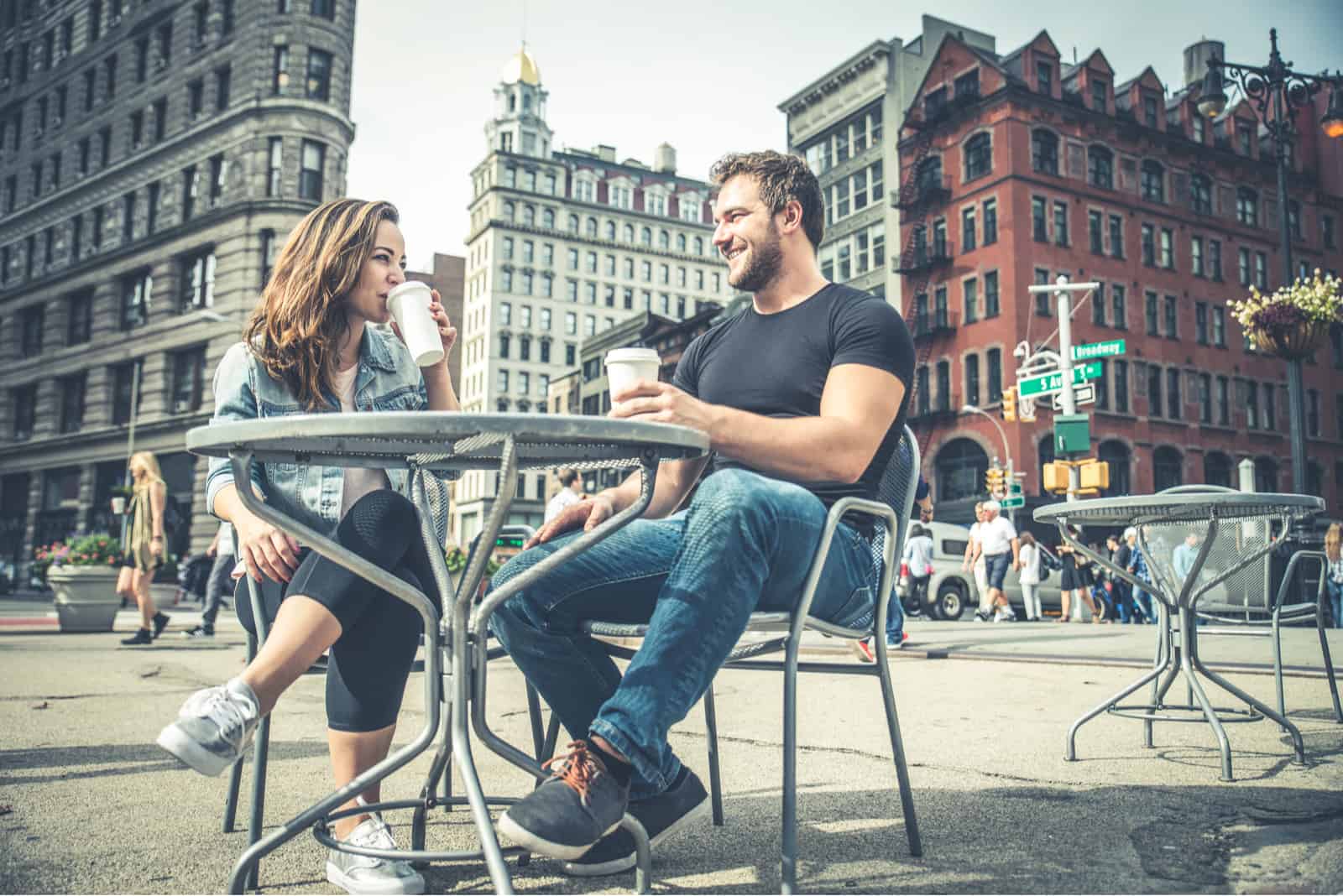 Aquarius-Aquarius is a legit soulmate relationship when it comes to communication and intellect. They have this electrical connection that is almost palpable during intellectual conversations.

Nothing is taboo to them, and there will be no inhibitions. Also, chances are that other people won’t even understand what two Aquarian souls are actually talking about.

They prefer small social circles because they value the quality of the conversation over the number of participants. Evidently, they understand one another better than others, and their communication and intellectual abilities are flawless.

But they still might encounter one problem in their intellectual endeavors: their ego issues. They both try to outshine one another, and they feel the need to set strong boundaries.

When these needs aren’t met, there could be unpleasant arguments between the two of them. That is why they need to be ready to reciprocate when it comes to respecting and giving each other space to express themselves. 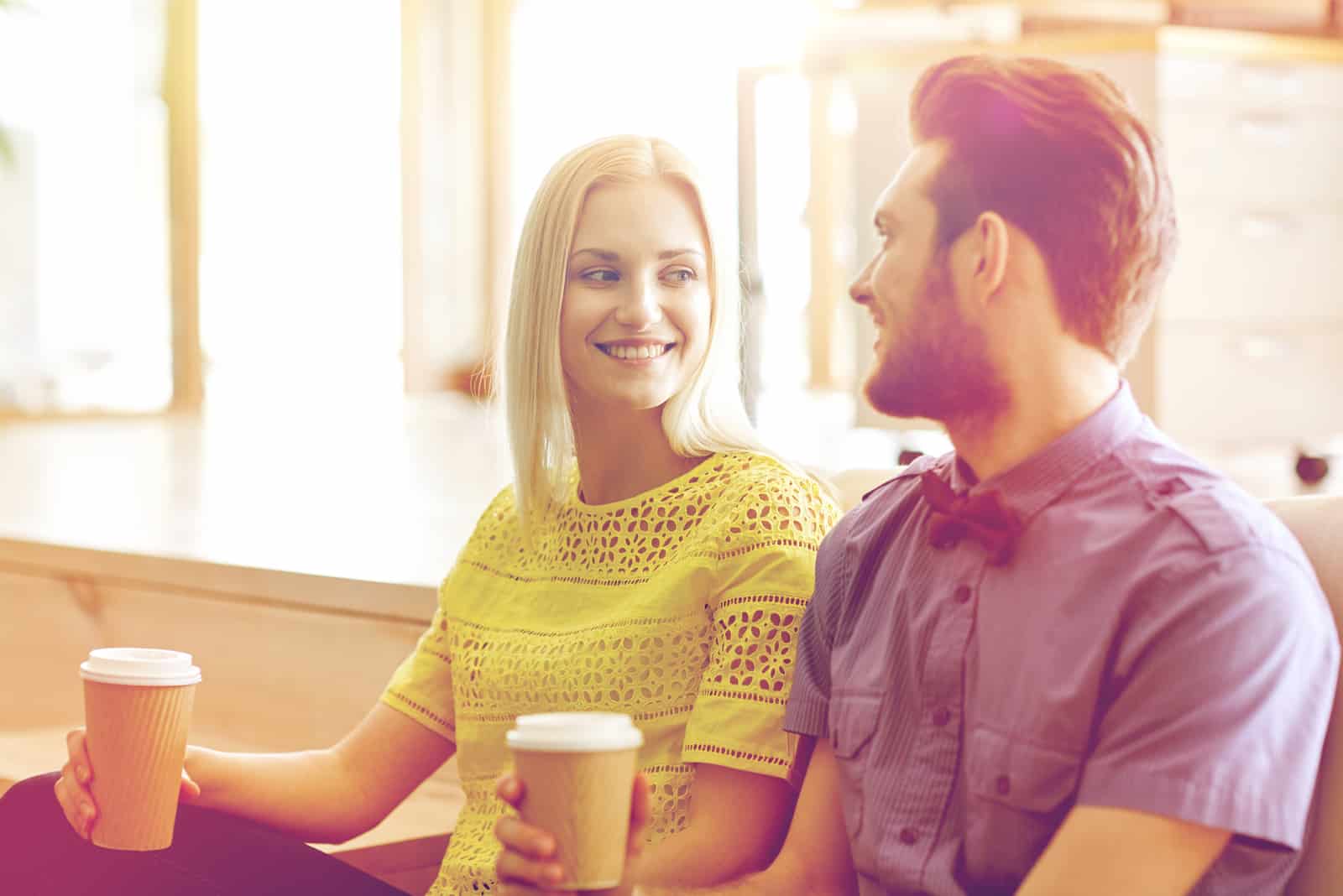 Aquarius and Aquarius compatibility in love greatly depends on their willingness to reciprocate and respect each other’s need to maintain independence in their relationship. Here are a few things they need to pay attention to:

1. Don’t try to establish dominance over one another.

2. Listen to each other.

3. Work on strengthening your emotional connection.

6. Work on expressing your feelings.

7. Deal with relationship problems instead of ignoring them.

9. Admit when you’re wrong and apologize.

10. Express gratitude for both big and small things. 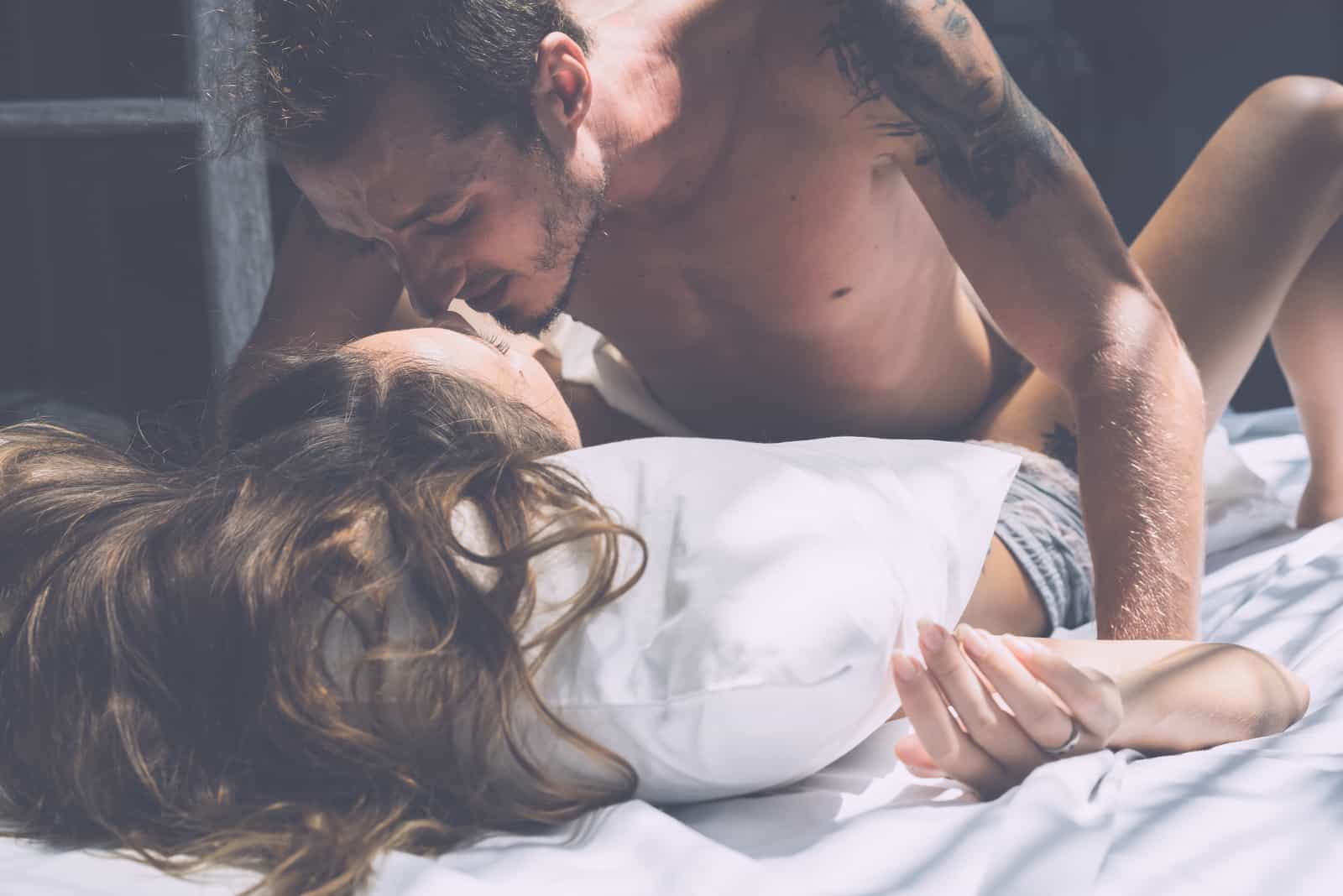 Aquarius-Aquarius zodiac compatibility in bed is high. They are totally on the same page when it comes to physical intimacy because they’re both willing to experiment.

Their creativity is what makes their sex life all the more exciting. Bedroom boredom is not something they would tolerate, which is why they get along perfectly with one another.

Implementing new ideas in the bedroom comes naturally to them, and this is not negotiable. As you can see, they’re on the same page physically, but in an emotional sense, they might have problems.

After all, lovemaking is a combination of both emotional and physical aspects. Even though their sexual compatibility is high, it is not guaranteed to stay that way for a long time.

When they start working on balancing their emotional and physical sides, their sex life will be even more exciting and impressive. 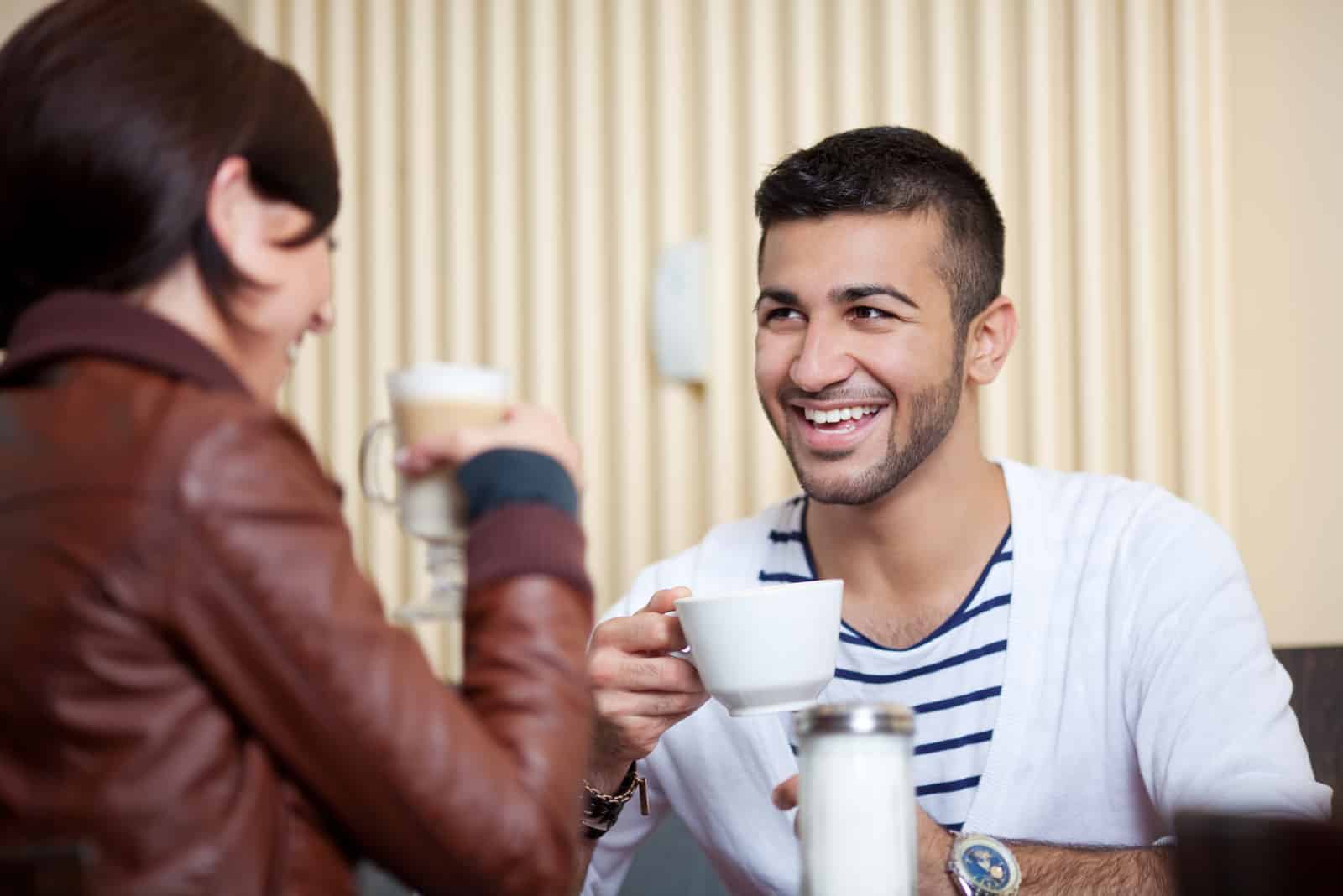 Aquarius is typically reserved, but when it comes to having stimulating conversations, they excel at it. They invest every fiber of their being into intellectual conversations with people on the same page as them.

Aquarius and Aquarius compatibility in friendship is really high because they are both inventive spirits and visionaries. This means that their friendship will never lack excitement or deep topics to talk about.

They will perfectly complement one another at work, and they are also natural leaders due to their communication skills and intellectual abilities. In their free time, they will explore interesting places, things, and potential topics.

Thinking and creativity are their main occupations. Small talk is out of the question, which is something both of them understand. The only time they could experience friendship or coworker issues is when they let their ego prevail.

Aquarius are strongly opinionated individuals, and sometimes, they can’t control their urge to impose their beliefs on their friends and colleagues. Well, if they want to stay friends with them and avoid conflict with coworkers, they will have to balance their ‘convincing tendencies.’ 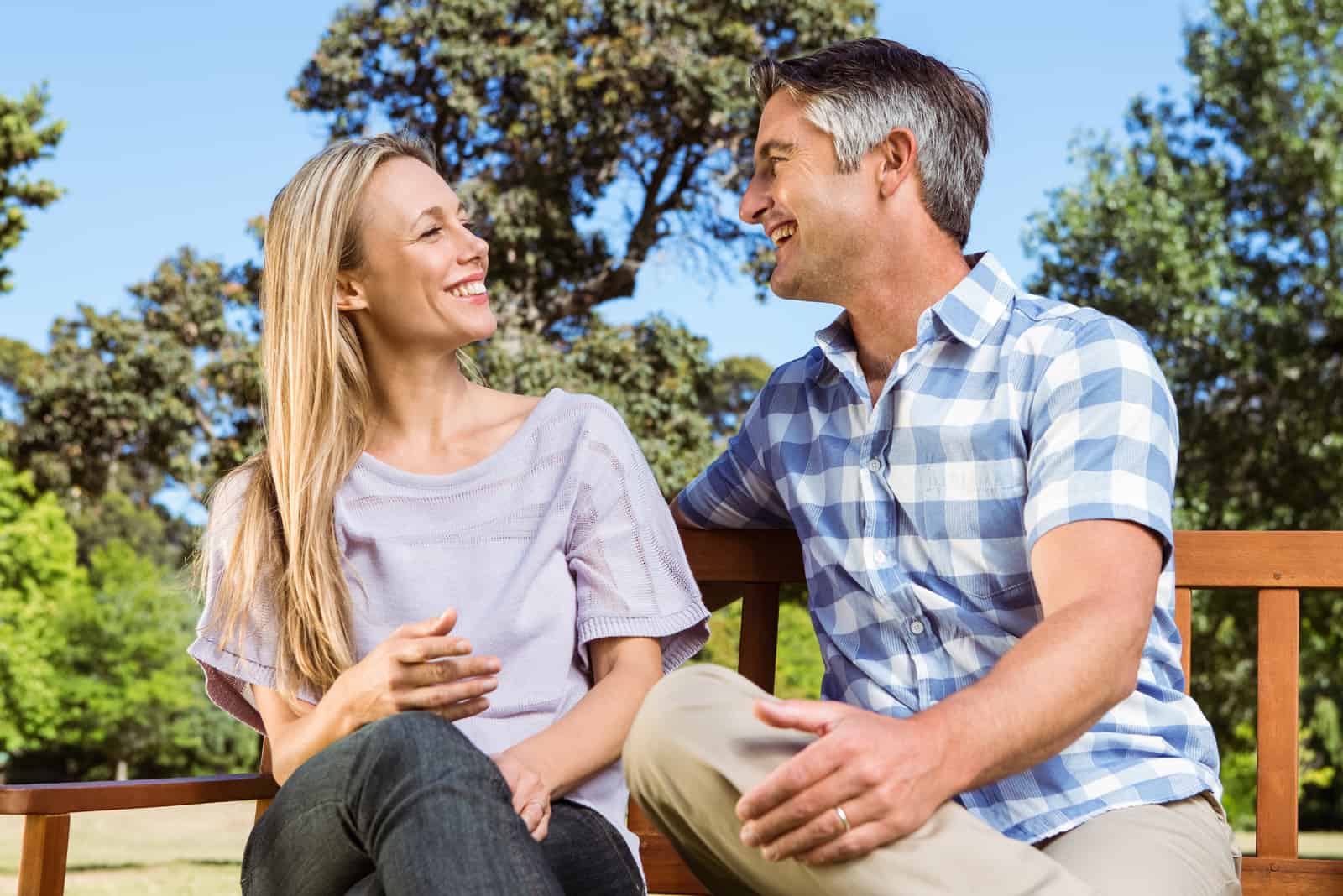 Aquarius and Aquarius compatibility is the highest intellectually and physically. If they want to make the best of their relationship, they need to work on their emotional compatibility.

Aquarius is the type of person who doesn’t tolerate others taking away their freedom or their need to be independent. This is something both Aquarius partners agree on and respect in their relationships.

If you’re interested in learning more about their personality traits, I suggest doing Tarot readings or following their daily and weekly horoscopes. There’s one more thing you shouldn’t forget: to check their moon sign compatibility.

Our moon signs are connected with our intuitions, inner world, and emotions. They reveal our needs and cravings, which is why they shouldn’t be neglected when it comes to checking compatibility with other zodiac signs.