You just can’t understand why these women stay with their abusers. You can wrap your mind around it, but you’ll never understand it if it doesn’t happen to you.

You can’t understand that these women were imprisoned. They were manipulated and they were used.

They experienced every abuse possible: emotional, physical, sexual…you name it. So next time you ask someone why she stayed with him, remember that an enormous amount of abuse and pain changed them.

Constant abuse can break you to the point that you can’t recognise yourself anymore.

It can happen to anyone. You may be as strong as you like, but if you fall in love with an abuser, you’re basically a broken person or you’re about to be.

You can’t recognize them and you can’t spend your whole life afraid that you might fall for someone like that. But, what you can do is watch out the red flags that will show you he might be a type of a man you have to run away from as soon as possible.

They are so common and you’ve probably had to deal with a man like this at least once or you’re dealing with him now. They present themselves as charming and basically irresistible.

They crawl under your skin. They win you over and make you fall in love with the image of a man they have created in your mind.

But it’s just an image because the reality is completely opposite from what’s before you.

They use you emotionally. They drain the last atom of energy out of you. They leave you broken and beaten down, and then they take complete control of you.

This didn’t happen overnight. They planned for it to happen.

It’s all just the part of their plan. At first they are so perfect that it’s surreal. Then, when you let your guard down, the process begins.

First, lying and making up excuses which make no sense, but they do it like they’re the most sensible things you’ve ever heard. Then, manipulating and putting the blame on you.

After that, they gaslight you and try to make you crazy. They make you believe in things that never happened, so you stop trusting yourself and begin trusting themselves entirely.

Then you have to hit the rock bottom.

After this, you’re empty inside. You’re empty and destroyed. You’ve lost the true sense of yourself.

You have no respect for yourself whatsoever and you hate yourself for what you’ve become. When you have no reason left to live, you’re either going to wish for everything to end or you’re going to start looking for a way out.

But, still you won’t be able to find one.

You can ask your friends for support. You can talk to them, but them saying to get out and asking what you are still doing with him won’t magically help you.

It won’t make it easier for you to leave. It’s easy to say that. t’s completely different to actually do it.

The path to recovery is long but worth taking.

After you leave, you can’t just decide to get better. You’re haunted by horrible memories.

You can’t sleep at night because the only thing you dream about is him and his abuse. You’re afraid to get close to other people because every time you meet someone new, you’re expecting the worst.

You’re expecting him to be the same as he was.

You have to forgive yourself and let your guard down. You have to understand that it wasn’t your fault, that you did nothing wrong.

You have to get back your self-respect and you have to think of yourself as you did before. Only time can give you that.

You have to decide that he won’t be the person who will mark the rest of your life. You have to keep on writing the story of your life the way you want.

You have to stop defining yourself by what you’ve been through. Your life doesn’t end there. It keeps on going if you decide so. 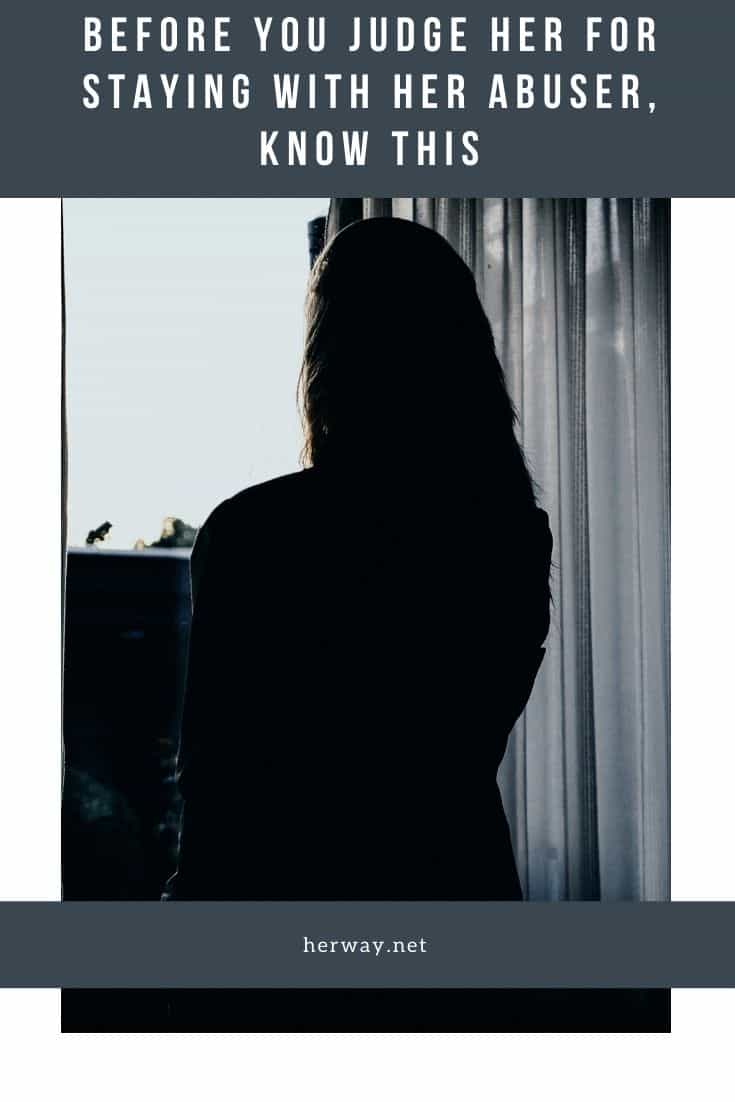