If you compare numerology with astrology, it becomes easier to understand even if you’re not very familiar with it. The same way you have your birth chart, you also have your numerology chart.

Your life path number and your destiny number are the most important spiritual numbers in your overall numerology report and go hand in hand.

Other numbers in your chart are like other planets and aspects in your horoscope. They help you understand other sides of your personality and the path you’re on.

The life path number tells you your life’s purpose, and your destiny number represents you in the same way as your zodiac sign — it’s your identity and your essence. It’s the force that drives you and how you express yourself.

So what does this mean in relation to destiny number 7? Keep reading to find out.

Contents show
1 What Are The Personality Traits Of Someone With Destiny Number 7?
1.1 1. Intellectual
1.2 2. Wise
1.3 3. Individualist
1.4 4. Influential
1.5 5. Spiritual
1.6 Dealing with the challenges of destiny number 7
2 Calculate Your Destiny Number And Life Path Number
2.1 Destiny number
3 The Number 7 In Numerology

What Are The Personality Traits Of Someone With Destiny Number 7?

Seven is a mystical number in many cultures of the world. It’s no wonder, then, that people who were born with destiny number seven are wise individuals on a quest for knowledge with a penchant for mysticism.

That’s not the whole picture, though. Let’s see what makes destiny number 7 so interesting. 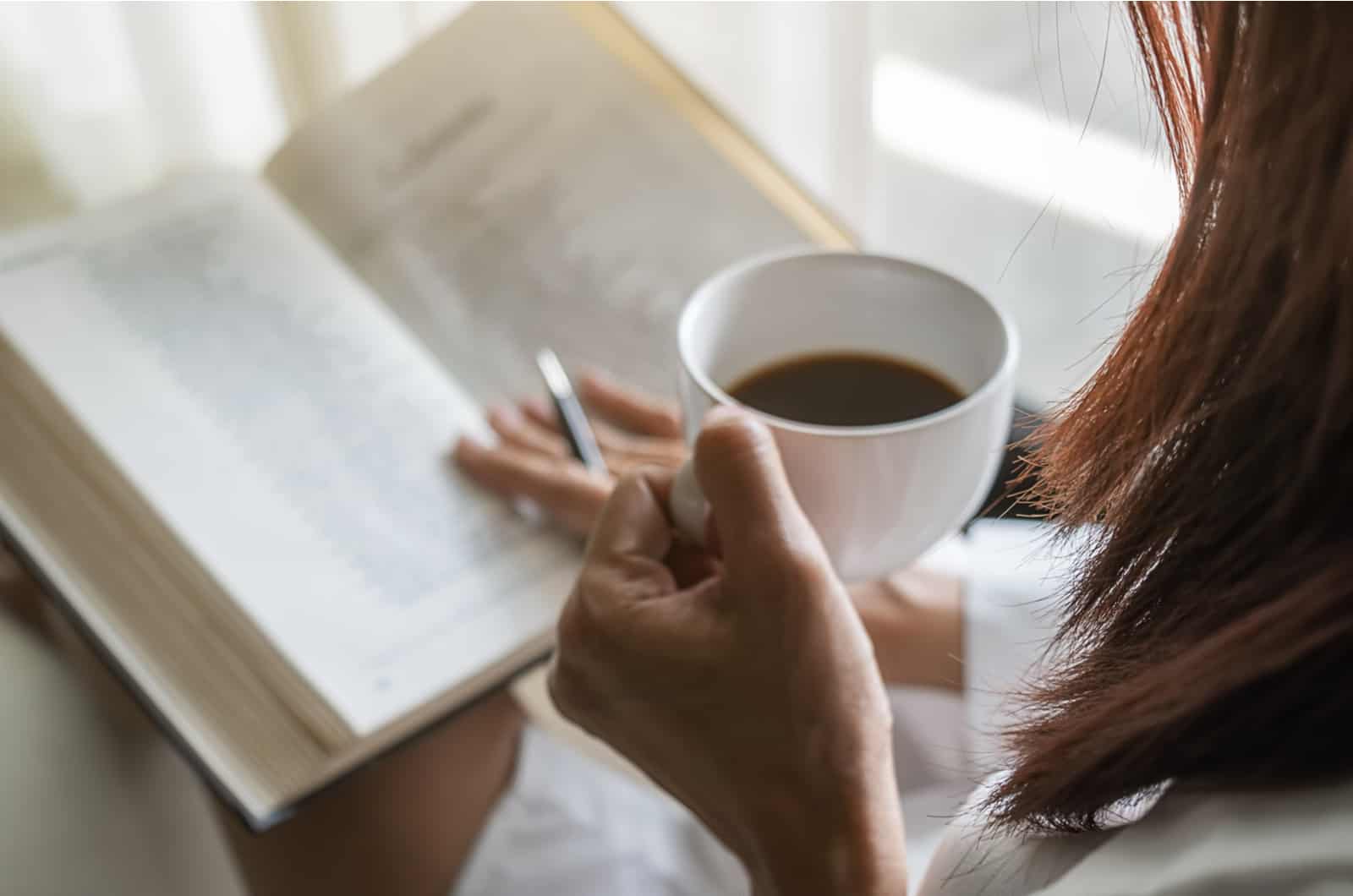 Someone with destiny number 7 is gifted with a sharp intellect and a craving for knowledge. Their logical mind is capable of making sense of facts and information they’re constantly on the lookout for.

They’re both perceptive and analytical, endlessly observant and looking for mental stimulation, followed by drawing conclusions and forming opinions.

It only follows that they’re attracted to things that require high intellectual activity. Their information processing skills make them highly proficient with technology. They easily become highly skilled in anything they’re interested in.

What is intelligence without wisdom?

Number 7 destiny is not only curious for curiosity’s sake – they’re a life-long learner with a passion for understanding. They’re inquisitive and know how to ask the right questions to find what they’re looking for.

Thinking outside the box, they’re capable of analyzing answers to gain new insights. They look at issues until all options are exhausted and all possibilities checked, and then they take it a step further.

A deep thinker who looks for underlying reasons and causes, and when they’re found, finds ways to go even deeper. This original way of thinking leads to their own perspective on life, a worldview unique only to them.

The ideal career paths for this destiny number are those where they are able to apply their knowledge and share their wisdom with the world. Teacher, scientist, engineer, or philosopher, someone with destiny number 7 can leave their mark and move the world forward. 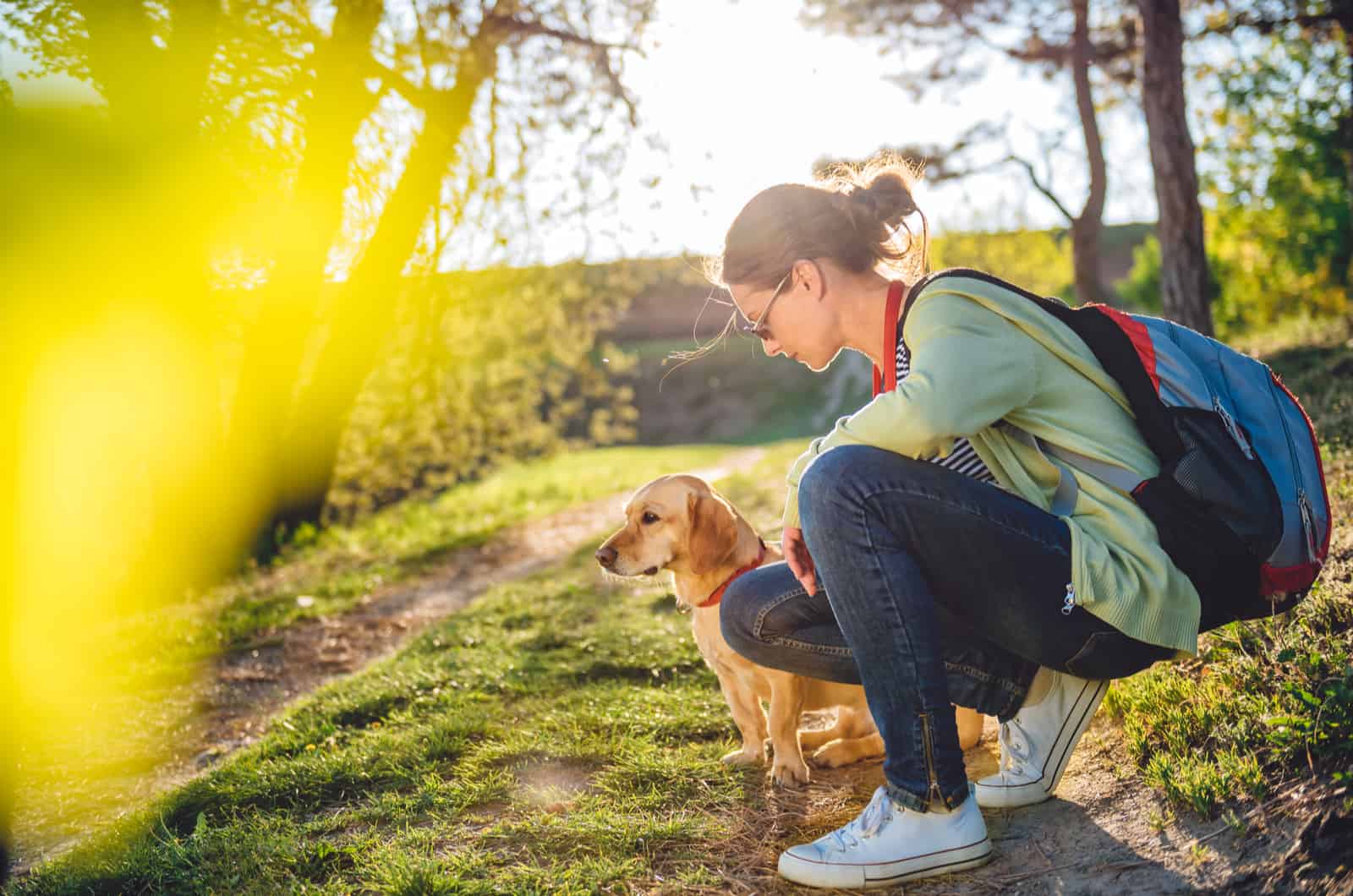 Destiny number 7 people often live inside their own heads. It’s not surprising that this person is often an introvert. Endlessly pursuing knowledge, they need time to process all the information they gather and grow their wisdom as they analyze and ponder.

This is effective as long as they are able to avoid spiraling and withdrawing from the world. They tend to isolate themselves and get depressed when they feel self-doubt and go so deep inside their own heads that they get lost.

They are highly independent people who thrive in solitude. They don’t want others to interfere in anything they do, and they have trouble trusting people. This lack of support system is another reason they run away from the world.

One of their negative traits is arrogance and indifference when things don’t go their way. They’re capable of cutting people off completely. Their sometimes unhealthy focus and sharp tongue, coupled with a lack of tolerance, can lead to biting words and unpleasant situations.

Intellect and feelings are rarely in balance in anyone. In addition to their brilliance, someone born under destiny number 7 is deeply emotional and emotionally expressive.

When they choose to, they have a way with words and are capable of painting vivid pictures using their imagination.

They’re artistic, honest, when not too blunt, and charismatic. Their dry humor and quick wit can be hard for people to understand, and sometimes they’re the only ones in on the joke.

Someone born under destiny number 7 always leaves their impact on the world.

In terms of compatibility, they don’t like casual flings. They want meaningful relationships where both people value each other. They’re deeply romantic and need a partner who will share in their quest. 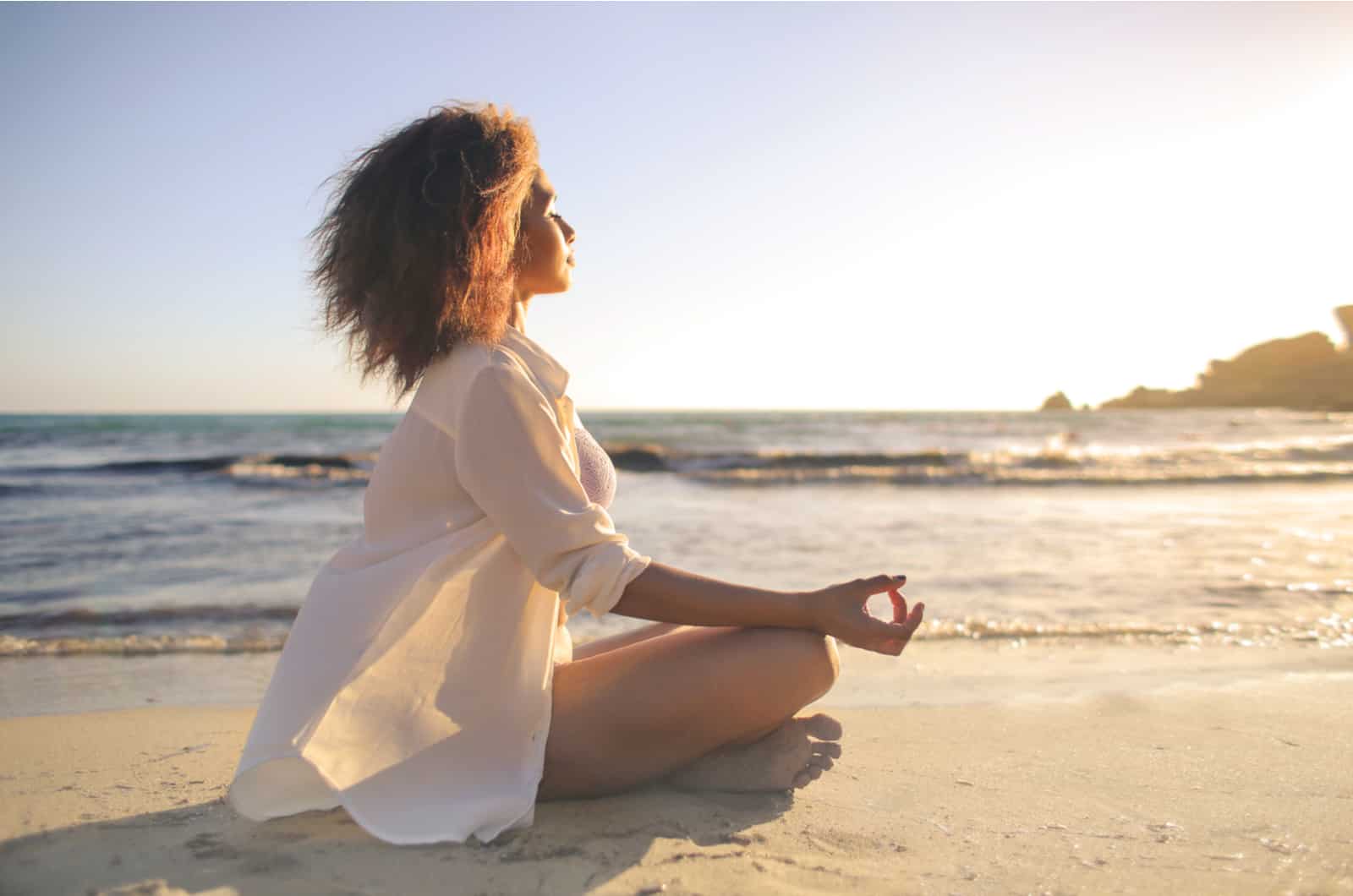 People with destiny number 7 find great interest in spirituality. They’re intuitive to the point that it might be considered precognition. There’s an interest in the mystical and the occult lurking, but their love of facts and logic might create conflicting feelings as they can never know for sure.

Still, they’re likely to get deep into spirituality while seeking knowledge and understanding. After all, some mysteries in life can only be explained by spirituality and philosophy.

They try to find their own answer to the meaning of life, and it’s quite possible for them to succeed.

They can enrich their lives by learning to be more open to other people’s opinions and developing trust with those close to them. In their never-ending quest for knowledge, number 7’s final goal might be to get to know themself.

Dealing with the challenges of destiny number 7

Now that we’ve gone over all the traits of the talented, intuitive, and wise person born with destiny number 7, the challenges they are presented with are clear. Here are a couple of tips:

• don’t isolate yourself when you have problems

• learn patience with other people and yourself

• practice compassion even when you’re frustrated

• share with other people: your knowledge and your heart

• don’t let self-doubt make you stray from your path 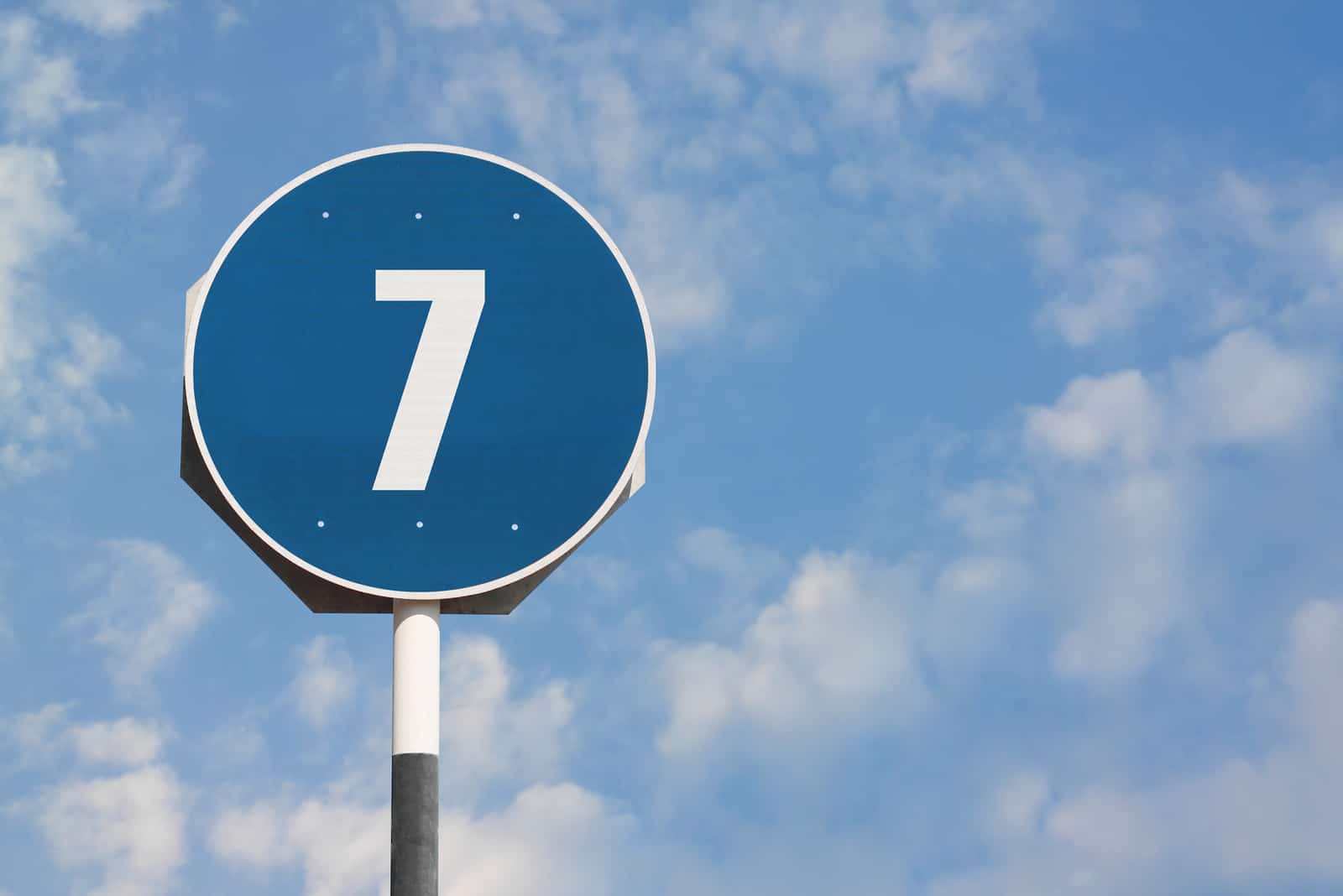 In the practice of numerology, it’s believed that numbers have mystical properties.

Even if you’re a skeptic, you can’t deny the power of math, which is rife with patterns and meanings in numbers. Or you might have certain lucky numbers you choose when you need help to succeed in something.

Numerologists believe that all numbers have their own vibration, their own energy that influences your life. Your destiny number is with you forever, so it’s the most important one to know.

Destiny numbers can be single-digit numbers (1–9) or 11, 22, and 33, which are considered master numbers. (Similar to angel numbers, master powers get their power from repetition.)

Since you already know that your name makes up destiny number 7, I assume you’ve already calculated it. Nevertheless, I’ll provide a short tutorial and conversion chart for reference (in case you want to calculate it for someone else.)

Figuring out your destiny number is simple. Using your full birth name, convert each letter into a number using the following chart:

After you convert each letter into a number, add them until you reach a single-digit number or one of the master numbers.

It’s easiest to understand by looking at an example. We’ll be using my name, Lorena Thomas.

The final result is the number 6, so destiny number 6 represents me.

The procedure is similar when you want to calculate your life path number, only instead of your name, you use your date of birth. Starting with each of the three numbers (month/day/year,) you add them one by one until you reach a single-digit number, or one of the master numbers.

If your birthday is 2/18/1994, this is how you would calculate your life path number:

When you have three single-digit numbers, you add them too.

Knowing both your destiny number and life path number can help you get a clear picture of your numerological profile.

The Number 7 In Numerology 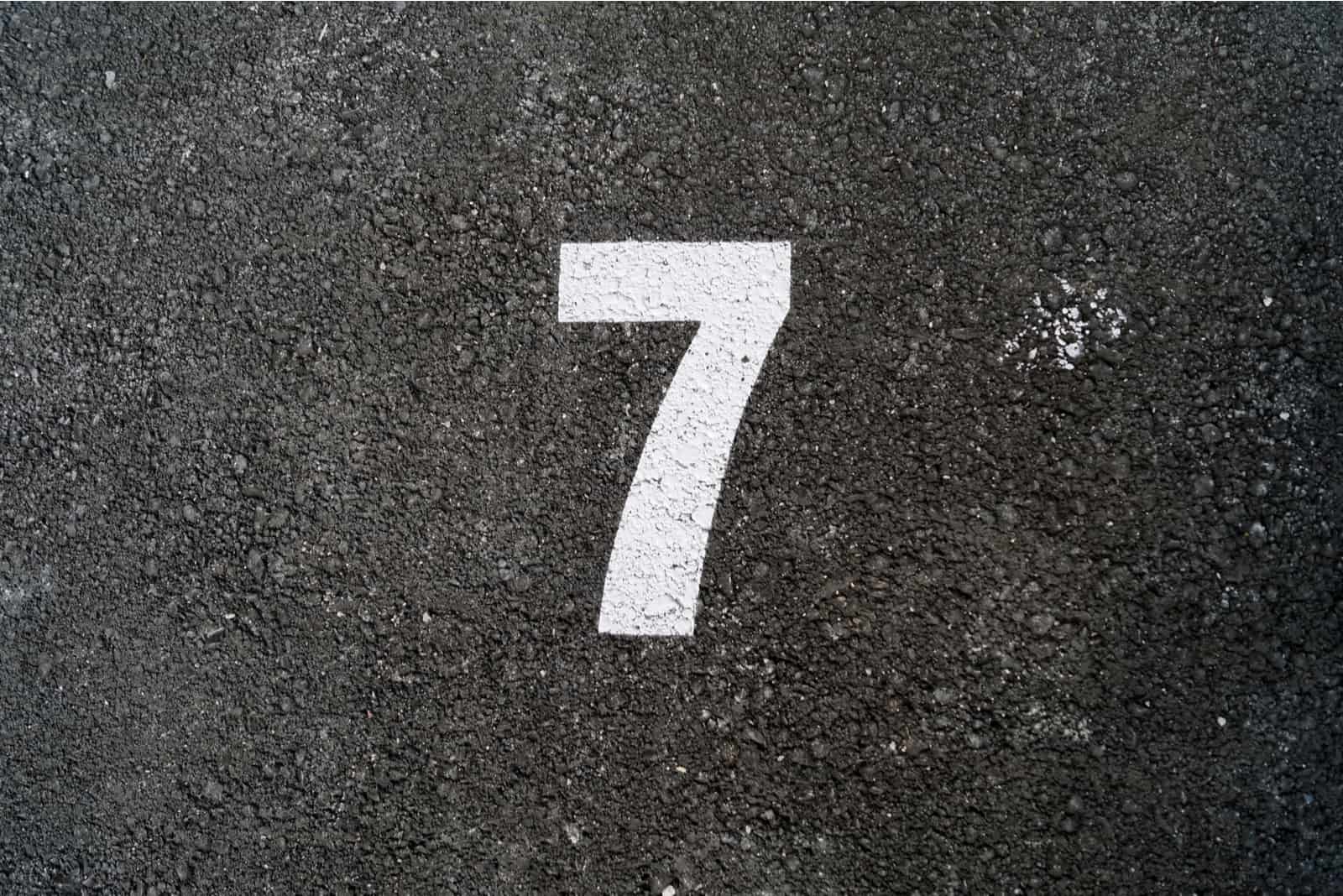 Number seven is widely considered a special number. Seven days a week, seven seas, seven wonders of the ancient world – this number has had significance throughout human history.

Whoever carries destiny number 7 is bound to leave an impression on the world. Even when they get stuck in their own heads, their minds are still working and producing new, one-of-a-kind ideas and solutions.

Their complex feelings and sharp intellect, their spirituality, and unique point of view paint an impressive picture.

The challenges they face are contained in their reluctance to delve deeper into certain intangible matters, and they need to learn how to practice patience and understanding with others.

If you’re interested in knowing the other components of your numerology charts, you can find free numerology readings online or visit a professional.

[…] for baddie captions for Instagram or a unique badass Instagram bio? Well, you’re about to get the best collection of savage lines and quotes to knock all of […]