This is a fixed zodiac sign, which makes Scorpios stubborn, loyal, dedicated, and assertive. On the other hand, it is also a water sign, which means they’re full of passion, but are also, sensitive and a little bit too emotional.

Another paradoxical thing about Scorpios is that they’re co-ruled by Pluto and the planet of Mars. They are very energetic and unpredictable. You can never know for sure where you stand with a Scorpio male.

If you want to date a Scorpio, you must first be familiar with their personality traits. They have many virtues, and on the top of that list, I would put their loyalty, honesty, and commitment.

When a Scorpio man falls in love, he’ll commit to that one person fully. He’ll have eyes only for the woman he’s dating. As long as you’re being fair to him, he’ll treat you as a true queen.

One of their greatest traits is their honesty. A Scorpio man will always tell the truth no matter the consequences it might provoke.

They’re also very ambitious and determined. They always set high goals for themselves and they don’t hold back until they achieve them.

This astrological sign, just as Aries, Sagittariuses, Geminis, and every other sign, has some negative traits also. When it comes to their love life, jealousy is definitely their far worst trait.

Sometimes, their jealousy leads to a controlling behavior, which they aren’t able to control and it puts their relationship at risk.

As Virgo men, Tauruses, and actually every other man, a Scorpio man wants to have his girl only for himself, but sometimes their jealousy is truly unbearable.

You’re dealing with a shy guy here and he can be really secretive. It can really take a while to make a Scorpio man open up to you.

What should you expect in the early stages of dating a Scorpio man?

He appreciates honesty and loyalty above everything else 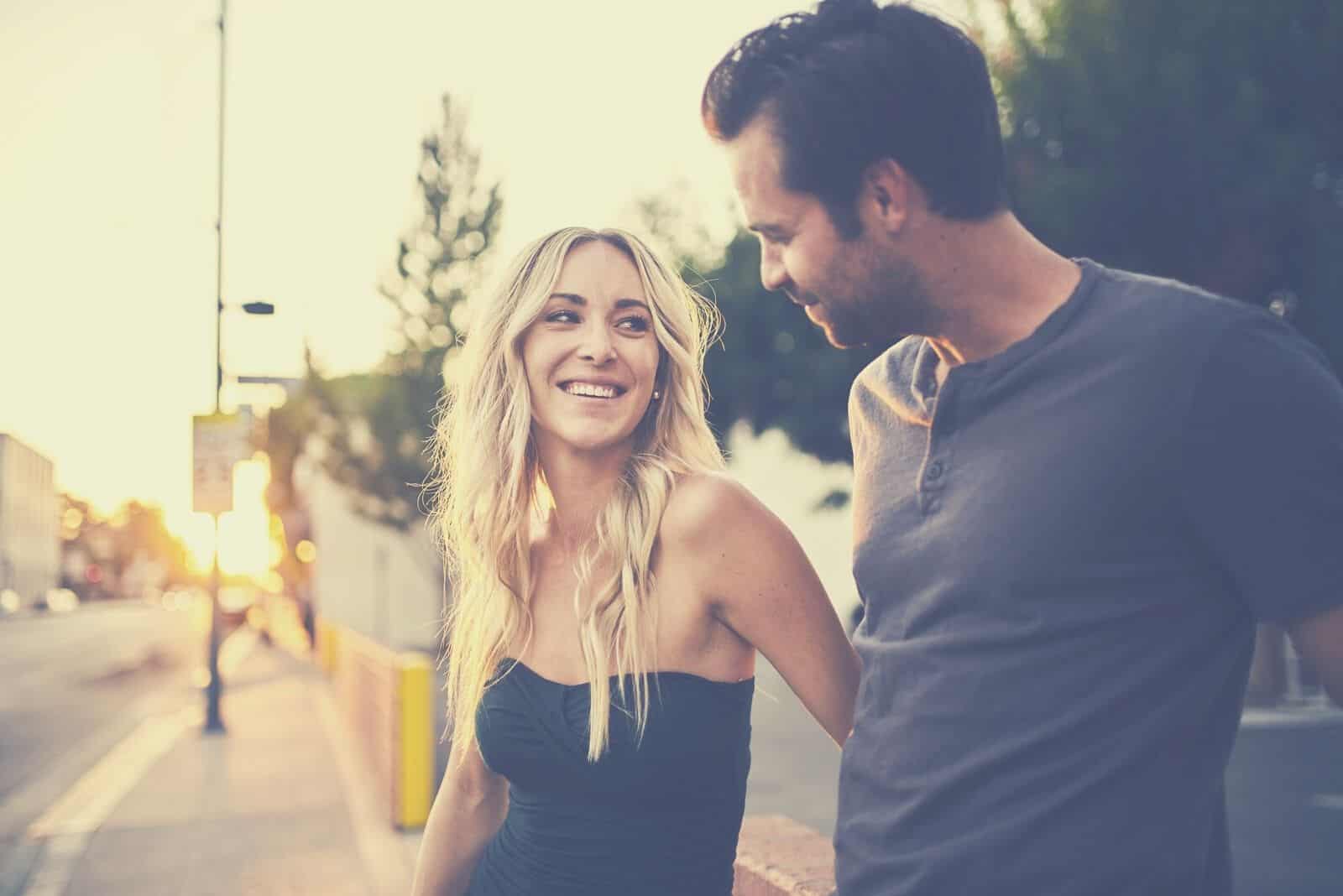 Men born under the sign of Scorpio have very clear rules when they’re in a romantic relationship. There are three things they’ll demand from their partners, and those are honesty, respect, and loyalty.

They’ll always forgive their partners for some little things and some not-so-important mistakes, but the truth is that they’ll never forgive them if they fail them in any of these three rules.

If you want your relationship to succeed, it’ll have to be based on trust and mutual respect. Of course, when you truly respect someone, you would never betray them in any way. 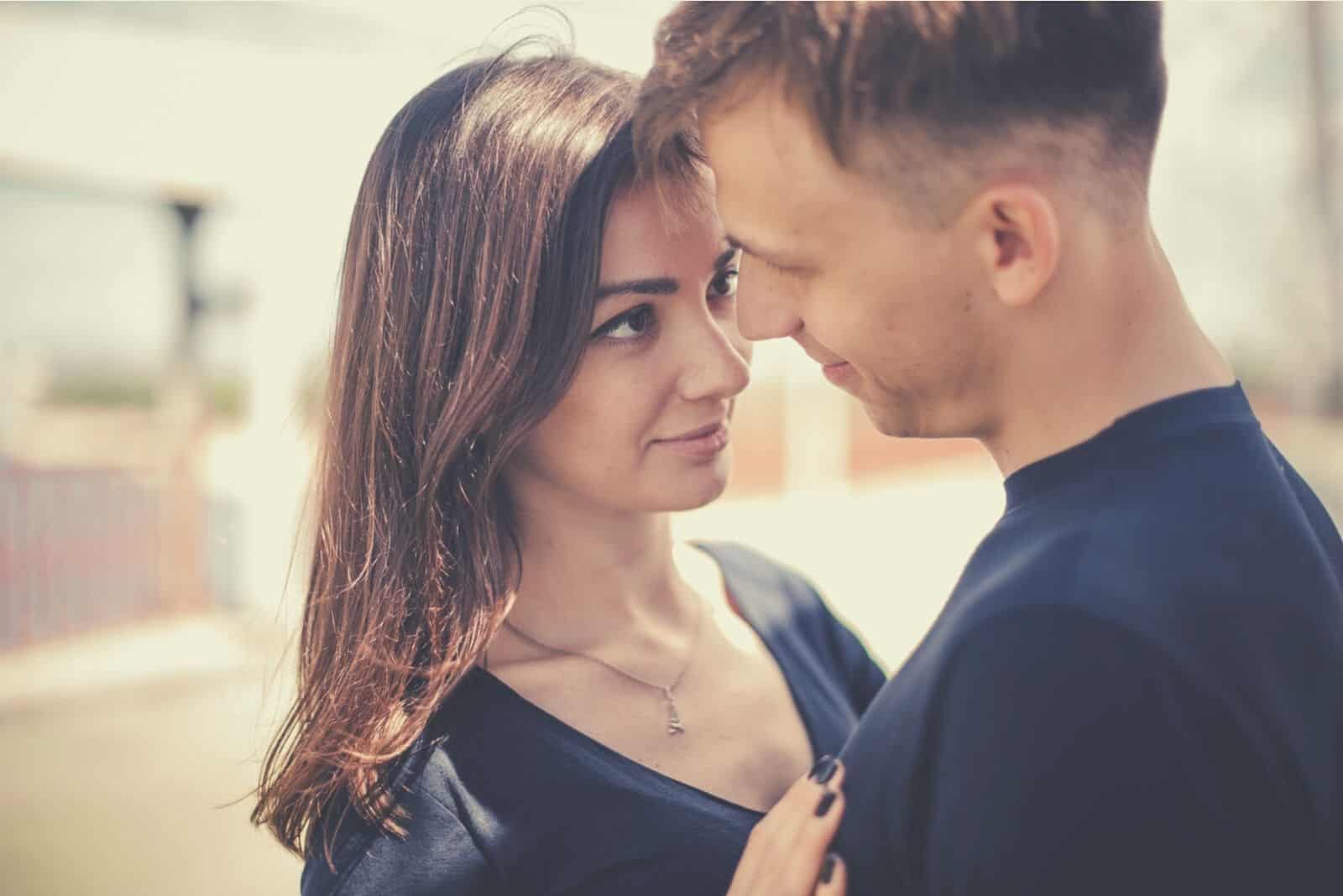 Scorpios generally have trust issues. They can’t trust someone until they get to know all of their flaws and imperfections.

Before he commits completely to you, he’ll want to develop trust first. Actually, that is a good thing because we all know that you can’t have a healthy relationship if both partners don’t trust each other.

That’s why it’s especially important to ask around about his past relationships. If his ex has cheated on him or betrayed him in a similar way, it’ll be very difficult for you to prove to him that you’re trustworthy.

Even though it’s not fair and you shouldn’t pay for his ex’s mistakes, that’s how it is and you can’t do much about it except to accept it and do your best to show him that he can trust you because you aren’t like his ex.

He’s an all-or-nothing type of guy 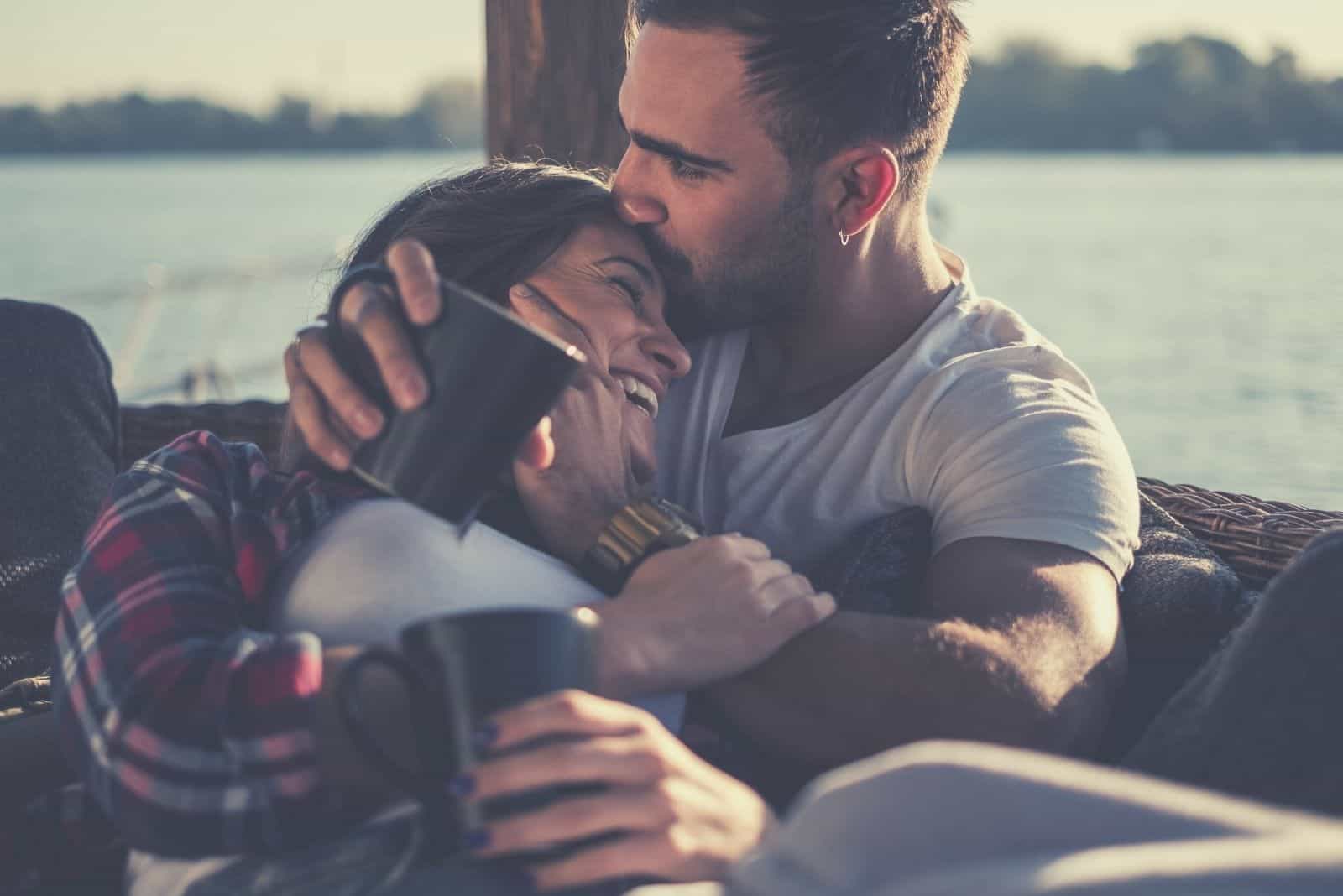 As I have already said, Scorpio men are highly ambitious and strong-willed. They know what they want, they know how to achieve it, and they won’t stop until they get it.

When a Scorpio guy is in love, he’ll give undivided attention to his partner. He’ll devote his time to her and be there for her 24/7.

He doesn’t like to do anything half way. It’s always all or nothing with him. That’s the main reason why Scorpios don’t like one-night stands or casual dating. They’ll never accept sharing their woman with another man.

These are some things he’ll want and expect from you, too. He’ll commit to you fully and put enormous effort into your relationship and he’ll want it to be reciprocated. 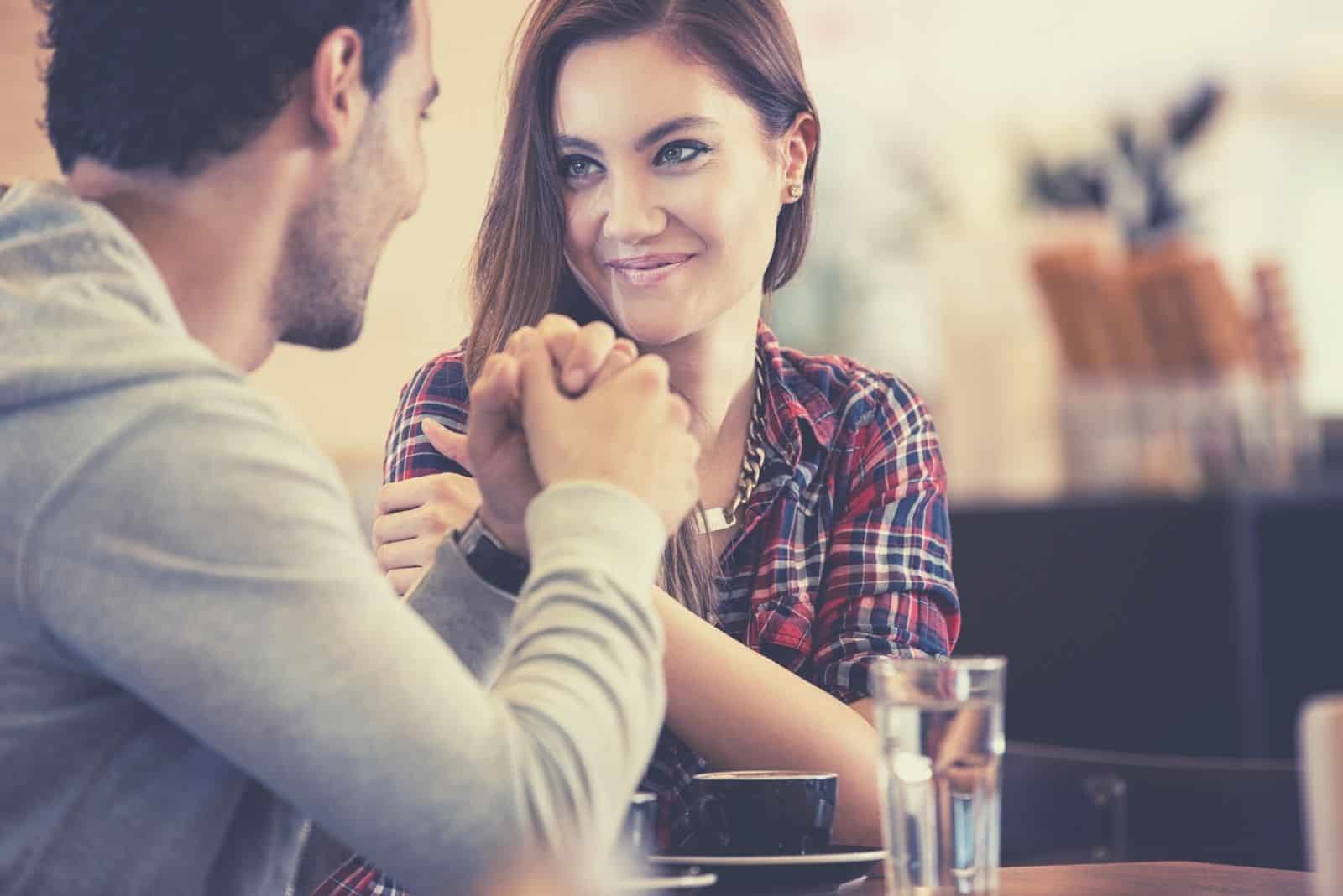 Don’t forget that Scorpios are very charming. He’ll find a way to sweep you off your feet every day and make you fall in love with him ASAP.

Even though a Scorpio man is actually pretty shy, he’ll be very confident when it comes to winning the heart of a woman he likes, especially if he receives a positive reaction from her side.

His charm and charisma make a Scorpio man irresistible; it’s no wonder you fell for him. Along with Libra and Gemini, Scorpios are known as the most charming zodiac signs. 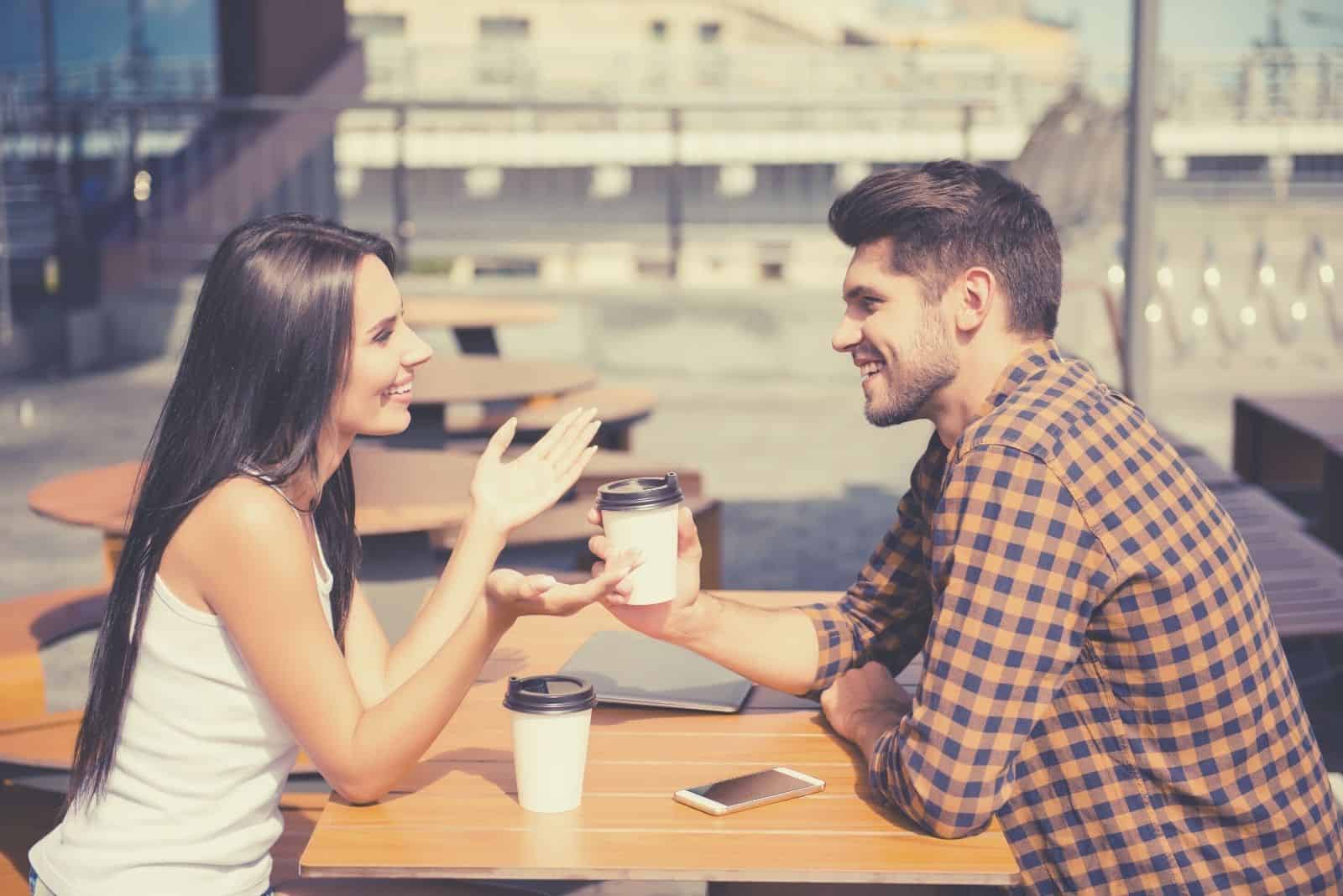 You must know another very important fact about Scorpios. They’re all about details. Your Scorpio man will listen to you actively and try to remember every word you say.

So, don’t even think of lying to him. You must always say what you mean and always mean what you say if you want to prove you’re trustworthy to your Scorpio guy.

If he ever catches you in a lie, it will definitely harm your relationship deeply. He’ll start doubting every word you say from that moment on.

Even if you manage to get his forgiveness, he’ll never forget that you lied to him. Yes, unfortunately, they’re big grudge holders, too.

He’ll surely put you to a test 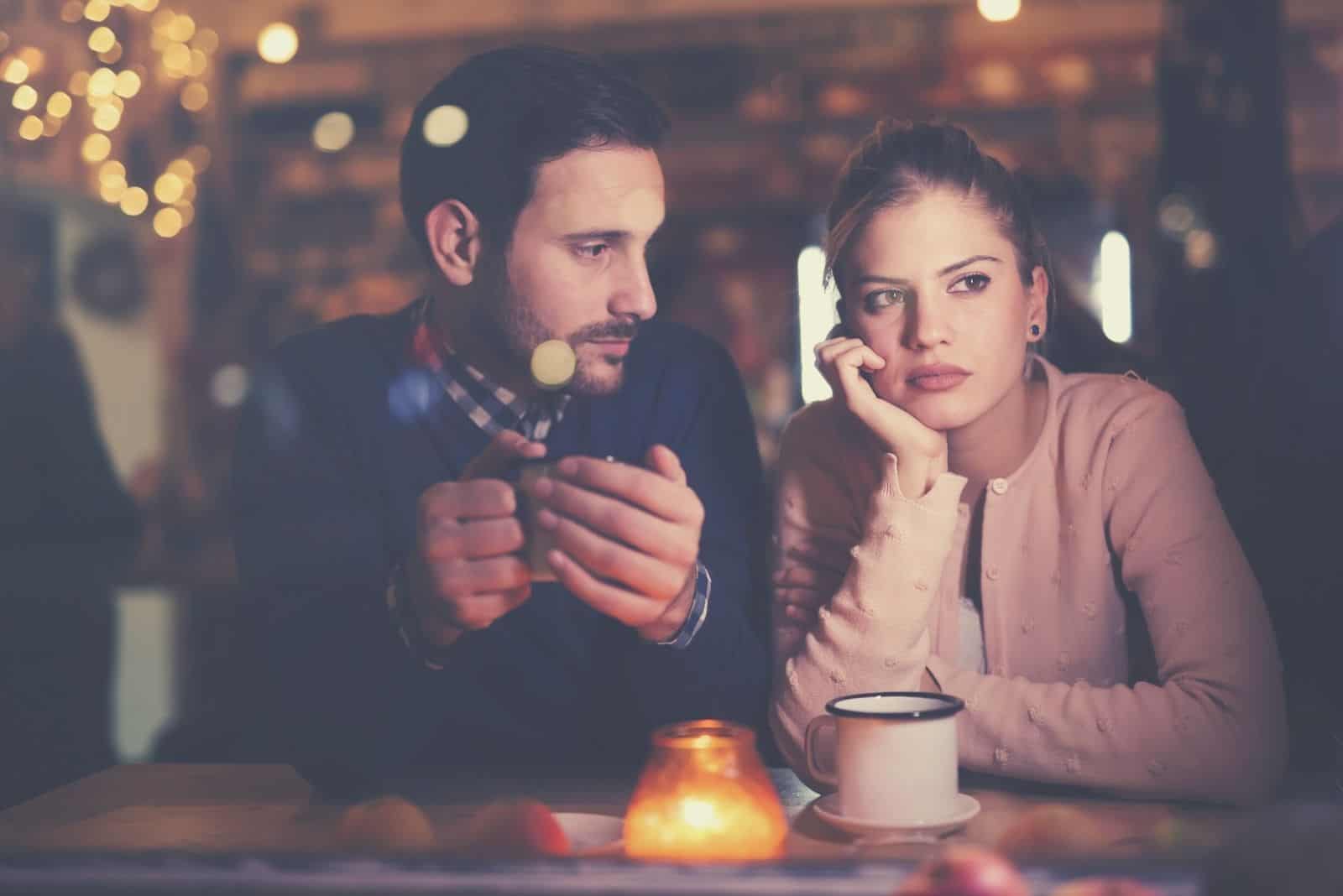 In the early stages of dating a Scorpio man, you should expect to be put to a test. He’ll want to make sure that you like him and that you want to be in a serious relationship with him.

Once he’s completely sure you’ve passed his test, he’ll commit to you and show you that he’s truly great boyfriend material.

To comfort you here, his little ‘test’ won’t be difficult. He’ll only want to see that when you’re dating a man, you have eyes for that man only.

He’ll have zero tolerance for games and manipulation 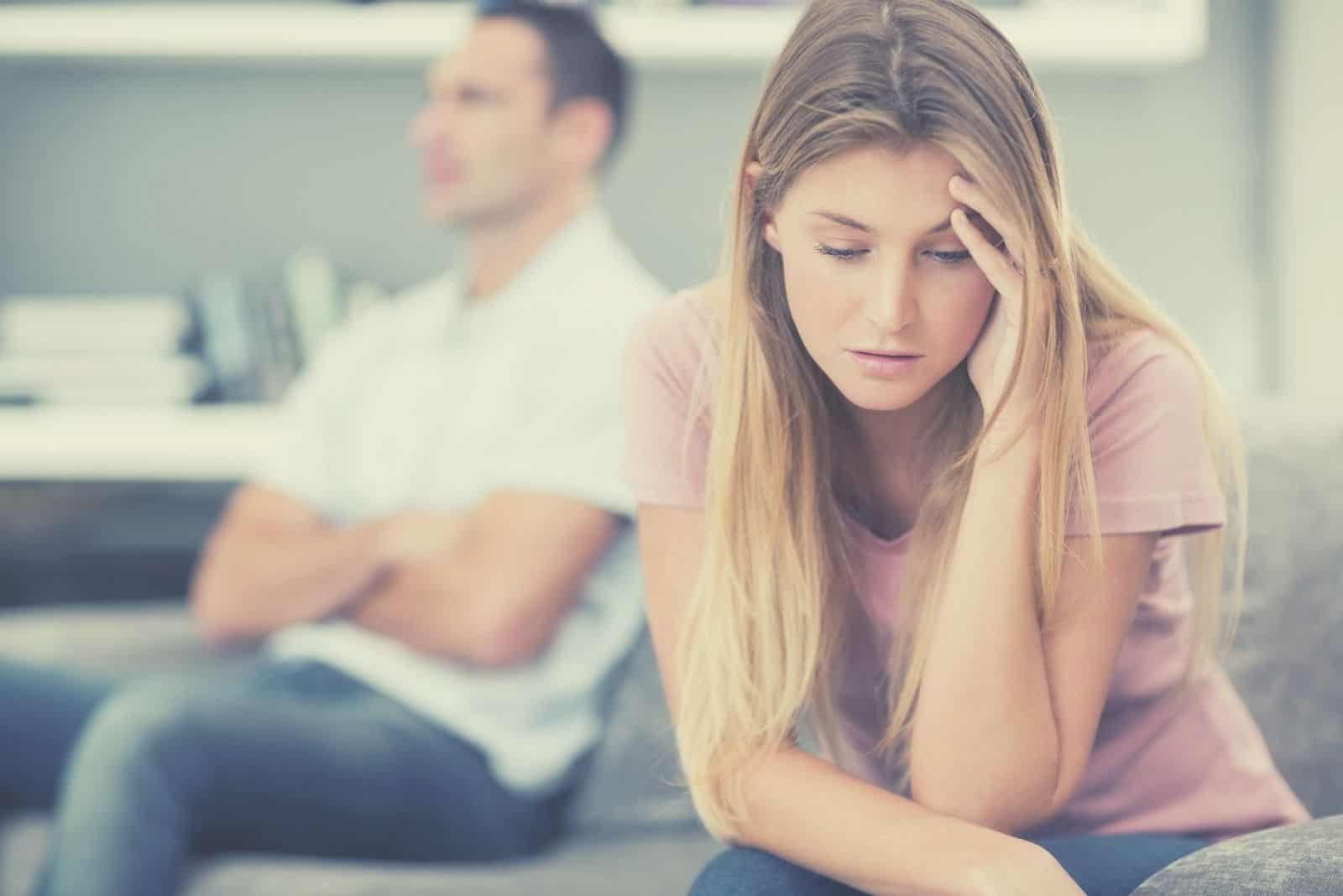 Scorpios hate when someone is playing with them or trying to manipulate them. So, if you think that you can win him over by​​​​ playing mind games, you’re very wrong.

Don’t forget that your man is highly intelligent and that it won’t take him long to figure out what you are trying to do. Manipulation is one of the things that a Scorpio man will never forgive you for.

Once your man realizes that you’re trying to manipulate him, it’ll be like you’ve just bought a one-way ticket for him to go far, far away from you forever. 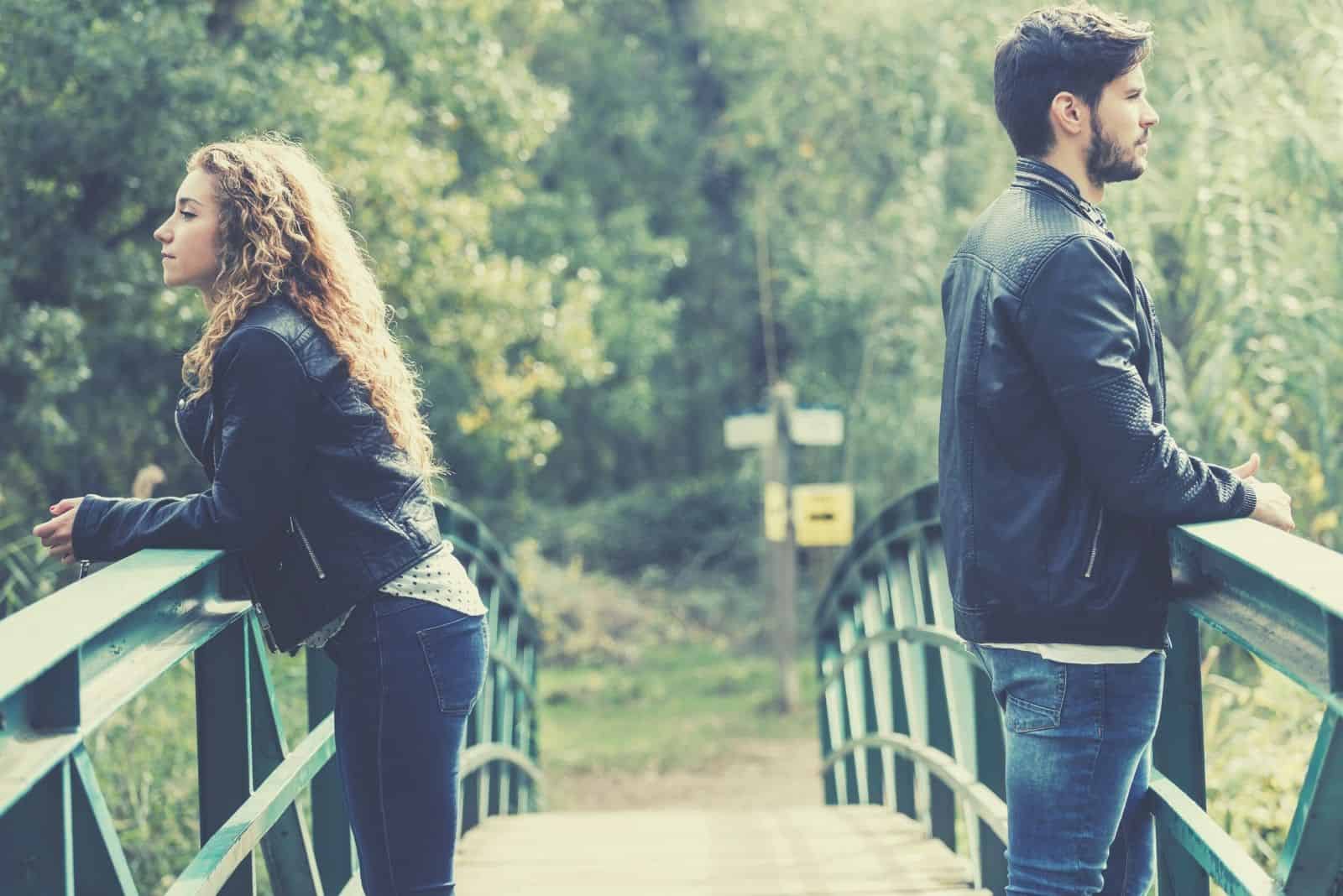 He’ll probably want to have the upper hand when it comes to your relationship. Don’t get me wrong, Scorpios don’t think that a man should be dominant in a relationship, but sometimes they like to take the lead.

You should let him do that because it would probably be a good thing. He won’t be controlling or anything like that; he’ll simply take the lead in places he actually should, like, for example, in the bedroom.

You’ll have to arm yourself with patience 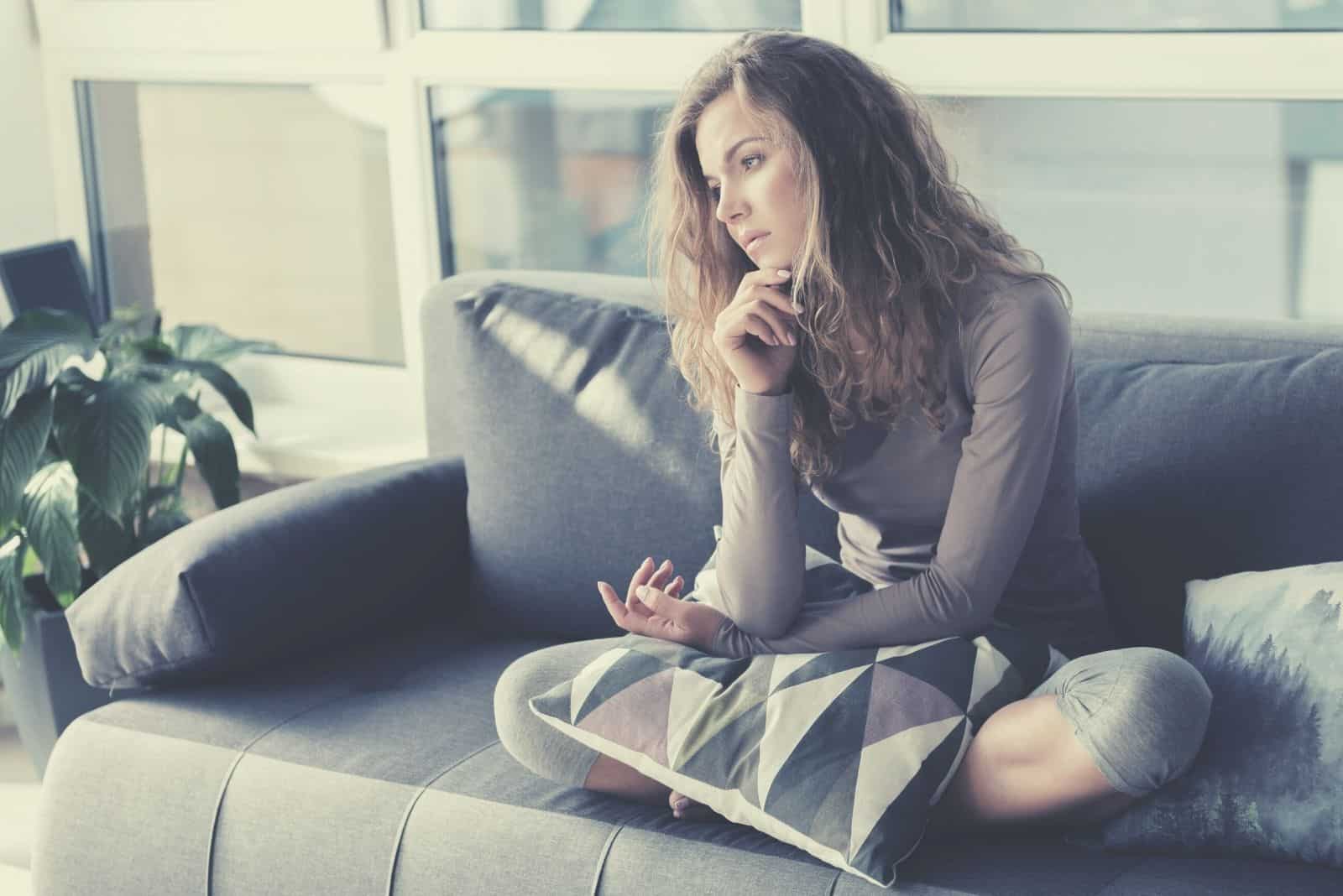 So, we have already established that Scorpios are complicated and that a romantic relationship with them can be pretty challenging.

I think it’s pretty obvious by now that you’ll need to have a lot of patience when dealing with them. If you truly love or like him, this won’t be a problem for you because we all know that waiting is a sign of true love.

Sometimes, you won’t know where you stand with him. Sometimes, it’ll seem like he loves and hates you the most at the same time.

However, all these things are just temporary because once he sees he can trust you completely and falls in love with you, he’ll never give you any reason to think that way again.

He’ll need a place to vent 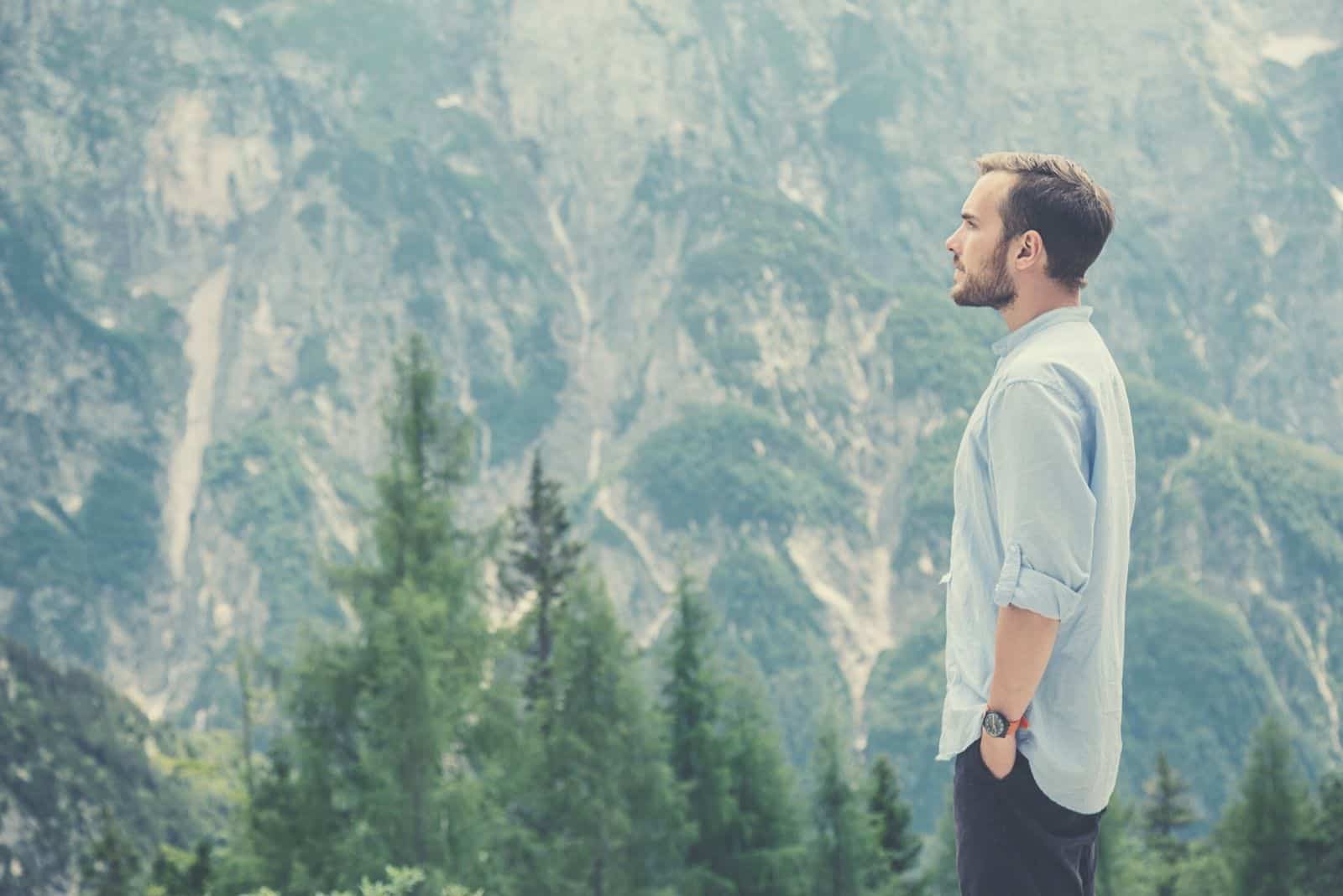 To be honest, we all need personal space and time for ourselves when we’re in a relationship. I have already explained why Scorpios are a little bit complicated, and I think it’s pretty obvious why they need some quiet time occasionally.

When he has personal problems or work issues, a Scorpio man likes to be left alone. You’ll help him best by giving him space and time to solve it by himself or just to vent a little bit alone.

If you don’t leave him alone in those kinds of situations, he’ll probably vent on you, which will be very bad for your relationship. You don’t want that, right? So, just let your man vent in the way he thinks works best for him.

You’ll need to be very understanding 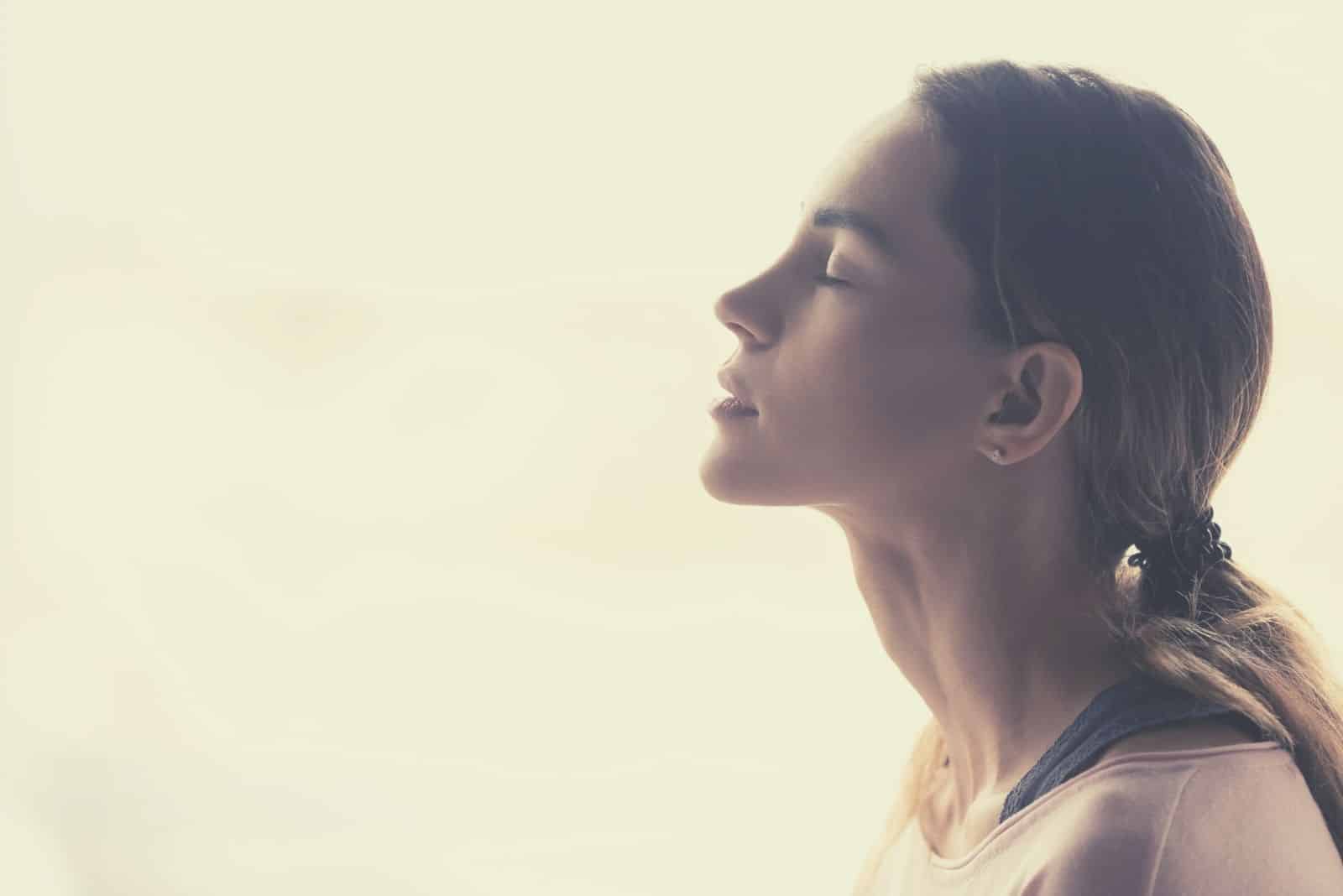 If you want to have a healthy, successful, and loving relationship with someone, you’ll need a lot of patience and understanding. It’s simply a fact.

Scorpio guys are very emotional and they get overwhelmed very often. If he asks you to leave him alone for some time, do it. You’ll talk about it later, but he feels that he should deal with it alone first.

You’ll have to make a few first moves 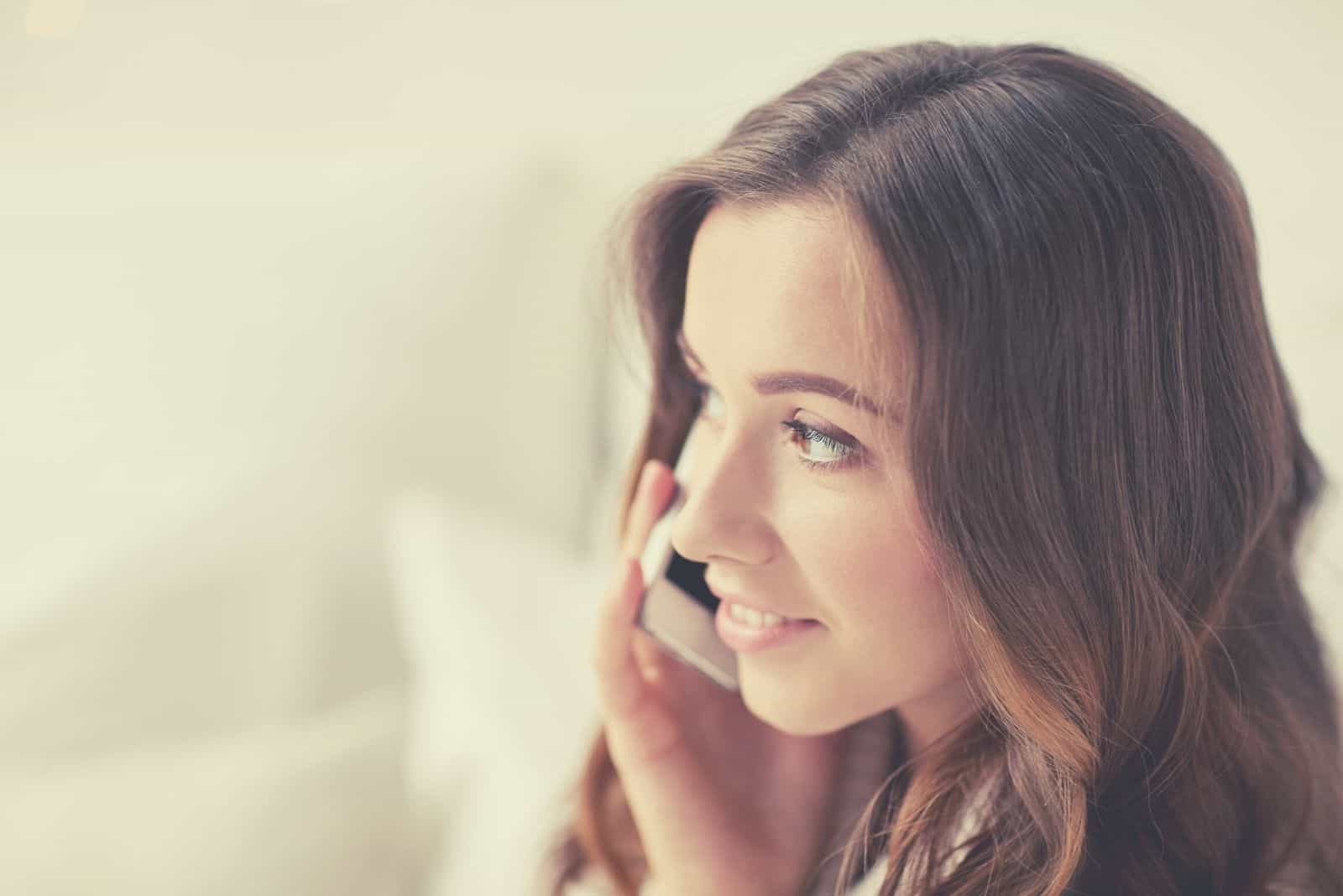 Even though a Scorpio man will be pretty confident with a woman he likes, sometimes you’ll need to make the first move because he’ll be too shy to do it.

Actually, Scorpios are afraid that they may cross a line with a woman they like and lose her that way. You will at least have to drop some hints to help him finally make the first move.

They also have a fear of rejection, so no matter how much you hang out or spend time texting, making the first move and scheduling the first date will probably be left to you.

Sparks will simply explode in the bedroom 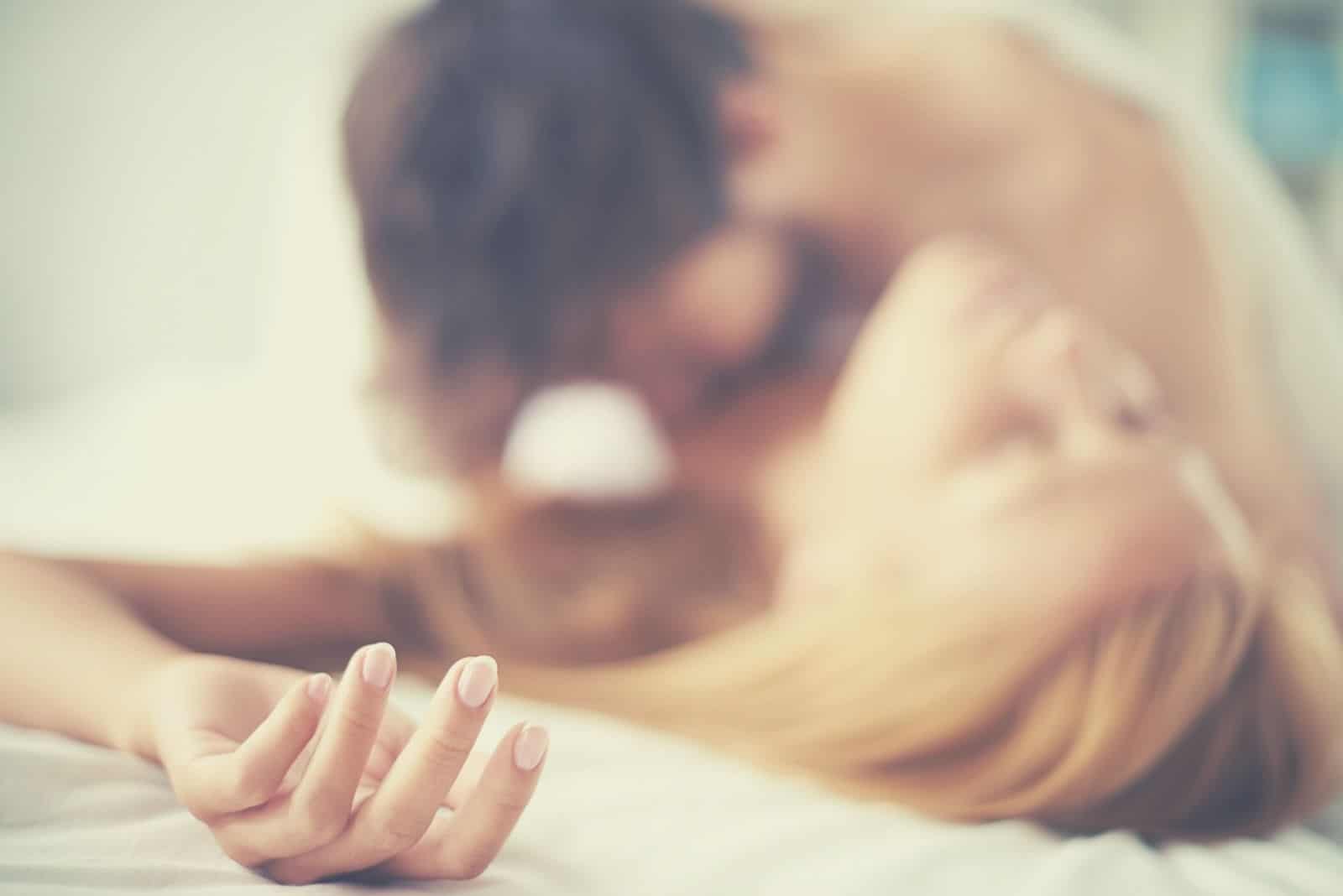 Scorpios are very passionate. They’ll surely wait with this part until they start trusting you, but once they feel that it’s time to take your relationship to the next level, you’ll see why they’re known as the most intense lovers of the zodiac.

However, I would advise you to skip the bed at the beginning of your relationship with a Scorpio man because you might paint the wrong picture about yourself that way.

He’ll probably want to take the lead in the bedroom, too, but it wouldn’t be bad to surprise him with some passionate bedroom games to spice up things a little bit more.

One-night stands, friends with benefits, and similar combinations are a big NO for Scorpios because, after all, Scorpios are water signs and they need to connect emotionally with a person before they become intimate with them. 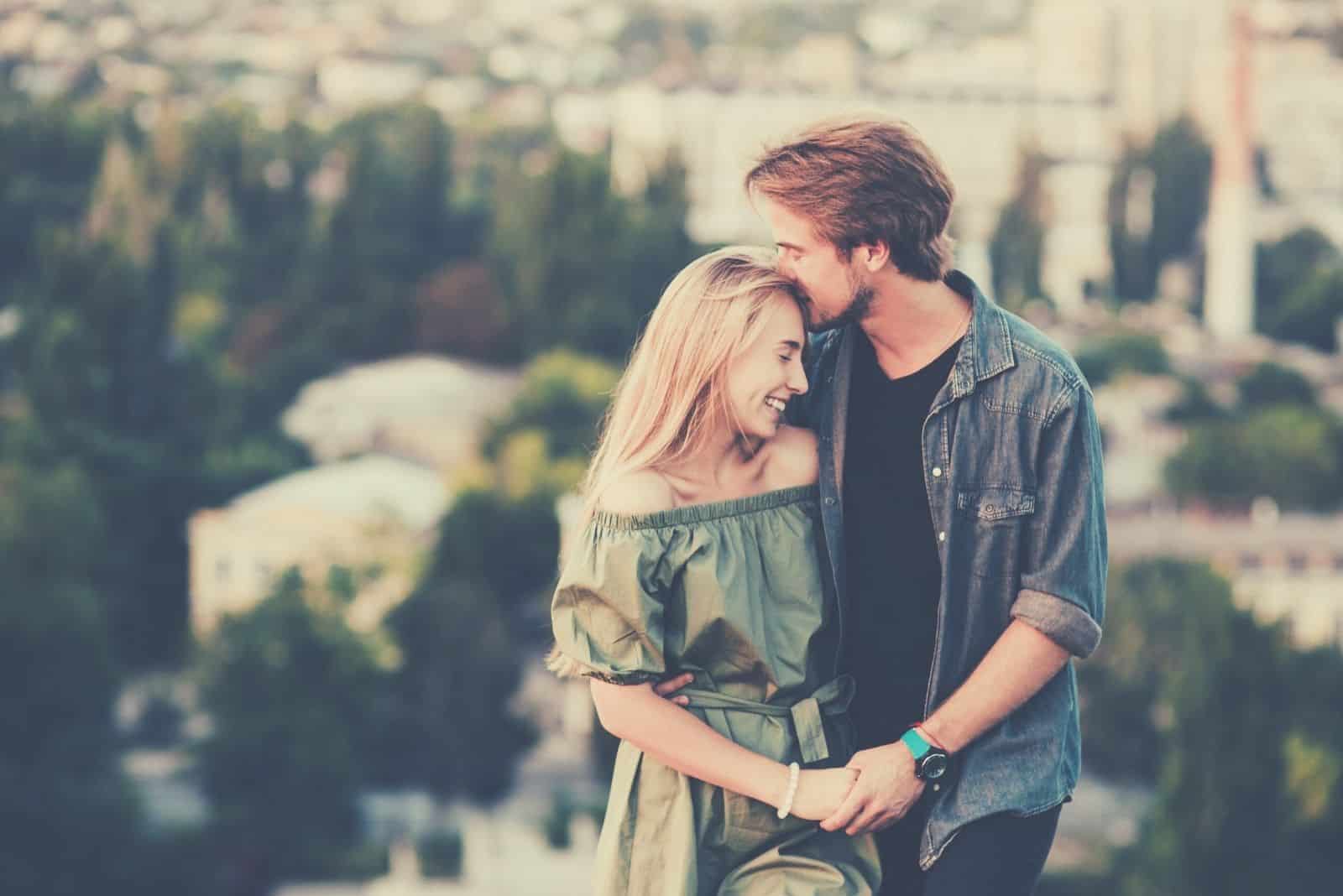 Let’s just mention their love compatibility first. Scorpios are most compatible with Virgos, Capricorns, and Pisces.

On the other hand, Leos, Aquarius, and Scorpio women should really try to avoid them because it will be very difficult to maintain a relationship between these signs.

Honesty is truly the way to a Scorpio male’s heart. He knows that building trust is the first condition for a successful and healthy relationship.

He’ll definitely try to test you because he doesn’t want to waste his time waiting to get to know you better only to find out whether you have the right qualities.

These early stages of dating a Scorpio man might seem a little bit challenging for you, but if you really like him, I say go for it. You can never know; maybe this Scorpio is actually your soulmate and you most assuredly don’t want to miss that.

[…] just have to be careful not to cross the line. If you two put a label on your relationship, you can’t go around dating another guy. That will chase a Scorpio […]