Having troubles in paradise with your Aquarius man? He’s pulling away and avoiding you, and now you’re probably wondering if you should do the same to him?

Before you make any decisions, I want to warn you about the possible side effects of ignoring an Aquarius man.

Aquarians belong to air signs of the zodiac, and that makes them thoughtful, charismatic, outgoing, and charming. They’re real experts in communicating, and it’s definitely their greatest personality trait.

Don’t let these outstanding Aquarius traits fool you. Aquarians have some flaws, too, which really makes them impossible to deal with sometimes.

Aquarius guys can be true rebels. They’re arrogant and sometimes really bull-headed. When they put their mind to something, they’ll try to achieve it no matter what.

Definitely, their worst trait is that they sometimes seem completely detached from their emotions. It really makes you think that you’re dealing with an emotionally unavailable man.

You need to understand that it’s really hard for an Aquarian to open up his heart to someone. However, once you manage to find a way to his heart, it’ll definitely be your safe place forever.

Contents show
1 10 Side effects of Ignoring an Aquarius Man
2 It’ll probably be a wake-up call for him
3 BUT, he may also pull away completely
4 You’ll get his undivided attention
5 It may make him withdraw further into himself
6 It’ll make him think about his actions
7 On the other hand, it may damage your connection
8 It’ll make him angry
9 He’ll want you to have ‘the talk’… actually, he’ll demand it
10 He’ll look at you with whole new eyes
11 Ignoring an Aquarius man will reveal whether he really loves you
12 Final thoughts

10 Side effects of Ignoring an Aquarius Man

Just as ignoring a Capricorn man, a Pisces man, or any other man, ignoring an Aquarius man can have both positive and negative side effects.

Here are some things that may happen if you choose to ignore him to get his attention.

It’ll probably be a wake-up call for him 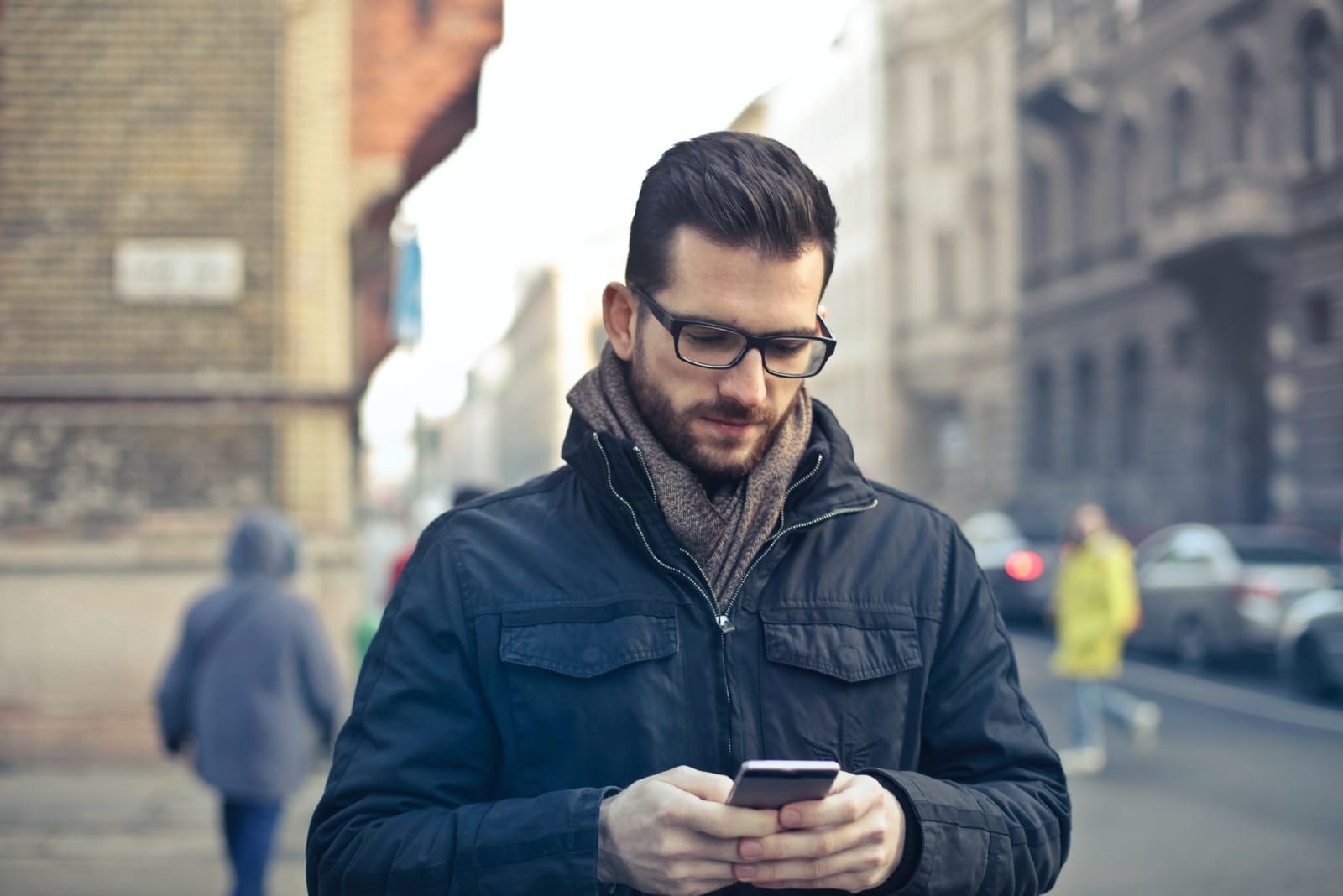 Ignoring an Aquarius man will make him understand that he can’t take you for granted anymore.

If he really loves and cares for you, he’ll miss you. He’ll know that this is how you’re trying to tell him that he might lose you if he continues to behave the same way.

Air signs are intelligent and it won’t take long for him to realize your message. He’ll probably reach out immediately because he won’t risk losing you. Of course, this is only if he truly loves you.

BUT, he may also pull away completely 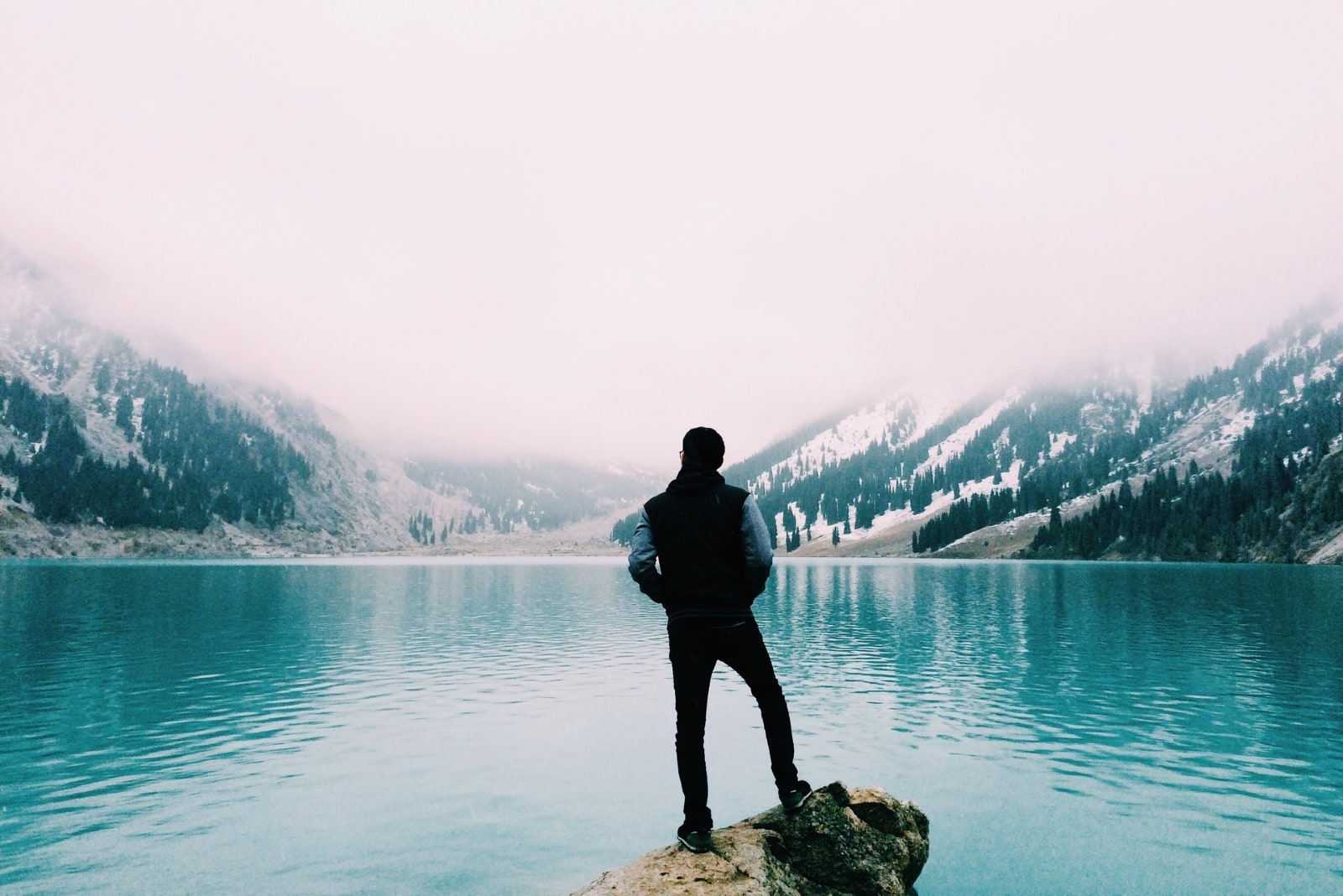 To be honest, if you ignore an Aquarius or a Virgo or a Leo man or any other man for too long, it might lead to a breakup.

The good thing is that this sun sign is very patient and he won’t give up on something he honestly cares for too easily.

He’ll give you some time to think, and he’ll use that time to make his own decisions regarding your relationship.

He’ll probably try to contact you several times, but if he sees that this doesn’t work, he’ll think that there is no place for him in your life anymore and he’ll break up with you.

This is the worst-case scenario of ignoring an Aquarius man, but don’t let it scare you or make you give up on your intention. It takes a lot more than ignoring to drive an Aqua man who’s in love away.

You’ll get his undivided attention 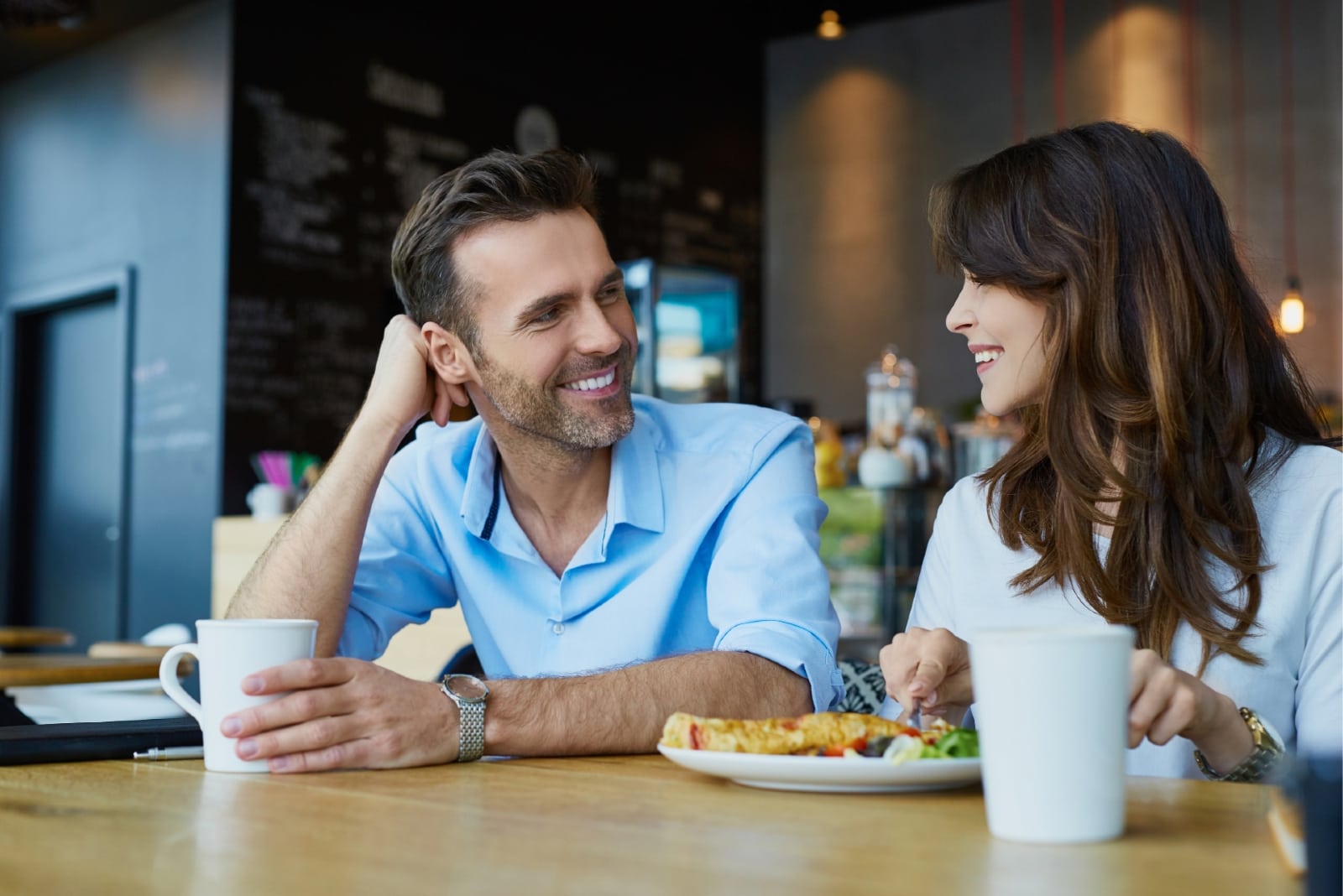 If he was neglecting and avoiding you, try to respond to him in the same manner. Give him the silent treatment and he’ll see how much it hurts when a person you love is ignoring you.

Also, I don’t know if you know this about Aquarians, but they like when women are playing hard to get. They like a good chase, and ignoring him will definitely gather his attention and make him chase you.

It may make him withdraw further into himself 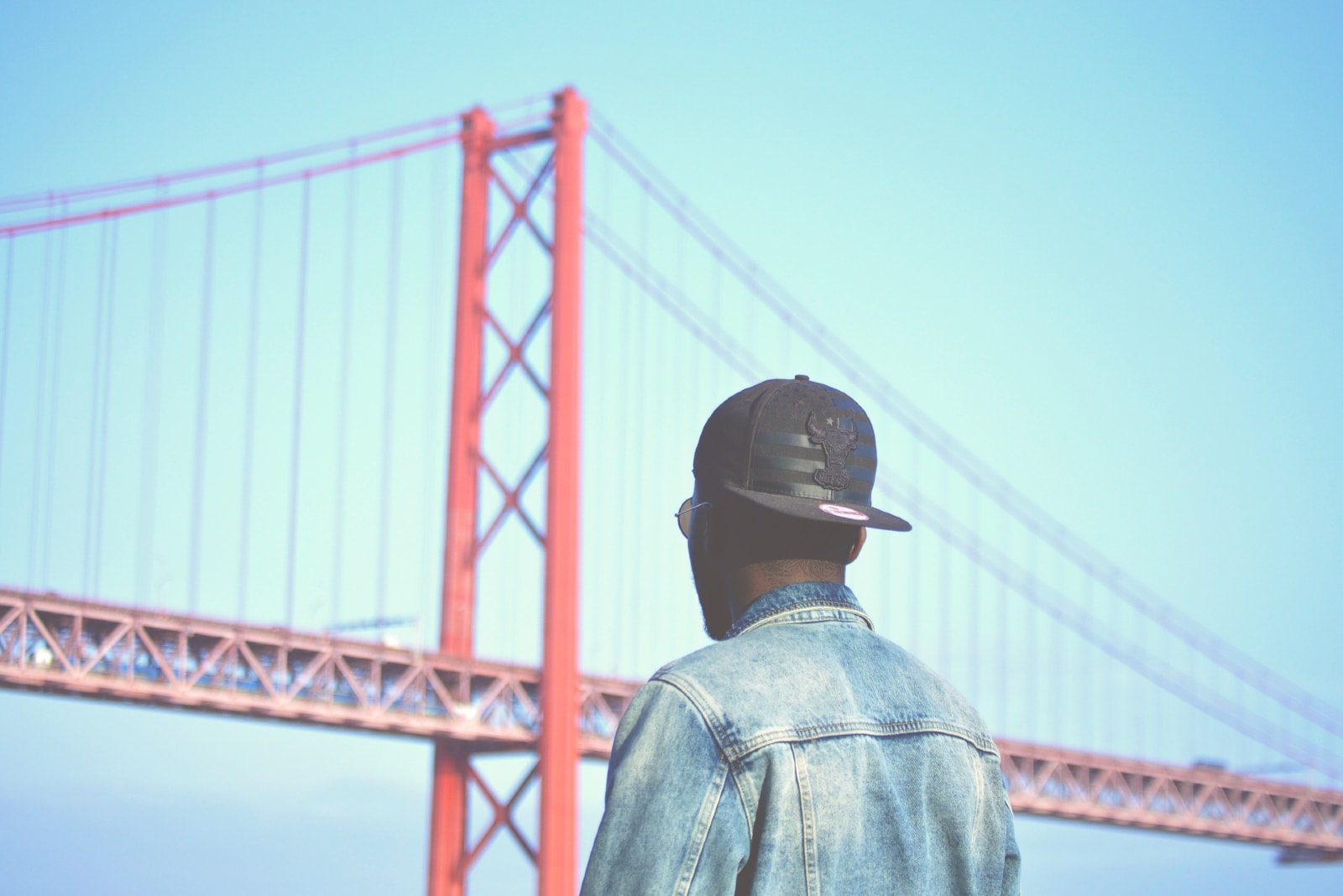 Men under this zodiac sign are sometimes truly hard to define. They’re outgoing and very fun to be around. They like hanging out with people, and their circle of friends is pretty big.

They like to talk with people and they can really talk with someone about everything, literally everything… except themselves and their feelings.

It’s very difficult for them to open themselves up even to their best friends. That’s why Aqua males can seem pretty distant sometimes. Some may even say they’re too cold and completely unavailable.

He can become distant and cold without any reason, and you shouldn’t think that it’s your fault or start wondering where you went wrong. It’s just how they are… it’s simply part of their nature.

You may hurt his feelings by ignoring him, and it can make your stressed man withdraw more into himself.

However, you need to remember that you’re doing this precisely because he was hurting your feelings for too long by neglecting you and taking you for granted.

It’ll make him think about his actions 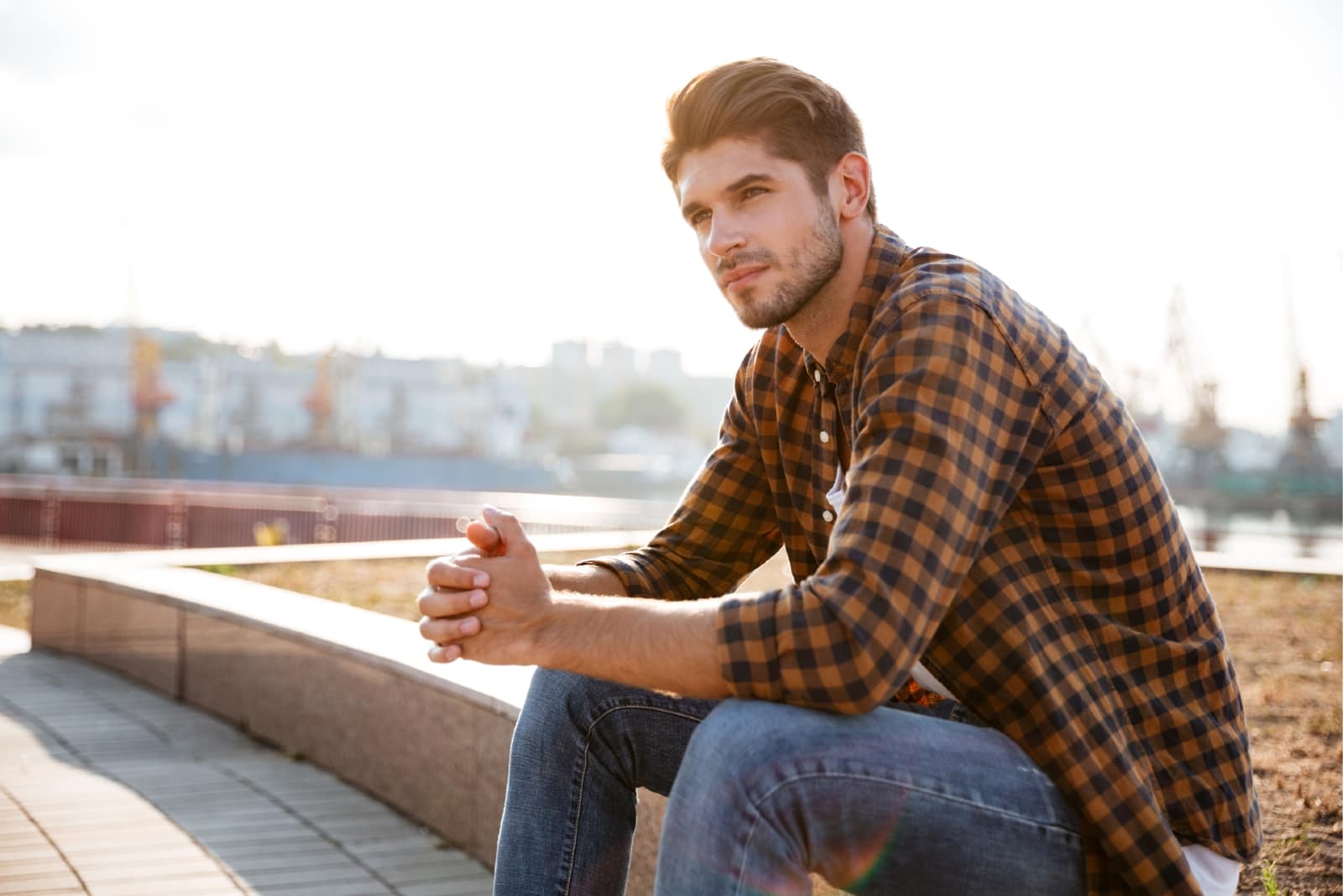 The fact is that both of you need some time to rethink your relationship. Ignoring your Aqua man will help you to think about whether he’s really the right man for you and is he really worth the fight.

While, on the other hand, it’ll also make him think about the way he treats you.
He’ll also understand that you’re ignoring him because you’re sick of his disrespect and his mistreatment.

He’ll know that he must work really hard in order to make things work again.

On the other hand, it may damage your connection 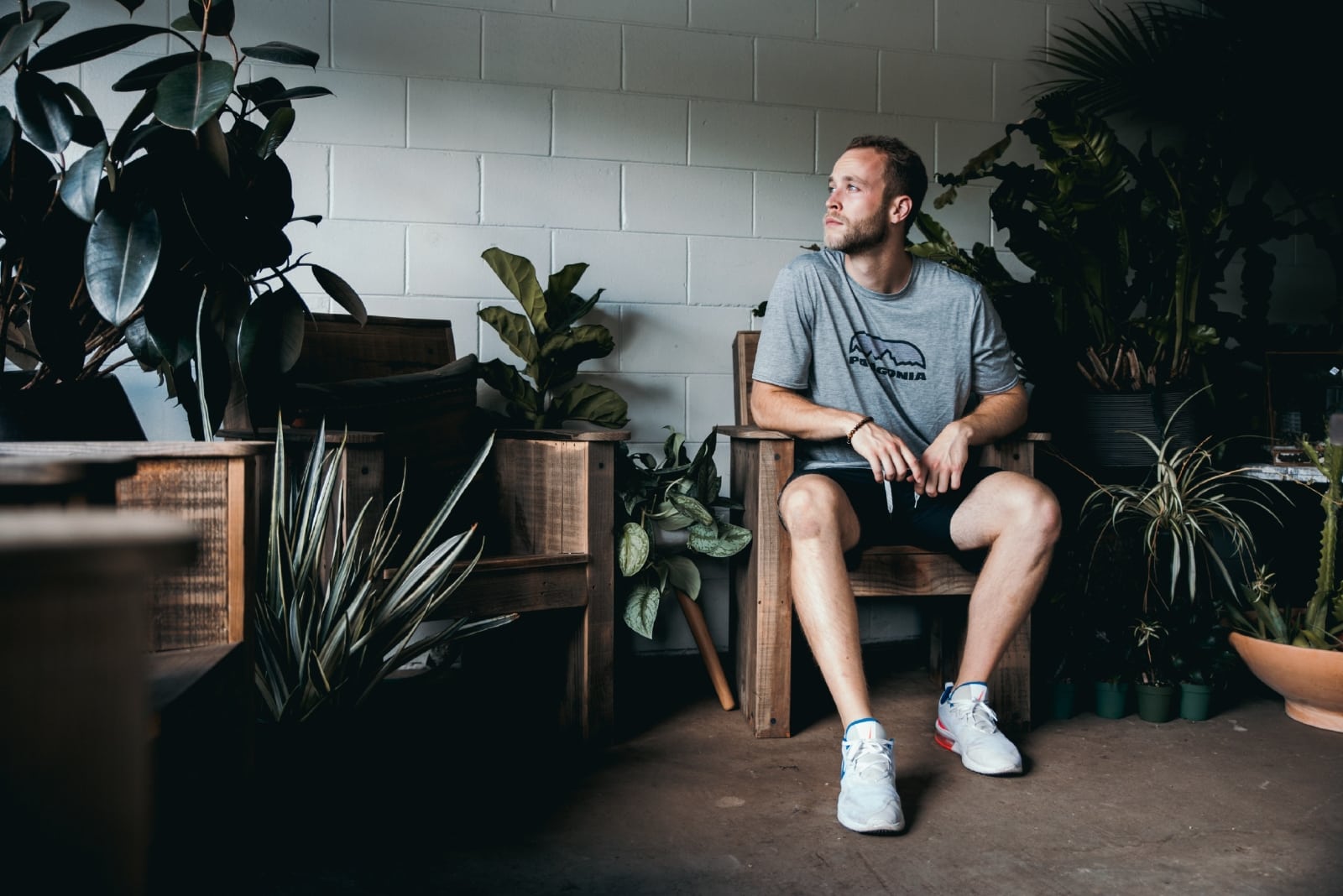 Well, let’s be honest… your relationship, and therefore, your emotional connection isn’t so great when you decide on this step.

Of course, it could damage your connection even more, but we can’t know that for sure.

It could make your Aquarius guy think that you’re ignoring him because you don’t care for him anymore, but Aquarians are more intelligent than that and they’ll figure out the reason behind your distant behavior almost immediately. 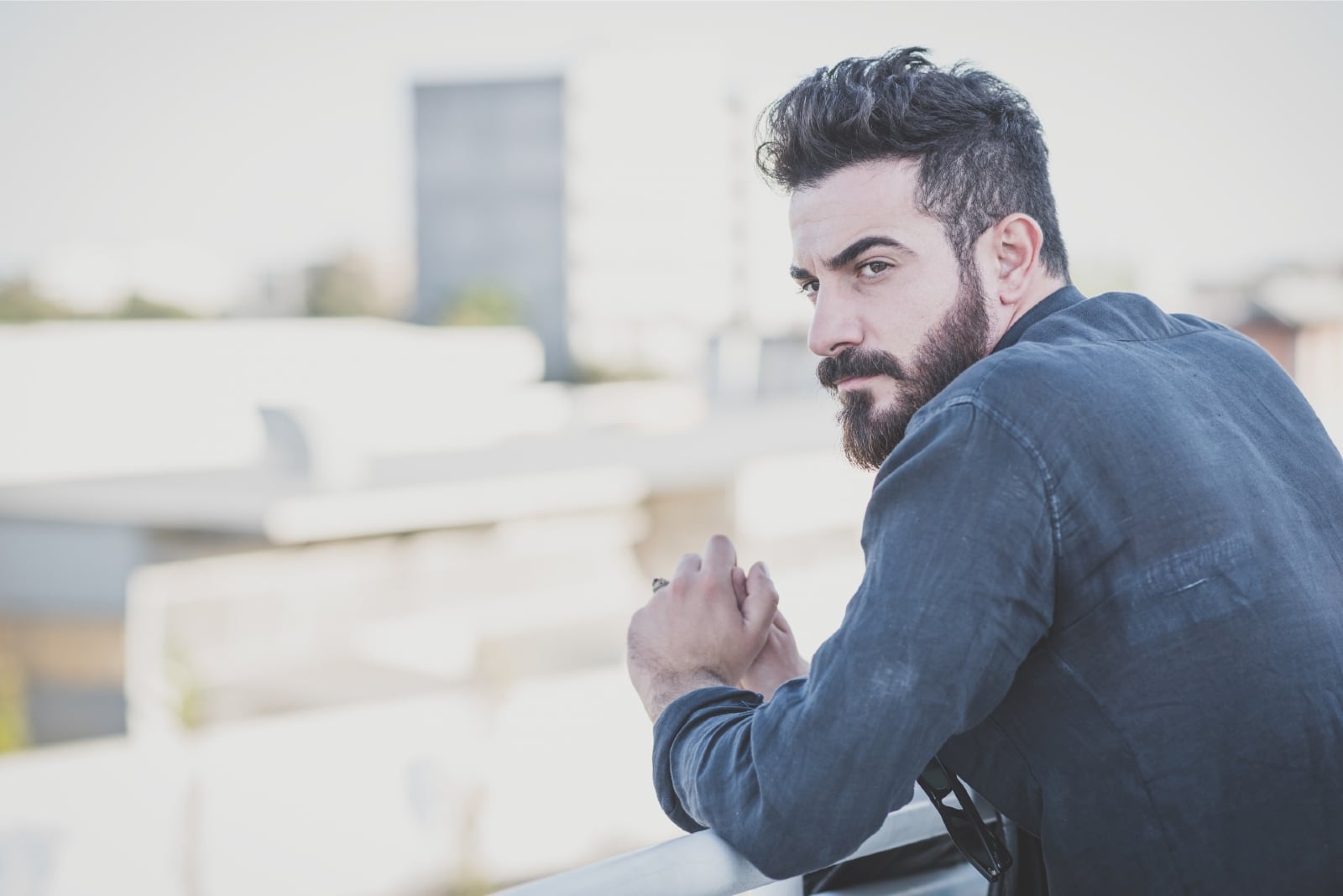 I think this one is pretty logical. Being ignored by the person we love would make us all angry and it would definitely hurt our feelings.

Aquarius males are very patient, but it’s better for you not to test his limitations.

If you see that he has understood the point you were trying to make and if he has started to change and beg you to give him one more chance, then that’s it… you’ve won, you have the upper hand now, and it’s time to set some new rules in your relationship.

He’ll want you to have ‘the talk’… actually, he’ll demand it 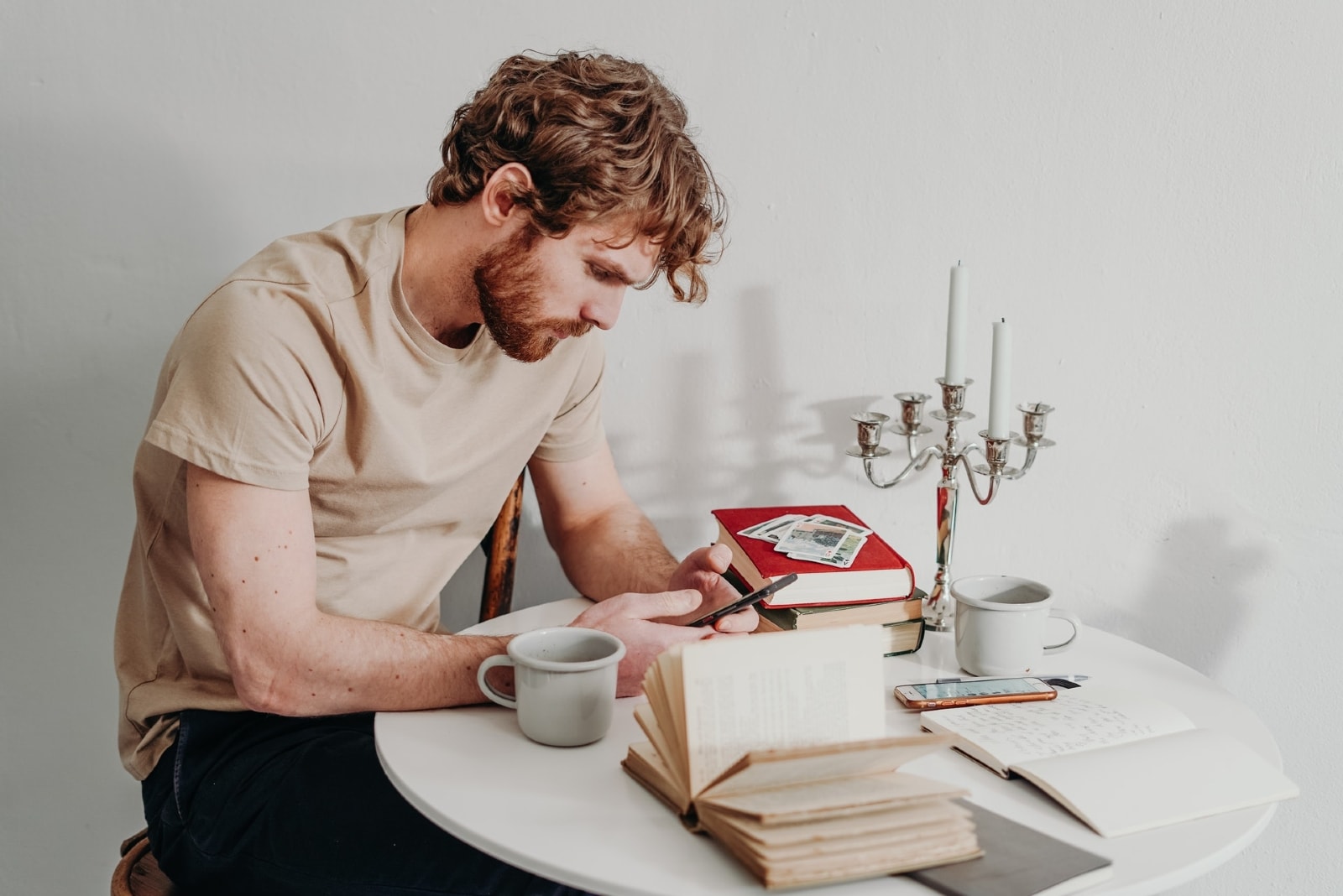 After he sees that you aren’t planning to stop avoiding him, he’ll try to reach you. I’m sure he’ll send you a msg asking you to have an open and sincere talk.

However, he won’t be completely sure if you’re doing this just to show him how it hurts to be ignored by someone you love or because your feelings for him have disappeared and you’re trying to break up with him.

He’ll most assuredly want to have ‘the talk’. Yes, the talk about the future of your relationship because Aqua males are like that… they must always know where they stand with someone.

He’ll look at you with whole new eyes 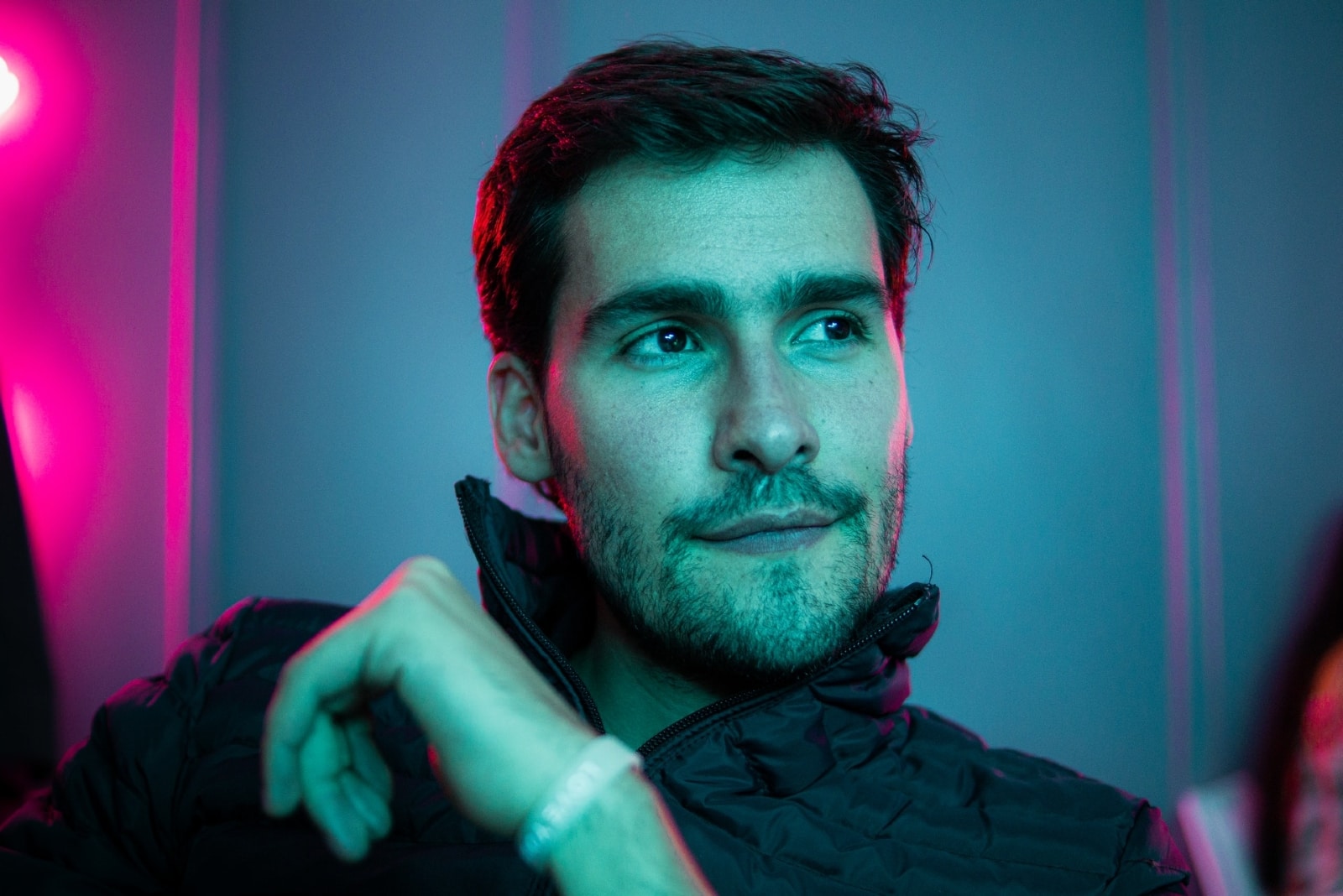 One of the reasons why your Aquarian man started to pull away could be your clinginess.

If you didn’t respect his need for personal space, then it’s no wonder why your Aquarius man ignores you and gives you the silent treatment.

Ignoring him will definitely help you to pull your Aquarius man back in. The fact is that every Aquarius man likes a good chase.

They don’t like to be chased, but they enjoy chasing women who give them the right reasons for it.
So, if your Aquarius man acts distant and starts avoiding you, don’t close in your room and cry every day.

Don’t post some depressive quotes or statuses on your social media. That definitely isn’t a way to get your Aquarius man back.

Do everything absolutely the opposite of that. Go out, hang with your best friends, and have fun. Ignoring an Aquarius man back can definitely help you get his attention.

It’ll definitely change the way he thinks about you. He’ll start seeing you as an independent woman who doesn’t need a man to be happy. That’s definitely a major turn-on for an Aquarius male.

Ignoring an Aquarius man will reveal whether he really loves you 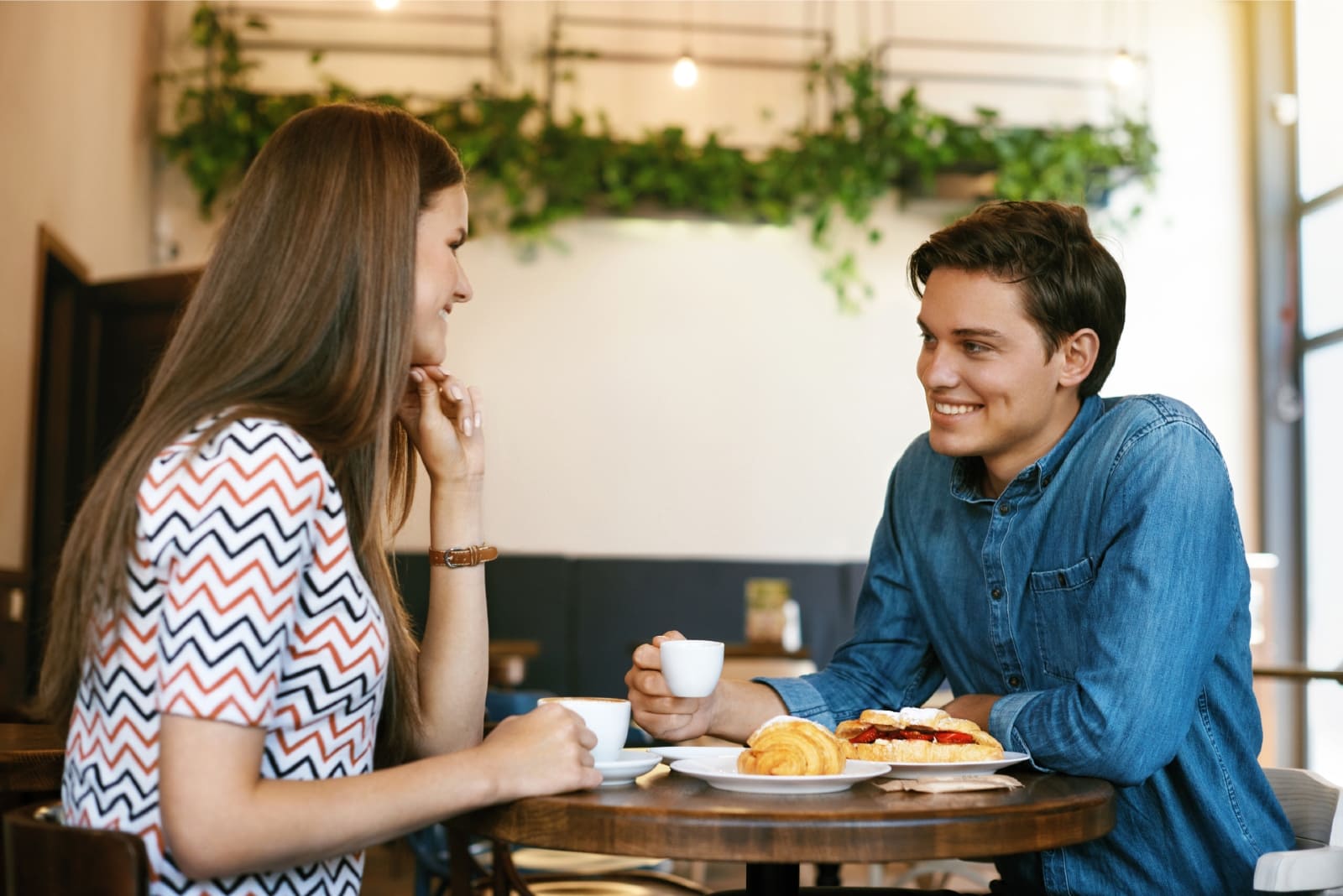 You need to look at things this way; the best-case scenario would be if you manage to get your Aquarian man back, but even if you fail to do it, that’ll also be a good thing for you because it’ll show you that he doesn’t love you anymore and that he doesn’t deserve to be in your life.

If he truly loves you, if he’s your soulmate, you won’t lose him, and that I can tell you for sure.

Aquarians can be arrogant, very stubborn, and unempathetic, but they’ll never risk losing a woman they honestly love. 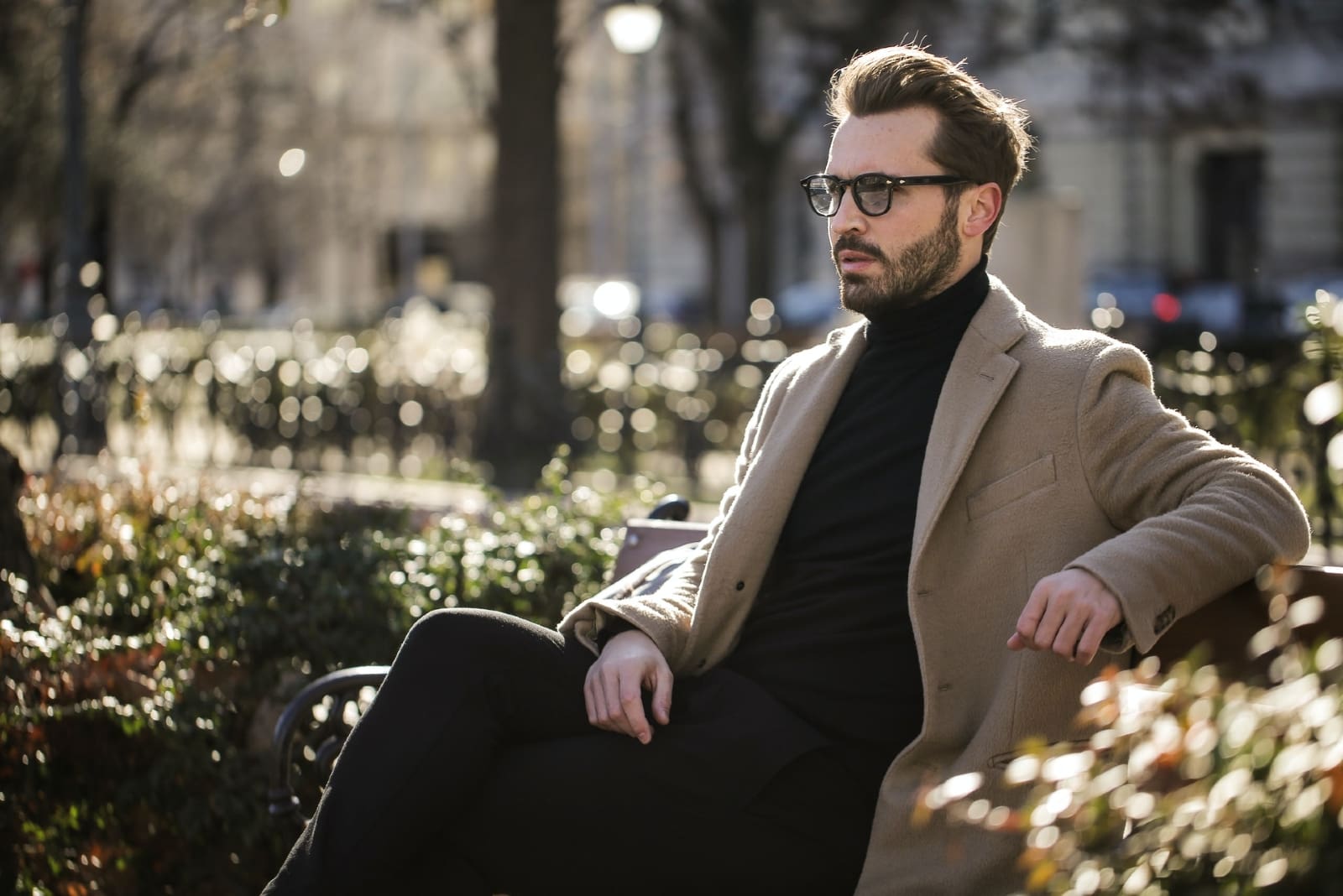 This task will be especially hard for Taurus and Scorpio women because they’re not compatible with Aquarians in general.

Speaking of their love compatibility, this air sign clicks best with Aries, Libra, and Sagittarius women. Aquarians and Geminis are true love matches of horoscopes.

You’re about to set out on a very challenging journey, and I really have to warn you that it won’t be easy.

However, if you’re sure that he’s your true soulmate, then every sacrifice will be worth keeping him in your life.

There will be plenty of moments when you’ll regret it all because you’ll start thinking how ignoring your Aquarius guy is only pushing him further away. Those moments will pass… you just need to be patient.

Be strong, be fearless, and don’t give up no matter what happens. Ignoring an Aquarius man will definitely permit you to have the upper hand in your relationship finally.

Even if you don’t manage to draw your man back in, it’ll also be a good thing because it’s how you’ll know that he really doesn’t care about you at all.

Anna Kovach, the famous relationship astrologer, explained it nicely; “Aquarius men can be difficult to deal with sometimes, and when they are, walking away or ignoring them tends to wake them up to the reality of what is going on. Unless he really doesn’t give a flip about you, he’ll wonder what is going on.”