Hitting rock bottom is one of the hardest things to go through. It can leave you hopeless, but these rock bottom quotes will help you see that you can rebuild your life!

To hit rock bottom means to hit the lowest point of life. It’s surrendering under a sea of pressure and chaos.

But you’re not alone, and I hope these inspirational quotes can help you find a glimmer of hope.

Giving up is easy, but finding the courage to get back up takes willpower and strength. So how do you put yourself back together and turn over a new leaf?

Through hard work and with the help of these motivational quotes. Find the strength within that will help you nurture your mental health and get back on track!

Here are some of the best quotes proving that finding new beginnings after hitting rock bottom is indeed possible. 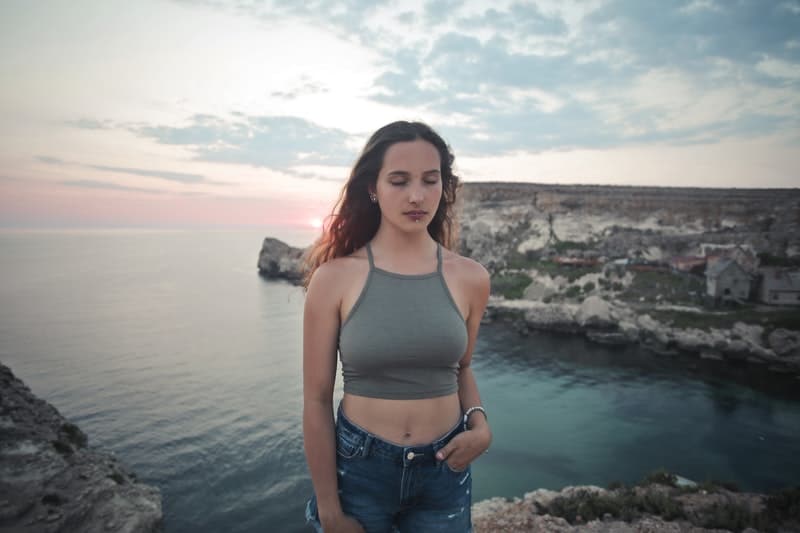 1. “Rock bottom became the solid foundation on which I rebuilt my life.”―J.K. Rowling

2. “And I know for sure, with absolute certainty, that this is rock bottom, this what the worst possible thing feels like. It is not some grand, wretched emotional breakdown. It is, in fact, so very mundane: …Rock Bottom is an inability to cope with the commonplace that is so extreme it makes even the grandest and loveliest things unbearable… Rock bottom is feeling that the only thing that matters in all of life is the one bad moment… Rock bottom is everything out of focus. It’s a failure of vision, a failure to see the world how it is, to see the good in what it is, and only to wonder why the hell things look the way they do and not—and not some other way.”―Elizabeth Wurtzel

3. “‘I need you.’ He could not go any further down. Rock bottom. And at the very bottom was just this one thing. The core of it all. ‘Fucking… love you… too much.’”―Aleksandr Voinov

4. “I think this is what we all want to hear: that we are not alone in hitting the bottom and that it is possible to come out of that place courageous, beautiful, and strong.”―Anna White

5. “When you decide to hit rock bottom, humiliation is part of the deal.”―Guillaume Musso 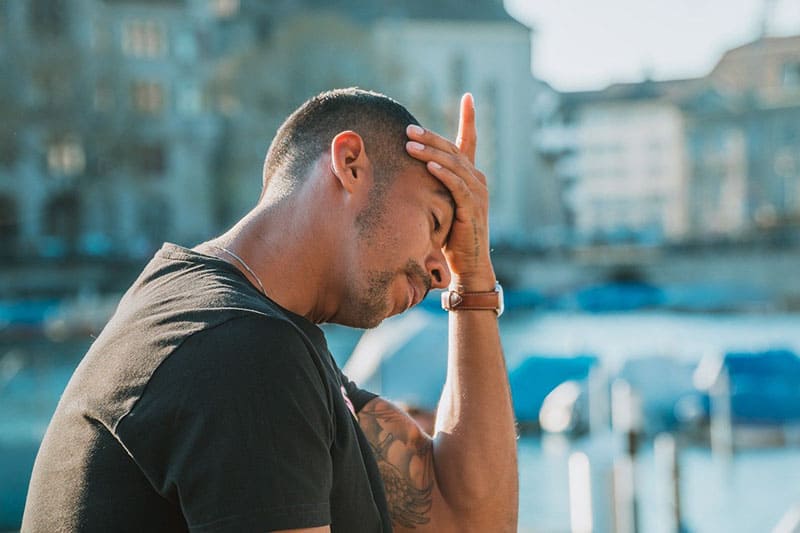 6. “He waited for the black, terrible anger as though for some beast out of the night. But it did not come to him. His bowels seemed weighted with lead, and he walked slowly and lingered against fences and the cold, wet walls of buildings by the way. Descent into the depths until at last there was no further chasm below. He touched the solid bottom of despair and there took ease.”―Carson McCullers

8. “When this ultimate crisis comes… when there is no way out―that is the very moment when we explode from within and the totally other emerges: the sudden surfacing of a strength, a security of unknown origin, welling up from beyond reason, rational expectation, and hope.”―Émile Durkheim

9. “When you feel like you have been hit, dig deep and hit back. Rock bottom is not your end; it is your beginning.”―Christine Evangelou

10. “It is only in nothing… A damp, dull, nothingness; those cold, sharp, empty spaces; in our times of scarcity and loss, that we understand the true meaning of everything and the indelible value of what was cost.”―Christine Evangelou 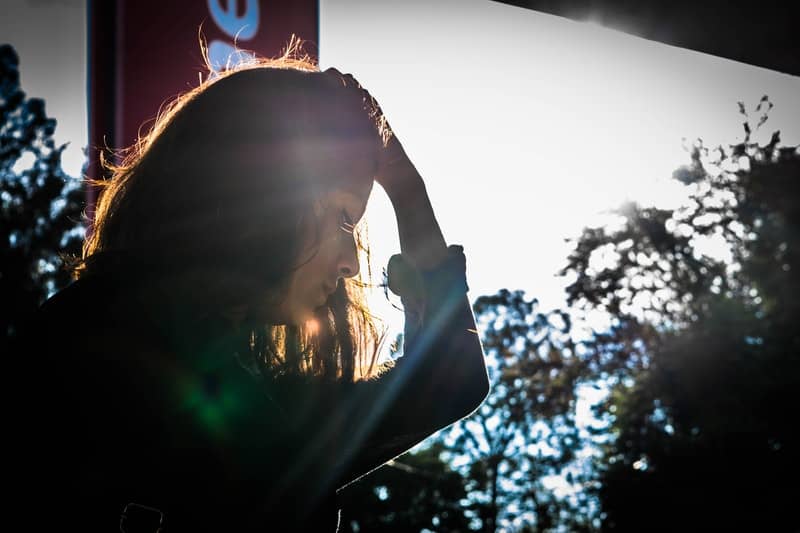 12. “It is impossible to lose everything and still be alive.”―Mokokoma Mokhonoana

13. “Life is not for the faint-hearted.”―Nicky Verd

14. “People dealing with trauma and depression don’t magically get better overnight. It’s not like in the movies, Mary. There’s no magic reset button at rock-bottom.”―Benjamin W. Bass

15. “When you hit rock bottom; test your limits, compete with yourself and challenge your potential. There is no greater glory than self-achievement.”―Somya Kedia

16. “As it turns out, it was that very rock bottom that became the most firm foundation I had ever planted my feet on. A foundation so solid, it finally provided the springboard I needed to outrun that teasing, taunting shadow of unworthiness that had followed me my entire life.”―Mandy Hale

Uplifting Quotes To Pull You Through 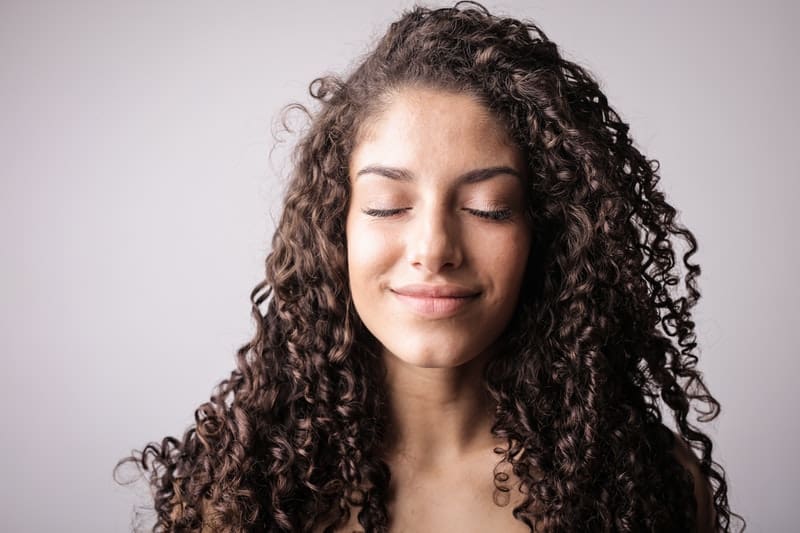 1. “I will say this about that moment when you realize your worst nightmare has proven to be reality—it can be oddly comforting. After all, once you’ve hit rock bottom and lived, there’s only one place you can go, and that’s up.”―David Clawson

2. “When I try to reconstruct the place that I was, at that point in my life, to figure out how I got there, to that punch, to that bed, to that girl—I can’t. I can see where some bad decisions led to some other bad decisions, but I can’t get all the way there; it’s like I imagine a curve, where I’m dropping lower and lower down, and then I’m off the radar screen, invisible, and then, after some time goes by, the line is rising, visible again, and I don’t know what happened in between.”―Kristen Roupenian

3. “Sometimes it takes being left seemingly with nothing to realize that you are everything. To see that you held the key to your own happiness and self-worth and belonging and wholeness all along.”―Mandy Hale

4. “Here’s the thing about hitting rock bottom. You can either stay down there or get back up. It’s your choice.”―Hannah Camacho

5. “Rock bottom is the bedrock from which every good thing was ever built.”―Toni Sorenson

6. “There is no pillow, no comforter, no room for the night at rock bottom. Once you hit there, get up and get out!”―Toni Sorenson

7. “Sometimes we need to be knocked down in a place so dark that we have no choice but to trust our heart to illuminate the way.”―Brittany Burgunder 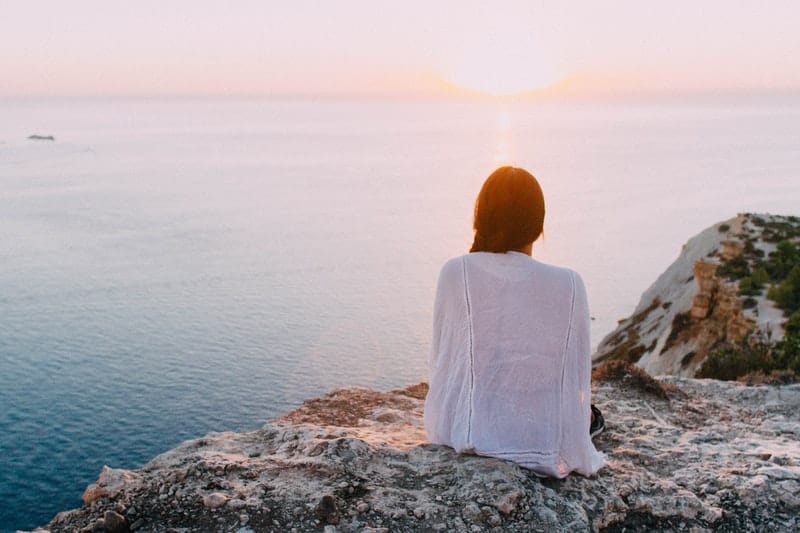 8. “Rock bottom is lower than I thought, there is nothing to look forward to. So for now, I just have faith and I’ll let it guide the way until I can stretch my wings wide and fly again.”―Sai Pradeep

10. “Rock bottom had turned out to be more greasy and hairy than rocky.”―Mandy Ashcraft

11. “After five years of living in New York City, Larry had completely ruined his life and hit rock bottom. He lost any aspirations of ever regaining what had become so far out of reach. Once hope was abandoned, he really did not have much else left.”―Jason Medina

12. “When you hit rock bottom―that is when you realize how much God loves you. Because when everyone walks away, He carries you.”―Gift Gugu Mona

13. “Looking at the sky from the bottom of the deep hole, below the visible surface and away from the superior heights once conquered, the traveler realized how he reached the rock-bottom! It all started with avoiding the issues by digging holes and hiding like the ostrich, thinking they would pass, but didn’t realize that issues multiplied and so did the depth of the hole.”―Shahenshah Hafeez Khan

14. “One of the most amazing things that we often forget is this: God never forgets us! Face it; you could hide under a rock, BUT, God will still be beside you saying, ‘Rock bottom, already?'”―Mary Kate

See also: How To Make Your Ex Want You Back: 10 Methods That Really Work

Wisdom Quotes When You Fall On Hard Times 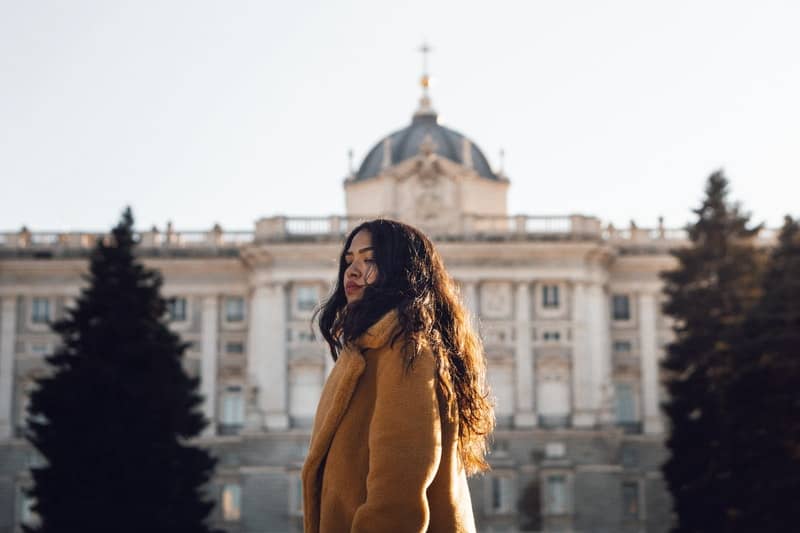 1. “Once you hit rock bottom, that’s where you perfectly stand; that’s your chance of restarting, but restarting the right way.”―Justin Kanayurak

3. “It just seemed to me that if you valued a thing, you found ways to keep it from being compromised.”―R. K. Lilley

4. “There would be no cloud-nine days without rock-bottom moments left below.”―Richelle E. Goodrich

5. “In the process of helping others, I helped myself. In acting out of my own brokenness I became whole again. It’s the kind of strength and determination you find when you have hit rock bottom and you realize you could die right now―and want to, but realize that even death won’t make the difference you were hoping for.”―Christina Engela

6. “The purest form of faith happens when you reach the bottom of your reasoning and find there is nothing that you can do that will make sense out of what you have been through.”―Shannon L. Alder 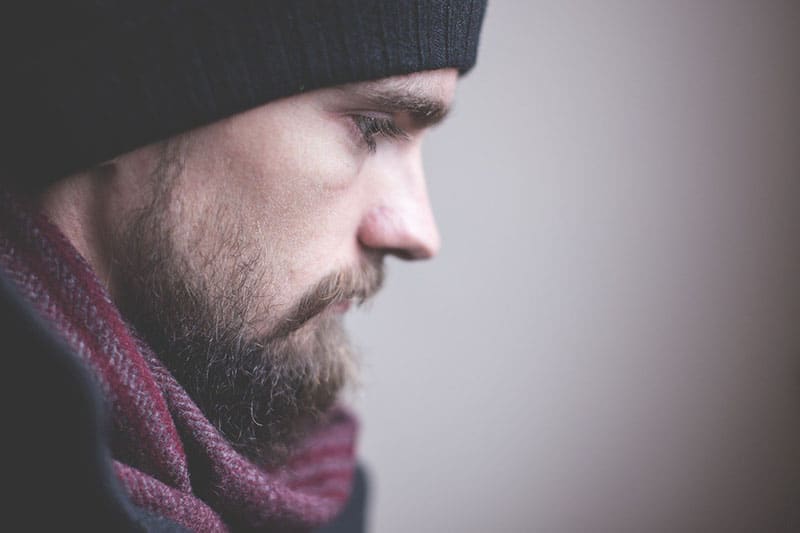 8. “Nearly everyday life leans over and says, ‘Come on down!’ But standing at the bottom looking up, it’s finally dawned on me that it’s not these invitations that have dug this hole. Rather, it’s the fact that I accepted them.”―Craig D. Lounsbrough

9. “The beauty of adversity is that when we hit bottom, the only way to go is up.”―Dana Arcuri

10. “Sometimes it takes an overwhelming breakdown to have an undeniable breakthrough.”—Unknown

12. “She was getting worse, but I knew that I had to stand by her. I knew the type of woman she really was and I needed to find a way to help her find herself. She didn’t give up on me when I hit bottom, so I wouldn’t give up on her.”―Matt Abrams

13. “Sometimes we have to reach rock bottom before we’re willing to rise up and overcome our trials.”―Dana Arcuri

14. “This is only rock bottom if you let it be.”―Lauren Evers 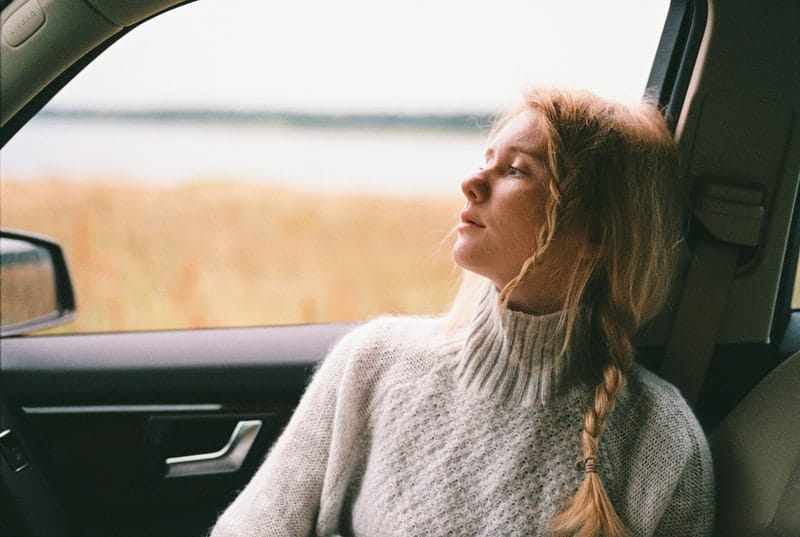 15. “Never be afraid to fall apart. It represents an opportunity to rebuild yourself the way you wished you’d been all along.”—Rae Smith

16. “If we have no peace, it is because we have forgotten that we belong to each other.”―Mother Teresa

17. “Strength and growth only come from continuous effort and struggle.”—Napoleon Hill

18. “I have found the paradox―that if you love until it hurts, there can be no more hurt, only more love.”—Mother Teresa

19. “You must not lose faith in humanity. Humanity is an ocean; if a few drops of the ocean are dirty, the ocean does not become dirty.”—Mahatma Gandhi

20. “It’s gonna be okay. No matter how hard your rock bottom is, you can rise above it and you can come back.”—Demi Lovato 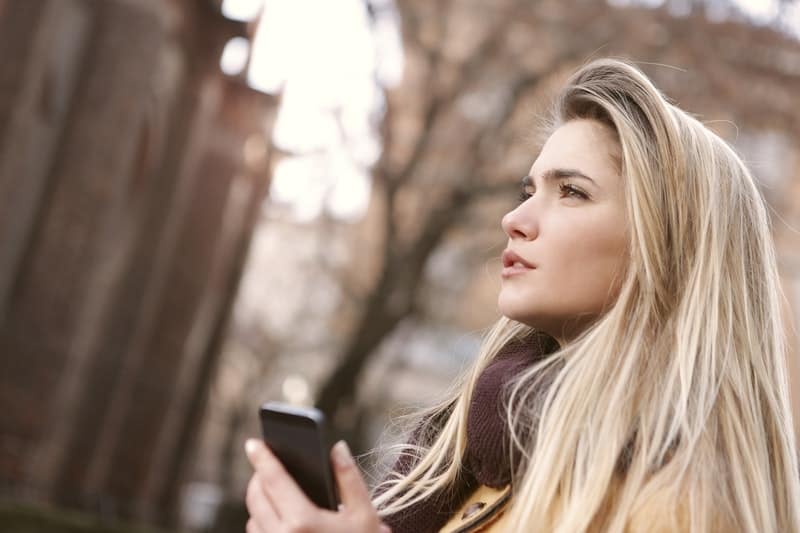 I hope these hitting rock bottom quotes helped you realize just how badass you can be. Just because you’ve reached the lowest point, doesn’t mean you don’t deserve to get back up!

Help yourself to these daily quotes of strength and encouragement whenever you start feeling like rock bottom is a bottomless hole. It’s not!

The lowest points teach us the biggest lessons. And you’re on your way to uncovering yours! Find a motivational quote of the day each time you struggle and keep it with you throughout the day.

One day, it’ll start becoming a habit, and not just something you’re forcing yourself to do. Being kind to yourself is where the healing starts.

Begin there and see where your journey to self-acceptance takes you. It won’t be easy, but hey―nothing worth having ever is!

See also: My Ex Wants To Be Friends: Here Are 9 Reasons Why That’s A Bad Idea 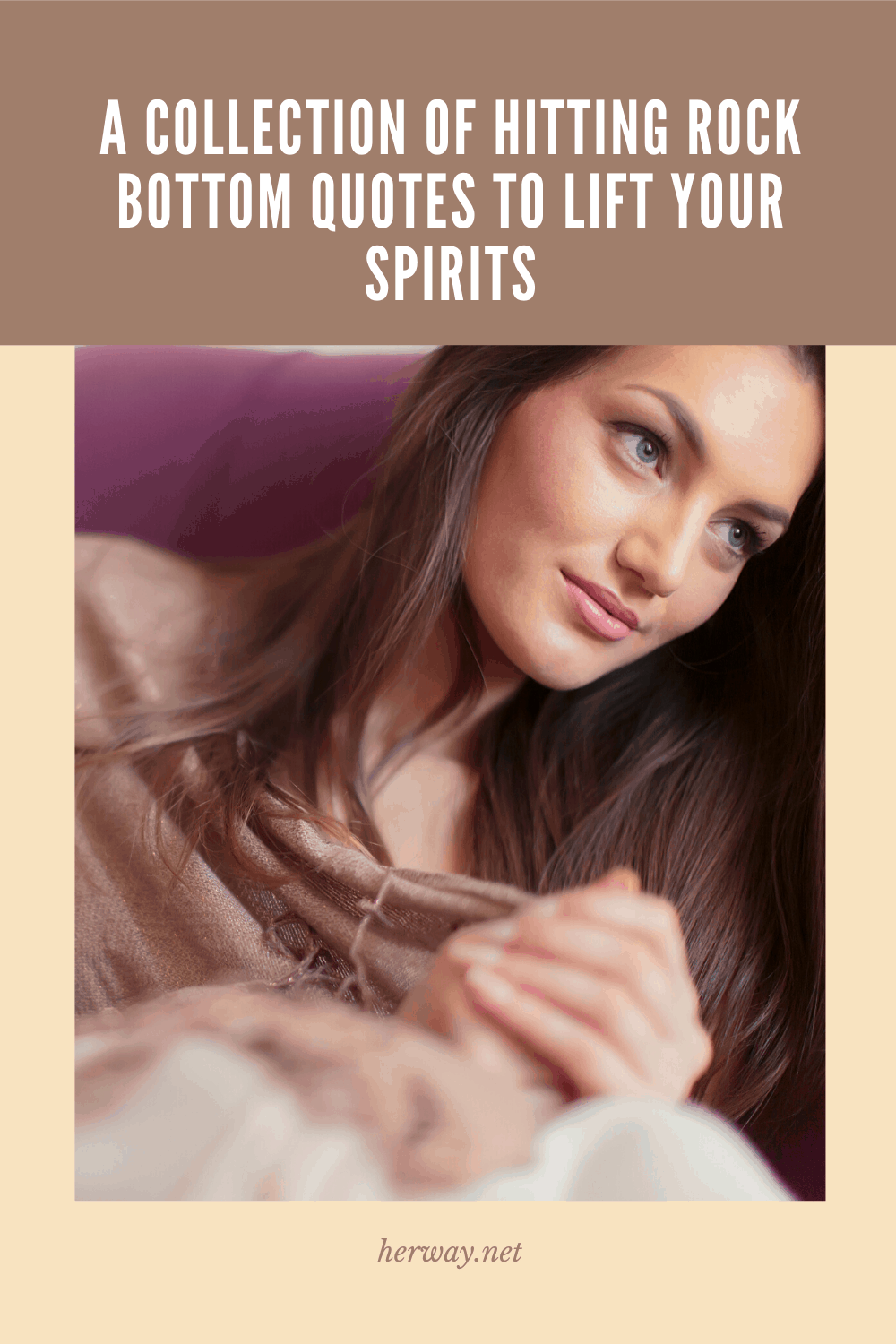 Best 22 Starting At The Bottom Quotes - The Maris