When it comes to the definition of a Sapiophile, it’s someone who is attracted to intelligence in others.

They want to know your views on life in general and your opinion about certain topics. They look beyond anything typical about a human being and fall in love with the unusual.

Good looks and a fat bank account aren’t important to these people—what they want in life goes beyond all of that!

There is a chance that you are one of the rarest people in the world, one of those who look above the physical.

To know if you are a sapiophile, than you must have these characteristics:

Contents show
1 You are an intelligent person yourself
2 Smart talk turns you on
3 Ignorance scares you
4 Bad grammar can make you really mad
5 If you come to their house and they don’t have books around, you leave
6 People with taste intrigue you
7 Emotional intelligence matters also
8 You want a great listener by your side
9 You want thought-provoking questions
10 You want someone who stands up for themselves in a conversation

You are an intelligent person yourself 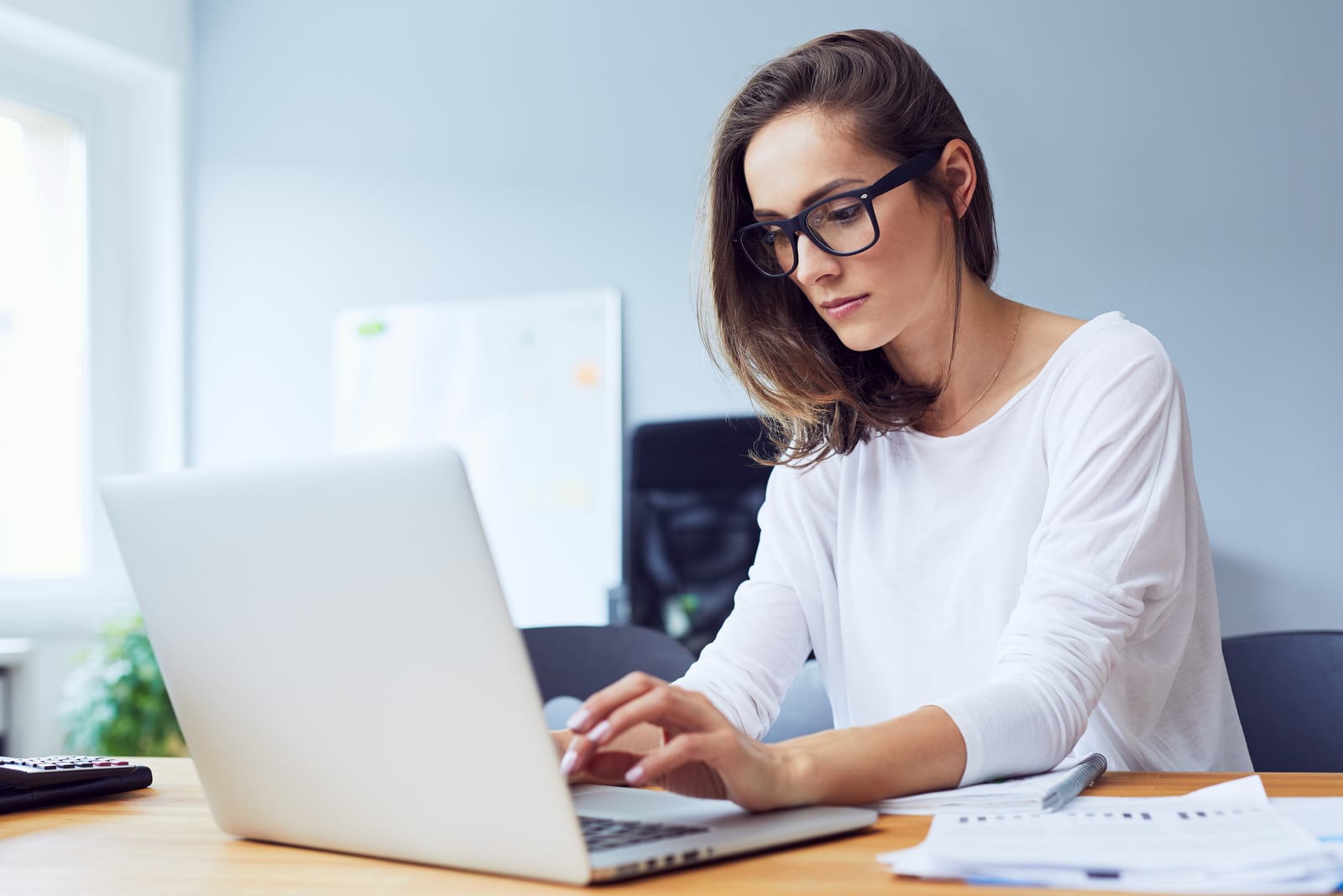 You attract your own kind. Intelligent people simply can’t talk with the average person, so you tend to seek people who are intelligent as well.

Stupid people bore you and that’s the reason why your social life is a bit complex.

Staying home with one or two of your friends while drinking wine is much more appealing to you.

Smart talk turns you on 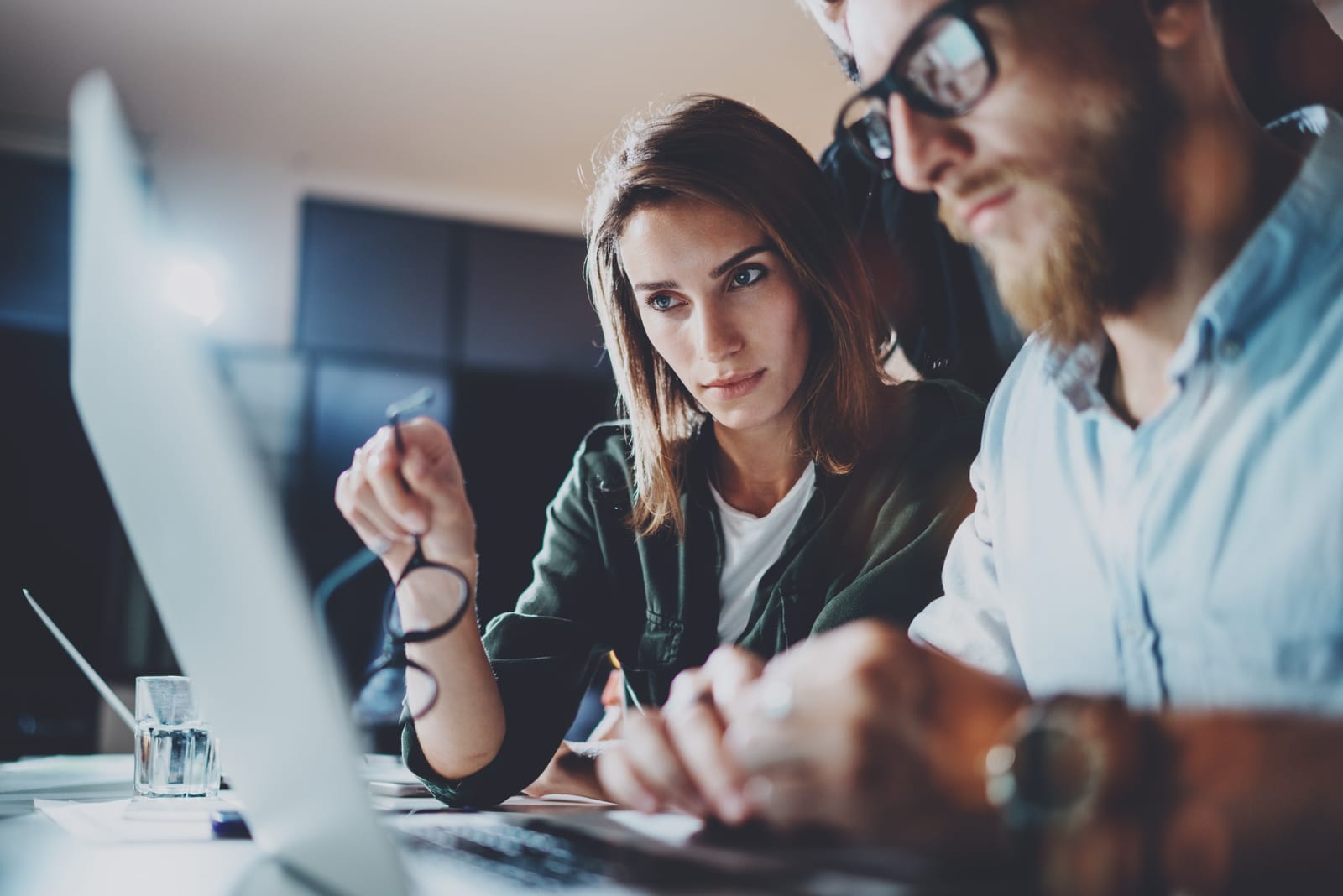 The foreplay for a sapiophile is probably a discussion about some book or an art piece. Sapiophiles don’t really care about showbiz and what someone wore.

They care about the galaxy and about museums, not about discos and runways.

To turn you on, to make you want to have sex with your partner, the only thing they must do is to make you question your beliefs, provoke a thought process and teach you something new. That’s it. 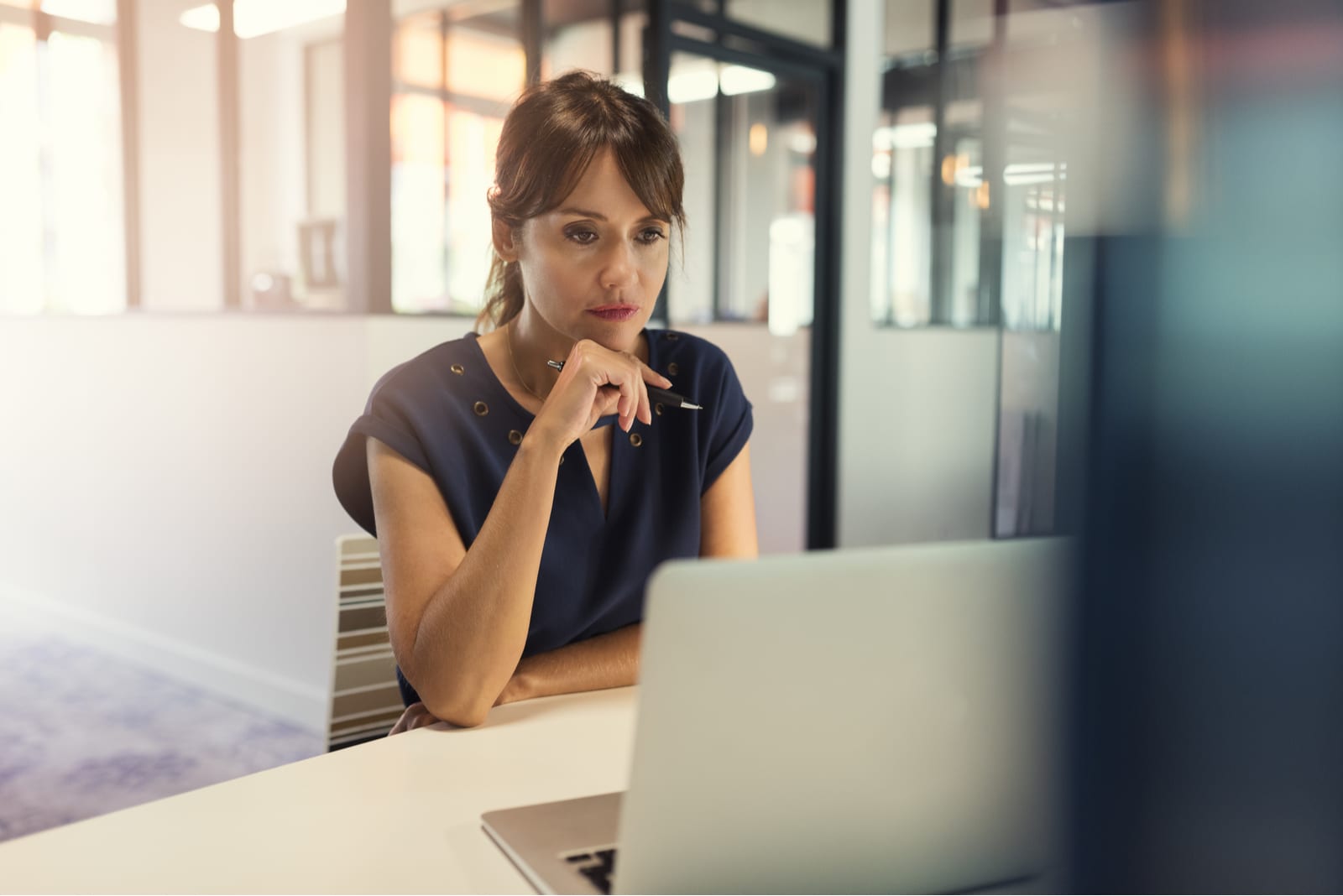 There will be times where someone will approach you and try to flirt with you,and when you try talking with them, you only see that they’re an airheaded girl or an overconfident man.

What happens next? You run off screaming. Isn’t it scary how stupid people can be?

No matter how attractive someone is, if they don’t know how to keep a conversation going, you run for the hills. 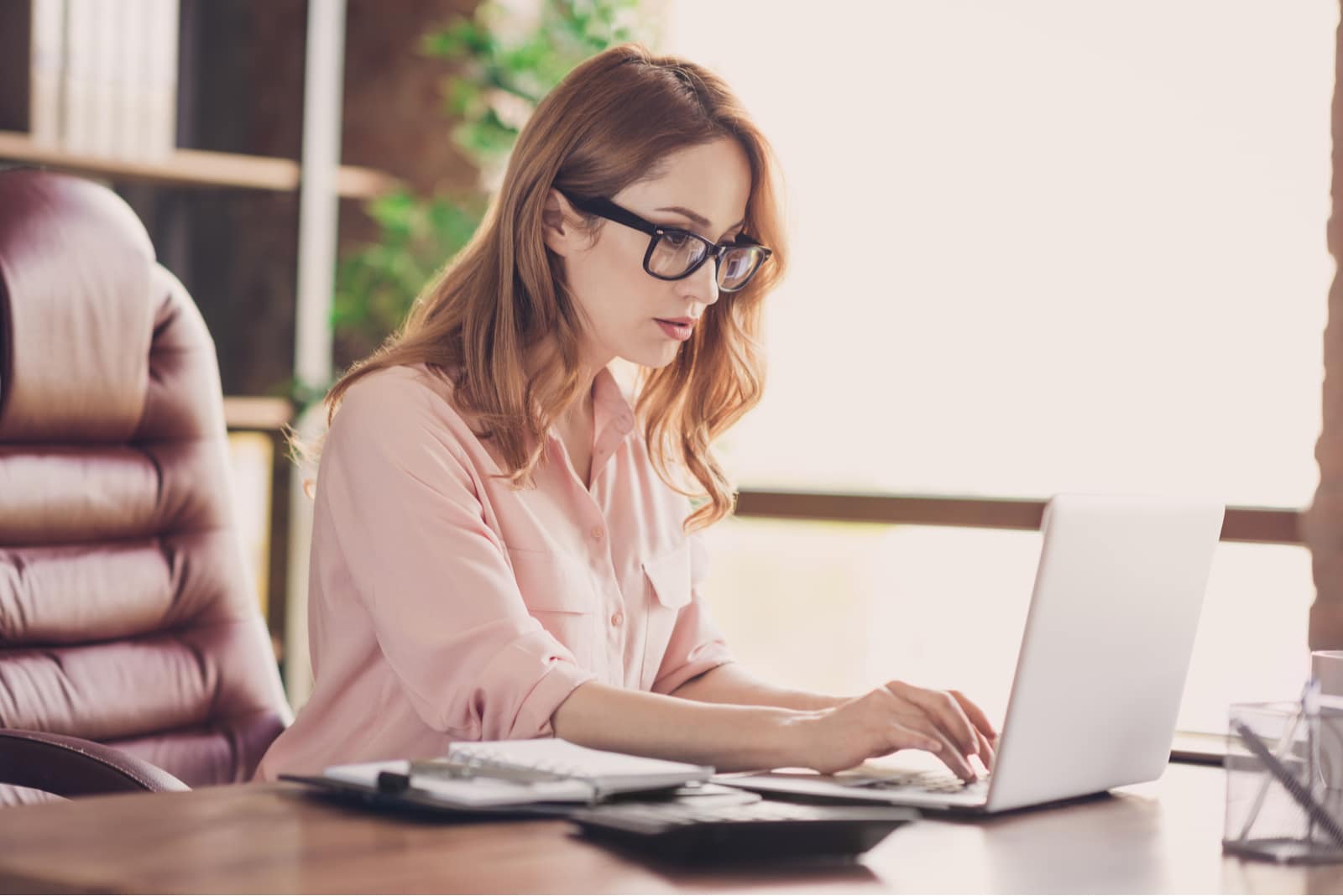 You have a ”grammar filter” built into your mind and it doesn’t matter if it’s a party invite or someone asking you for a date, you simply get mad because of one grammar mistake.

It doesn’t matter how nice their intention was, you can’t help but wonder if this person had a proper education or if they have ever had a book in their hands.

If you come to their house and they don’t have books around, you leave 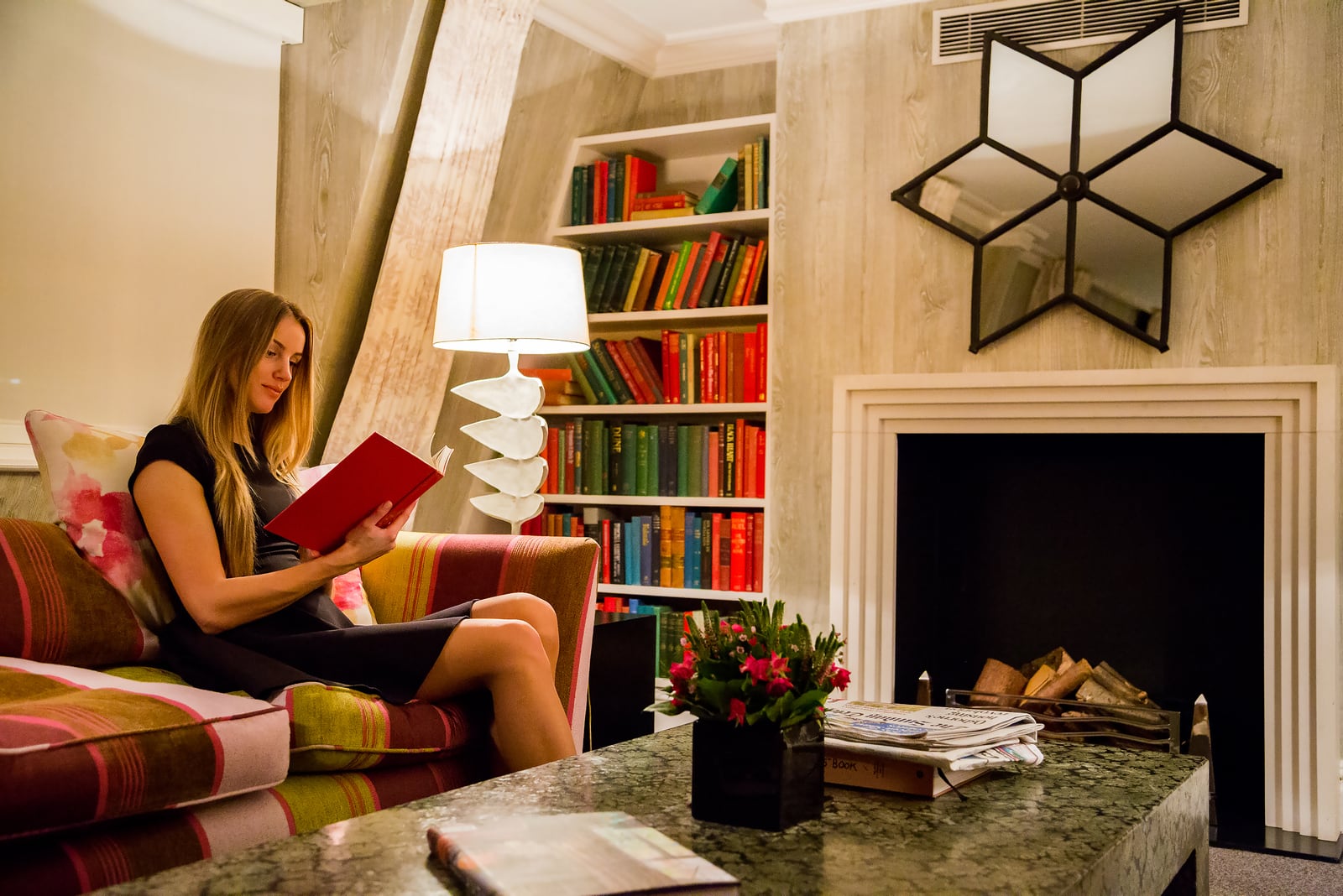 First of all, if someone has books in their house it means that they have at least had an urge to read.

Secondly, books are a great escape if people start talking about topics you’re not interested in.

You can simply take a book out of the shelf and read it instead of listening to some nonsense.

If there are some quality books on the shelves, you might even consider to go on a second date with him/her.

It’s just because you care more about what book someone is reading than what they are wearing.

People with taste intrigue you 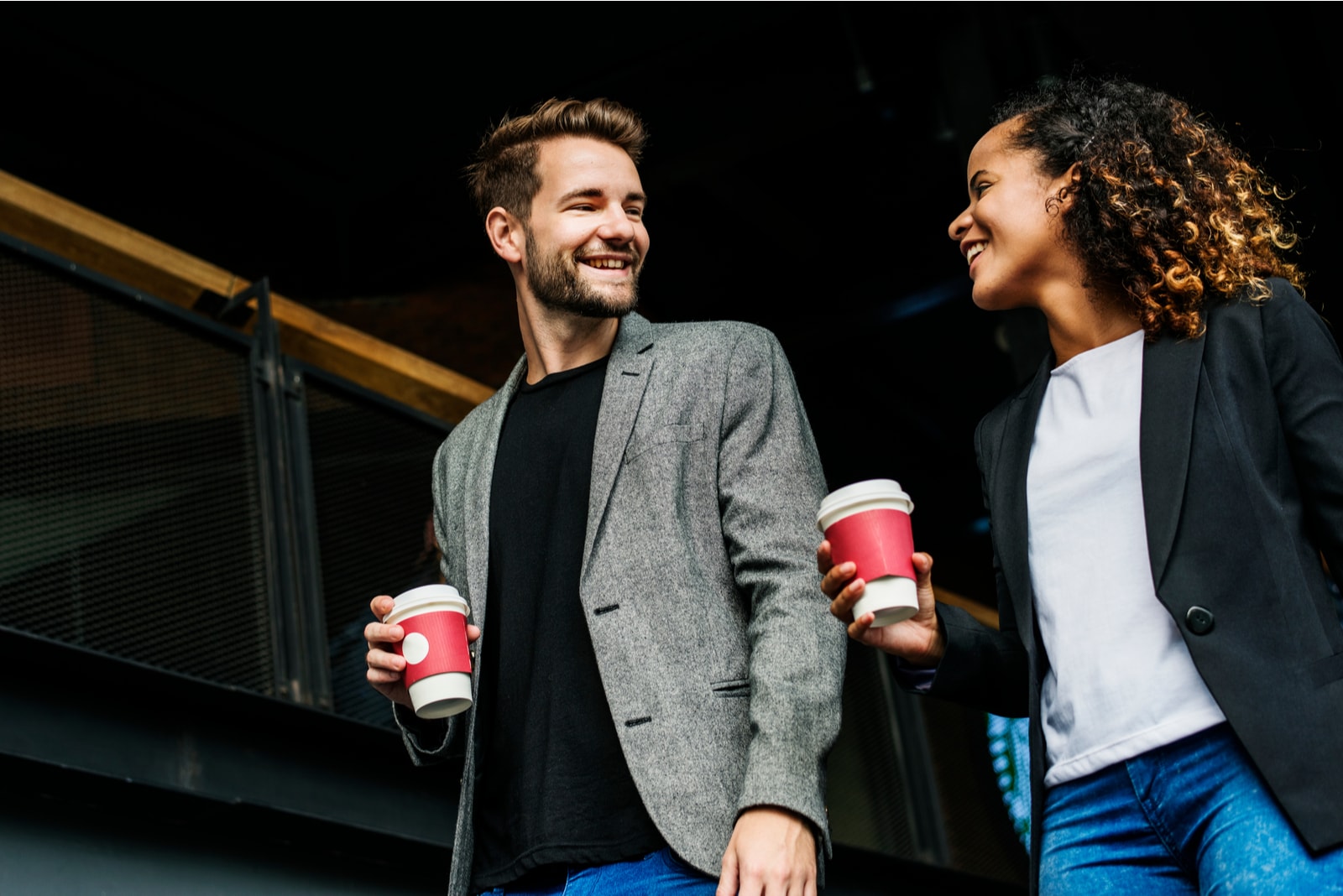 You love it when someone develops their own taste for music, fashion and ideas rather than people who do the same things and have the same opinions like everyone else.

You want to hear about new ideas and new views. You don’t want someone who is going to tell you the same thing as everyone else. 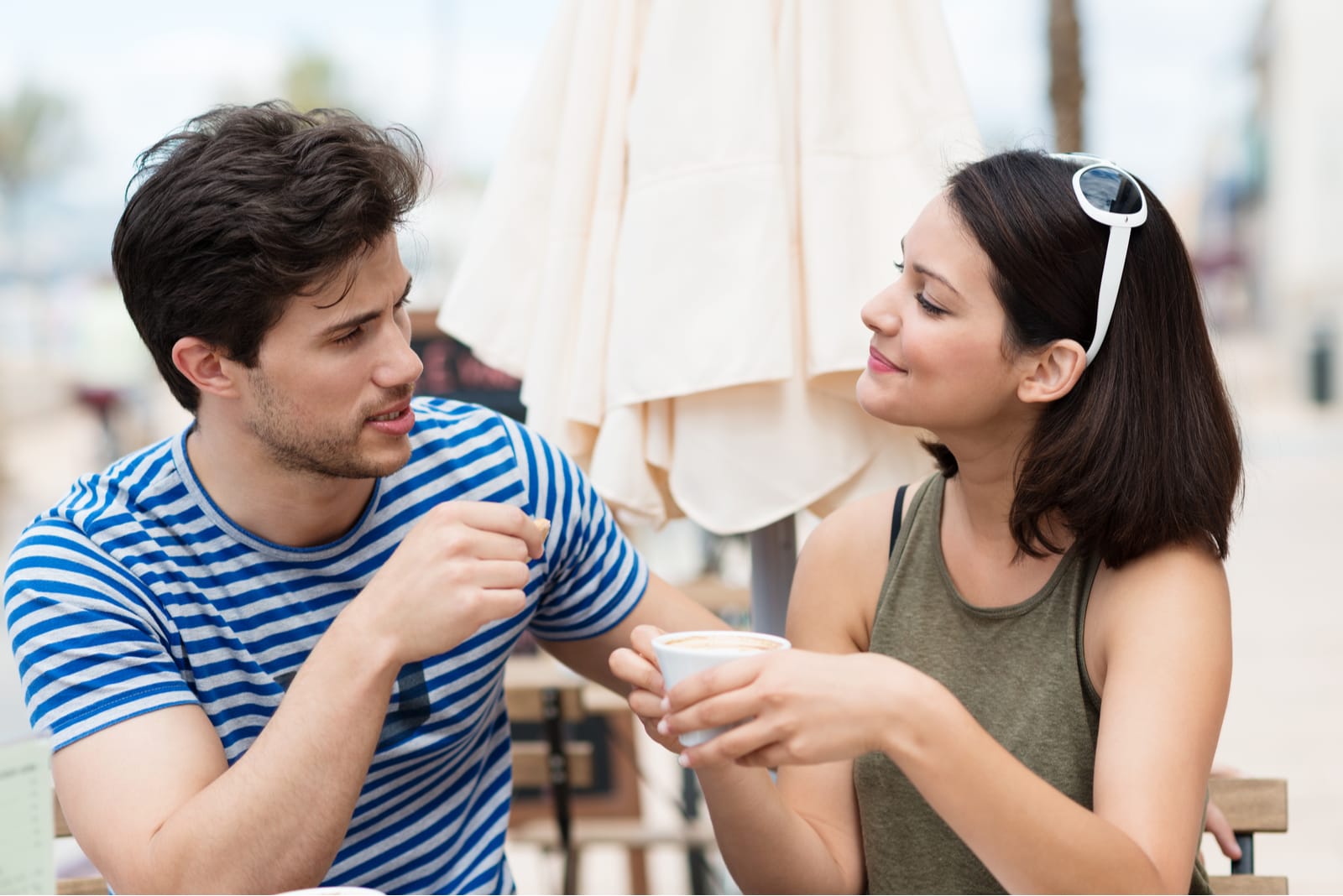 You’re not only interested in the mind of someone, but also the heart and the way that person deals with and expresses their emotions. Sometimes, you even value EQ over IQ.

You want your partners to be introspective enough to know what’s happening in their bodies and minds and to know how to express that properly because overwhelming emotions, without the right way to express them, only lead to drama.

And you don’t want drama in your life.

You want a great listener by your side 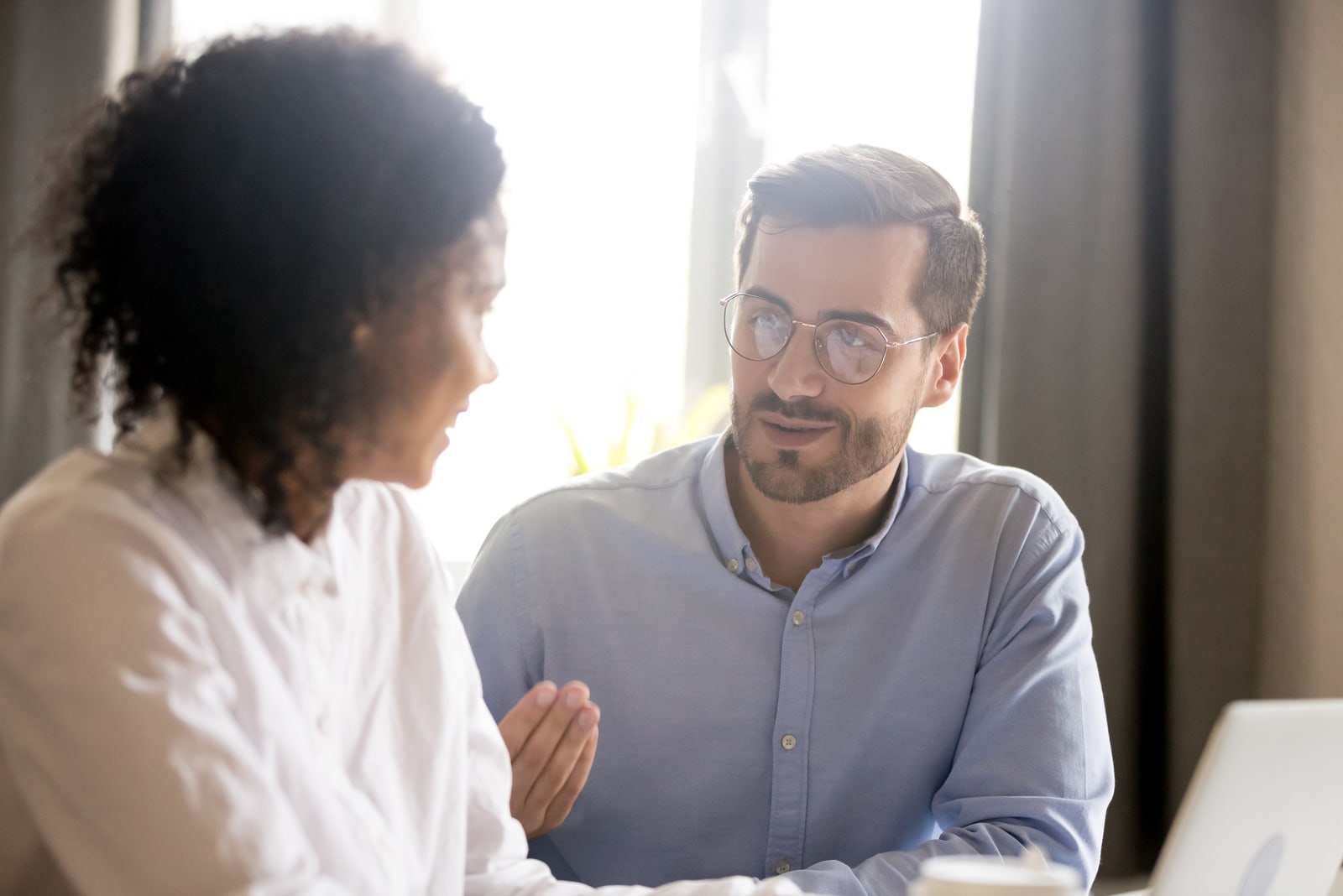 In this world, people are only waiting for their turn to speak in a conversation.

They don’t listen properly, so when you find someone who truly listens to what you have to say, you will hold on to them.

You are ready to listen to whatever someone is telling you—that’s why you want the same thing from your partner. 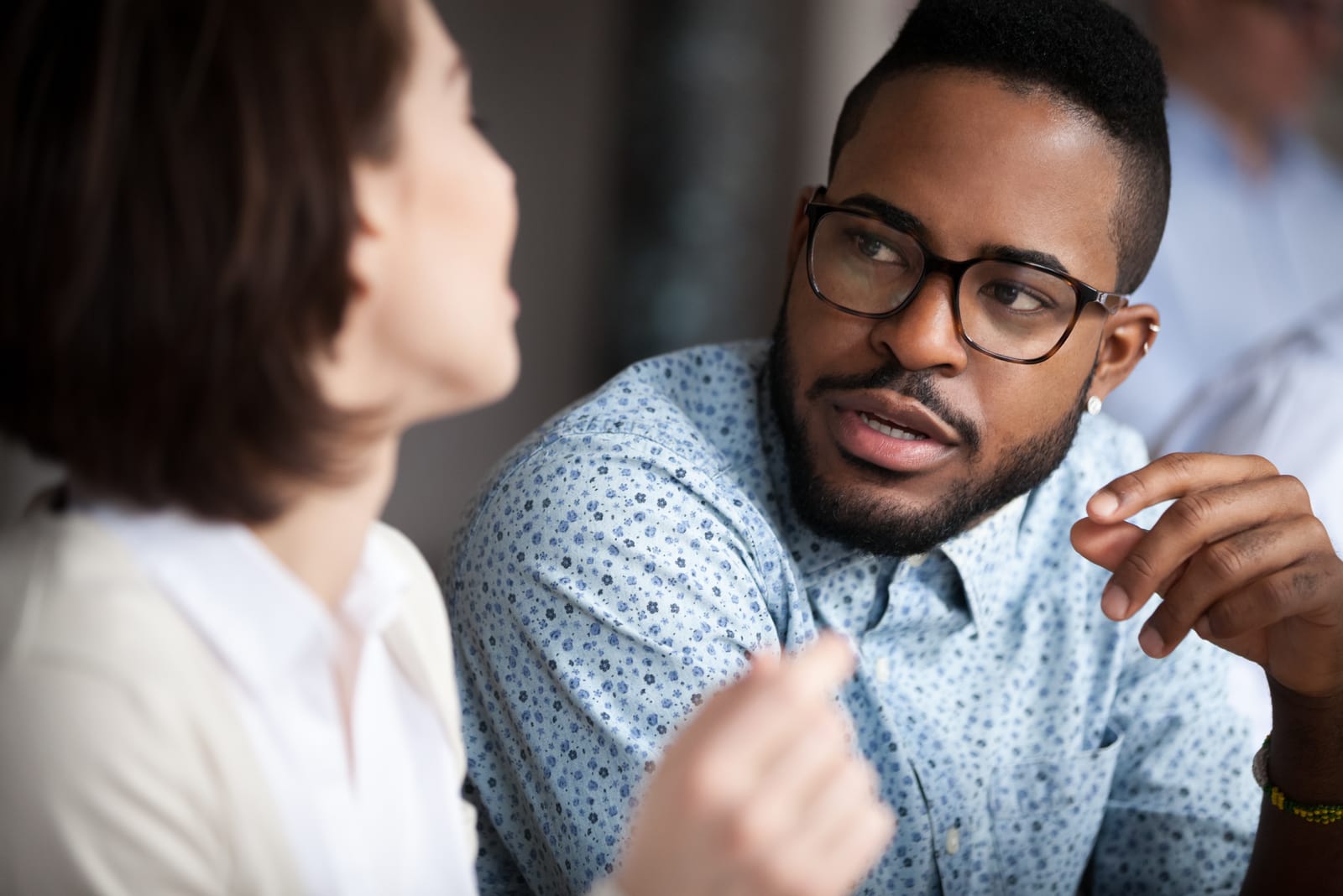 OK, so the situation looks like this: you went out on a date with him/her for the first time and what happens? They start asking you questions that you can answer with one word.

NO! You don’t want it. You can’t handle small talk questions which everyone can ask you.

You want something that will make you shut up for a while and really think about the answer.

When someone is asking you questions which make you think about your previous thoughts and make you become more aware of a certain topic—well that’s an amazing question!

You want someone who stands up for themselves in a conversation 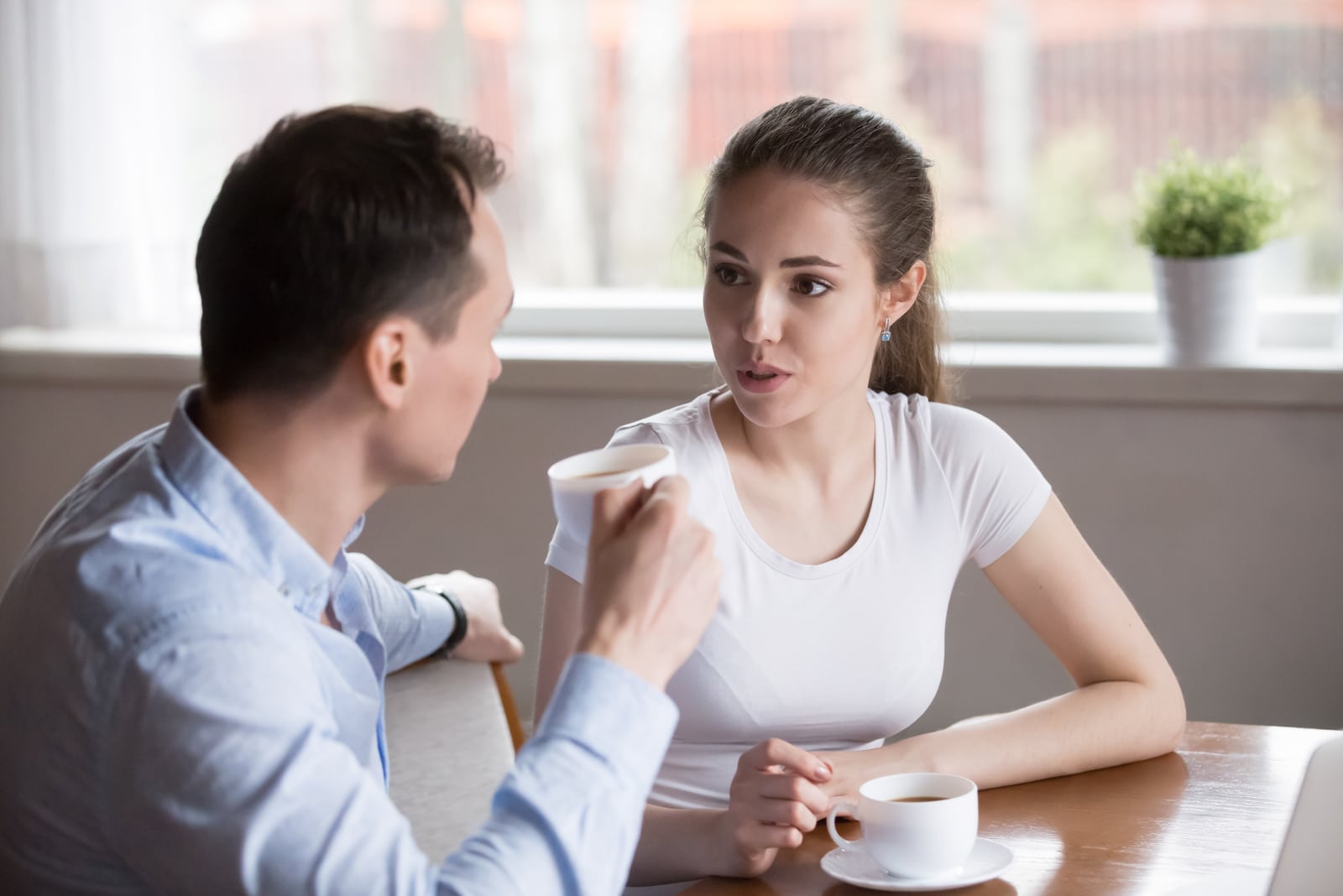 Doesn’t matter if it’s your partner, your friend or a family member with some strange music taste, you love those people because they stand up for what they love.

They hold their own views as precious and they won’t let anyone tell them what to think and what to feel—and that’s the reason why these people are in your life.

You can’t stand someone who’s easy to manipulate and changes their likes and dislikes whenever he/she changes the environment.

Yes, you are different than most of the people around here, but be aware of the fact that being different isn’t something bad at all.

You love to see beyond the physical and you see the pure personality of someone.

That’s what makes you so unique and lovable!