The goal of this article isn’t to fuel your jealousy. On the contrary, it’s there to help you understand your boyfriend better and see that there is mostly nothing to worry about. I said mostly because in some cases, these signs your boyfriend likes his female friend can show you he is actually cheating.

A lot of women have a hard time deciphering if their significant other is being unfaithful or not. Some signs can help you figure out whether your boyfriend likes his female friend more than you.

I hope this article helps you grasp the red flags your boyfriend’s female friend isn’t just interested in him as a friend. 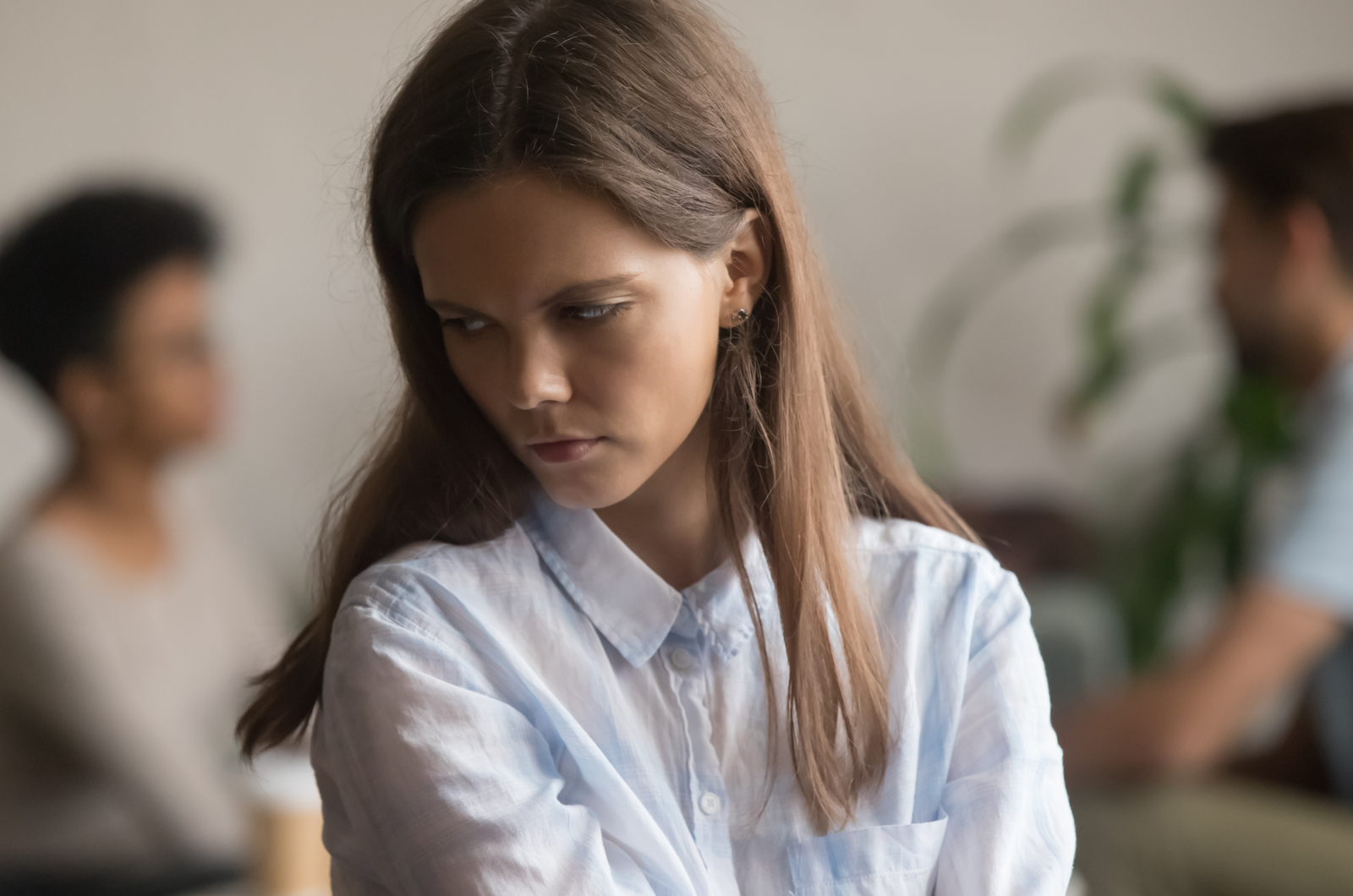 Next up are the signs he likes his female friend:

Sometimes, you just know. Your gut is telling you that your boyfriend likes his female friend more than you. You are not sure what to do about it. In fact, he might be fantasizing about someone else right now.

But, before you start making any decisions, it is important to know how to read your gut and make sense of the signals it sends out. Make sure it’s not just an impulse to ruin your boyfriend’s friendship and gather evidence before acting on impulse.

2. Flirting all the time

My boyfriend flirts with his female friends too. This is why this boyfriend’s friendship isn’t just platonic, or he wishes it wasn’t. Believe me. They won’t stop at flirting. They will definitely take advantage of the situation if they get the chance.

Flirting is a natural part of the human experience. It is a way to make someone feel comfortable and confident. However, it can also be seen as one of the signs your boyfriend likes his female friend more than you.

3. He shares everything with her

If he shares everything with her and never tells you anything, it is a sign that he is more interested in her than you. Many people may not realize the signs that their significant other is interested in someone else, but there are some clear indicators.

If your boyfriend shares everything with his female friend and never tells you anything, this could be a sign that he doesn’t want to share any of himself with you anymore. In any case, that sounds immature.

You might not realize this, but a surefire sign of male attraction is being critical of what she is wearing and doing and what boys or other male friends she is hanging out with. It’s called envy.

In fact, men tend to be more critical of their partners or crushes when they are in love and in a committed relationship, which indicates that criticism is often an attempt at trying to keep a woman from straying or leaving him.

This is a dirty move to pull, even for a guy friend. Comparing one person’s looks, physique, or even everyday things like their birthday parties is a fault. When you feel like your boyfriend is not paying enough attention to you, it may be a sign that he is more interested in his female friend than you.

If he likes her more, then he will often compare the two of you and say things like, “she is prettier than you,” or “I would rather spend time with her than with you.” 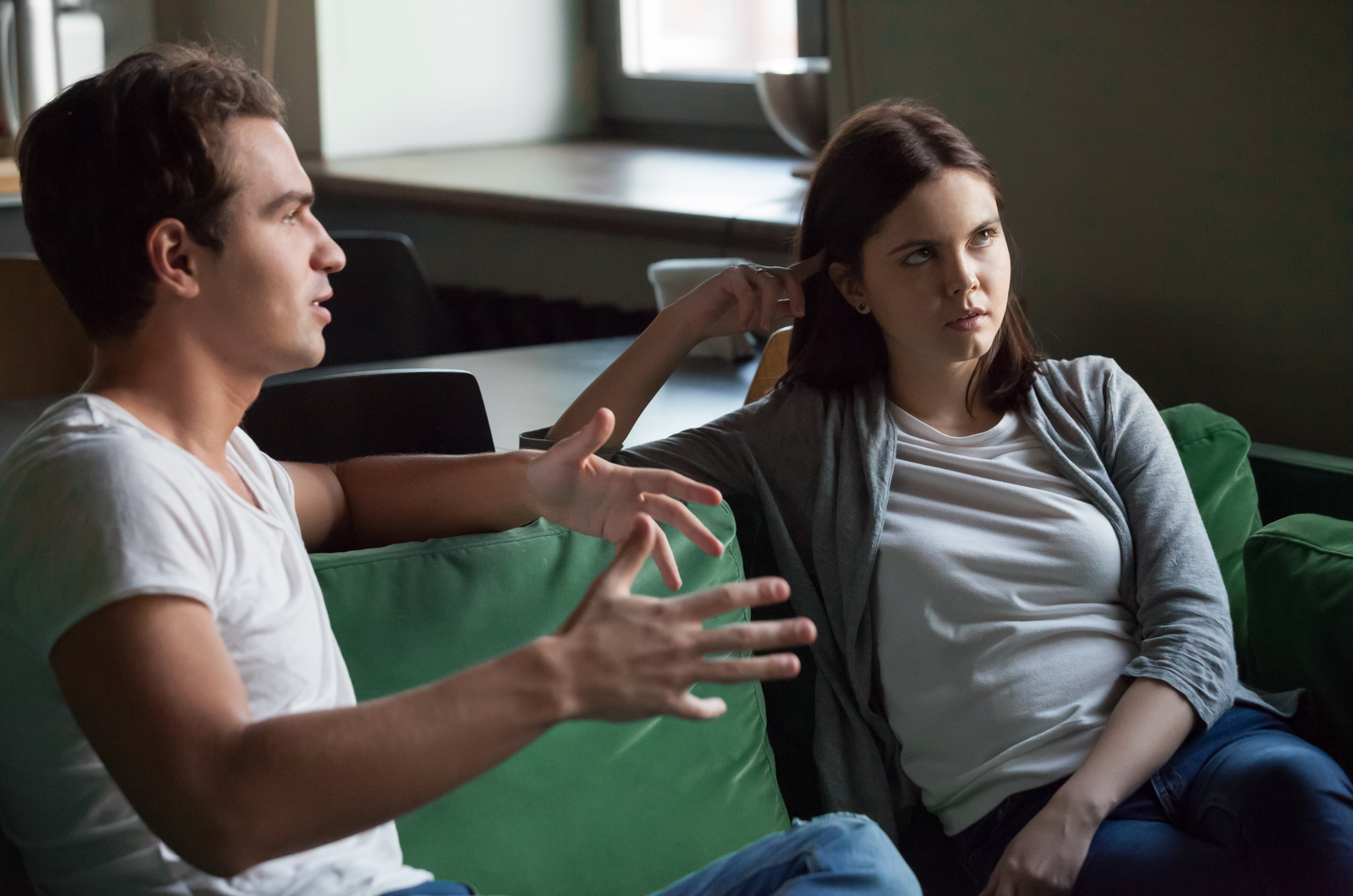 The signs he likes his female coworker or girl best friend is that he takes any chance he gets to talk about her. It gets on your nerves, and I get it, especially if he does it all the time. Why does he do it? Because he has a crush on her, which he keeps denying.

But he can’t deny thinking about her all the time. Especially considering that he talks about her like he has a crush on her.

Causing problems between you and your man is not a good way of making a man feel loved. On the contrary, it does the opposite, and she should know this. In fact, this is also a sign she likes him as well.

The first step to solving this problem is acknowledging it’s happening. If he does like her more than he does you, then he must realize that this is not good for either of the people involved.

8. Excluding you from the picture

Now, this is a major red flag! Did they hang out and not invite you? Even worse, he forgot to mention it to you? Oh no. I know what’s on your mind, and it would be on mine too.

This is a sign that they like their female friend more than you, and it’s time to move on. It’s time to take a step back and examine the relationship. If he doesn’t have time for you, it could be that he has other priorities.

9. Always on her side

One of the signs your boyfriend likes his female friend more than you is that he always takes her side in arguments. Does he do it with his male friends or family members? I don’t think so. In a relationship, it is important to be on your partner’s side.

If you are always on your boyfriend’s side, and he is always on his female friend’s side, it might be a sign that something is wrong. Maybe he’s one of those guys who constantly look for female attention, which is even worse if you ask me.

Do You Have Anything To Be Jealous About? 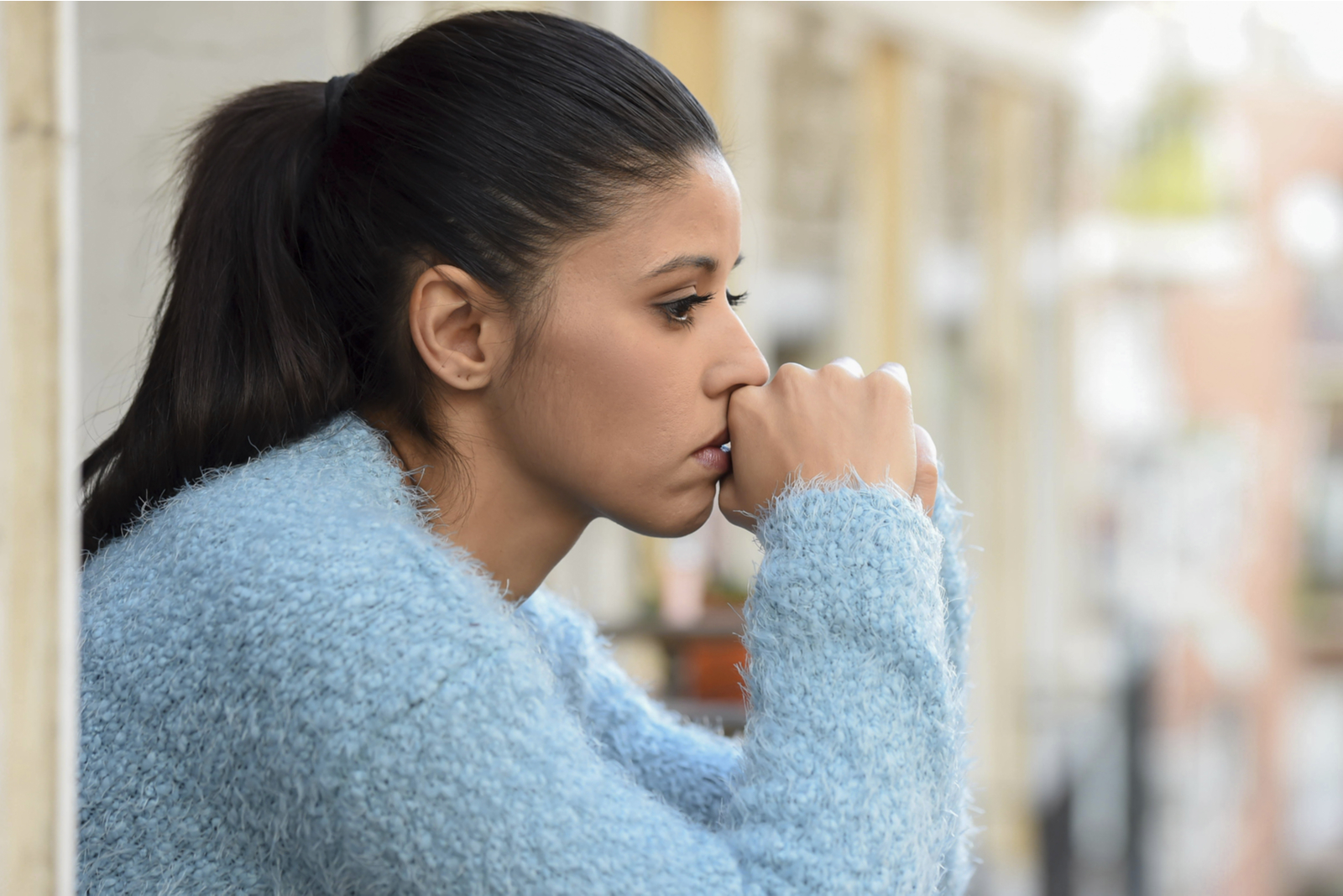 Some people might be jealous of their boyfriend’s female friends because they don’t have the same kind of relationship. However, it is important to know that these relationships are not always sexual and are mostly platonic.

The answer to this question is no. Your boyfriend has female friends because he is a human being, and humans are social beings. They need to interact with other people, and they need to share their experiences with others.

The fact that he is enjoying the company of a female is not anything to worry about. She is just a bestie – you should look at her as your boyfriend’s best friend, not just any girl.

I don’t want to be a possessive girlfriend, and I love that he can be himself with them. If you’re worried about your relationship, try to discuss it with him and see what he says.

This is because women tend to help each other out and support each other in a way that men don’t. In addition, these friendships can also lead to more success in later life as women tend to be more supportive of one another’s career choices and life goals.

What if he really likes her?

Scrolling through his social media and then realizing he has more pics with her instead of you? Is the thought that they might be more than just good friends ruining your once-healthy relationship? Well, you might as well confront him about it and look at his body language.

You might feel frustrated or angry. You might feel like you are being replaced. Jealousy has been described as being toxic for a relationship, so it’s important to work through these feelings and come to a peaceful resolution.

• Make sure it’s true: The best relationship advice? Make sure something is true before acting on it. Trust me, don’t let your insecurities get ahead of you. Instead, get enough hard proof against him.

• Confront him: This is a conversation you’re not going to like, but it’s important you learn how to have it. If your partner likes his female friend more than you, confront him, talk about what they did at their most recent hangouts, pay attention to detail, and set healthy boundaries.

• Spend time with her: His female best friend might not understand what is happening. This is why spending time with her and talking to her is your way to go. We may all experience jealousy that causes us to act out. However, learn how to handle this emotion and transform it into a positive force.

• Break up: Can you not shake that awful gut feeling his female friend likes him back? All of it looks like a big red flag. Well, then it’s time to get out of your boyfriend’s life.

How Do I Accept My Boyfriend’s Female Friends? 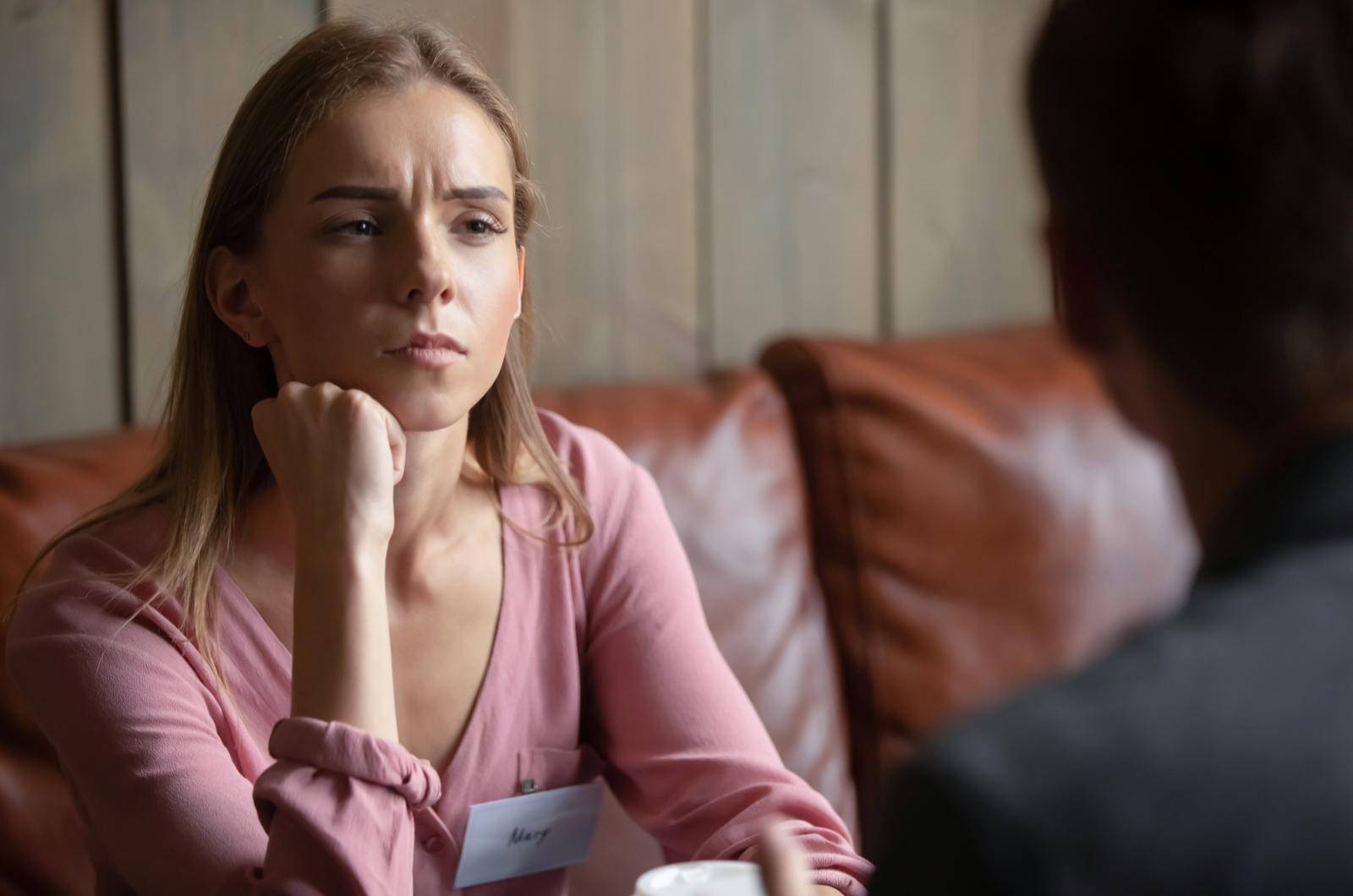 The key to accepting his female friends is to understand that they are not there to replace you, but rather, they’re there as a support system while you’re busy.

The first step in accepting your boyfriend’s female friends is understanding why they are friends in the first place. Some reasons may be because they like her as a person, feel safe around her, or have a feeling of connection with her.

It’s important to understand what motivates him to be friends with her. This question is often asked in relationships and friendships between men and women. It can be difficult to find the answer without talking to your partner or his friend.

It can be difficult for an individual to accept their significant other’s female friend. There are many things to consider, such as the relationship dynamic, jealousy, and more.

Why Do Guys Have Female Friends? 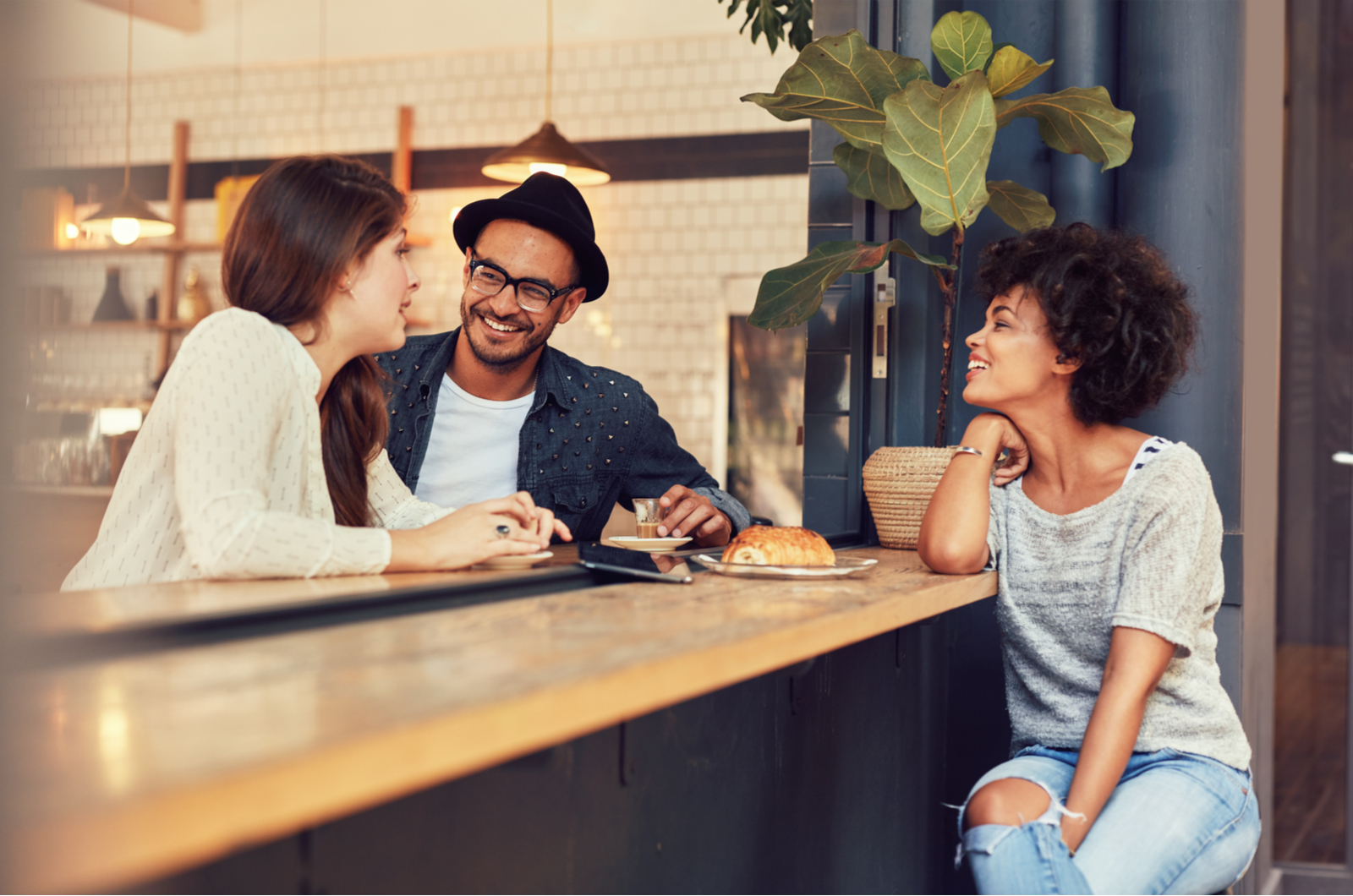 Men having women as friends is the same as any other friendship. The fact that this is an opposite-sex friendship doesn’t make it any different than other friendships. Still, some men might find that female friends are better and more understanding than males.

Having female friends is incredibly beneficial. They just want to be there for you. Find someone who helps you build up your self-esteem, maintain a spiritual balance, and broaden your perspective by building healthy, close relationships. It will help improve your health, well-being, and quality of life.

A friend is someone who can help you through tough times, be there for you when nobody else is, and provide you with company when you need it most. That’s why guys have lady friends.

Some people say that men have female friends because they want to be more like them. They want to be able to relate to other women better and feel accepted by them.

He likes her because she’s nice to him, she makes him feel good, and they have a lot in common. However, you don’t like her because he spends more time with her than with you. 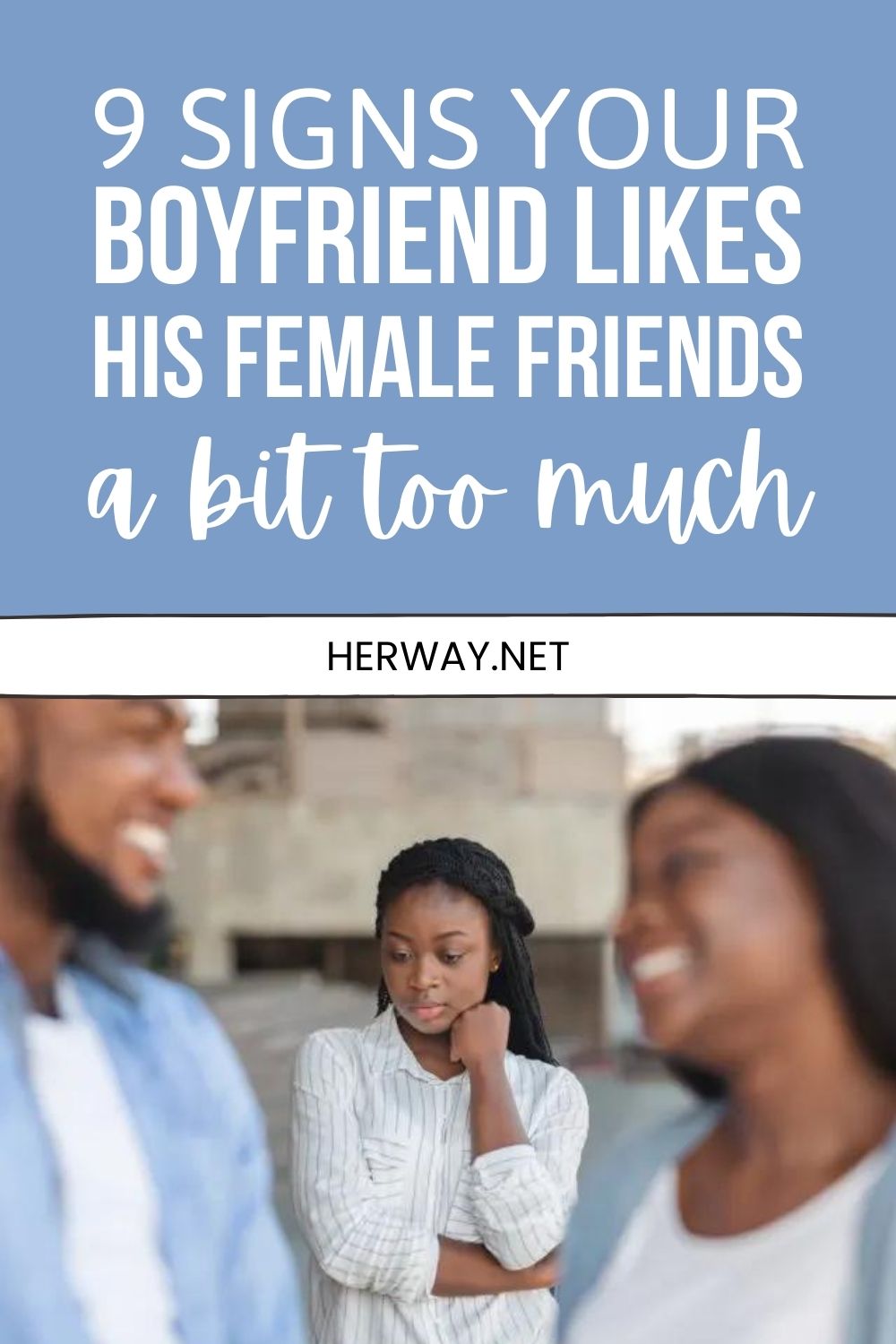