We’ve all been in a situation at one point in our lives where we’ve chased someone who doesn’t care for us or doesn’t love us enough.

Even though there is nothing wrong in taking initiative when it comes to the man you like, there is always a certain amount of dignity you need to keep.

What you need to remember is that there is a huge difference between fighting for someone and chasing him – between showing interest and humiliating yourself. 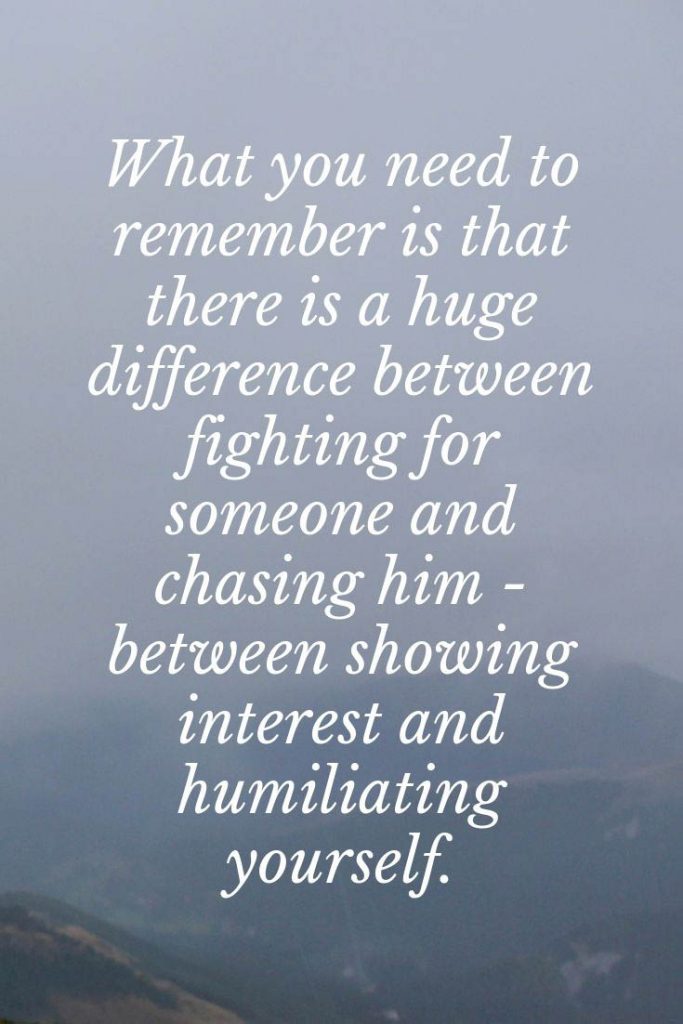 How many years have you wasted waiting for him to get his act together and give you back the effort he’s been getting from you? For him to start treating you right and give you the place you deserve in his life?

And how much more time do you plan on wasting? Up until what point are you ready to chase the man who obviously doesn’t want to be caught?

Either way, the point remains the same: you shouldn’t be running after someone who is clearly doing everything he can to escape you.

I’m advising you this because you’re a human being whose feelings will be hurt in the process if you continue doing this.

Most of all, I’m telling you all of this because there is no point – you’ll never get the results you hope for, no matter how hard you try.

The more you chase him, the more you lose yourself. Without even being aware of it, you try harder and harder to become a different version of yourself: a woman he’d be attracted to more, a woman he’d love more. 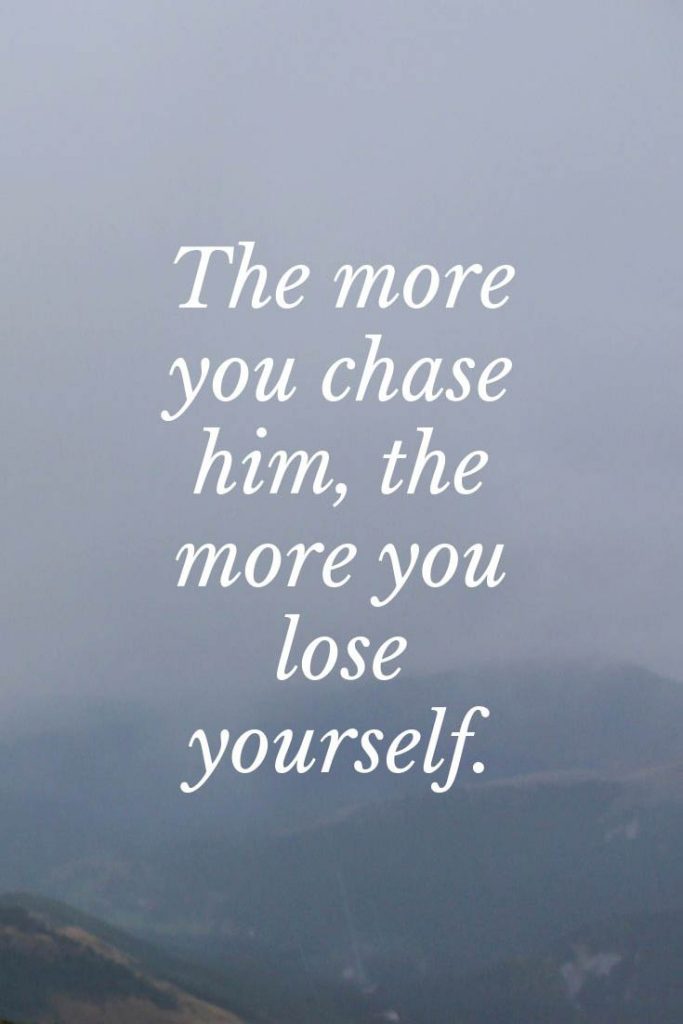 The more you chase this man, the more you show him that you require zero effort. That he doesn’t have to do anything to win you over because you’ll do all the work for him.

The more you chase him, the more you let him take you for granted. You’re telling him that you’ll always be beside him, despite him not doing anything to keep you there.

The more you chase this guy, the more you’ll settle for less. Your views on love will be disrupted and even when you meet a new guy, you’ll think that this kind of behavior is acceptable.

The more you chase him, the more jealous and bitter you’ll become each day. You’ll see all those girls whose boyfriends try hard around them and you’ll wonder what they have that you don’t.

Why are they better than you? Why can their boyfriends love them properly and yours can’t even give you the crumbs of his affection?

Most importantly, the more you chase him, the less you’ll think about yourself.

You might not see it now, but with time, you’ll start questioning your worth.

You’ll start wondering why you can’t be enough and why the man you love is running away from you the whole time. Is it you? Have you done something wrong?

Are you not beautiful, smart or interesting enough? Why can’t he choose you once for all without playing all of these games?

The more you chase him, the less you’ll love, respect and appreciate yourself.

Without being aware of it, the lack of his love and respect will impact your self-worth and with time, you’ll start thinking that you don’t deserve more.

The more you chase him, the more you’ll keep on breaking your heart.

So, think again and tell me if this guy is really worth it. Is he worth losing your pride, worth you putting yourself down, worth you devaluing yourself? Stop chasing him and see what happens. 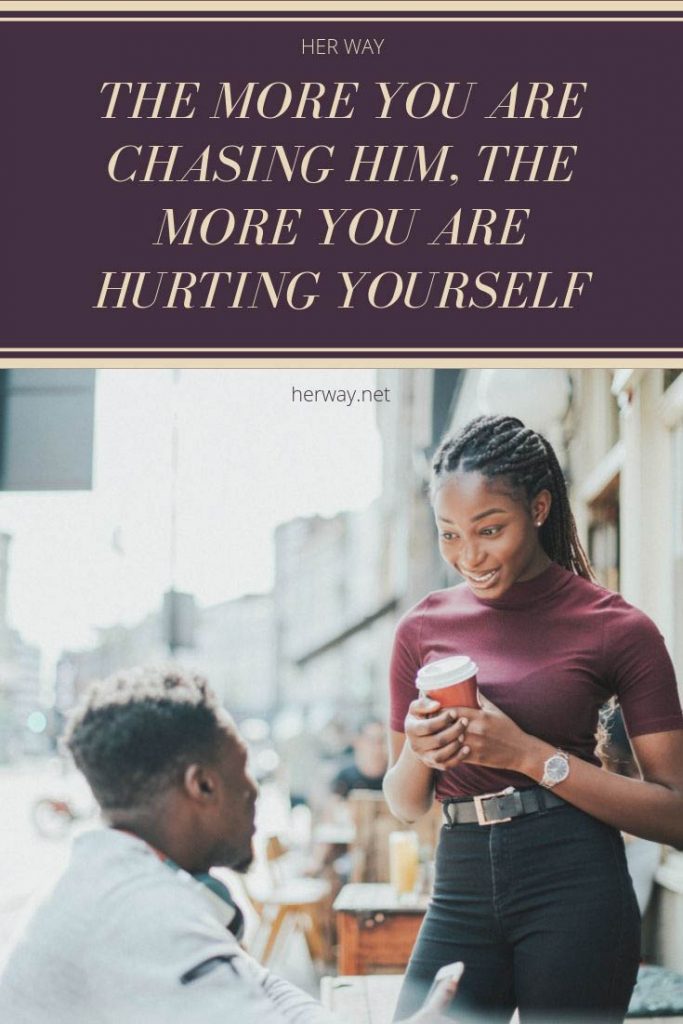