Signs of narcissism are usually very straightforward. You’ve even probably met a few narcissists by now. You know, men who manage to convert every topic to talking about themselves. Men who love themselves more than anything and anyone or men who think they are better than everyone else around them.

But, what happens when you encounter a narcissist in disguise, a man who is so cunning that he pretends to be something he’s not? Now, there is where the real danger lies. Not all who suffer from a narcissistic disorder present clear symptoms of the illness.

Some are so good at acting and hiding their true selves that they convince you, capture you, manipulate and hurt you in the end.

It’s always the same story. In the beginning, you feel like you are the luckiest person alive. You think you have it all—a man who loves you more than the world itself and blissful happiness. But after the honeymoon phase is over, you start noticing his narcissistic characteristics that annoy you, but usually, you discard them, thinking it’s just a phase—it will be over soon. After all, none of us is perfect.

Unfortunately, that never happens. As you go deeper into the relationship, things only get worse. His manipulations become excessive and you can’t defend yourself anymore. He slowly and carefully manipulates you into doing what he wants, leaving you helpless and completely brainwashed.

You lose your sense of self-worth and after some time, you don’t even recognize the person inside you. He has managed to change you and make you his pure “perfection”— a masterpiece.

Not all narcissists are the same. There are the ones who are transparent and you can read right through them. Those are not even that much of a threat. What you need to worry about are the ‘happy narcissists’—they are the dangerous ones. There is no chance in hell you’ll read them before getting to know them better because they are fun to be around with, charismatic and full of self-esteem. They are just perfect. But by the time you get to know them better, it’s too late. They have already captured you into their manipulative scheme with no chance of getting out.
So, to save yourself from the potential emotional catastrophe, read the ways on how to spot a narcissist and deal with him—maybe you’ll avoid his manipulative spells before it’s too late and you are caught in his grip, desperate to get out. Or if you see the characteristic of a narcissist in the man you’re in a relationship with, leave him before it’s too late to leave him—before he brainwashes you into oblivion.

1. He always talks about himself

The number one person to a narcissist is himself. He doesn’t care about anyone else. The best way to see if you’re dealing with a narcissist is to pay attention to him while you talk to him. He usually talks about himself and his accomplishments all the time, no matter what the subject is. He won’t listen to you carefully. He will listen to you just enough to hear a phrase or a word which he can associate with himself. Then, he will interrupt you and talk about himself a bit more.

Dealing with it: Unfortunately, there is not much you can do. The best solution is to pretend you care about whatever he is saying just like he does to you and let him talk his head off. Just nod a couple of times, act like you’re listening and while you’re at it, forge an escape plan in your head and run without looking back. A narcissist is the last thing you need in your life. 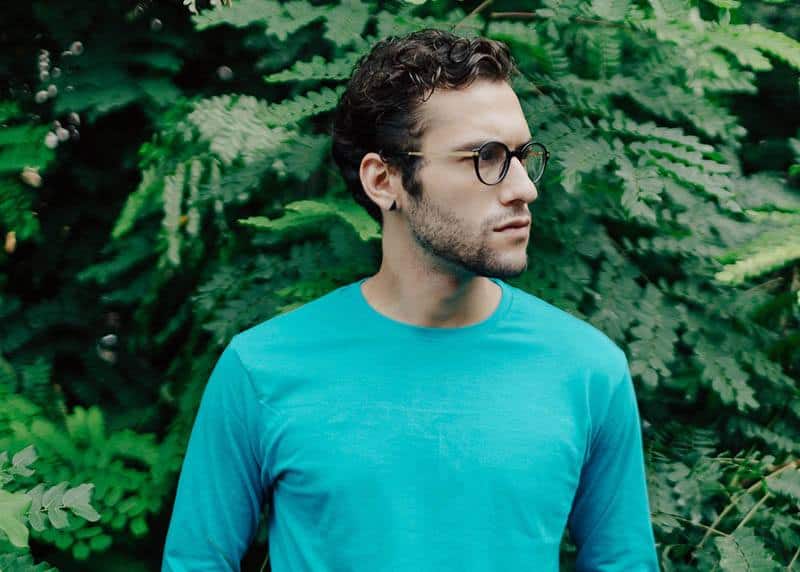 Yes, even narcissists have feelings, but one of them is not compassion toward other human beings. It’s compassion toward themselves. So, when something doesn’t go the way they planned, they get sad and when they are sad, they are furious. If someone took their rage out on you out of the blue and if he has done it a couple of times, he probably suffers from a serious case of narcissism. Also, the most probable thing is that they will hold you responsible for everything bad that has happened to them although you had nothing to do with it—it’s enough that you were there when it happened.

Dealing with it: First of all, don’t let this get to you. Don’t let the accusations mess with your mind. That is exactly what he wants to do to you. Don’t let him convince you of something that never happened. Also, there is no point in arguing with him—he’ll only lure you in deeper than you already are. In these situations, the best thing you can do is to leave which will piss him off, or confront him by threatening to break off the relationship (if you are in one) and really break it off. No one has the right to lash out at you and unless you want to serve as a punching bag for a D-bag, deal with him and just leave.

3. He breaks the rules

You have to know that he thinks he’s better than anyone else and to him, rules don’t mean anything. He feels he is too important to follow any rules because nothing can hold him back. No written or unwritten rule can tell him what to do. When something matters to you and you hang on to it, he will probably show you he disrespects it and you by breaking your rule on purpose.

Dealing with it: First of all, no one has the right to disrespect you. If you’re dating someone who thinks and shows you that he is better than you, leave right that second. Don’t think he’ll change because he won’t. He may tell you he’ll change, but only because he knows you’re about to leave because you’ve had enough of his maltreatment. And that is how he’ll guilt you into staying—by giving you false hope when in reality, nothing has changed nor will it.

4. He is trying to control you 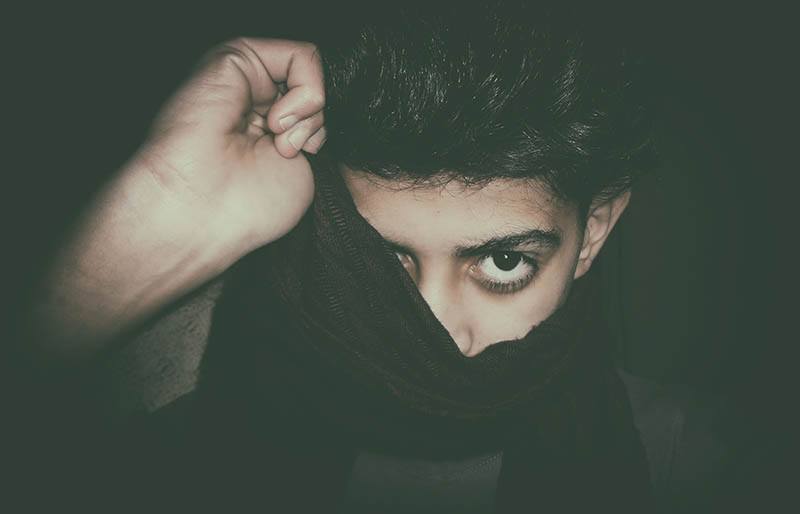 No matter whether you are in a relationship or not, you can see the signs that someone is trying to control you. When you’re not in a relationship, those signs are usually very mild, like always meeting under his terms, him showing up late, canceling your meeting last minute and things like that. Mostly, everything that disrespects you and praises him. But when you are in a relationship, controlling can get nasty. He wants to control your personal life and the relationship he has with you. He wants to be present in every aspect of your life. When you have to make a decision, his word is the last one and even if you want to say something, he cuts you off because he thinks that your opinion really doesn’t matter. He can let you speak, but whatever you said will go unnoticed because he has already decided what to do.

Dealing with it: The best way to prove yourself and blow his sorry narcissistic undercover ass is to disobey him. Ignore everything he has said and just do it your way, the way you feel is right. He’ll go insanely crazy, bursting with rage and lashing out at you, but don’t let it bother you. I know this is so much easier said than done. But, if these situations happen more than once, then you should pick up your stuff and leave the manipulative bastard.

He feels that you are his property, that he owns you and can do whatever he wants with you by manipulating you into granting his every wish. That’s why he doesn’t respect any of your boundaries because he thinks they are unimportant, that you are unimportant and you don’t need any boundaries set up in the first place. If he asks you to do something you are not comfortable with, you decline and he doesn’t take no for an answer, then you have a problem. He is making you walk all over your principals just to do something he likes and wants.

Dealing with it: The best thing you can do, and actually the only one, is to stay true to yourself—no matter what. Never betray yourself by doing something you feel is wrong. Never listen to others when your gut and your heart tell you otherwise. Stand up for yourself because no one will respect you if you don’t respect yourself. No one will love you if you don’t love yourself. And finally, leave the manipulative asshole and give yourself another chance to love and live again.