Relationships are an amazing thing.

When you just think of all those butterflies in your stomach and waiting to see your loved one, you wish you could start it all over again.

But on the flip side, there is another side to the story. Some relationships are not so easy or good.

Some of them are more of a burden than a source of happiness.

There are women who went through so much shit in their relationships that they don’t want to try anything like that again.

Those women were convinced their partners loved them and were taking care of them when in fact they were simply controlling.

They were wolves in sheep’s clothing and they played the game perfectly well.

If you are curious about the things they did and how they treated their partners, keep reading.

I am about to reveal some of the most common ways to know that your man is not so innocent and that he is controlling you.

Contents show
1 1. He isolates you from your friends
2 2. He checks on you often
3 3. He is nervous when you don’t obey him
4 4. He asks for all your passwords
5 5. His sarcasm is disguised as compliments
6 6. He has trust issues
7 7. He hates when your opinions differ
8 8. Your gut tells you something is off

1. He isolates you from your friends 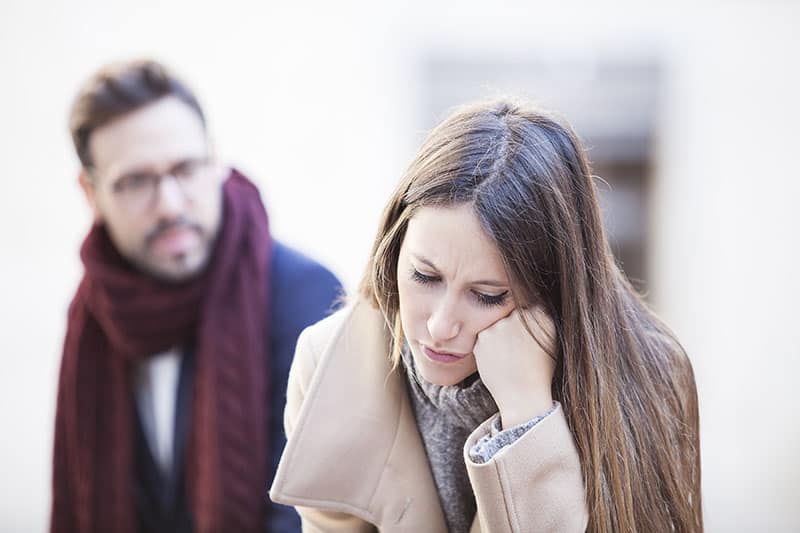 Maybe this will be sweet and caring in the beginning but it is actually a serious mind game.

At first, you will think that he just wants to spend more time with you but he is just playing a game without you knowing anything.

Also, once he isolates you from your friends and family it will be much easier for him to control you.

If you see a sign like this, you should know that it is serious and that you should do something about it.

If he is not willing to work on improving your relationship, walk away before it becomes worse.

2. He checks on you often 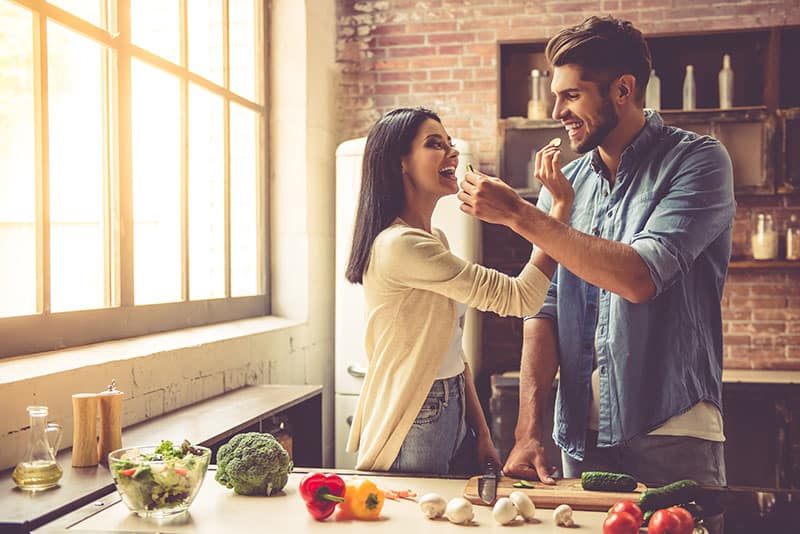 Again, it seems sweet but it is not.

Checking on you once a day is okay but if he continues texting you and calling you it means he wants to know where you are and what you are doing in every second.

That is controlling and it is not healthy.

You should tell him that you don’t feel comfortable with that. Some guys will realize that they made a mistake and they will change it.

But real abusers and manipulators won’t do anything about it. In fact, they will accuse you of not loving them enough.

They will try to play with your mind but if you let them know that you won’t let them under any circumstances, they will realize that they can’t control you that easily.

3. He is nervous when you don’t obey him 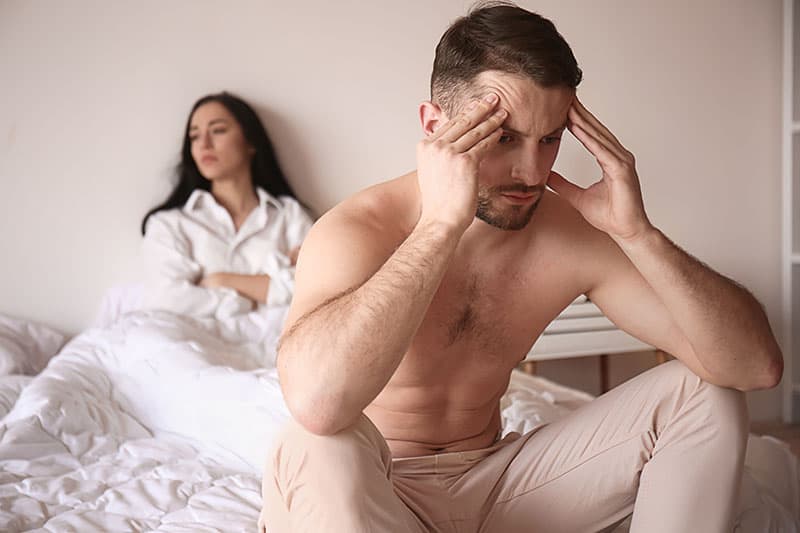 Do you have a feeling that your man becomes moody when you disagree with him?

Are you sometimes afraid to tell him things about your life because you think they will make him mad?

If yes, then it is obvious that you are living with a controlling man.

If you have to walk on eggshells just to make him happy, just know that a real relationship shouldn’t look like that.

In a good and healthy relationship, you can do whatever you want and still get the support you need from your man.

So, if you ever realize that your man is doing these things to you, make sure to save yourself in time. Trust me, it could be even worse later.

4. He asks for all your passwords 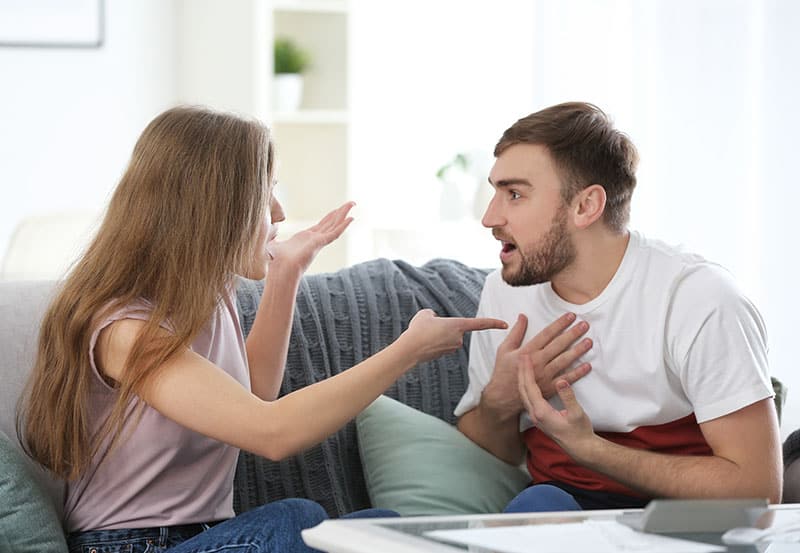 If your man asks for all your passwords, telling you that happy couples share those, don’t trust him.

It is just a phrase all controllers use to keep their victims on a tight leash.

If you are not comfortable with giving your partner your passwords, don’t do it, no matter how much you love him.

Once he gets your passwords, he will check your social media sites and your emails.

He will ask a ton of questions and you will argue about it more than you think.

The worst thing that can happen is if he doesn’t give you his passwords but regularly checks your mail.

That is using double standards and you should under no circumstances agree on that.

5. His sarcasm is disguised as compliments 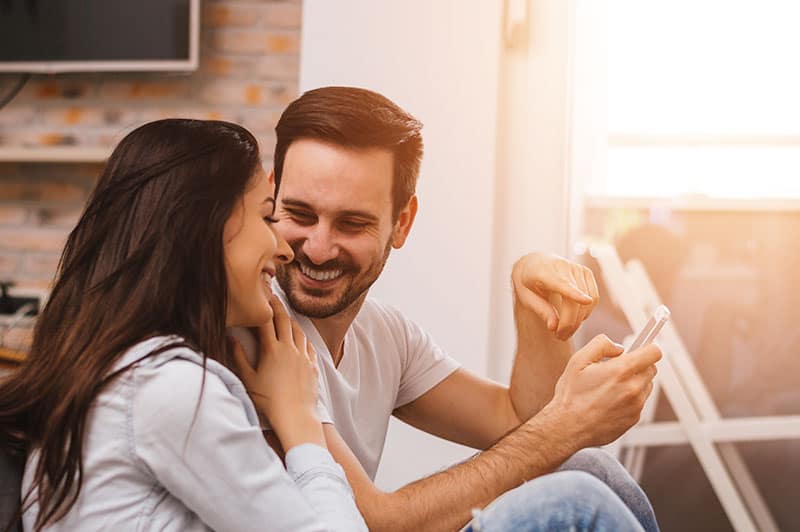 Has your man ever told you that you look nice but that you would look better if you could, for example, change your haircut?

Or that you look great in that dress but that other one hides your belly fat?

If all this is known to you, you are dealing with a controlling man who is not satisfied with himself in the first place.

I am sure he tells you to change the outfit because you look gorgeous in that one.

He doesn’t like all those men looking at you so he tells you that another dress looks better on you.

I know that some women won’t figure this out at first but as time passes by, it will be obvious that something is off.

My dear, if you feel good in something, wear it no matter what he says about it.

Respect yourself enough and don’t let him treat you in a way you don’t deserve.

6. He has trust issues 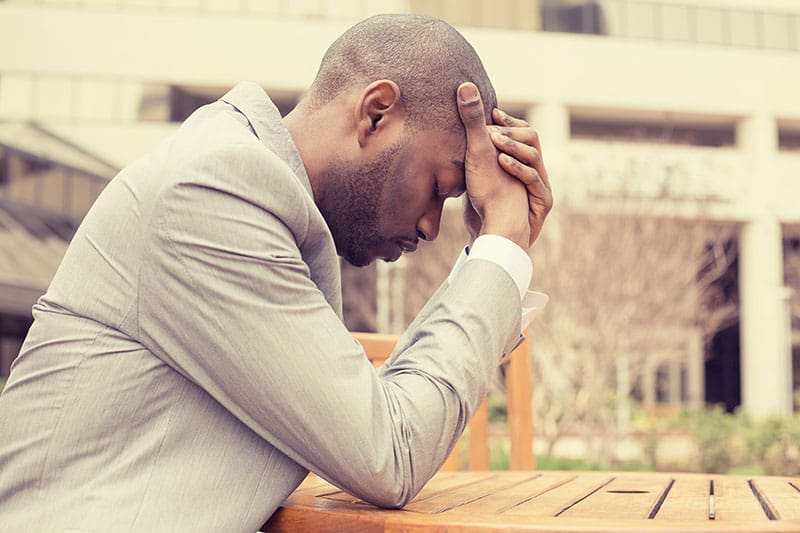 If your man has trust issues, camouflaging them as his love, you should cut that off in time.

If he doesn’t believe you that you don’t want any man except him and that you are not flirting with other men, it is time to give up on him.

Because things may be better for some time but as soon as a situation like that repeats itself, it will be even worse.

He will start blaming you for the things you didn’t do and you will feel bad about it.

No matter how much you try, you won’t be able to satisfy him. He will always find something to pick a fight with you about.

Is that what you want from your dream relationship? I don’t think so!

The best thing you can do for yourself is stay away from a man like that because he will never love you as much as you love him.

7. He hates when your opinions differ 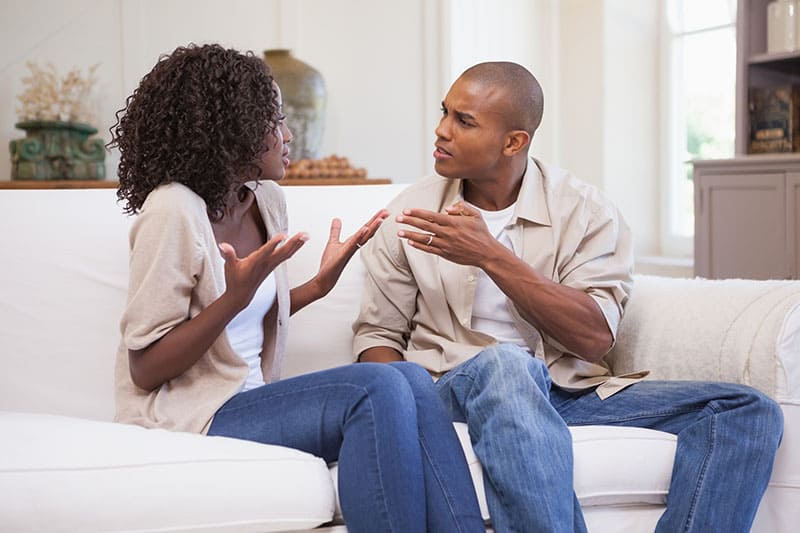 A controlling man will want to control everything, including your thoughts.

He will go nuts when you tell him that you don’t agree with him.

Maybe there will be times you will listen to him, thinking he wants only the best for you.

But at other times, you will feel like shit because you didn’t follow your heart or your mind.

If you tell him that you think something can be different, he will start explaining why you are wrong.

His ultimate goal is to be the winner in every fight, no matter how big it is.

In the end, you will realize that you can’t talk normally to a man like this and that it would be better if you had never met him.

Just know it is not your fault and that the world is full of men like this.

You just had bad luck to bump into him and to fall under his spell. But if you try hard, you can get rid of anything that binds you to him.

8. Your gut tells you something is off 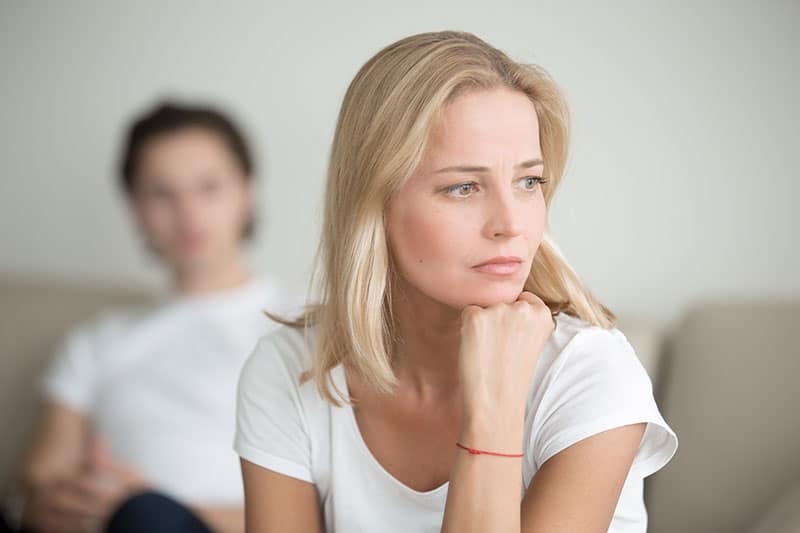 The most important thing is to trust your gut because it is never wrong.

If you feel that he is not like the man he was at the beginning of your relationship, you should let him go.

If you talk to him and tell him all your problems and he still doesn’t do anything about them, it means that he doesn’t respect you at all.

Your heart knows best. It knows how it felt before and how it feels now.

If you are not satisfied with your current situation, it is better to end it in time. If you keep telling yourself that things will get better, they will just get worse.

He will see that he can do whatever he wants with you and he will continue doing it.

And you know what will happen in the end? He will get total control over you and you will feel like you gave up on your life.

And that thought will stab you in your heart and hurt more than the worst thing that has ever come out of his mouth. 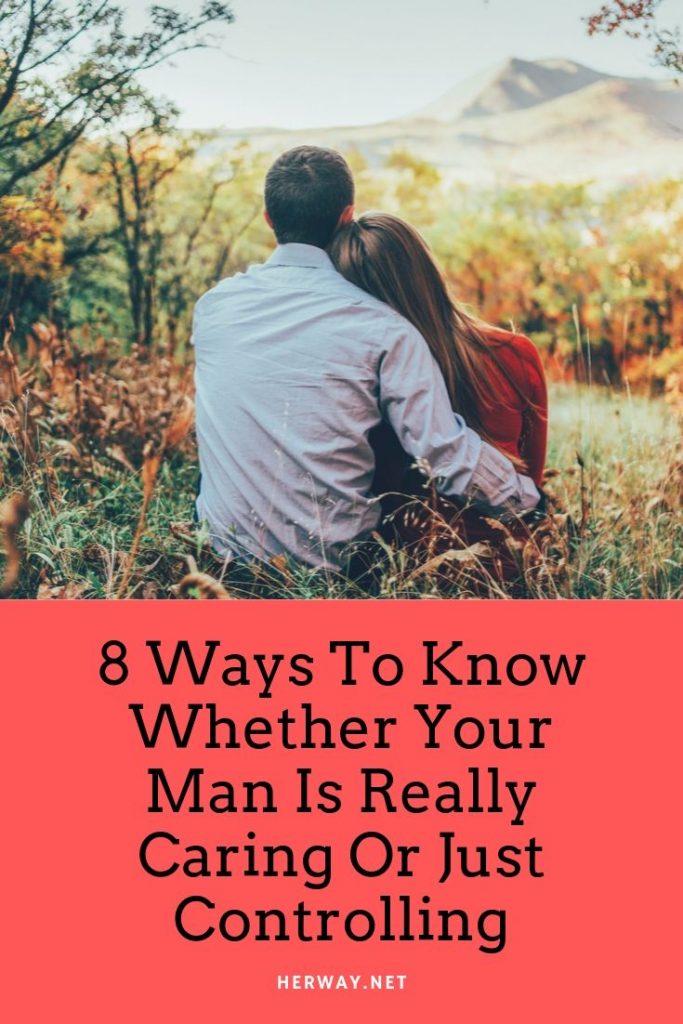