Oh no, have you pulled a card you’ve never seen before while doing a reading about feelings? It’s the suit of Pentacles, and it looks like the queen. But what is the meaning of the Queen of Pentacles as feelings?

The Queen of Pentacles is a card in the tarot deck associated with the element Earth and the suit of Pentacles. This is a card that represents stability, security, and wealth. She is often depicted as a woman sitting on a throne with her feet resting on top of an overturned pentacle.

She can also be seen as someone who has achieved success in their life and has reached their goals.

She represents someone who has been successful in their career or business but now needs to take time to rest and enjoy what they have accomplished before moving forward again.

13 Meanings Of The Queen Of Pentacles As Feelings 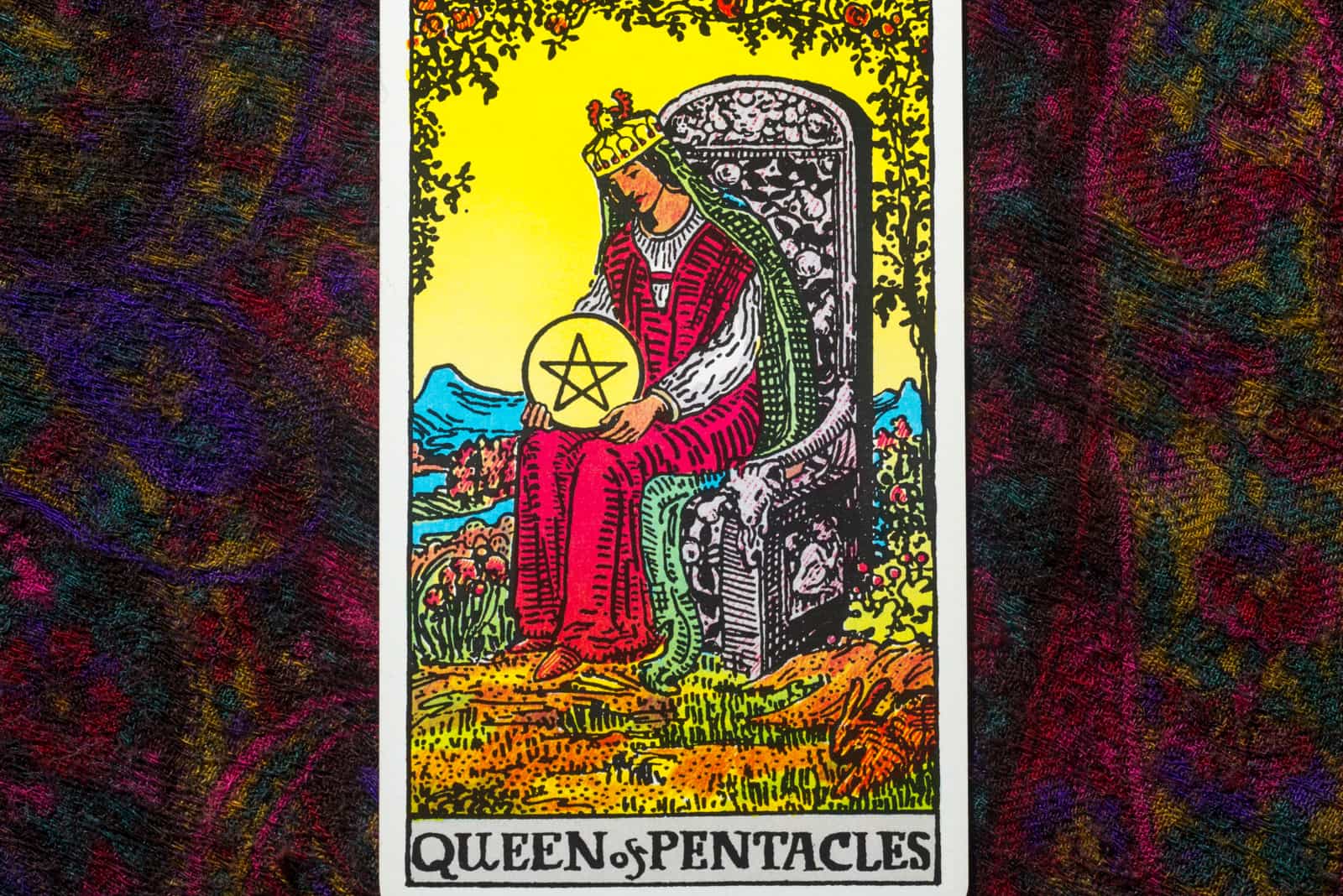 This is a card that represents the struggle in life. It also speaks to the notion of patience and how sometimes, waiting for what you want can be rewarding in the end. It is the card of hard work, toil, and ambition. This woman might be reaching her breaking point.

It can also represent a woman who has lost her way in life or someone who has been struggling with their finances. Remember, all your life struggles eventually make you stronger.

Are you fighting your demons with yourself, or do you have someone by your side? Just like the Empress tarot card, the Queen of Pentacles as feelings is a card that represents the need for another human. It is a card that speaks about the need for companionship and love.

The Queen of Pentacles has traditionally been seen as a card representing women in their prime, but it can also represent men. This card can also mean that it can encourage someone who is feeling down or too depressed to get back on their feet again. 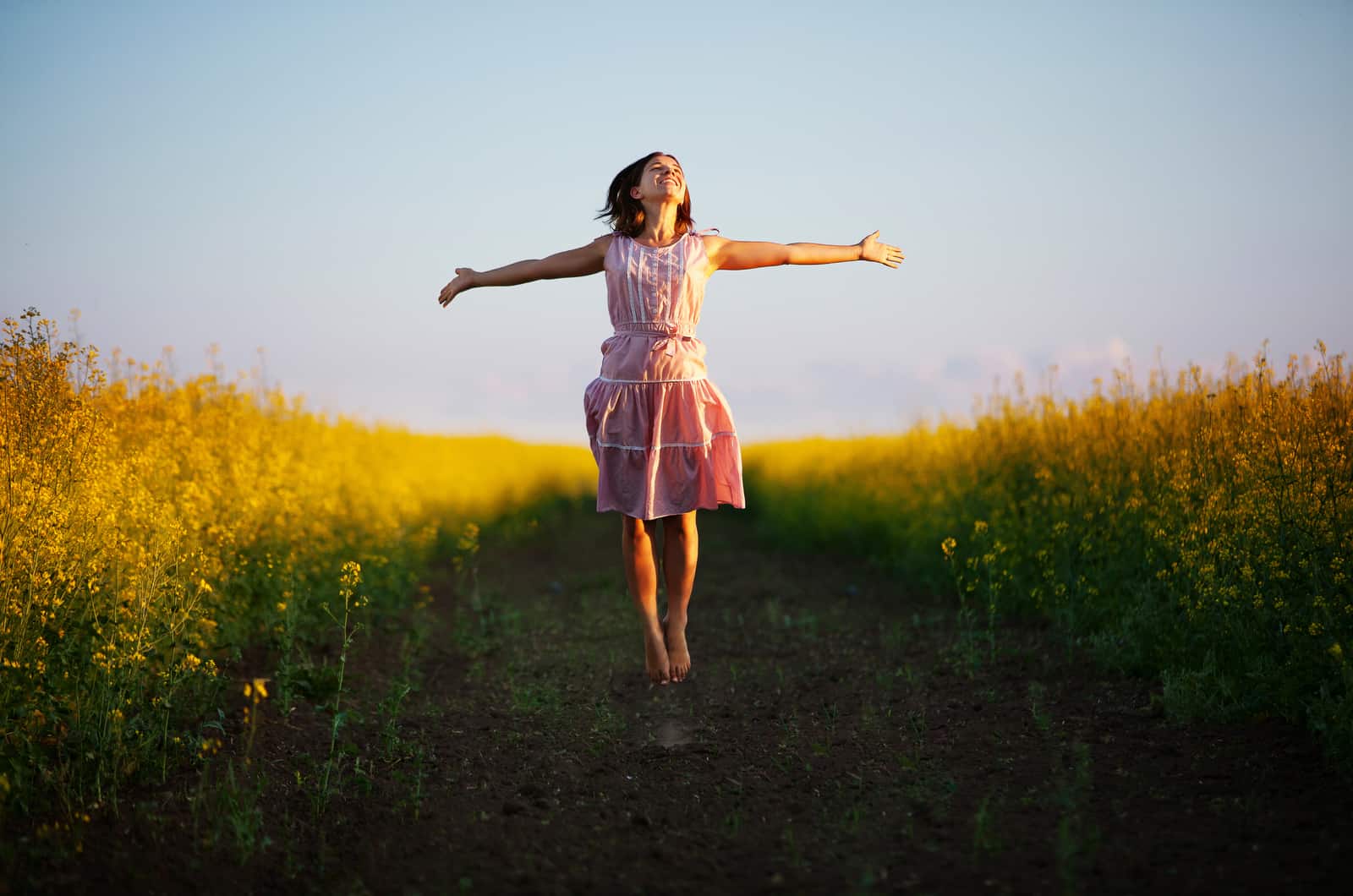 This is a card of earthly pleasures. This card represents the idea that you should enjoy every moment in life. It means having fun, enjoying the present, and taking pleasure in what you do.

The meaning behind this card is that these things are not the most important things in life – because they will eventually fade away, but happiness and joy will never go away.

What will be your delight? Is it earthly like experiencing a twin flame reunion, or will you reach some spiritual goals?

She is often seen as a woman who has everything in life. She is a powerful, influential woman who has achieved success in many different fields and has great relationships with others.

She has an air of certainty about her, making her seem like she can do anything she sets her mind to. This should also go for you.

This is a card that represents determination. It is a card that signifies the ability to overcome obstacles and achieve success. This powerful and confident figure pushes through to succeed. Still, our destiny numbers tell us how determined we are.

The Queen of Pentacles is represented as an older woman with a crown, holding a scepter, wearing red robes, and sitting on a throne surrounded by symbols of power. This tarot card can be interpreted as a sign of progress and achievement. 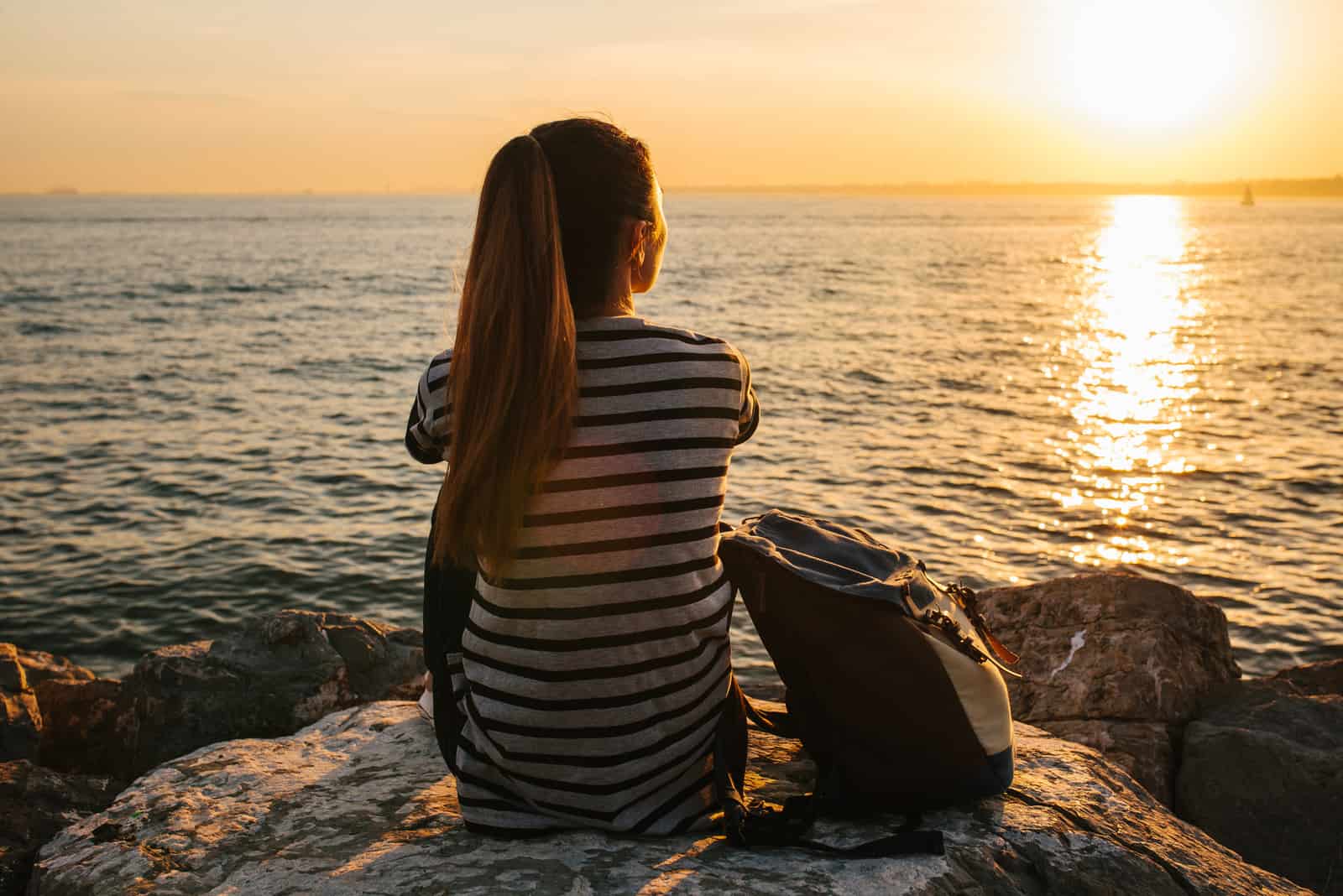 It is a card that shows that you are in control of your life and your own destiny. You are not attached to anyone or anything in particular but have a sense of self-reliance and self-worth.

In fact, you are valuable, just like the first tarot card or the Fool. The queen is often seen as a woman who has achieved her goals through hard work and dedication.

She shows the importance of patience in achieving success. Patience is needed when it comes to achieving material wealth and security. She also shows how one should be careful about their priorities and not let the world distract them from what really matters in life.

The Queen of Pentacles is a card that represents a woman who is in control of her own destiny. She has power and authority over her work, and she can be very successful in this field. It might be peace with a business partner or meeting soulmates.

Relief is one of the meanings of the Queen of Pentacles as feelings. It means coming to peace with something and finding solace in it.

It also means being able to see what might have been going on around you for a long time without realizing it or coming to peace with an uncertain future. 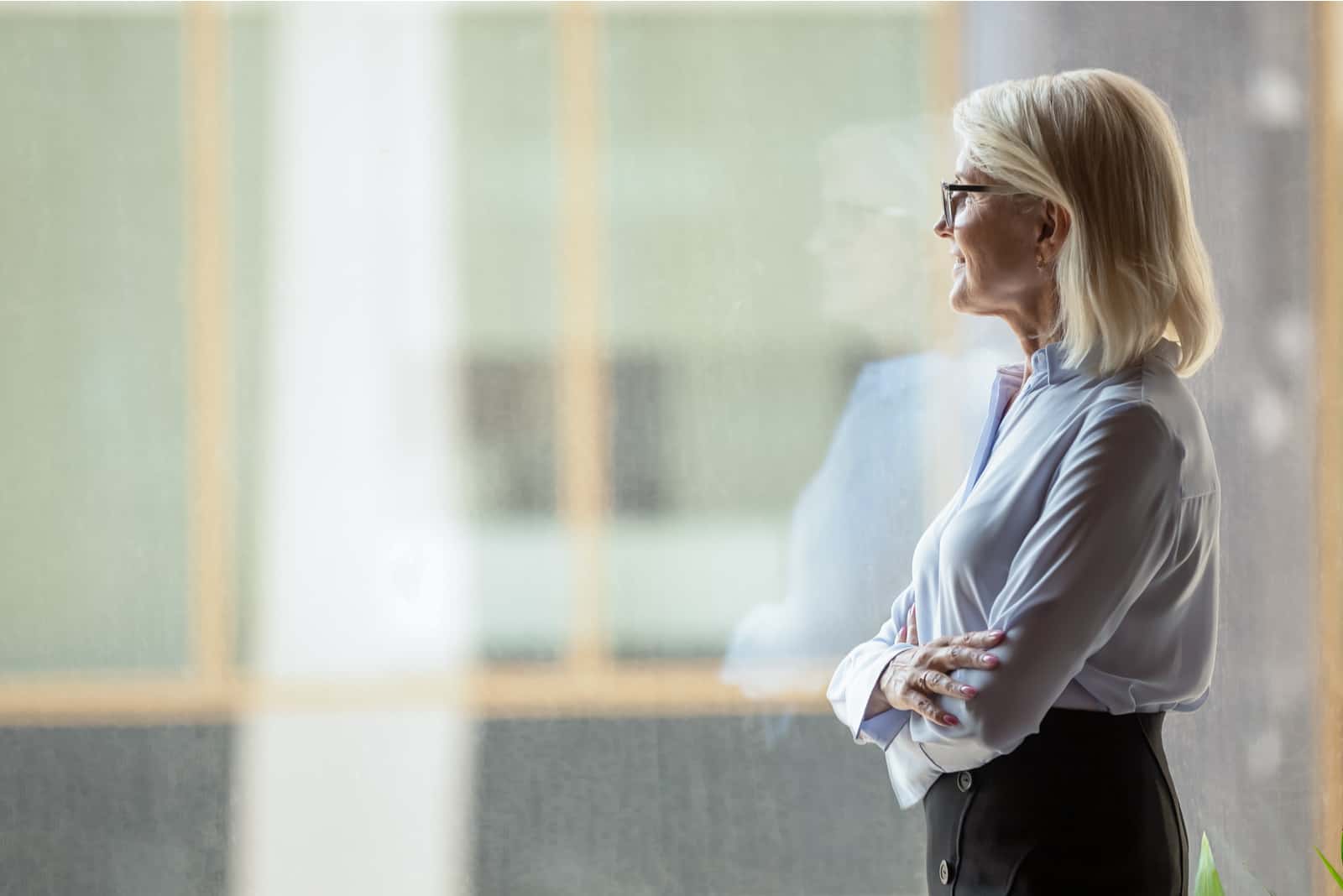 This is a card that represents the tension in life. It shows the struggle of balancing family, work, and personal life. It might also show that you make a person feel the tension in their everyday life, especially if the card is reversed.

The Queen is usually associated with the need for patience and perseverance. This card can also represent a hard worker who has to put in long hours to get ahead.

It is a card that represents negative feelings and emotions that can be felt by an individual when they feel threatened by their partner.

In general, jealousy is a feeling of insecurity, fear, or inferiority in one’s relationship with another person. Remember, however you feel or whatever you do, it will come back to you, just like the Wheel of Fortune tarot card, showing the sacred circle symbolism.

This card represents the idea of having a good work ethic. It is seen as a symbol of hard work, achievement, and prosperity. Still, if it appears reversed, it might mean you are reaching too far, and the stars should be the limit sometimes.

One can also interpret this card as showing the need to balance ambition with patience, which we should all strive for in our lives.

The Pentacle Queen is a card that represents the ability to show vulnerability. It also symbolizes the need for change in one’s life. You are too open to receiving hurtful blows from other people, which needs to change.

The Queen can represent someone who is not afraid to show their true self. They are able to be vulnerable and share their emotions with people without worrying about what others might think of them.

The Queen is a symbol of security, comfort, and stability in your life. She can often be seen holding a cup filled with the fruits of her labor – an image that reflects the idea that she has achieved success through hard work.

If this card appears in a reversed position, it might show that you do not have these fruits yourself and need security and stability. Do this through hard work or love, but make sure it happens. 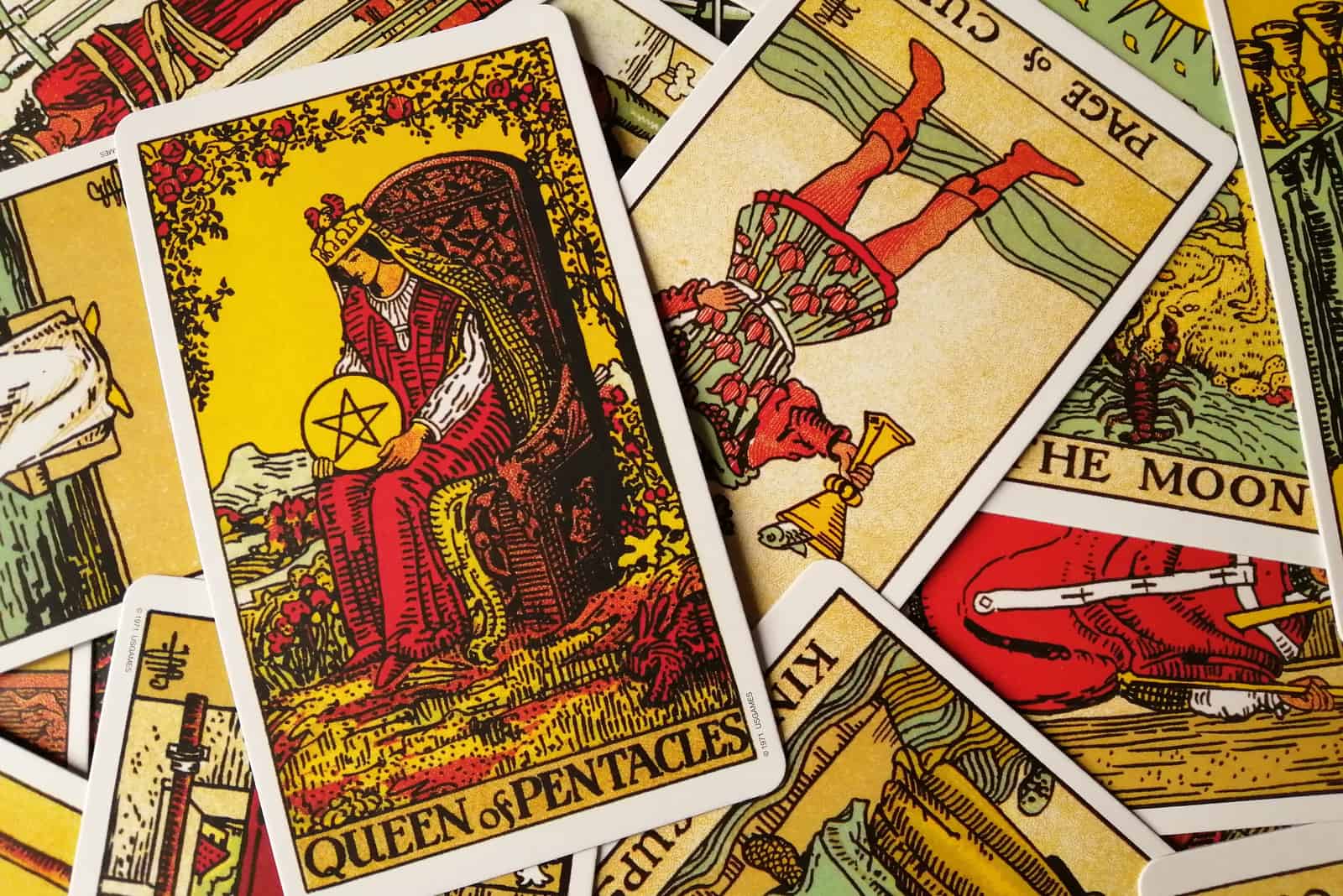 This card is depicted as a woman in the Rider-Waite tarot deck. She goes with the King of Pentacles, Queen of Wands, Knight of Pentacles, and other card combinations on the Page of Pentacles. Her zodiac sign is linked with Taurus, Capricorn, and Virgo when it comes to her zodiac sign.

The Queen of Pentacles is a powerful card in the tarot deck. It’s a card that depicts wealth, prosperity, and material success. She shares her positive affirmations with us.

This is why her depiction is also important to understand the major arcana cards, as well as the minor ones.

This card signifies stability and financial success, but it is also one of the most misinterpreted cards in the tarot, especially by beginners. This court card is usually portrayed as a woman with her head covered in jewels and wearing an expensive dress.

However, she is seen holding a pentacle representing the five elements of nature. The card might be interpreted as a wealthy woman, but she is actually more symbolic than that.

What’s also interesting about her is that her head is not covered by a veil, as most people might expect. Instead, it appears to be uncovered and without a wig or hat, which can symbolize insight and an open mind.

She sits on her throne, just like the alpha woman she is. She looks at her power that rests upon her lap, or the pentacle, and enjoys the life she has right now.

This card can be interpreted as the personification of wisdom and experience, which is why it is often associated with older women. The Queen could represent someone who has lived many years but still has plenty to offer others. 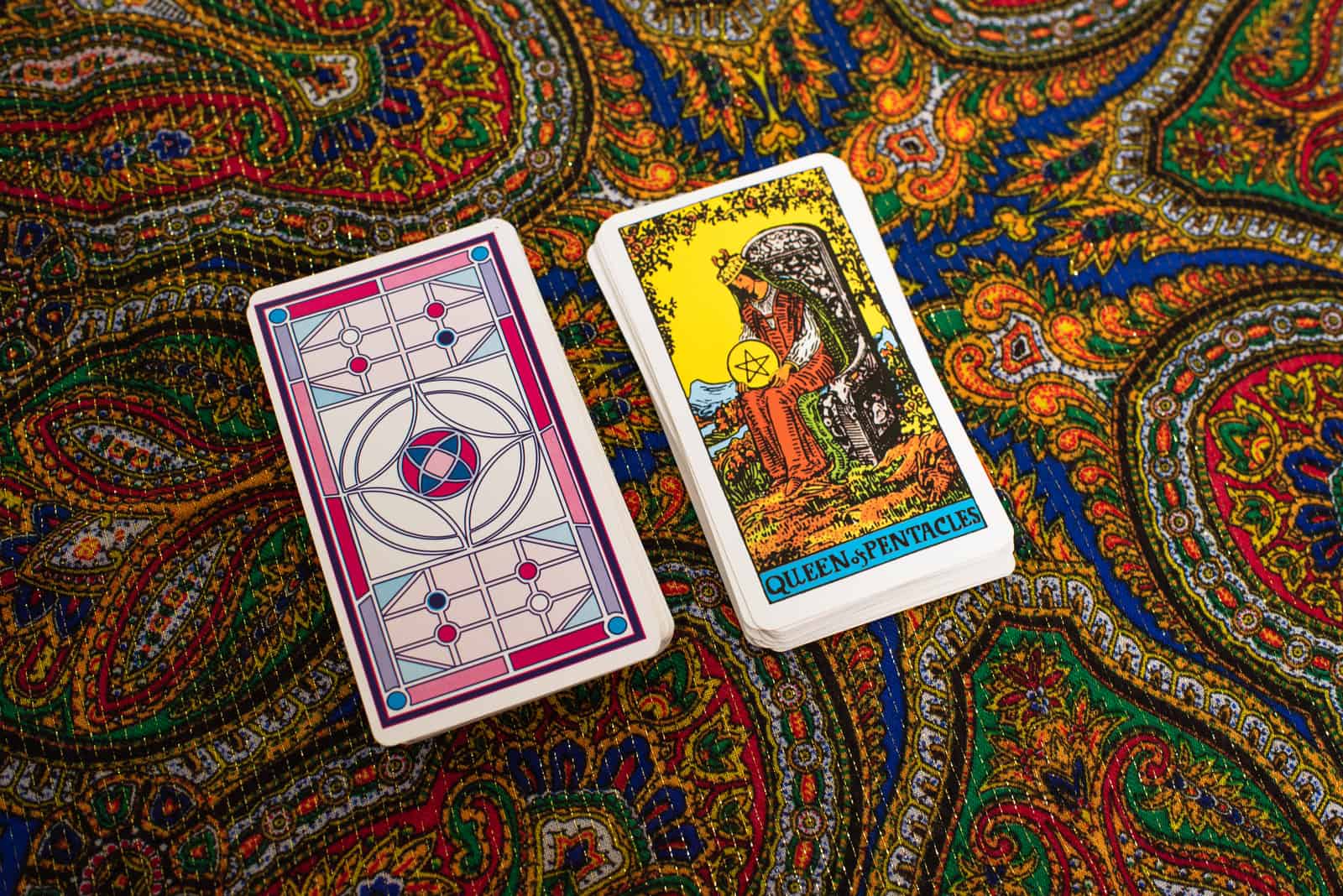 The Queen of Pentacles is a card that symbolizes wisdom, prosperity, and material success. It also represents the mother figure and the nurturer. She can have two sets of keywords for the tarot reader:

• Yes or no meaning: Yes

The Queen of Pentacles is an archetypal feminine figure that embodies the idea that success and prosperity can be achieved if you are willing to put in the hard work. This card represents a woman who has a strong work ethic and is driven by her goals.

This minor arcana card represents happiness and success in life. It can also show the abundance you are surrounded by. The Queen of Pentacles is a very positive card that represents abundance, security, and prosperity.

The Queen of Pentacles is often seen as a woman who has been put through the wringer but manages to remain strong. She may have suffered from loss or tragedy, but she has managed to overcome it and move on with life. She has true feminine energy.

This card can also be about someone who is able to create their own destiny and lead their own path in life. The Queen of Pentacles can also represent someone who knows how to make the best out of any situation they are faced with in life.

In love tarot or a tarot reading looking for the love meaning of a card, this is a positive card. Your love reading is positive because this Queen nurtures herself and is successful. Just look at all of these positive Queen of Pentacles as feelings interpretations.

The Queen of Pentacles is a card that represents the material world. It is a card that can be used to represent the materialistic side of life. She can also be seen as an omen for prosperity and success in business, but it also has some negative connotations with it. 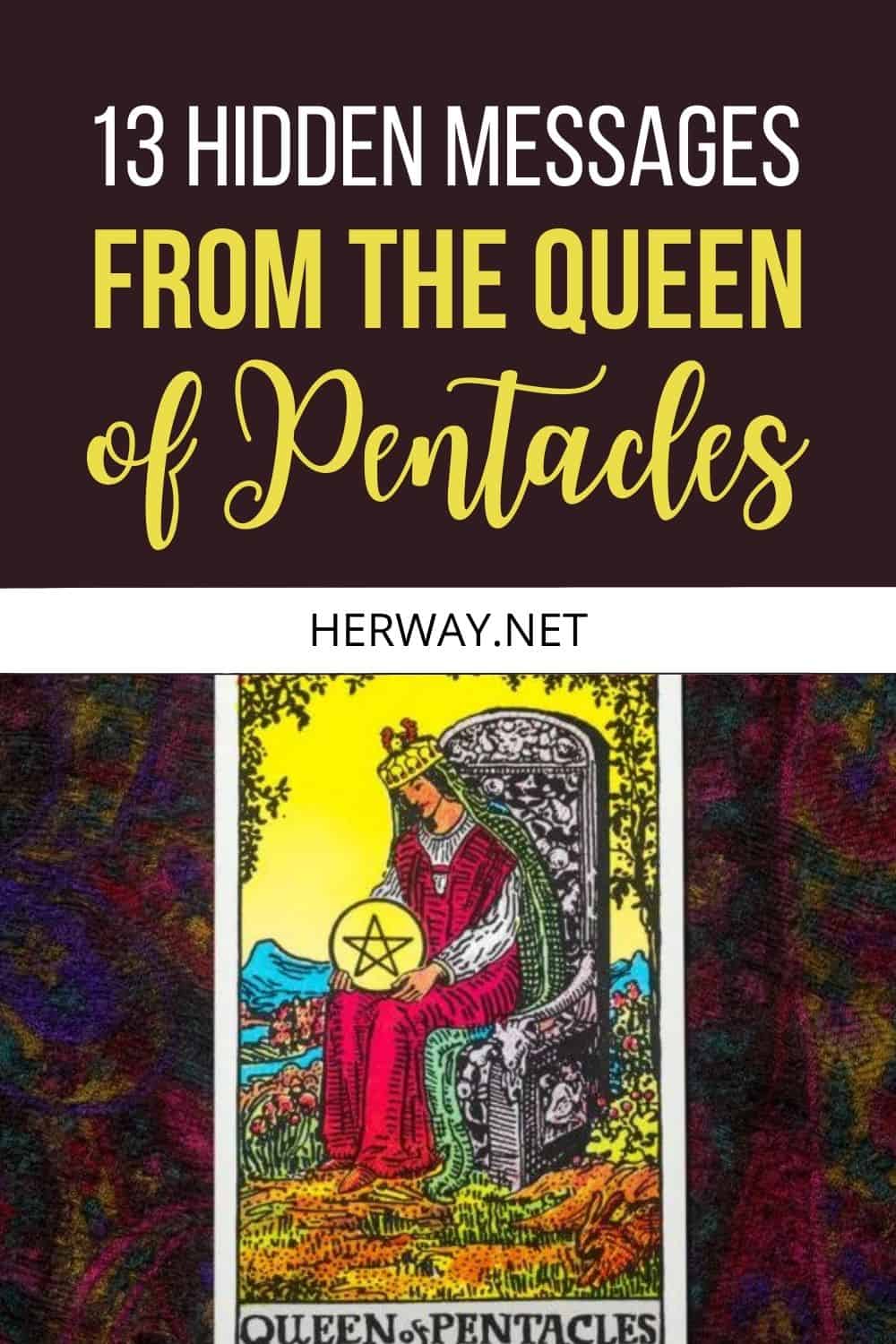