You’ve found out your crush is a Leo, and now you’re wondering what a Leo man looks for in a woman.

Could you be the one for him? Or do you have to work on yourself a bit for him to notice you? What traits does he appreciate the most?

Don’t worry because all of these questions will be answered. You’ll find out exactly what you need to do so a Leo man likes you and keeps you by his side forever.

What A Leo Man Looks For In A Woman: 15 Traits

If you really want to know what a Leo man looks for in a woman, here are 15 personality traits that take his breath away: 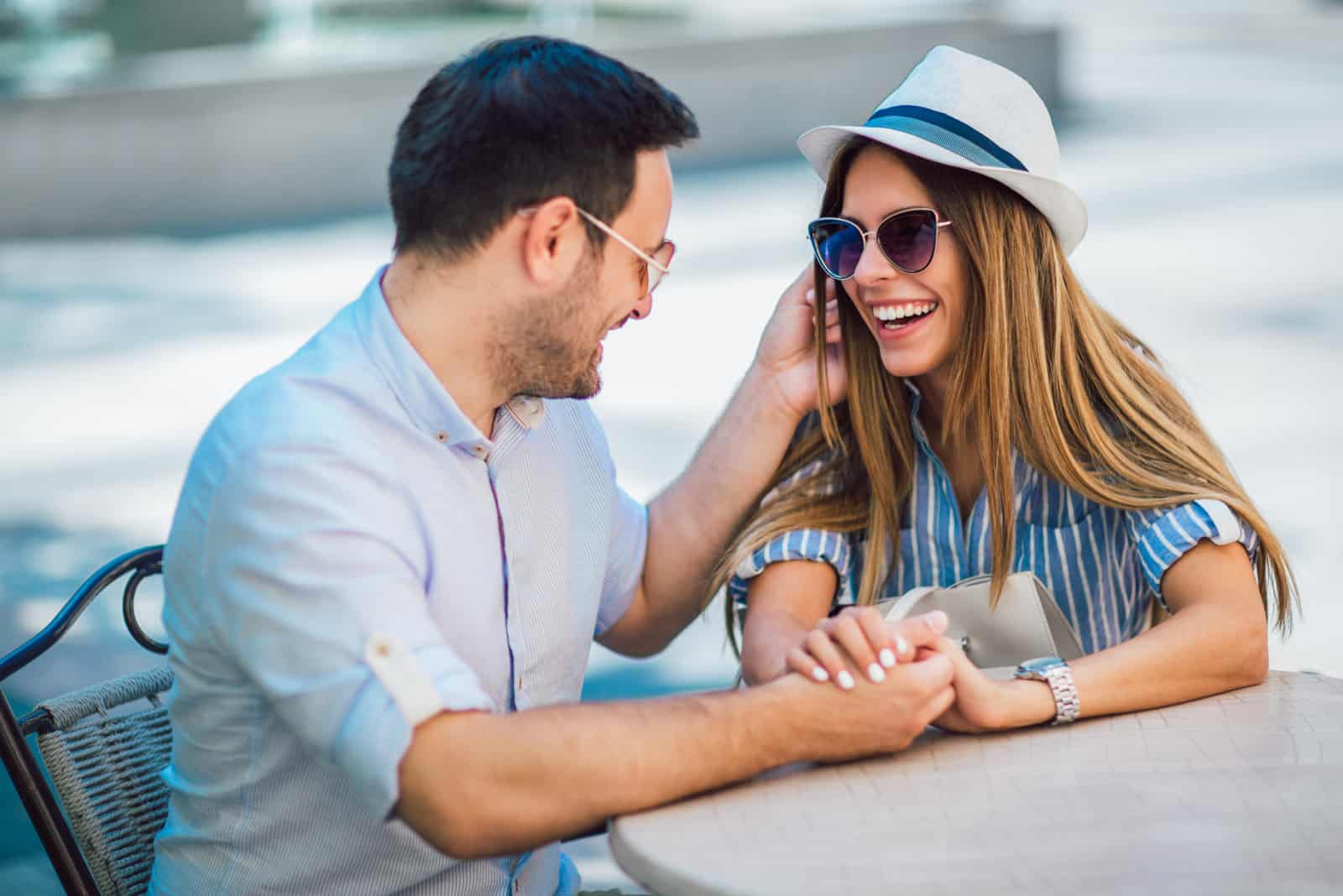 That’s right. The first thing a Leo man will look for is how cheerful you are.

If you constantly tease him and make him laugh hard, he will be spell-bound.

That’s why you need to feel sexy and confident in your own skin and not suppress any part of yourself.

Don’t be afraid to add a little sassiness to everything you say because that’s exactly what he’s looking for.

2. It’s all about charisma

Leos are obsessed with their reputation. They always want to look good and be loved by everyone. So, it’s no surprise they want a woman who people look at with admiration.

If you double the positive energy with your presence, he will be more than happy to be in your company.

This doesn’t mean that it matters how popular you are. It doesn’t matter even if nobody knows your name.

It’s all about the charisma and how good you are at making others intrigued by you.

3. A pretty face and a kind soul

Looks may not be enough for a Leo man to form a long-term relationship with you, but it’s still important.

If he notices that you don’t take good care of yourself and don’t spend enough time on your appearance, he won’t take a second glance.

But if you always have the vibe of a goddess among mortals, he won’t ever look away.

Even if you get his attention, though, it won’t be enough if there’s no goodness in you. So, make sure that your beauty doesn’t only show on the outside.

It’s very important for Leo that he sees how passionate you are. If you approach everything in life with a glow in your eyes, he will want to be near you.

But that same passion should be shown between the sheets, too!

Yes, know how to satisfy a Leo man in bed, and he will never look at another!

5. Show your interest in him 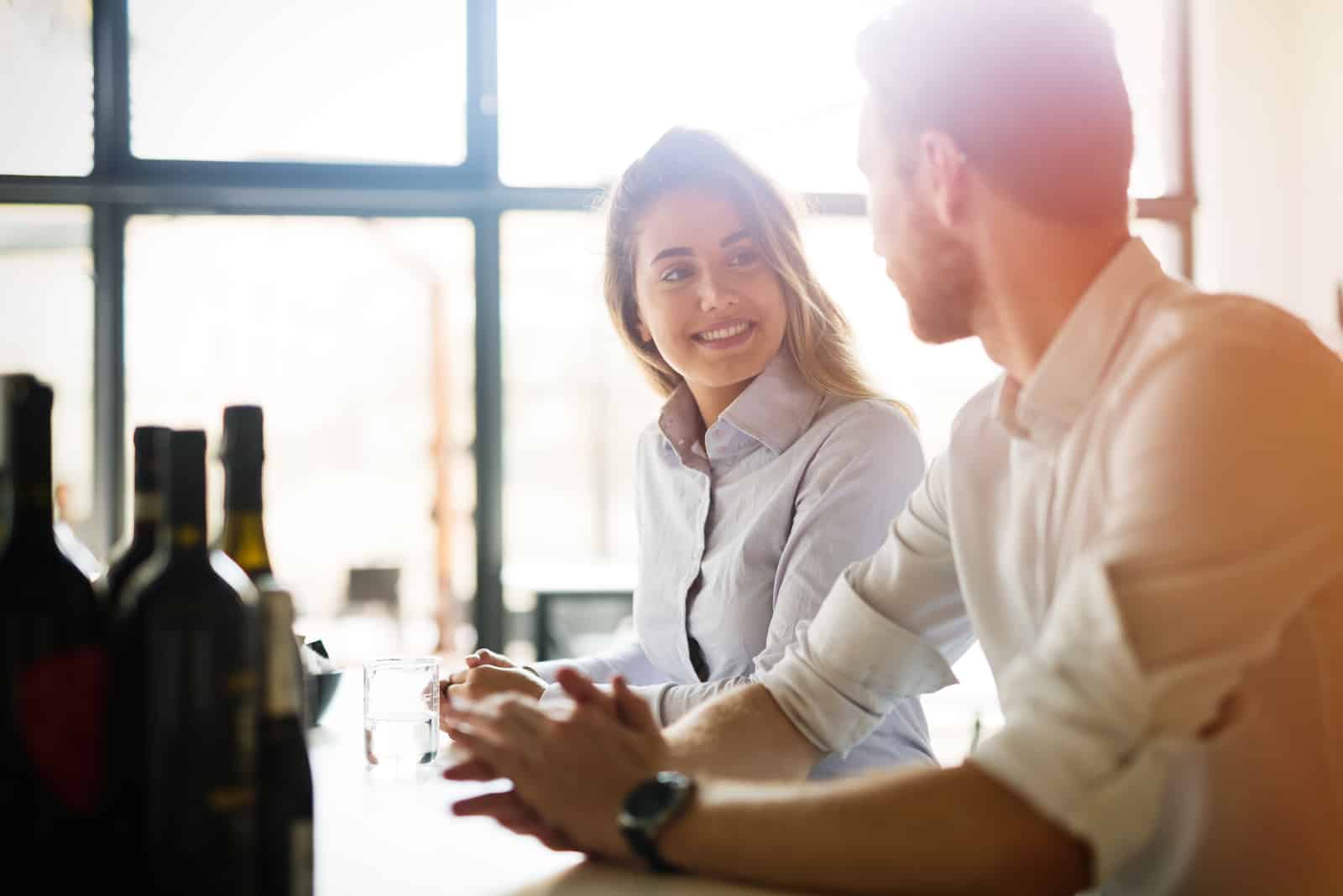 A key Leo trait is his tendency to show off and thrive on praise, so if you aren’t able to shower him with attention, he will dislike the idea of being with you.

You need to constantly feed his ego with compliments of all kinds.

Tell him how great his shirt looks on him or how adorable you find the sound of his laughter.

Trust me, he won’t be able to resist you then, AND he will be more encouraged to repay the favor.

You can never be too childish for him. A Leo man wants to see you enthusiastic about the little things and laugh like there’s no tomorrow.

He wants you to go on adventures with him, not to appeal to him, but rather because you want them as much as he does.

So, yes, what a Leo man looks for in a woman is the freedom to release her inner child.

7. Be an independent woman

What a Leo man looks for in a woman is independence.

Well, because he values his freedom, and the last thing he wants is a clingy girlfriend needing him 24/7.

So, if you really want to be with him, you first need to be comfortable being by yourself.

Set boundaries and do things that you love. If you don’t have boundaries, take the time to find them, then your Leo man will be more than happy to be a part of your life.

When a Leo male has a problem, he never worries about it too much. He’s the type of person who doesn’t take life too seriously, so he never allows problems to ruin his day.

If you can relate to that, rest assured that you will get along perfectly.

He wants someone who never exaggerates the difficulty of a problem.

If you can be at peace despite knowing that there’s something huge waiting for you when you get back, he will be thrilled to have a girlfriend as light-hearted as you.

You’re about to go on a date with a Leo man, and he suggested fun activities like bungee jumping and skydiving, but you’re too afraid. What are you going to do?

Well, I hate to break it to you, but Leo men are never impressed with someone who’s unable to go out of their comfort zone.

If you really want to win his heart, you’re going to have to let go of fear. Besides, your life will be so much more exciting, trust me. 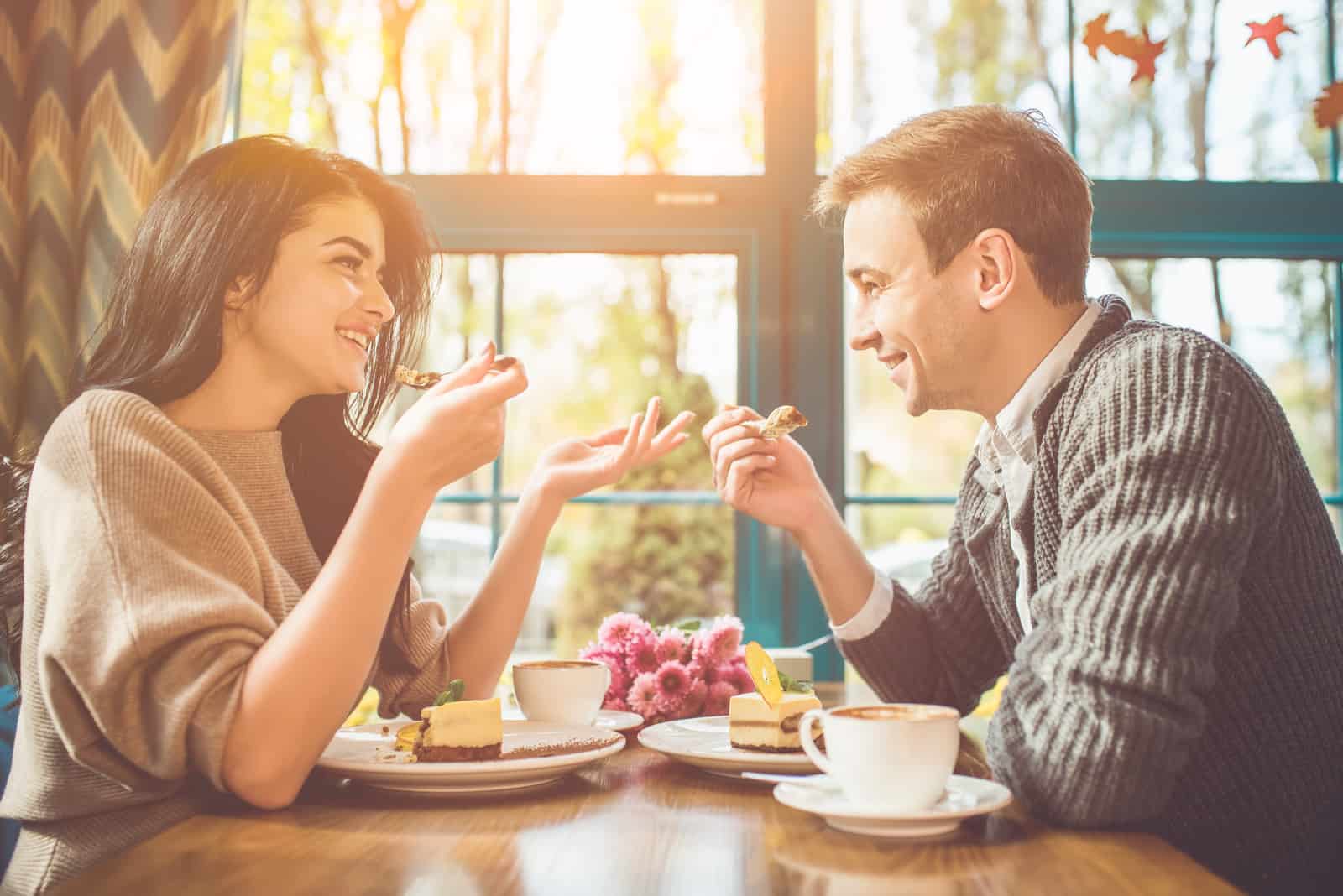 You must have heard about Leo’s confidence. It’s no wonder he’s a fire sign with the lion as his symbol.

He is indeed the king of the jungle who’s perfectly aware of his own worth, and you’ll never see him struggling with insecurities.

This is why he’ll look for a confident woman because an insecure one would drain him of his energy.

From her physical appearance itself, he will be able to see how self-assured she is, let alone when she starts talking.

She won’t bother him with gossip because she’s so into her own life that she has no need to talk behind other people’s backs, and her Leo man will find her irresistible because of this.

Yes, Leo guys are big fans of hugs, cuddling, and every other form of physical affection. Are you a woman who will be able to show your love for him this way?

Not everyone’s love language is the same, so you always need to pay attention to what he wants, and vice versa.

Tell him how you want to be loved, but also be prepared to fulfill his own wishes.

Besides, a lot of cuddling doesn’t seem too difficult a task, does it?

A Leo man may be flirty, but they’re actually one of the most loyal zodiac signs, so they want to see that same loyalty in their partner.

If you have a wandering eye, and can never be fully committed to one person, then that’s one of the clear signs a Leo man isn’t the type of man for you, nor are you the type of woman for him.

But if you really want to win his heart, then make sure nobody else occupies your mind. He will sense your devotion and be instantly drawn to you.

He’s the alpha male, so don’t expect him to bow down to your commands.

Of course, this doesn’t mean that you should do everything he wishes. On the contrary – just respect his choices, and tell him to do the same.

If you’re a control freak by nature, you’ll have to sort that out because a Leo man can’t be controlled.

Let your power play be nothing more than a play, and instead, be each other’s equals.

A Leo man in love might be devoted, but do you think that he, as someone who enjoys being the center of attention, will accept anyone who constantly criticizes him?

You bet he won’t.

What a Leo man looks for in a woman is support and encouragement. He primarily wants you to be best friends who are always there for each other.

Do you think you could be that person for him? 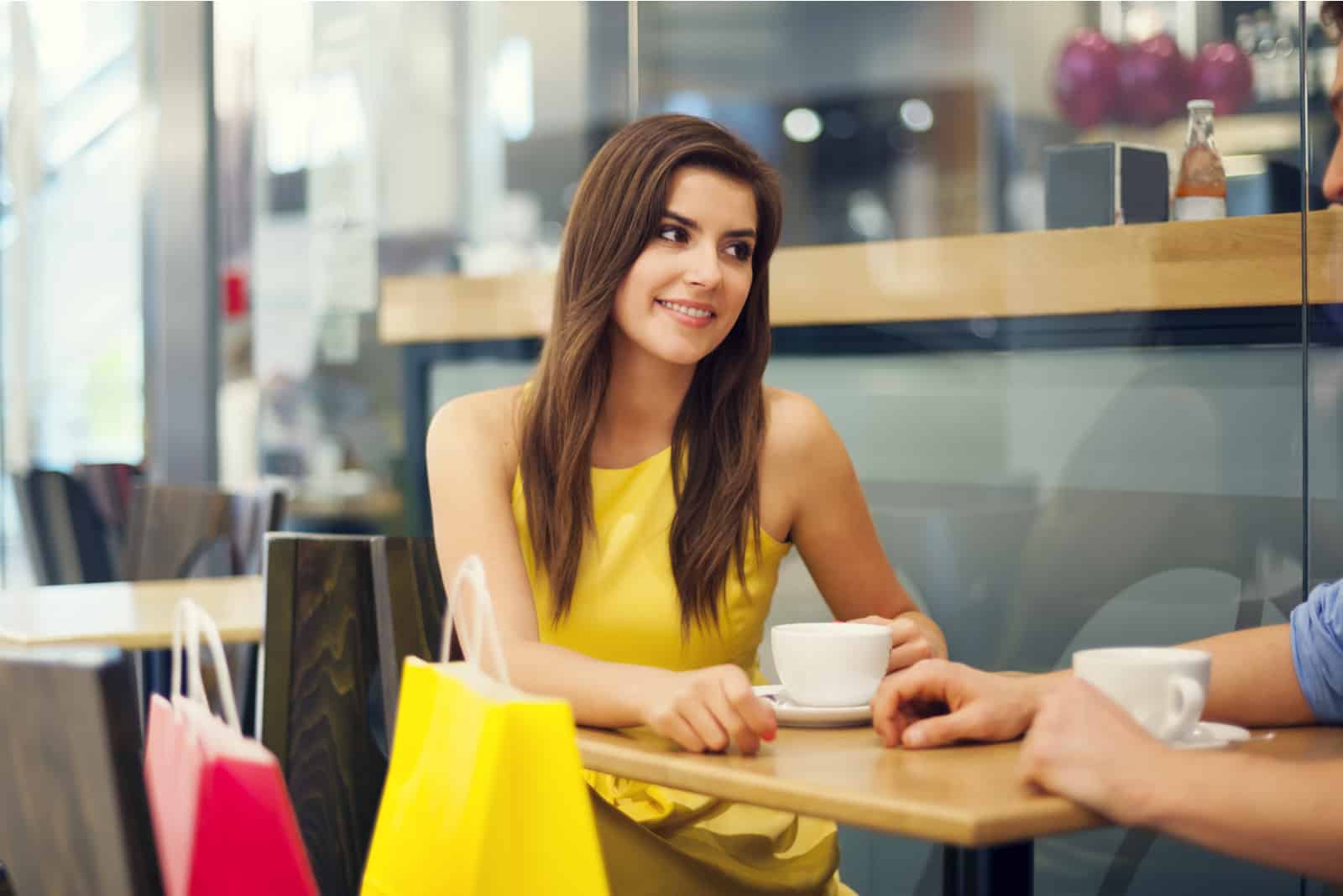 Yes, maybe he wants you to show an interest in him, but maintaining an aura of mystery will make you much more desirable.

So, if you’re wondering how to attract a Leo man, it’s very simple – reveal enough information to intrigue him, but also keep some things to yourself if you want to leave him wondering.

If you add him on social media, don’t post too often. If you meet in person, keep the conversation light.

We’ve got to leave something to the imagination, don’t we?

P.S. If you want a Leo man to chase you, read Anna Kovach’s book, Leo Man Secrets, for more tips.

RELATED: How Does A Leo Man Test A Woman? 20 Clear Signs

Compatibility With Other Zodiac Signs 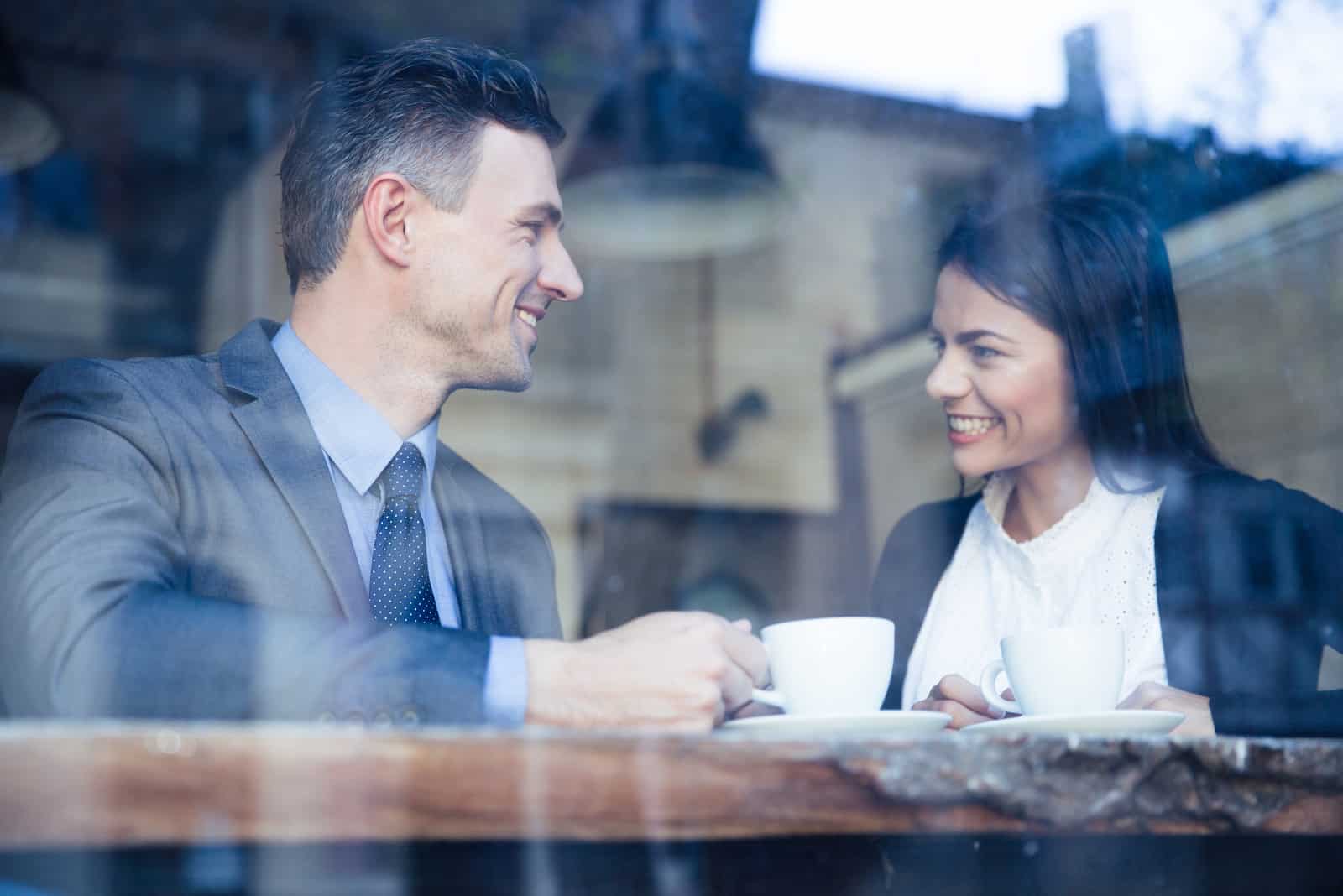 What kind of woman would make the best match for a Leo male? Which horoscope signs do Leo men like and get along with the most?

Yes, what a Leo man looks for in a woman is the same fiery temper that he has himself. He wants you to be mature yet childish enough to do anything you set your mind to.

In reality, all you have to do is embrace the beauty in life, and he will come knocking at your door so you can experience it together.

Now that you know what you need to do, go and knock him off his feet! 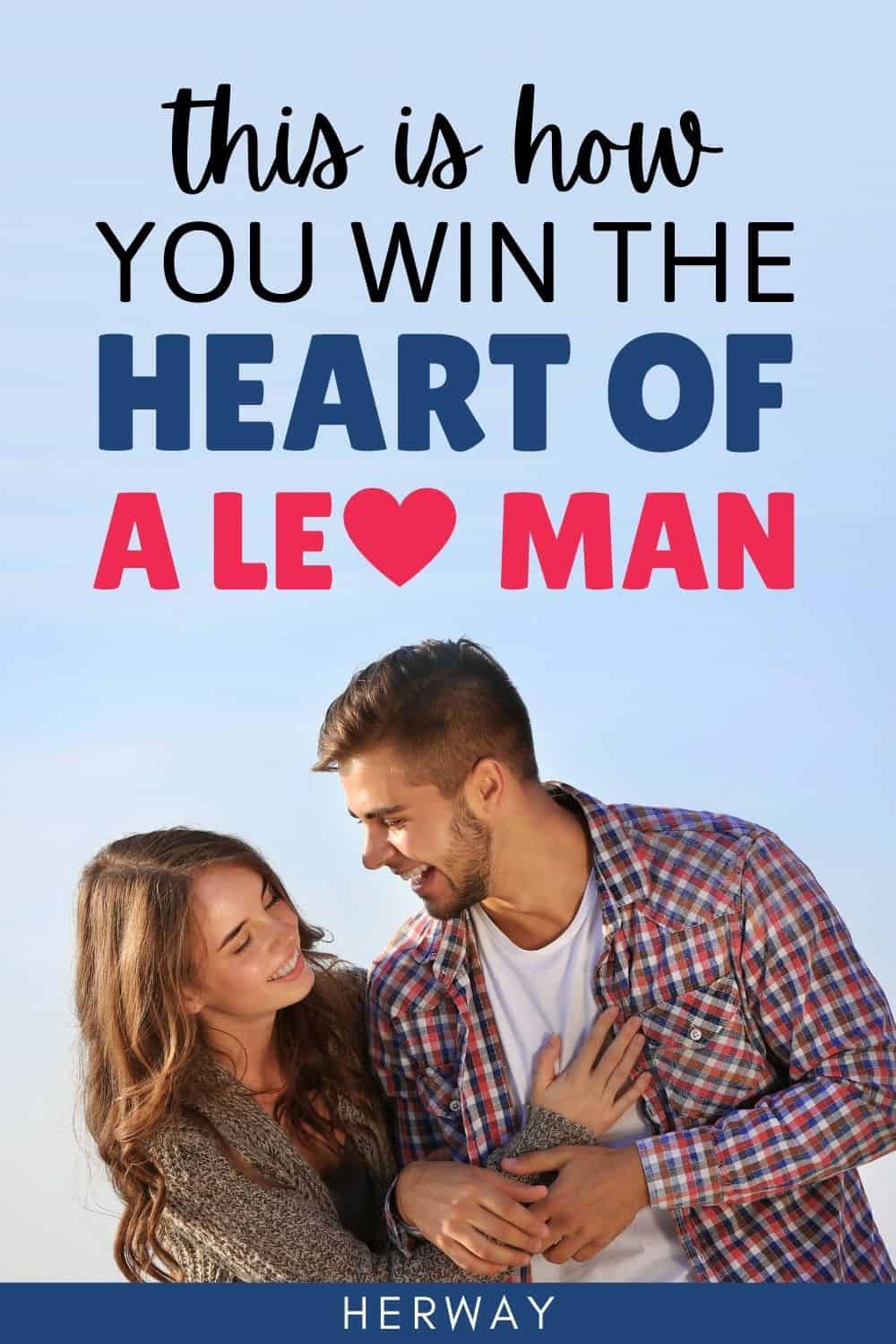