Did you notice certain changes in a Pisces woman’s behavior and now you’re trying to figure out what exactly is going on here?

It could be that she’s dealing with some challenges in her personal life, that she feels neglected, or it could be something else. The worst case scenario: She is done with you.

Sometimes, it’s really hard to figure out when a Pisces woman is done with you. Some of these signs are obvious while others require a more in-depth “analysis”.

Well, today we’ll solve that mystery together! You’ll learn exactly what happens when a Pisces woman is done with you, so that you know where you stand.

We’ll also go through some essential questions like: Why do Pisces women distance themselves? or What should you do if a Pisces woman is ignoring you?

Contents show
1 Here’s What Happens When A Pisces Woman Is Done With You
1.1 1. Changes in her emotions and behavior
1.2 2. “I’m done with you”-attitude
1.3 3. Jumping to conclusions
1.4 4. Making zero effort
1.5 5. The call to adventure
1.6 6. Changes in her priority list
1.7 7. Disagreements over trivial things
1.8 8. Intimacy withdrawal
1.9 9. “Settling down” talk is non-existent
2 Why Do Pisces Women Distance Themselves?
3 What To Do If A Pisces Woman Is Ignoring You?
4 Final Thoughts 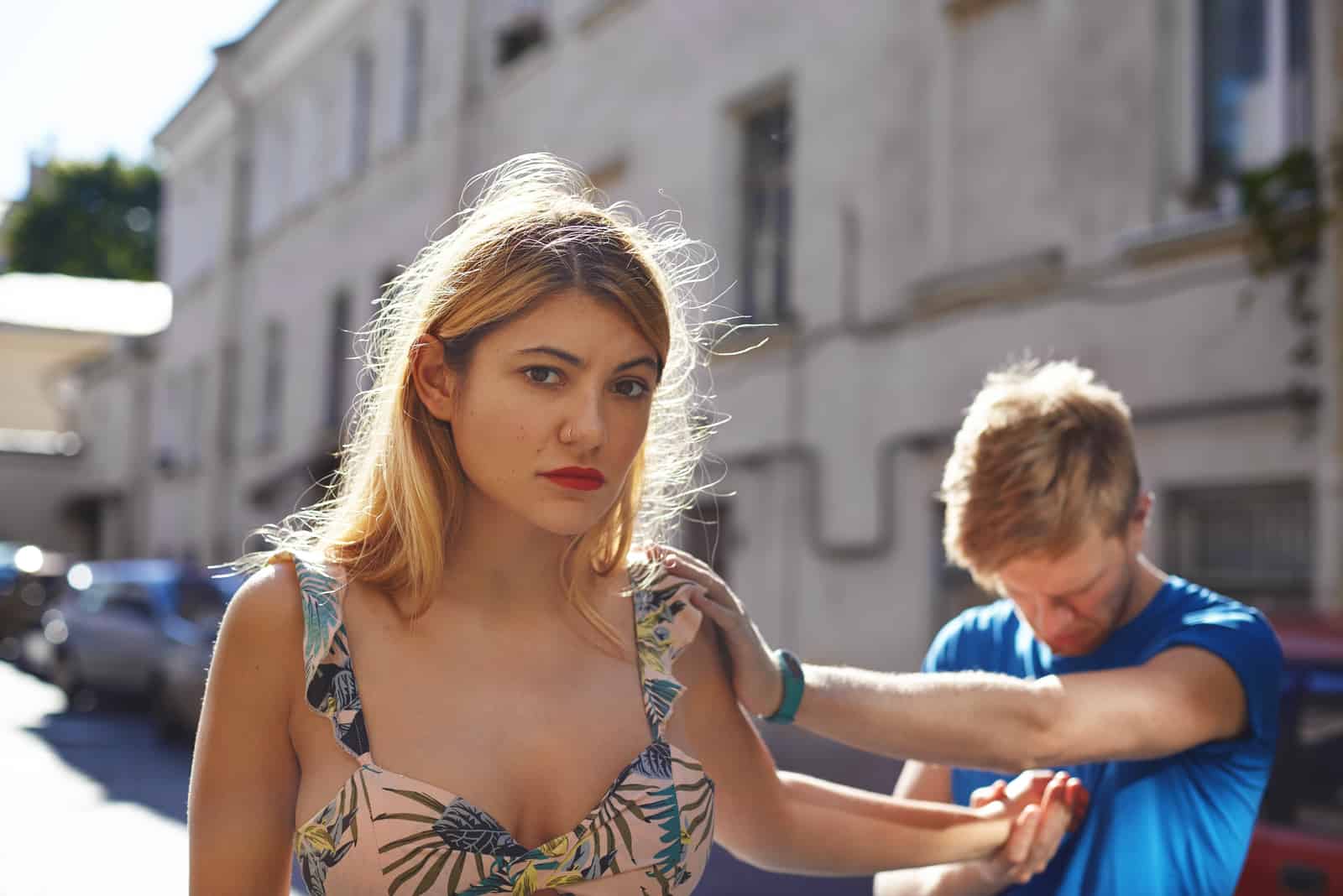 How can you be 100% sure that a Pisces woman is done with you? Well, if the majority of the signs below resonate with her, then you know she’s done with you for sure:

1. Changes in her emotions and behavior

One of the most dominant Pisces personality traits is their sensitive and emotional behavior. You know a Pisces woman is totally into you when she openly expresses her feelings.

Also, you know she deeply cares about you when she showers you with romantic gestures. If she no longer does any of that, then you can be sure a Pisces woman is done with you.

Her mood has now shifted from stable romantic behavior to frequent mood swings. At times, she confuses you with her uncontrolling behavior. It’s like she’s no longer even trying to express her feelings for you because they are non-existent.

All in all, she became a woman who is unpredictable and it’s really hard for you to follow all these changes in her emotions and overall behavior.

When a Pisces is done with you, she will have this “I’m so done with you”-attitude in whatever she’s doing or saying to you. If you ask her where she is going, she will refuse to tell you.

If you try to initiate a conversation, she’ll find 393837 excuses to avoid talking to you. Whatever she does or says to you, there won’t be any justification.

She won’t tell you directly that she’s no longer interested in being a part of your life, but she’ll expect that you read between the lines.

When a Pisces woman goes silent, know that she’s most surely done with you. When she has nothing to say to you, something serious is going on.

How do you know that a Pisces woman no longer cares about you and your relationship (if you are in one)? When she starts jumping to conclusions rather than listening to your side of the story, then you know she’s totally done with you.

Whatever you do or say, it will be used against you (in one way or another). She doesn’t do this on purpose but it happens subconsciously.

If someone calls you in a small hour, she’ll immediately assume that it’s your side chick. She won’t even ask you to prove her wrong but she’ll instantly jump into “attack mode”.

She’ll do that because she obviously doesn’t care about saving your relationship. She’s just collecting more reasons to move on, even if those reasons are not legit.

When she’s truly done with you, you’ll notice a tremendous change in her efforts. She will no longer initiate dates, hangouts, and she won’t bother showering you with affection.

Making zero efforts will come natural to her once all her feelings for you vanish into thin air. She will no longer do all those little things that used to make your day.

You will also notice a change in her texting patterns. It will take her lots of time to text you back and once she does, longer texts will be a thing of the past. One-word texts or one to two sentence texts will become the norm.

Because she no longer cares about making an effort.

5. The call to adventure 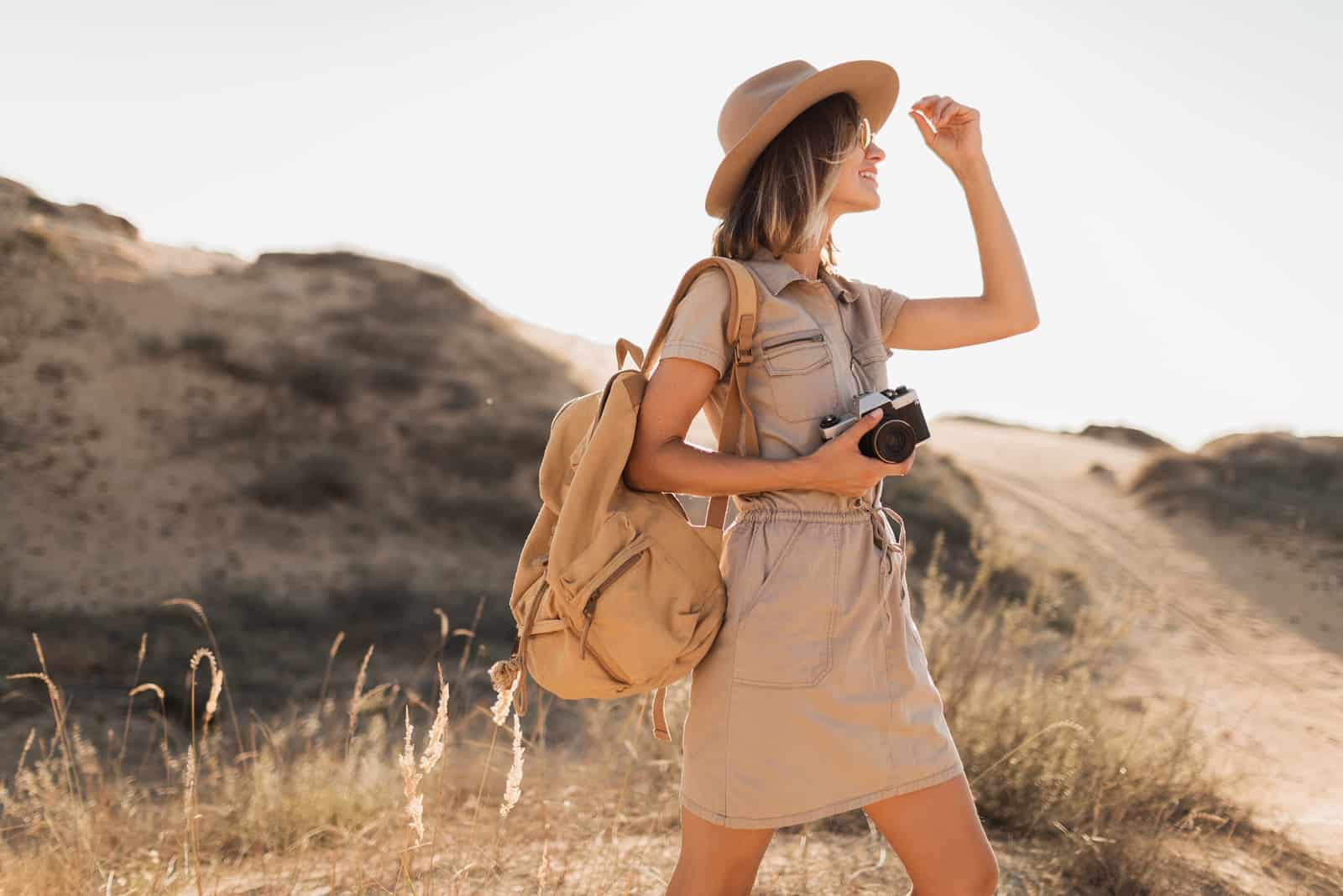 Have you noticed that your Pisces woman has become more outgoing? Does she seem to be on an adventure quest? If yes, then you know this is happening for a reason.

When a Pisces woman is done with you, all her energy and efforts will be redirected to adventure and challenges. This means that she’s focused on finding new hobbies, new ways of expressing herself and overcoming her fears.

Whenever you initiate a hangout with her, she’ll tell you that she doesn’t have time for that because she has more important things to do. Discovering her adventurous spirit will become her main occupation.

When a pisces woman disappears all of a sudden, then you know your place on her priority list has lowered. Even doing the most trivial things will be more important to her than spending time with you.

That is how you know that she’s determined to move on and start a new chapter in her life. Changes in her priority list are a surefire sign that you’re no longer as important to her as you used to be.

Her friends and family, her job, her hobbies, and going on adventures are at the top of her priority. So now, more than ever, the following statement rings true: “Once a Pisces woman is done with you, you’ll know it for sure.”

“Did you forget to wash the dishes again? Where is the remote?”

These seem like normal questions but in this case they are the “trigger questions” after which comes arguing.

When a pisces woman is done, arguments in a relationship over trivial matters start to emerge. Every single thing that you forgot to do or didn’t know she wanted you to do will be a valid reason for starting a fight.

Most of the time, your disagreements will be over the most trivial things ever. This is mostly due to changes in her emotions and behavior. In other words, every single thing will be annoying to her because it’s evident that she’s done with you.

If you can’t remember the last time you two were intimate, then you know something’s not right. When in love, Pisces women are caring, sensual, and they see lovemaking as the ultimate way of bonding with their partner.

So, if she no longer initiates any type of intimacy and makes excuses when you suggest doing something intimate, you know she’s done with you.

Intimacy withdrawal is one of the biggest signs of a Pisces woman’s disinterest in their partner. If they don’t want to be intimate with you, they have already made their decision to cut you out of their life.

9. “Settling down” talk is non-existent

We all know that the Pisces zodiac sign stands for one of the most romantic of all. Meaningless romances and hookups are not their cup of tea. They either go all in or they don’t go at all.

What am I trying to tell you? If your Pisces woman no longer mentions settling down in any context, then you know she has other plans for the future.

Settling down for the wrong man is not an option.

Why Do Pisces Women Distance Themselves? 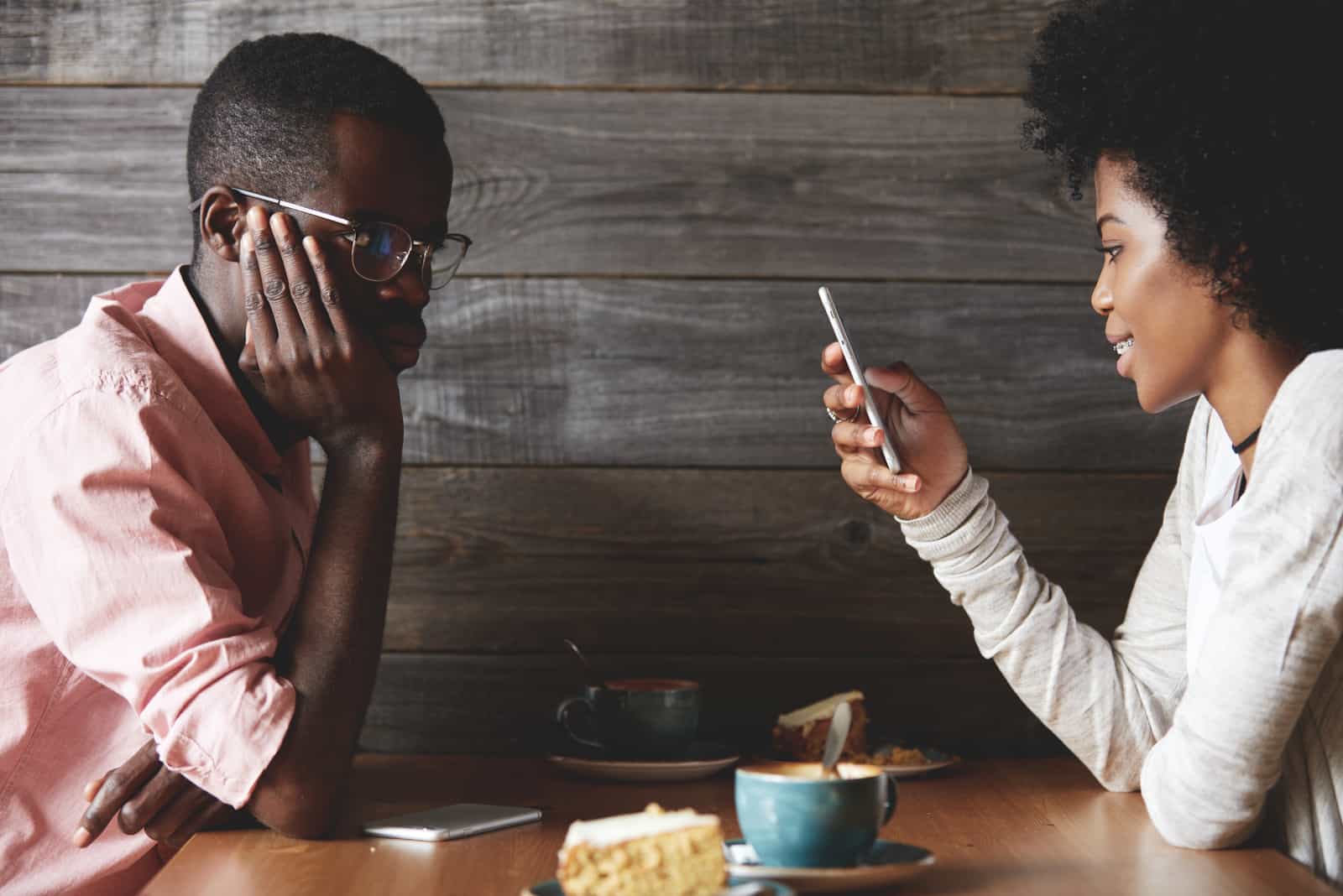 No, Pisces women don’t decide to pull away overnight. Pisces woman being distant is a decision inspired by multiple factors, mostly by the way she’s being treated by her partner.

Here are the most common reasons why a Pisces woman would choose to distance herself:

• You’re too needy and clingy.

• You cheated on her.

• You have a pessimistic outlook on life.

• You don’t reciprocate or compromise.

According to Psychology Today, one of the reasons why people become emotionally distant is because they feel like they aren’t good enough.

The same applies to your Pisces woman.

If a Pisces woman notices that your connection is no longer meaningful and has losts its initial charm, she’ll start questioning everything. So, if she concludes that there’s no point in fighting for your relationship, she’ll decide to move on.

What To Do If A Pisces Woman Is Ignoring You? 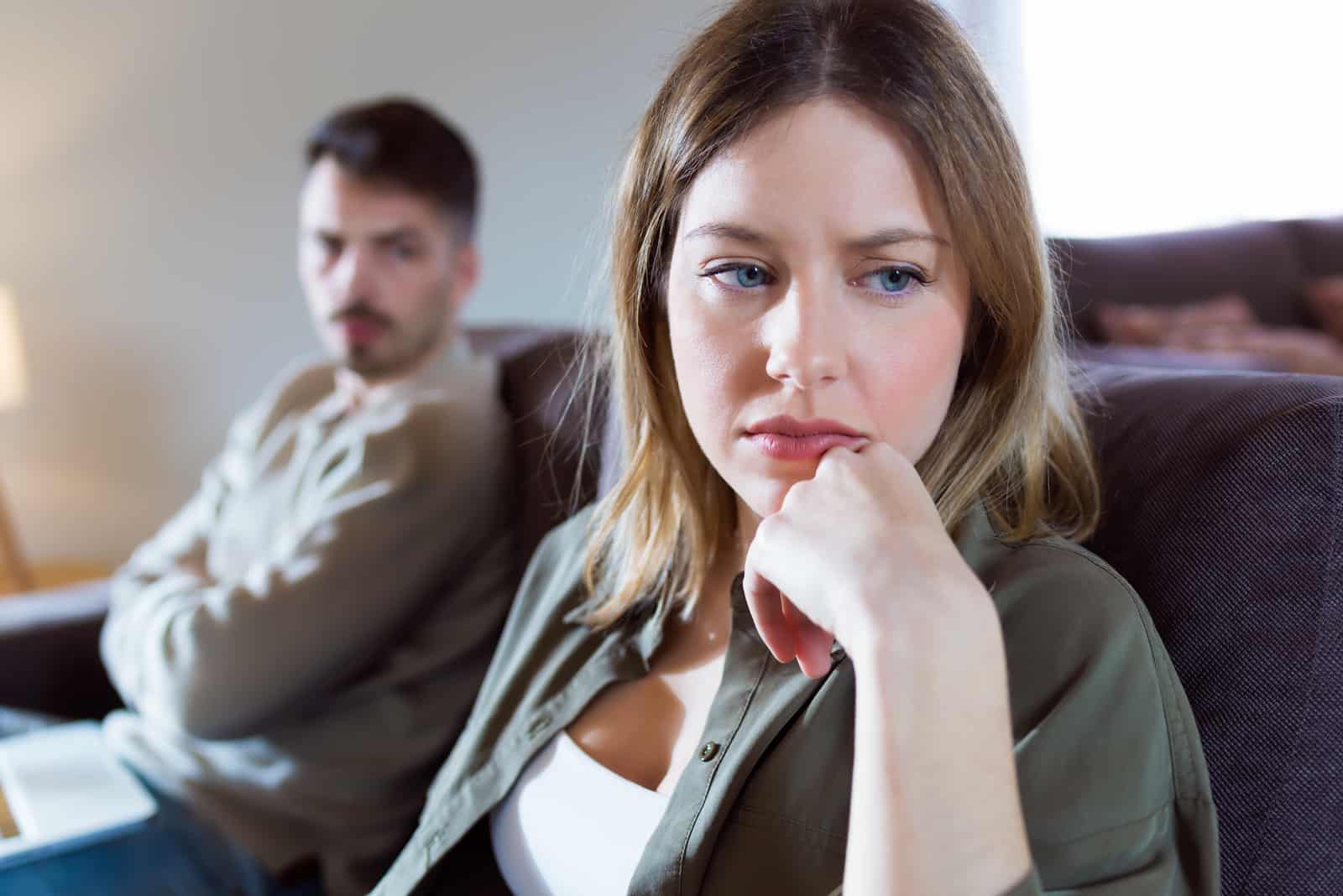 If a Pisces woman is ignoring you, the best thing you can do is to show compassion and be willing to listen to her. So, instead of blaming her for distancing herself, tell her that you’re interested in having an honest conversation with her.

Sometimes, all a Pisces woman needs to hear is “I understand how you feel about it”. When a Pisces woman is ignoring you, she’s probably convinced that you’re not interested in hearing her side of the story.

If you can prove the opposite to her, you’ll make her open up to you. She needs to see that you’re genuinely interested in hearing her out.

Such an emotional approach is recommended when it comes to attracting a Pisces woman because that’s the language they understand.

When a Pisces woman is done with you, chances are that she’s done for good. Given that she’s not prone to making impulsive decisions, she thought a lot about going distant.

However, not all hope is lost. If you show your understanding and emotional side, you might get her to open up to you. As always, honest conversations are the main remedy for almost everything.

If you can prove to her that you’re worthy of being given a second chance, you might win her back. If you don’t, then she’ll continue “being done with you”.