They say that the eyes are the windows to the soul; they can tell a lot about someone if you know how to interpret the hints they send you.
A Pisces woman’s eyes are no exception; if you look closely into her eyes, you will discover her secrets, including even those she hides from herself.

So, what will deep eye contact with a Pisces woman tell you about her? If you read this post to the end, you’ll get all the answers.

What Kind Of Eyes Do Pisces Have?

All Pisces have beautiful eyes that will tell you a lot about them.

Even though they won’t open up to someone new easily, their eyes will tell you their life story. Pisces’ eyes will give you insight into their soul, mind, and heart if you’re wise enough.

Their eyes are dreamy and mysterious. However, even though it usually appears as if Pisces is not present, they manage to be very attentive.

Pisces is constantly evaluating and assessing everyone around them.

Another thing you will always find in her eyes is compassion. When you talk to her, you feel like this woman understands you and has the desire to help you.

People born under this zodiac sign usually have hazel or light blue eyes. Their eyes are typically huge, and their look is frequently wandering.

They have thick and long eyelashes, which typically serve as a cover from the outside world.

If you look into their eyes long enough, you’ll probably drown in them. They are like a gate to a whole new dimension.

Occasionally, a Pisces woman’s eyes are also quite sad. Even when she is not feeling that way, you see some melancholy in them, and it seems like she could cry at any moment.

What Does It Mean When A Pisces Woman Stares At You?

They have great intuition and the ability to sense your vibe.

But if a Pisces stares into your eyes, it’s a good sign. You’ve awakened their interest because they’re mostly utterly unbothered by everything around them!

9 Things A Pisces Woman’s Eyes Tell You About Her

If you’re trying to attract a Pisces woman, the first thing you have to pay attention to is her eyes. Here’s what you’ll learn about her when you look into a Pisces woman’s eyes: 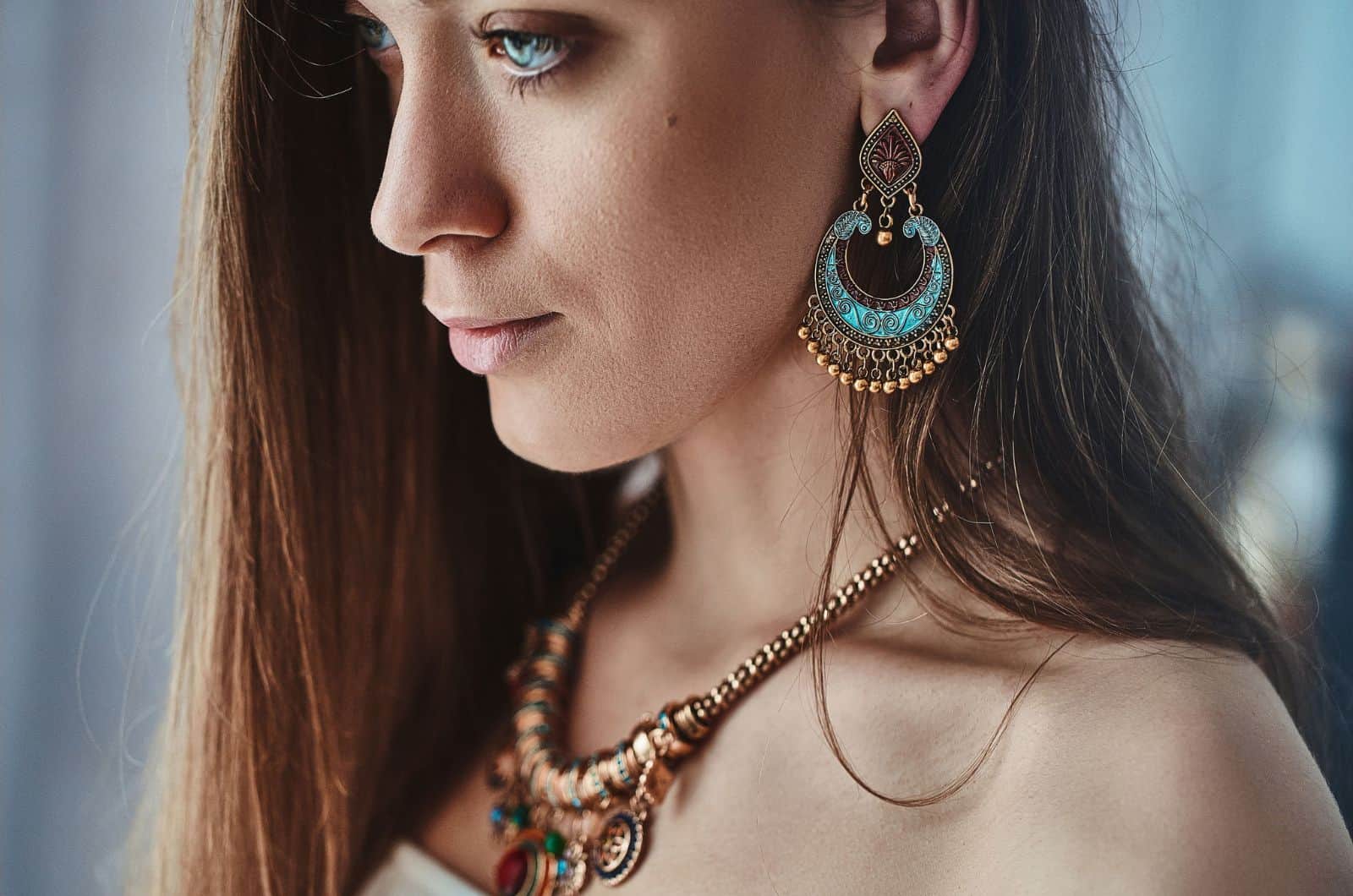 When you look at a Pisces woman’s eyes, the first thing they’ll tell you is all about her gypsy soul. She is a wild creature that you can’t tame, so you better not try putting her in a cage because that will only chase her away. They don’t like getting stuck in one place for long, and they run away the moment they start feeling suffocated.

Emotions guide the actions and reactions of Piscean women. Of course, this doesn’t mean that they’re any less intelligent. It’s just that they’re more in touch with their feelings than a typical woman.

A woman with a gypsy soul doesn’t care about social conventions. Her goal was never to fit in but to live her life by her own rules.

People belonging to this star sign enjoy every day as if it were their last. They don’t merely survive – they live their lives to the fullest.

A woman like her is adventurous, and she’s constantly exploring the world around her. After all, you can see her curiosity and attentiveness when you look at her.

2. A woman of mystery

What can you tell when you make eye contact with this star sign? Will they open up to you right away, or do you see that they’re pretty guarded and careful about the people they let in?

If you’re attentive enough, you’ll see that this woman sends off a vibe of mystery. No, she is not doing it on purpose to intrigue you even more.

After all, Neptune, the god of the sea, rules her. And even science has never managed to explore the sea entirely, so you can only imagine how mysterious she is.

You have to understand one thing: this horoscope sign is different from everyone else. Pisces women are special and unique, making them difficult to understand. But that is also what makes them true femme fatales.

Yes, she is enigmatic around shallow people. But if you’re ready to dig beneath the surface and put effort into discovering the other layers that make up her personality, suddenly, she’ll be less mysterious. Try to get to know her, and you’ll understand her in no time. 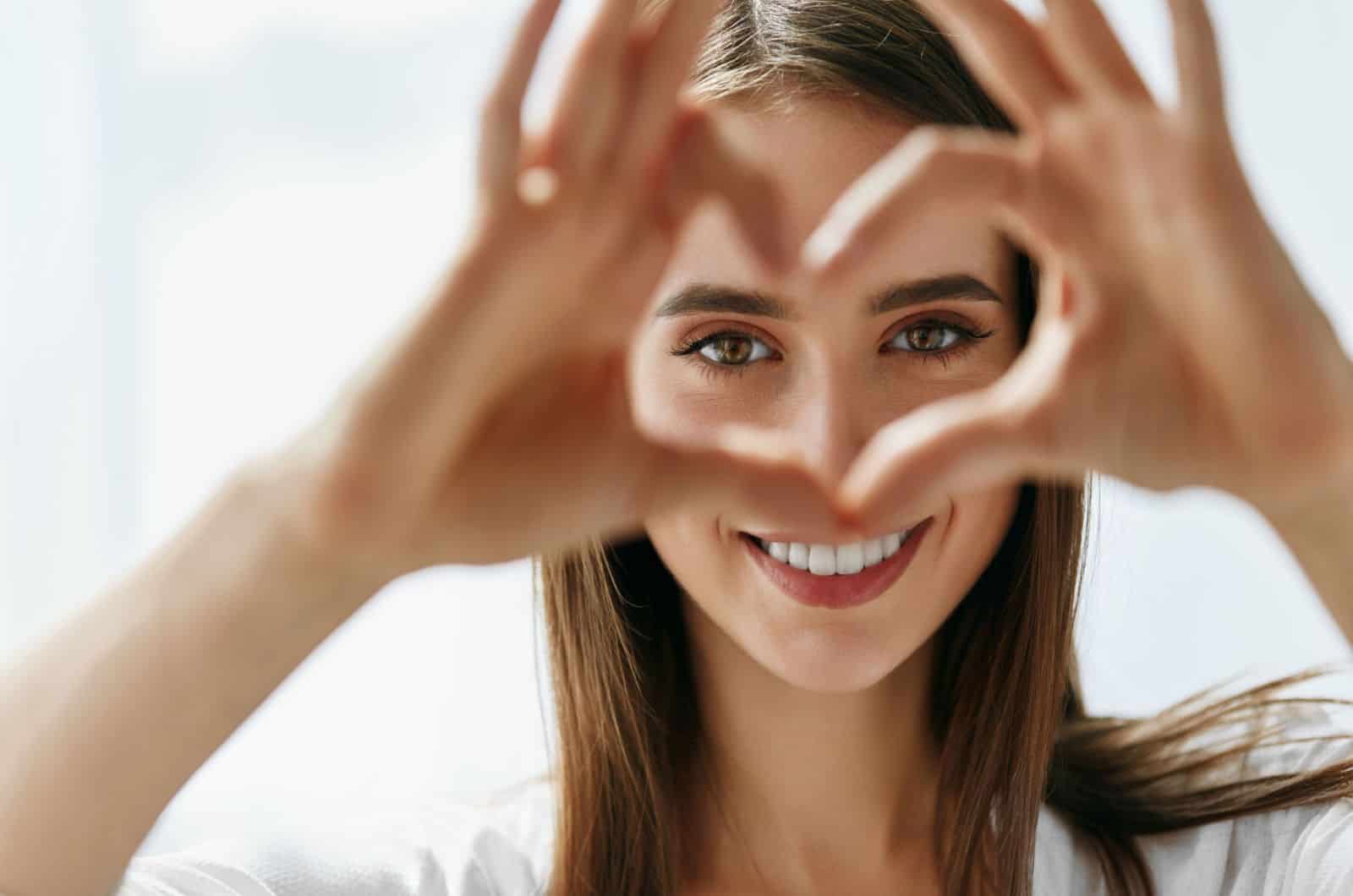 If you watch this sign of the zodiac long enough, you’ll notice that every so often, they wander away. Pisces can be sitting next to you and doing their best to participate in the conversation, but if you look at them closely, you’ll see that they’re emotionally distant.

Don’t worry – this doesn’t mean that they don’t care about what you have to say. It’s just that they don’t know how to focus on the real world as much as others expect them to.

Those who belong to this sun sign are dreamers. They prefer their world of imagination over harsh reality.

Even though this approach to life often helps them through their troubles, it can also bring them unpleasantness. Due to their dreamy natures, Pisces tend to go after unrealistic goals. Also, they frequently get lost in daydreaming, which leaves them no time to get basic things done!

There is one thing this woman’s beautiful eyes hide from the rest of the world: her vulnerability. No, this doesn’t mean that Pisces men and women are weak.

However, you can break their hearts easily. They become insulted in the blink of an eye, and hurting their feelings is a piece of cake.

Naturally, they keep this as their deepest secret. Even though a Pisces woman is a daydreamer, she is still more than aware of her world.

She knows that showing this vulnerable side to the wrong people would be the mistake of her life. They would take advantage of her soft heart and use her vulnerabilities to break her. And that’s the last thing she’ll allow.

Of course, she doesn’t hide this side of herself from everyone. Her loved ones receive the privilege of meeting her true self, and if you show her that you’re trustworthy, she’ll let you explore the depths of her being, including this Pisces trait.

Another thing a Pisces woman’s eyes will tell you about her is that this woman is a creative genius. Just because she decided not to pursue a career in the arts doesn’t mean she has no talent.

On the contrary, she was born to be a painter, an actor, a singer, or something similar. She doesn’t rely on logic; she relies on her emotions, making this water sign such a great artist.

Besides this, let’s keep in mind that they spend most of their time in the world of imagination. The things that their brain creates in this alternative reality are usually beyond other people’s comprehension.

However, that’s precisely what makes them so talented. Their imagination gives them incredible inspiration and creativity that not many other people have. 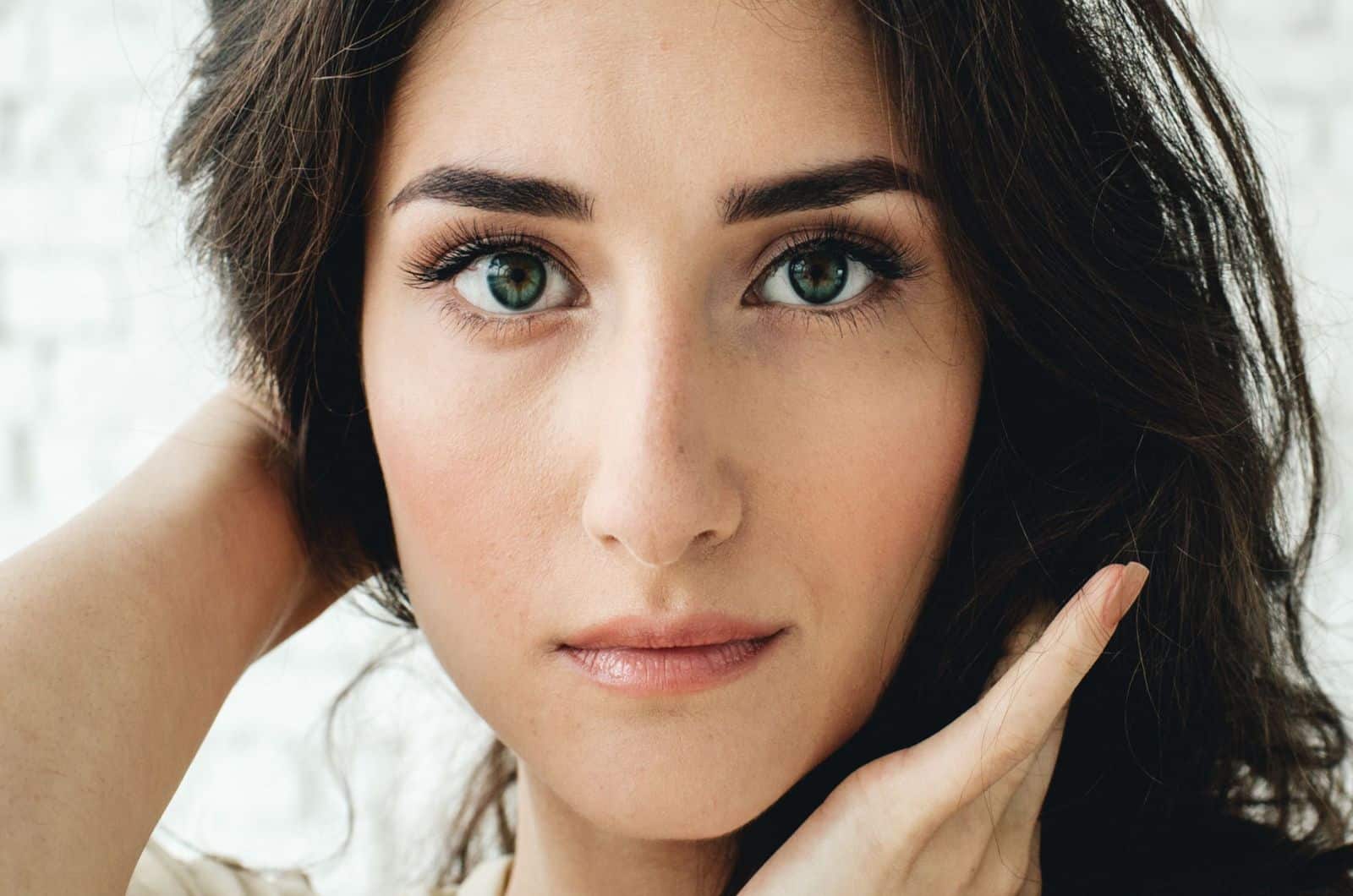 The Pisces woman is one of the most intuitive females in the entire zodiac. I’ve already told you that they prefer following their emotions over common sense.

However, that doesn’t make them irresponsible. On the contrary – sometimes, it appears as if Pisces women have a sixth sense that always shows them the way.

Even when logic is working against them, they will succeed against all odds – just by following their gut feeling. These women are in touch with their spiritual side and don’t have trouble reaching their spiritual awakening.

This drive is because they live in a world of dreams as well. They understand the Universe and pick up the signals their spirit guides and guardian angels send them.

They’re empaths and have a fantastic ability to read other people’s minds.

When a Pisces woman looks at you, you feel like she is scanning you, and that’s what she’s doing. And let me tell you one thing: it’s enough for her to glance at you to figure you out and see what kind of person you are.

She simply feels your energy. Your vibe affects her and gives her hints.

Nevertheless, just because they’re highly emotional doesn’t mean they’re not intelligent. On the contrary, Piscean women are sharp-minded and smart – they don’t like to show their intelligence.

They possess social and emotional intelligence, but that’s not all. These women can become whoever they want: scientists, doctors, and professors. It’s just that, in most cases, they’re not interested in proving a point to society.

In most cases, they don’t care about the conventional formal stuff, i.e., education. They neither follow mainstream media nor do they blindly agree that what the establishment tells them is true.

Instead, they educate themselves; they make their own conclusions and build their own opinions, which is something only brilliant people can do.

A Pisces woman’s eyes hide some of her negative personality traits as well. You might assume that she is perfect, but trust me, she’s far from it. After all, this woman is only human with her own set of flaws.

If you observe her long enough, you’ll notice her mood changes in seconds, and you can see that mostly in her eyes.

One minute, there is a fire in them, and the very next, an unexplainable sadness overwhelms her. You‘re not imagining things – she does have frequent mood swings.

Never knowing where you stand with this woman or what to expect her to do next is the charm of her personality. This characteristic is also one of the many features that make her so attractive and appealing. 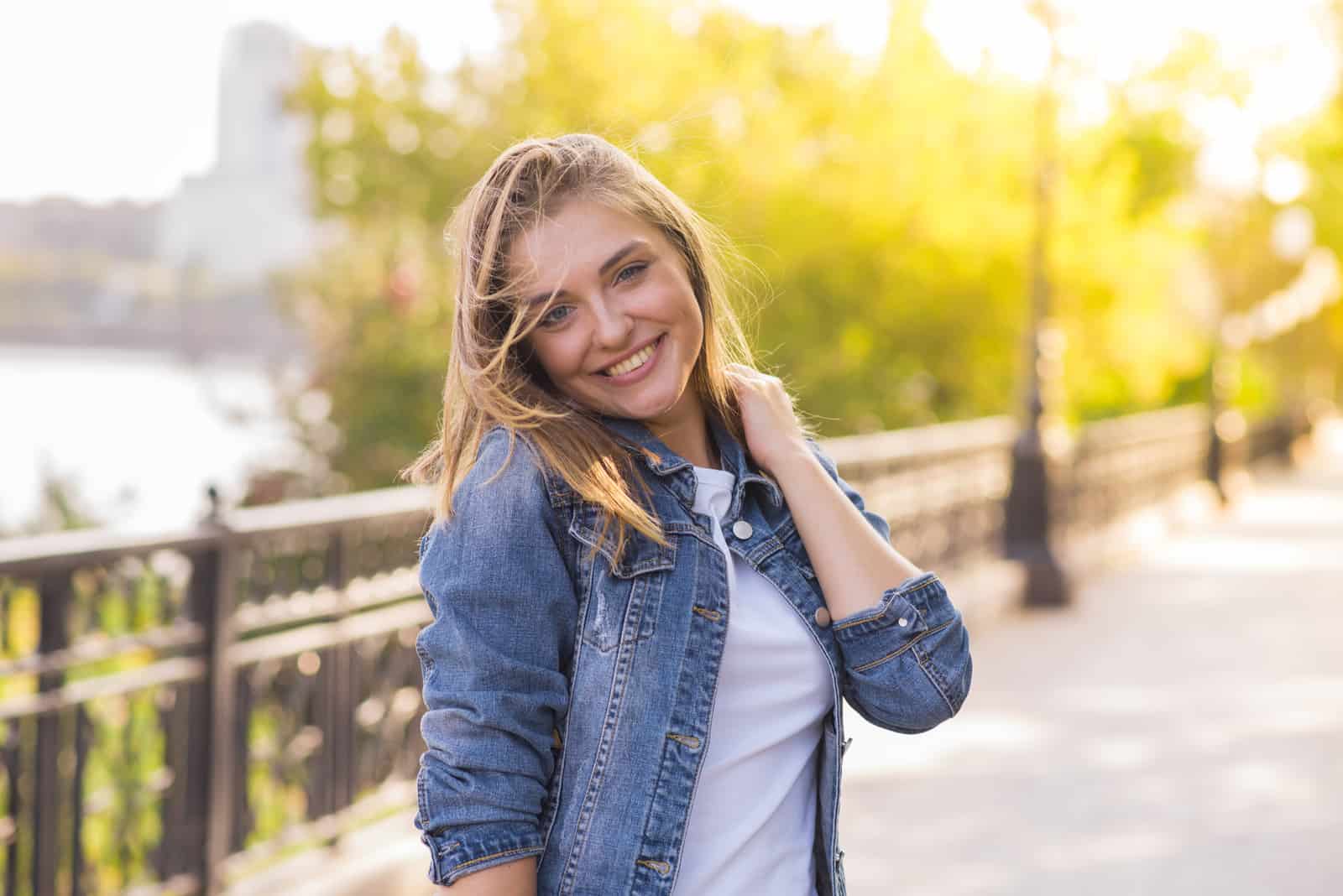 You would never say that a gentle creature like her can simultaneously be so fierce and stubborn. But that’s exactly what she is like.

When you look into the eyes of a Pisces woman, you’ll see determination. When she puts her mind to something, you can’t change her opinion – no matter how hard you try.

This woman is anything but a quitter. And the worst part is that she doesn’t know the meaning of the word “compromise.”

You will either do things her way or no way at all. There is no negotiating here – you can either take it or leave it – the choice is all yours!

Is a Pisces Woman compatible with your zodiac sign? Let’s check it out:

One thing is for sure: this zodiac sign is one of a kind, and it can’t be compared with any other horoscope sign. The best thing about Pisces women is that they possess different layers to their personalities that you will need to discover one step at a time.

That’s precisely what a Pisces woman’s eyes are telling you: that she is a woman worthy of your effort. Trust me; once you connect with her on a deeper level, you’ll see that she has a lot to offer and that trying so hard to get to know her paid off. 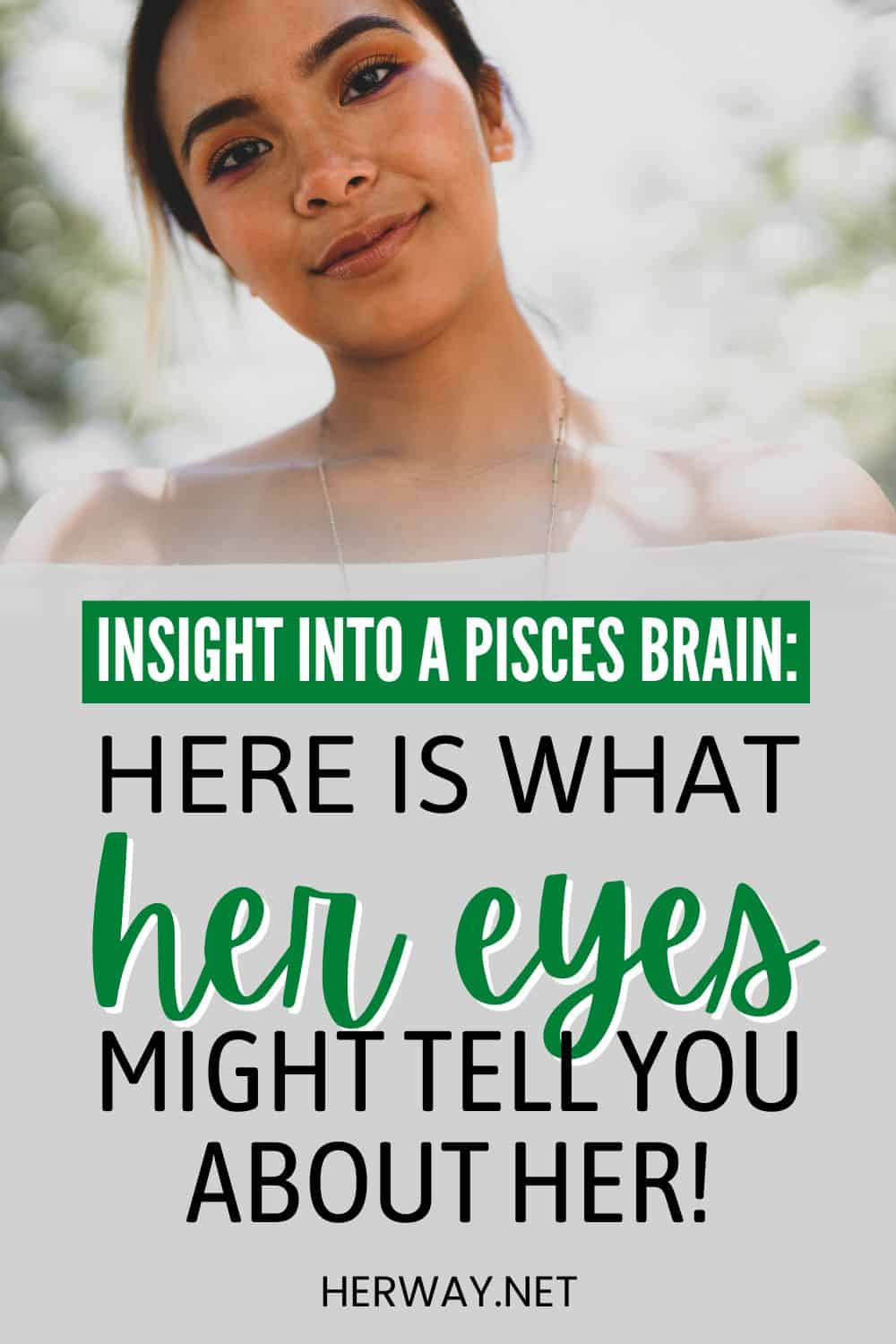