It’s eating you up. You know they’re hiding something from you, but you don’t have any proof nor enough courage to ask them about it yet. And that’s okay.

Communication may be key, but it’s not always that easy to be direct, especially when you have doubts about what you feel. That’s why I am here to help you out.

If you’re wondering how to tell if someone is having secret conversations on Messenger, read on, and I will be more than happy to show you all the signs you need to look out for.

Contents show
1 How To Tell If Someone Is Having Secret Conversations On Messenger: 11 Signs
1.1 1. There’s no need for them to use Facebook messages.
1.2 2. They’re nervous whenever you ask questions.
1.3 3. Messenger has become the most important thing.
1.4 4. Their phone isn’t to be touched.
1.5 5. A spy app can also come in handy…
1.6 6. They weren’t that interested in Facebook before.
1.7 7. They don’t have just one Facebook account.
1.8 8. You’re no longer a priority.
1.9 9. Messages keep popping up on their screen.
1.10 10. You notice changes in their behavior.
1.11 11. They updated their privacy settings on Facebook.
2 How To Have A Secret Conversation On Messenger
3 Final Thoughts

How To Tell If Someone Is Having Secret Conversations On Messenger: 11 Signs 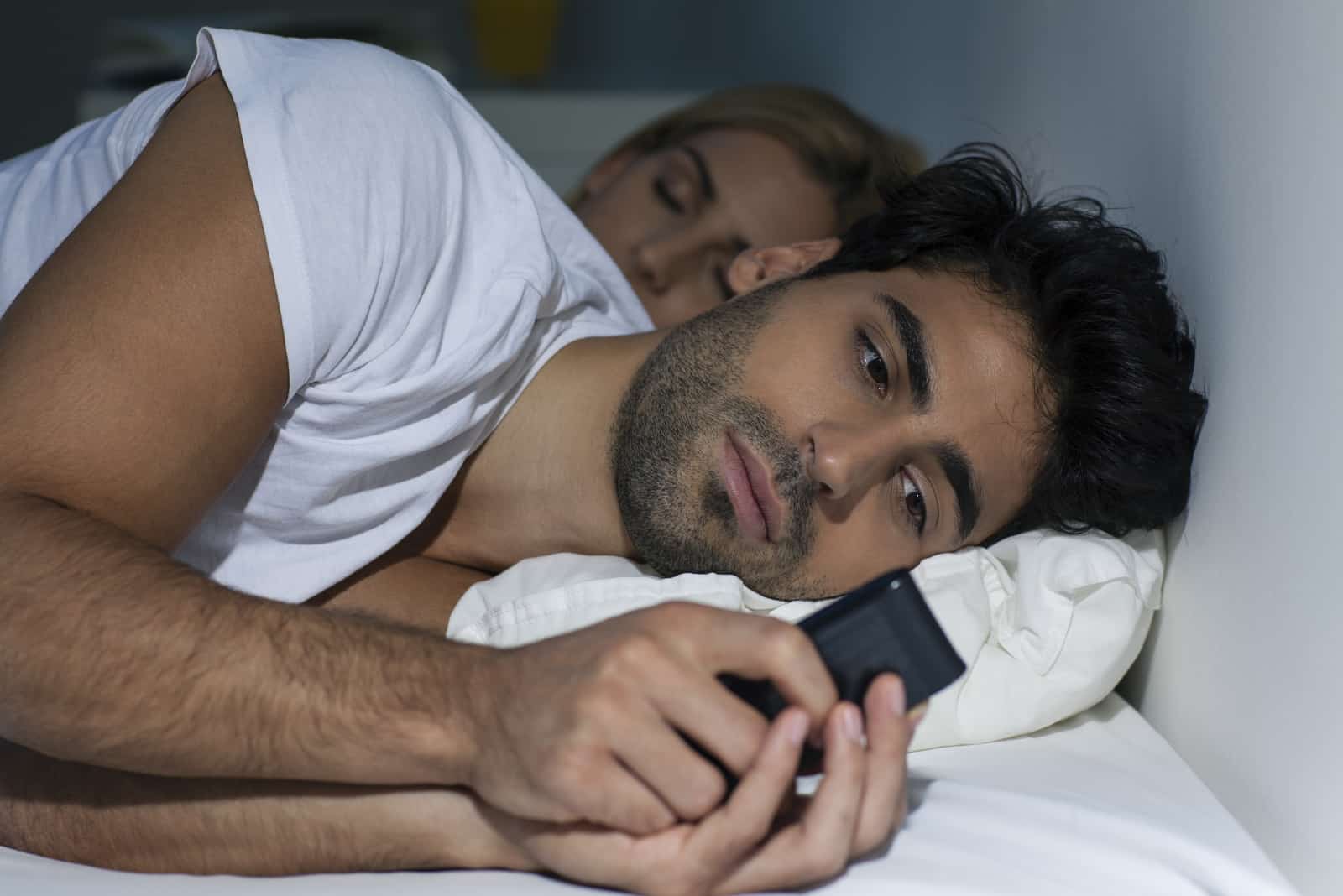 If you’re curious whether your person is having Messenger secret conversations without your knowledge, the signs below might help you out:

1. There’s no need for them to use Facebook messages.

Do all of their friends live nearby? Or, do they usually use Snapchat and WhatsApp for communication?

If they’re not that close to anyone from their Facebook friend list, yet you see them having secret chats all the time, that may be a warning sign.

So, how do you know if they’re having secret chats?

Well, if there’s nothing to hide, they will openly tell you who they’re talking to. But, if they stay silent, there’s a reason behind it.

I would advise being cautious. Take it step by step and keep looking for more signs, or… just ask them about it.

Just don’t jump to conclusions without ACTUAL evidence and don’t burst into anger because that’s not how you solve problems, and no relationship can function that way.

2. They’re nervous whenever you ask questions.

Let’s be real here – if secret messages didn’t exist, they wouldn’t be bothered by your curiosity.

Their clean consciousness would allow them to remain calm, or even indifferent, because they know they did nothing wrong.

But, if they get all worked up and defensive about it, that’s a major red flag. Only those who are guilty would react that way because it’s hard for them to take responsibility for their actions.

Lying seems much easier than facing reality and admitting that you could’ve dealt with things more maturely.

3. Messenger has become the most important thing.

Do they check their phone as soon as they wake up?

Do you catch them texting someone before they go to sleep?

Do they take their phone with them WHEREVER they go?

If the answer is yes to all these questions, that’s how to tell if someone is having secret conversations on Messenger.

It literally becomes an obsession. Nothing else is as important as their phone. Of course, that couldn’t have happened magically. There’s obviously something that they find interesting enough for their whole world to revolve around it.

4. Their phone isn’t to be touched.

Is their phone always near them, so you can’t reach out for it?

If you do reach out or ask to take it, do they freak out?

Of course, nobody likes people snooping over their phone, but you won’t act all crazy about it unless there’s something you don’t want the other person to know.

Basically, if you’re wondering how to tell if someone is having secret conversations on Messenger, just see how protective they are when it comes to their phone.

Even if it’s a life-or-death situation (maybe I’m exaggerating a bit), they will hesitate to hand it over to you. And, if they do, they will first make sure that there’s no proof of what they were so desperately trying to hide.

This may not be an option I gladly recommend, but if you’re wondering how to tell if someone is having secret conversations on Messenger, you can also take the matter into your own hands.

For instance, NEXSPY is a spy app available for iPhone and Android devices. You’re able to track someone’s phone and all their activities: calls, messages, you name it.

If that sounds like too much effort, you can also use apps such as KidsGuard Pro to see all the deleted secret conversations.

Still, maybe their ‘secret messages’ are just in the spam section. In that case, go to Message Requests to restore and view the conversation. 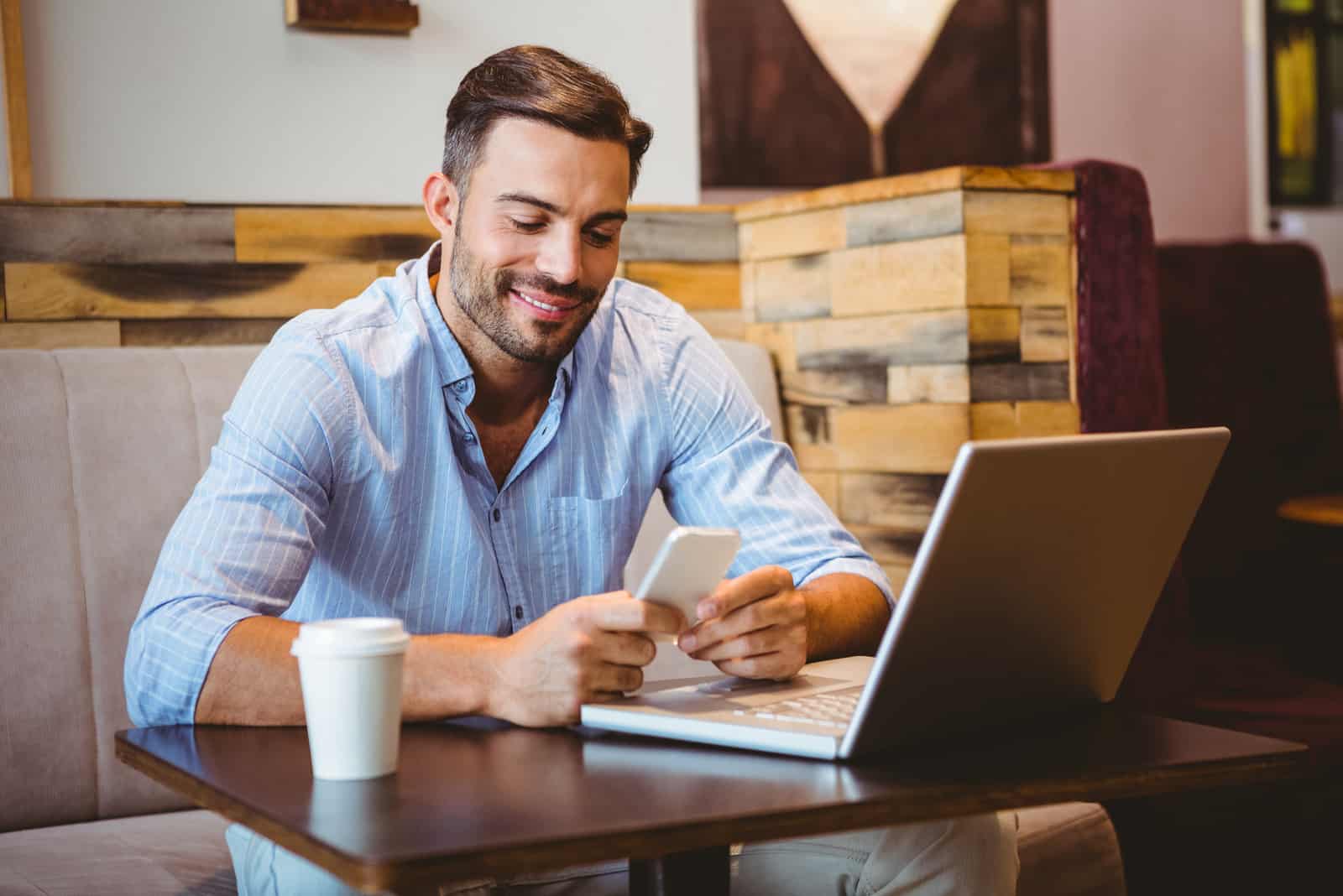 If you’re looking for ways how to tell if someone is having secret conversations on Messenger, just ask yourself these questions:

If the difference is big, that definitely means something, especially if they’re not open about it.

All of a sudden, something worthy of their time has appeared on Facebook Messenger, and only a while ago, it was just a social media app they had.

So, yes, if you see them typing all the time yet saying nothing about the nature of their conversations, you might want to question it further.

Of course, this isn’t suspicious at all if you actually know that the other account exists. However, if you notice that they’re hiding it from you, that can’t be good.

Sometimes, people do want a whole new identity, so they create a new account that isn’t at all associated with their real life.

This isn’t necessarily bad if what they’re doing is merely scrolling and liking funny pictures.

But, for example, if this person is committed to you, yet they add other people in order to initiate conversation, they are a cheater!

Either way, it’s on you to find out the actual reason they have two Facebook accounts.

8. You’re no longer a priority.

Only a while ago, most of their time was devoted to you. They would talk about their day and listen to you talk about yours. Things are different now.

They have become detached not just from you but their whole life. The Facebook Messenger app has climbed to the top of their priority list.

You can’t help but wonder: Do they not talk to me anymore because there’s someone new in their life?

To be honest, it’s very likely. Still, make sure to take the other signs into consideration, too, and make your decisions accordingly.

9. Messages keep popping up on their screen.

Be it night or day, new messages keep popping up on their phone. And the worst part is even if you manage to take a peek at their mobile phone, all it says is, ”You’ve got a new message!”

Well, that’s how to tell if someone is having secret conversations on Messenger. You’ll never know who the text message is from; you’ll only know that they got one.

The wisest thing to do would be to tell them how you feel. Ask them openly if they are hiding anything.

I know they will likely brush it off as something unimportant and call you paranoid, but know this:

If they’re not willing to show you at least the name of the person they’re texting to ease your anxiety, then you really do have something to be anxious about.

10. You notice changes in their behavior.

If someone is doing something secretive, they will act differently. They will be cautious about what they’re doing, and there will be an air of mystery that you can’t quite clear out.

But, not just that – if they’re ready to invest that much into talking to someone, that person probably makes them happy.

And that same happiness will be the source of misery because they know that their Facebook secret conversations are disrespectful towards you.

So, how can you tell if these conversations are taking place? Well, try answering these questions:

• Do you catch a mysterious smile on their face every now and then?

• Do they look annoyed when they have unread messages but can’t open them because you keep talking to them?

• Are they often unable to look you in the eyes when you’re talking?

If so, that may be a clear sign of guilt.

Of course, some people decide to hide their Facebook friend list for no particular reason, but it’s definitely a possibility that there’s someone ‘forbidden’ on it.

They know that if you decide to take a look at it, you will find out exactly what they’ve been trying to hide.

If you want to test this, my advice is the same as ever: Ask them if you can see their Facebook friend list. If they refuse, there’s your answer.

How To Have A Secret Conversation On Messenger

First, you need to click on your Facebook profile picture in the upper-left-hand corner. When you scroll down, just tap the Secret Conversation feature to activate it.

Once you start a conversation with someone, the person’s profile picture will have a padlock icon with a lock on it. That means that now, you are able to send each other encrypted messages.

However, to ensure that it’s end-to-end encryption, both Facebook users will get device keys, meaning no one else will be able to see what they talk about.

Still, if you’re too anxious, you can also set a timer for your messages, and once the time runs out, your message will self-destruct. Pretty neat, huh?

If part of you wants to save them, you can take screenshots (and share them if you want!).

And, if you’re REALLY keen on preserving conversations, know that they disappear as soon as you log in from a new device. Sadly, you will no longer be able to view previous secret conversations.

I hope your thoughts are much clearer now and that you don’t have to wonder so much about how to tell if someone is having secret conversations on Messenger.

I know it’s still hard to determine, but soon, all the pieces you’ve gathered will start making sense.

More than anything, you need to be honest with yourself. As hard as the truth is, you deserve it.

So, stop looking for justifications and try to be objective about what you see.

If you’re having a hard time doing that, talk to a trusted friend. It’s okay if you’re not able to figure it out on your own.

But, more than anything, I recommend honest communication. Being direct is scary as hell, but trust me, it is SO worth it! 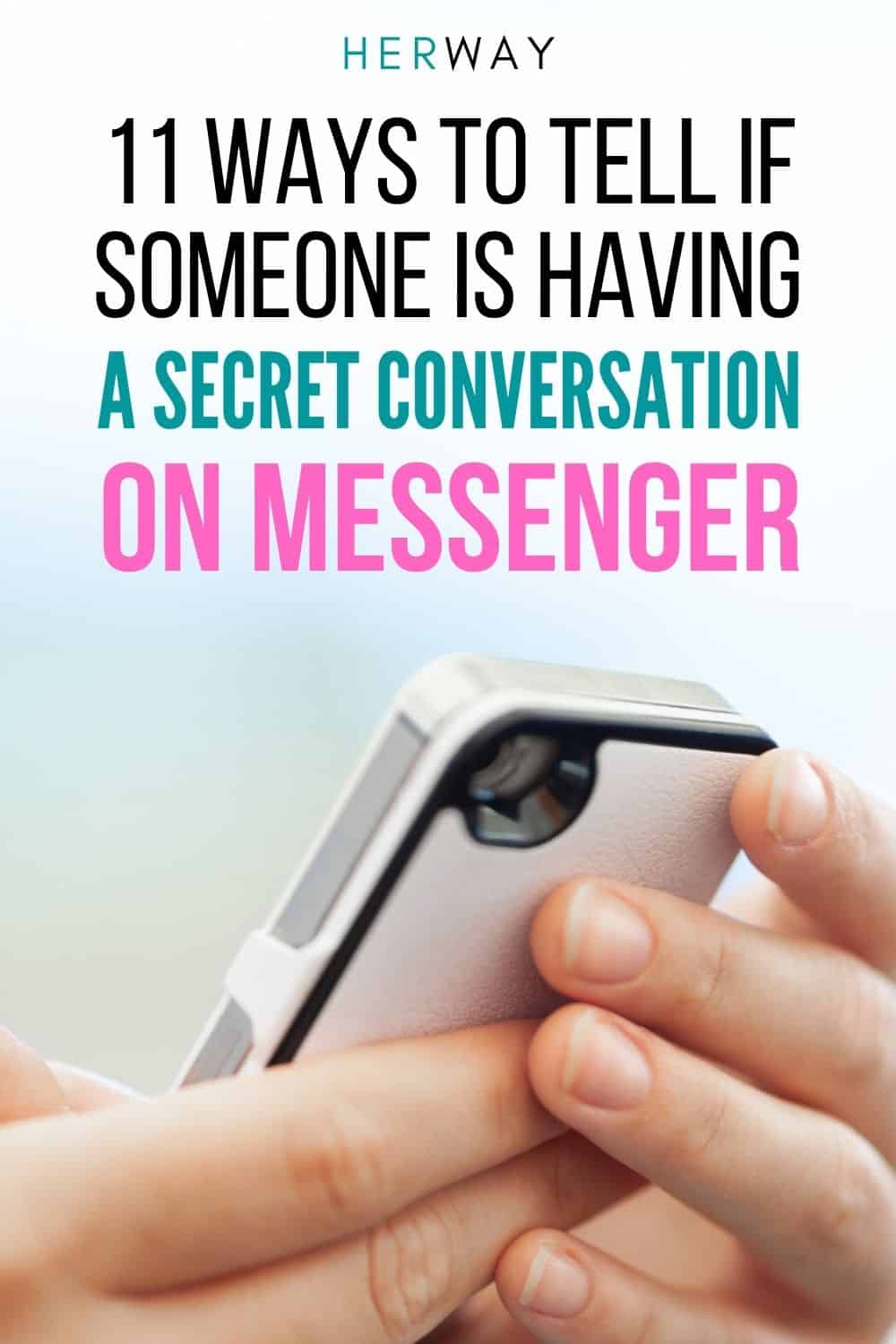 No one deserve to be cheated on you can confront your cheating spouse with evidence,i was able to spy on my cheating husband phone without finding out.....it really helped me during my divorce ....you can contact Leonardomitnickhack[email protected] gmail . com' for spying and hacking social networks, school servers, icloud and much more,viber chats hack, Facebook messages and yahoo messenger,calls log and spy call recording, monitoring SMS text messages remotely,cell phone GPS location tracking, spy on Whatsapp Messages,his services are cheap and affordable .