My boyfriend’s Snapchat score keeps going up, even though he says he does not use Snapchat. How do I know he’s not lying? Should I be worried?

Snapchat is definitely a different breed. It’s my least favorite social media platform to use, but I must admit it comes in handy in some situations. For instance, when you’re dealing with a boyfriend who has been behaving weirdly.

If your boyfriend’s Snapchat score increases suddenly, it can be due to many reasons, some of which are easily explainable once you get to know how the app works. But some are more maleficent and actually indicate your boyfriend’s doing something behind your back.

We’ll go through all the explanations why your boyfriend’s Snapchat score keeps going up and how you can spot that he is up to no good!

My Boyfriend’s Snapchat Score Keeps Going Up: 6 Signs He Is Hiding Something 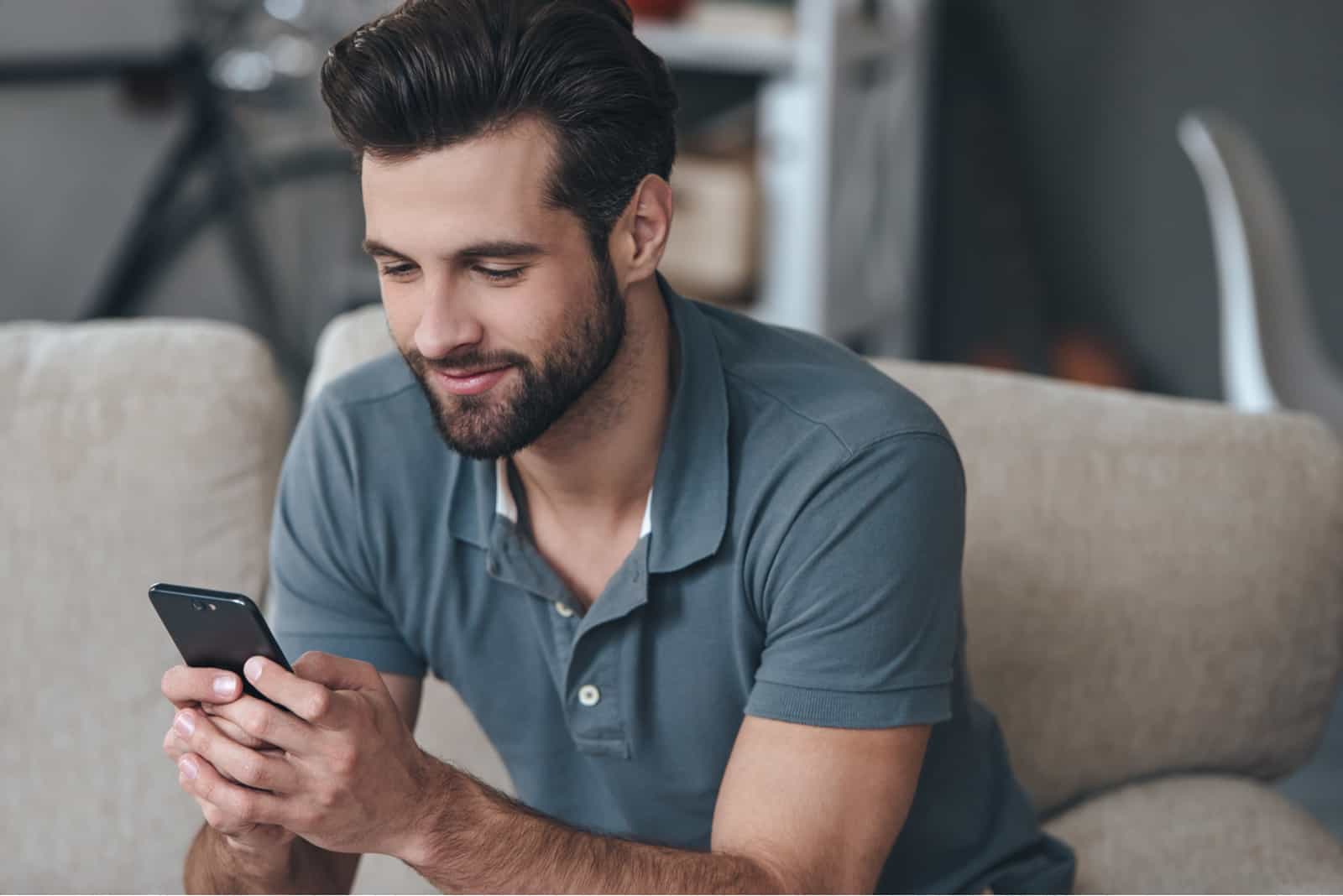 Unlike with other online platforms, like WhatsApp or Instagram, where you can easily erase the whole conversation, leaving no evidence of any sneaky business, the Snapchat app is different.

There’s a thing called a Snapchat score, and it’s basically a record of in-app activity. Every time you receive or send a snap or post a Snapchat story, the app will reward you with a number of points.

The number is visible on your profile, and you cannot hide it, delete it, or change it.

Before you assume that your boyfriend is being sneaky, make sure you have some kind of proof. Observe his behavior and try to spot any suspicious patterns.

Here is how you can tell if “my boyfriend’s Snap score keeps going up” actually means he is cheating (based on my personal experience with my, now ex, fiance):

1. He starts using Snapchat more than before

If he was never a passionate Snapchat user before and suddenly becomes crazy about it, something is definitely going on.

He has had the app for a long time but never bothered to use it. He would occasionally check the snaps his friends sent, and that was it.

But now, he can’t put his phone down, and his snap score is suddenly rapidly increasing. What has become so interesting all of a sudden?

I recommend checking his friends list. Do you notice new names that are unfamiliar to you?

If so, ask him politely and non accusingly. You can mention that you saw a new name and wondered if you know the person.

2. He is using it even more when he’s not with you 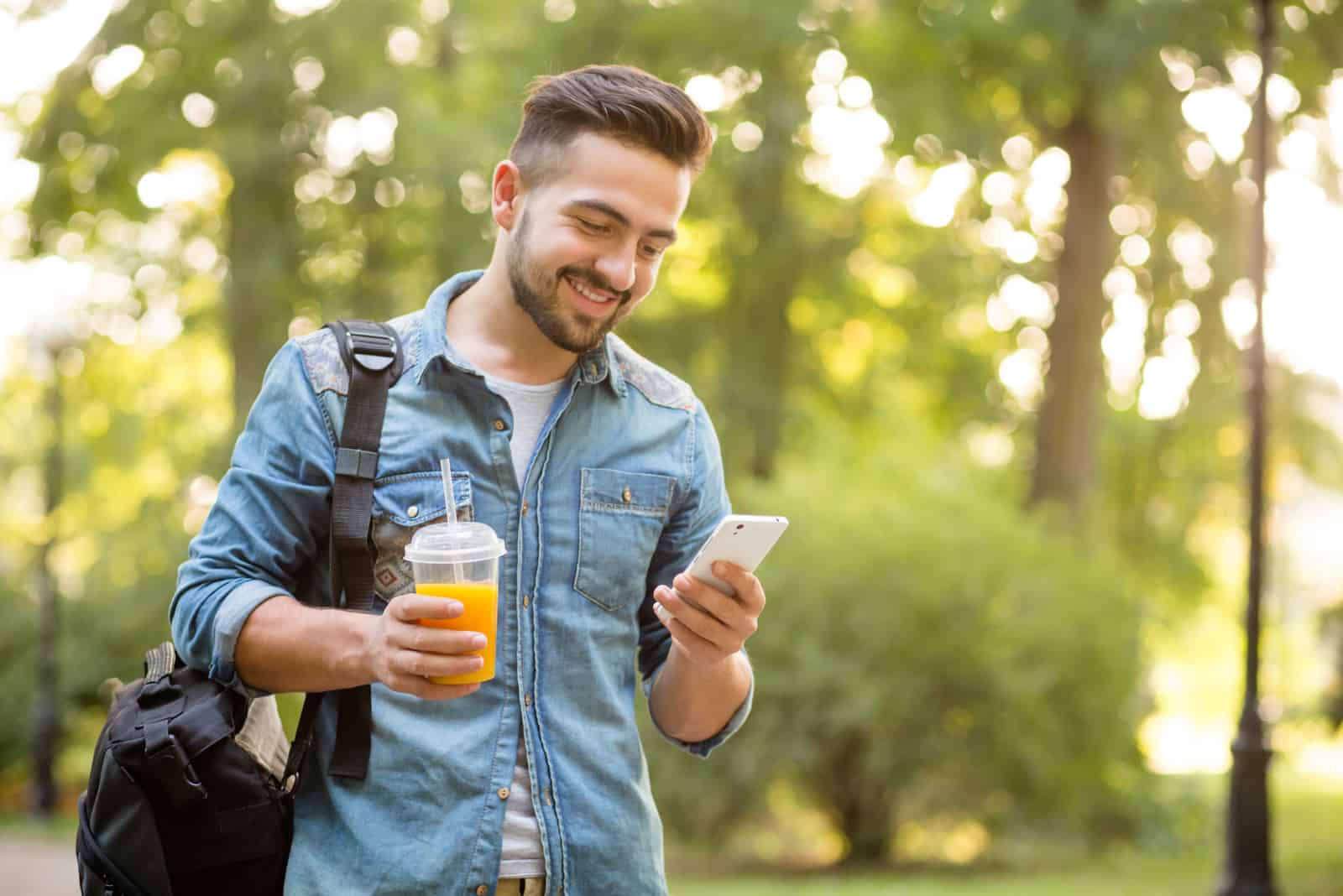 Pay attention to his score and try to determine when it goes up. Does it happen mostly when he is not with you?

If so, then something is going on.

He is apparently using the app even more when you are not with him. Even though this is definitely an indication that something is not alright, don’t rush to confront him.

You can ask if he is enjoying the app and if there is something interesting he wants to share with you. If he is guilty, he’ll probably try to cover it up by saying that it’s not all that amusing and he doesn’t use it often.

If it has always been the case, for example, that you don’t use Snapchat very often, and he mostly uses it to talk to his friends, then okay.

But if you used to be his first contact, which means he talks to you the most, and you suddenly went to number 3, 4, or God forbid beyond 5, then it means somebody else is on the top.

There is another person he talks to more frequently than you. And if his score is going up regularly, it means he doesn’t only send texts – he sends and receives pics and videos too. 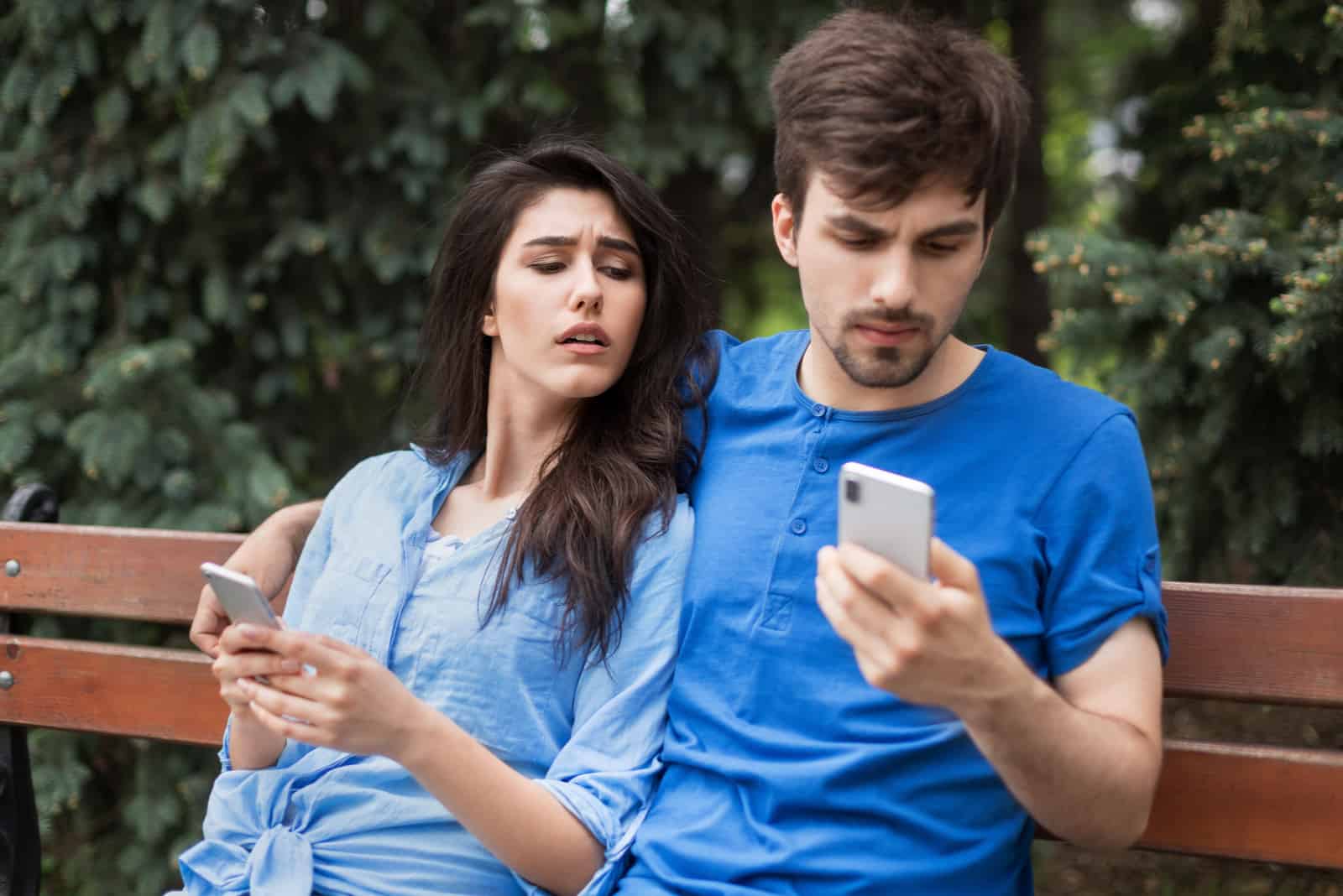 Have you noticed something strange on your boyfriend’s friends list?

Maybe there’s an emoji standing next to a girl’s name? Not your name, another girl’s name.

Emojis are often added to the names of people we talk to most frequently. If you don’t know the girl, and he is obviously talking to her a lot, you have every right to ask him what’s happening.

You should also pay attention to Snapstreaks.

5. There is nothing on his Snapchat

Why is my boyfriend’s Snapchat blank? Does it mean he is not using it?

This one is very important. His blank Snapchat doesn’t mean he is not using it. Look at his score. Is his score getting higher, but there are no visible messages?

Snapchat is a cheater’s favorite platform. Why? It allows you to send secret messages that disappear after you receive them.

Luckily, you cannot delete the score. So if you notice that his score is going up, but there is no proof that he is sending or receiving anything, it means only one thing: he is doing something behind your back.

This is how I actually caught my ex cheating. Sometimes the absence of evidence is the biggest proof.

6. He is being sneaky

If you have noticed something strange in his behavior, both when he is online and offline, then it definitely means something is up.

Maybe he’s started making weird excuses to avoid spending time with you. Suddenly he is busier than he ever was before, but you know that nothing new is happening with his work.

One of the biggest signs that he is hiding something on his phone is if he doesn’t let you have it, aka he’s overly protective of his phone.

He is always on his phone, sending and receiving snaps, and his score keeps going up, but when you come anywhere close to his phone, he grabs it and hides it. His phone apparently contains something that you are not allowed to see.

Why Would Someone’s Snap Score Go Up? 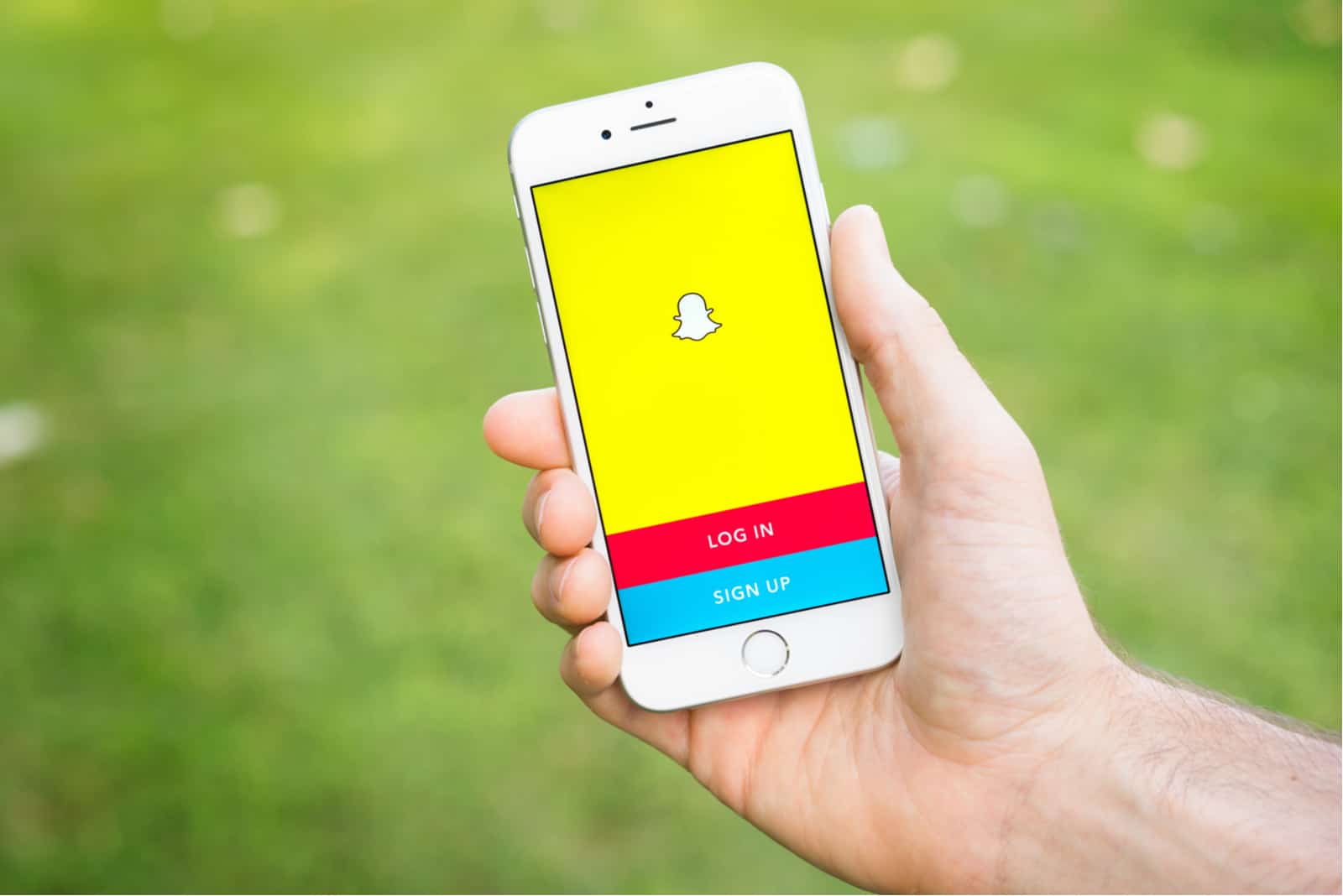 Snapchat scores can go up for various reasons, such as receiving rewards from Snapchat or earning points a couple of days ago. It doesn’t necessarily point to anything strange in your partner’s behavior (especially if the number has not changed drastically).

Here are the explanations for why it may happen, starting from the least harmless:

1. He earned points a couple of days ago

Although you may think that the moment his score went up is the exact moment he was active on Snapchat, it’s not always the case. A sudden increase in Snapchat score doesn’t always mean the user is active at that very moment.

Snapchat has a point system that works in a certain way. Sometimes the app needs some time to update the points. I’m talking about days.

So it is possible that your boyfriend received snaps 5 days ago and hasn’t opened the app since. Snapchat froze his points and gave him a little surprise when he was not expecting it.

So when he tells you that he is not active on the app, but his score still goes up, this could be one perfectly reasonable explanation.

2. Snapchat gave him a “reward” 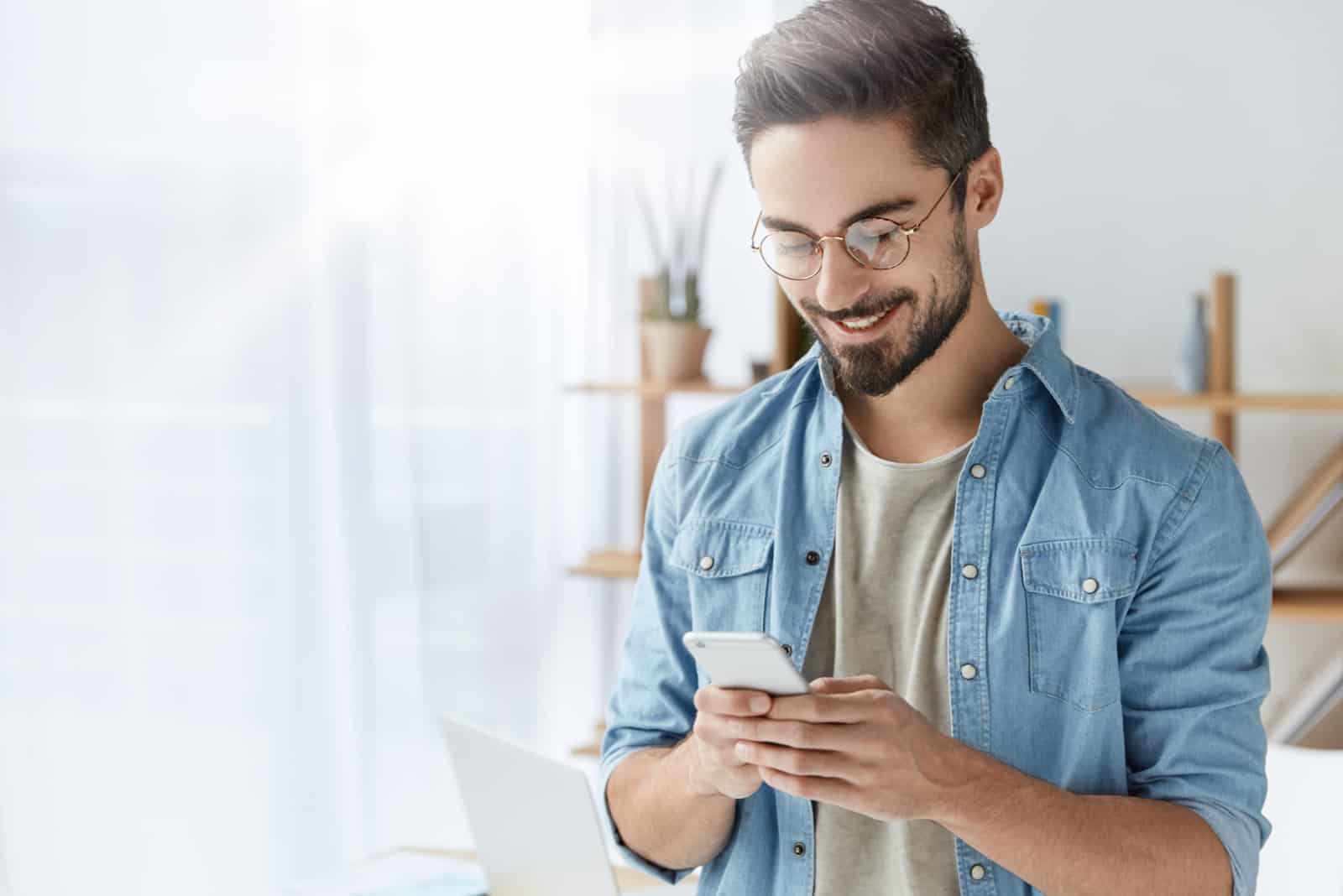 This is also the case with Snapchat: it likes to reward people for coming back.

So let’s say your boyfriend has not opened the app for six days. Today, he had some free time and decided to see what’s new on Snapchat.

He clicked on the app, and BOOM! Snapchat rewarded him with some extra points, 6 to be precise, for coming back.

If it’s your first time using the app, and you’re not familiar with how it works, it can get pretty confusing.

They do it quite often.

So every now and then, they send promotional videos or pics. They want to inform Snapchat users about the new features and keep them engaged.

Your boyfriend might have opened one or more of their promotional snaps, which made his snap score go up.

4. His friends are very active on Snapchat 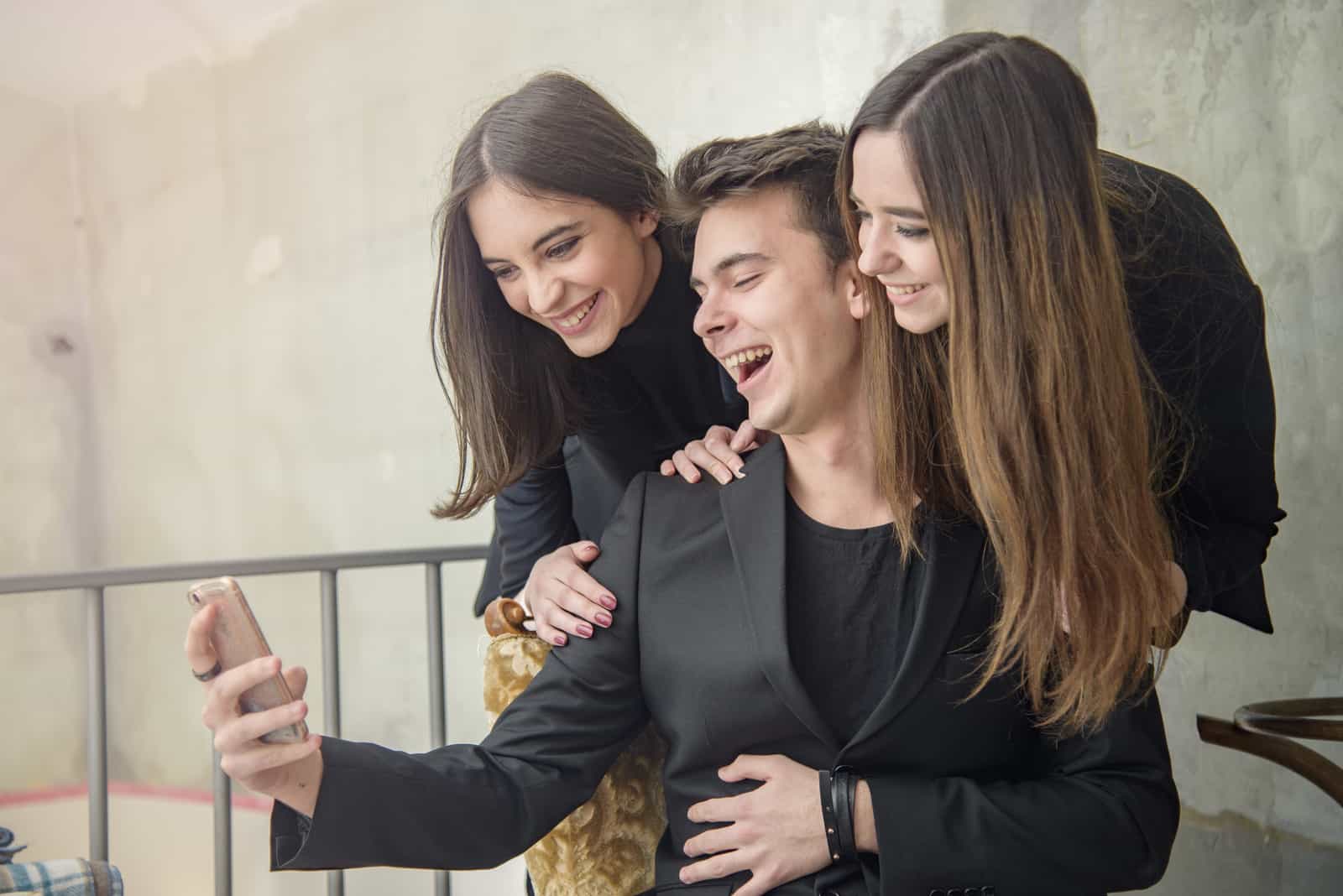 I’m telling you this from my personal experience. I use Snapchat only to watch what other people send. I rarely send anything first, and there is this one friend who sends me an average of 15 snaps a day.

This could be the reason why your boyfriend’s score is going up.

It can be easily checked: go to your boyfriend’s Snapchat account and check his Snapchat numbers. The first number you see is the number of snaps sent, and the second indicates received snaps.

If the second snap is far larger than the first one, it means your boyfriend is what I call a passive user. His friends and other people send him snaps they find interesting.

So you checked his snap score, and the number of sent snaps is not smaller – it’s completely the opposite! He sends way far more snaps than he receives.

Don’t worry (still), there’s an explanation for that too.

My friend’s Snapchat score is crazy large because she mass snaps people regularly. (the one that sends 15 snaps a day).

Snapchat is becoming more and more popular and is one of the fastest-growing social networks, both among iPhone and Android users.

People are becoming crazy about it.

Maybe your boyfriend is just like my friend, crazy about Snapchat and sharing trending snaps and whatever else he finds amusing with other people.

6. He is hiding something from you

So far, we have discussed reasonable and harmless explanations to the mystery “my boyfriend’s Snapchat score keeps going up.” Before you accuse him of being a cheater and start thinking about a breakup, take these points into consideration.

But unfortunately, the reason for your boyfriend’s high Snapchat score could be that he is indeed hiding something from you.

Remember that Snapchat adds points not only for receiving and sending snaps but also for posting stories. It could be that your boyfriend is posting stories you are banned from seeing.

Still, it doesn’t mean he is cheating, but something is definitely not right. 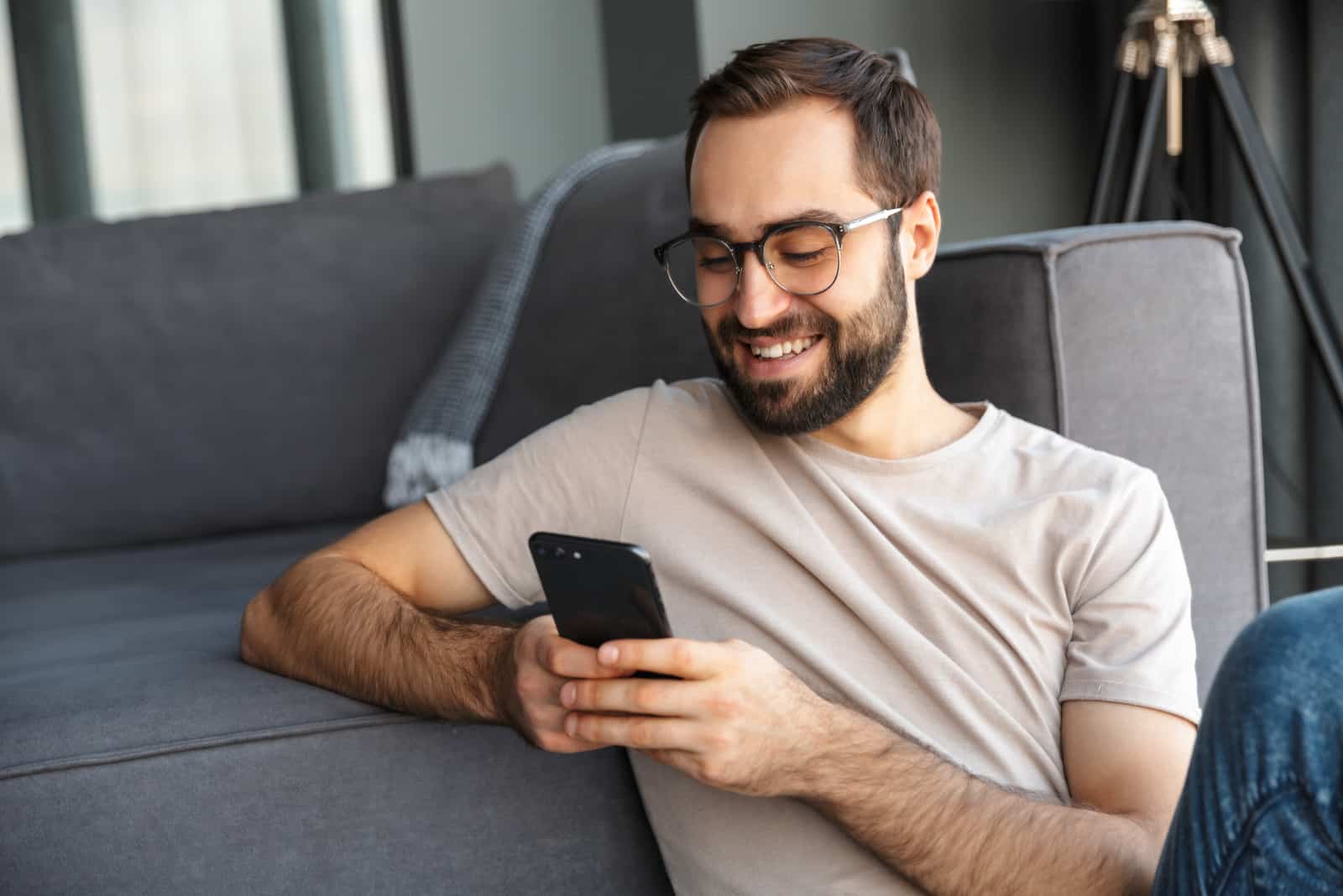 I was once (maybe even more than once) in the same position, googling “my boyfriend’s Snapchat score keeps going up.”

I became kind of an expert on the topic and even installed the app on my phone so I could track my ex-fiance (he is an ex, so it means I tracked him well).

My first (or last) piece of relationship advice would be: don’t jump to conclusions. Try to understand Snapchat’s algorithm and how the app works before making any assumptions. There could be perfectly explainable and harmless reasons your boyfriend’s score went up.

However, if his score, both sent and received snaps, is growing quickly, it means he is actively communicating with someone. Snapchat will not add points for text messages – it has to be a photo or video.

If your boyfriend receives and sends tons of pics daily, it’s time to wonder who he is chatting with. Is he trying to show off to someone?

The first thing you should do is, of course, talk to him. Again, don’t jump to conclusions, and don’t accuse him of anything. If accused, he is less likely to open up to you and tell you the truth. 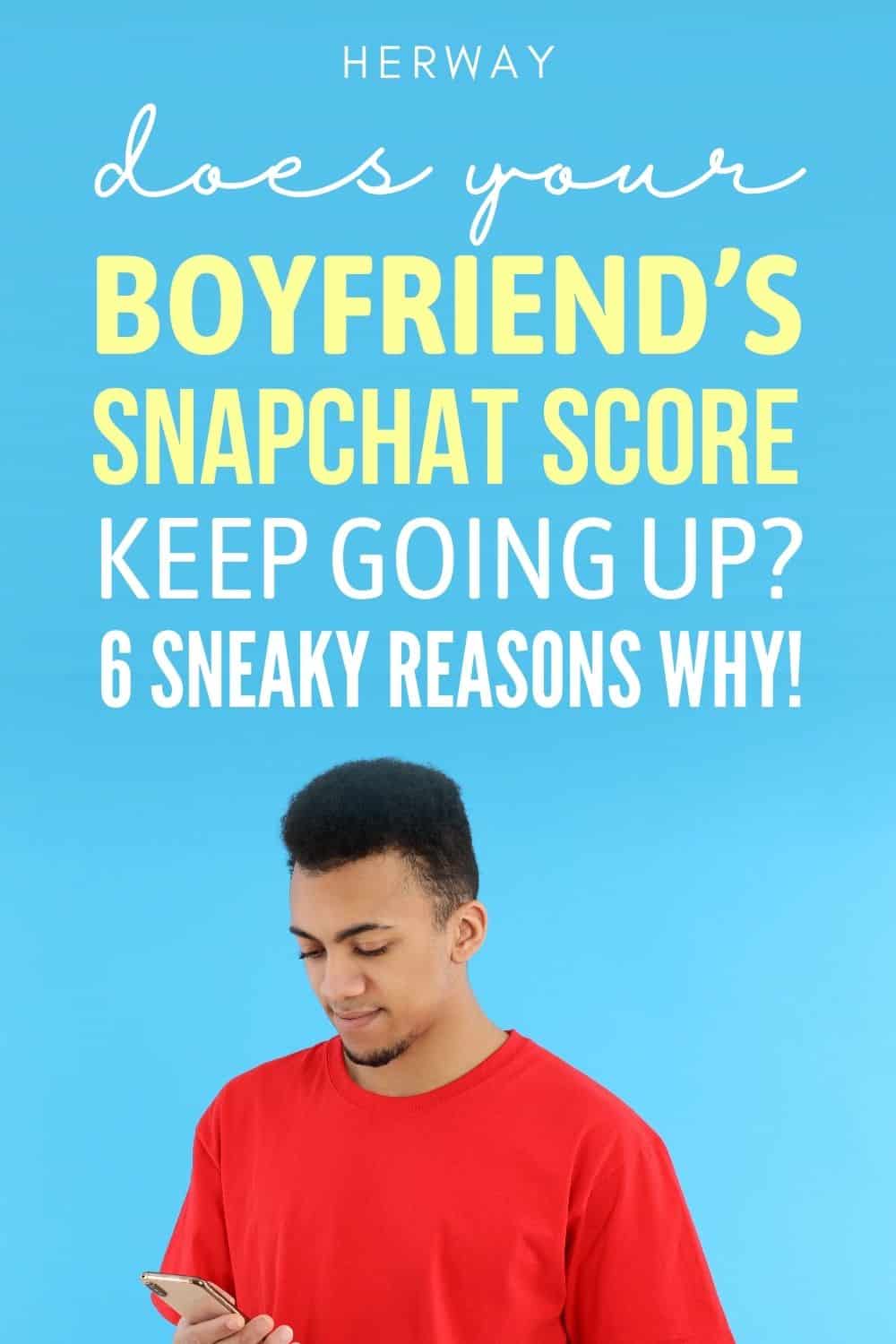 No one deserve to be cheated on you can confront your cheating spouse with evidence,i was able to spy on my cheating husband phone without finding out.....it really helped me during my divorce ....you can contact [email protected] gmail . com' for spying and hacking social networks, school servers, icloud and much more,viber chats hack, Facebook messages and yahoo messenger,calls log and spy call recording, monitoring SMS text messages remotely,cell phone GPS location tracking, spy on Whatsapp Messages,his services are cheap and affordable .