If you’ve had your fair share of unrequited loves, fake friendships, and toxic relationships (like myself), then you TOTALLY understand the essence of the saying “Never force anyone to talk to you.”

I’ve realized that this “forcing issue” goes beyond just talking because it tells us a lot about our self-worth and our choice of relationships that don’t benefit us.

At first, you think that it’ll only be this one time that you go out of your way to force an interaction, and it will never happen again. You even convince yourself that there’s probably something wrong with you, and it’s your holy duty to “make the first move.”

And then it HITS you, just like a boomerang. You realize that by forcing other people to be in your life, you’re just wasting your time. Sacrificing your mental health = sabotaging your happiness.

If this wasn’t reassuring enough, below, you’ll find some legit reasons why you should never force anyone to talk to you. (Your happiness is begging you to memorize them.)

10 Legit Reasons To Never Force Anyone To Talk To You

If you often have this uncontrollable urge to force interactions with your best friends, family members, and others, know that this “forcing pattern” is self-destructive.

It also prevents you from establishing healthy relationships. Here’s why you should stay away from forcing anyone to talk to you (or be in your life): 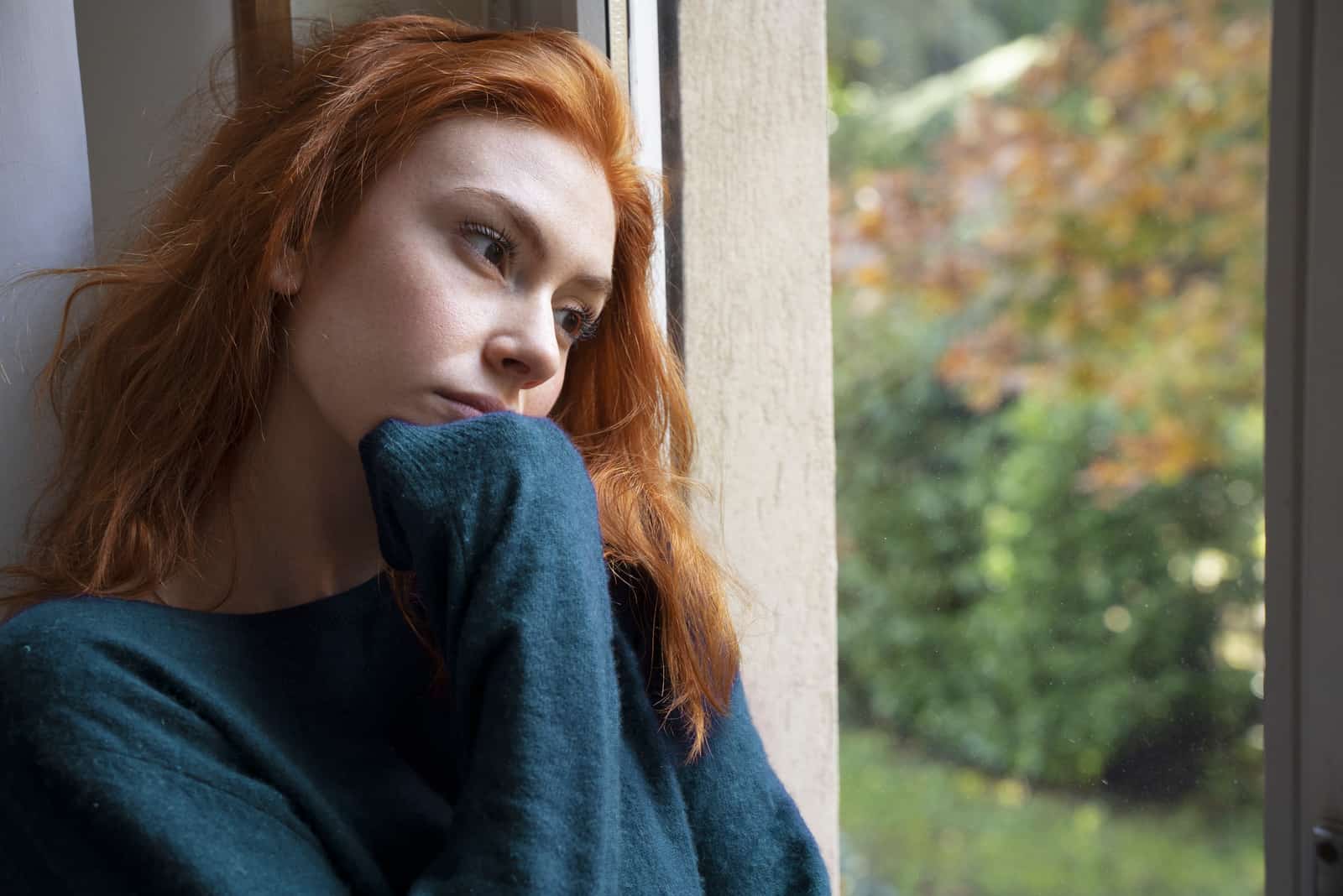 Forcing and happiness are two terms that don’t go well together. Forcing someone to do anything will only backfire. When that happens, your pursuit of happiness turns into a dead-end street.

You get stuck in your thoughts, overthink, imagine things, and hope that you’ll succeed in getting their attention. Let me tell you one thing (or two things):

You’re too priceless to beg for attention.

You’re too glorious to be half-loved.

If they don’t understand that, then they certainly don’t deserve to be part of your life. It’s that simple.

2. Wasting your time is one of the biggest sins

If there’s one thing we so often take for granted, it is TIME. I’m not sure if we do it subconsciously or if we’re convinced that we have all the time in the world.

Well, we do until we don’t.

Yes, it’s confusing because life is a mystery in itself, but one thing is sure: Wasting your time on someone who is not worthy of your attention is one of the biggest sins.

I admit that I was guilty of committing the same crime, like the majority of you, my fellow readers, and I’m not sure if I’ll ever be able to forgive myself for it.

Stop caring about someone who doesn’t care about you. Stop wasting your time when you could be boosting your potential by focusing on things that will significantly improve your life. Sorry, but forcing someone to talk to you is certainly not one of them (sarcasm intended). 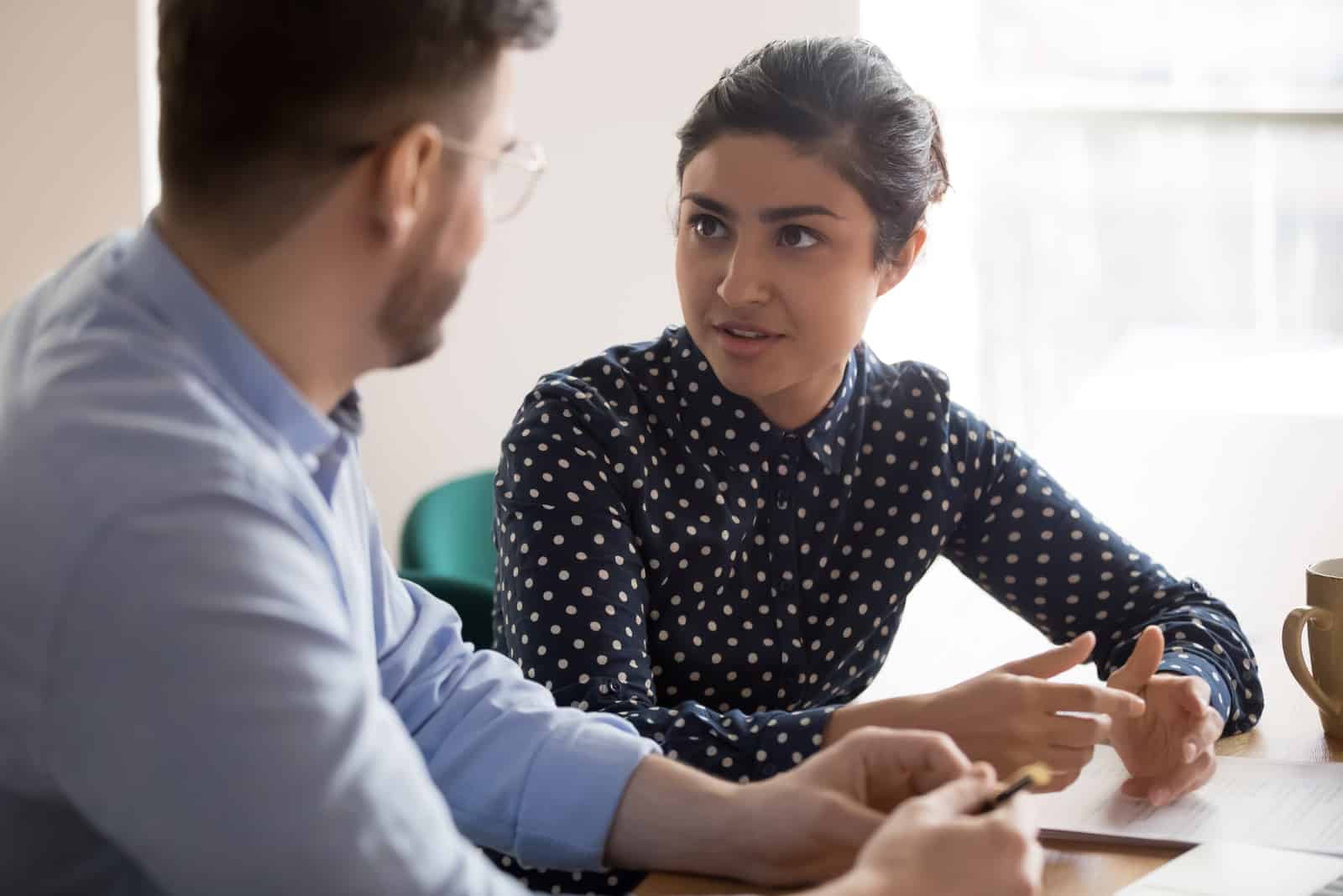 I’m pretty sure that all of you are familiar with the fact that healthy communication is the basis of every healthy relationship. This leads us to another hypothesis:

Yes, you might have arguments or passive-aggressive tendencies, but they usually don’t last for long, and you don’t end up forcing one another to talk to each other.

If you do, then you know your communication patterns are toxic, and it’s only a matter of time before this will negatively affect your well-being.

4. The more you force things, the worse it gets

Yup. The more you chase them, the further out of reach they get. The same thing applies to interaction. The more you force it, the worse it gets.

So, do yourself a favor and never force anyone to talk to you. It’s better to walk away from such people than continue living your life in misery.

I remember when I couldn’t stop asking myself, Why is he suddenly ignoring me? Did I do something wrong?

The more I overthought and tried to get him to talk to me, the worse it got. When I finally gathered the courage to save myself from this toxic pattern, I’d realized that being single is not that bad after all.

It’s ten times more rewarding than forcing someone to talk to you when you’re obviously not meant to be.

5. Forcing things forces you to sacrifice your self-worth

If you ask me, forcing things (be it communication or something else) is like questioning your self-worth and letting the other person know that they are in control of your happiness and well-being.

Why would you do such a thing to yourself? Why would you sacrifice your self-worth for someone who doesn’t (or doesn’t know how to) appreciate your presence?

Never force anyone to talk to you.

Believe in yourself. Believe that you deserve reciprocity and not crumbs. Stop pushing yourself to believe that forcing things should be considered normal or desirable. 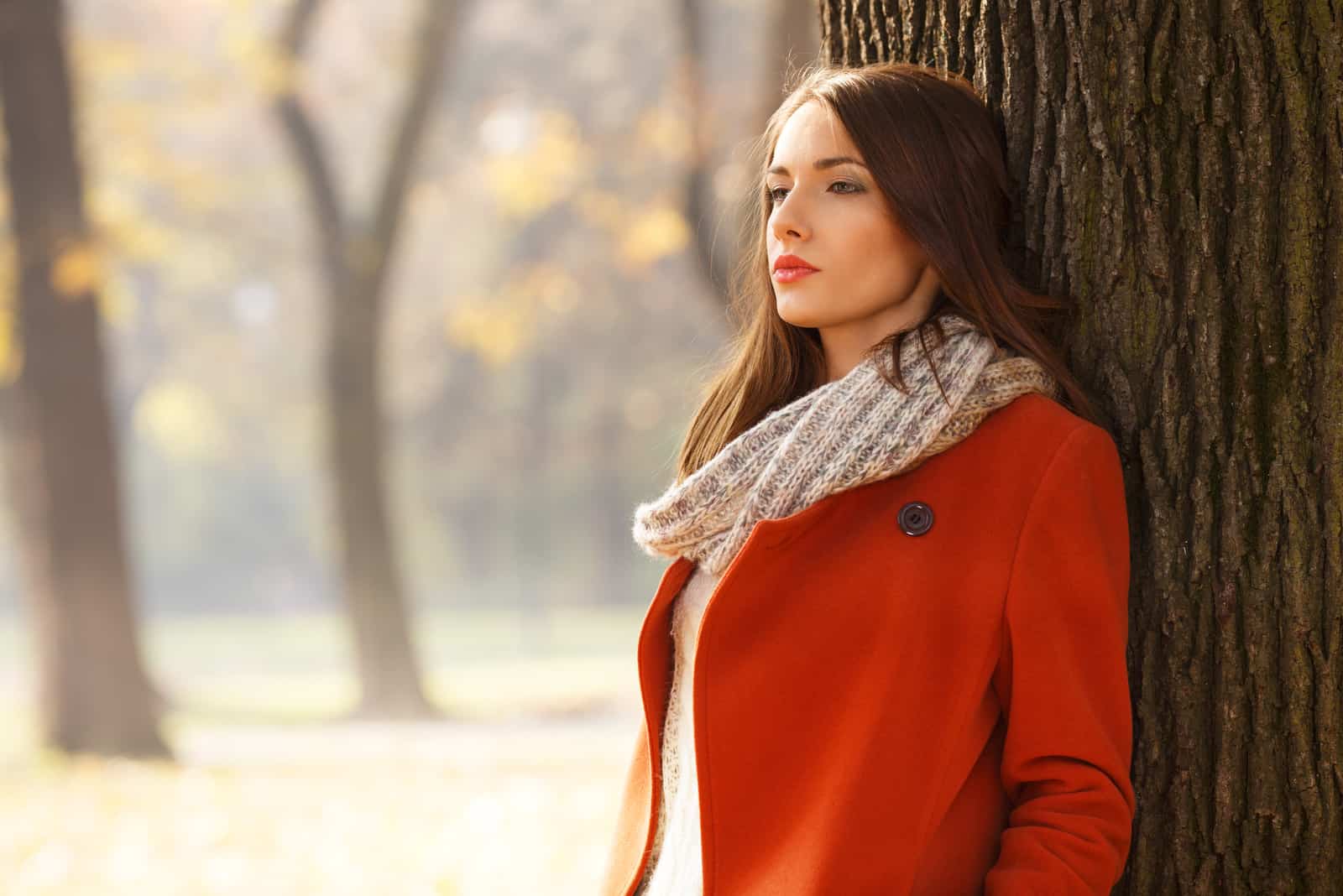 No, love can’t be forced, and we can’t buy attention by forcing someone to notice us. So, don’t try to force your loved ones, friends, colleagues, or strangers to talk to you.

Here are the four life lessons that I learned the hard way:

Just let it be, and if it’s meant to be, it will be. With that said, here’s one of the most powerful unrequited love quotes by Christina Westover: “Unrequited love is the infinite curse of a lonely heart.”

7. It’s a form of emotional abuse

Forcing someone to talk to you is a form of emotional abuse because this means texting them frequently, perhaps stalking them, calling them, or arguing with them.

By not forcing them to talk to you, you will respect their privacy, boundaries, and, most importantly, protect yourself.

8. If you have to force interaction, it means you’re NOT on the same page

“Love is like a lost fart. If you have to force it, it’s probably shit.” – Stephen K. Amos

I don’t know about you, but the above quote sounds totally relatable. The same thing goes for interaction. If you have to force someone to talk to you, it probably means you’re not compatible.

Perhaps they are a serial dater, fake friend, suffering from mental illness, or an emotionally unavailable person who is more scared of feeling things than of death. Whatever the reason, understand that forcing it will only make things worse.

9. It creates a toxic environment 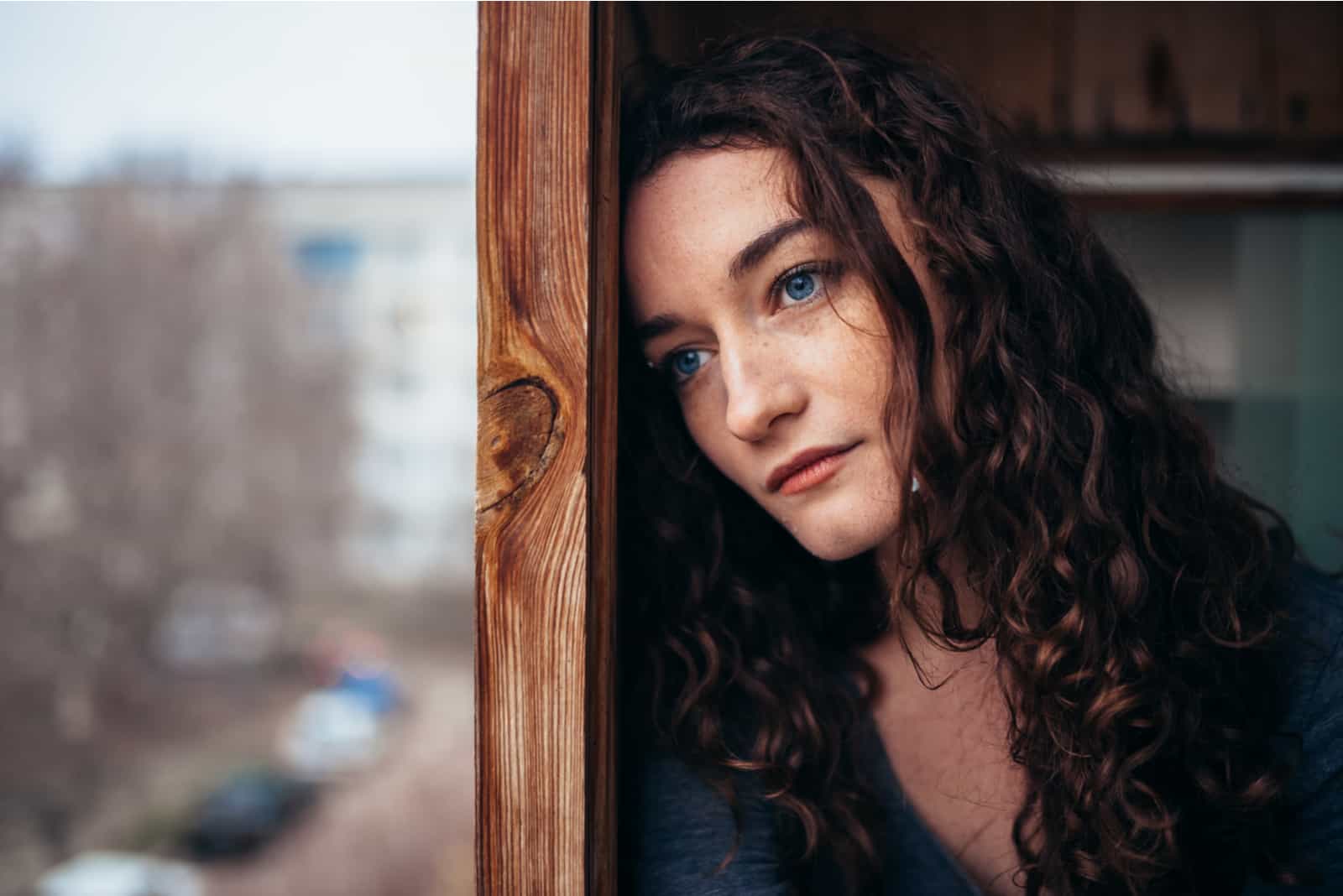 Regardless of whether it is a romantic relationship or friendship, forcing creates a toxic environment that can seriously affect your sanity and well-being in general.

You become unable to think of anything else but getting them to talk to you. You constantly work on creating a perfect plan and implementing impeccable tactics that will open them up to you.

But what happens instead?

10. You deserve to be in a reciprocal, healthy relationship

The number one reason you shouldn’t force anyone to talk to you is that you deserve to experience the beauty of a healthy relationship.

Learn to love yourself. Remember that you’re worthy of being heard, answered to, and loved.

You deserve to be with someone who inspires you to become a better person instead of someone who will force communication. Life is too short to force things, so live genuinely and with dignity.

Top 10 Never Force Anyone To Talk To You Inspirational Quotes 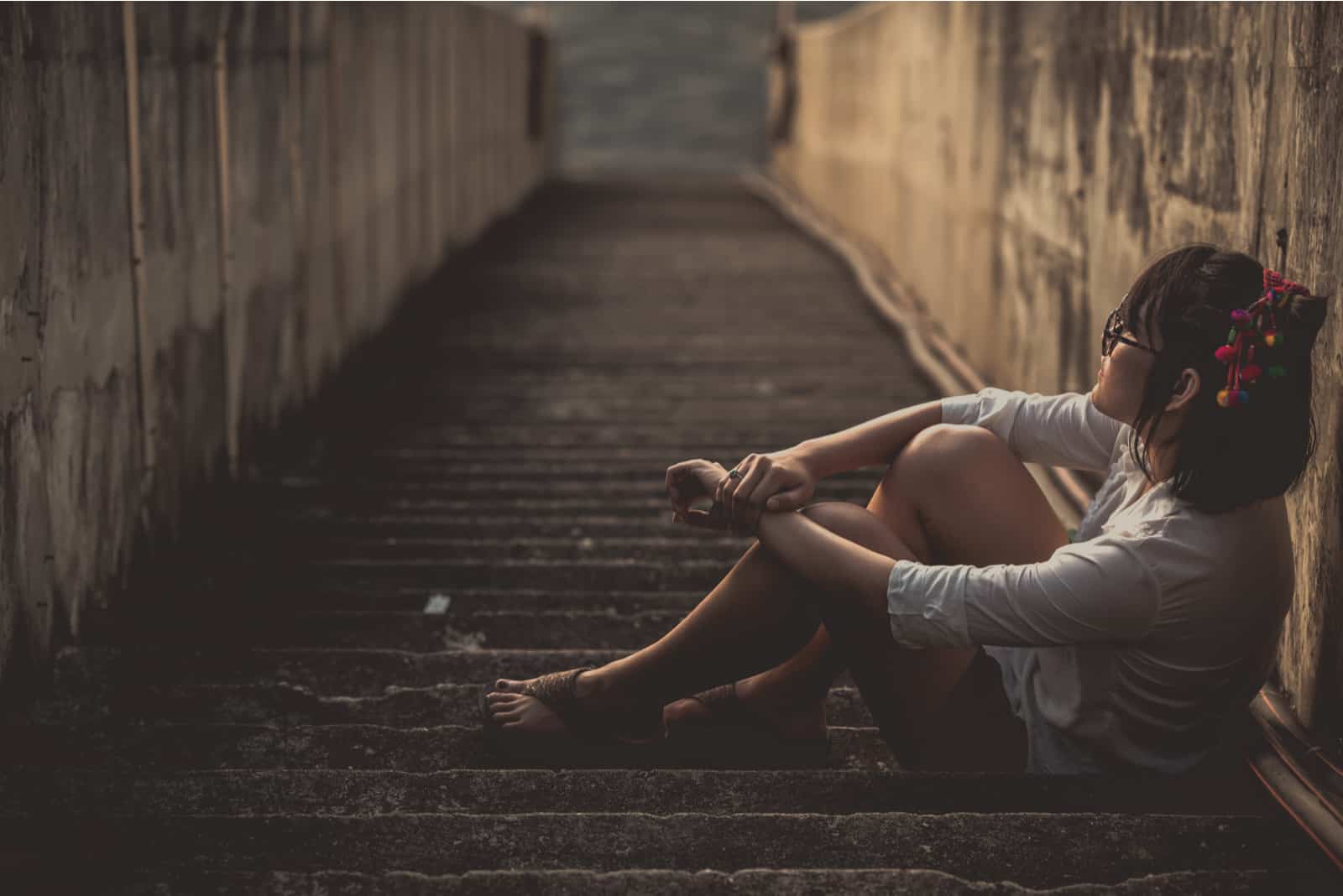 If you’re looking for extra motivation regarding forcing things, below ,you’ll find some relationship quotes, sad quotes (and some less sad quotes). You can use these motivational quotes as Instagram captions or other captions on social media to spread positivity because sharing is caring:

1. “Don’t force anyone to talk about how they are feeling or to tell you something. Just give them their space and time, and if they feel like telling you, then they will tell you on their own.” – Neha Maurya

2. “I am so tired of people and myself that I don’t force anyone to stay or talk to me. If you want to stay or talk, you’re most welcome. If you don’t want to talk or stay, you are good to go. I won’t force you because I am tired of wasting my energy on people who don’t even care or deserve it.” – Unknown

3. “Don’t force someone to make time for you – if they really want to, they will.” – Unknown

4. “Like anything, you don’t force kids to cook. It just becomes a part of life – have them be around it, keep them informed – talk about it. I try to relay my passion for it in these ways. The second you try to force anything on your own kid, they rebel.” – Tedd English

6. “I’m at that point in my life where I don’t force communication with other people. You wanna talk to me? Great, we can talk for hours on end. You don’t wanna talk to me? That’s chill too. I’ll be fine with or without you.” – Unknown

7. “You can’t force raging water to be calm. You have to leave it alone and let it return to its natural flow. Emotions are the same way.” – Thibaut

9. “Do your best, then adopt a ‘whatever happens, happens’ mindset. Don’t try to force things. Just let go and allow the right blessings to flow.” – Marcandangel

10. “Our patience will achieve more than our force.” – Edmund Burke

Instead Of Forcing Someone To Talk To You, Do THIS… 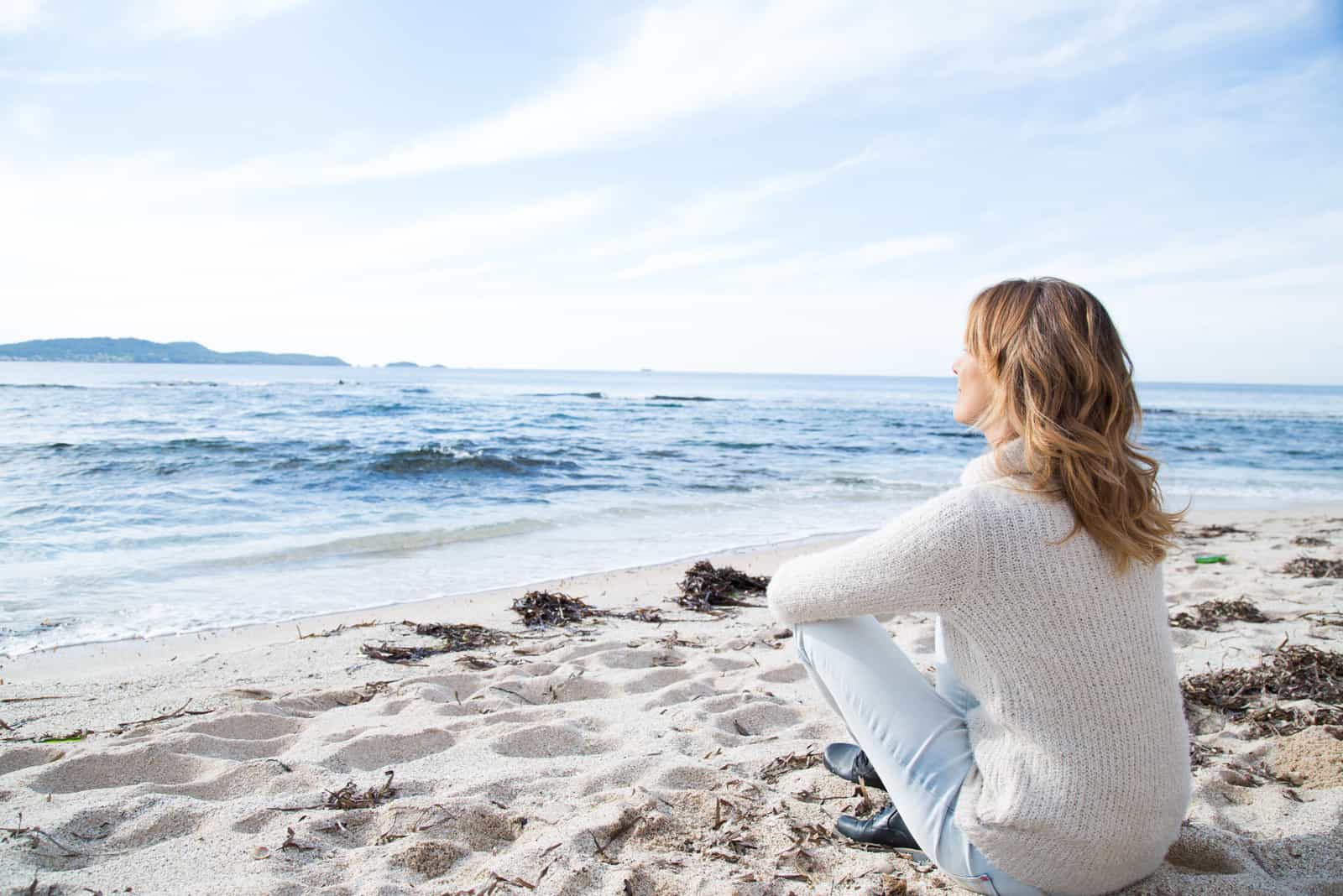 Instead of forcing someone to talk to you, choose to give them space. If they don’t reach you on their own, don’t beg or force them, but move on.

I’ve implemented these “life hacks” multiple times, and they work perfectly. Those who weren’t meant to be in my life didn’t contact me, and I couldn’t be more grateful for that.

Find the courage to move on when you feel unwanted, and life will reward you with those who are meant to be in your life.

Here’s another thing you should do that is related to your well-being and the quality of your future relationships.

When you find yourself forcing someone to talk to you, don’t forget to ask yourself the following questions:

There are plenty of other questions you could ask yourself, but the above ones are some of the most important. In other words, you need to understand why you have this tendency to force others to do things.

This could be related to childhood trauma, being neglected by your parents or others close to you, low self-esteem, and so on. If you have this constant urge to fight for other people’s affection and prove to them that you’re worthy of love, it’s time to start working on yourself.

It’s time to love yourself a little bit more. Self-love affirmations and meditation are also great boosters of self-love and confidence.

Never Force Anyone To Be A Part Of Your Life

Don’t overthink it. Don’t go out of your way to win other people’s approval and affection. If it doesn’t happen naturally, then you know it’s not right. Never force anyone to talk to you or be a part of your life because, if you do, happiness will bypass you.